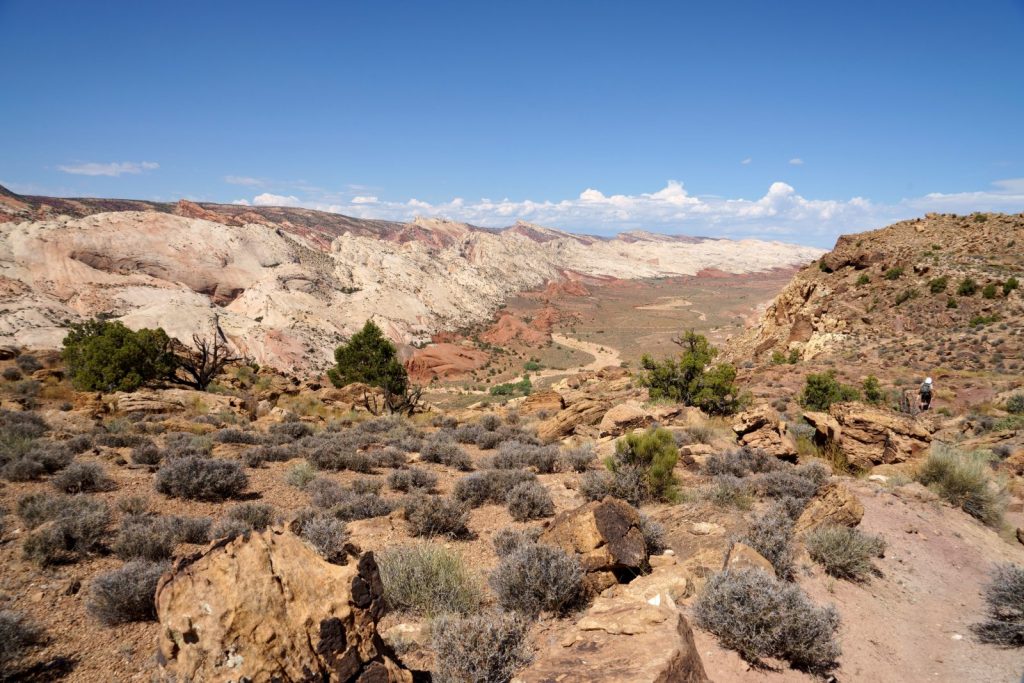 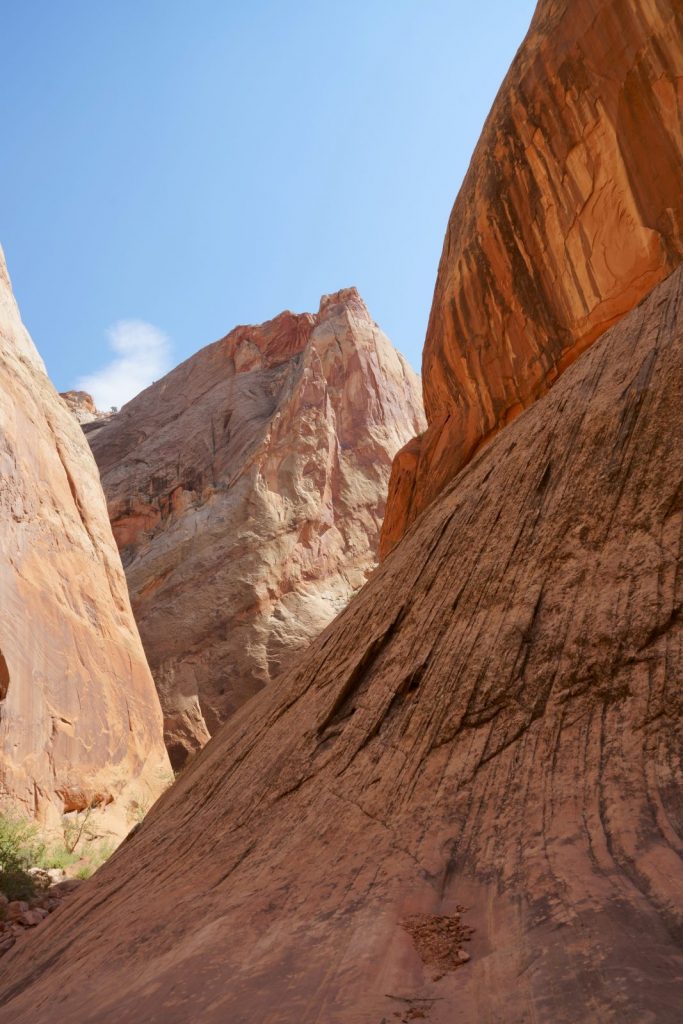 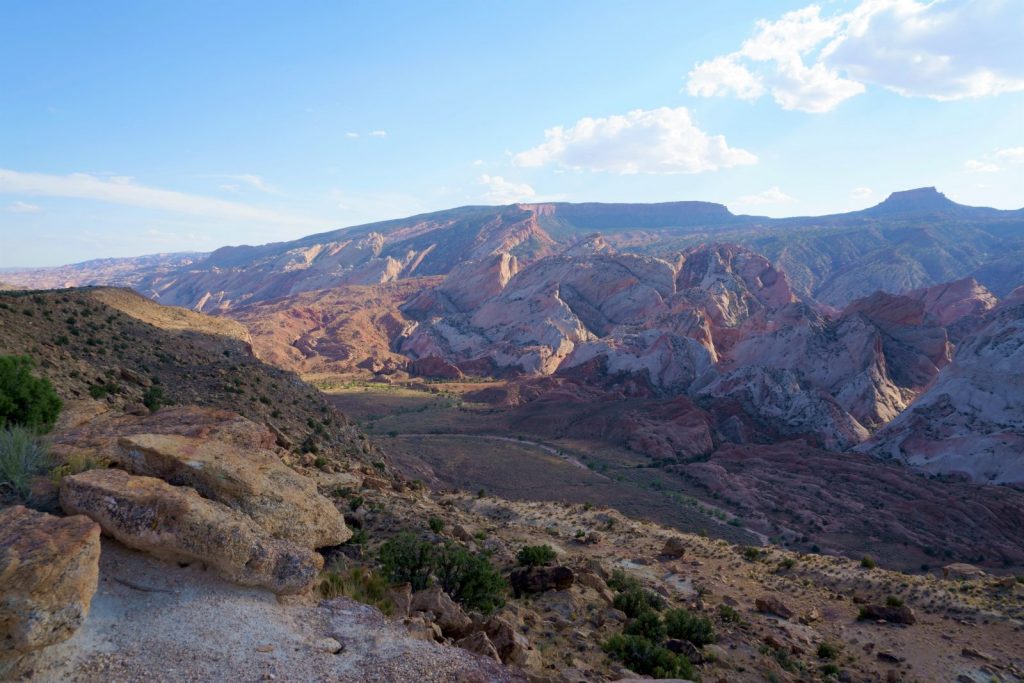 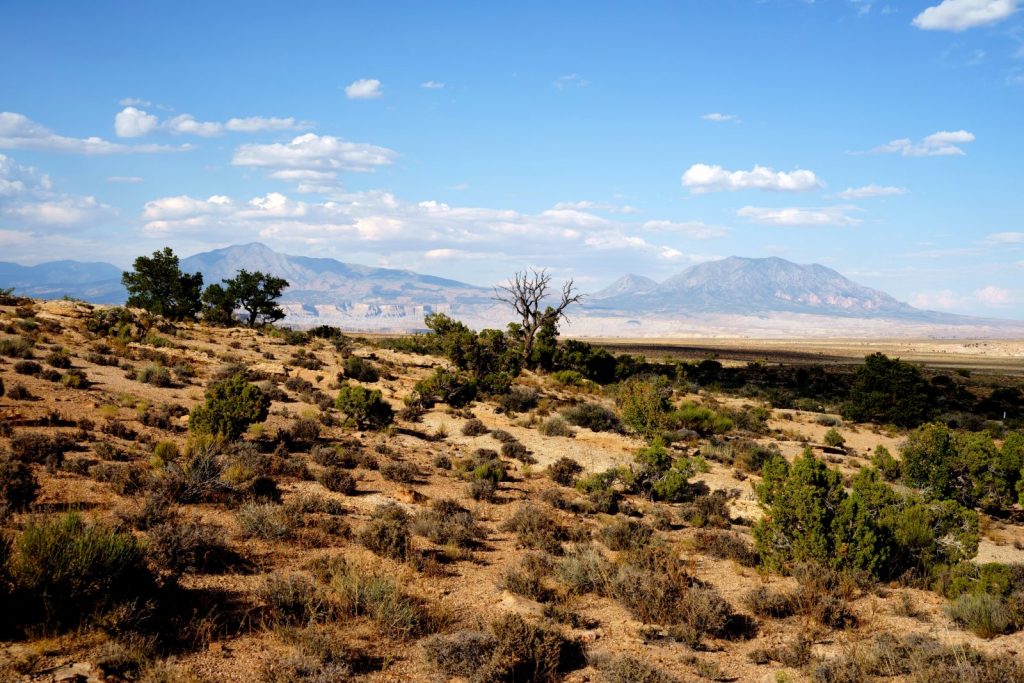 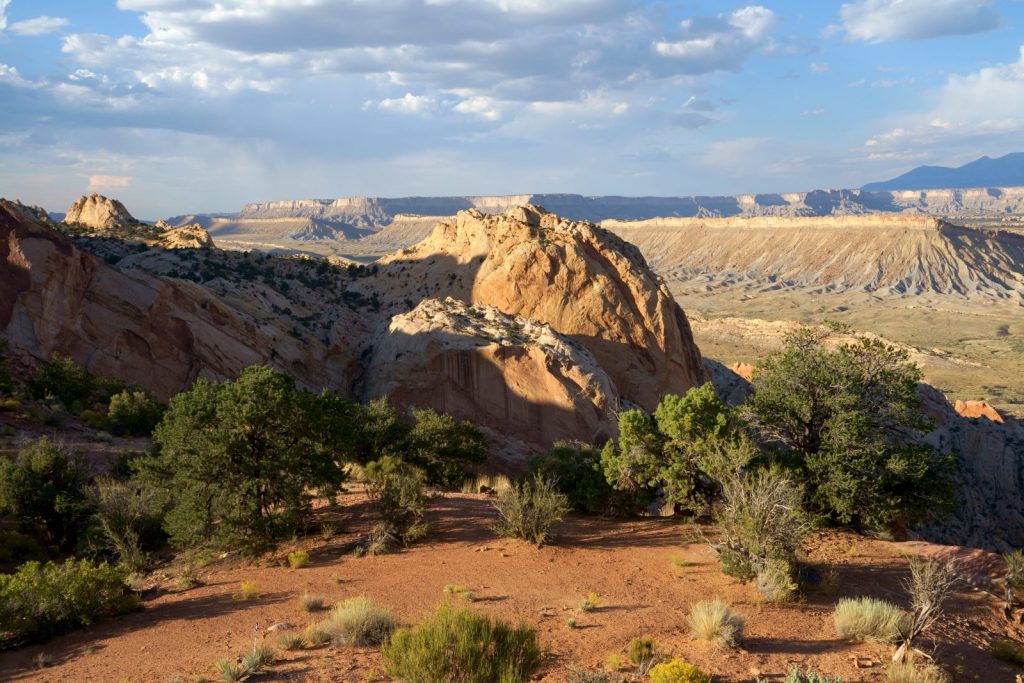 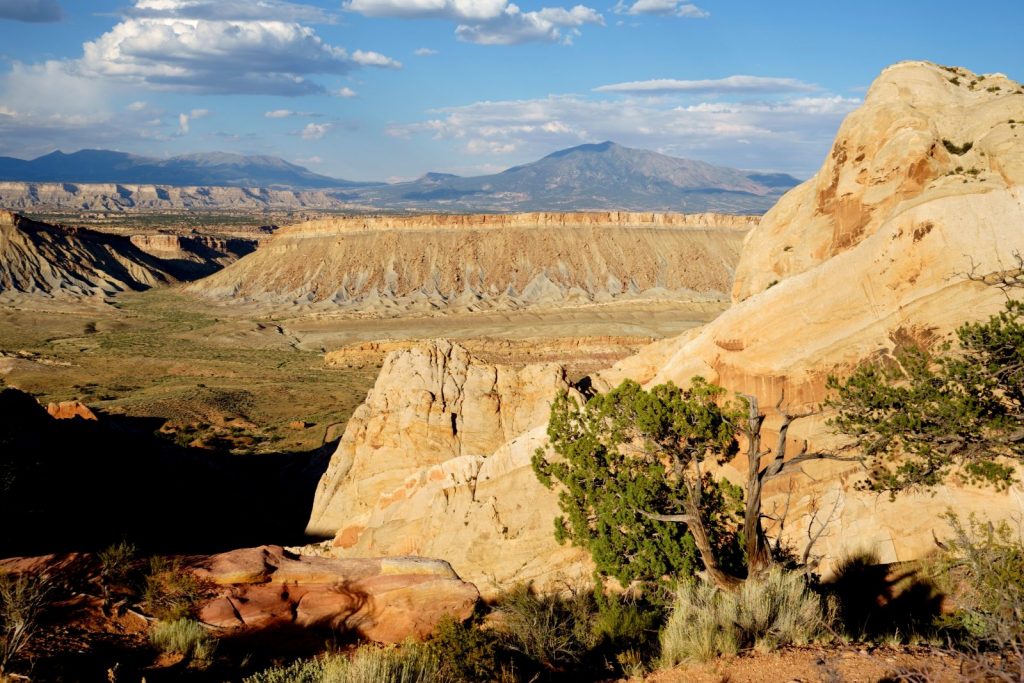 The Upper Muley Twist Canyon runs between the hard, white wall of the Waterpocket Fold, and the enormously bubbling, red walls of the Kayenta formation. The bottom of the canyon is nearly one thousand feet higher than the Hall’s Overlook, the sun was behind clouds in the morning, and we had wind in the afternoon. So the hike of the canyon was pleasantly warm. We found fantastic formations and arches hiking the canyon bottom.  We took a short side hike into a wonderful, narrow slot canyon. Then we climbed high to the top of the Waterpocket Fold and, for several miles, hiked along the white rim, climbing over high points and enjoying endless views of mesas, mountains and valleys. To the west, on the other side of the canyon, we enjoyed the views of the red, cottage-cheese Kayenta. Ryan and I agreed, this was one of the best hikes in the world. 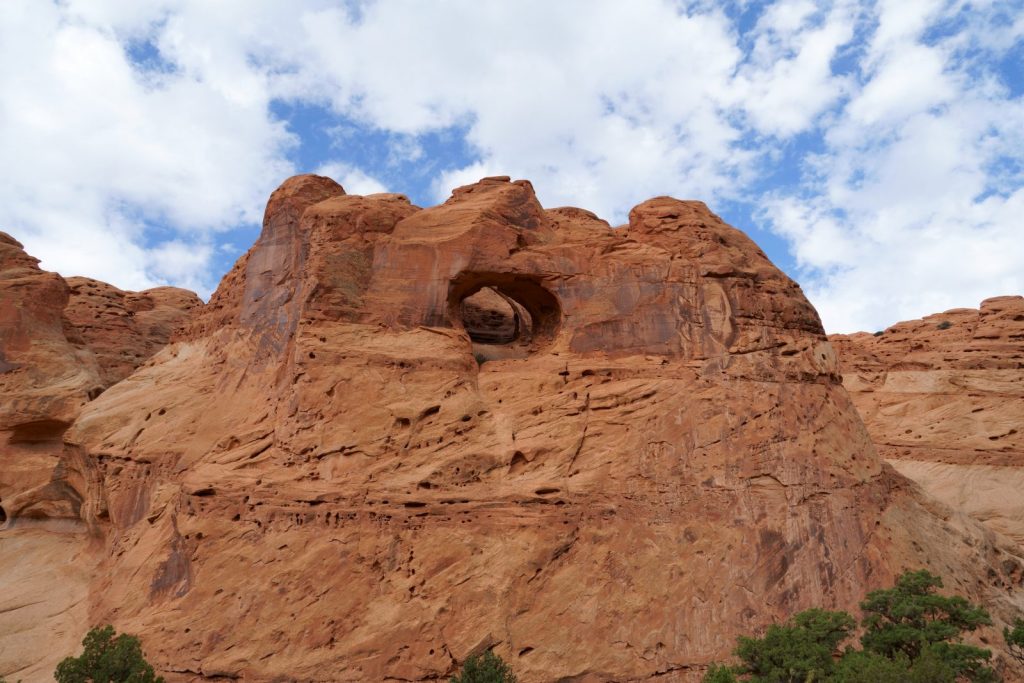 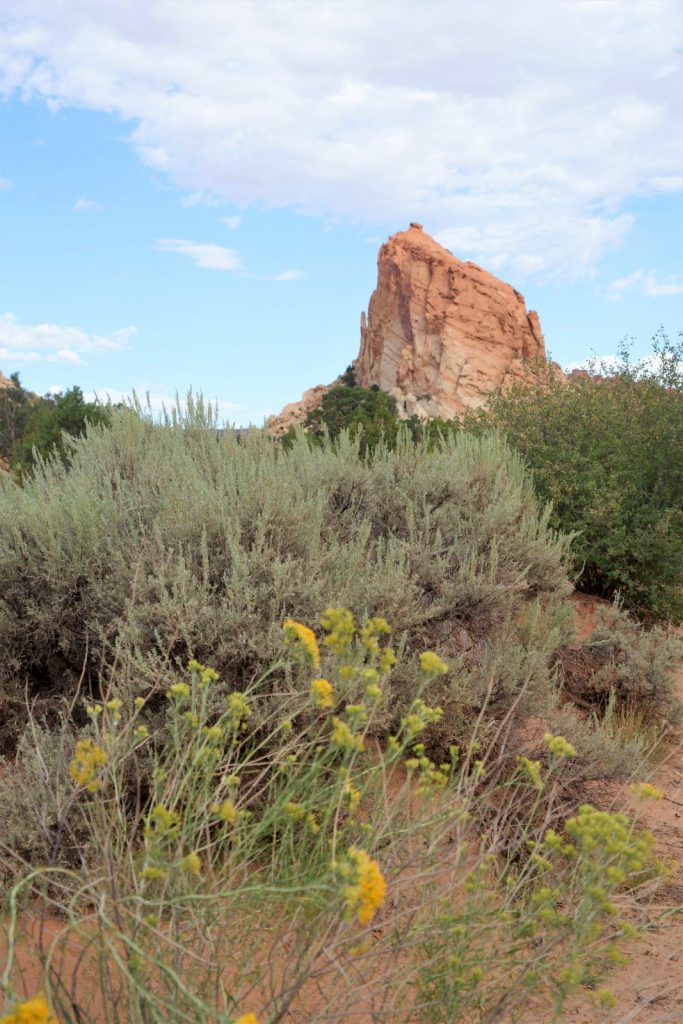 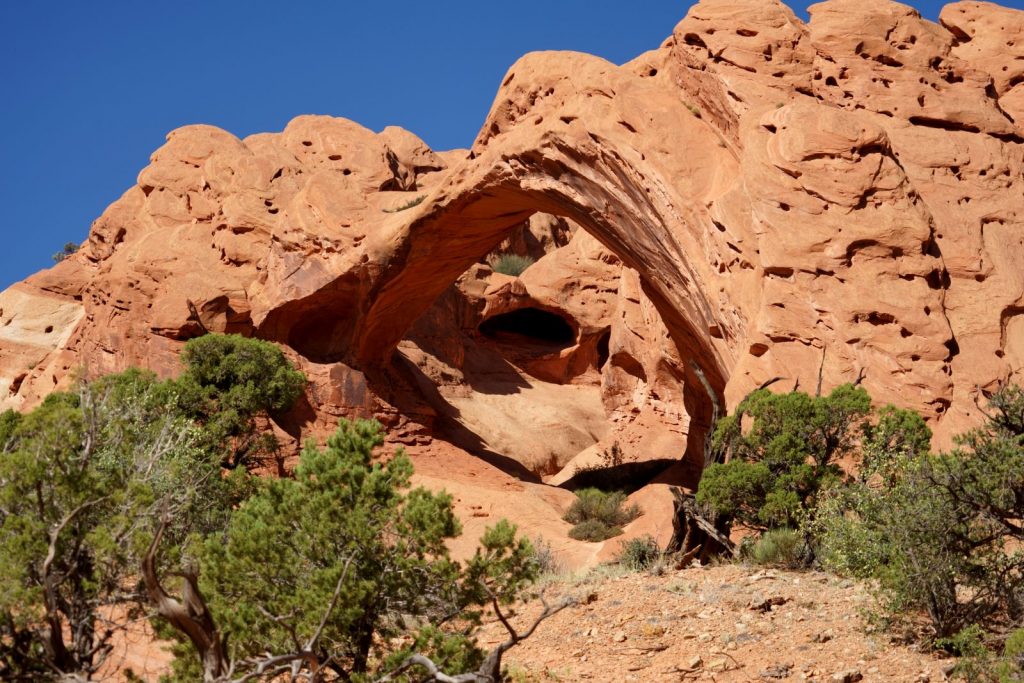 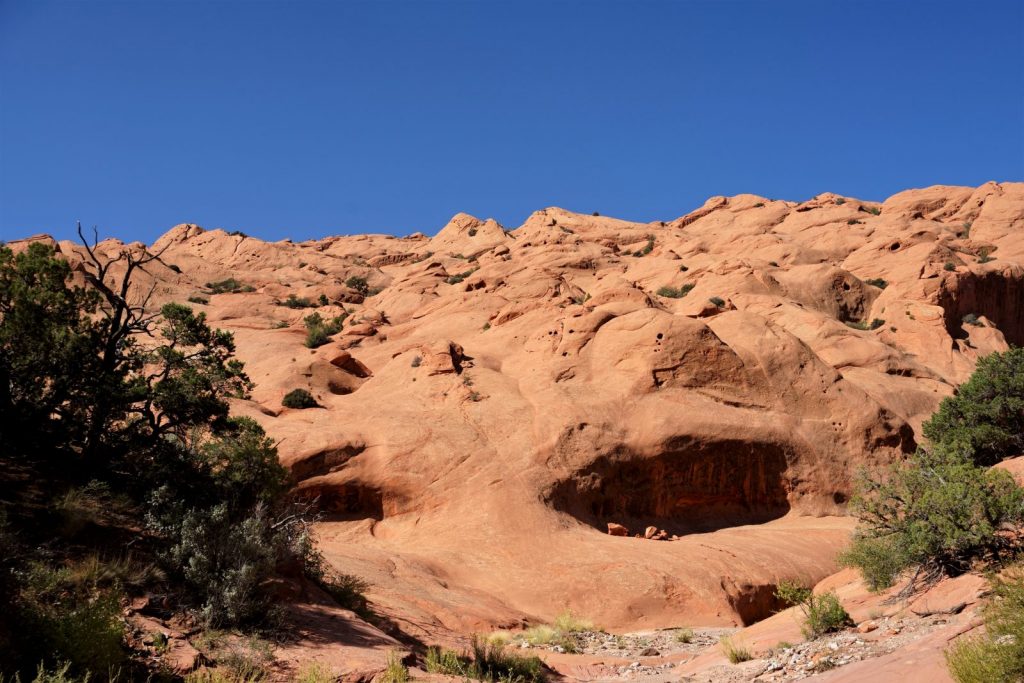 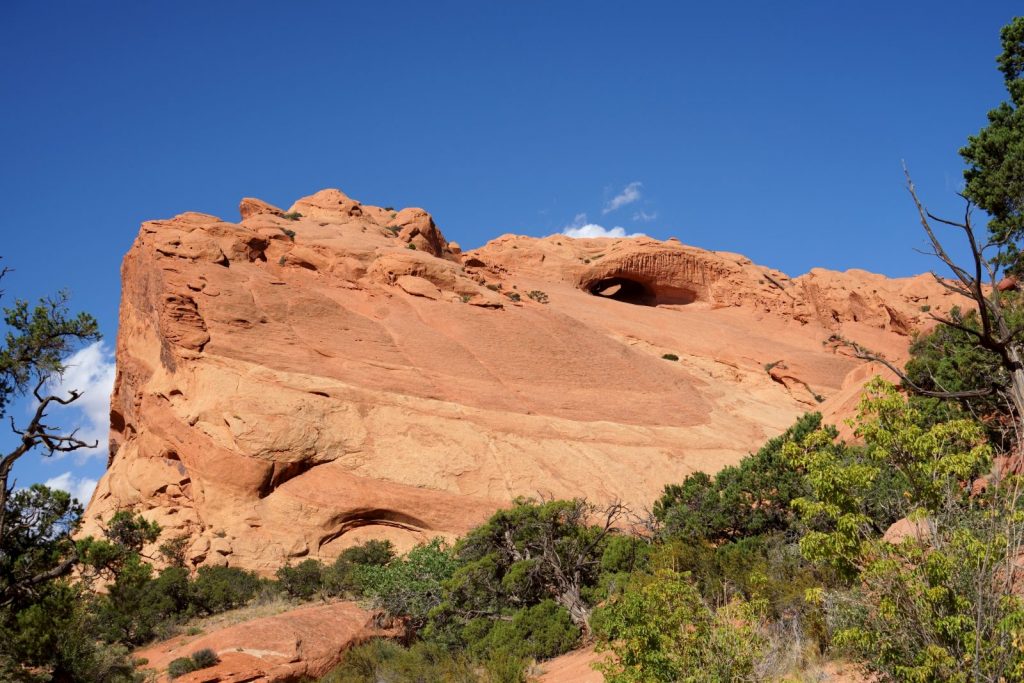 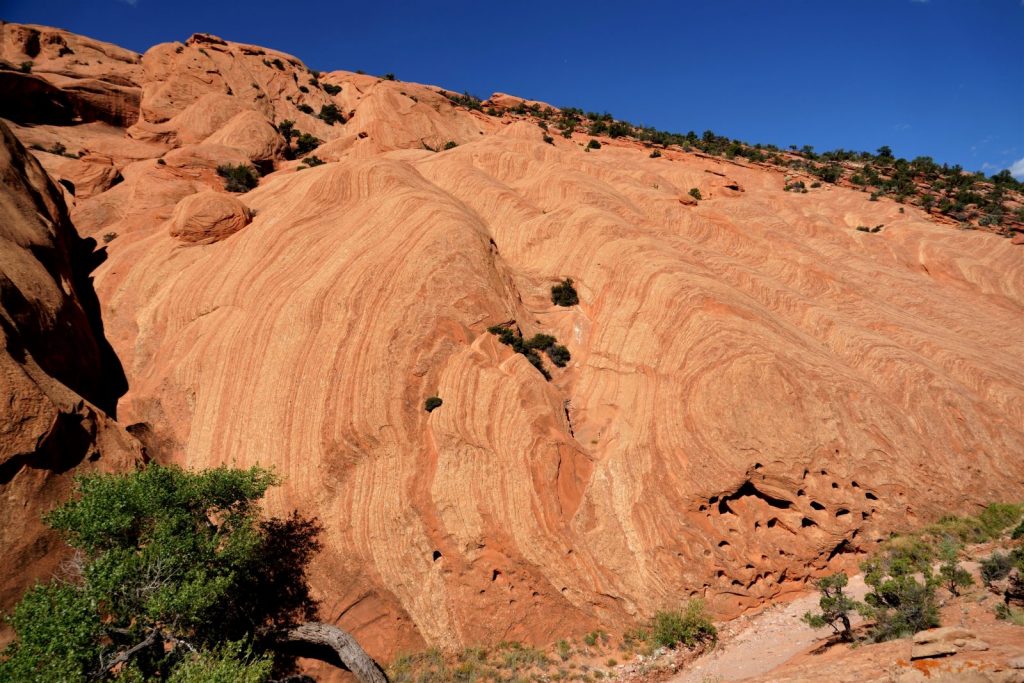 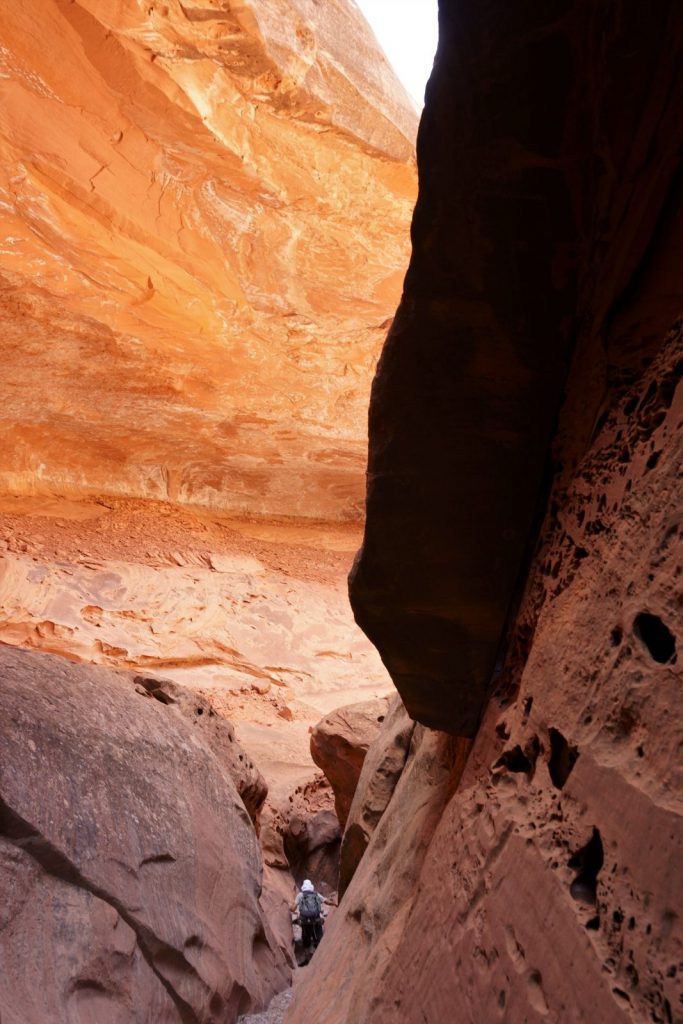 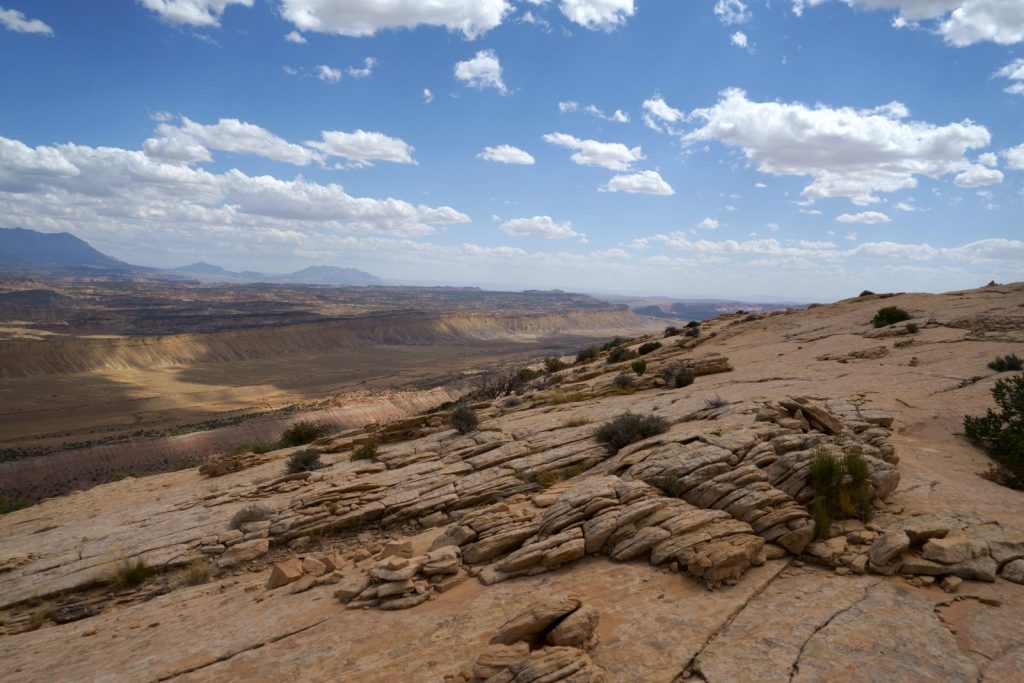 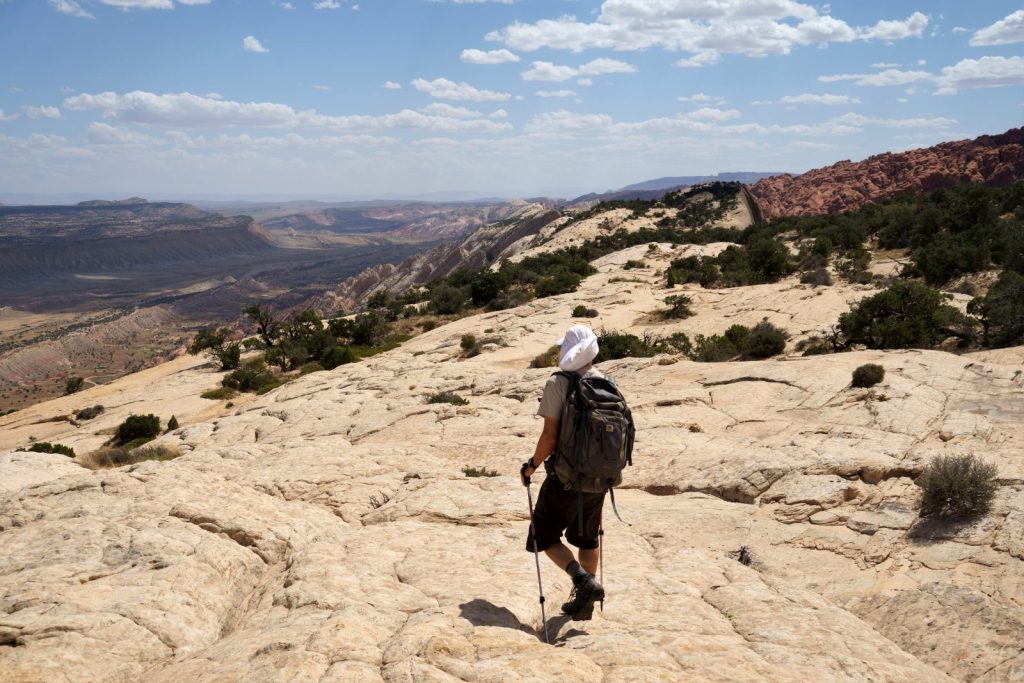 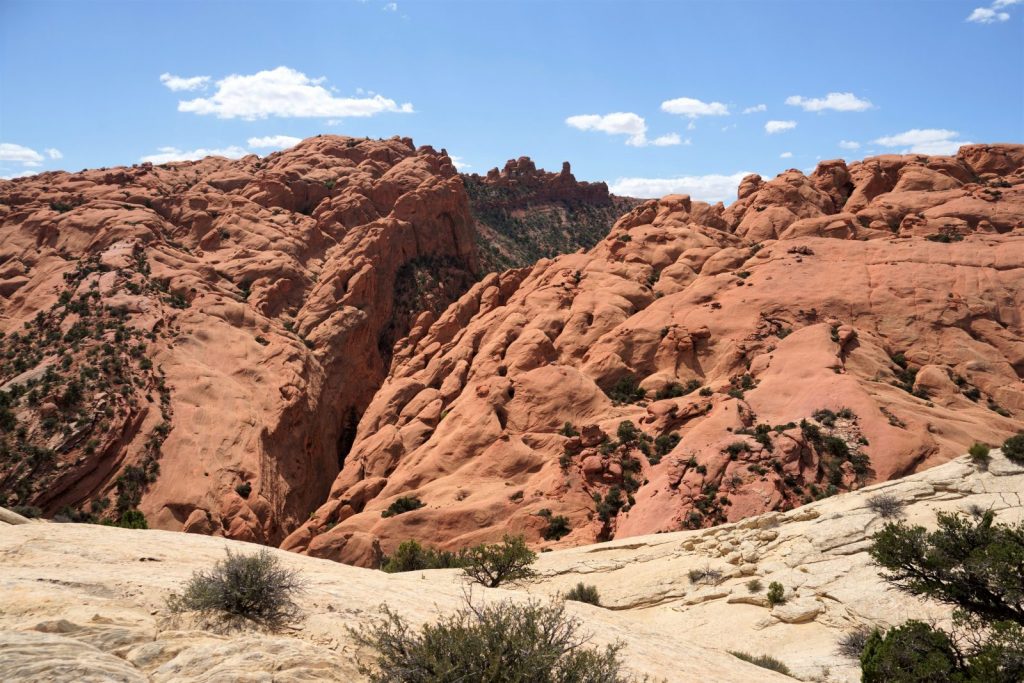 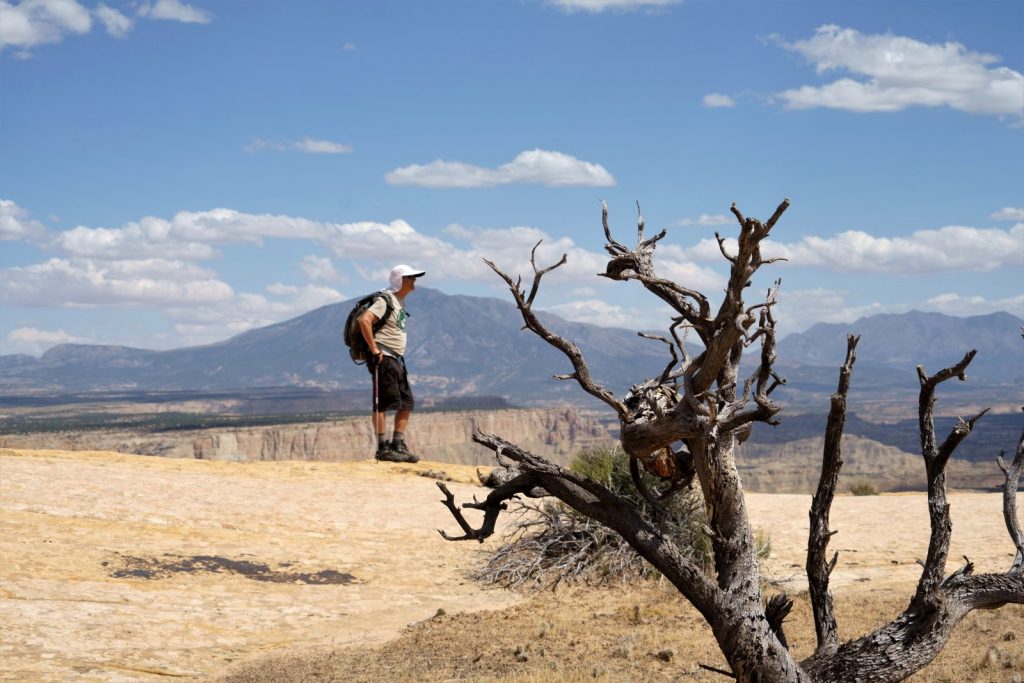 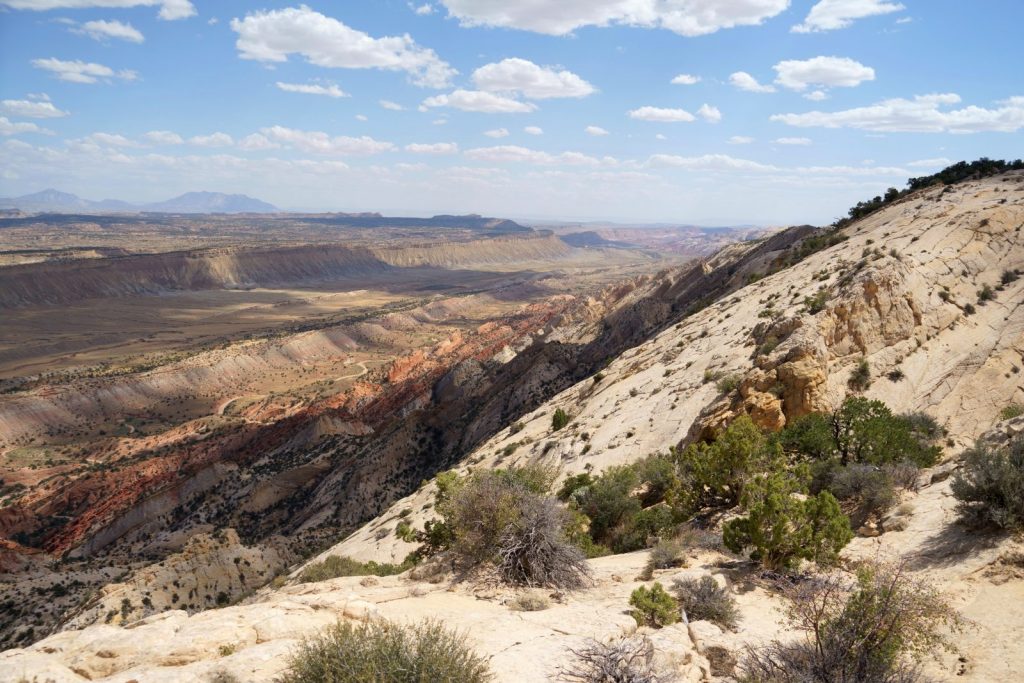 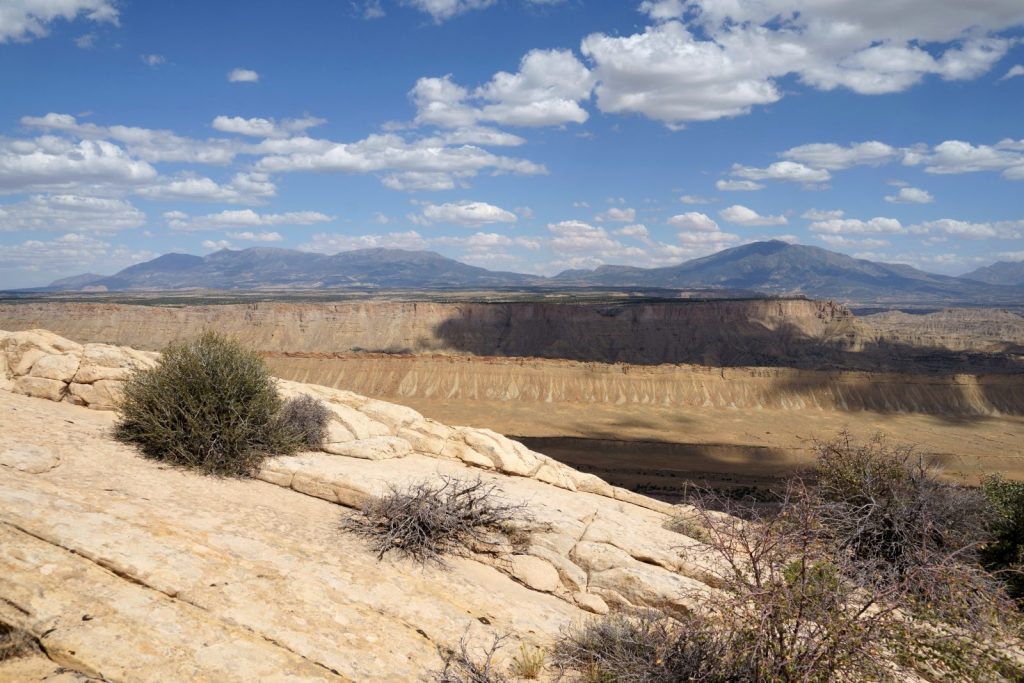 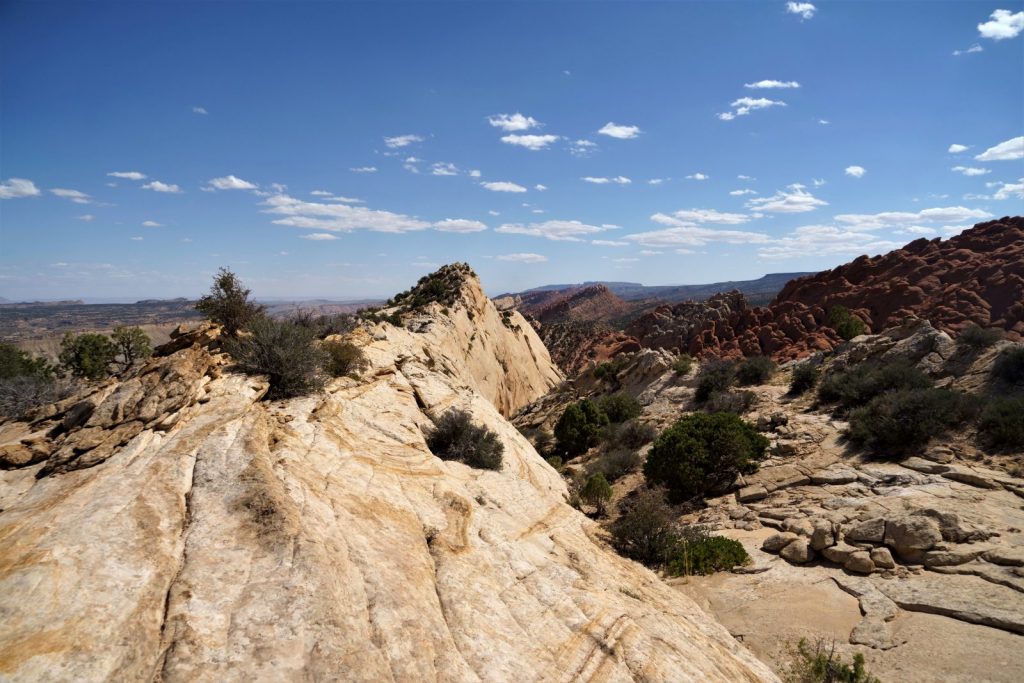 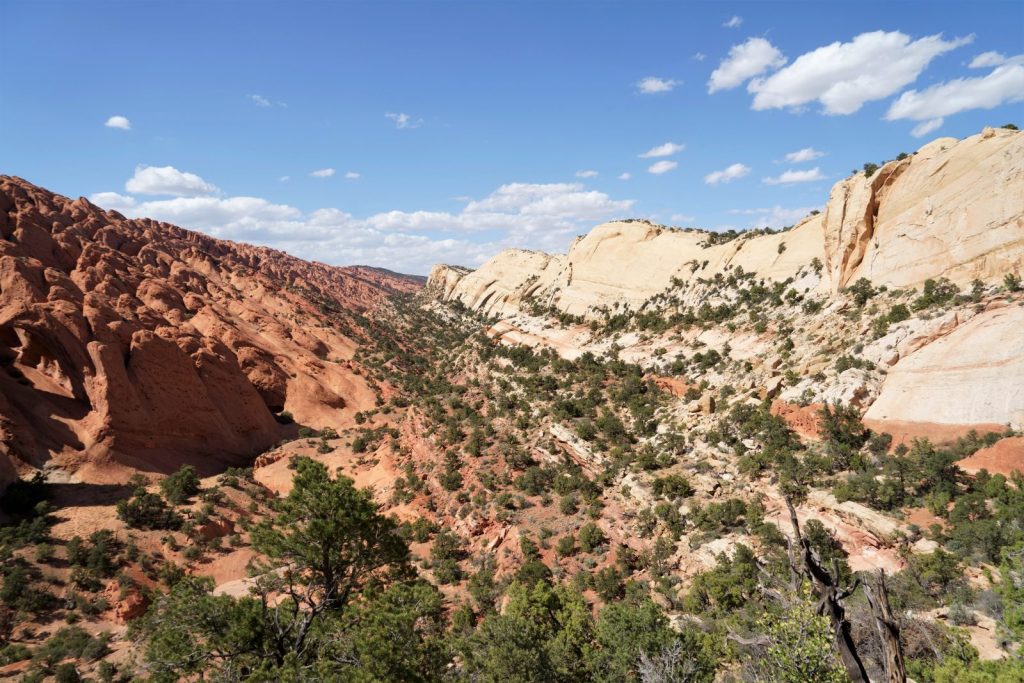 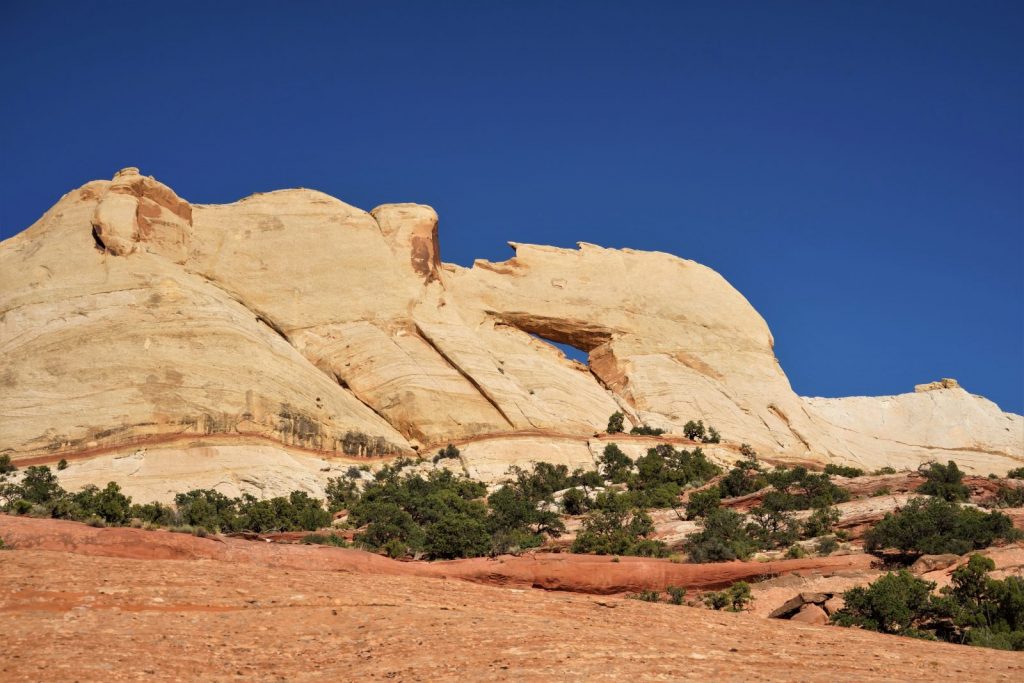