On July 18, Heeja and I climbed West Spanish Peak, a peak in the Spanish Peak Wilderness Area of Colorado, with a summit at 13,625 feet above sea level. The climb involved a two and a half mile hike through the forest and a final, steep one mile climb up the rock face of the mountain.  We climbed slowly, working our way vertically over the boulders and scree.  From the top we could vaguely see Wheeler Peak in New Mexico through the haze.  To the north, we could see the adjoining fourteeners, Little Bear and Blanca, in the Sangre de Cristo Mountains. To the west, there was another ridge of snow-capped peaks with the fourteener Culebra anchoring it on the southern end. To the east, we saw endless plains. 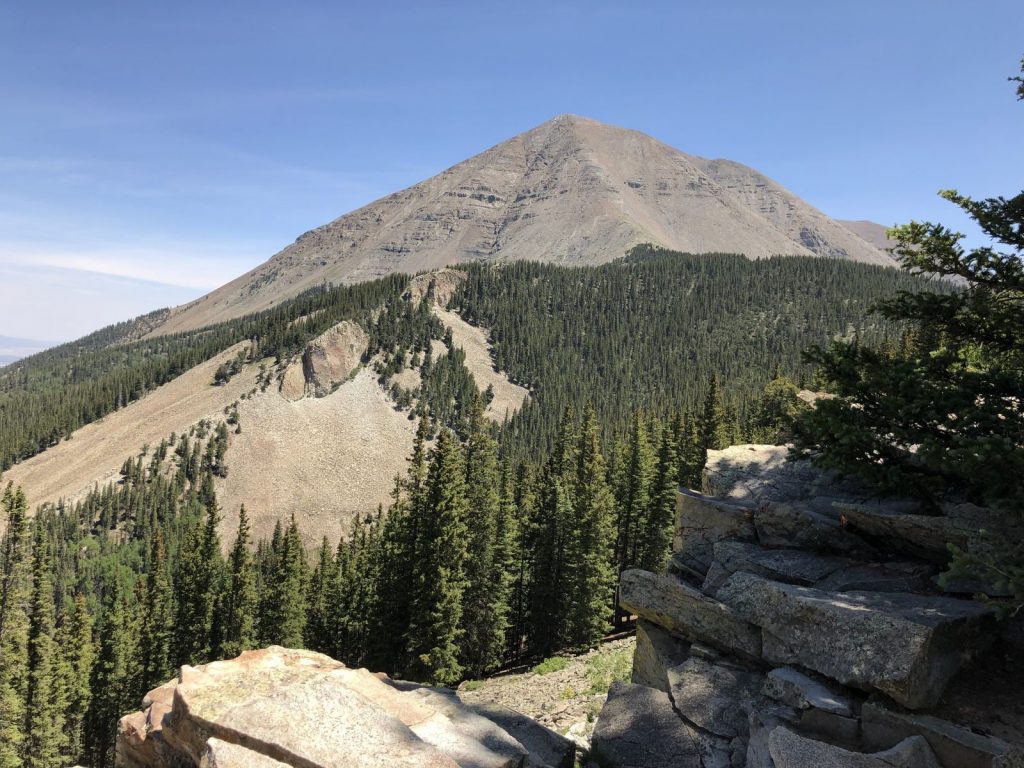 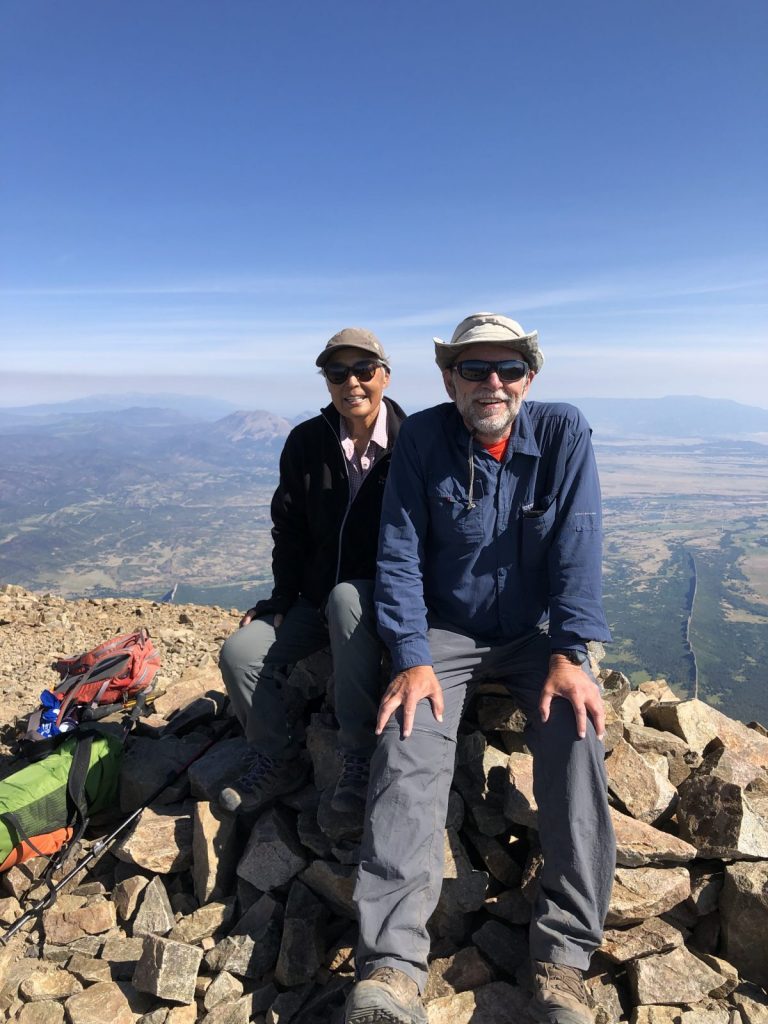 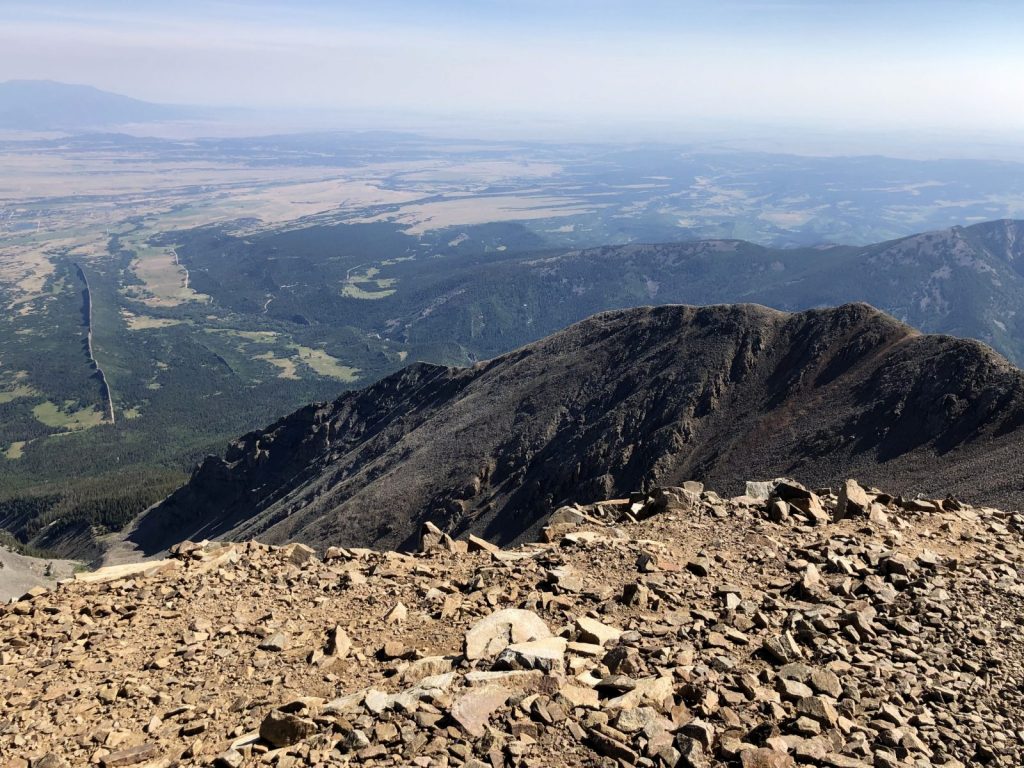 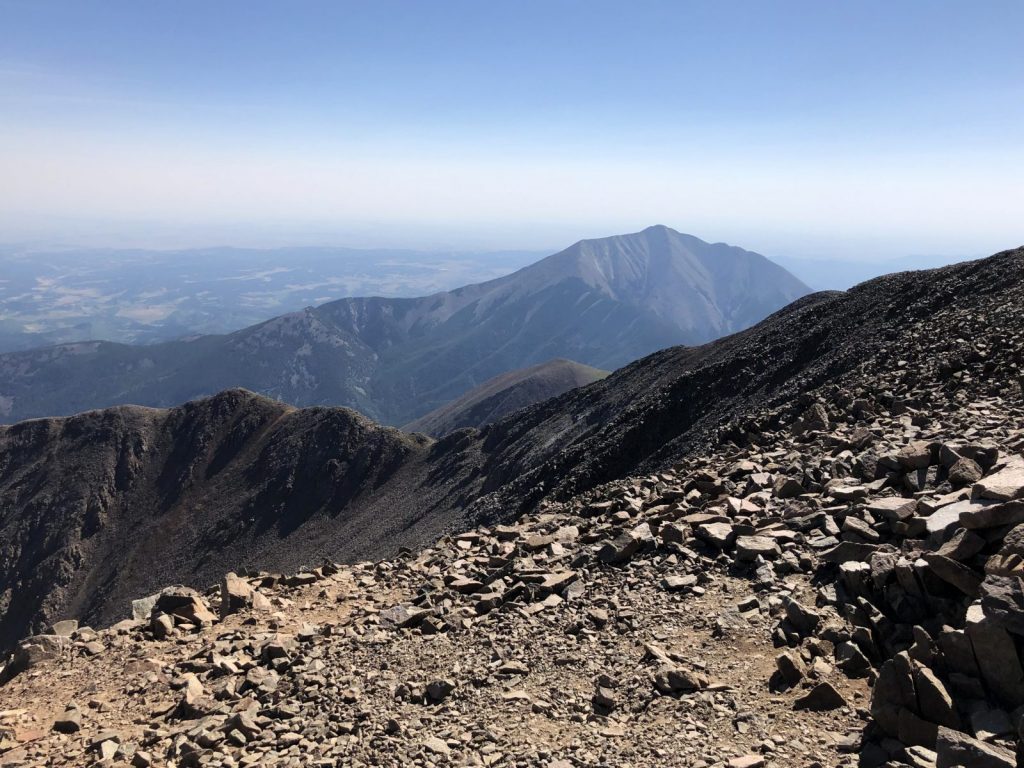 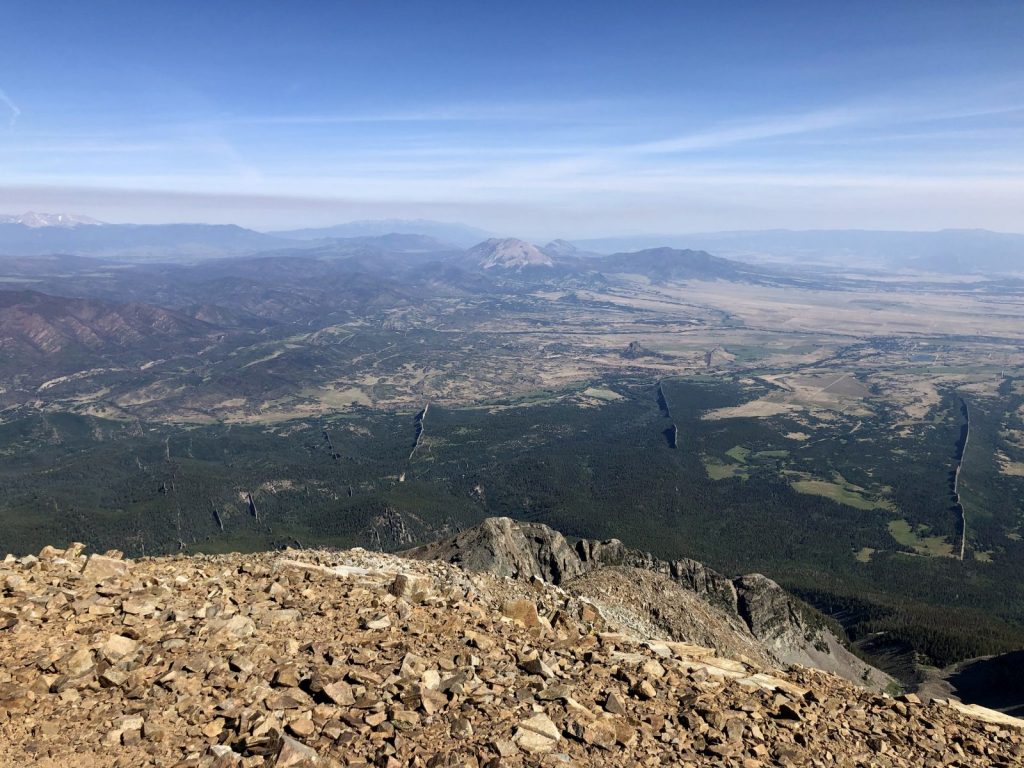 After celebrating on the top with other climbers, we began the difficult, rugged descent down the mountain.  As we descended, we spotted a large collection of yellow spots below us.  As we got near them, we saw it was a group of over seventy, middle-school age children with yellow t-shirts which said Camp Salvation.  When we were almost at the bottom, the leaders released them to stream up the mountain.  Further down, we looked back and saw they were moving quickly up, practically devouring the mountain at a rapid rate. 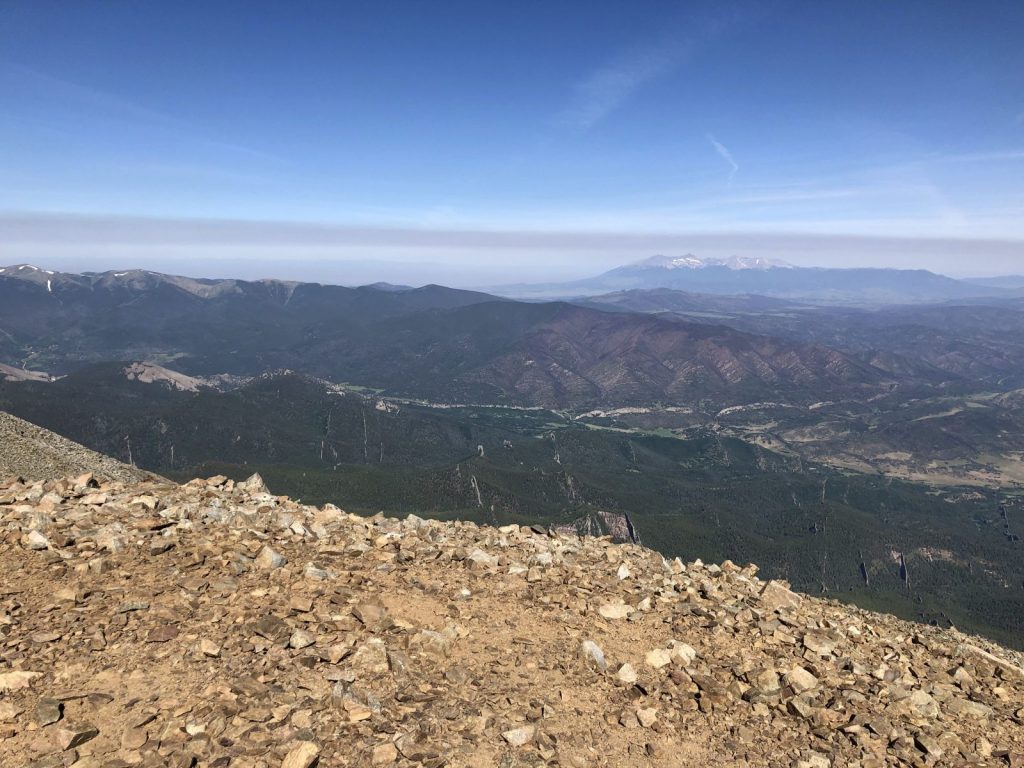 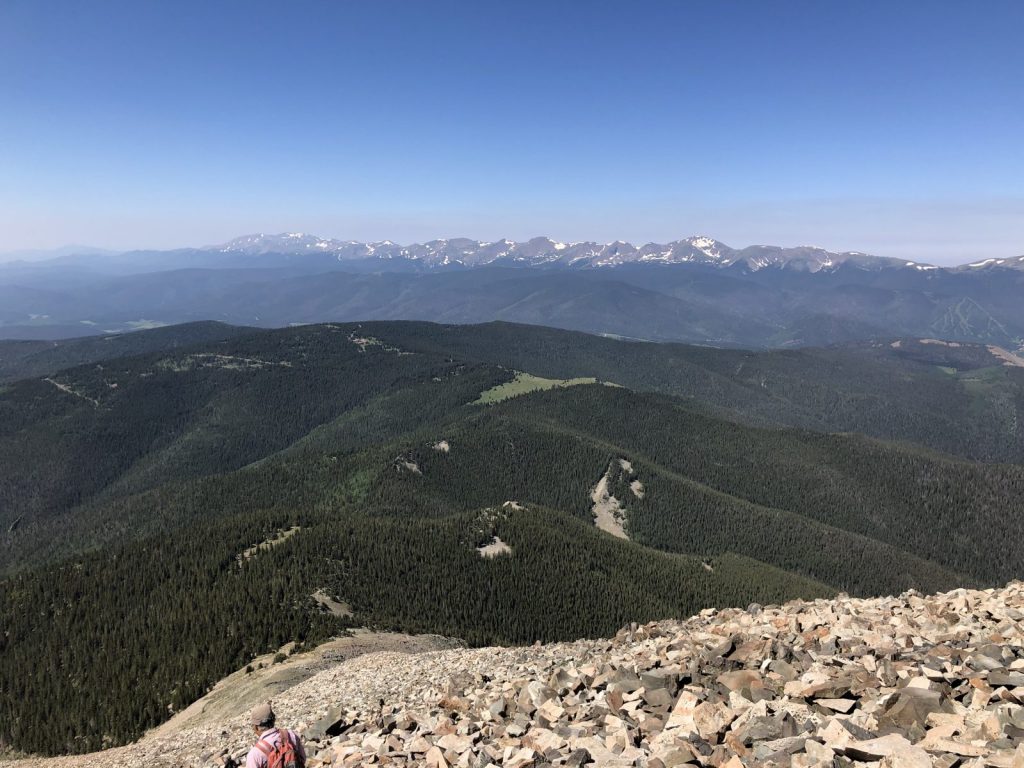