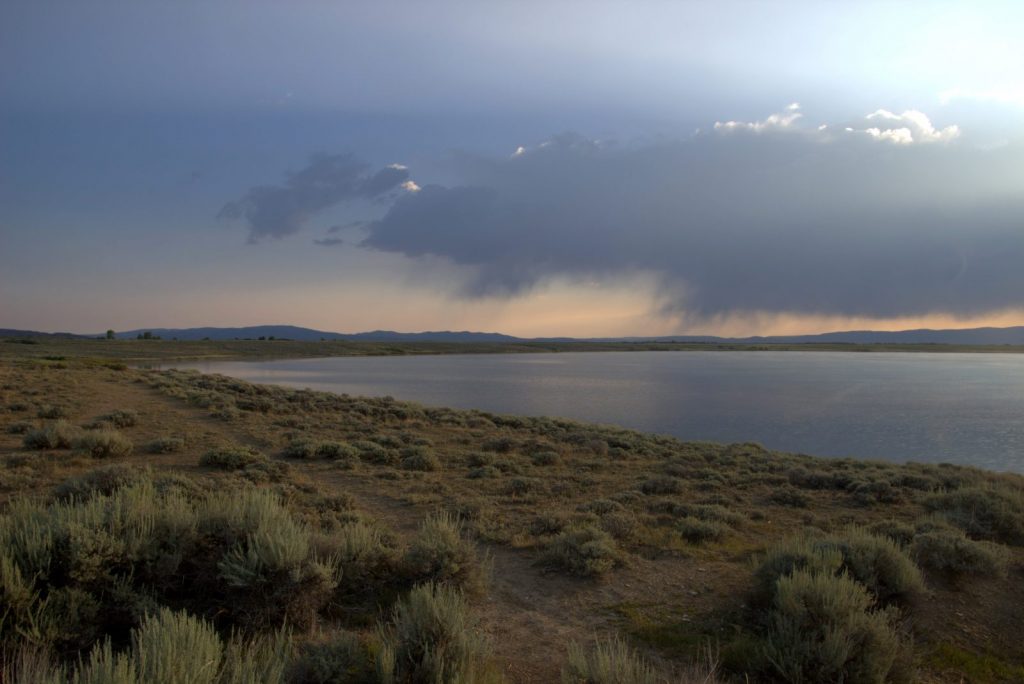 On Saturday, August 4, I led a group including Carol Bilberry, Denise Snow and Martin O Grady from the Lake Kathryn Trailhead up the Lone Pine Trailhead into the Mount Zirkel Wilderness Area of Colorado.  We left one car at the Lone Pine North Trailhead so we would not have to walk a mile on the dirt road at the end of the trip.  We hiked under sunny skies through deep forest where many of the trees were dead, killed by the pine beetle. Shortly after starting, we reached the junction with the short trail to Lake Kathryn.  We stashed heavy gear in the forest and climbed to the lake.  The lake is an elongated, tear-shaped lake with a high ridge above the eastern edge.  We did not see any people there.

We continued hiking through the forest and had some difficulty deciding where to go when the trail divided but took the left-hand route which led us on a steep climb to Bighorn Lake.  We had expected to pass an intersection of the Bighorn Lake Trail with the Lone Pine Trail but never saw the intersection.  We passed a smaller lake where there was a large group of young men yelling and throwing logs into the lake.  The large Bighorn Lake was quite beautiful set below the high ridges of the Continental Divide. 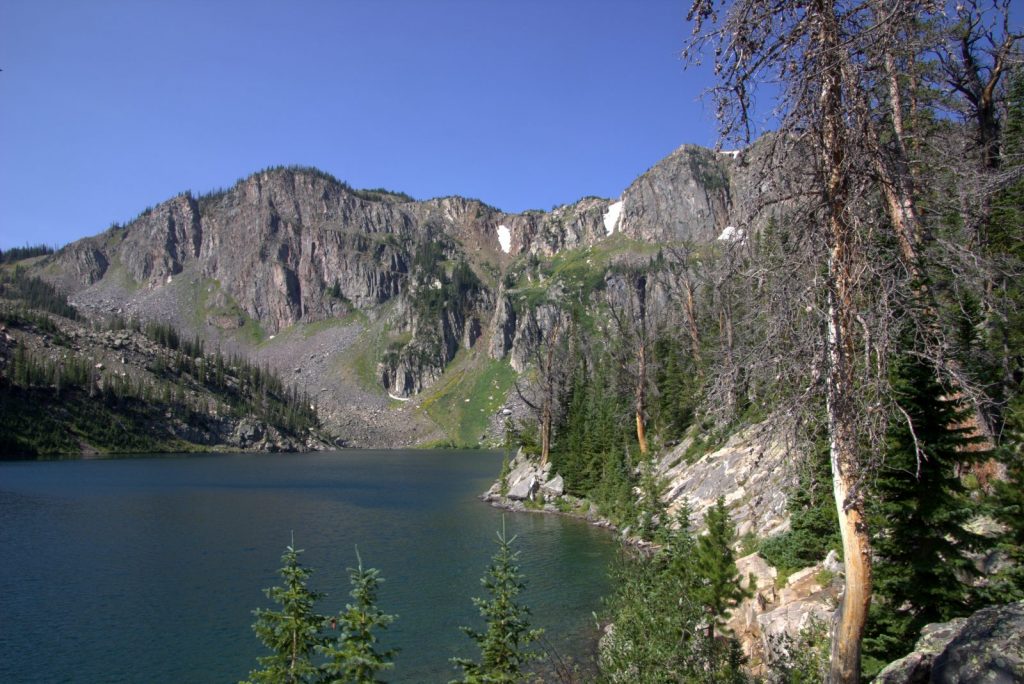 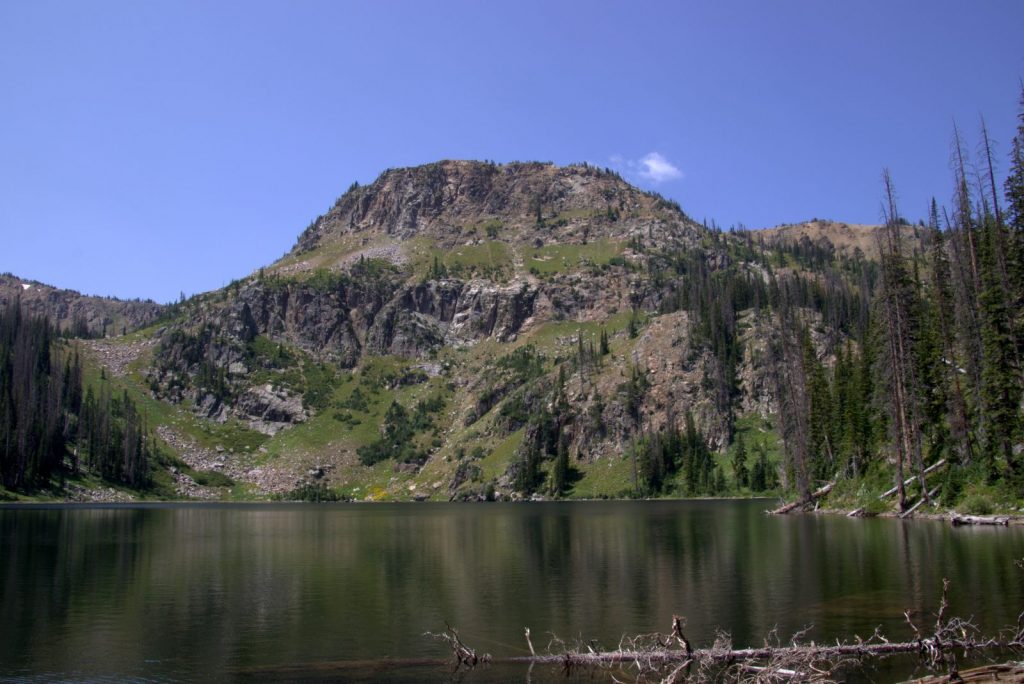 From the lake, we bushwhacked a short distance to another small lake and bushwhacked using our maps and GPS for not quite a mile back to the Lone Pine Trail.  We followed the trail across the Lone Pine Creek valley and began a very steep climb up to the Divide.  The trail climbed vertically, straight up, and I had difficulty getting a climbing rhythm going. It was quite warm and I had to let the others go a little bit ahead of me.  On top of the divide, the terrain changed dramatically into large relatively level or gently sloping areas of alpine tundra with scattered stands of evergreens and small ponds.  The views of the rugged mountains to the north, Little Agnes, Big Agnes and Mount Zirkel, were dramatic. We started looking for camp sites with good water and descended into the Gold Creek Valley, but did not find a campsite until we reached the creek. 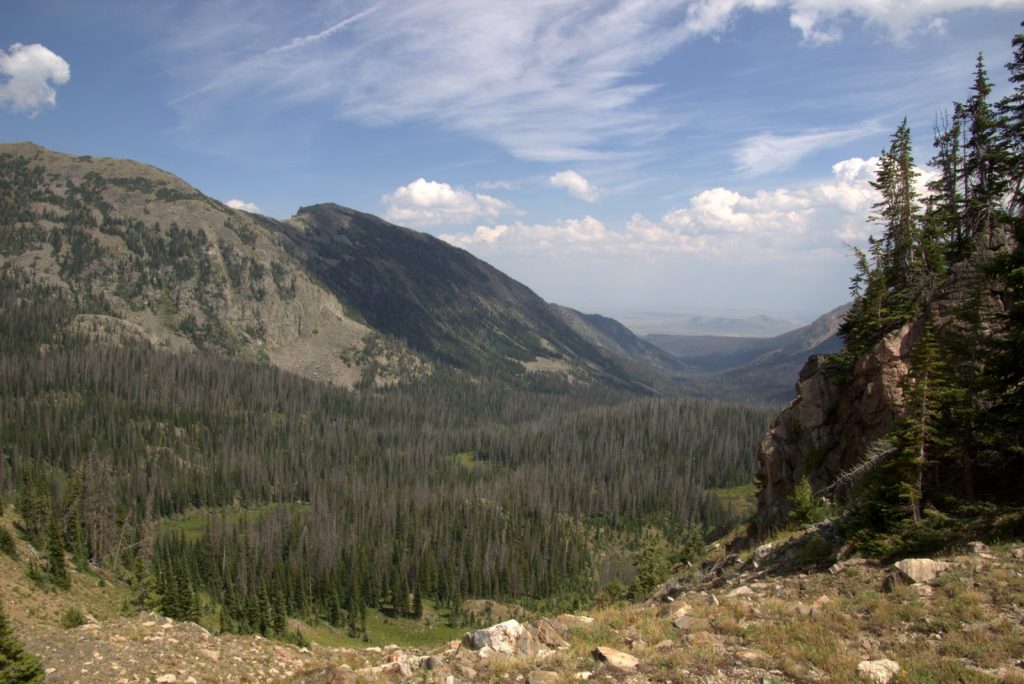 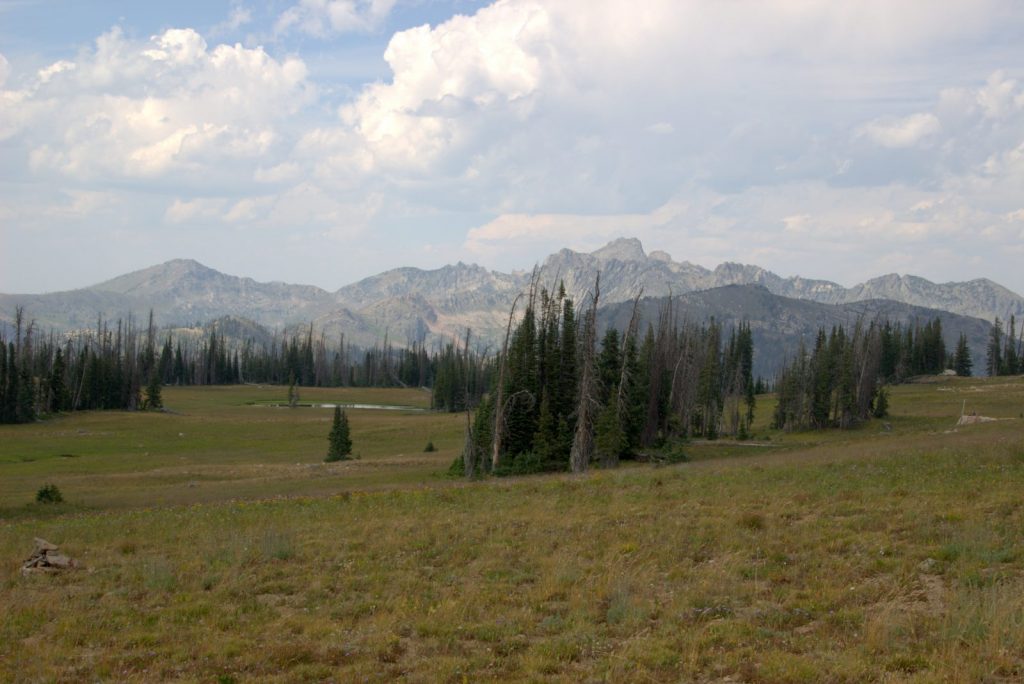 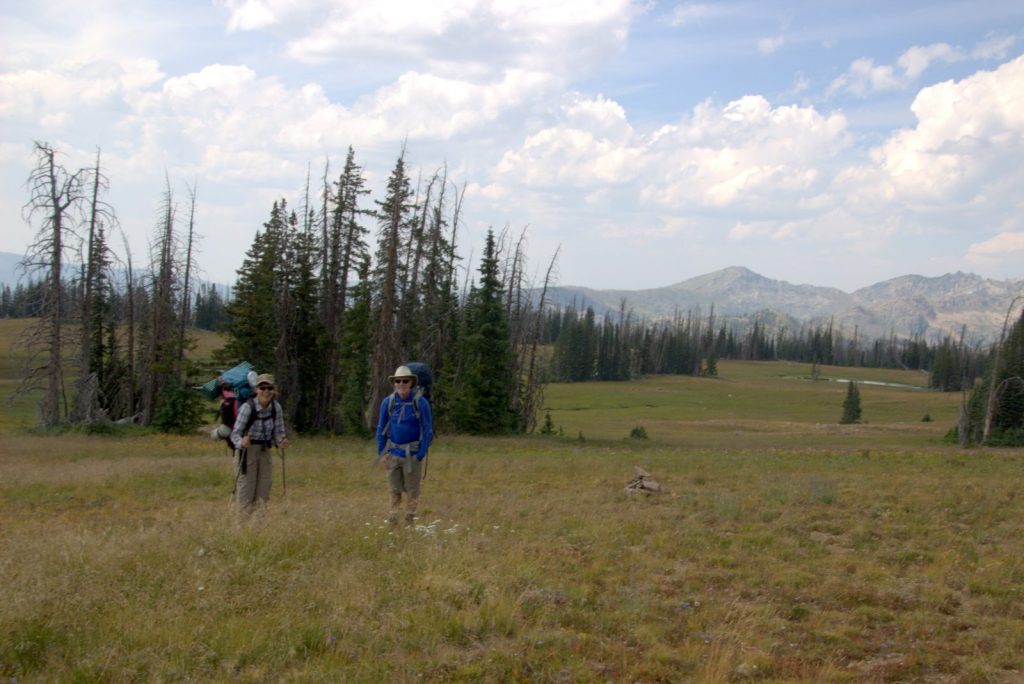 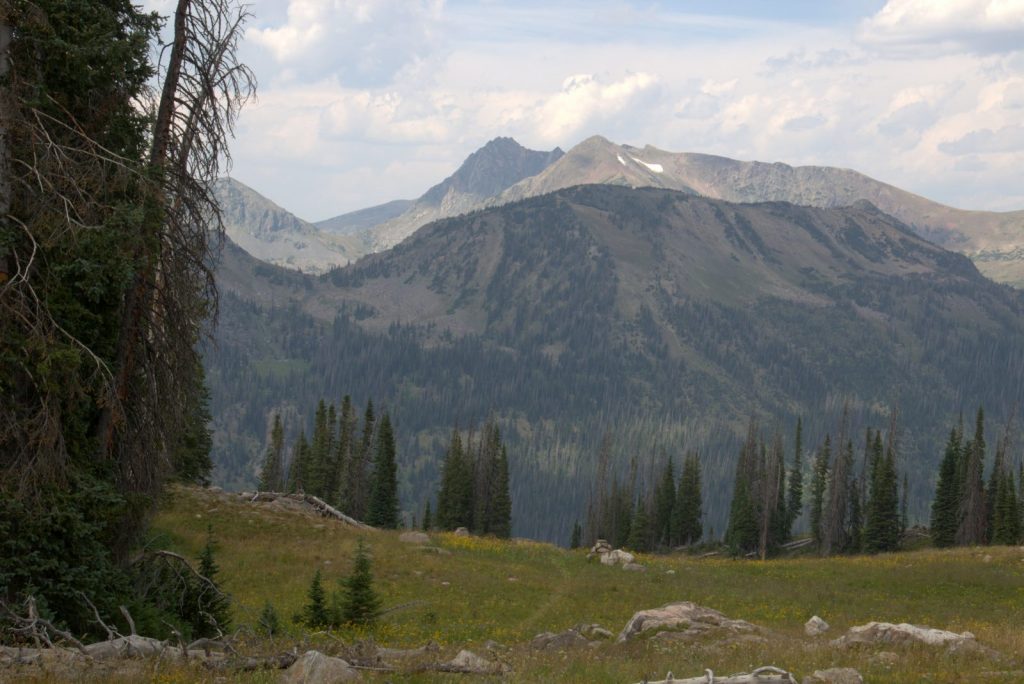 The next morning, we started up the Gold Creek Trail and soon reached the junction with the Gilpin Trail. We again left our heavy packs or gear at the junction and ascended the trail, climbing above tree line to a small pass. On the pass, we look down on the beautiful navy blue, Gilpin Lake.  Behind it on the other side there were rugged mountains, including Mount Zirkel. As we watched, the color of the lake changed subtlety as the puffy clouds passed above. 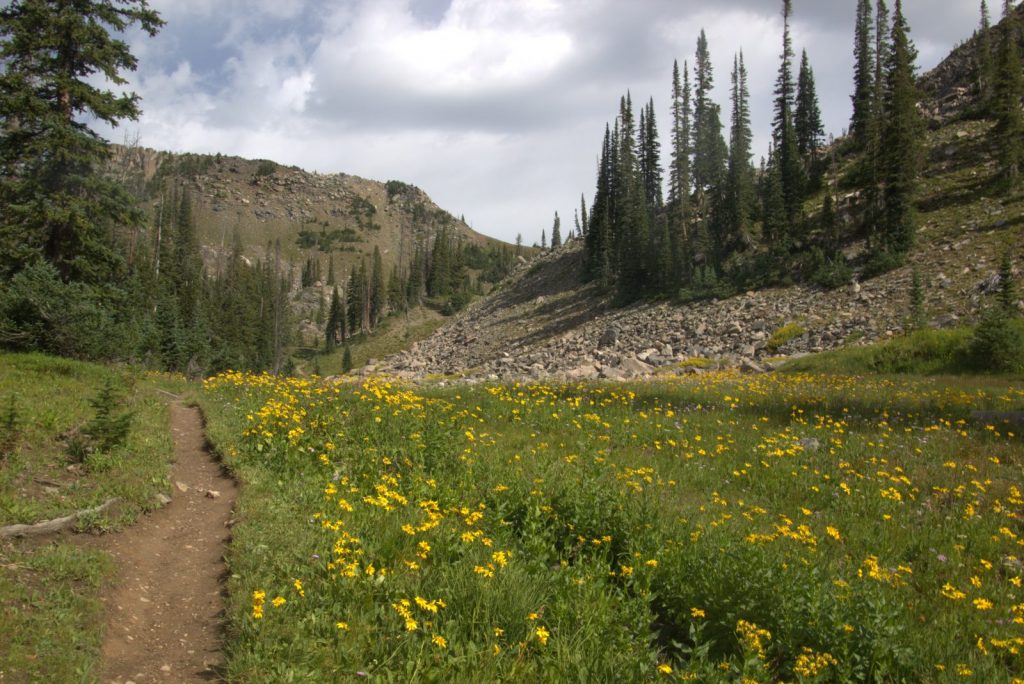 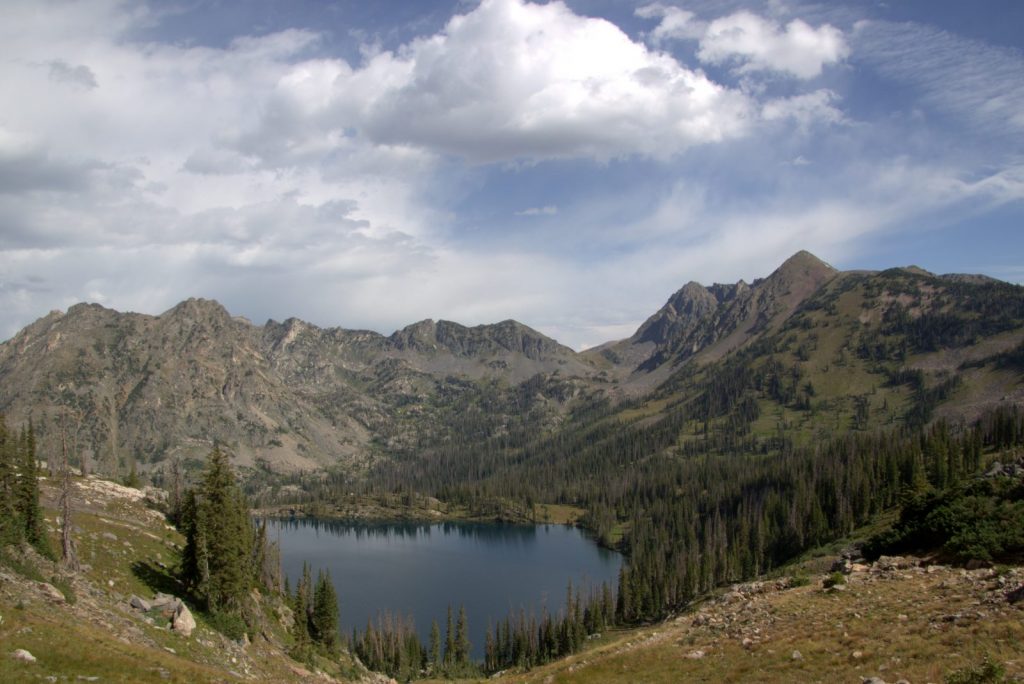 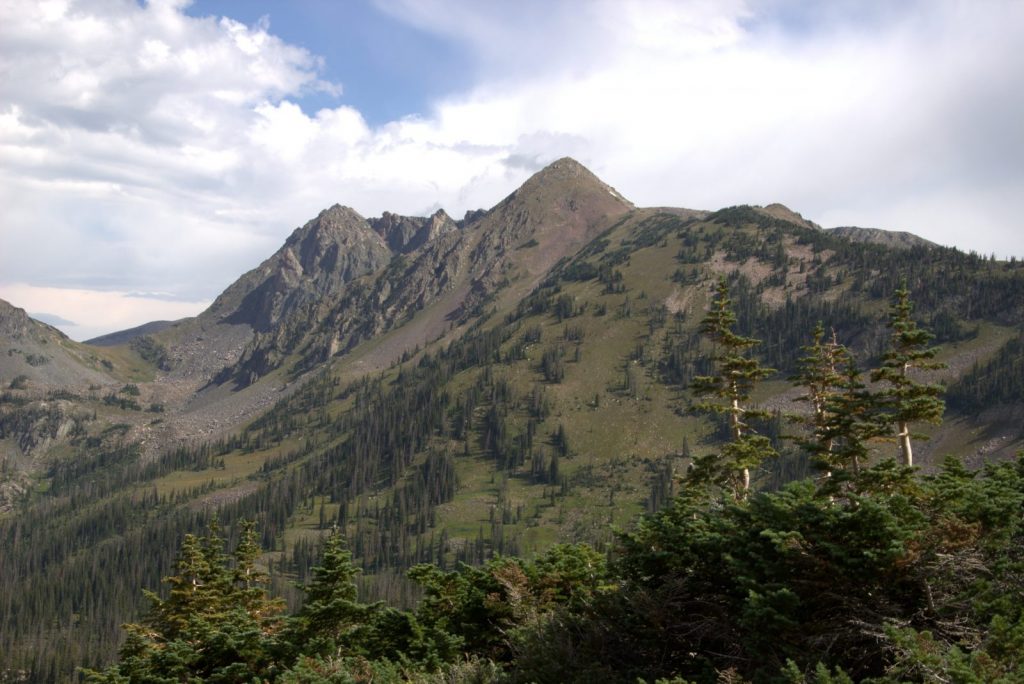 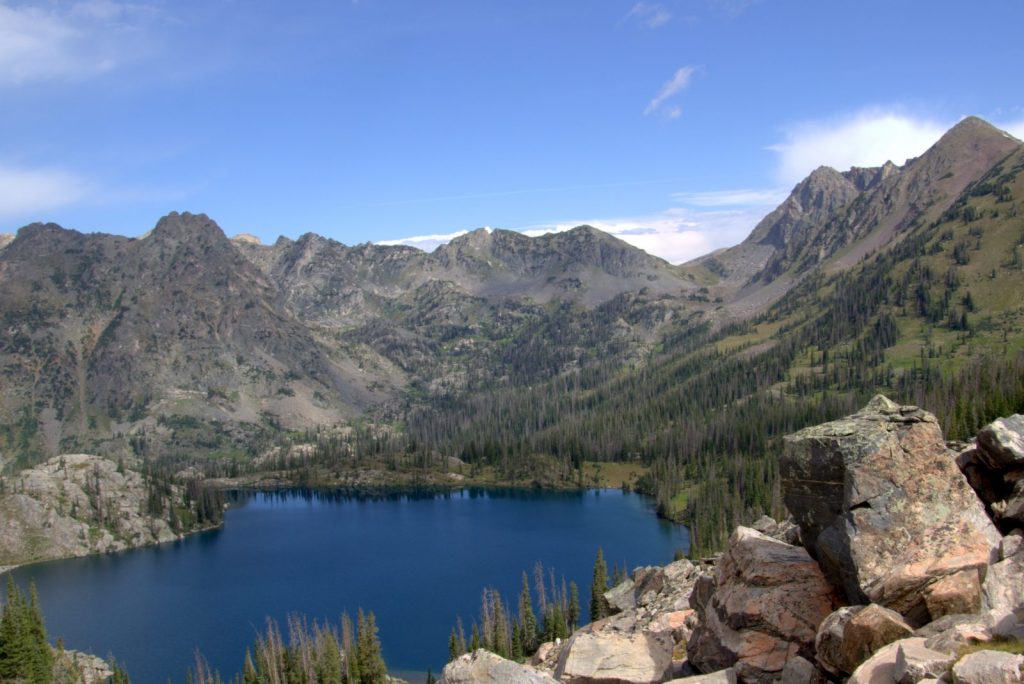 We descended from the pass back to the Gold Creek Trail, crossed the open valley and began our second climb to the Continental Divide.   This climb was much better with long switch backs, interesting terrain, and beautiful views to Red Dirt Pass. After a forty-five minute climb, we reached the top of Ute Pass and stopped to enjoy the views to the east. Below we could see the trail cross open terrain with stands of trees and ponds.  We could just catch a view of Bear Lake. After the steep descent off the pass, we found a nice campsite next to a stream near the intersection with the Bear Lake Trail. 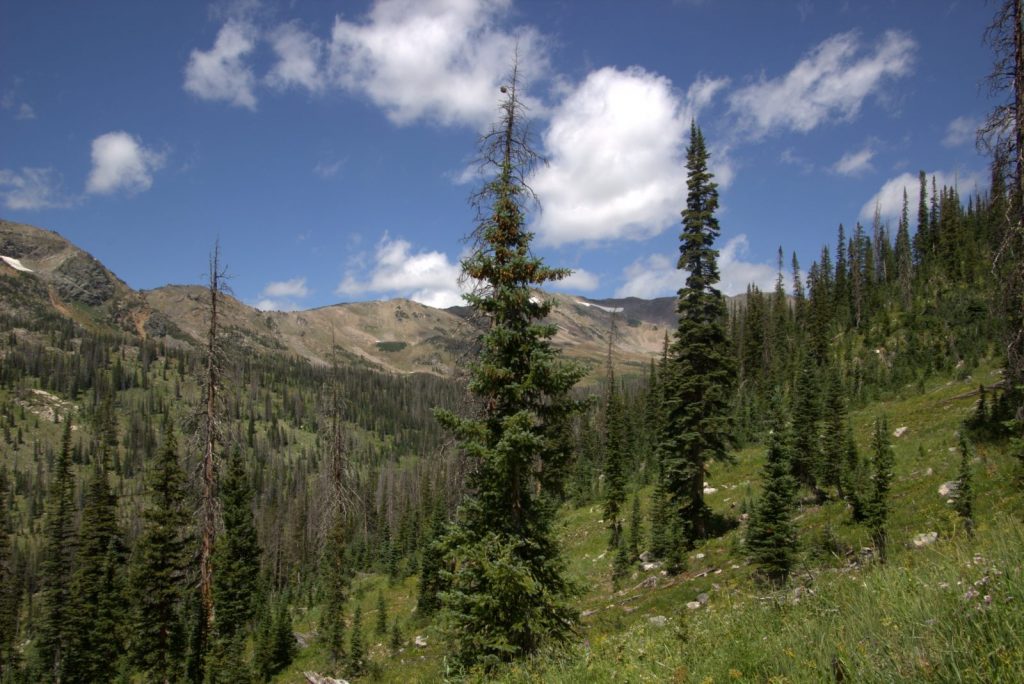 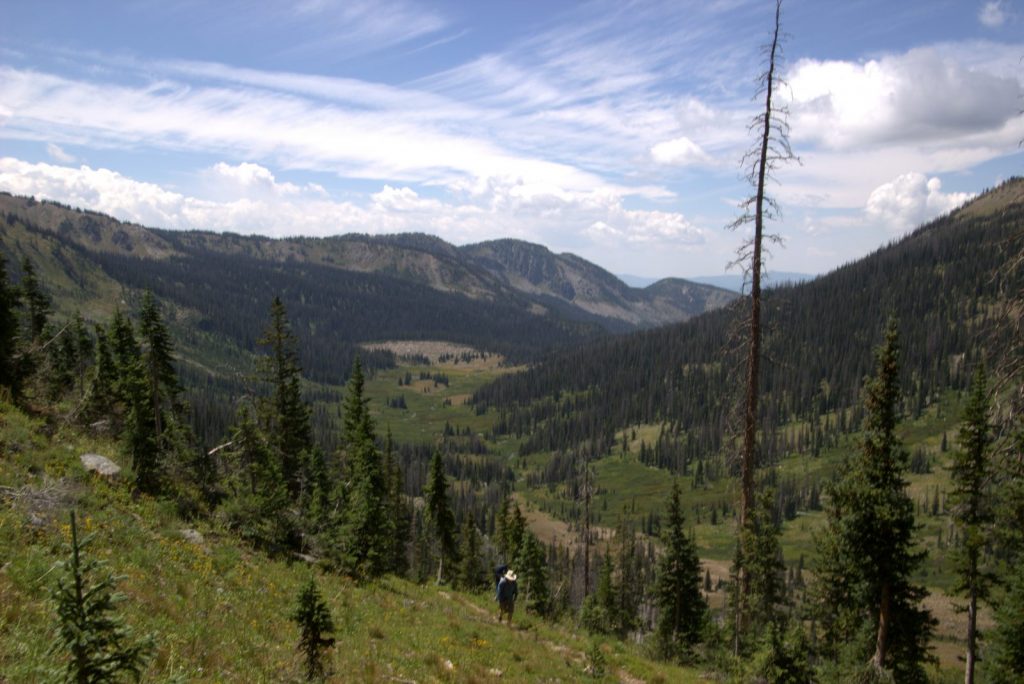 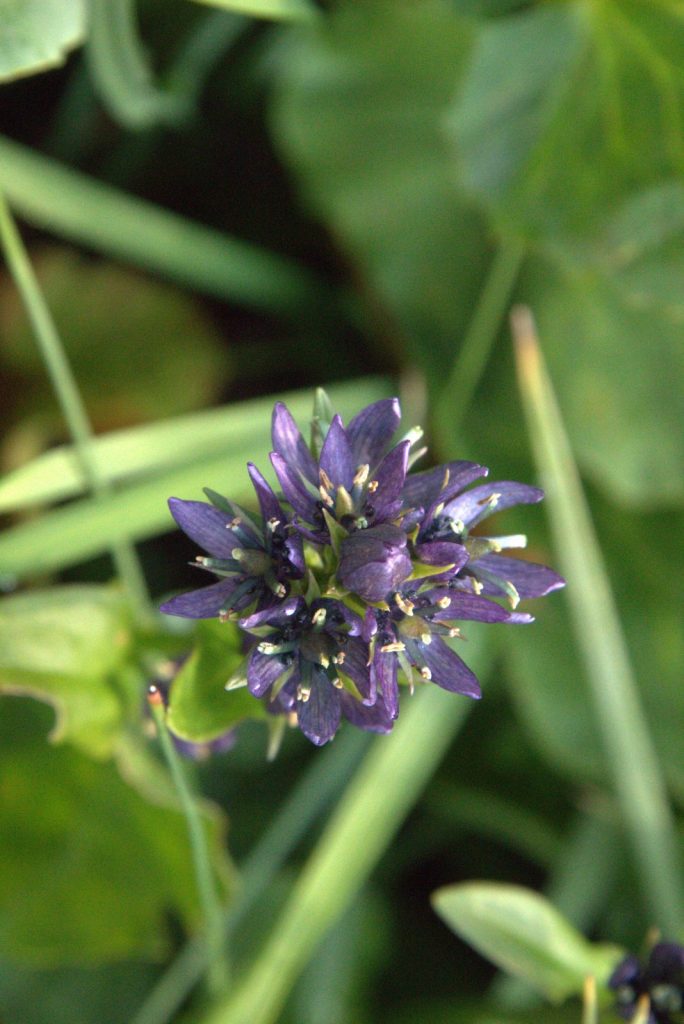 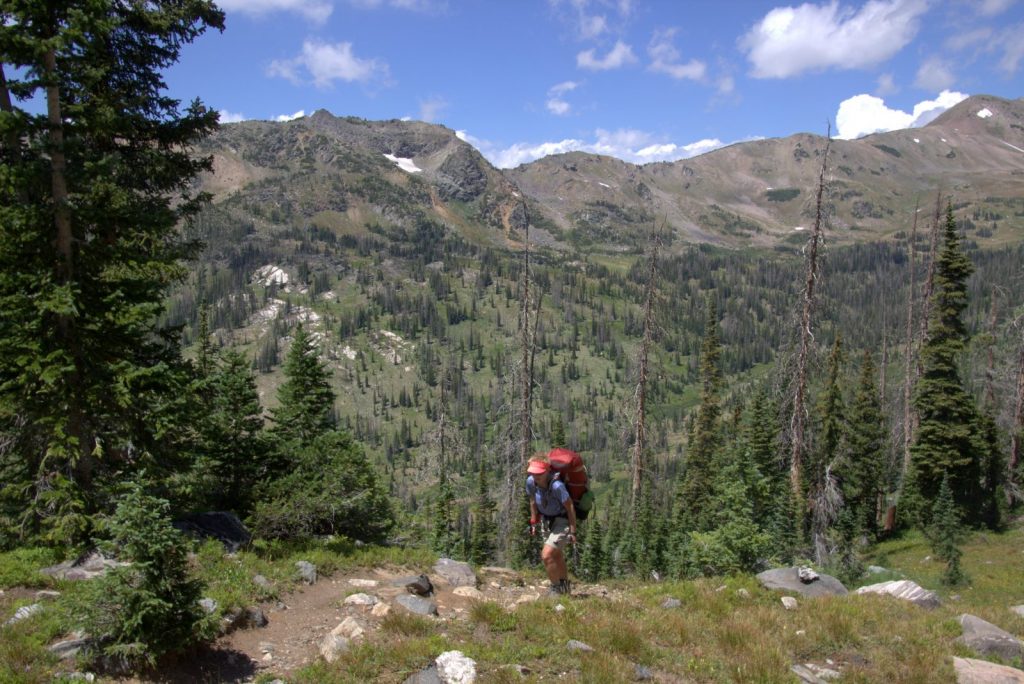 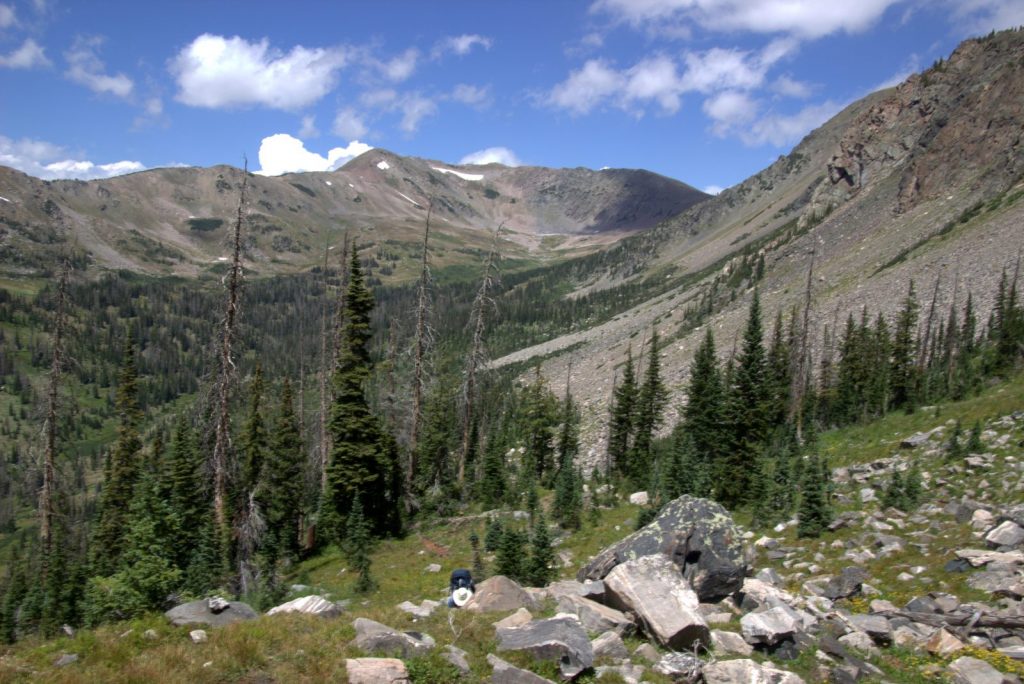 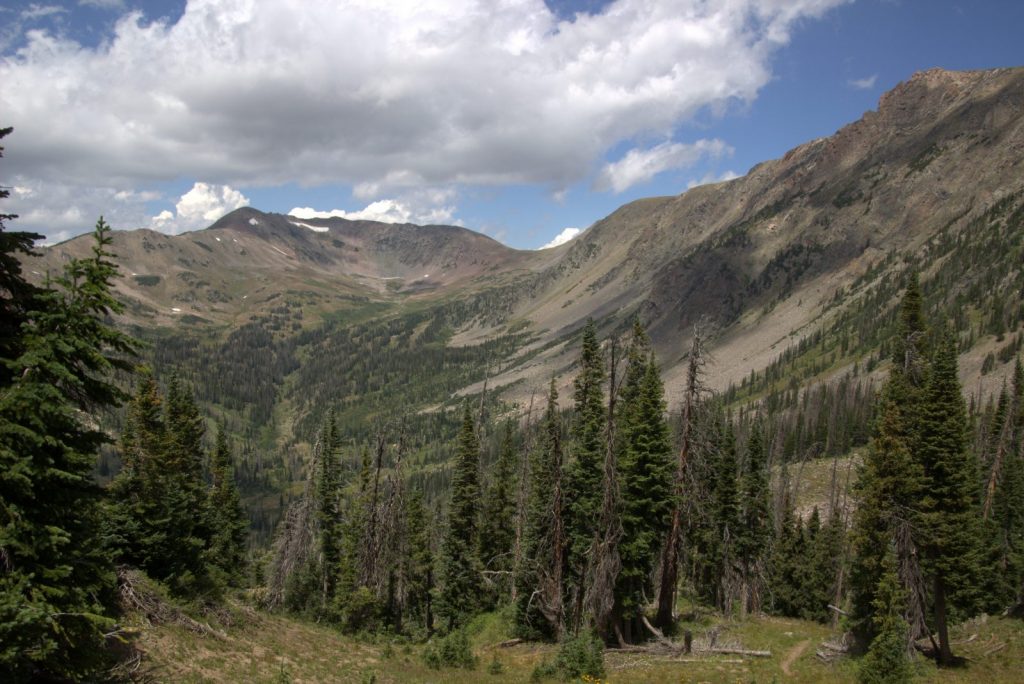 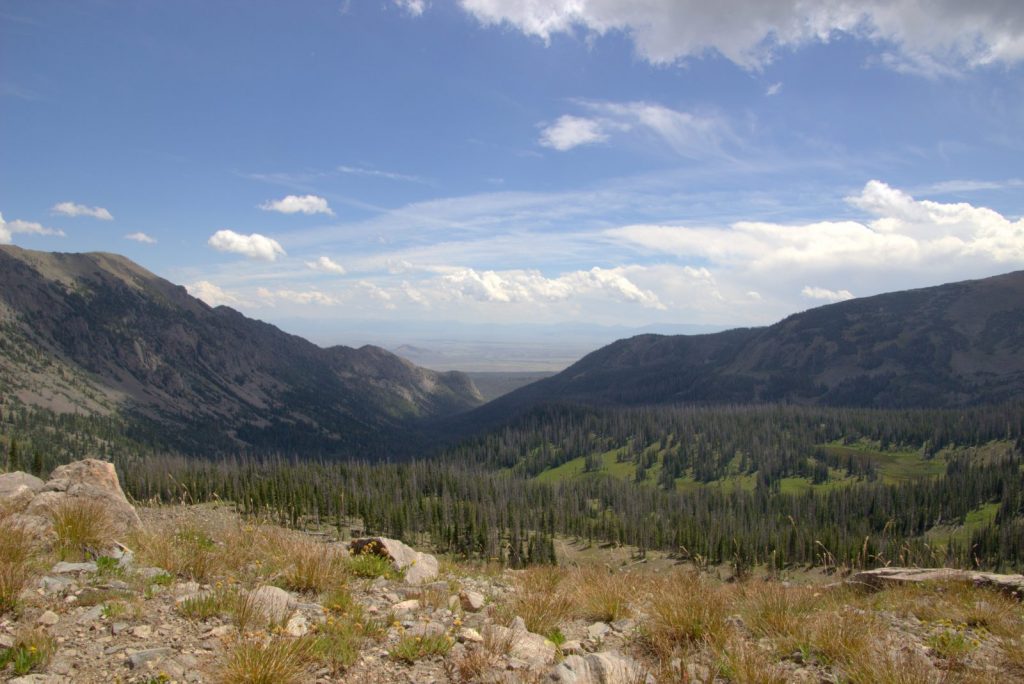 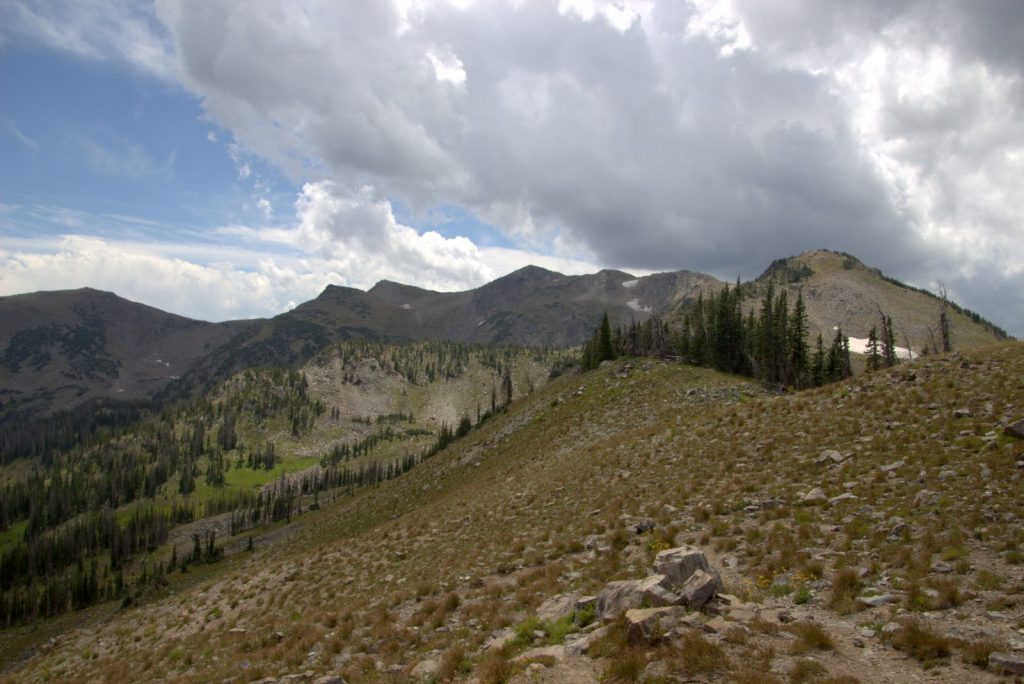 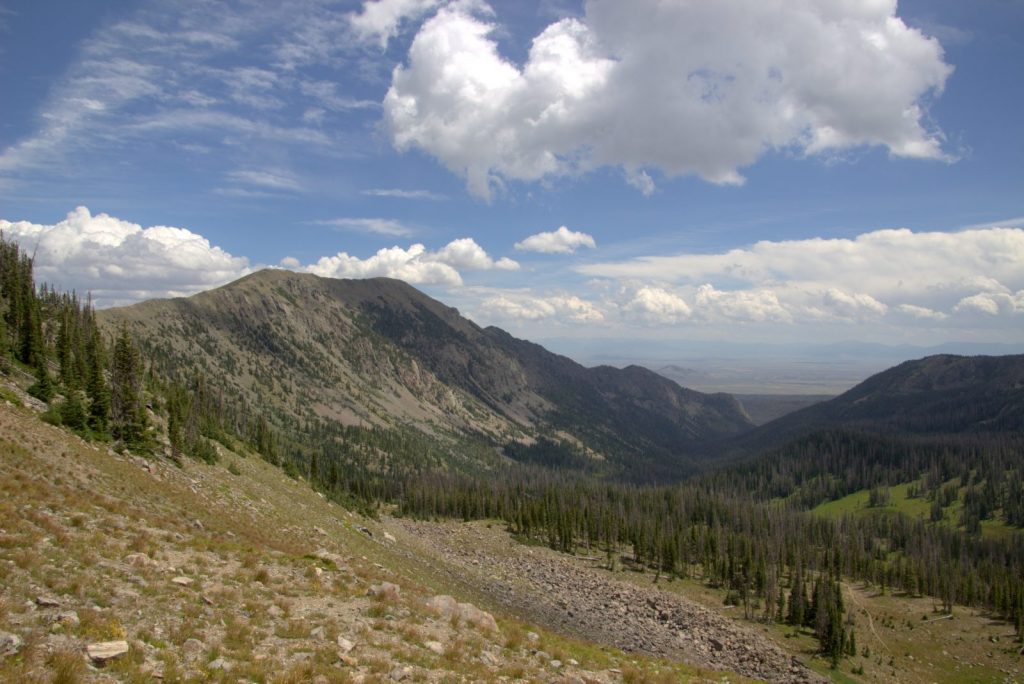 After setting up camp, we took a walk to Bear Lake.  The hike to the lake was over a mile with some significant up and down. We visited three separate lakes.  I sat for some time at the largest lake, watching as the color and texture of the lake changed with the wind and with the clouds streaming by overhead. The final day we hiked quickly down the Bear Creek Trail to the Grizzly Helena Trail.  The final stretch of trail to the car was surprisingly beautiful, descending gradually into the very large valley through stands of aspen trees. Everything went very well on this trip and it was a privilege leading this group of expert backpackers. 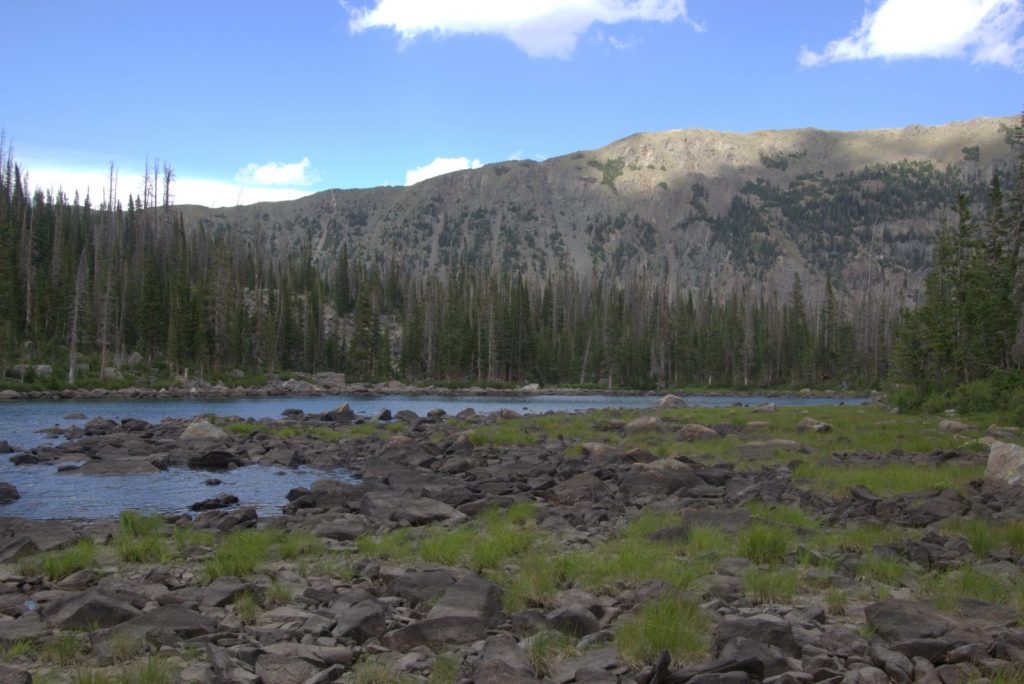 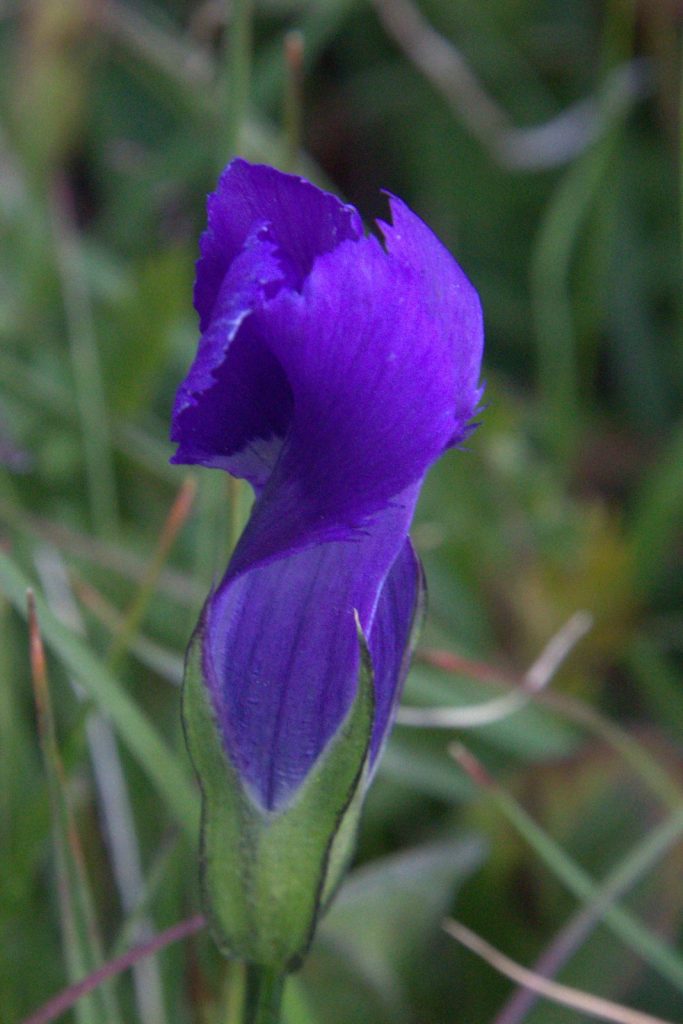 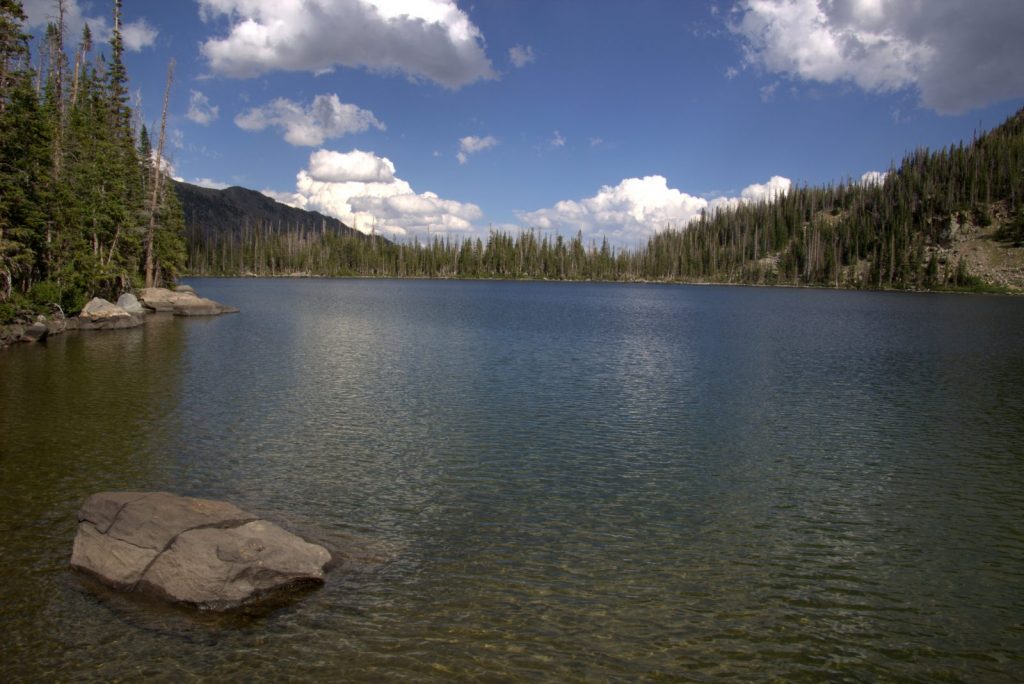 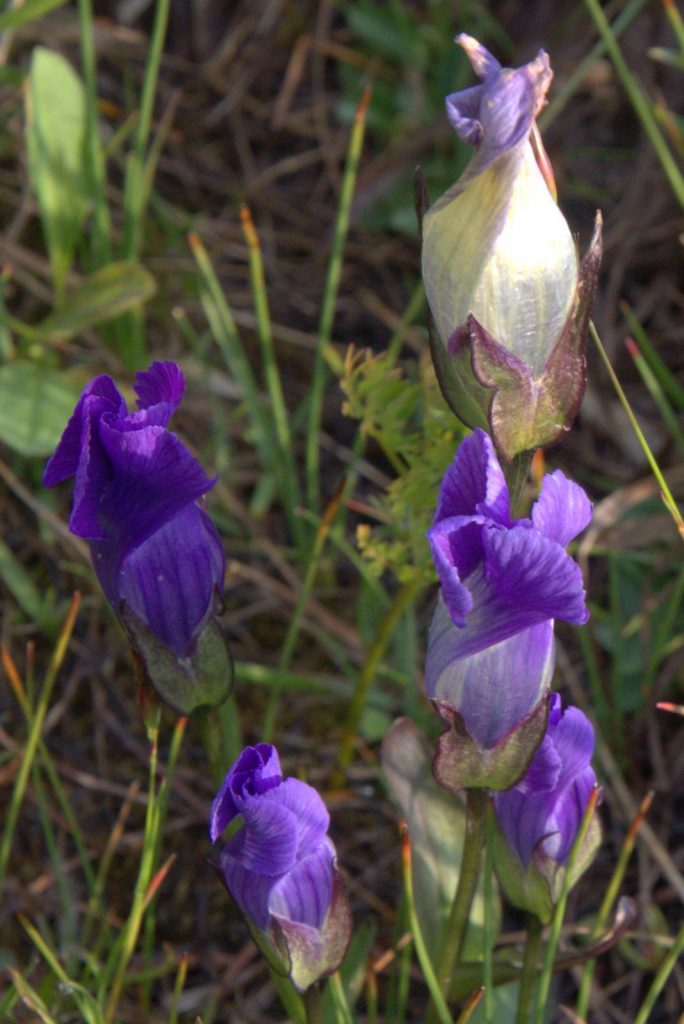 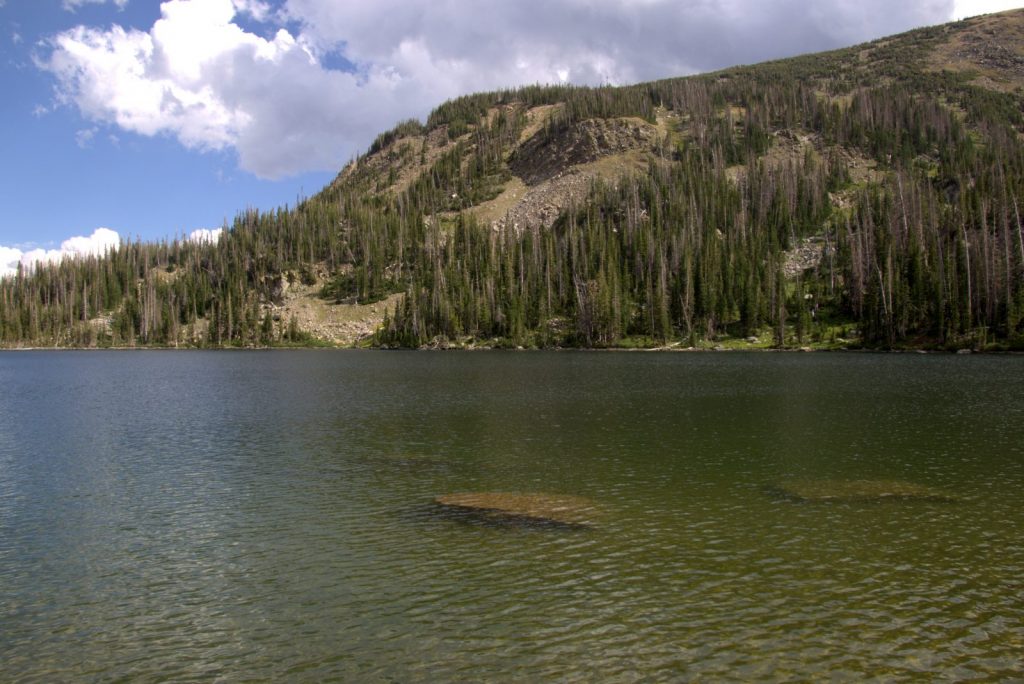 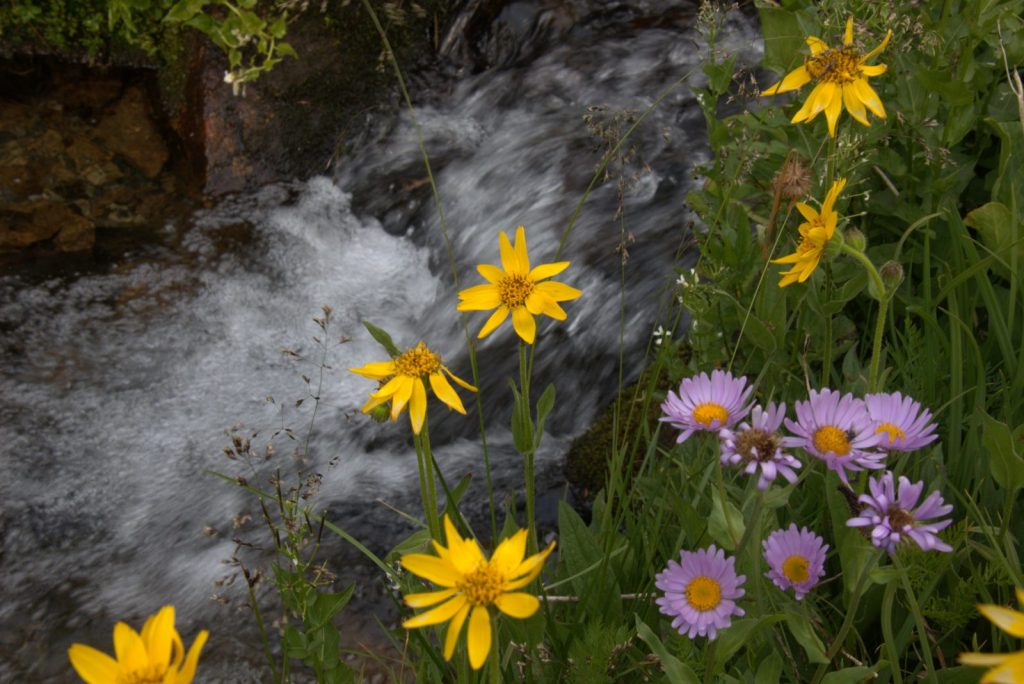 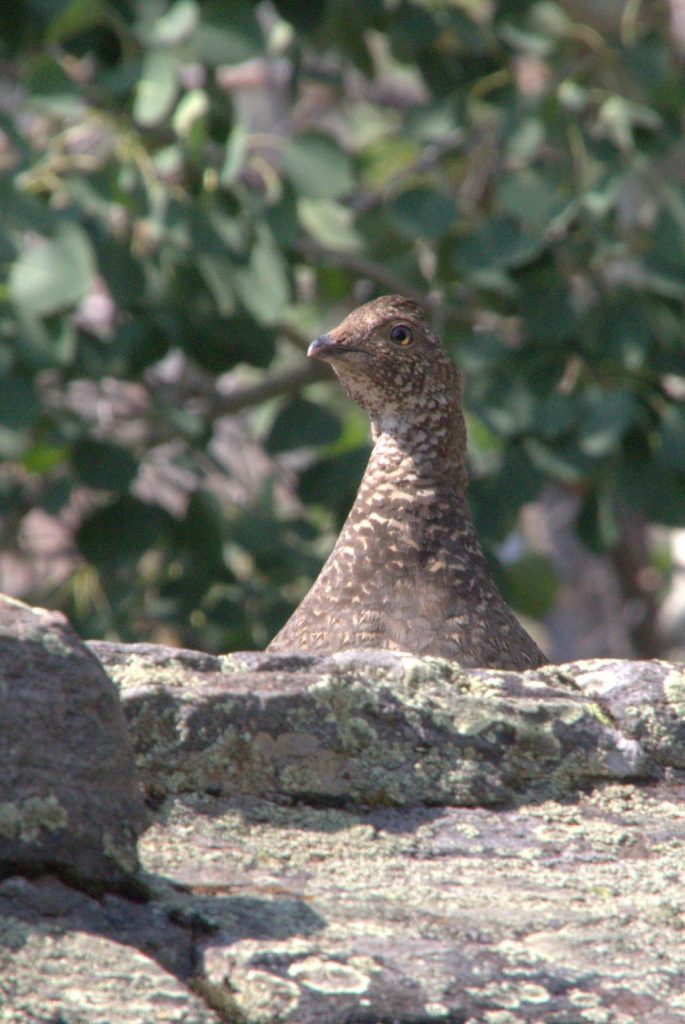