Crater Lake is certainly one of the most beautifully situated lakes in Colorado.  Over the 4th of July, Rick Andrews and his dog Griffin and I backpacked up from Monarch Lake on the western side of the Indian Peaks Wilderness and camped above the lake. The trail to the lake provides a great hiking experience, passing a series of powerful waterfalls along its middle section. Just before Crater Lake, we arrived at smaller Mirror Lake with the sharply pointed Lone Eagle Peak behind it.  I had hiked there many years before. I am not sure what year, but it was when I was still taking pictures using film at that time. 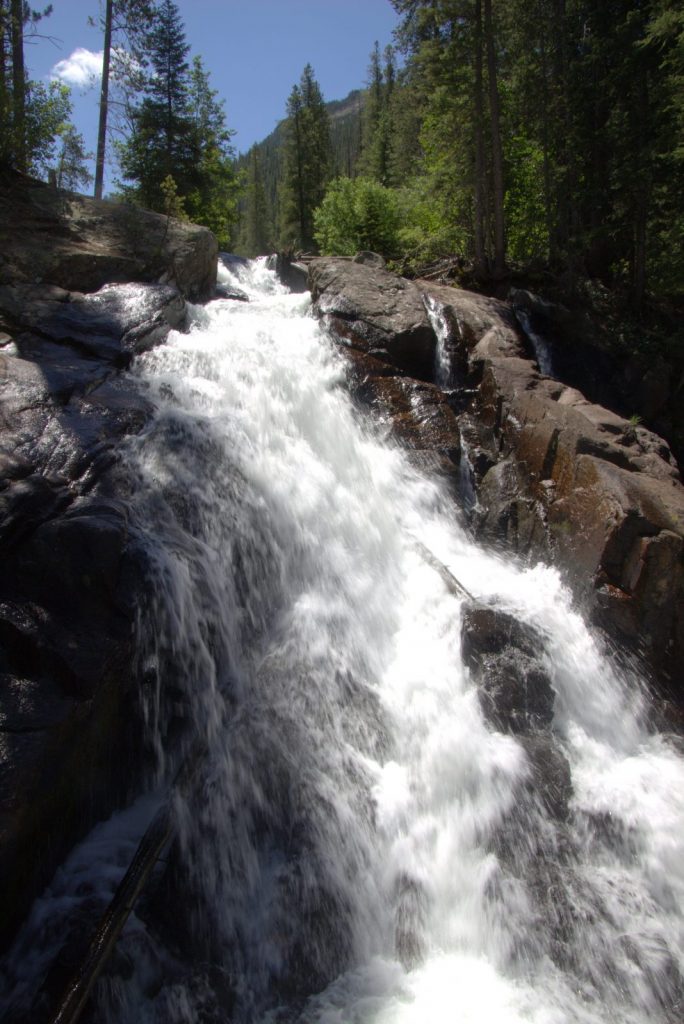 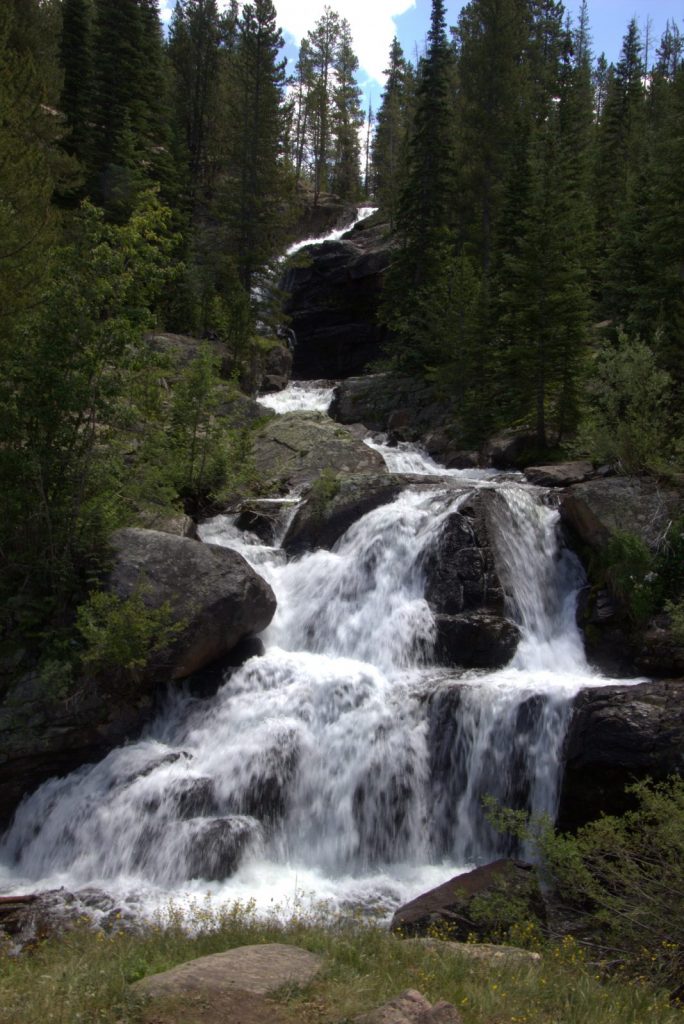 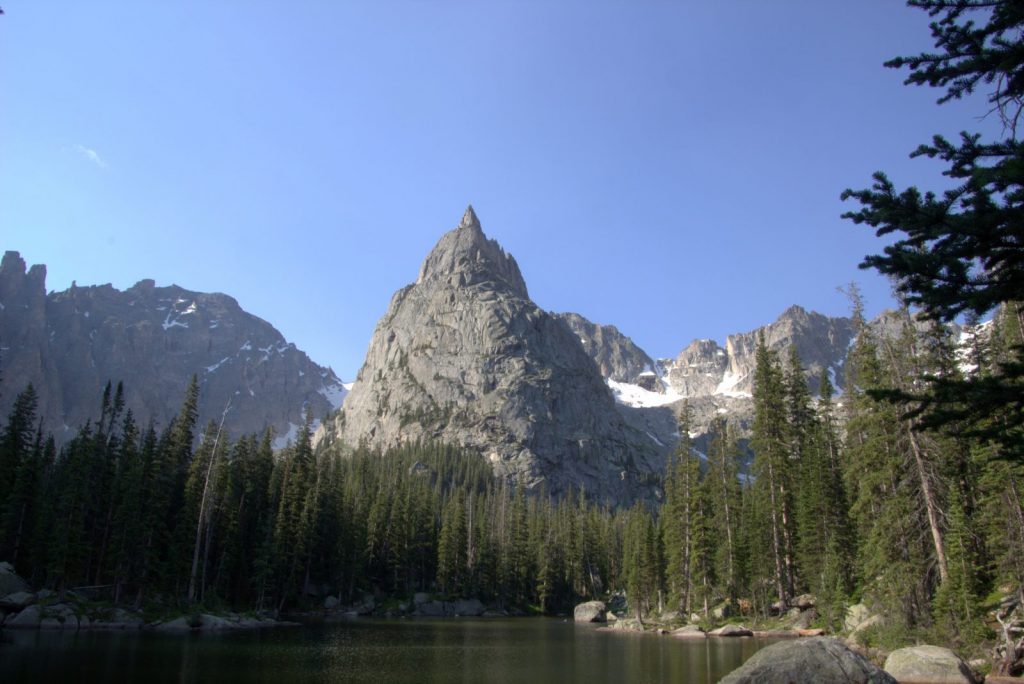 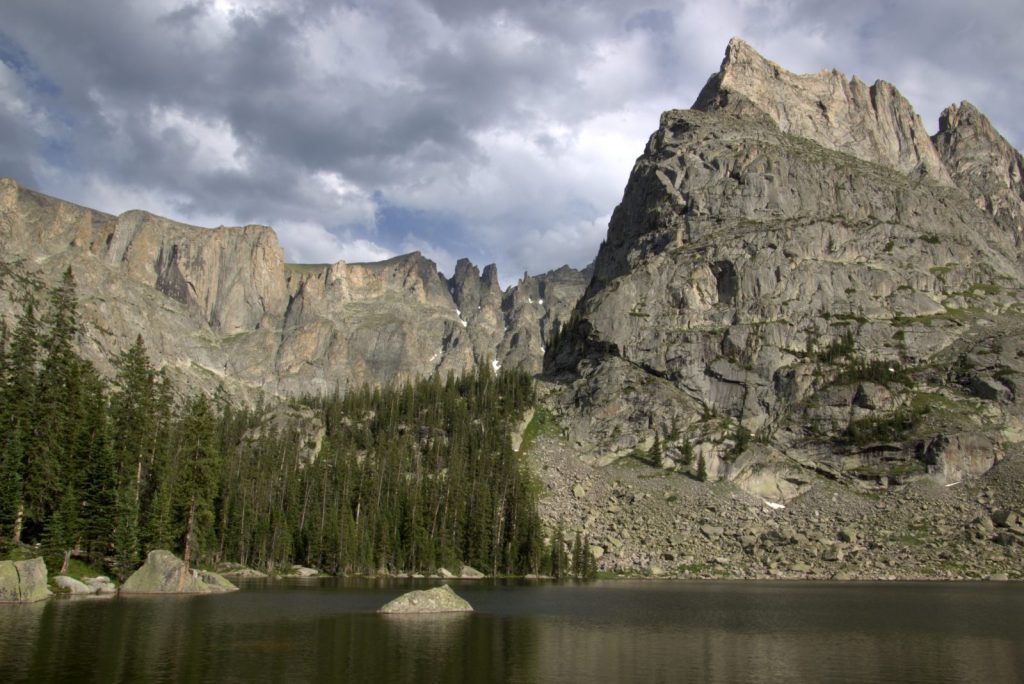 We camped in a designated site on a stony knoll above Crater Lake. The lake is surround by high vertical walls composed of jagged granite. Directly on one side is the massive bulk of Lone Eagle Peak with its pointed top. 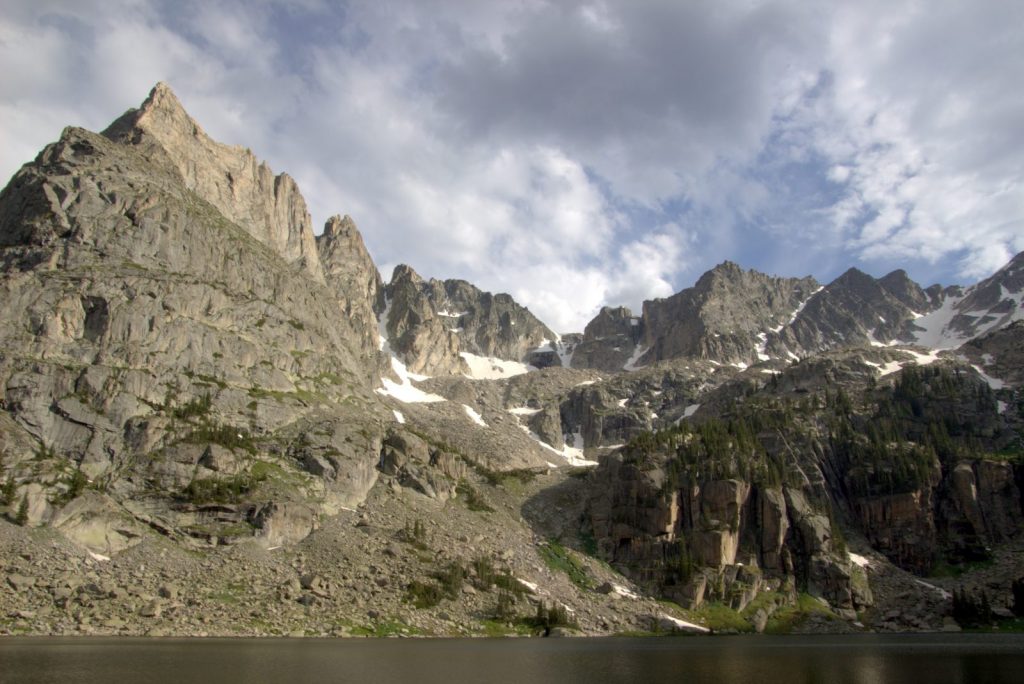 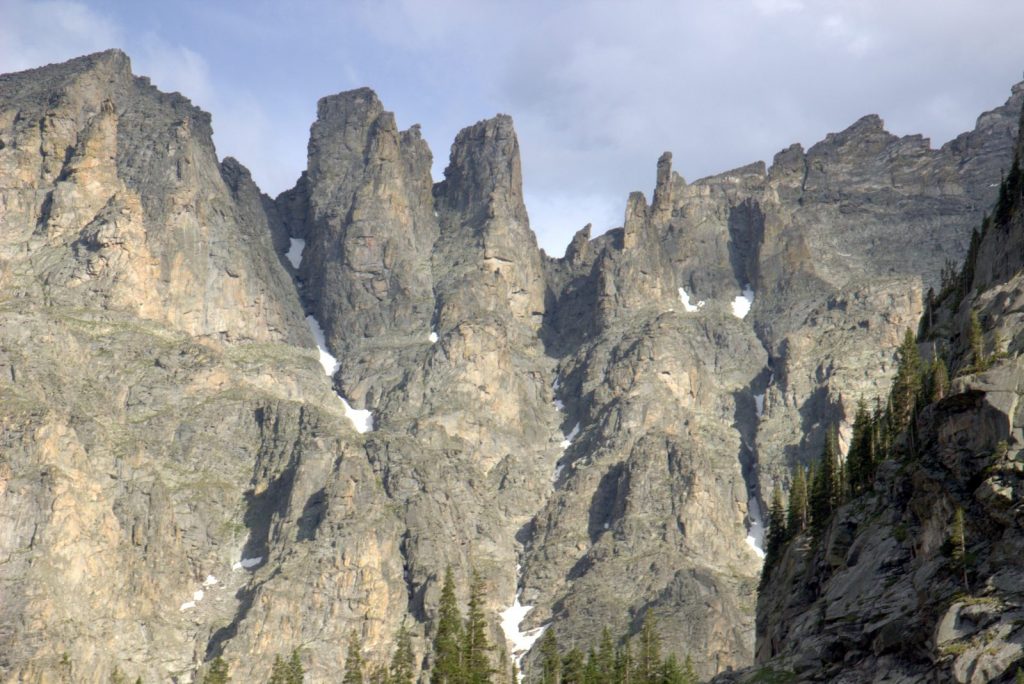 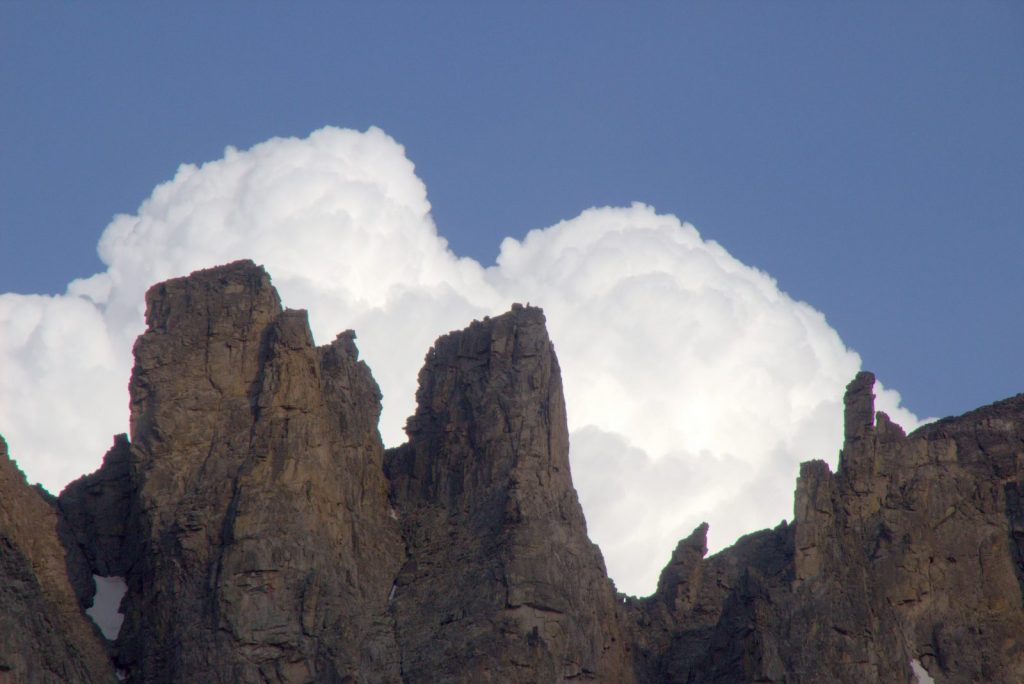 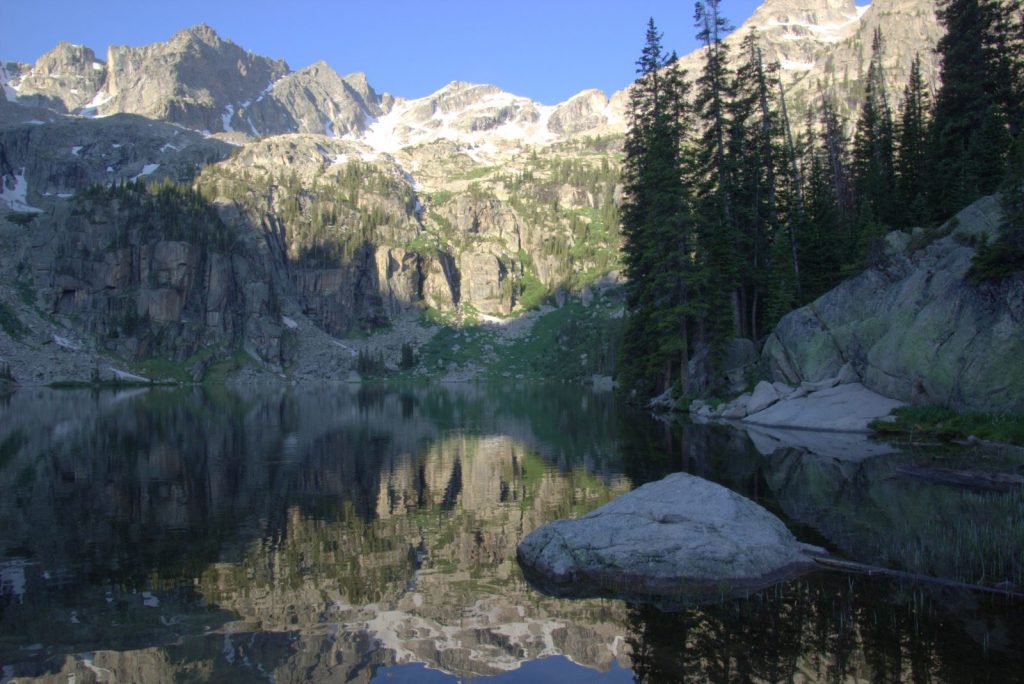 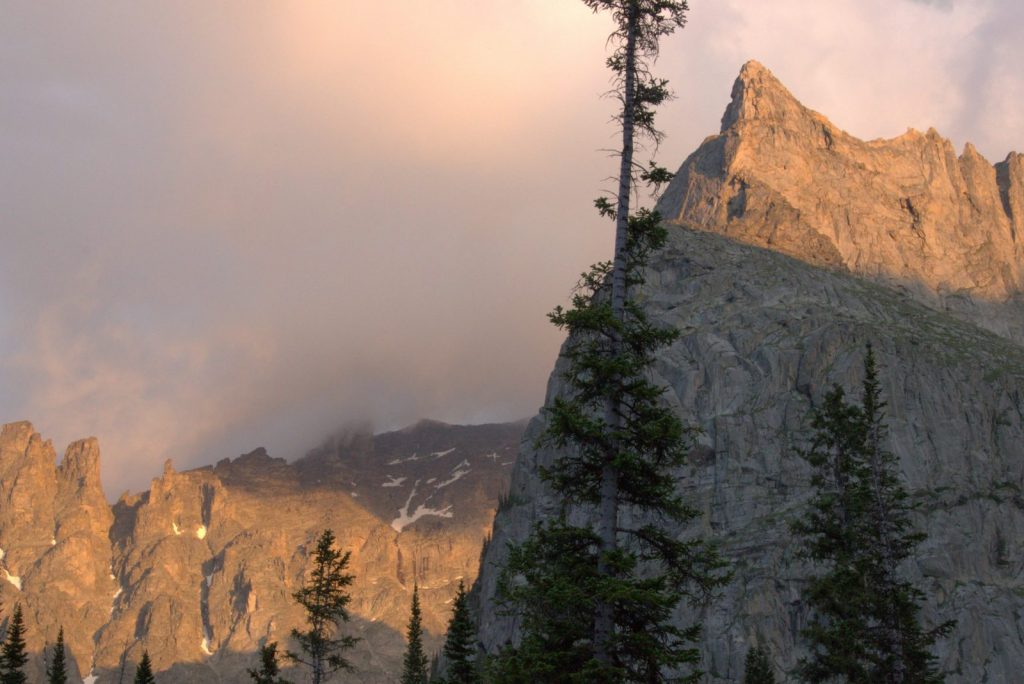 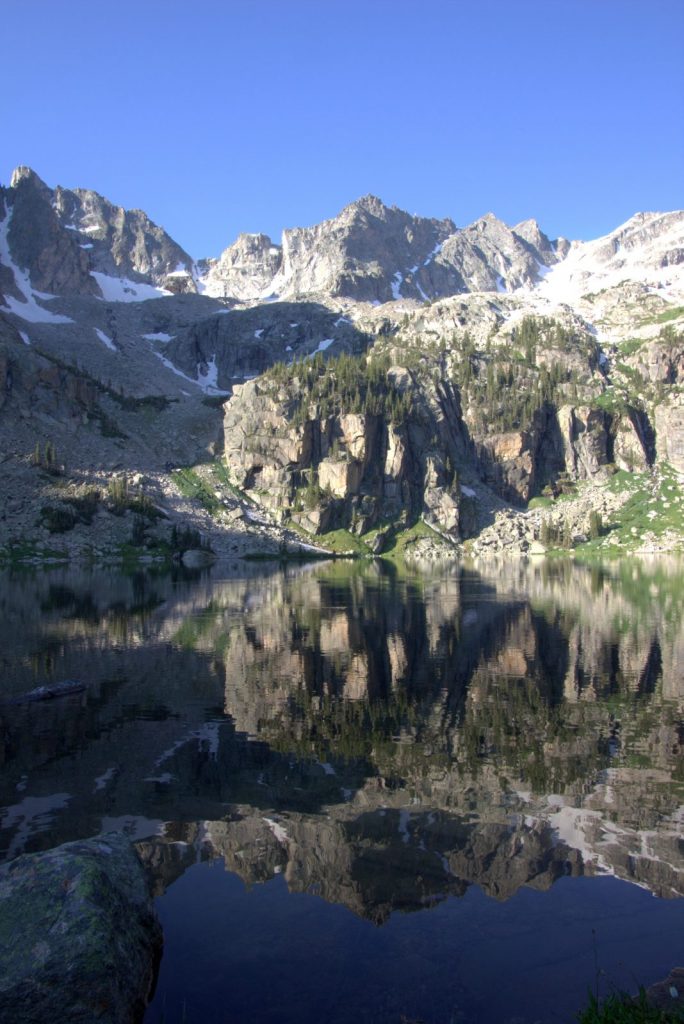 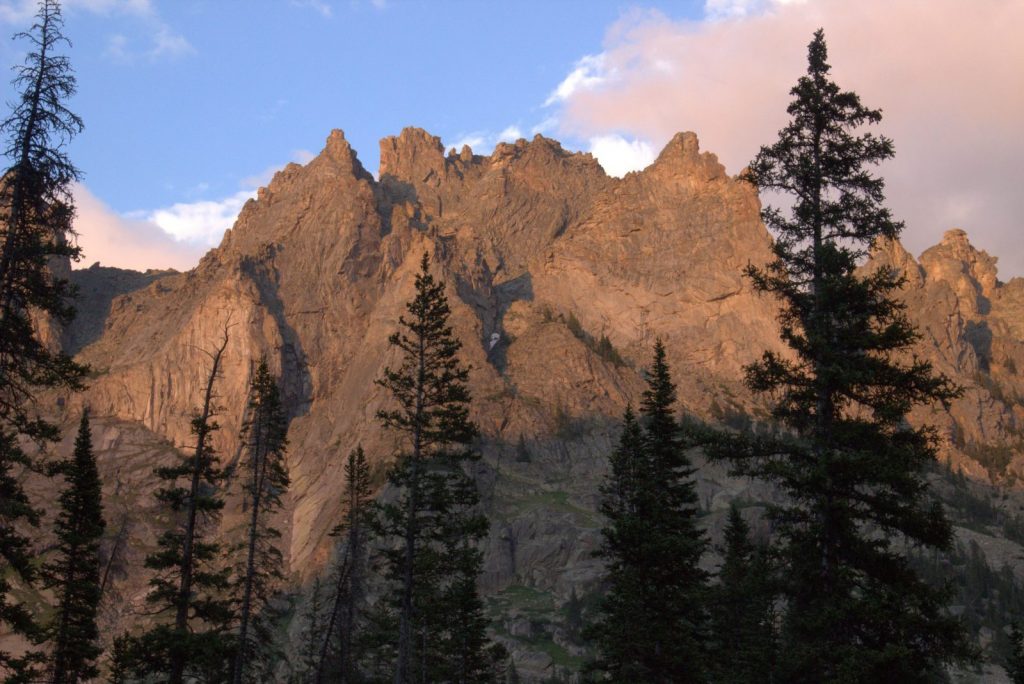 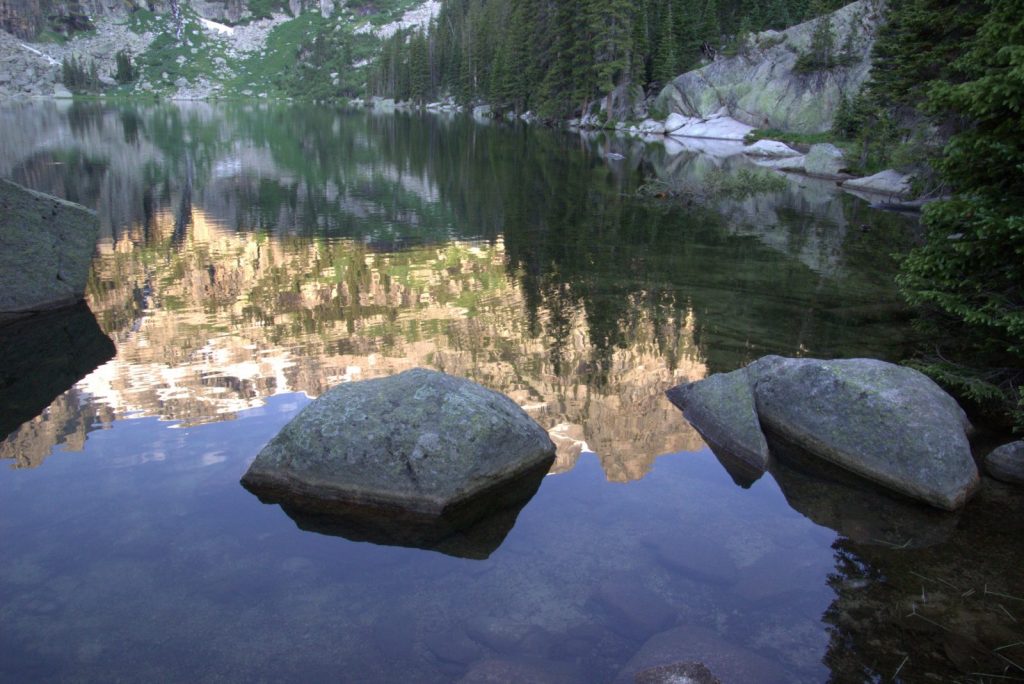 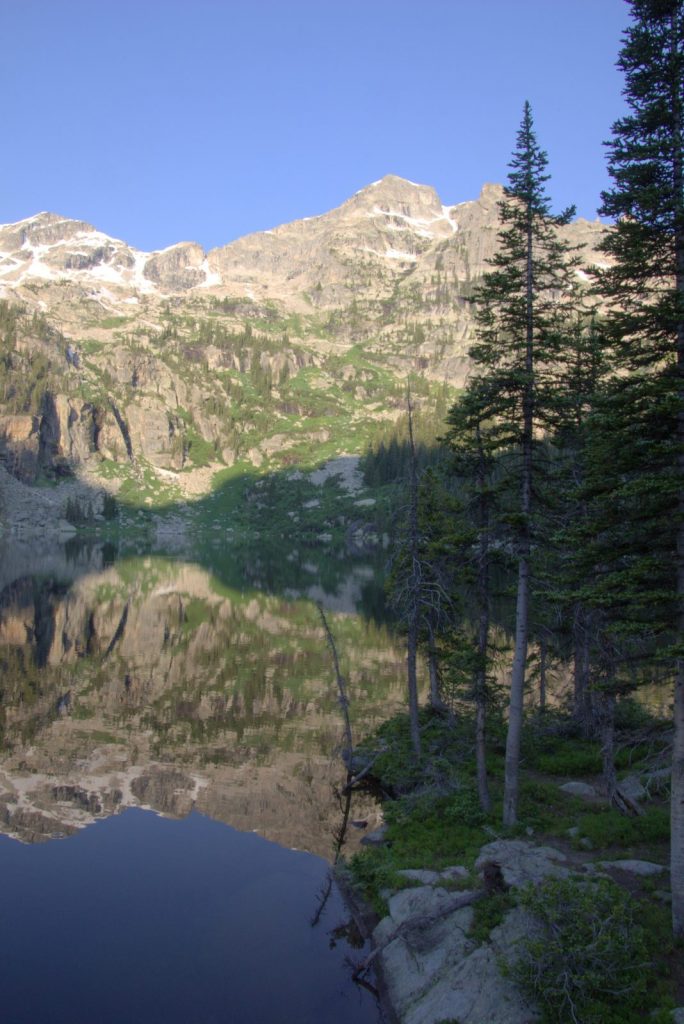 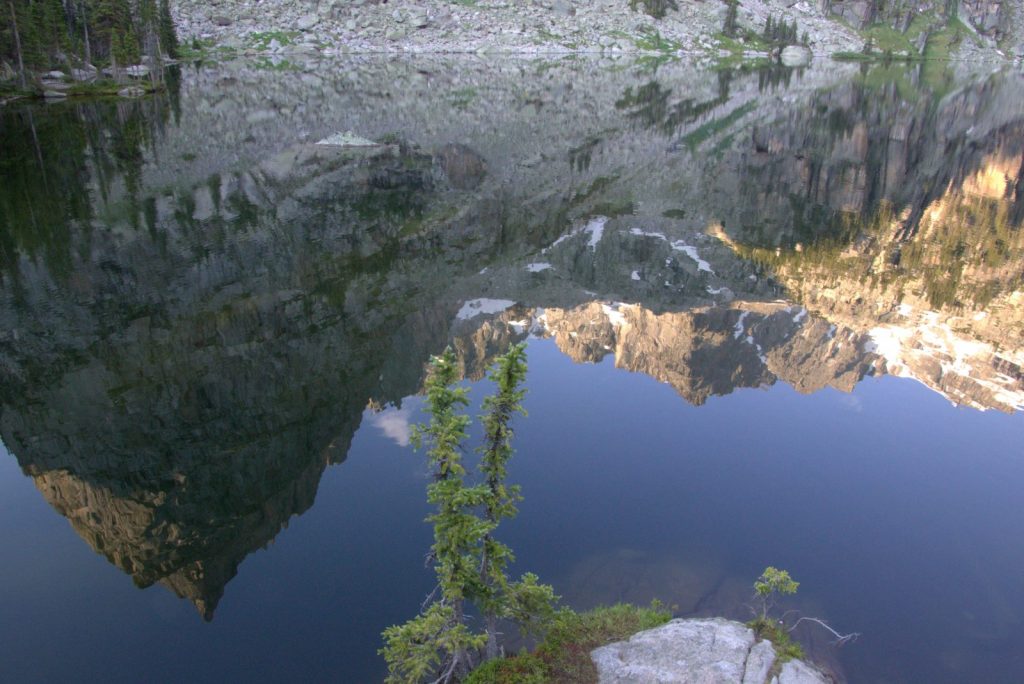 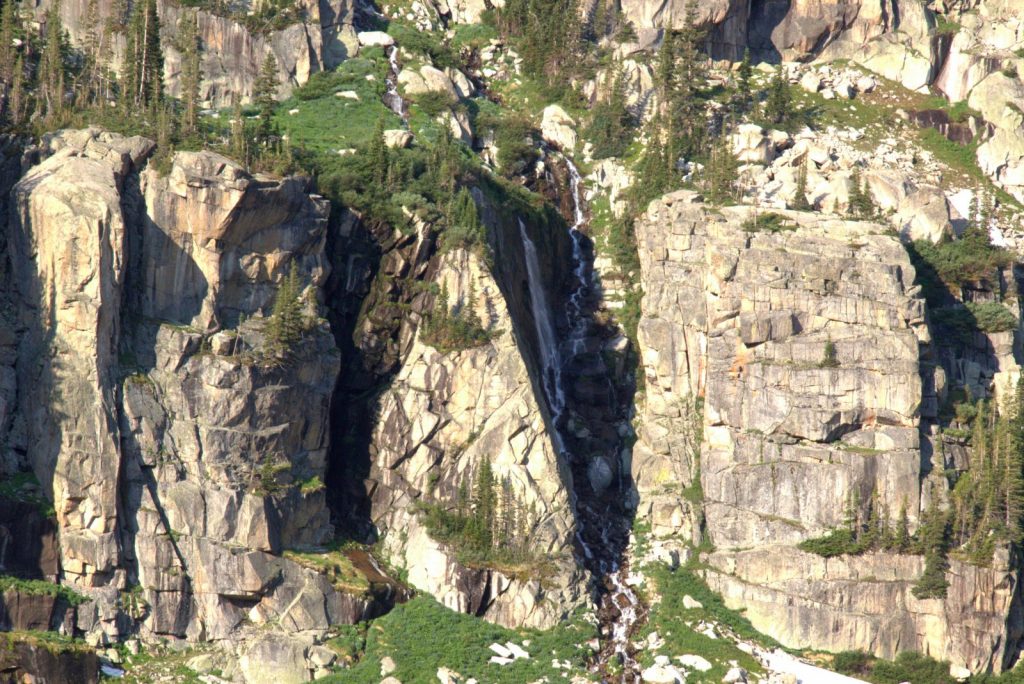 The second day I hiked by myself up into the Pawnee Basin, visiting Pawnee Lake and climbing to the top of the basin.  I could not pick out Pawnee Pass on the high wall above me, although on the map the trail appeared to zigzag up a vertical couloir.  Since I had climbed the pass from the other side in the past, I did not make myself climb the rest of the way to the top of the pass. On the way down, I stopped and rested on some large boulders and admired the view of Pawnee Lake below. Back in camp, Rick told me he had been visited by a mountain goat twice while I was gone. In a little while, Griffin began to growl, and we looked up to see the goat again on a rock above us, inspecting our camp. 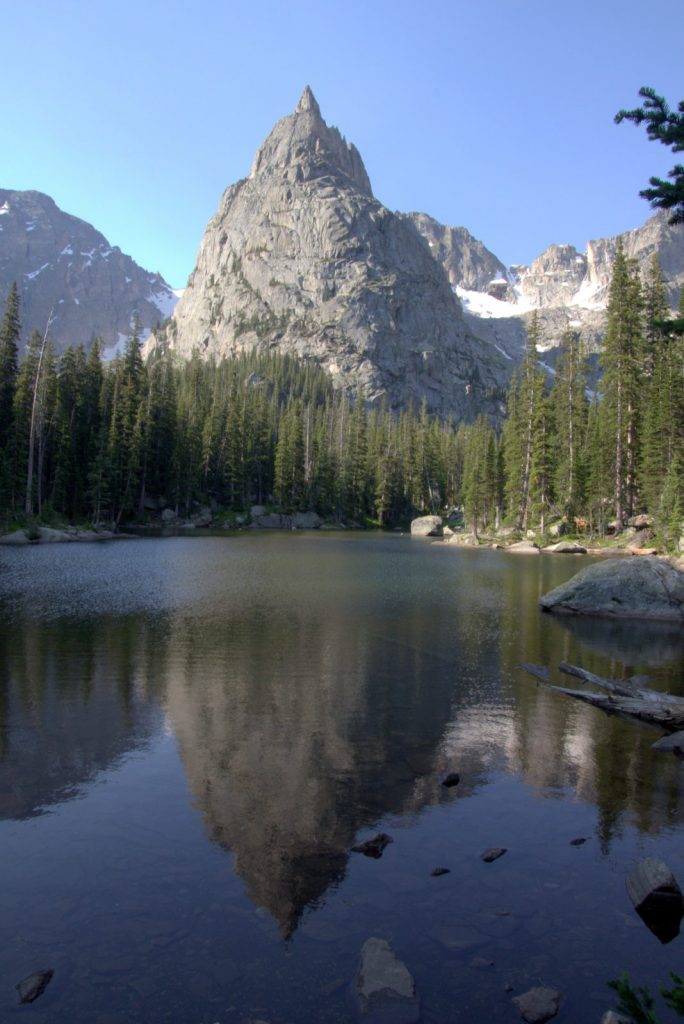 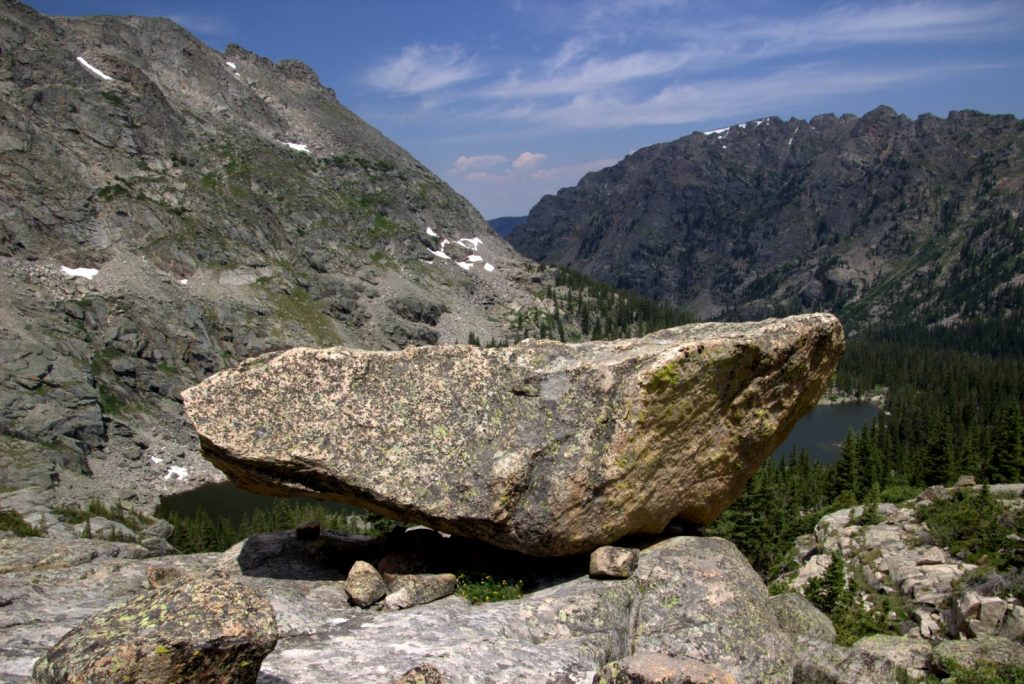 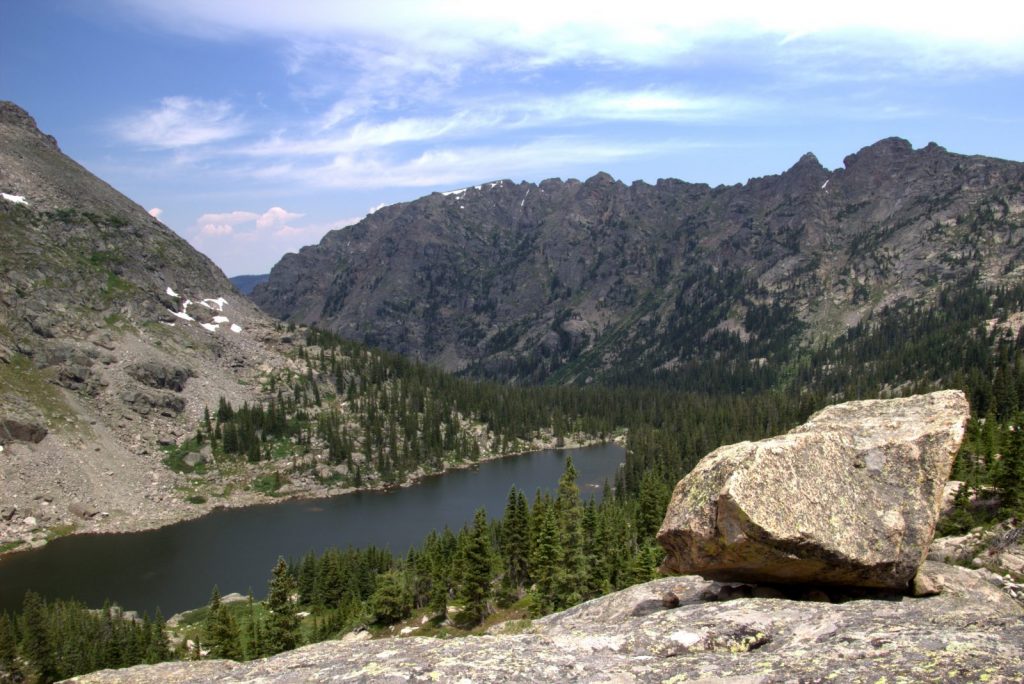 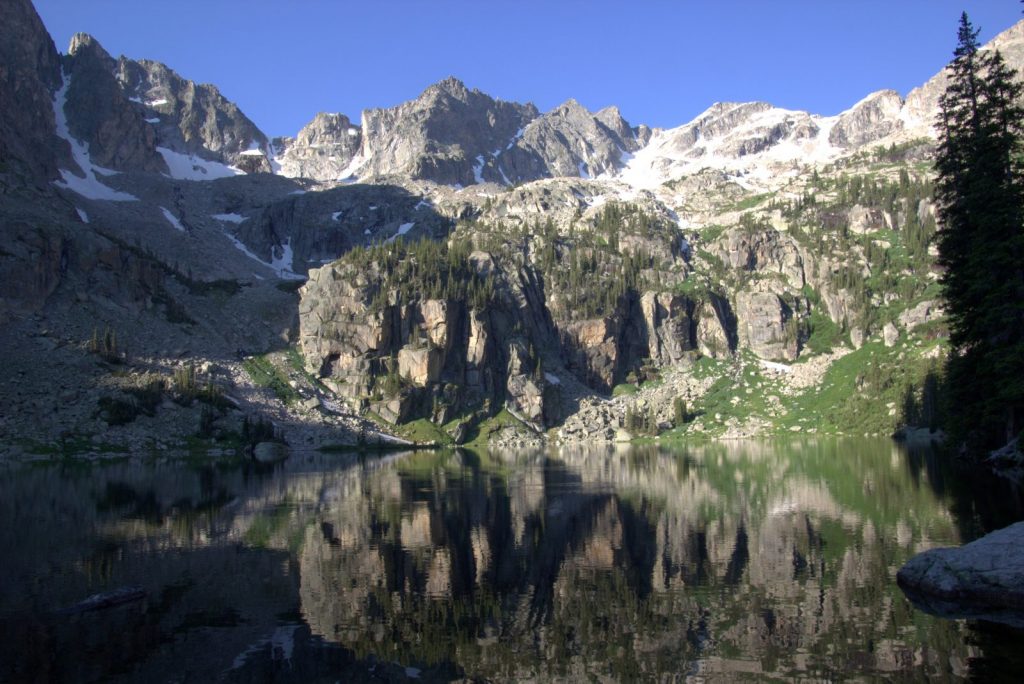 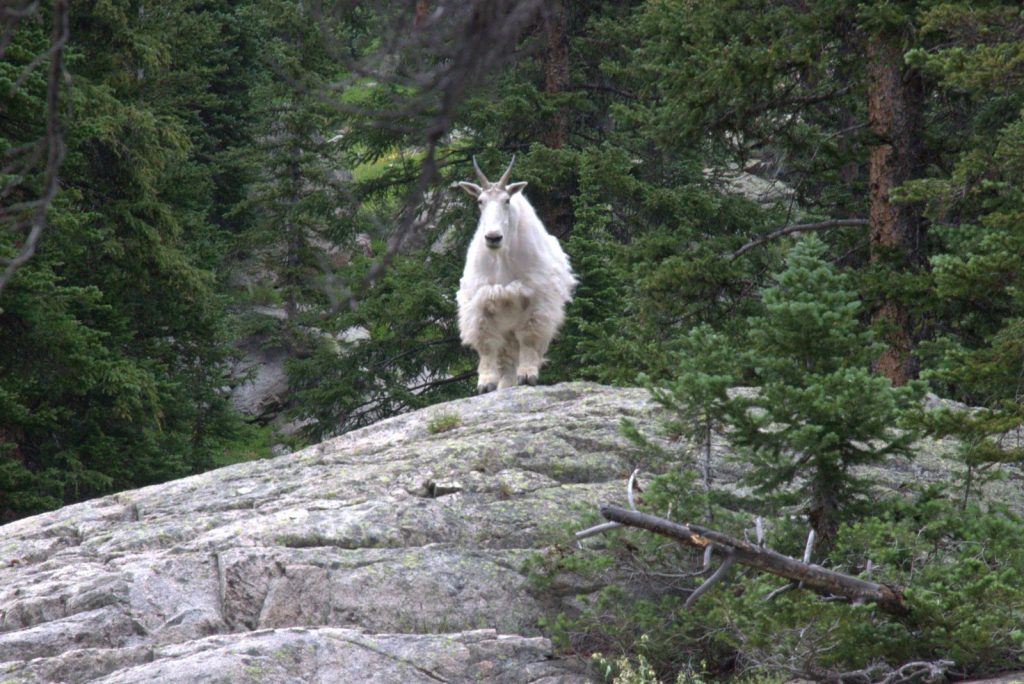