From Pisa, I took a short train trip to Lucca.  Lucca was a revelation.  Walking its regular Roman grid of narrow streets under old four to five story buildings and numerous towers and into lovely piazzas, you can believe it is an earlier age. The well-preserved old town is located within old fortification walls. The broad walls are topped by a broad path, creating a circumferential open-space around the town. I went into the beautiful San Martino cathedral.  I climbed to the top of the 145 foot high Torre dei Guinigi which is unusual because there are trees growing on top. I visited the lovely elliptical Piazzo del Mercato, also known as the Anfiteatro Romano because it was built on the site of a Roman amphitheater. I started to walk around the two mile long path on the shaded top of the wall, but left to get a meal.  I ate in a small piazza at an outdoor restaurant where most of the customers were Italian. 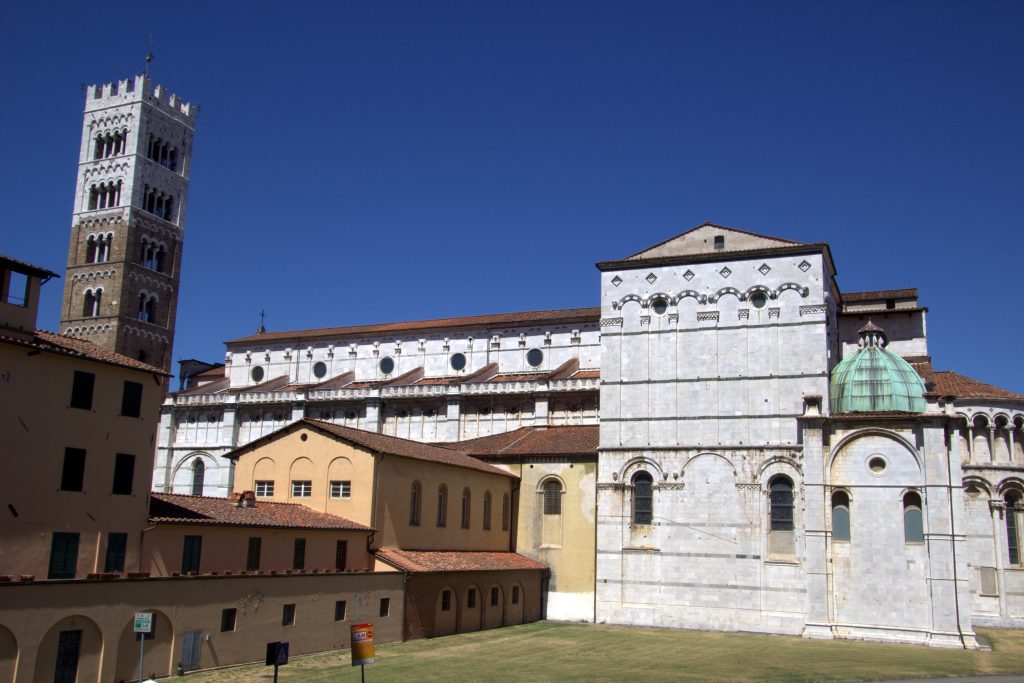 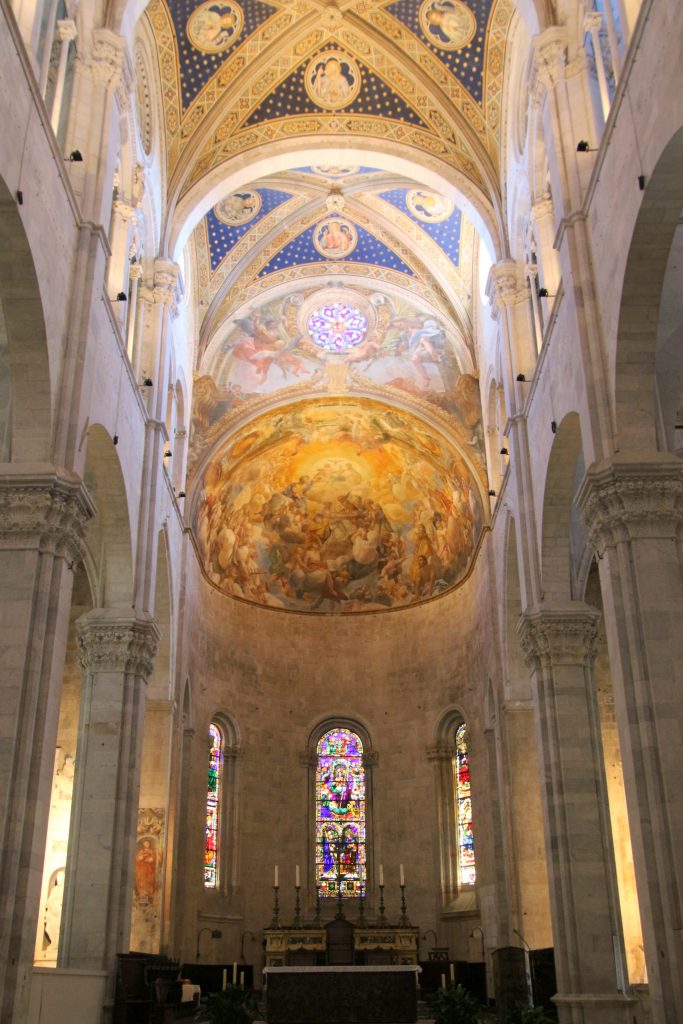 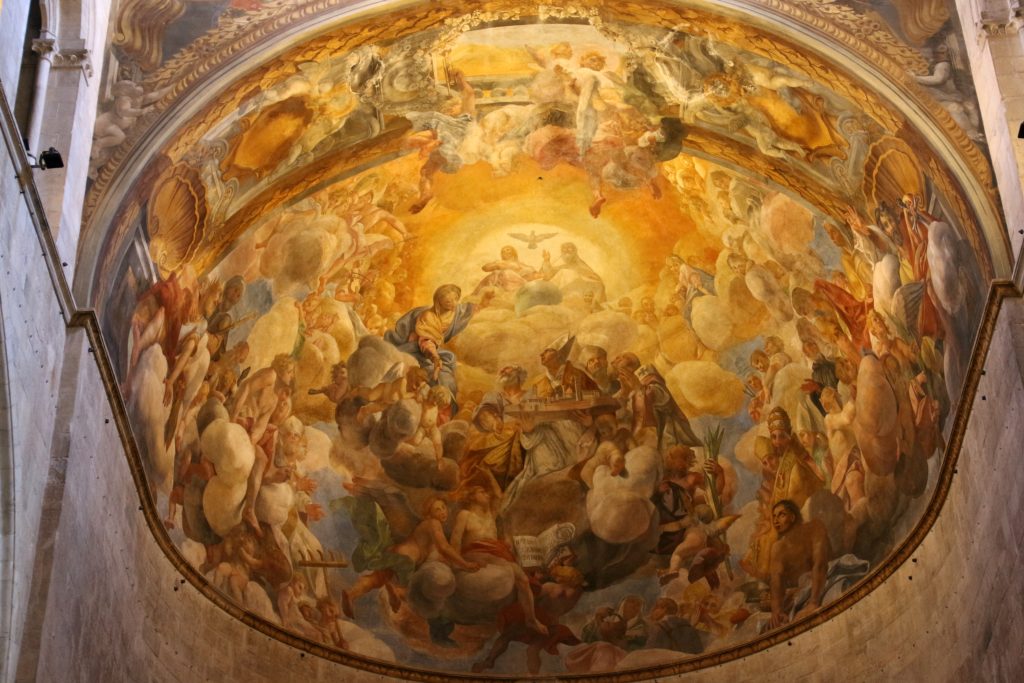 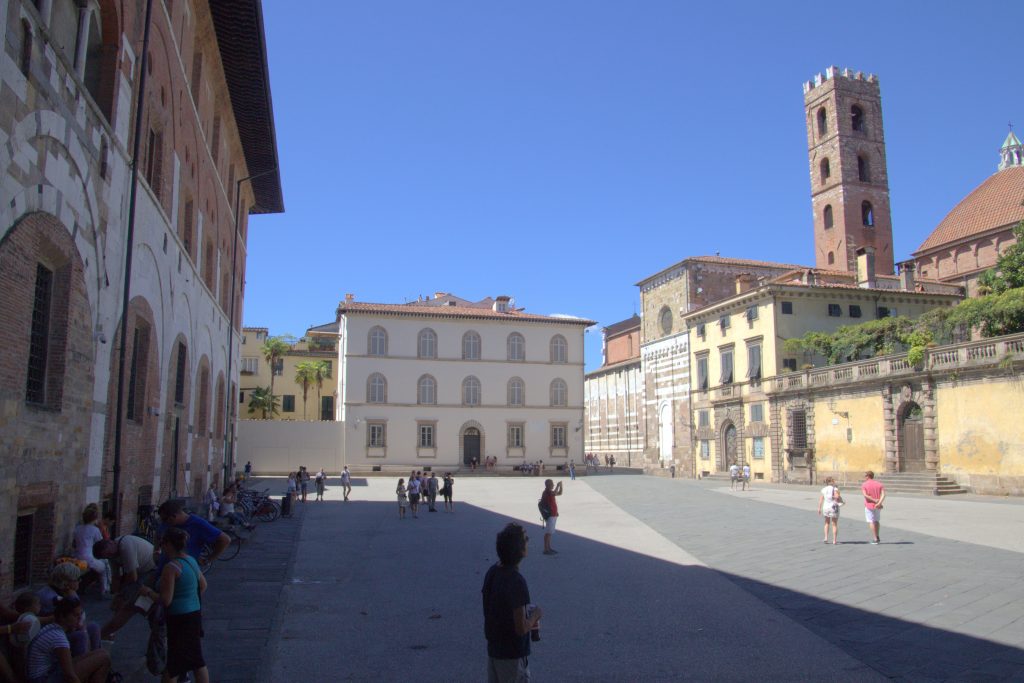 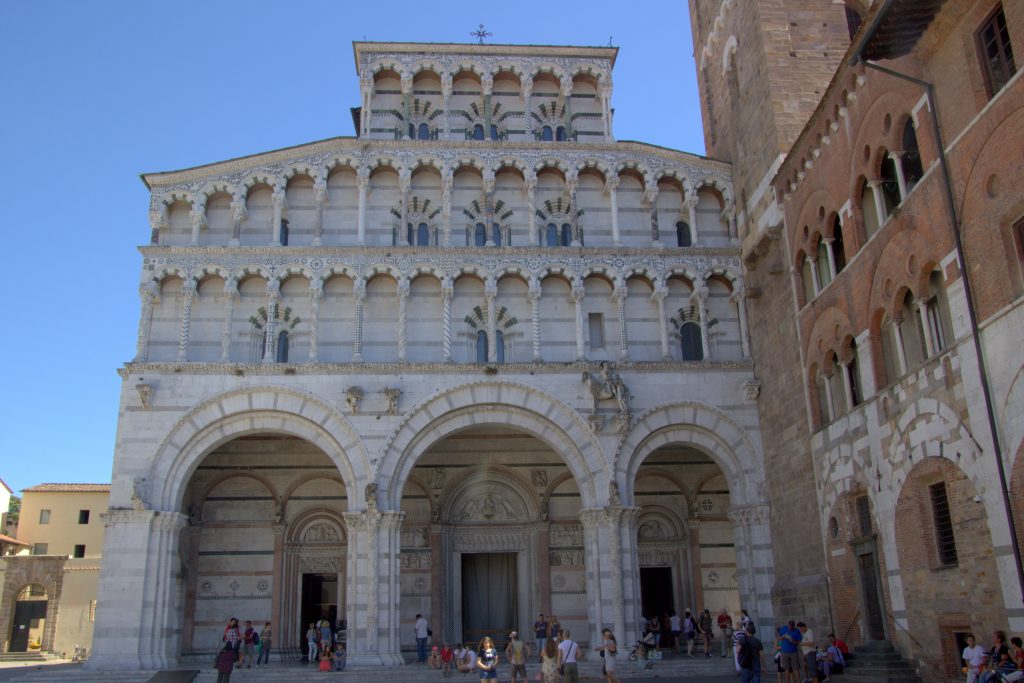 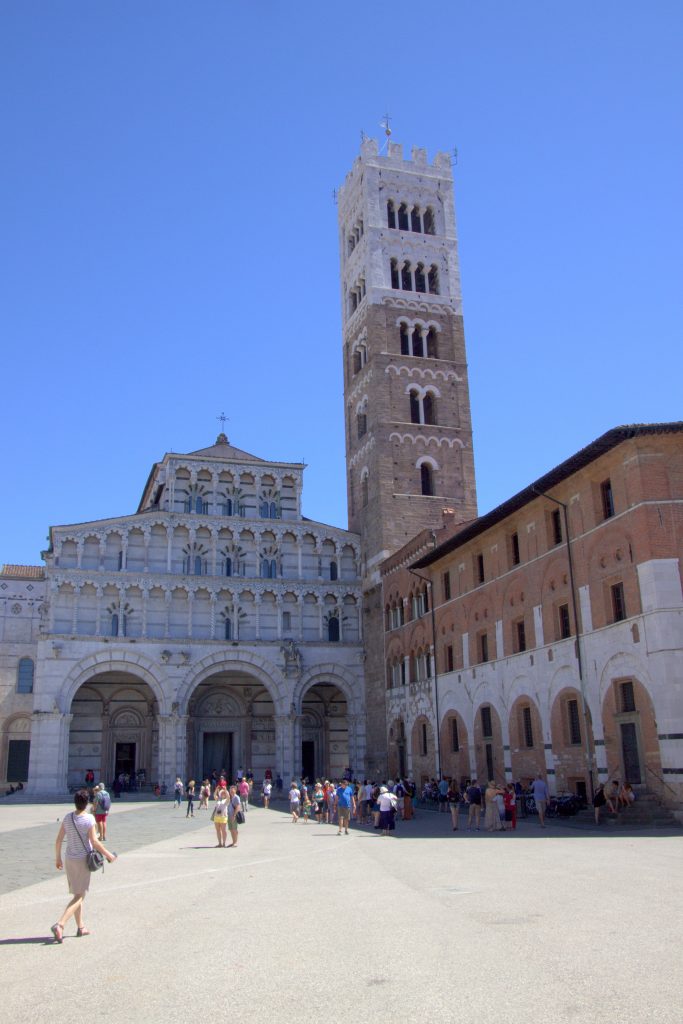 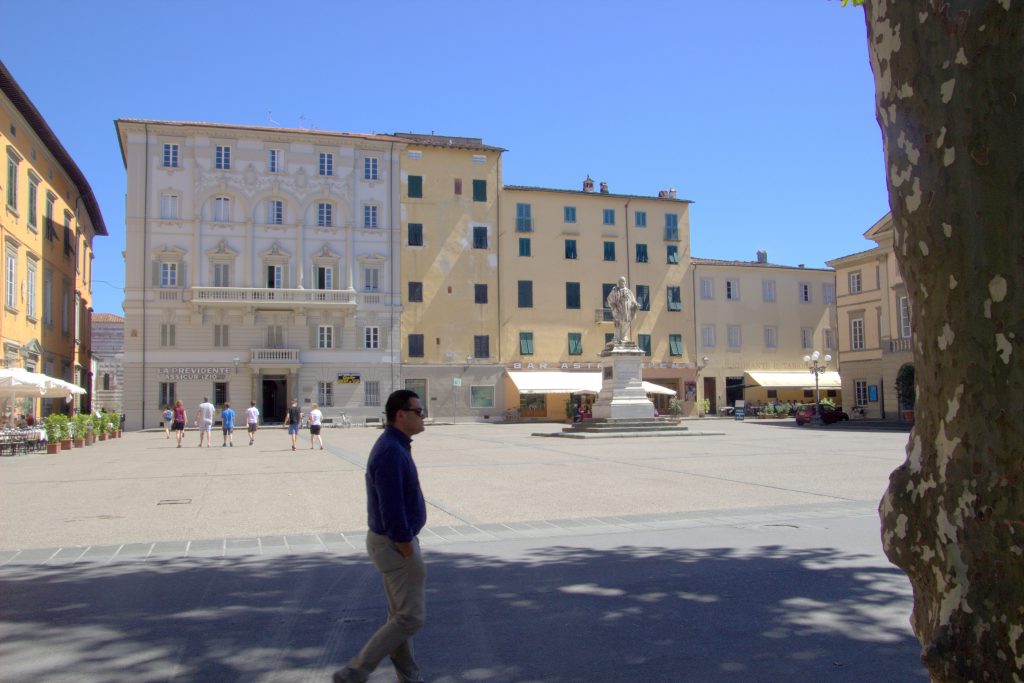 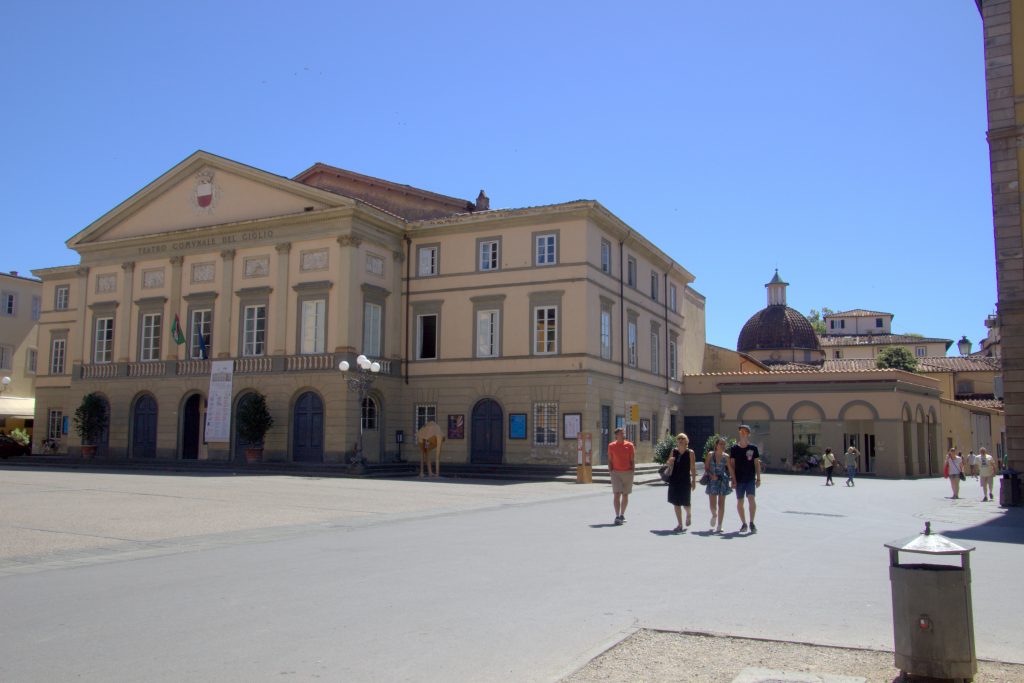 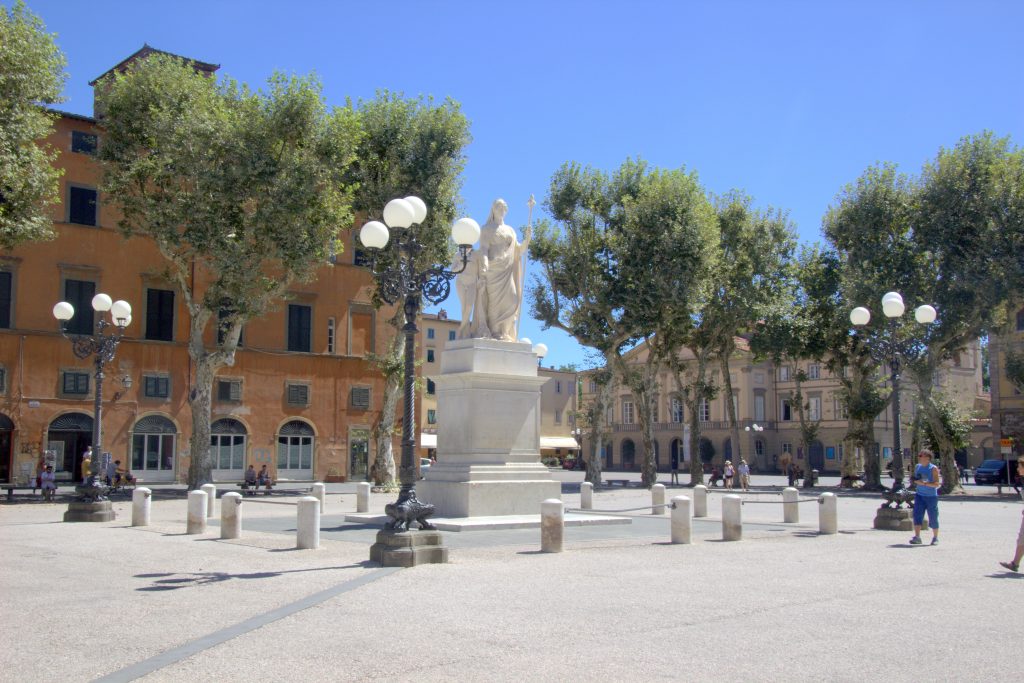 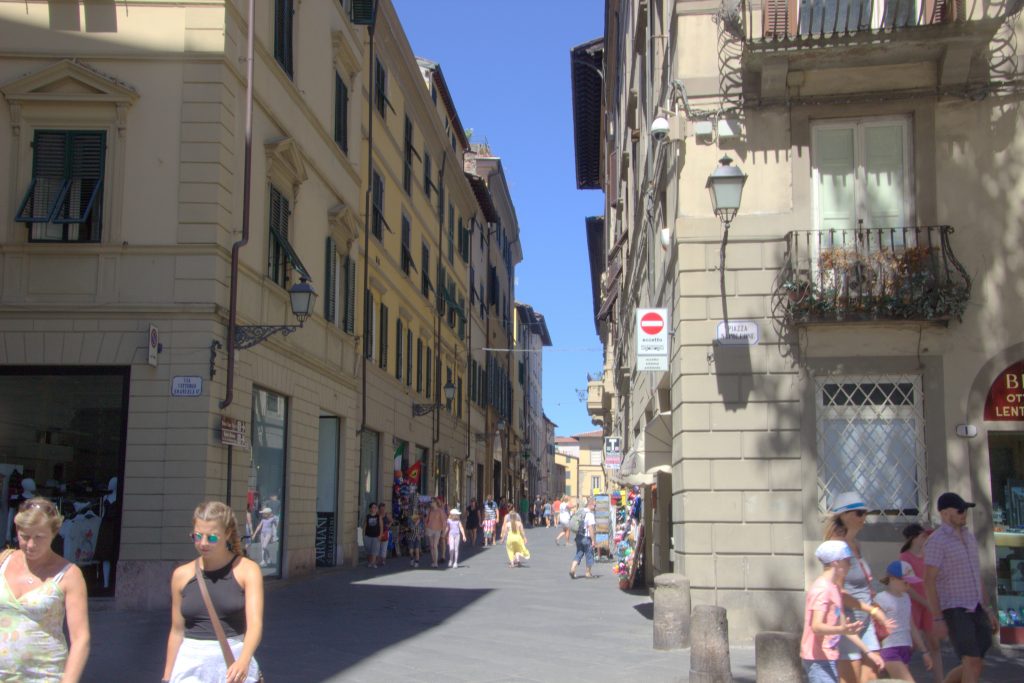 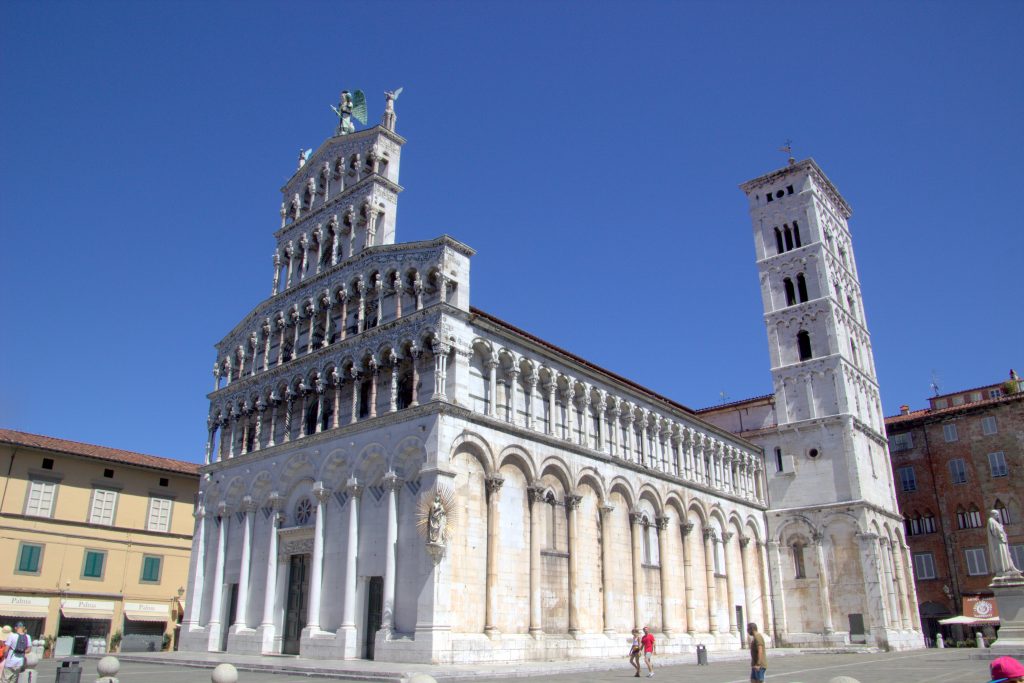 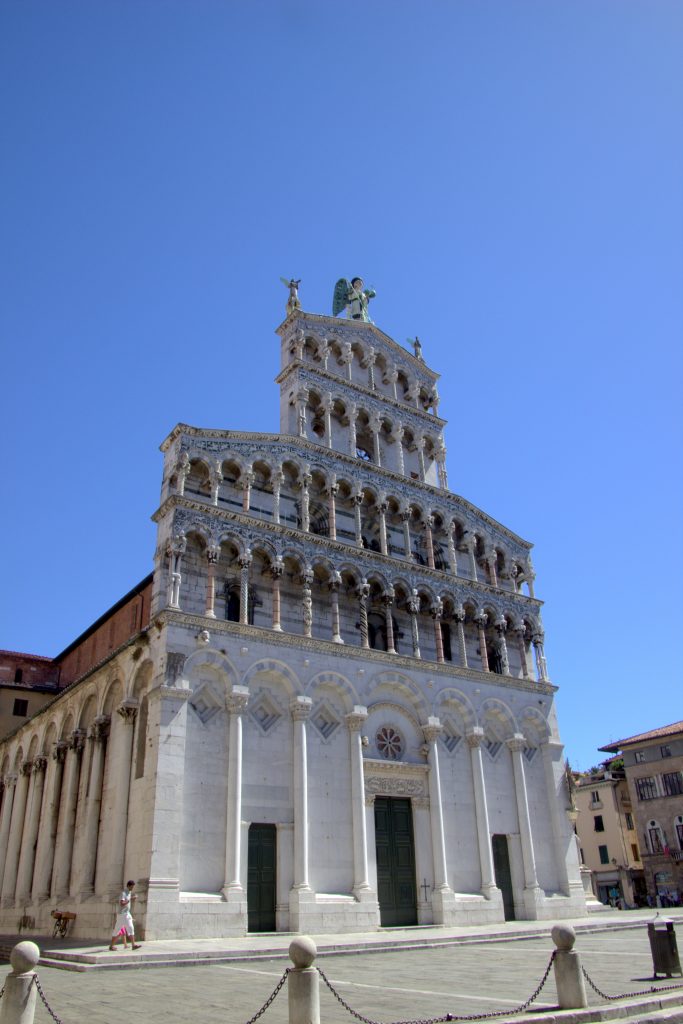 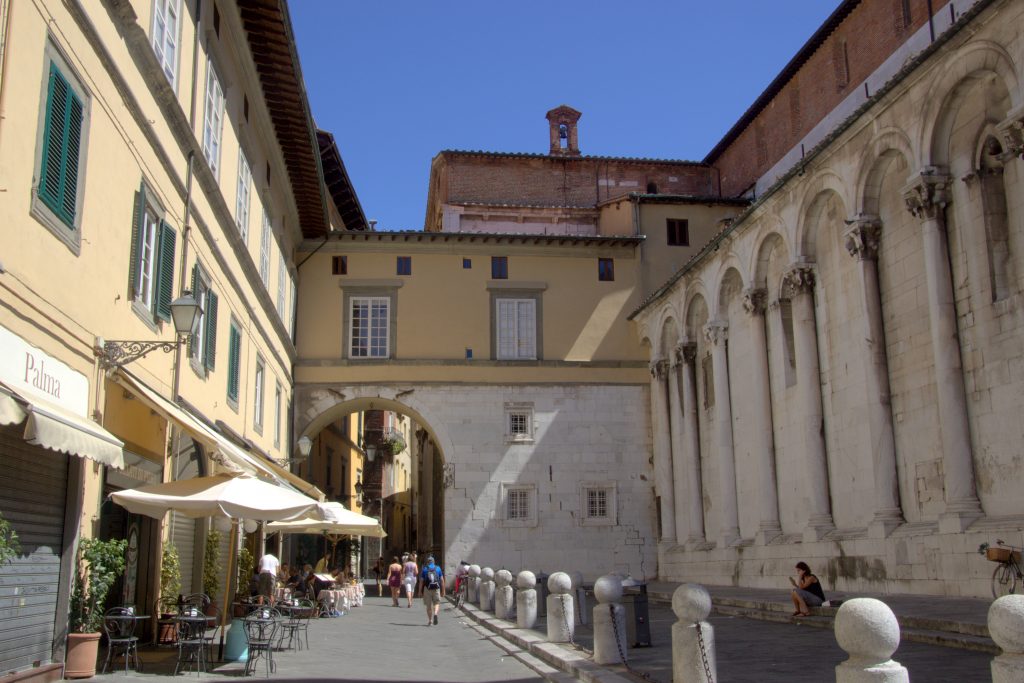 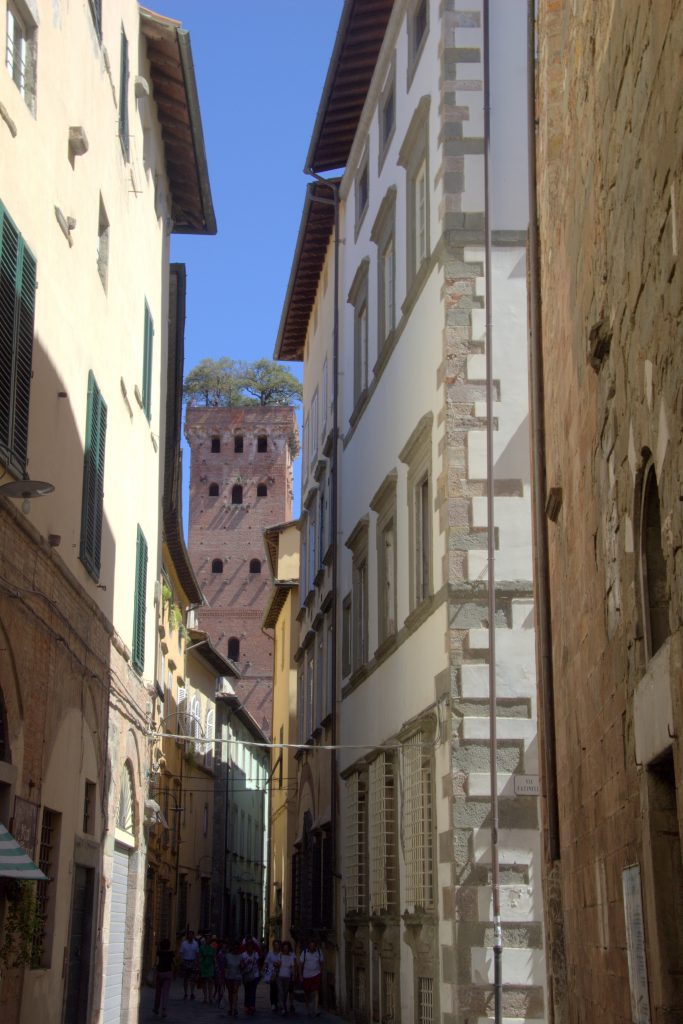 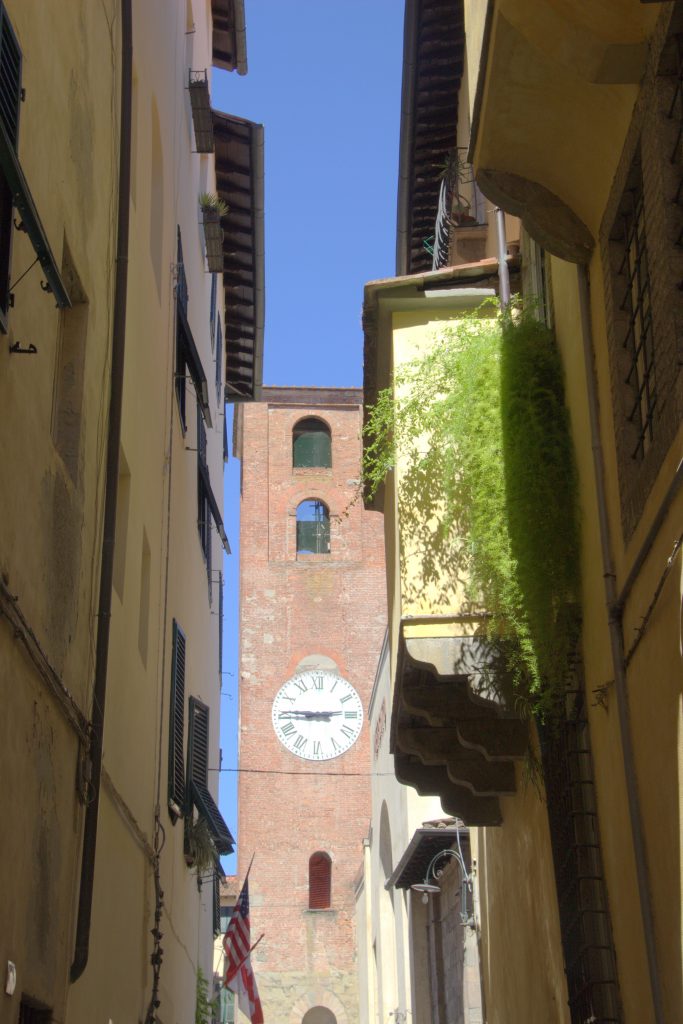 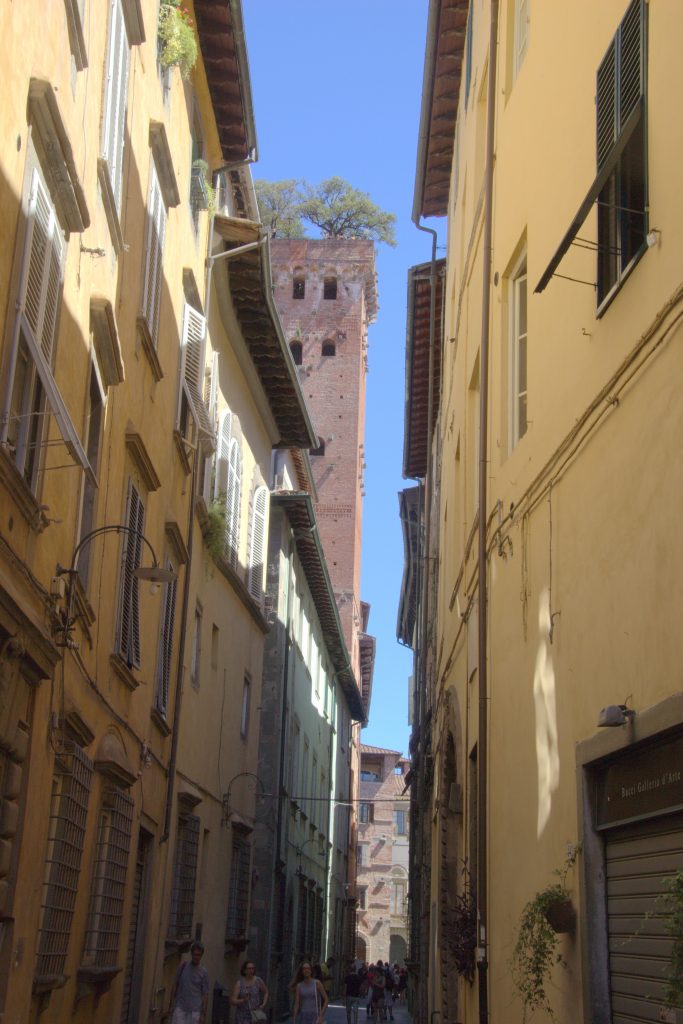 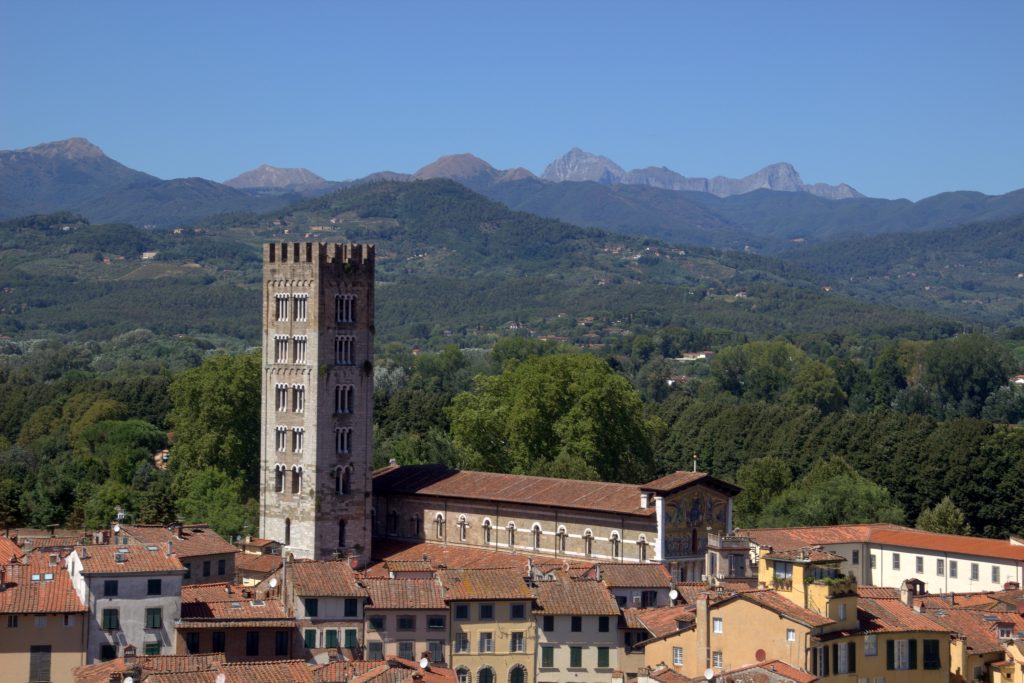 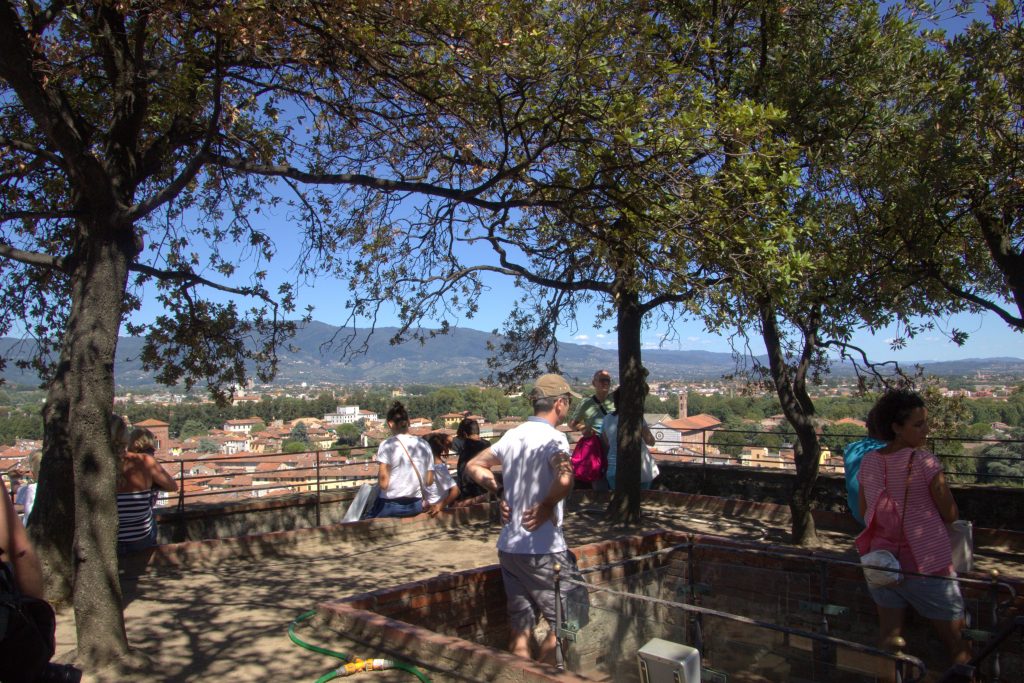 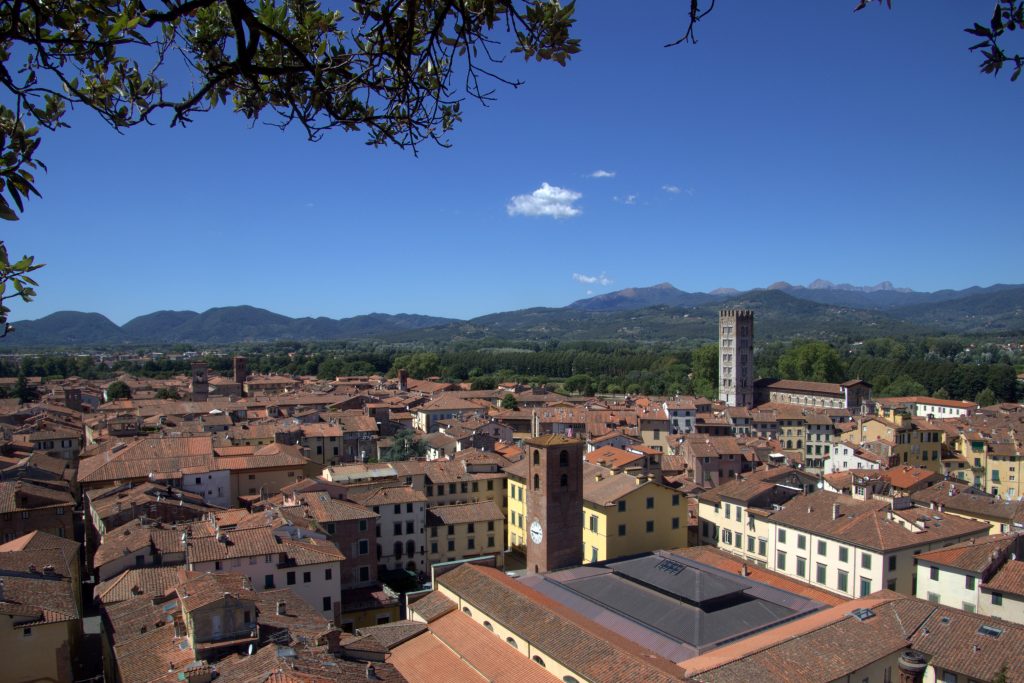 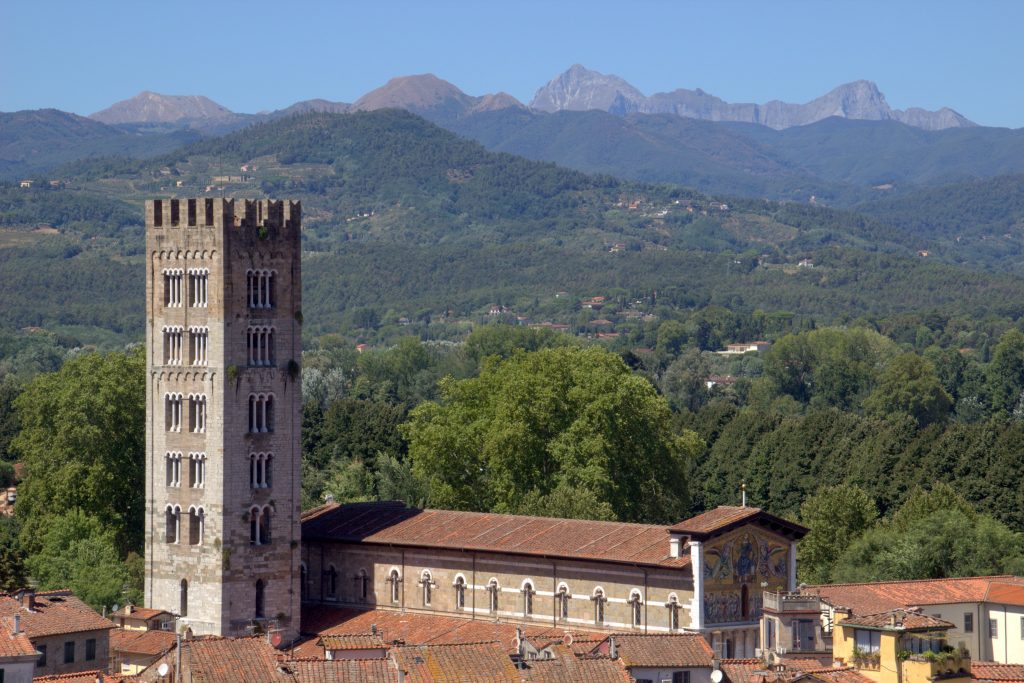 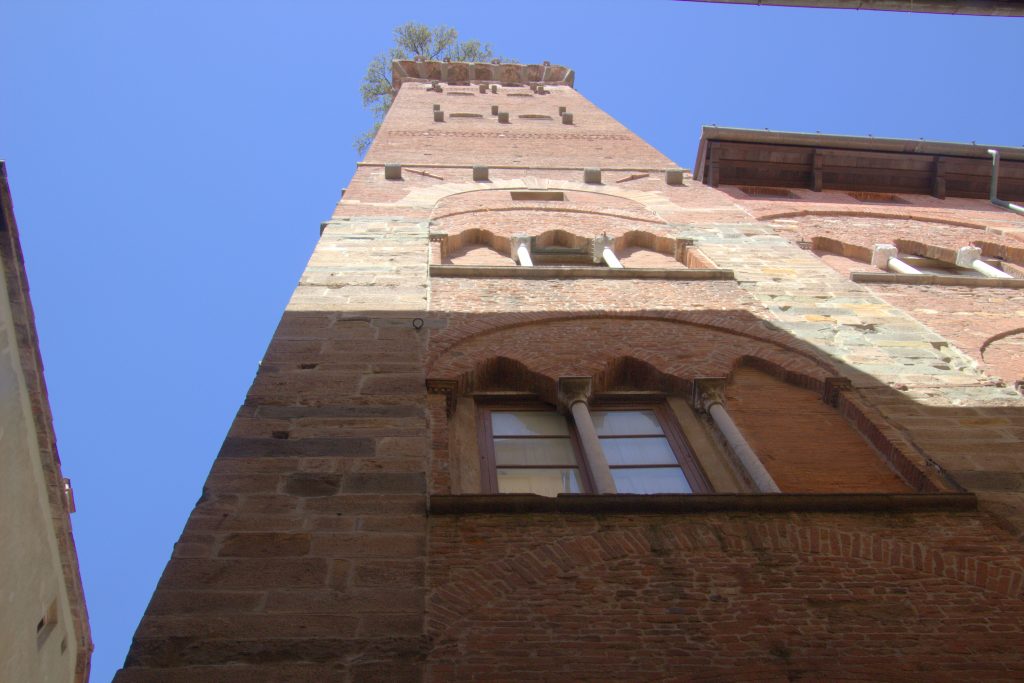 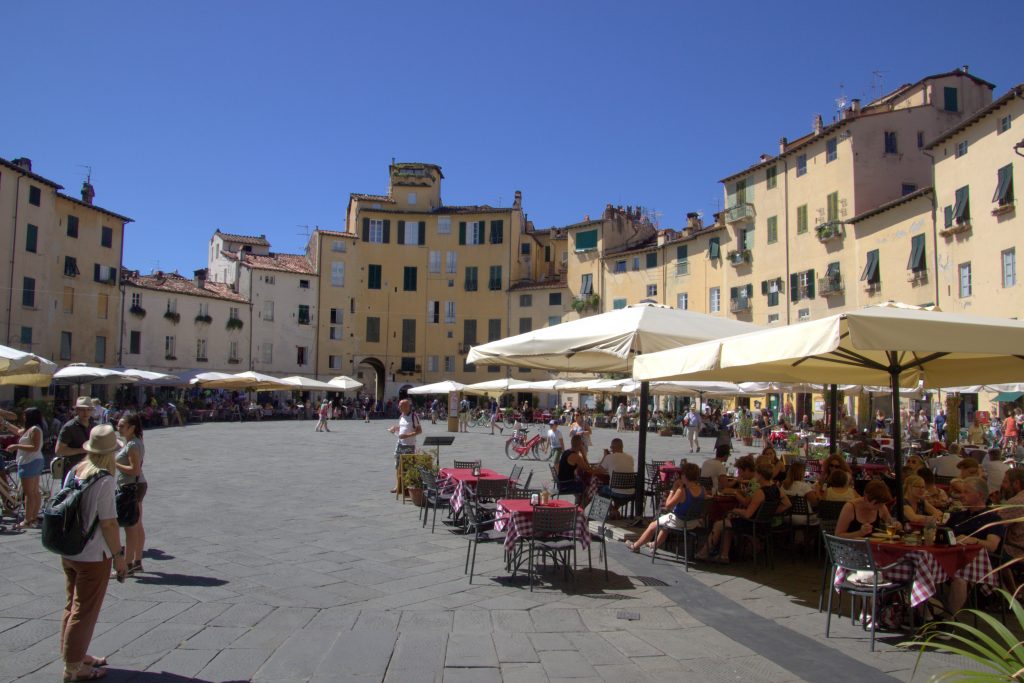 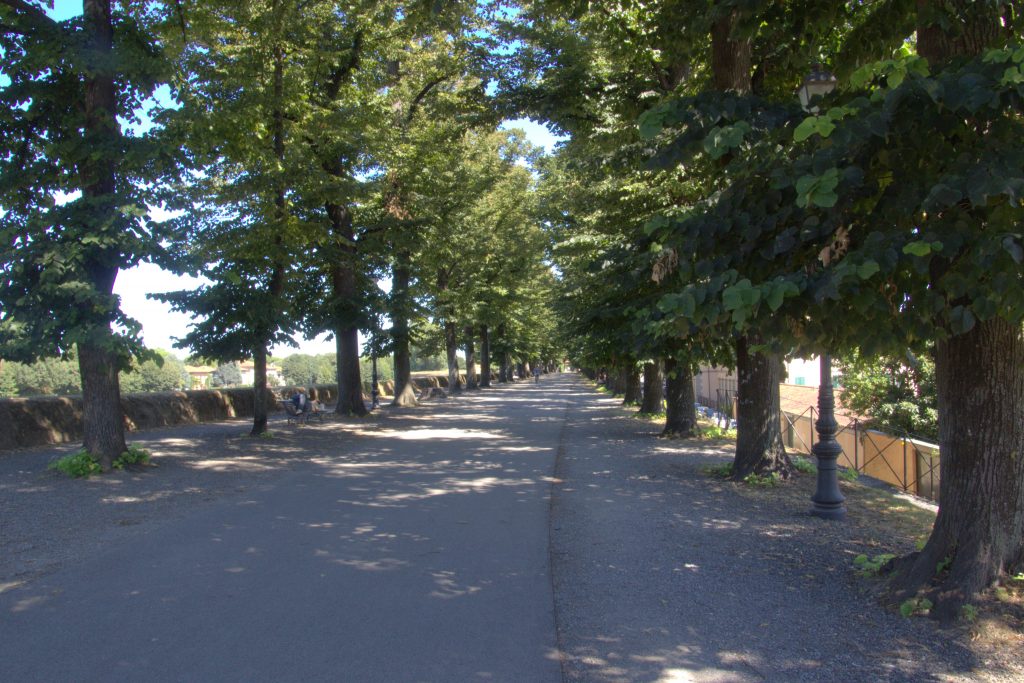 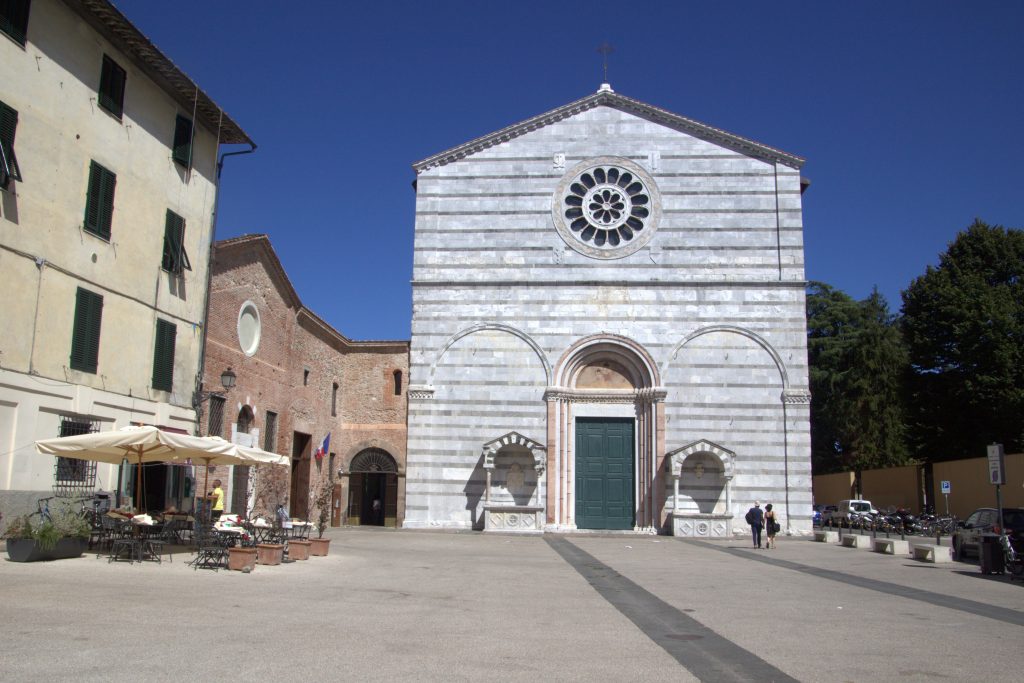 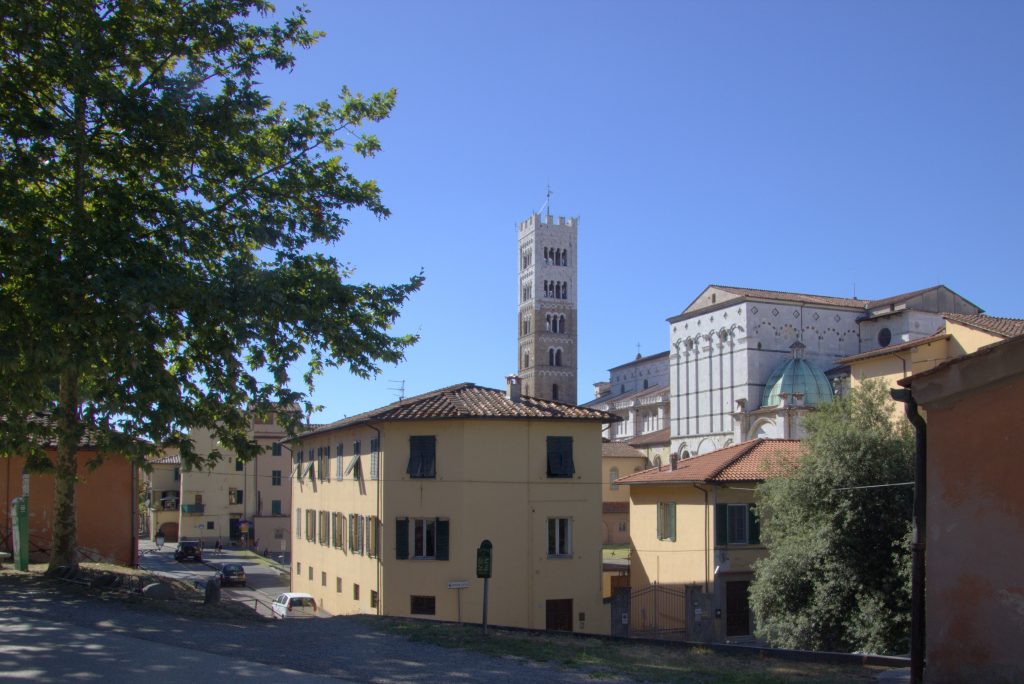 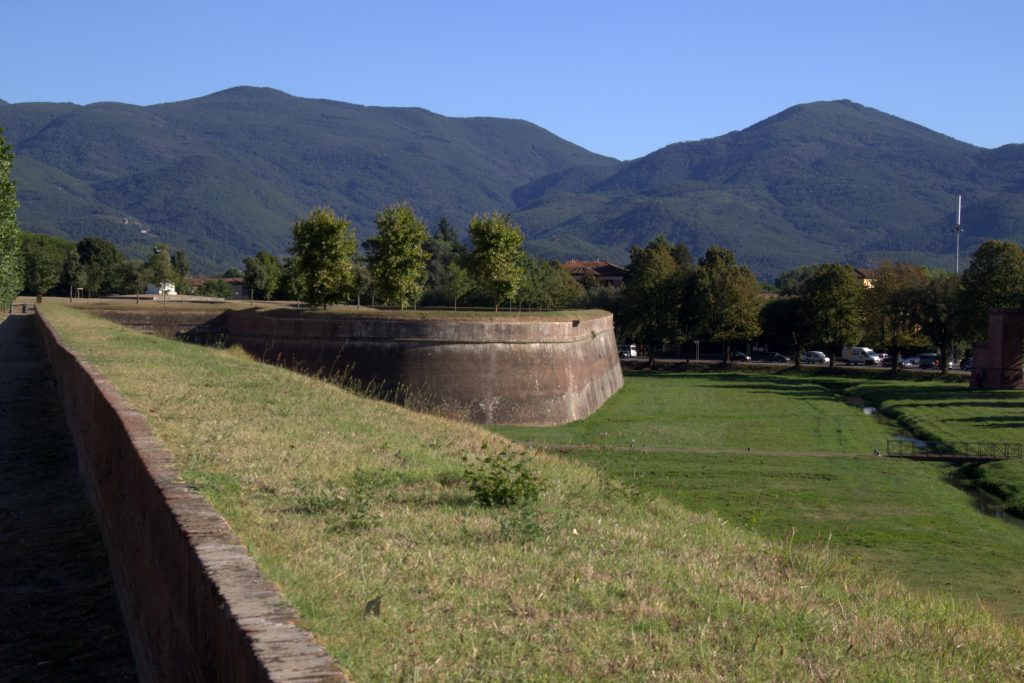