Monday, August 22 was another hot day, but this time I spent the morning in Pisa.  I took a short train ride from Florence to Pisa and walked some along the Arno River before walking north across the town to the Duomo.  The old buildings along the Arno are very attractive.  Otherwise, the town was not as interesting as Florence. I arrived at the Cathedral early so the crowds were light.  The Cathedral and Baptistery were begun in the eleventh and twelve centuries, while the leaning bell tower was a later addition, started in 1350. All the structures were placed in the wide open Campo dei Miracoli (Field of Miracles) so that they can easily be viewed together. The striped marble exteriors of the buildings are all beautifully designed and constructed. I went into the ticket office and found that the ticket to climb the leaning tower was expensive and that I would have to reserve a time later in the day to enter it.  So I did not climb the leaning tower. The interiors of the Baptistery and Cathedral were beautifully designed with pointed arches and large columns.  I was not so impressed, however, by much of the baroque era art inside. By the time I finished touring the interiors, the Camp dei Miracoli was full of people, and many of them were taking the standard photograph of someone "holding up" the leaning tower making it difficult to take pictures. I walked back south and stopped at a coffee bar near the train station with tables in the shade.  I consumed a cappuccino and cheese pastry and rested while I waited for the train. 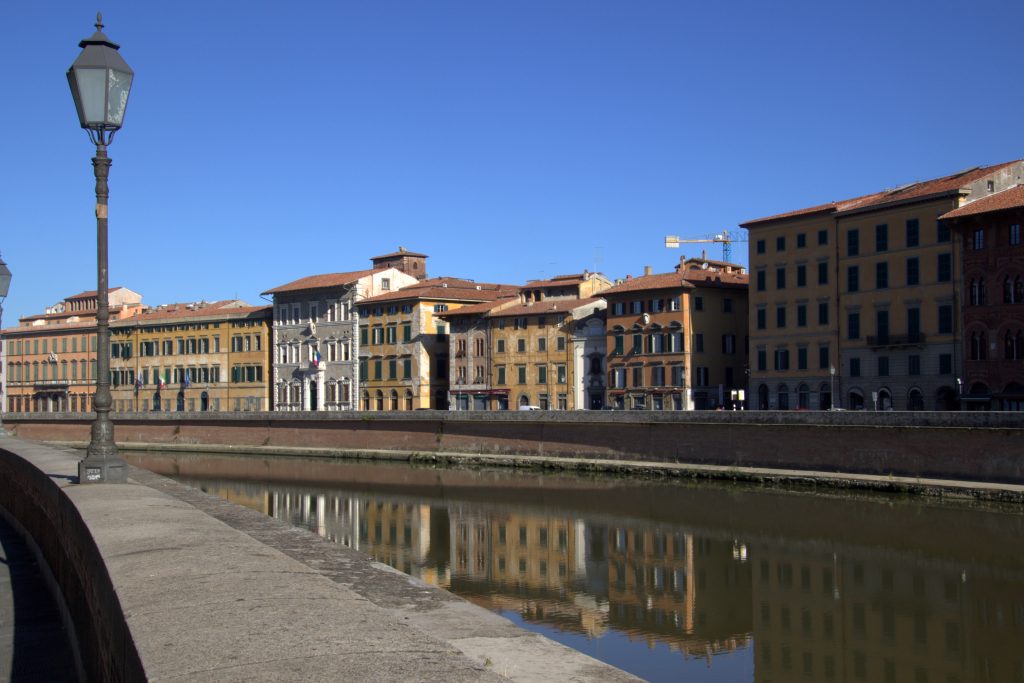 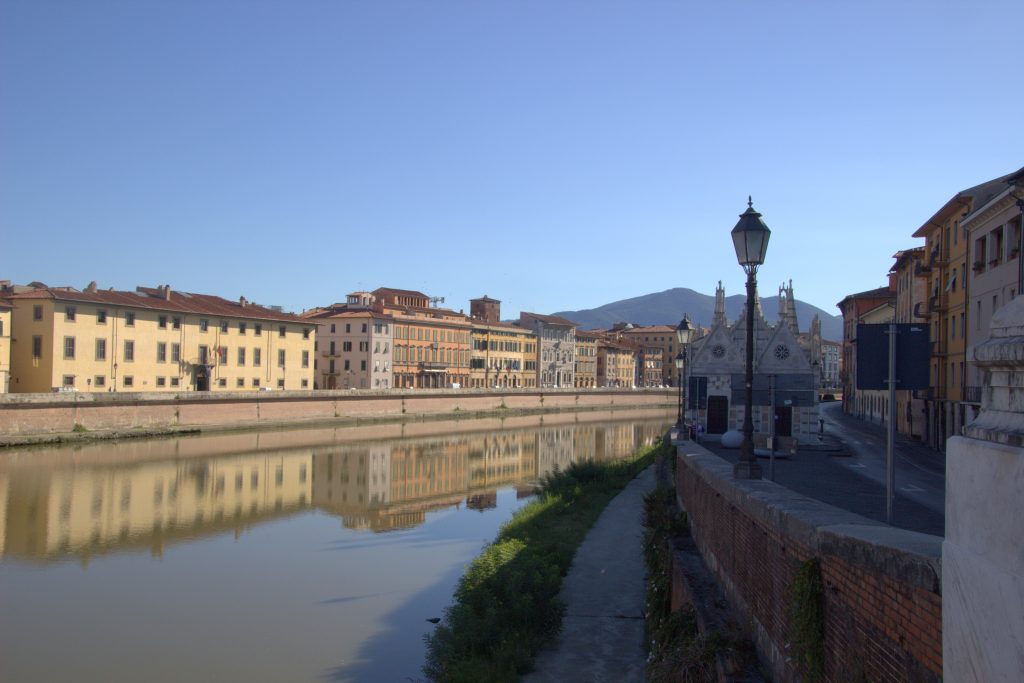 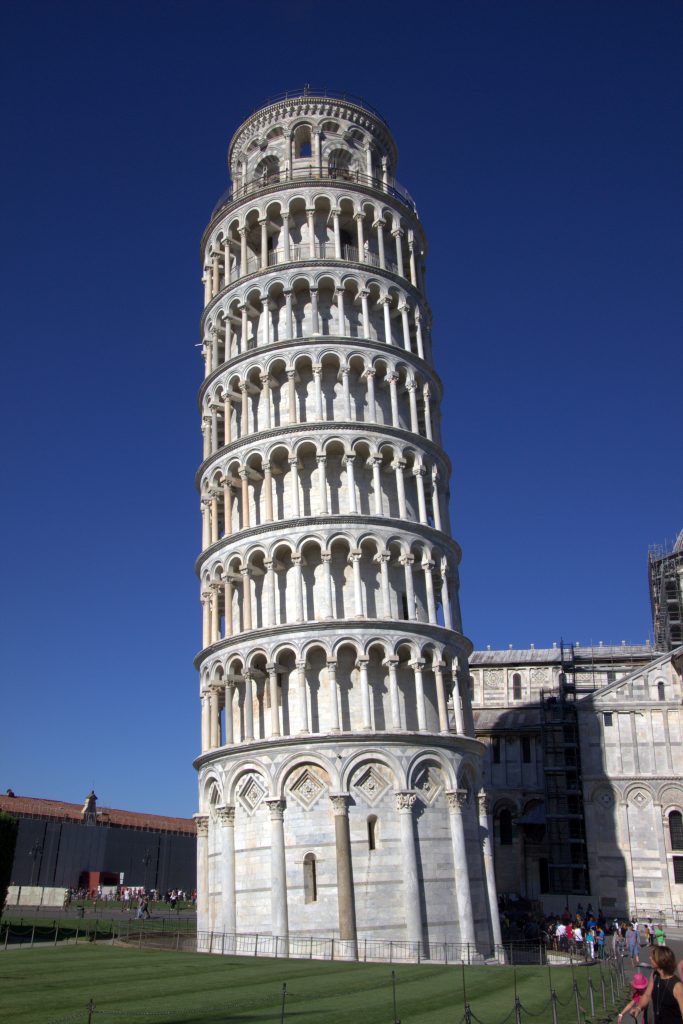 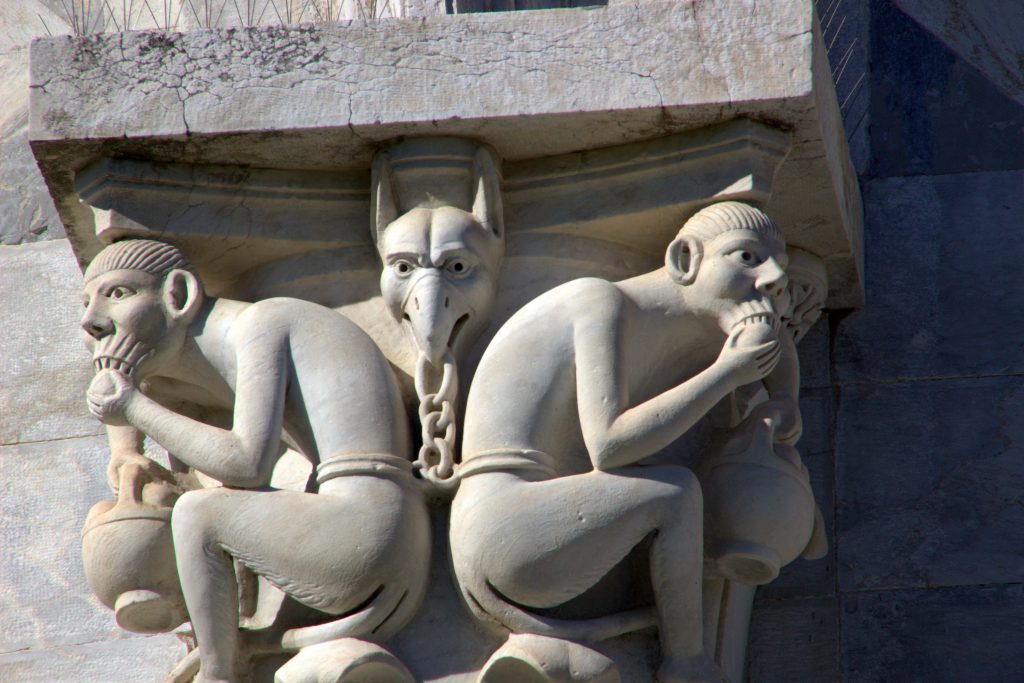 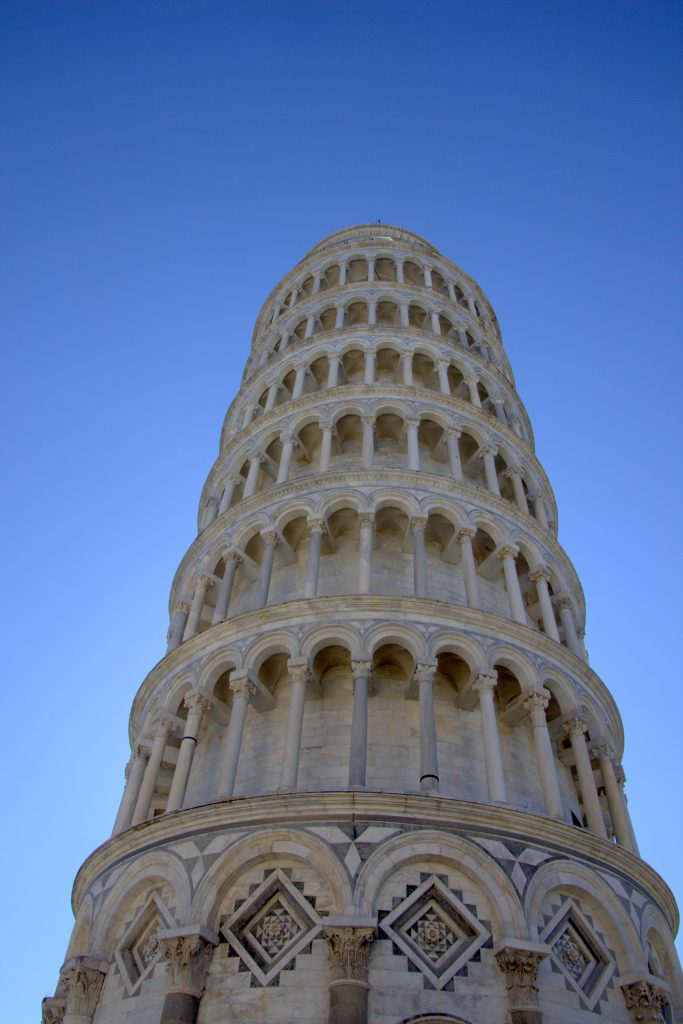 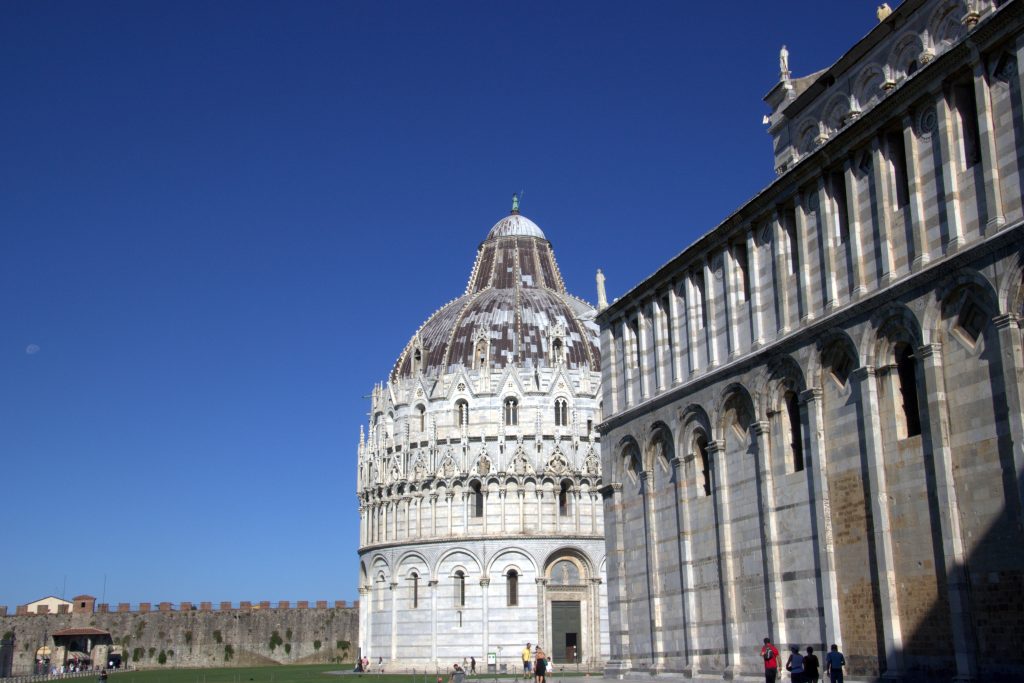 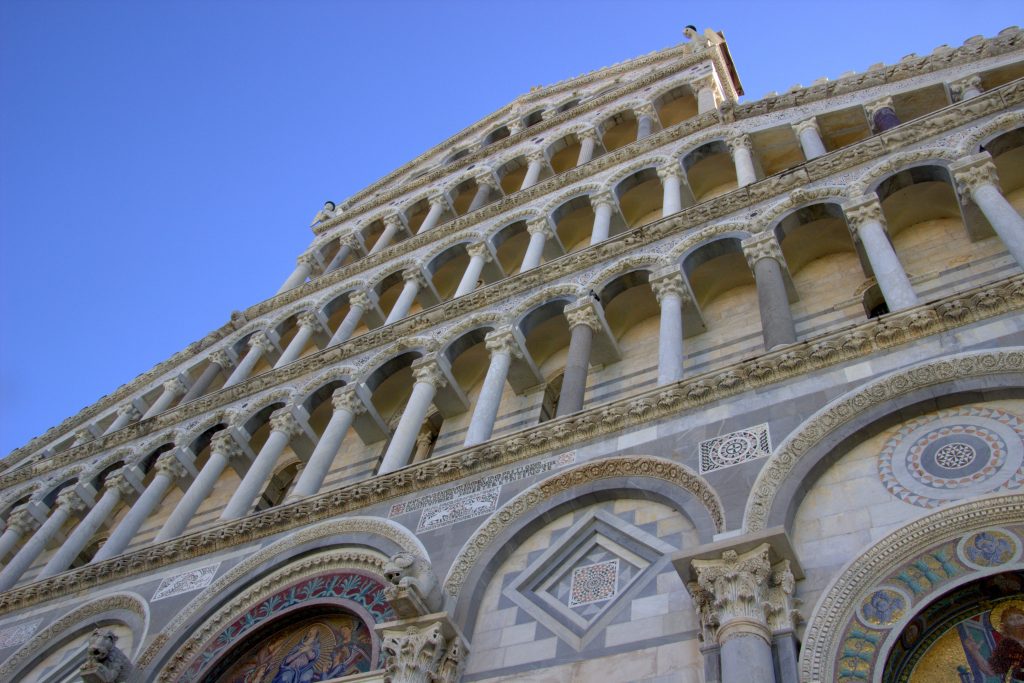 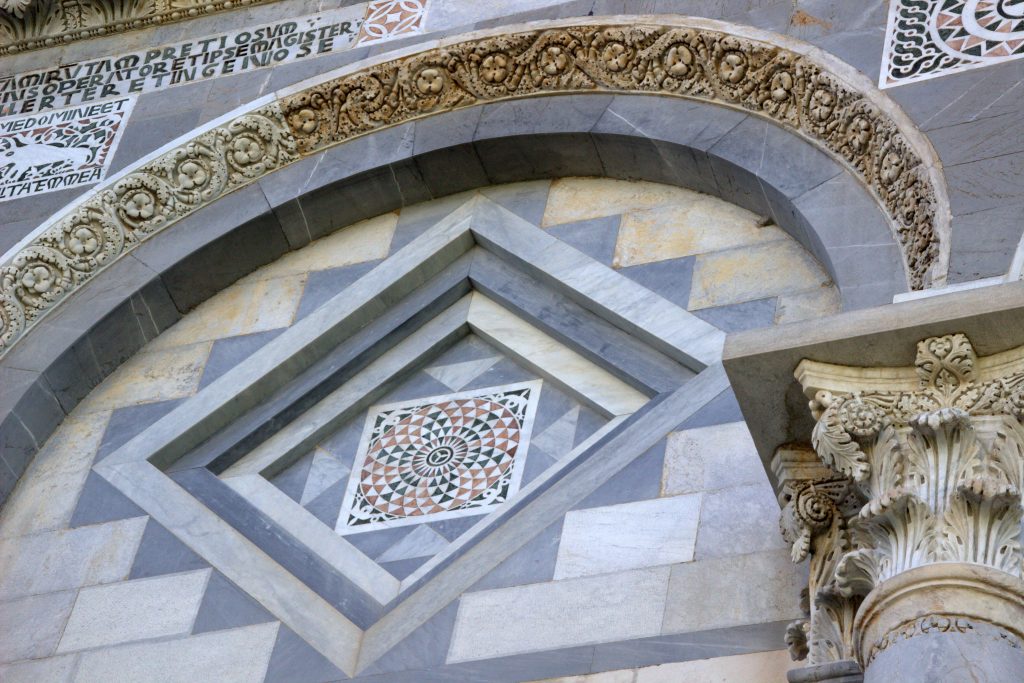 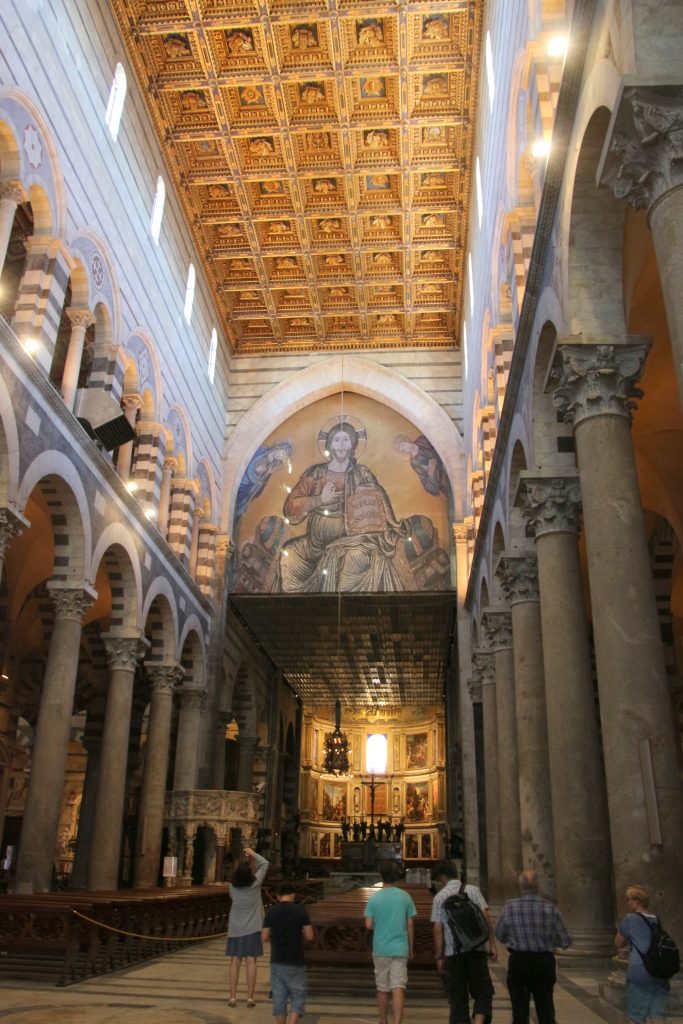 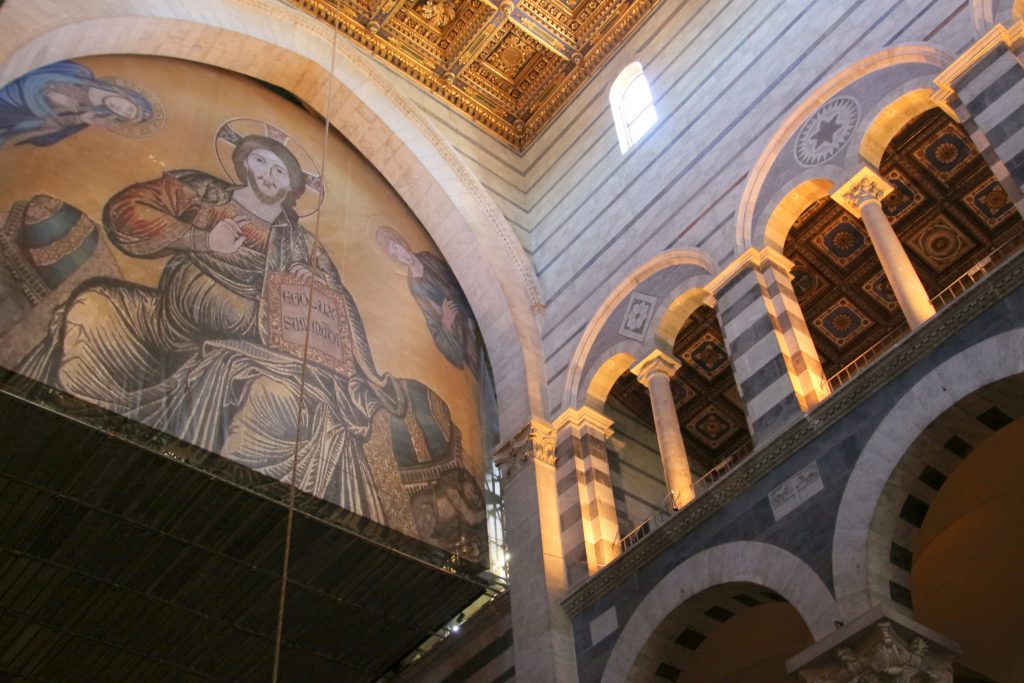 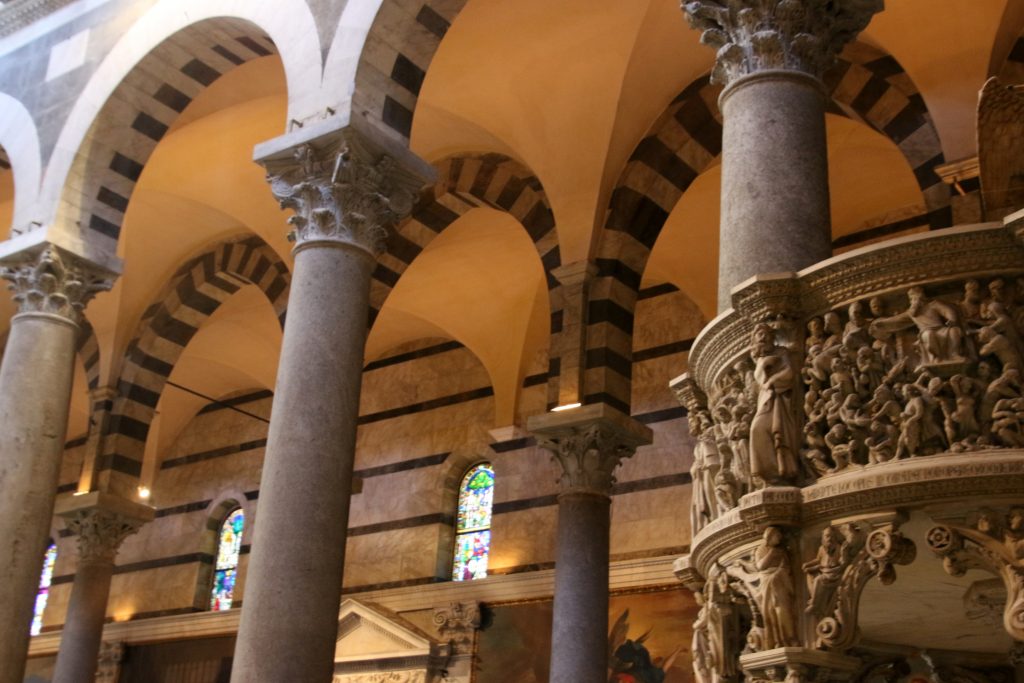 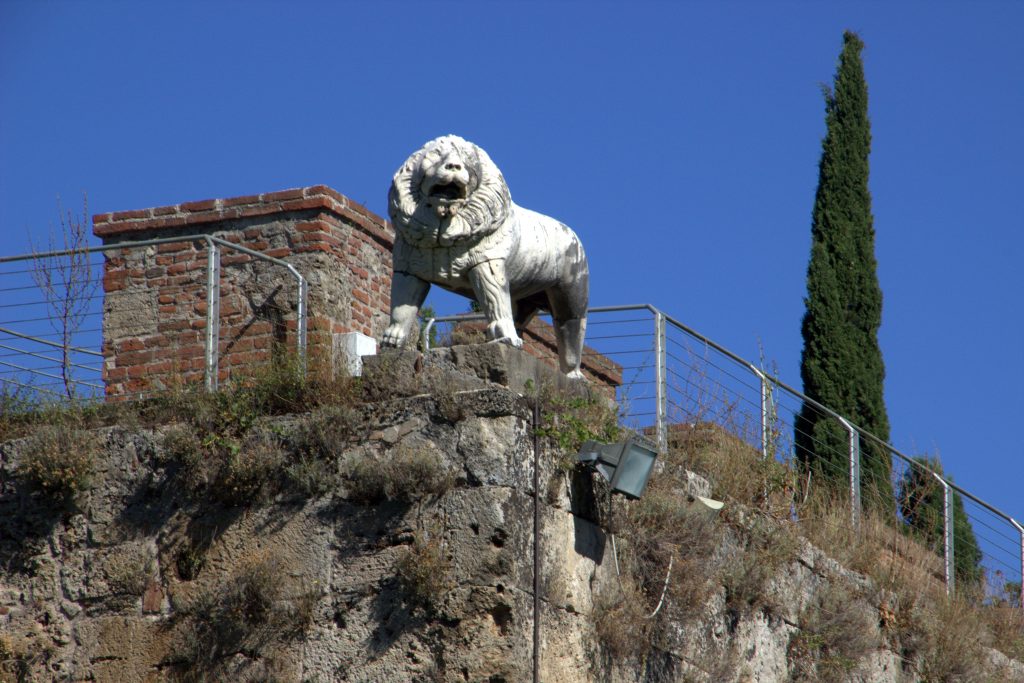 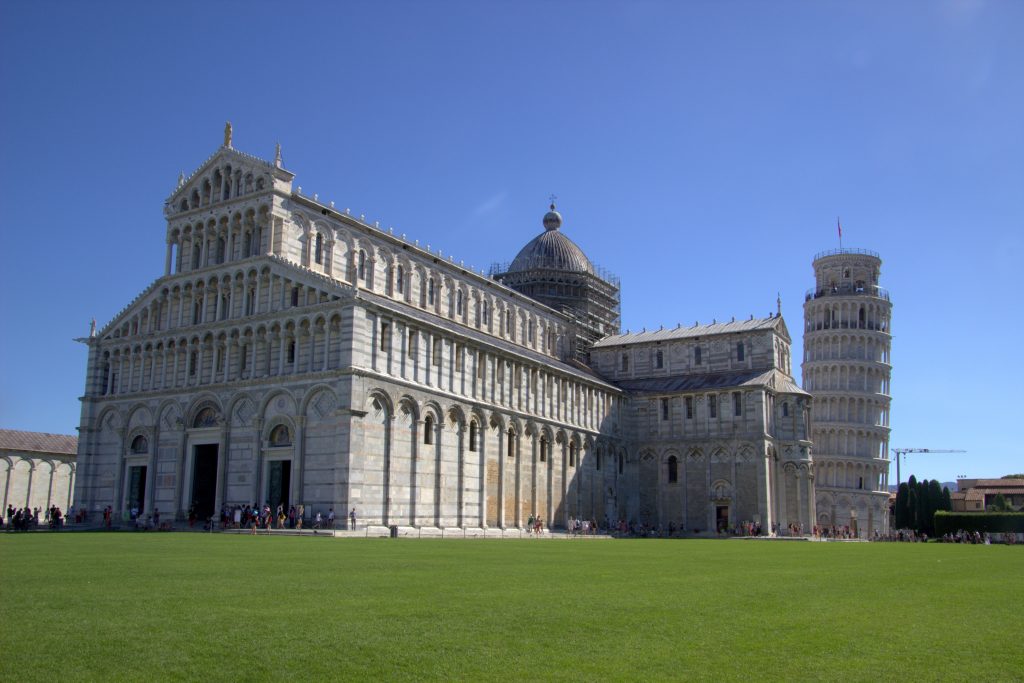