Unity Pond was as smooth as glass. Sitting on the Lake in the kayak, looking back at the shore, the reflection of the sky and the trees oscillated  vertically, broken into bubbles of color moving toward me.  I paddled out around some rocks extending slightly above the lake surface. Four herons stood on the rocks. As I paddled towards the far shore, I could see a solitary loon floating, dark colored with a white neck.  I considered paddling to the far shore but the kayak was flat-bottomed and slow, and as I paddled, the other shore did not seem to get closer.  Back by the rocks, an osprey flew over and the herons took flight with their folded necks. As I approached the near shore, I floated through a collection of small lily pads with just two spherical, yellow blossoms.  In the afternoon, the wind picked up and the water became dark and broken. 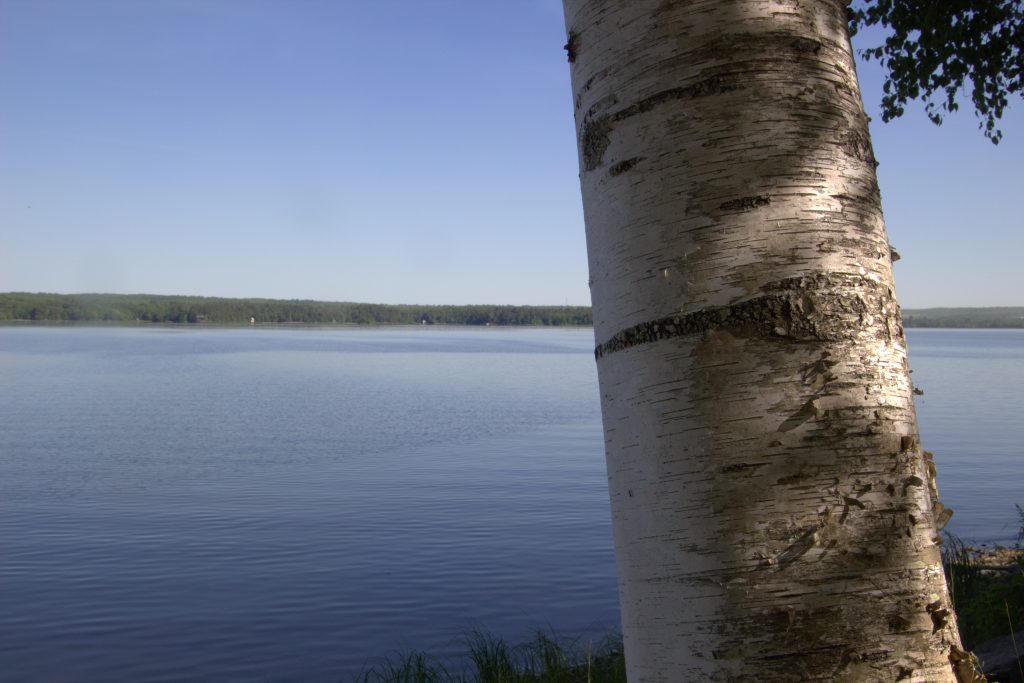 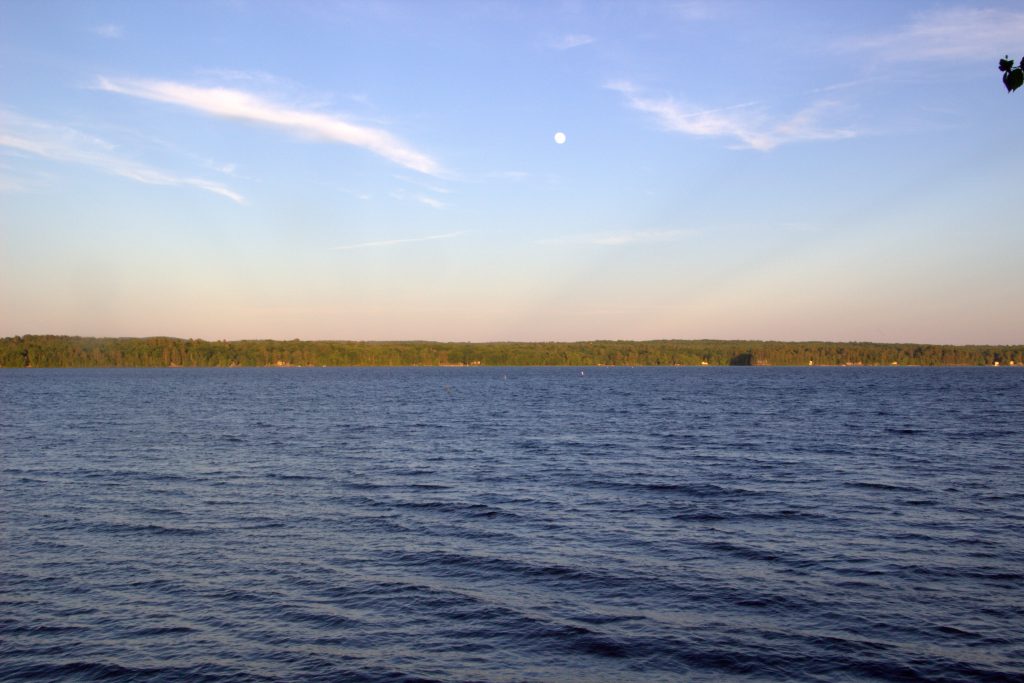 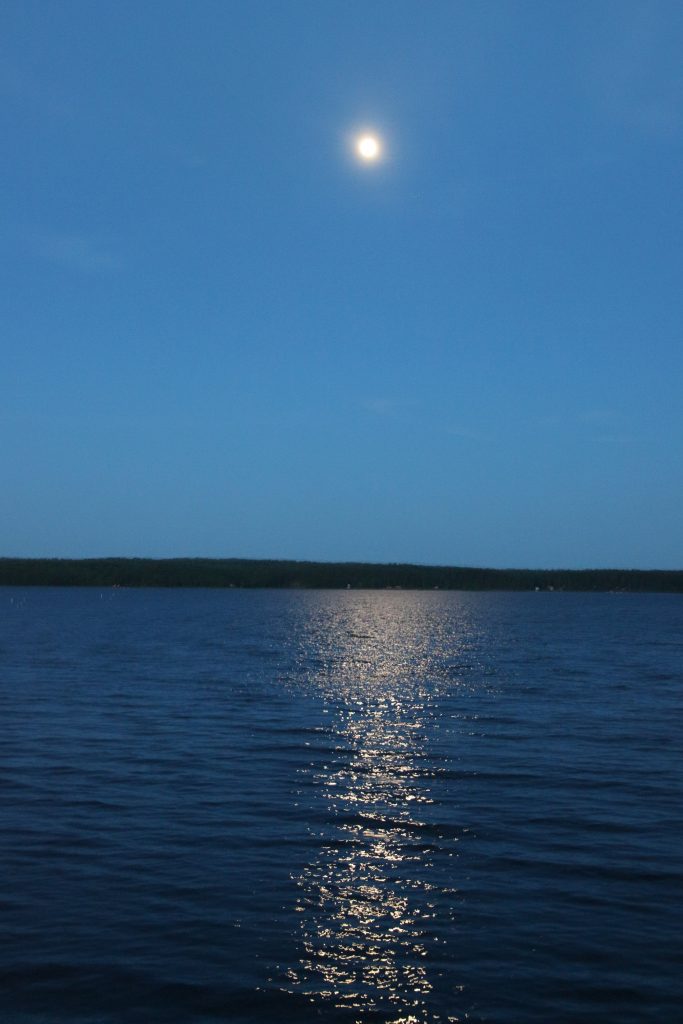