During the afternoon of my second day, I went on a trip to the Madison River portion of the Park with a guide to look for wildlife. We rode in one of the historic, yellow Bombardier Snow Coaches. They were first used in the Park in the 1950s and our driver thought the one we were riding in was likely built in the 1960s. These vehicles are cramped, uncomfortable, smelly and loud, but they are nice because they have hatches on the top so you can take pictures of bison without risking getting out. At times there were bison along the road and sometimes blocking the road. We saw trumpeter swans paddling on the river. The trumpeter swan is the heaviest living bird native to North America and is the largest waterfowl with a wingspan that may exceed ten feet. The highlight of the afternoon was when we stopped to see three coyotes running on the opposite riverbank. The driver told us to get back in the vehicle because he thought he knew where they were going. He drove a bit up river and we found the coyotes have dinner on a bison carcass. 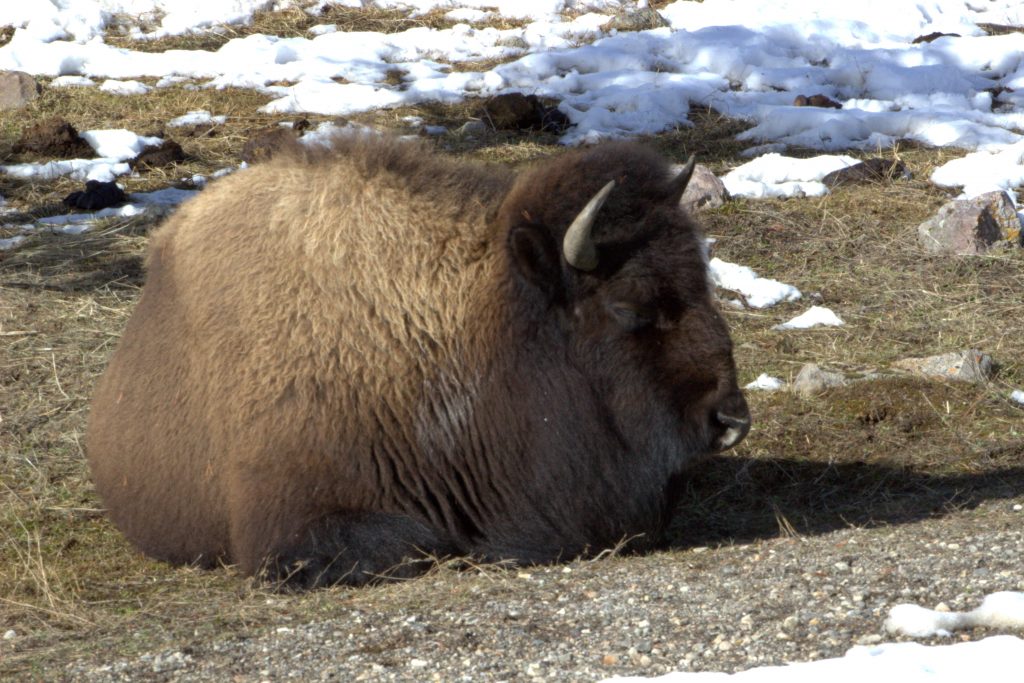 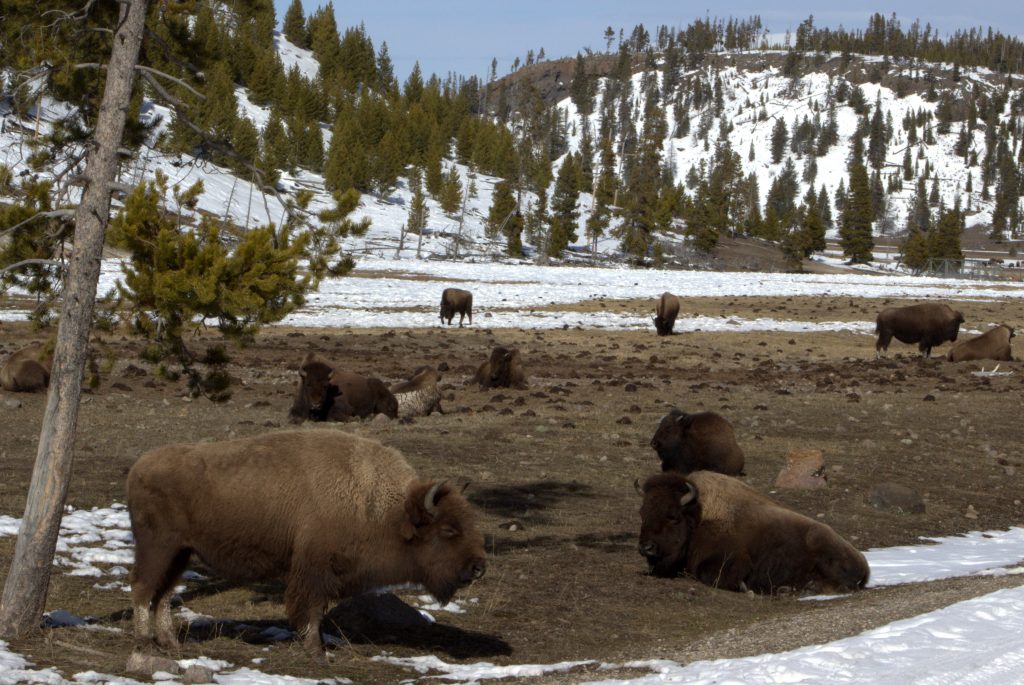 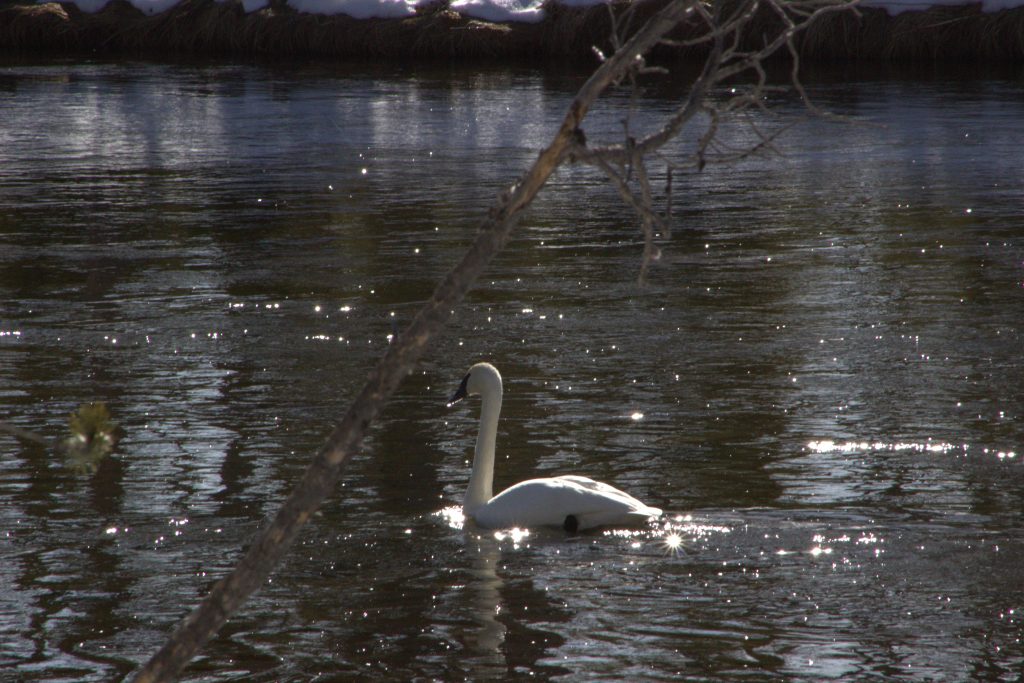 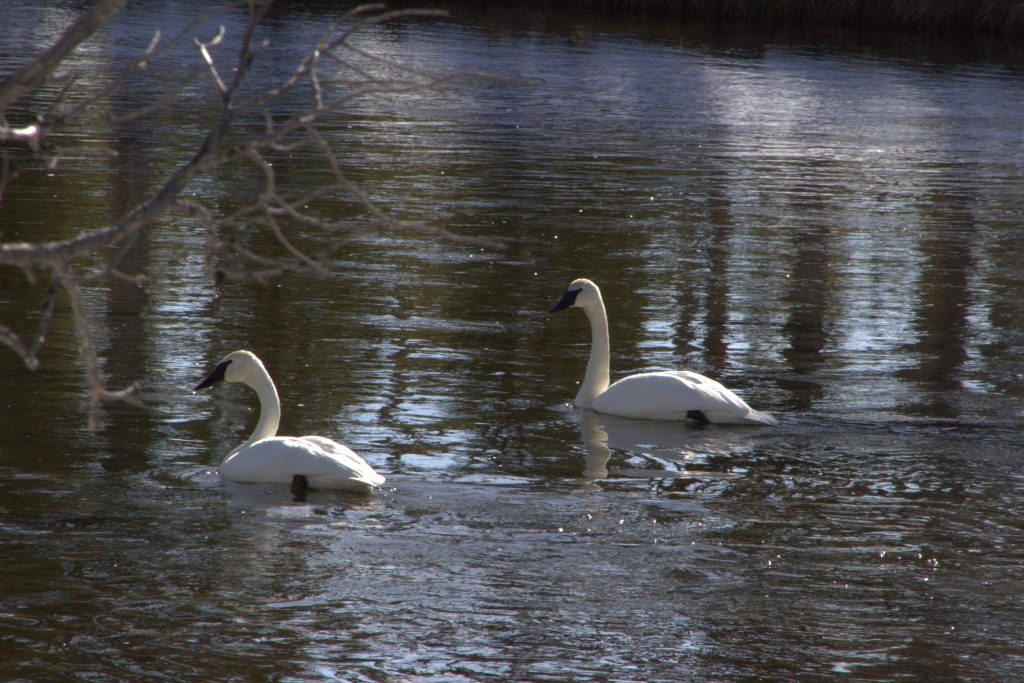 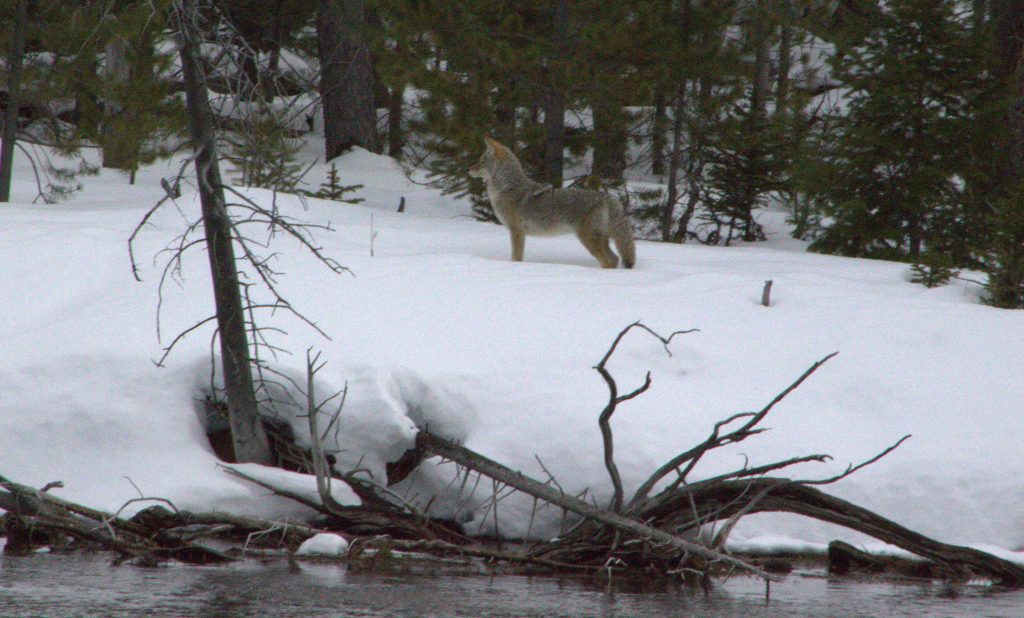 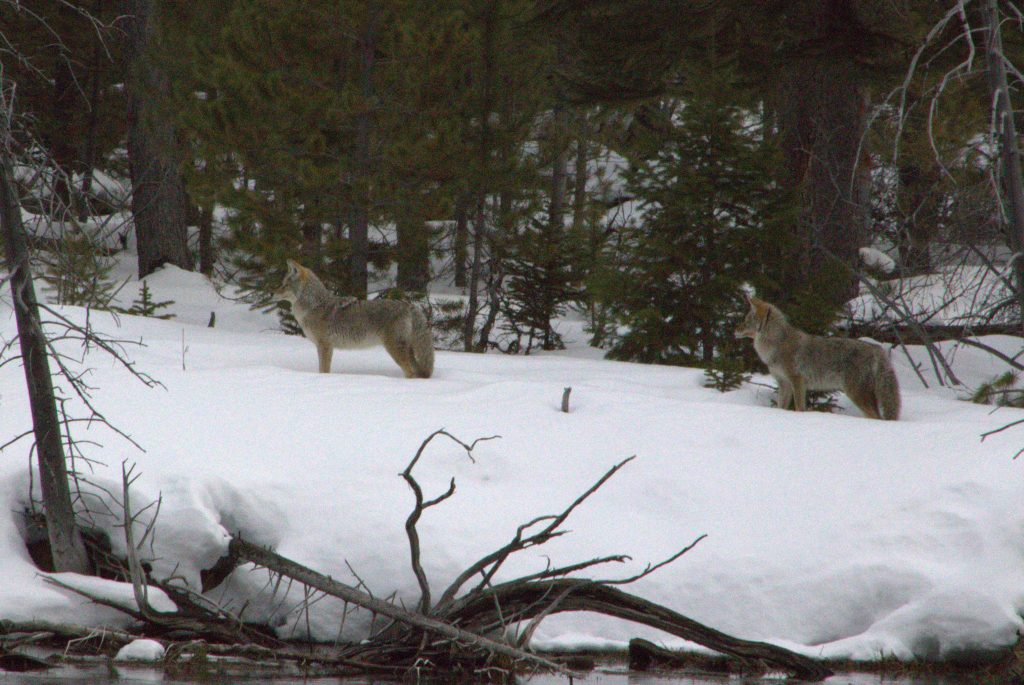 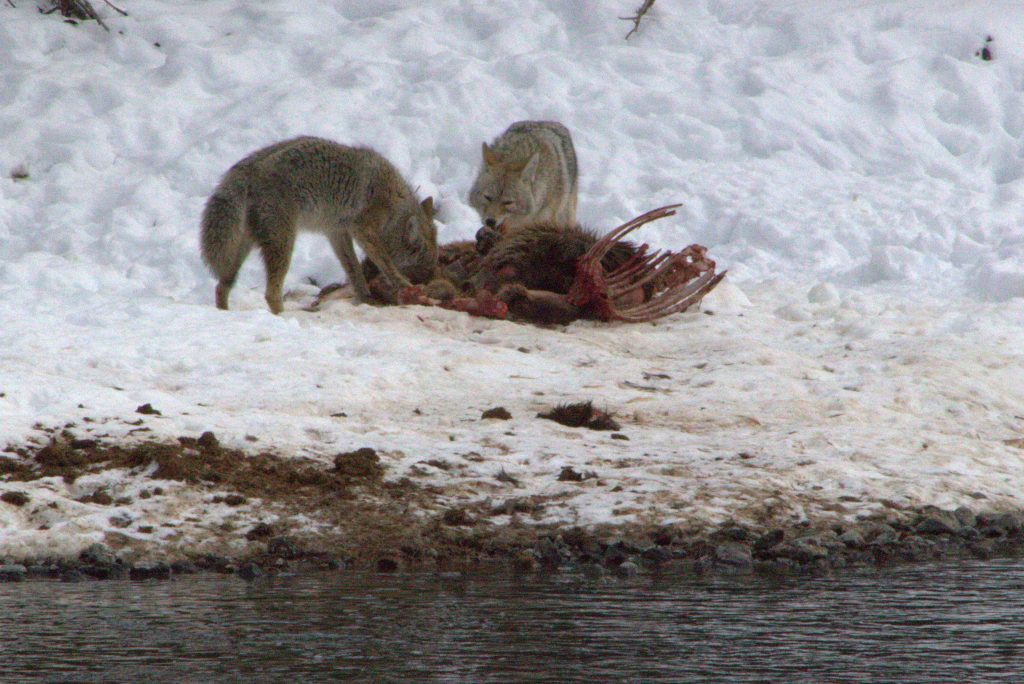 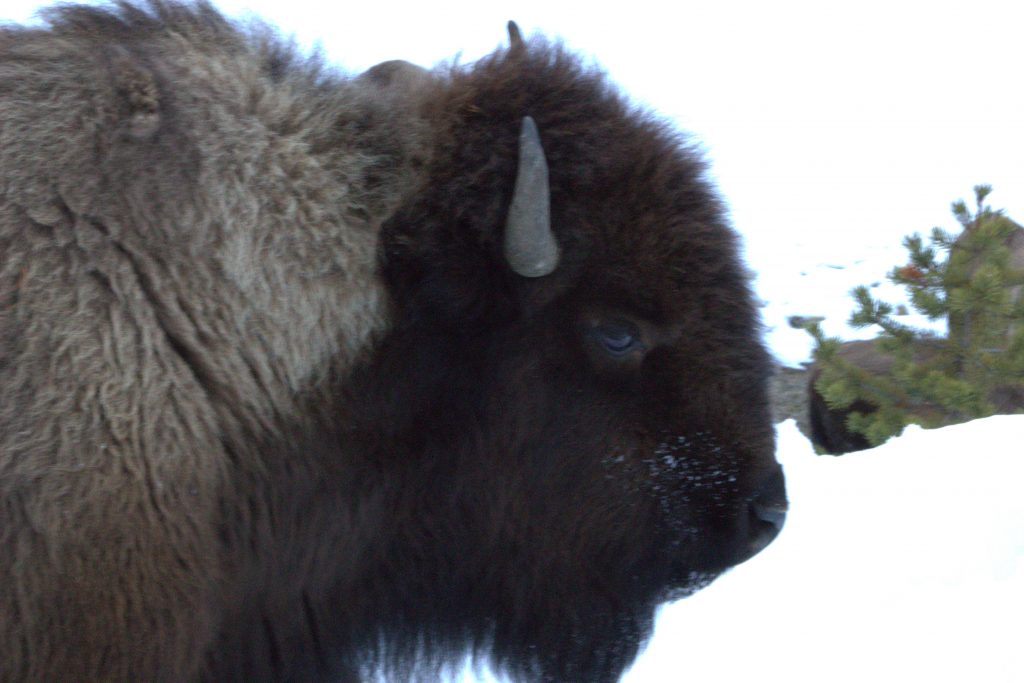