On the third day in Yellowstone, I went with a group that rode a Bombardier to the Fairy Falls trail head. We skied from there to the falls. While we were in the park, the high temperatures were in the high 30s and low 40s, so the snow was melting and sporadic. We began by skiing next to the Midway Geyser Basin, an expansive, open area scattered with steaming geysers and grazing bison. We passed bison in the distance and at one point had to ski around a bison who was on the trail. The snow was spotty and crusty, but in the forest, it began to snow, heavily at one point, and another inch of snow was added to the trail. This improved conditions, but since it was warm, the snow was sticky in places. We arrived at 197 foot tall Fairy Falls with its lovely ice formations forming curtains of icicles around the falling water. When we got back to the trail head, it was no longer snowing. At the trail head, we watched nearby bison. We met someone who had just skied our next trail, the Powerline Trail, and he told us conditions were bad on that trail. Several of the group decided because of various issues to call for a Snow Coach to take them back from the trail head to the lodge. Five of us skied back on the main road to Biscuit Basin. From there, we returned past the geysers and hot springs, finishing our ten mile ski back at the Lodge. 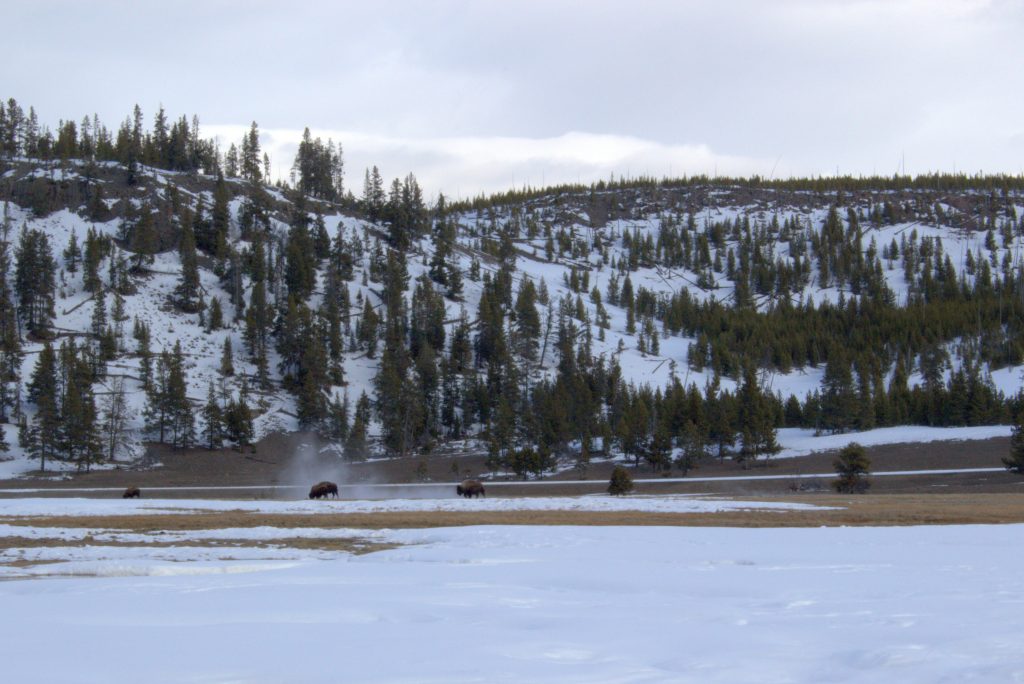 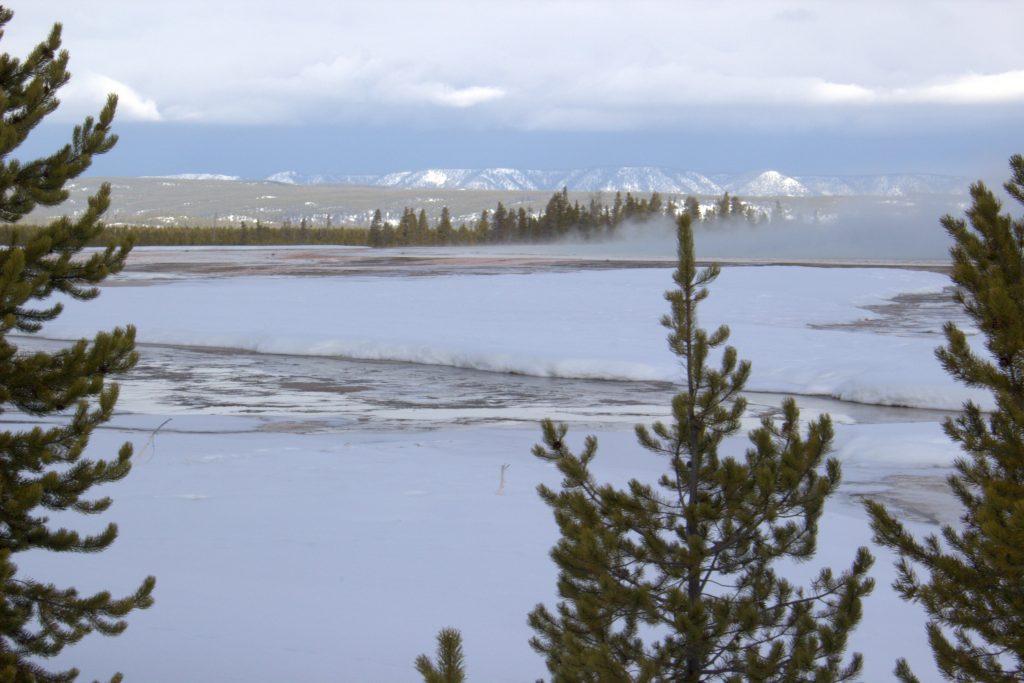 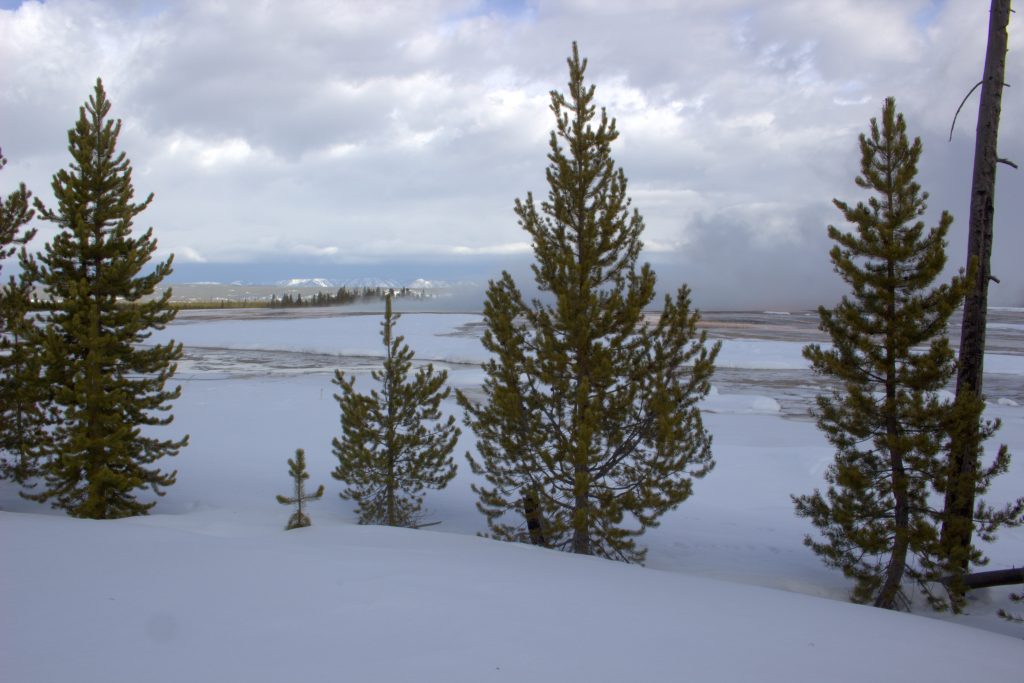 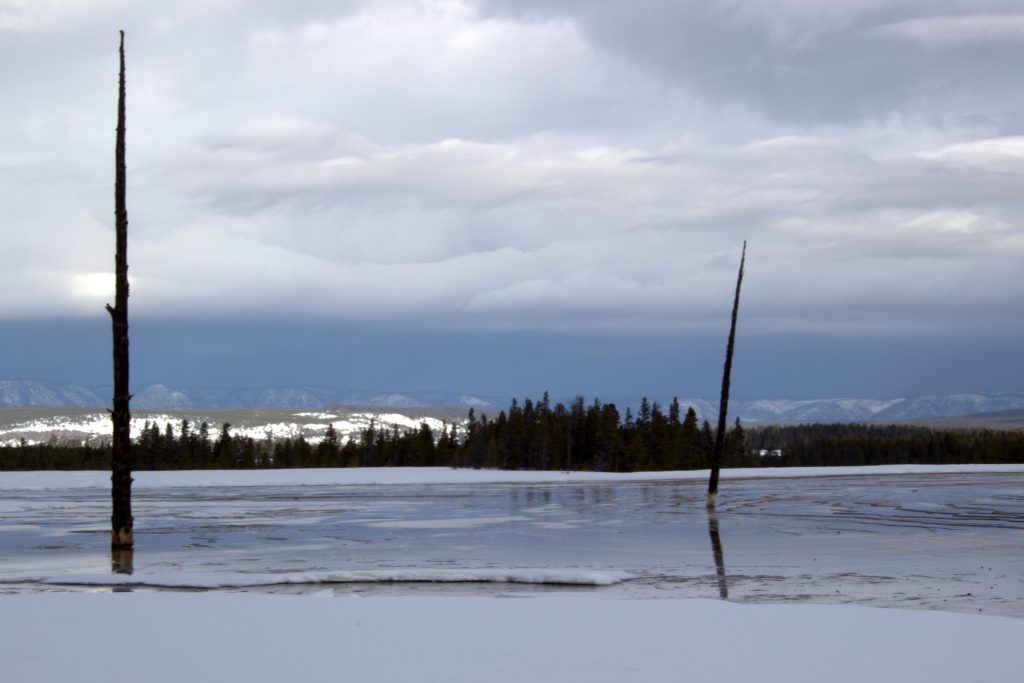 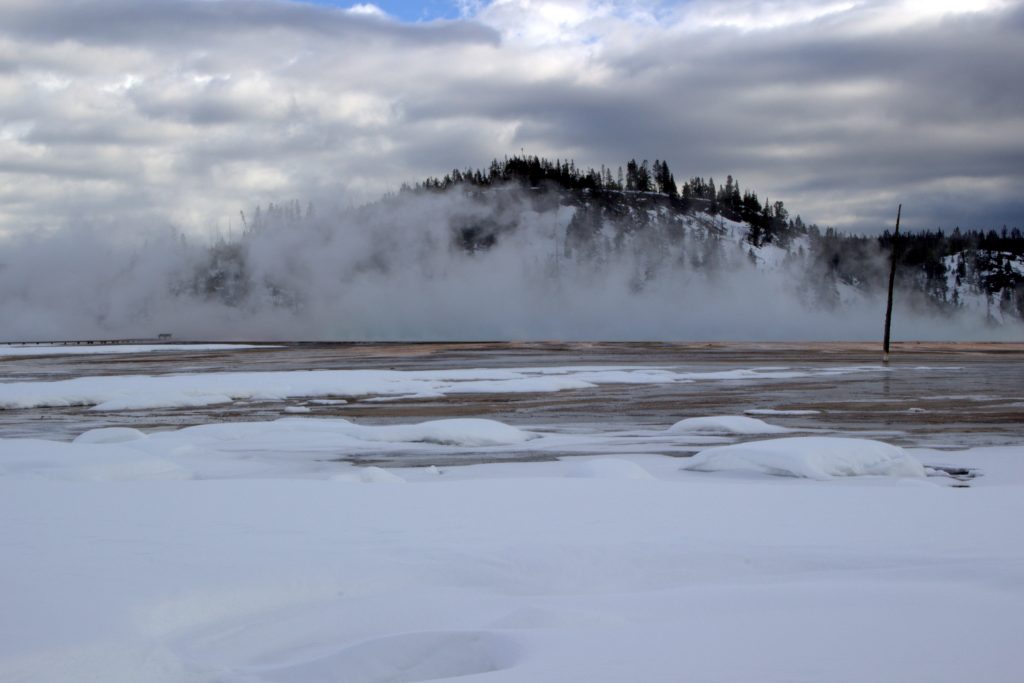 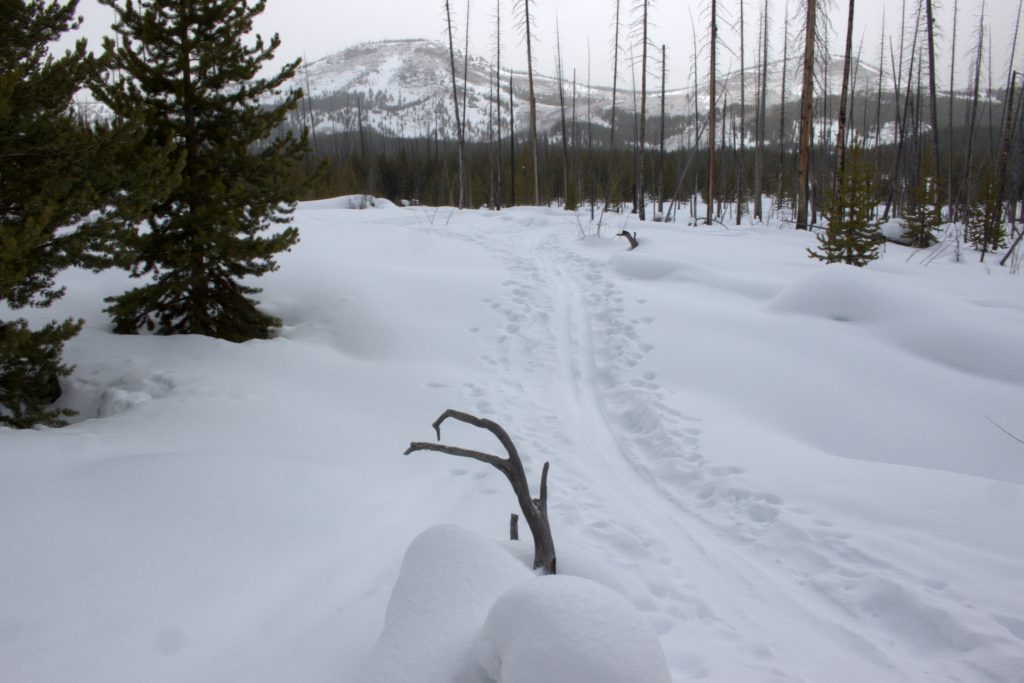 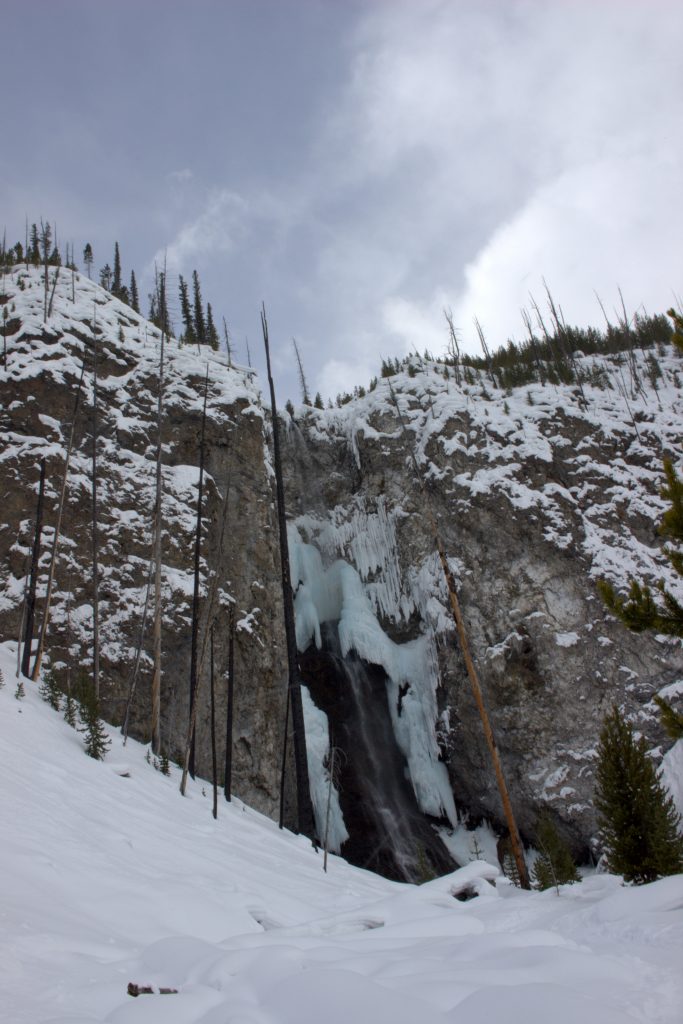 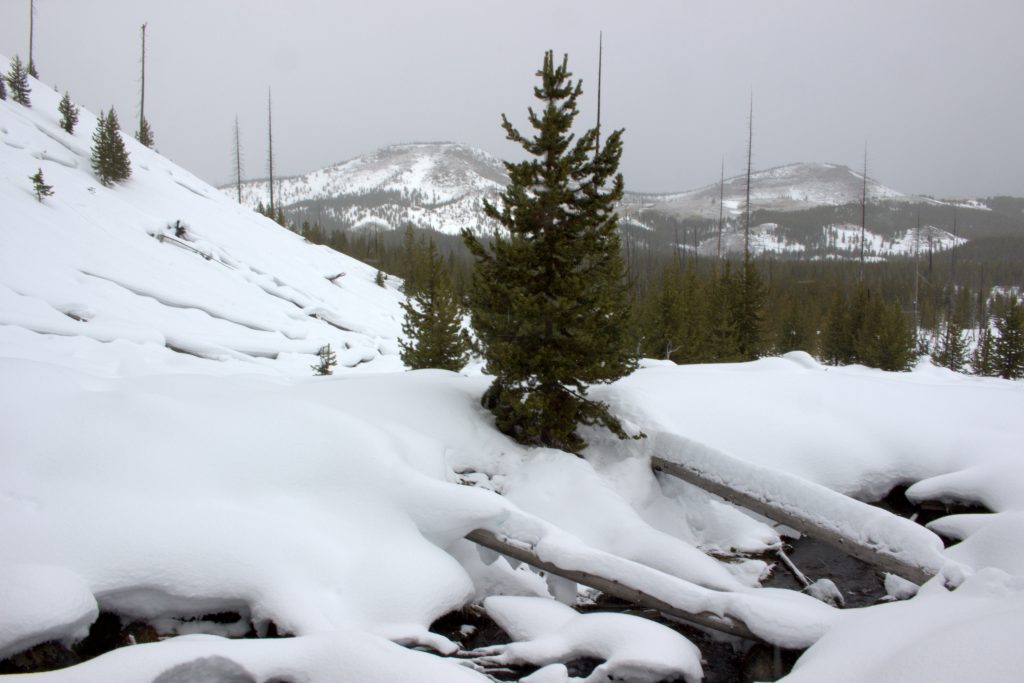 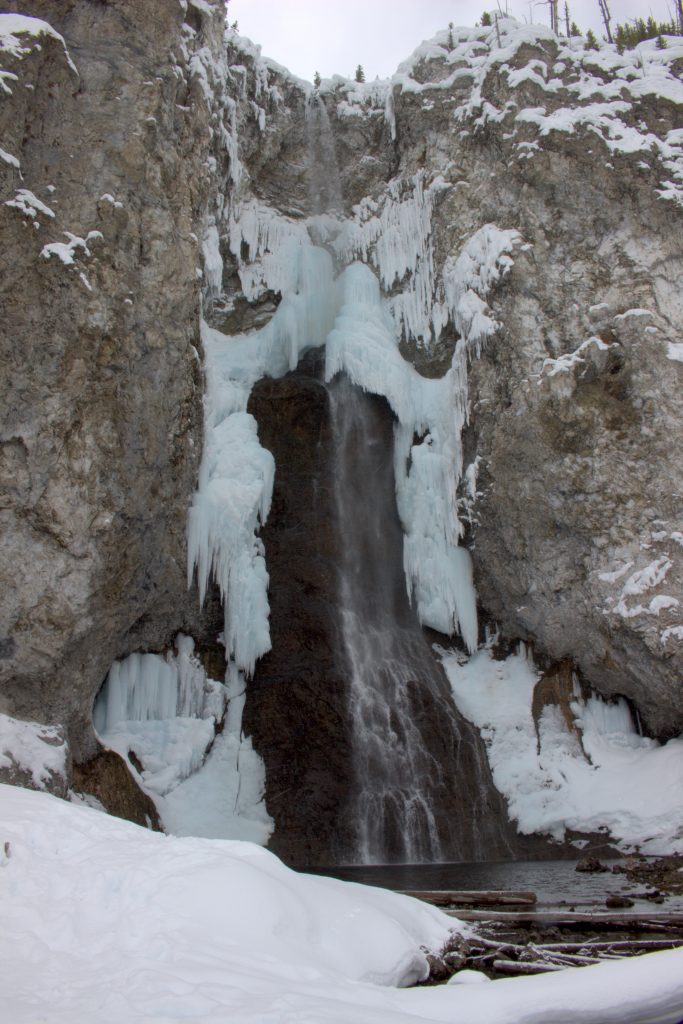 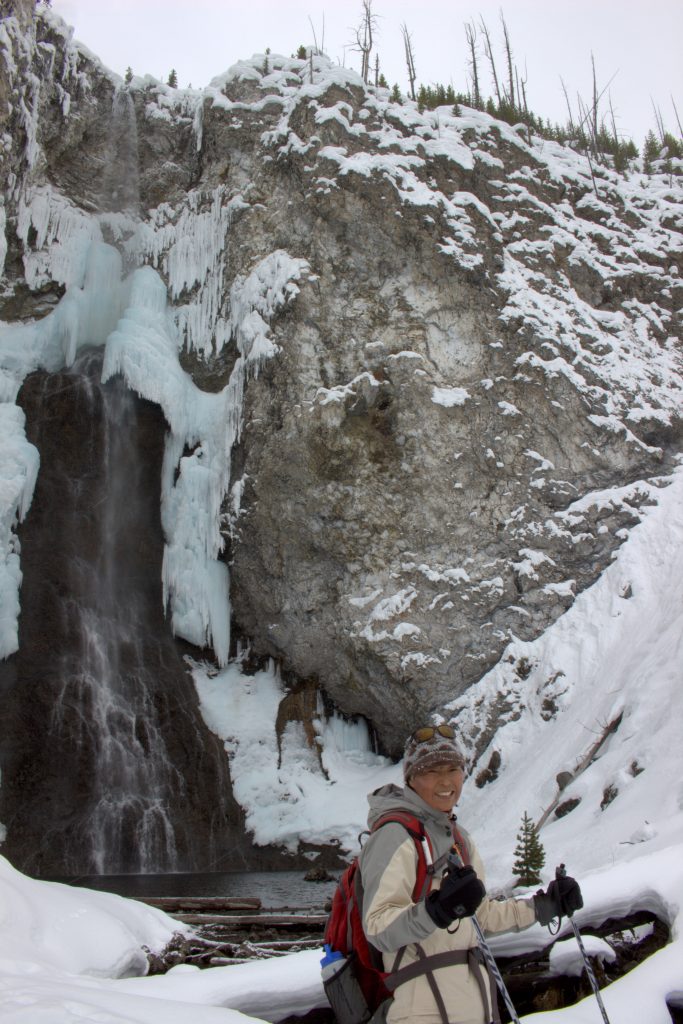 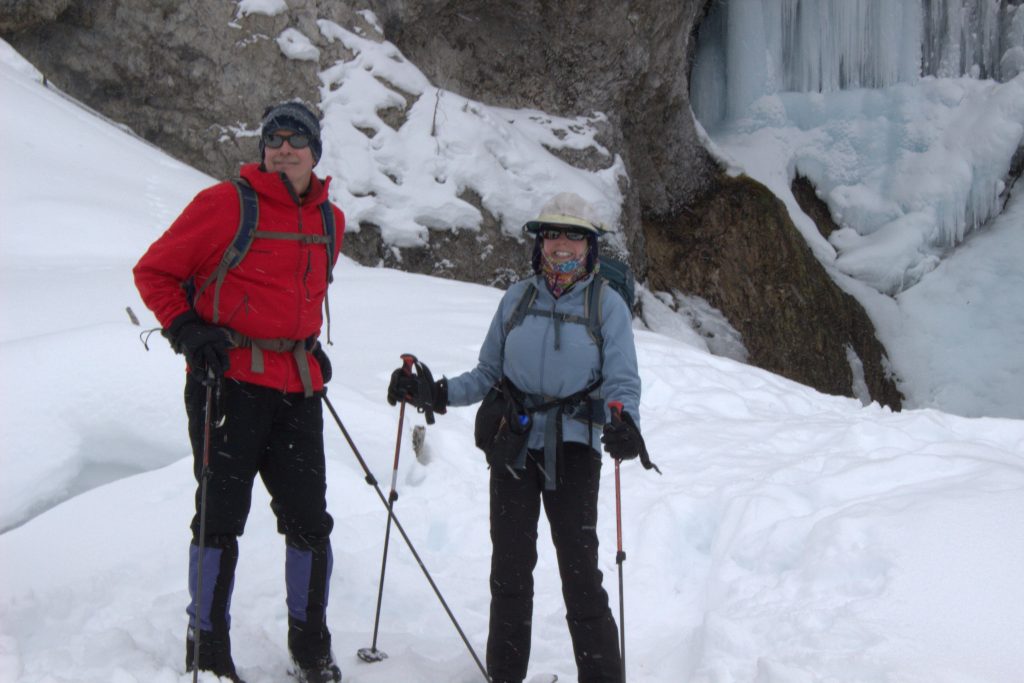 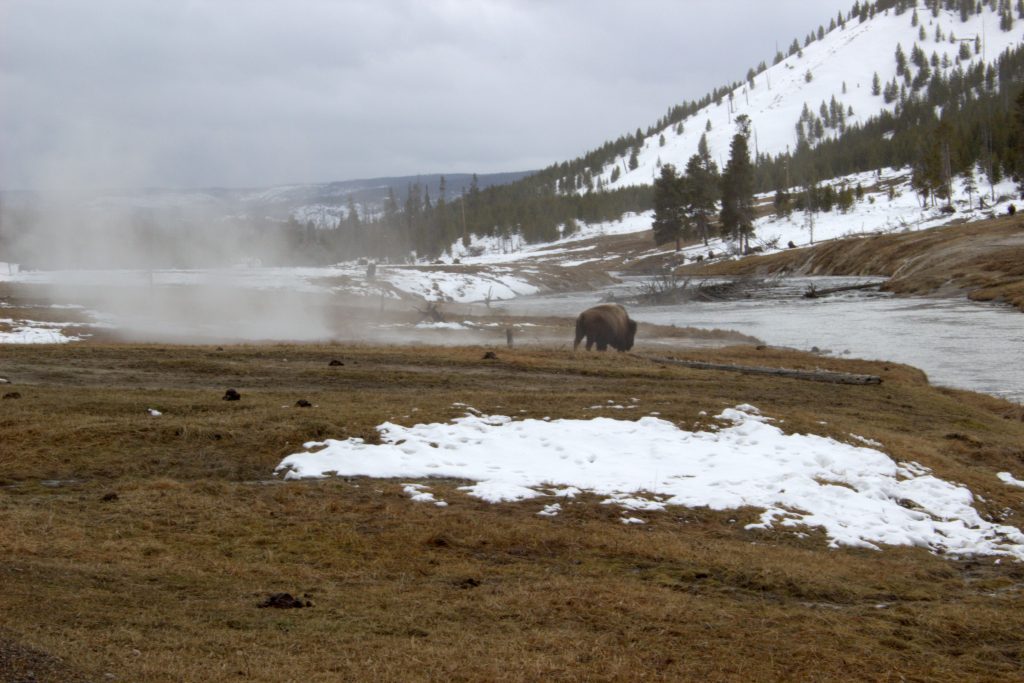 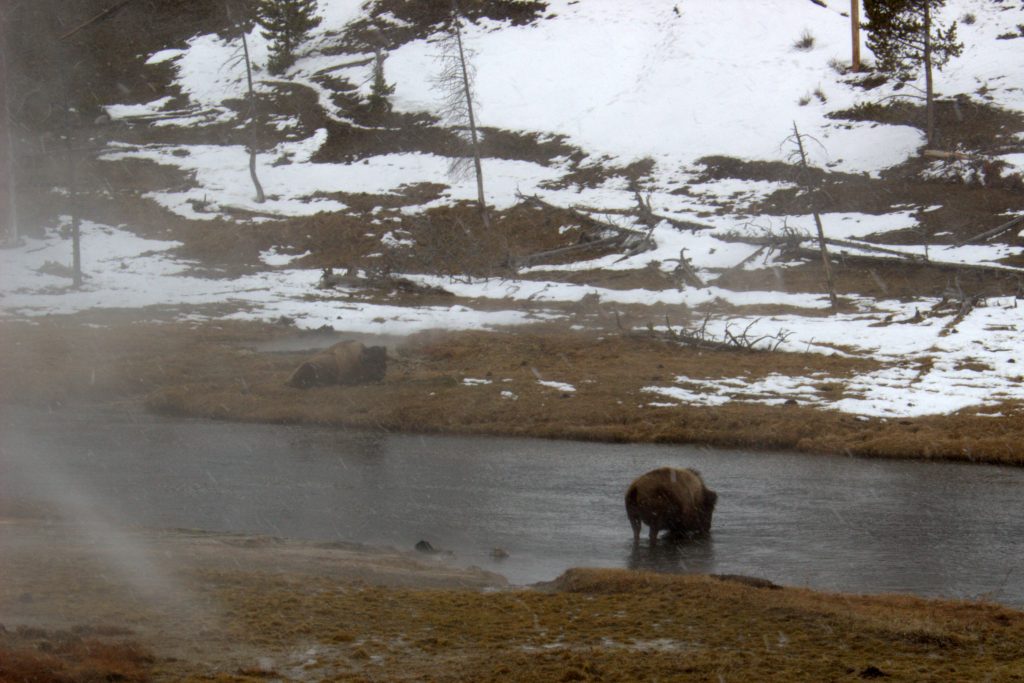 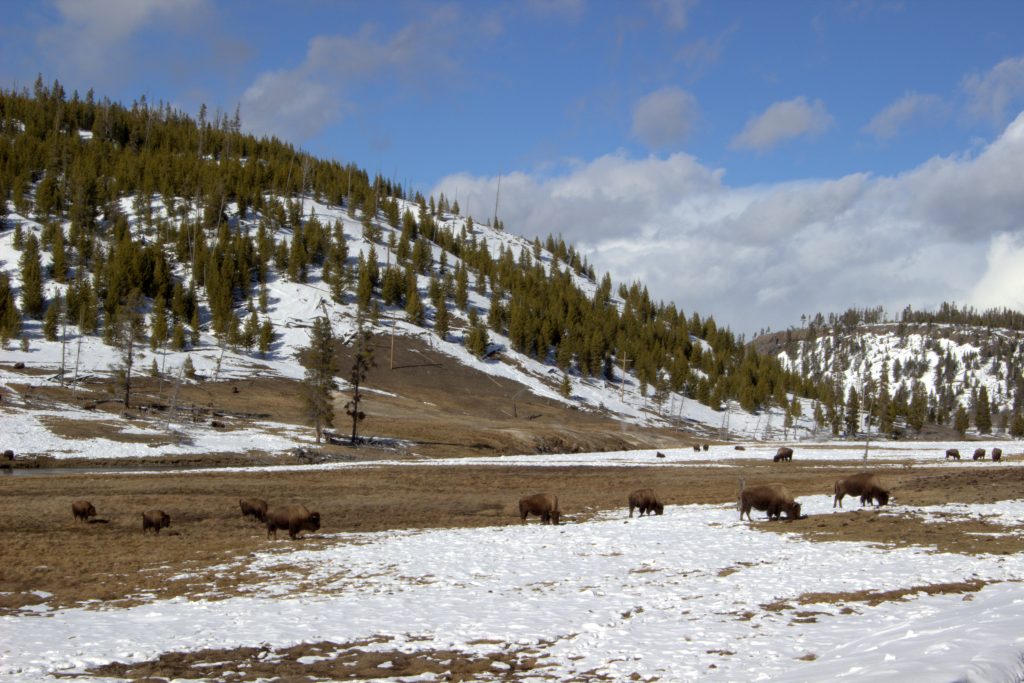 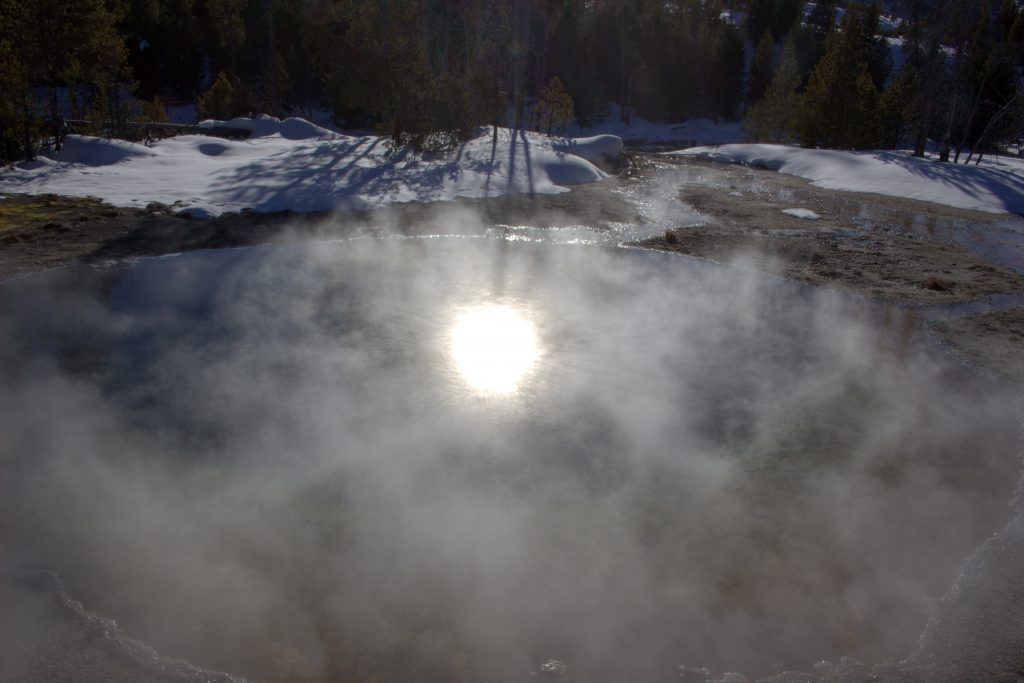 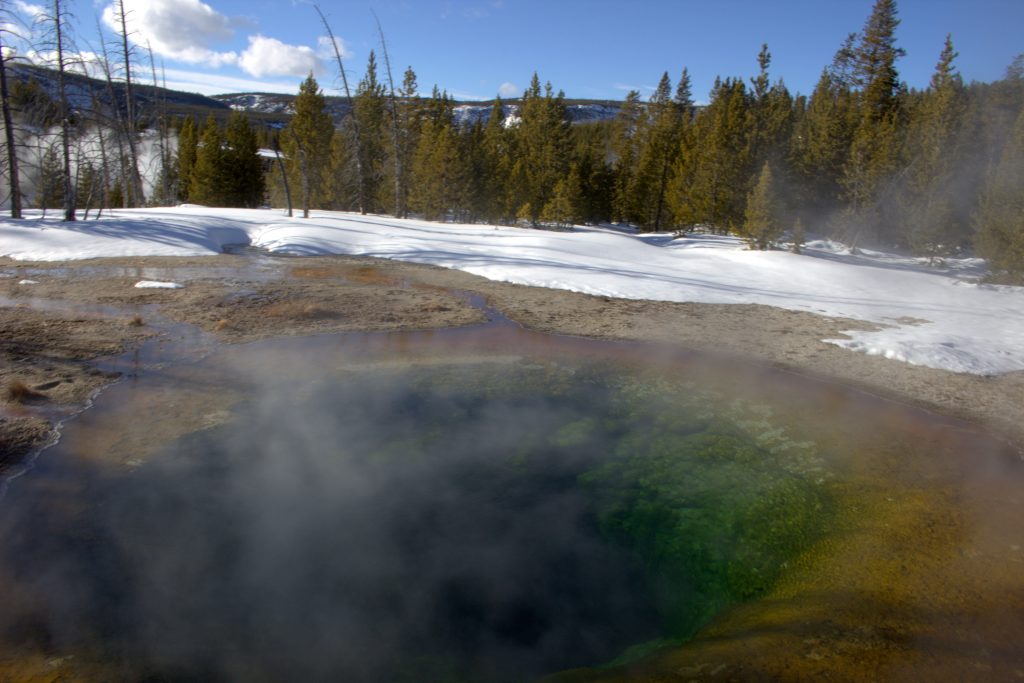 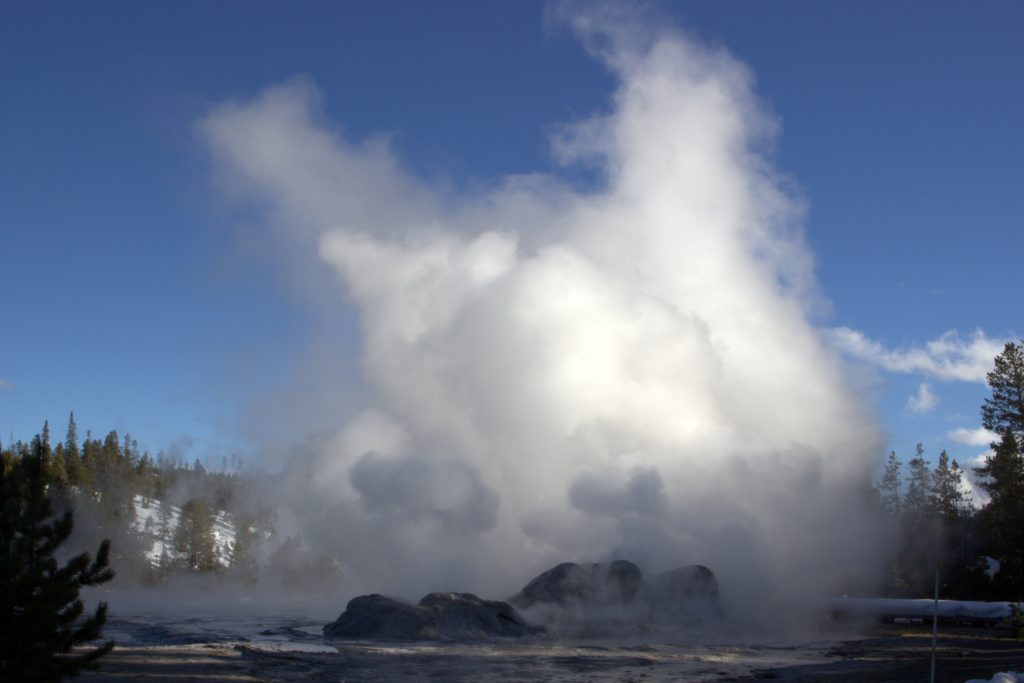