Over Labor Day weekend, I led a hike into the Flattops Wilderness Area around the Marvine Creek Loop. On Friday, seven of us hiked up to the two Marvine Lakes where we camped in a well developed campsite where someone had built a multi-level table on a fallen tree. While we were eating dinner, it rained. After the rain, there were two bright rainbows which appeared to be strong and solid, running directly into the upper lake next to us. On Saturday, we climbed approximately 1,500 feet up onto the Flattops plateau where open grasslands were broken by scattered stands of evergreens and the sky was enormous above us. We hiked to Twin Lakes, beautifully set in open country, where we eventually found a big enough campsite sheltered from the wind. On Sunday, we hiked off-trail across the open plateau to the bottom of Marvine Peak, where we left our big packs to climb the peak. From the top of the peak, we could see across all of the expansive Flattops and beyond. We descended and hiked a short distance to an area where there were a number of lakes and we camped at a nice spot between two lakes. When we awoke on Monday morning, it was foggy and raining off and on. After packing up a wet camp, we hiked the long descent back to the trailhead along the eastern side of the loop. 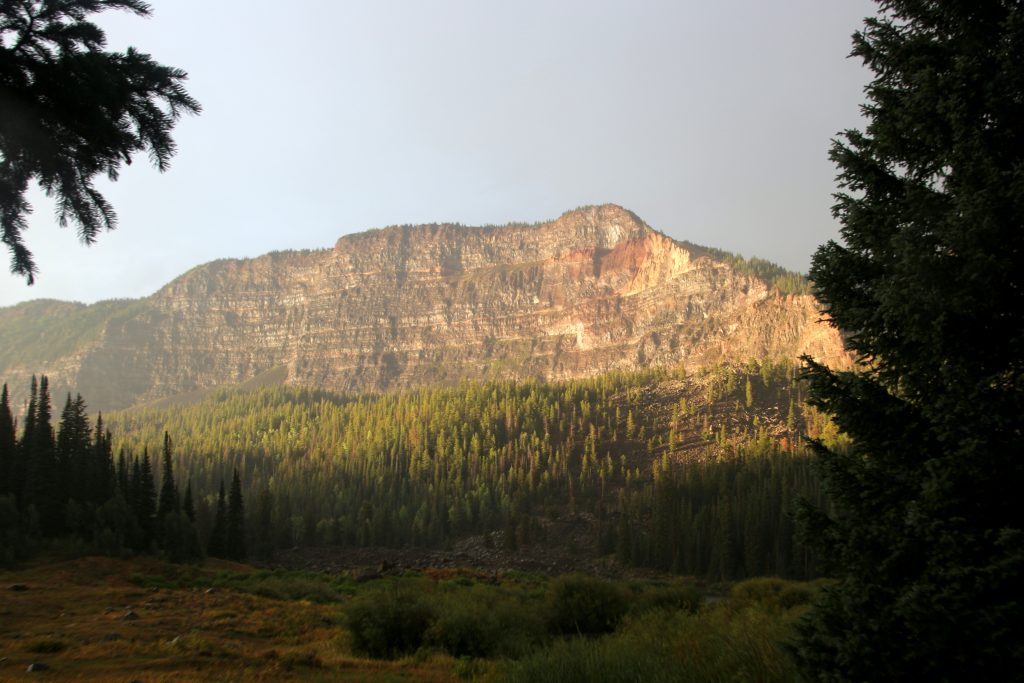 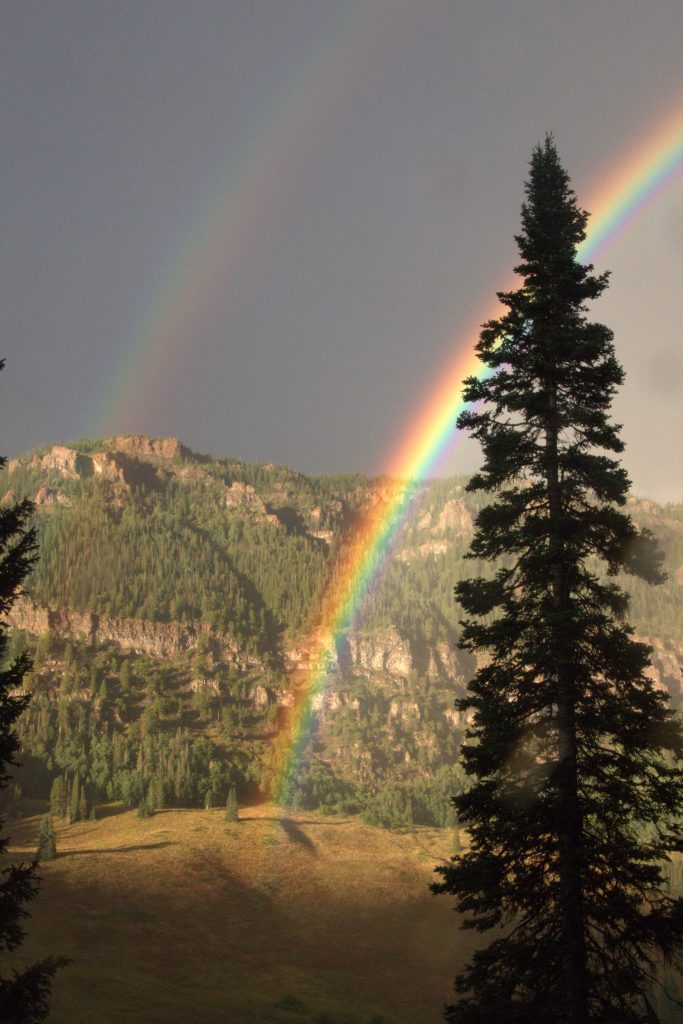 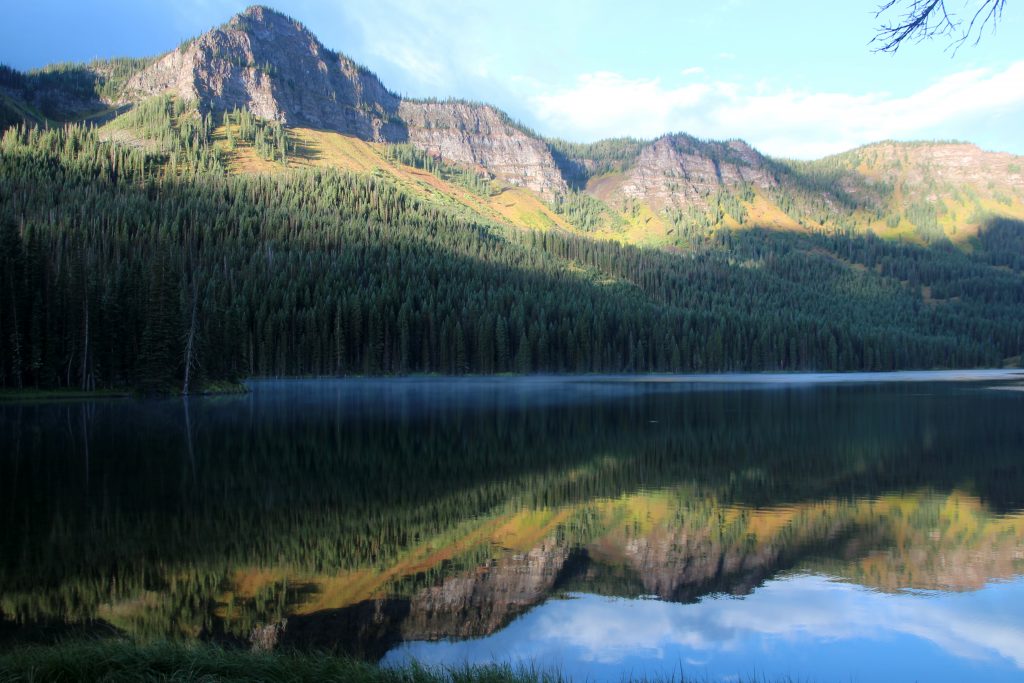 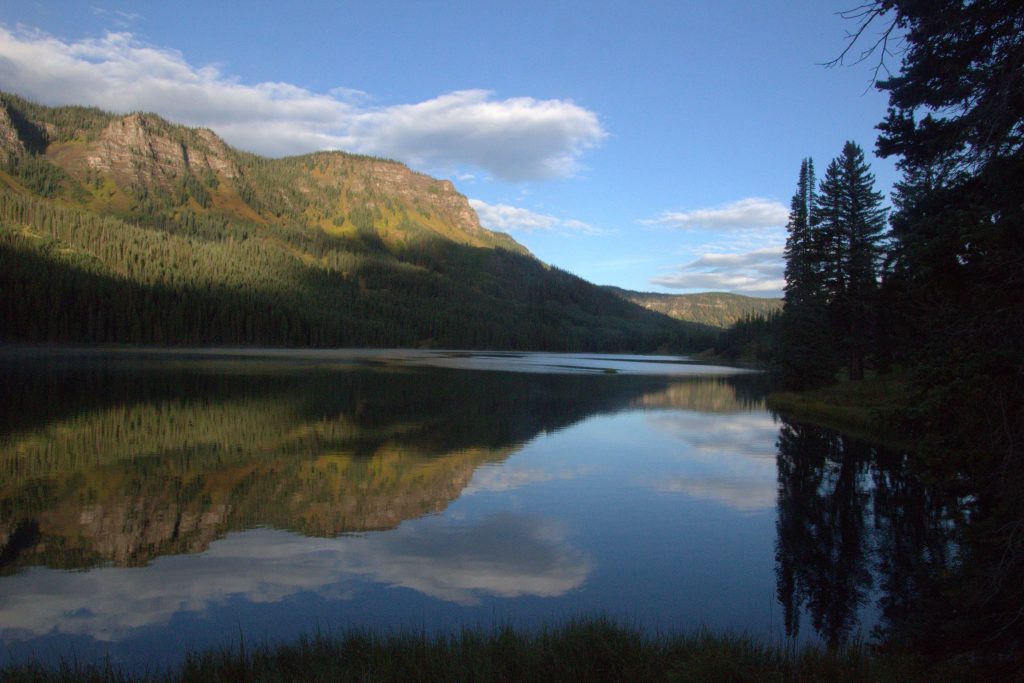 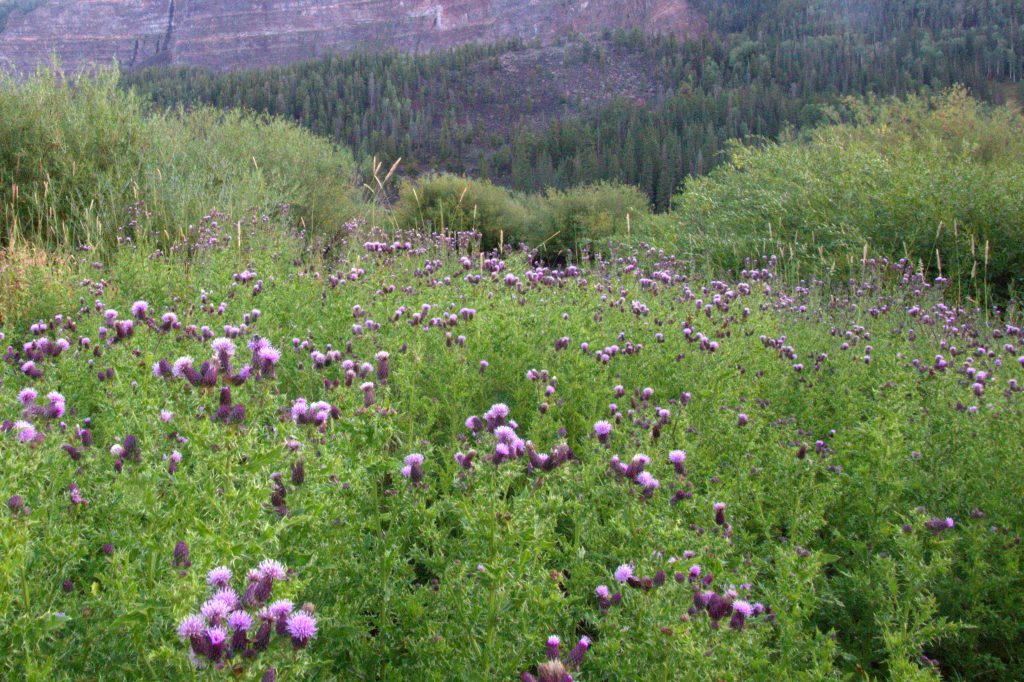 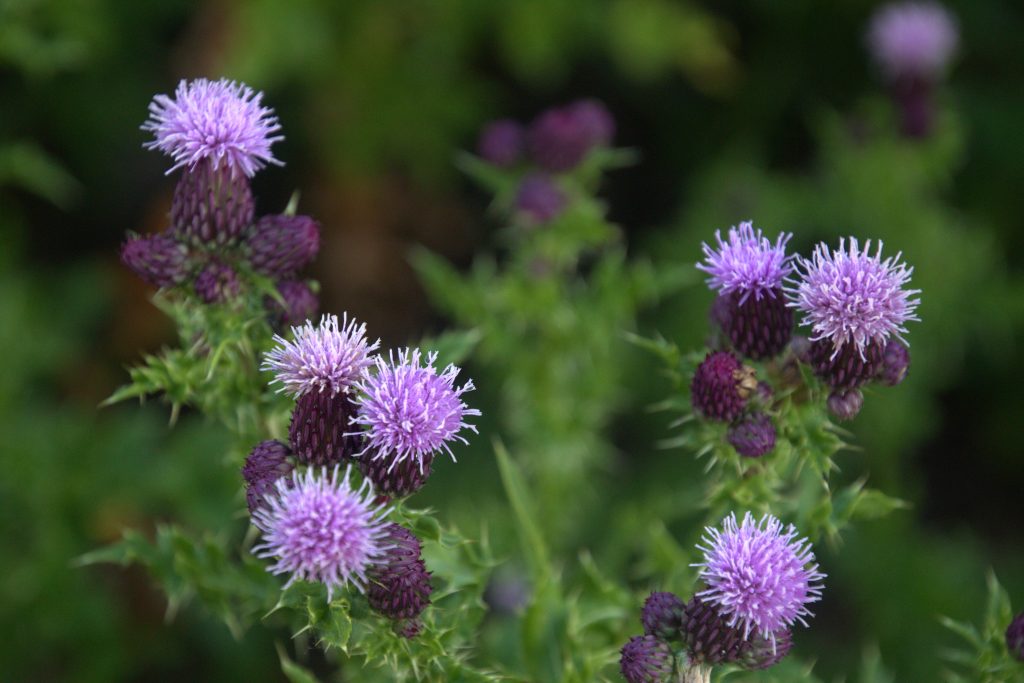 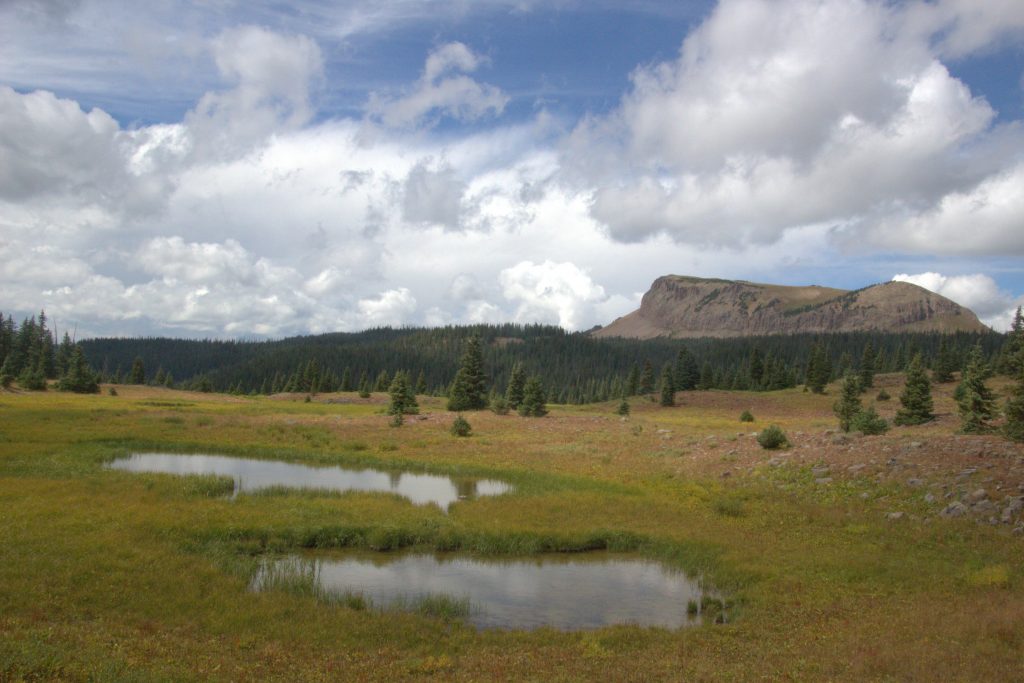 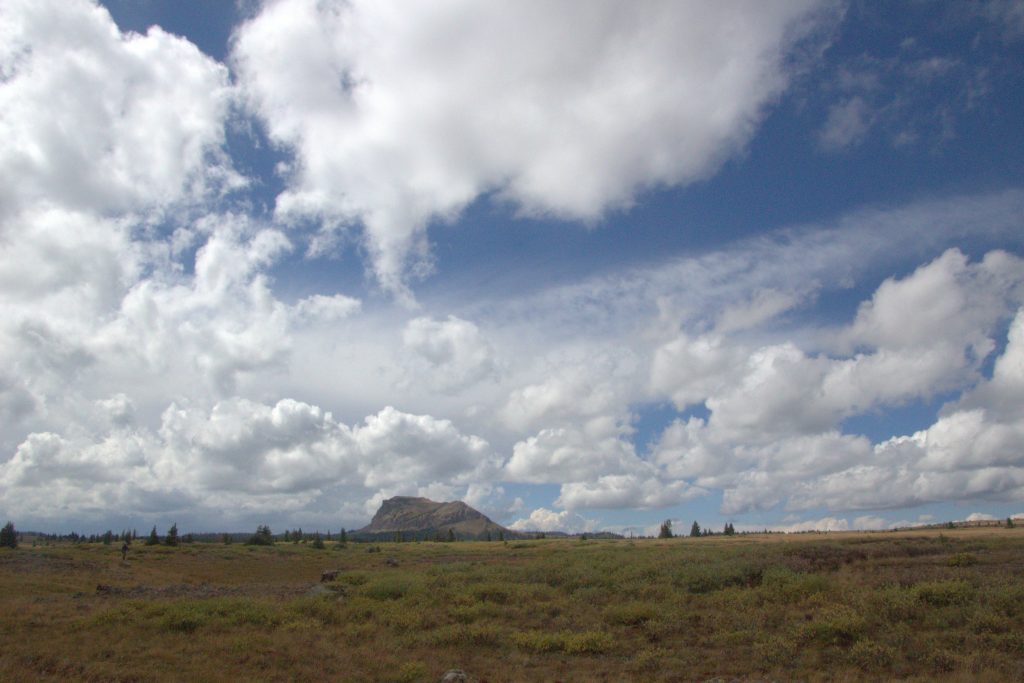 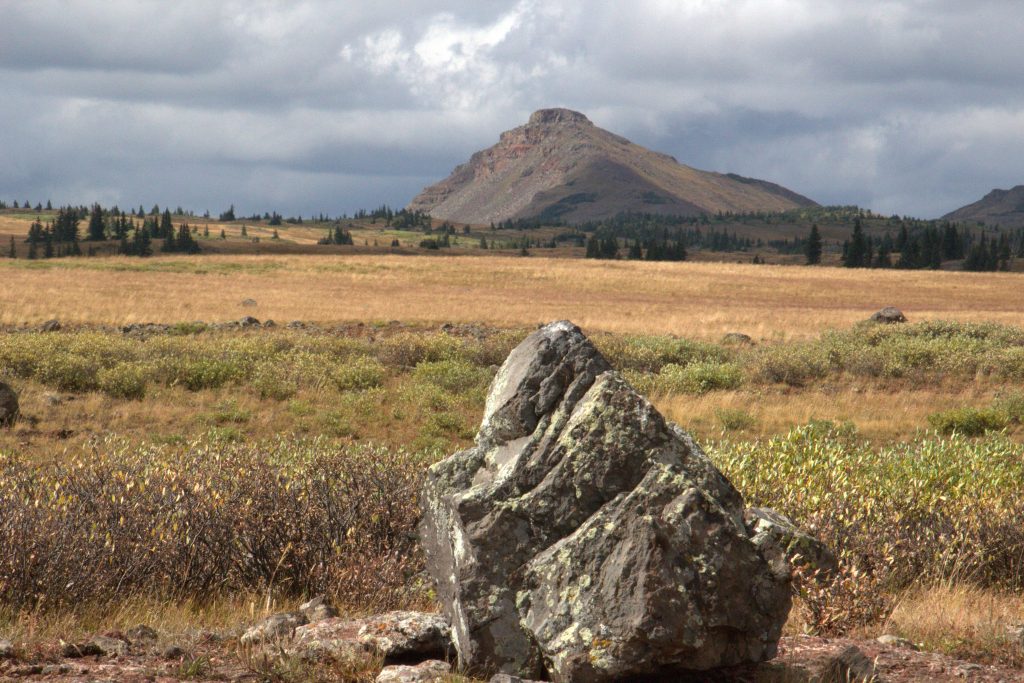 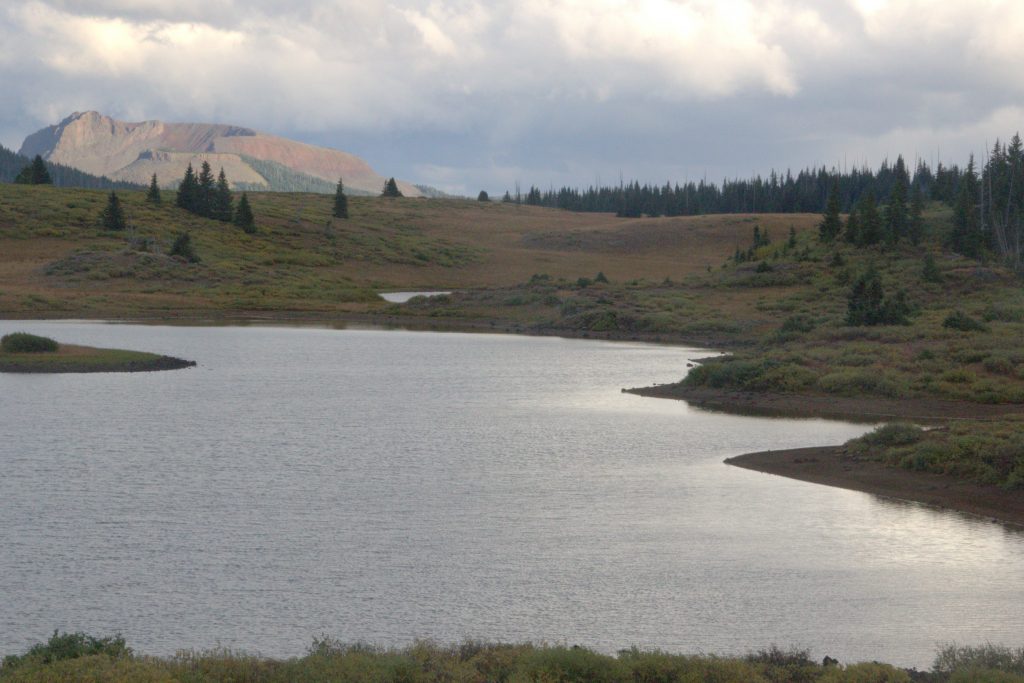 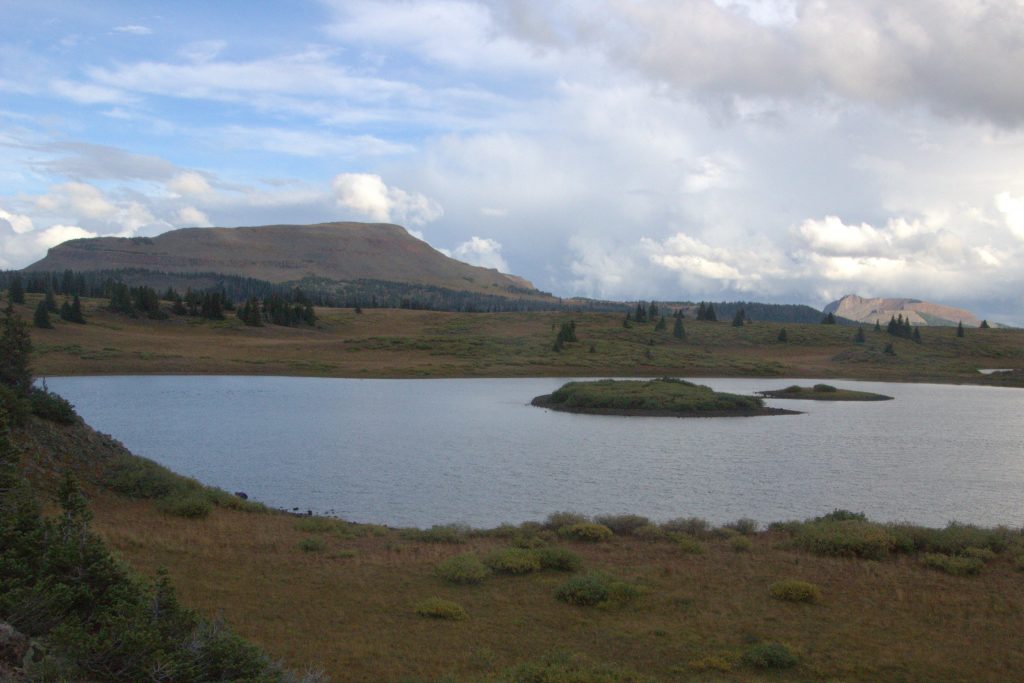 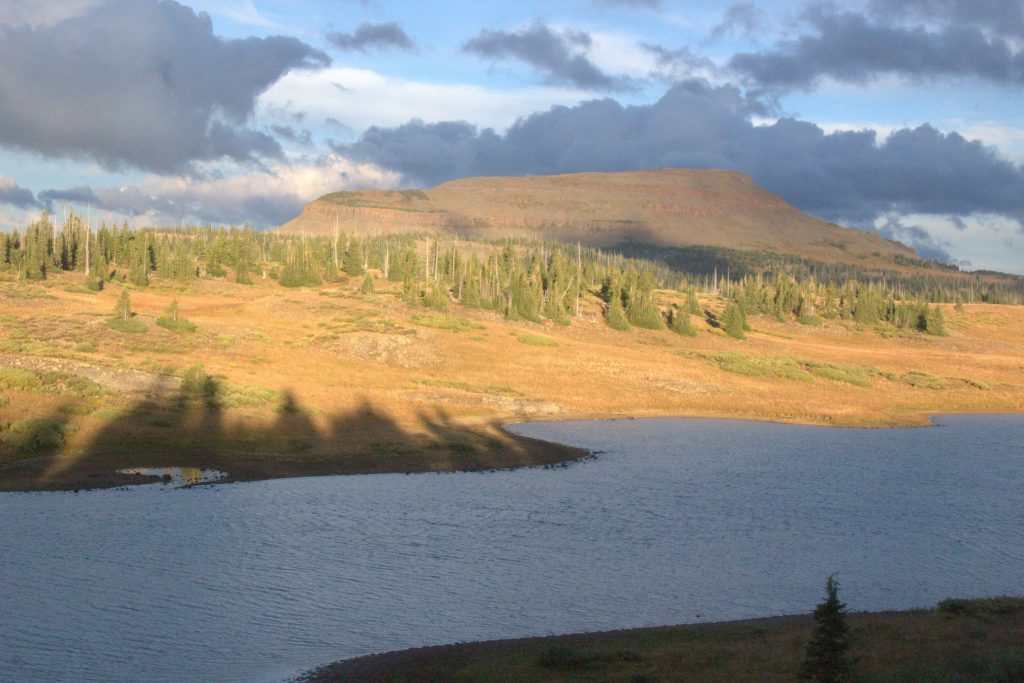 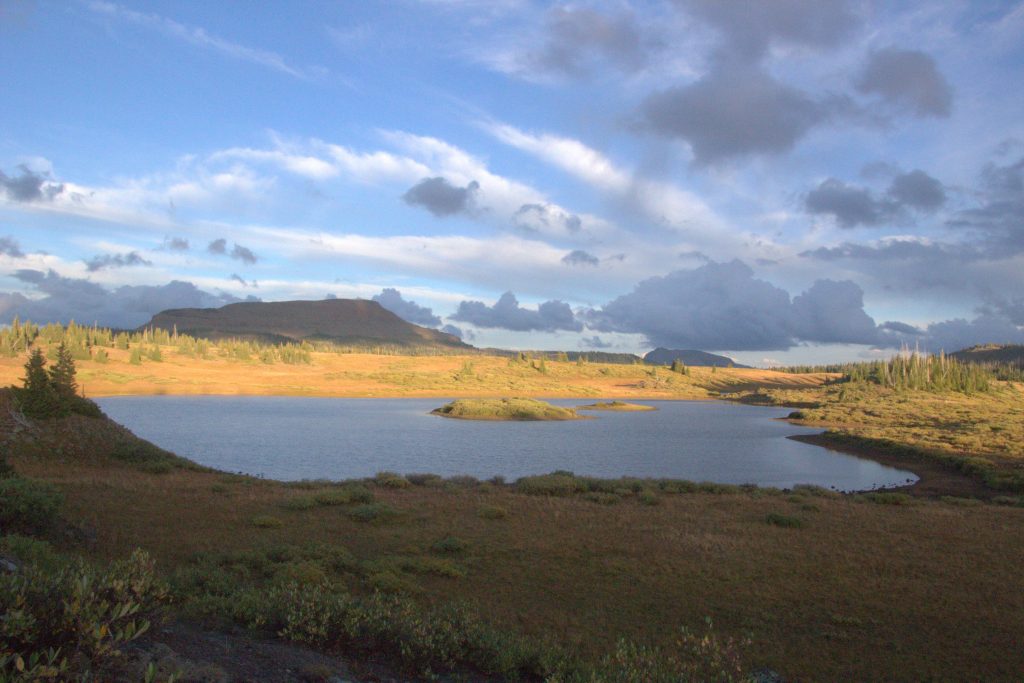 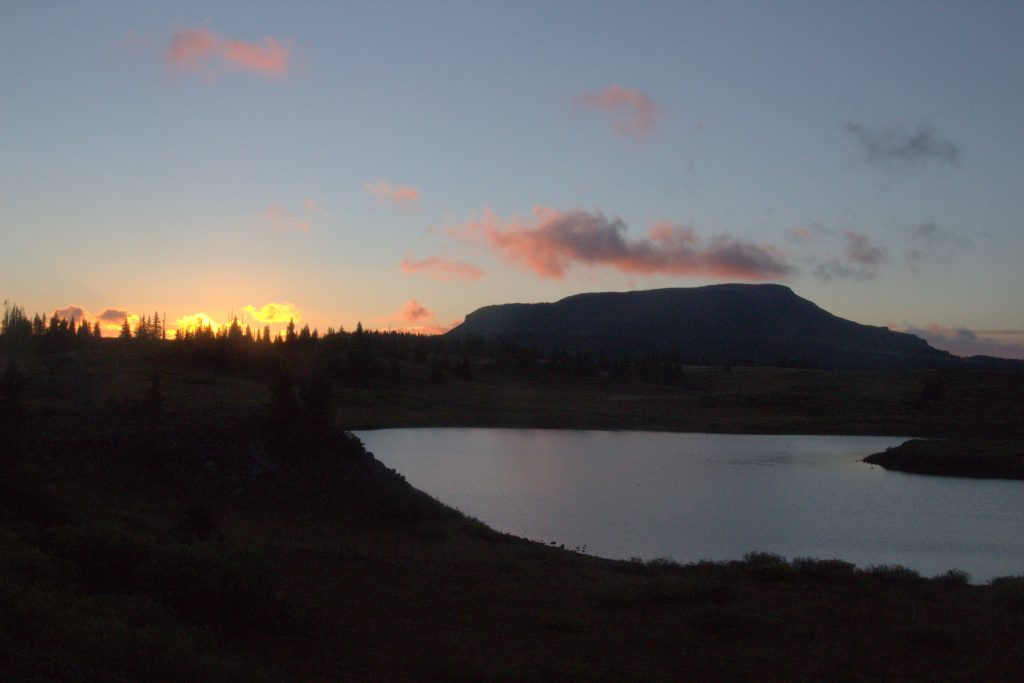 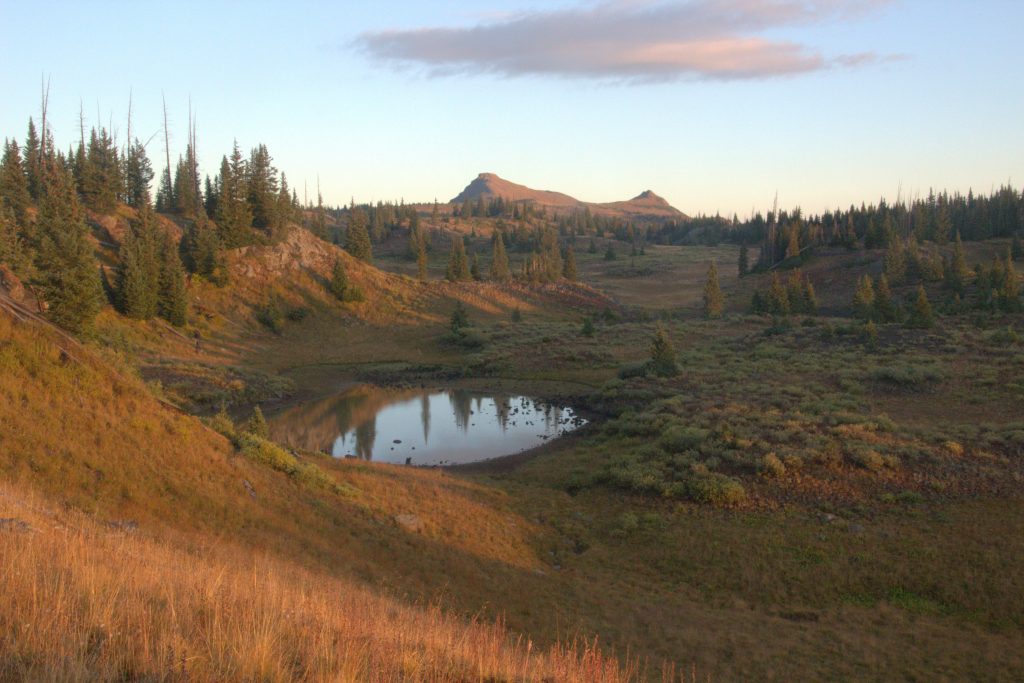 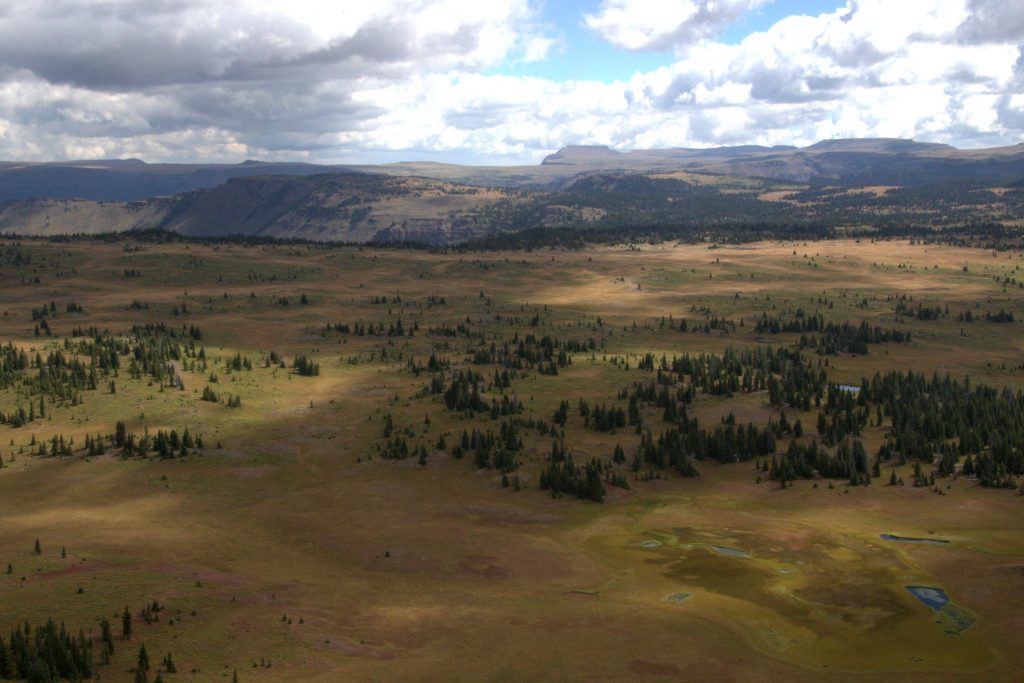 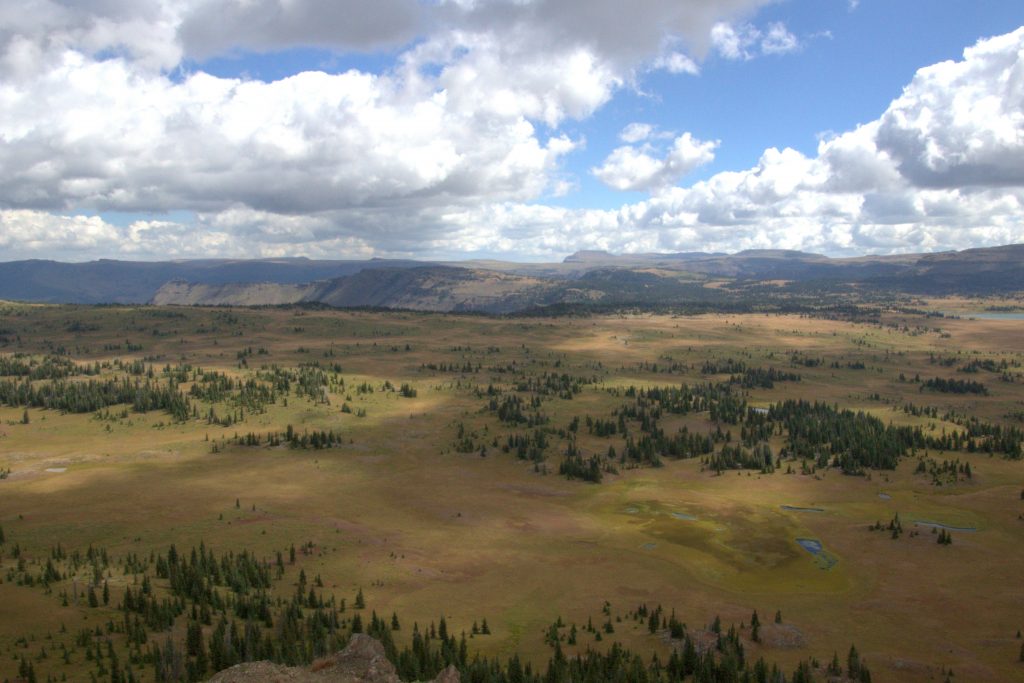 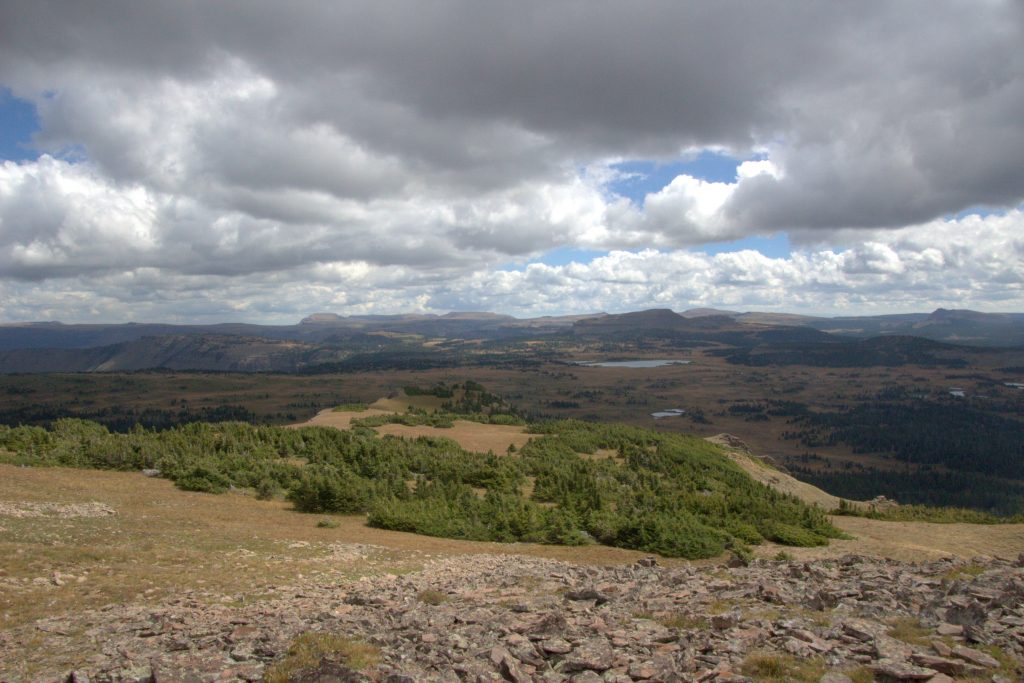 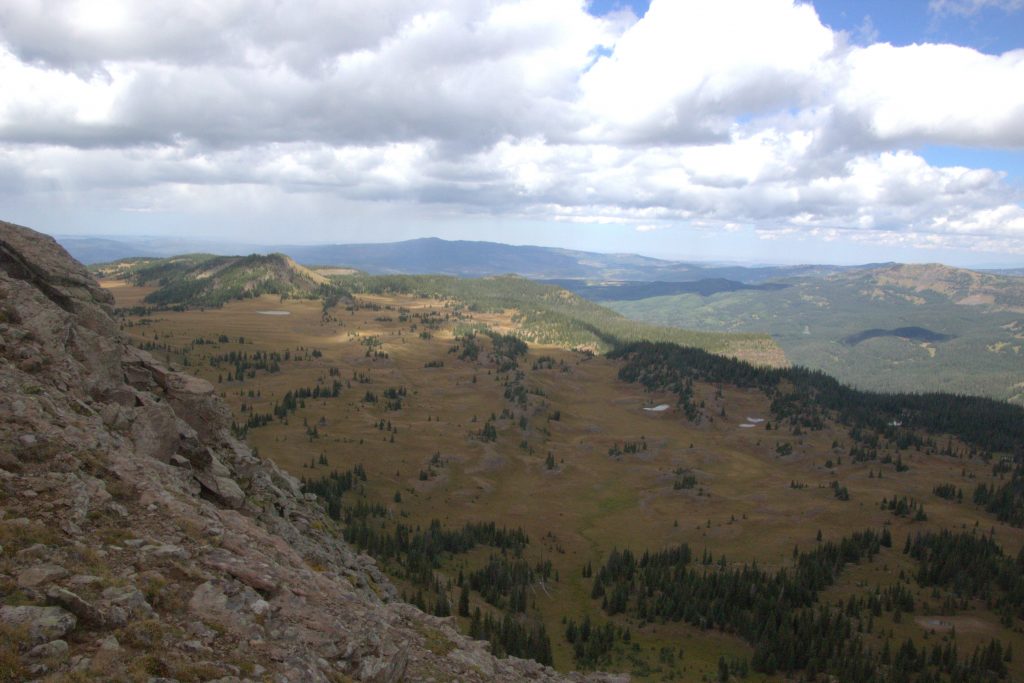 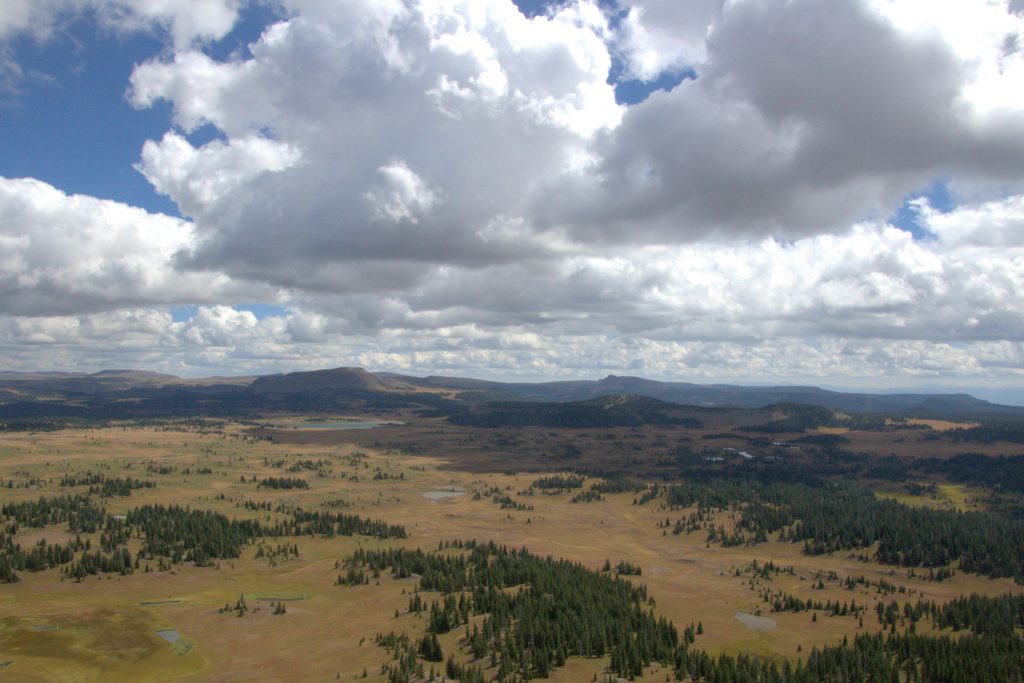 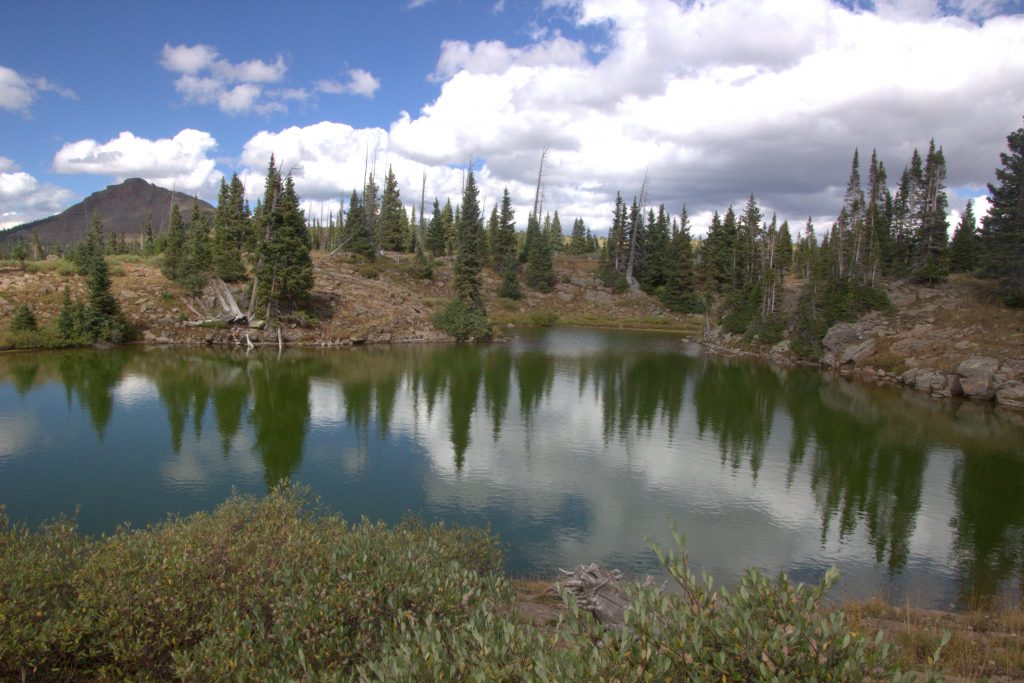 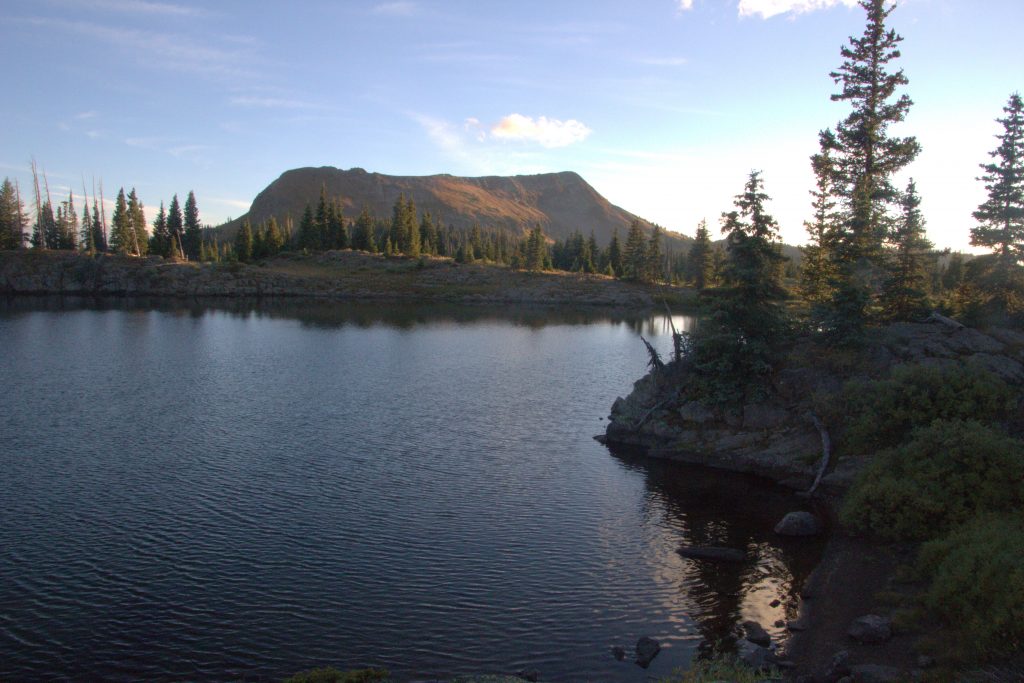 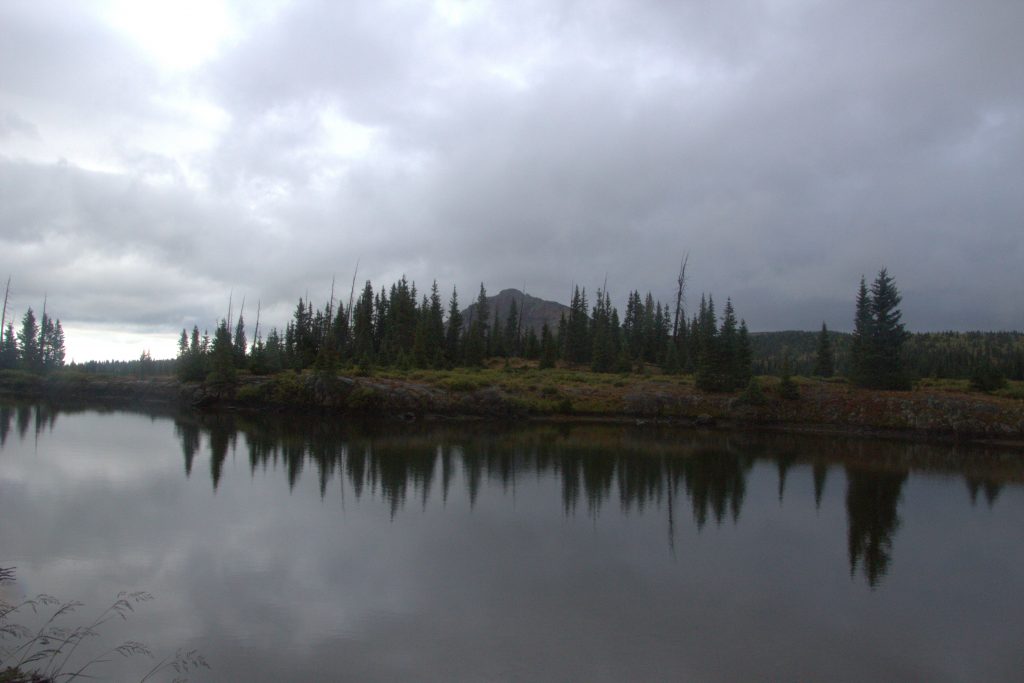