Our hike started with a climb over a small peak to an area on top of the Divide where there were more views of high peaks. On the way down from the peak, I spotted a ptarmigan on the trail with six tiny chicks. We worked to go around them to disturb them as little as possible. This carefully constructed trail remained high above tree line, and on it we climbed to three high points, each with its own special views. The weather cooperated all day with only occasional dark clouds. We camped high in a basin where there were small ponds just below where the trail climbed steeply over an unnamed pass on the way to Tincup Pass. We were at the top of an alpine basin with a high mountain wall around the west side. It was very windy in the basin, but the sun and wind finished drying tents. 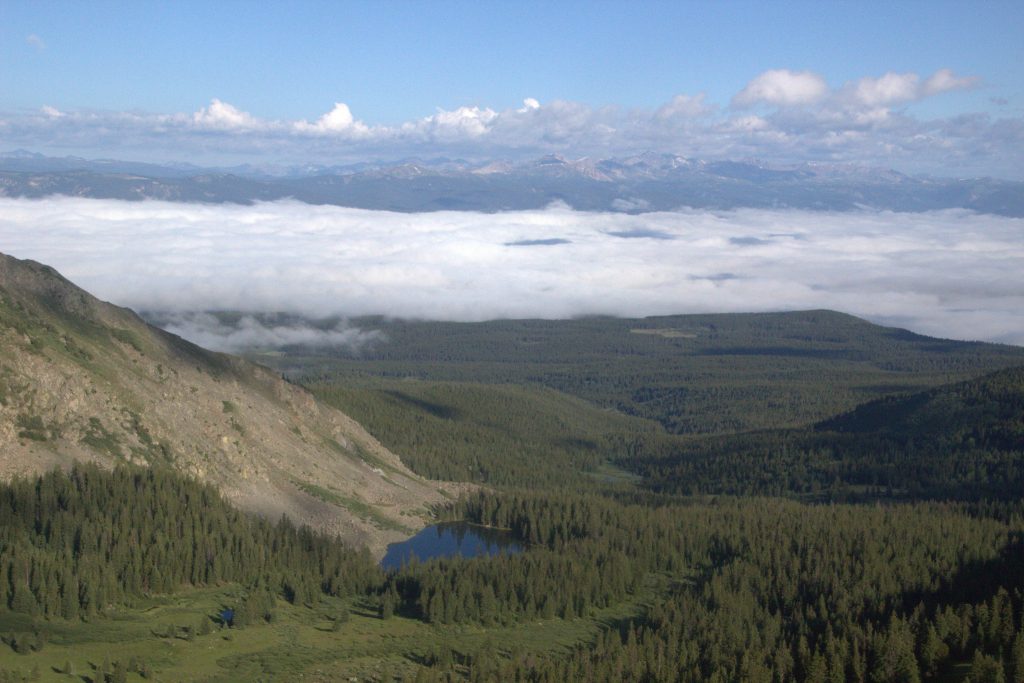 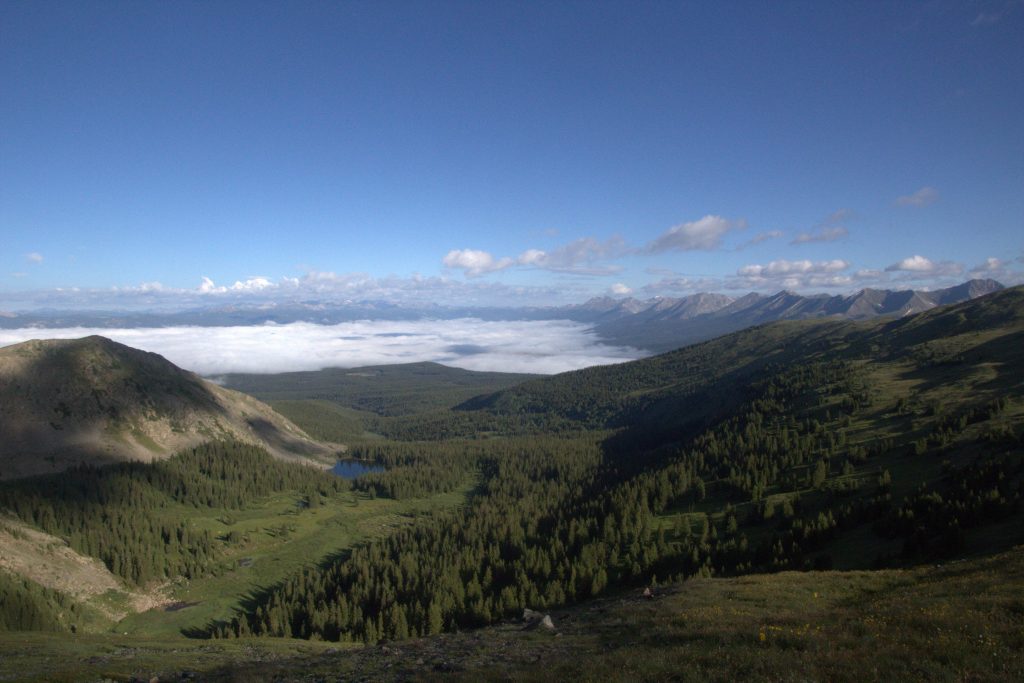 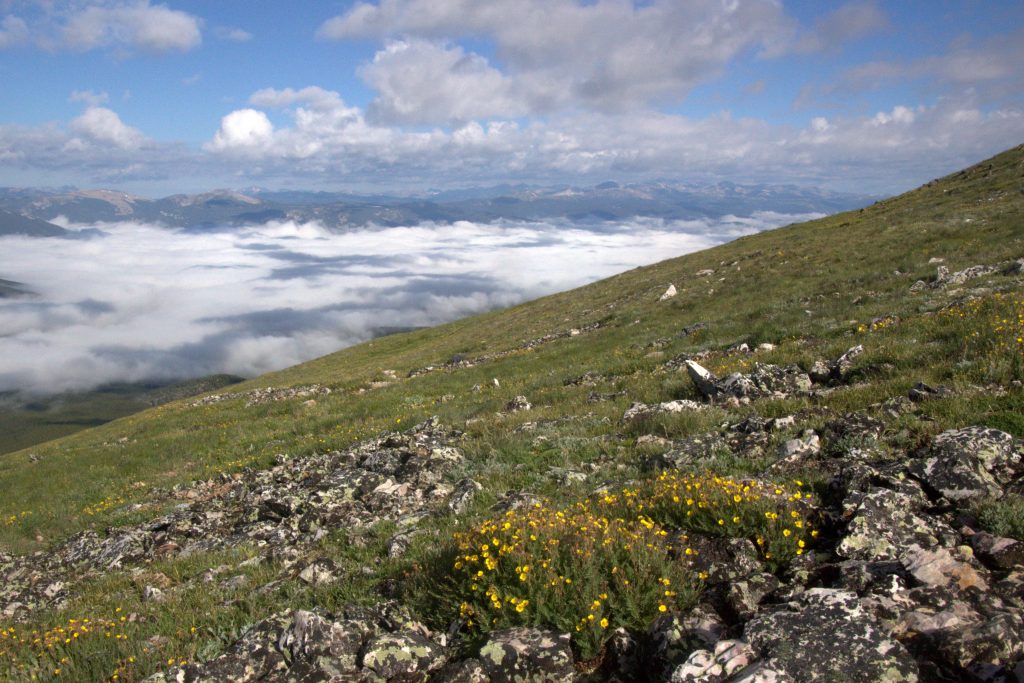 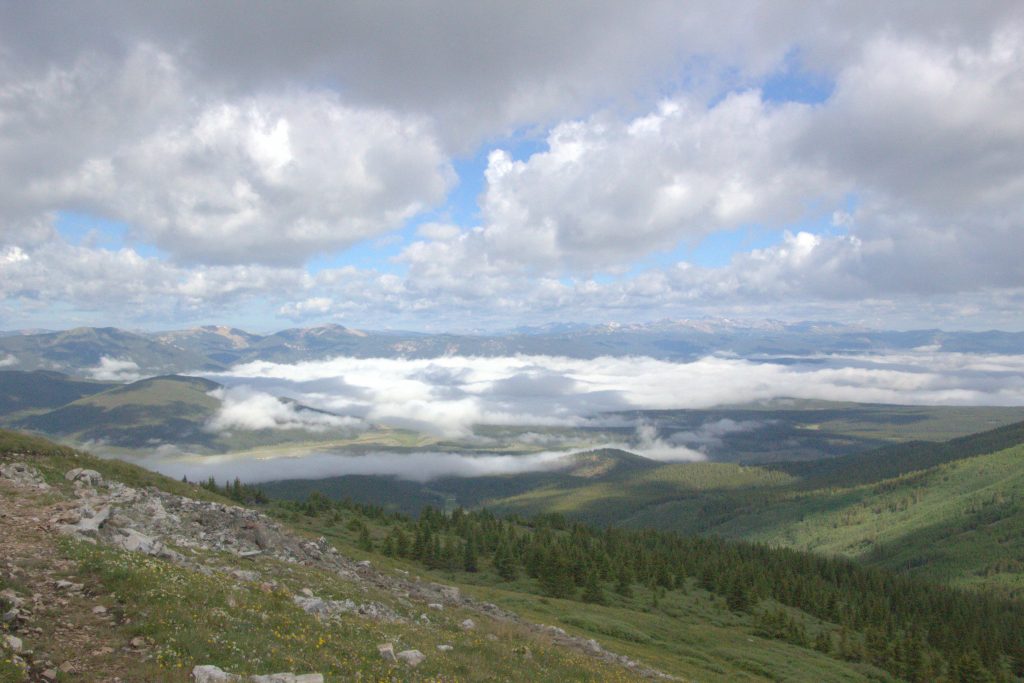 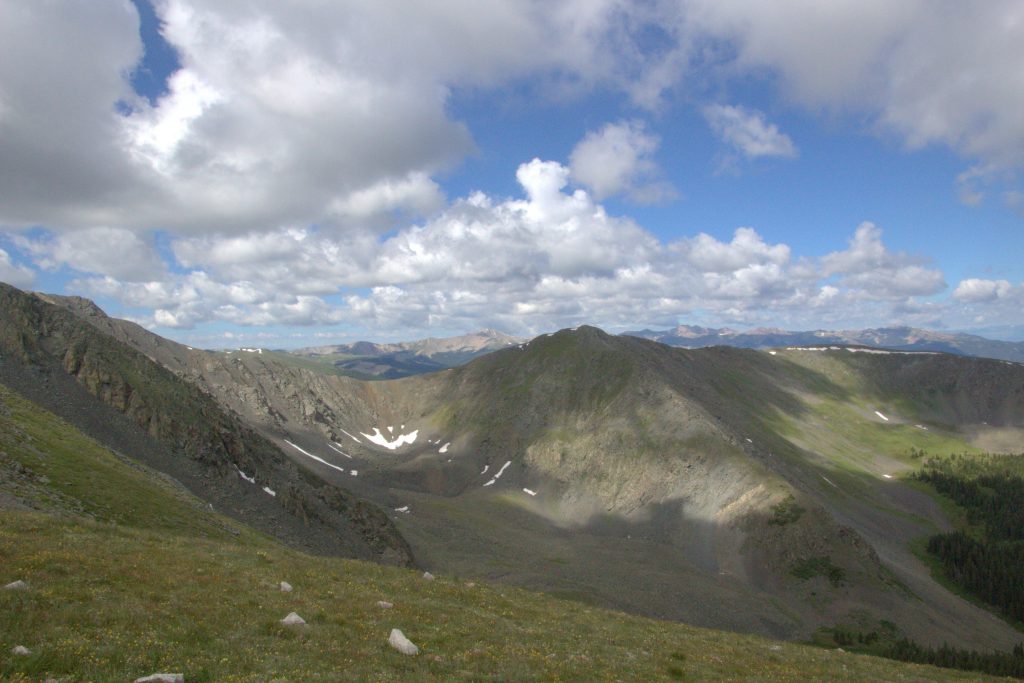 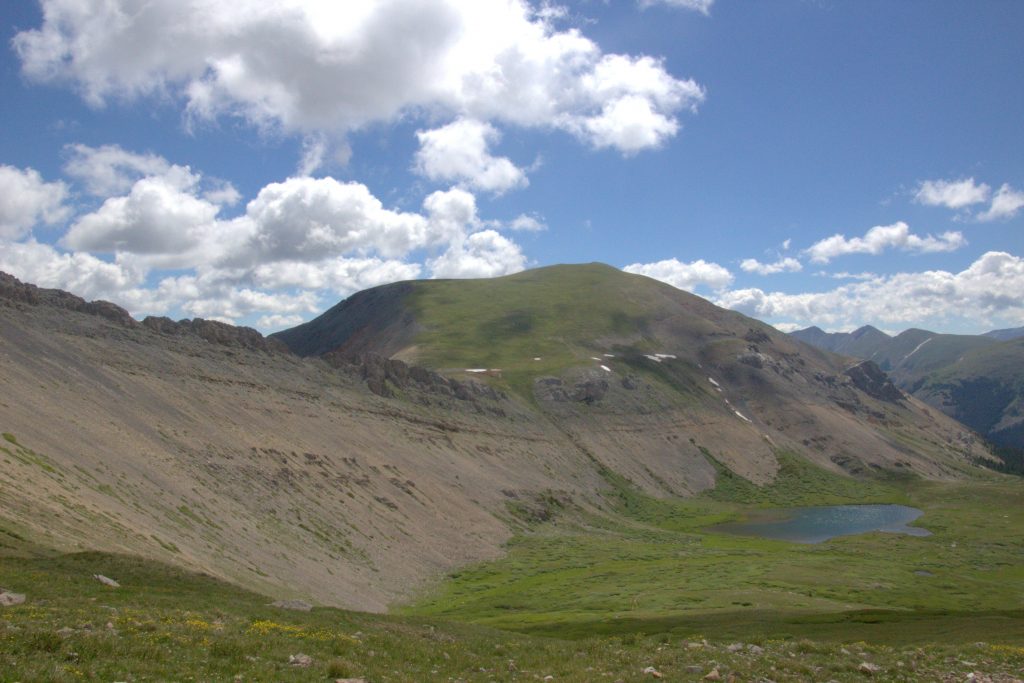 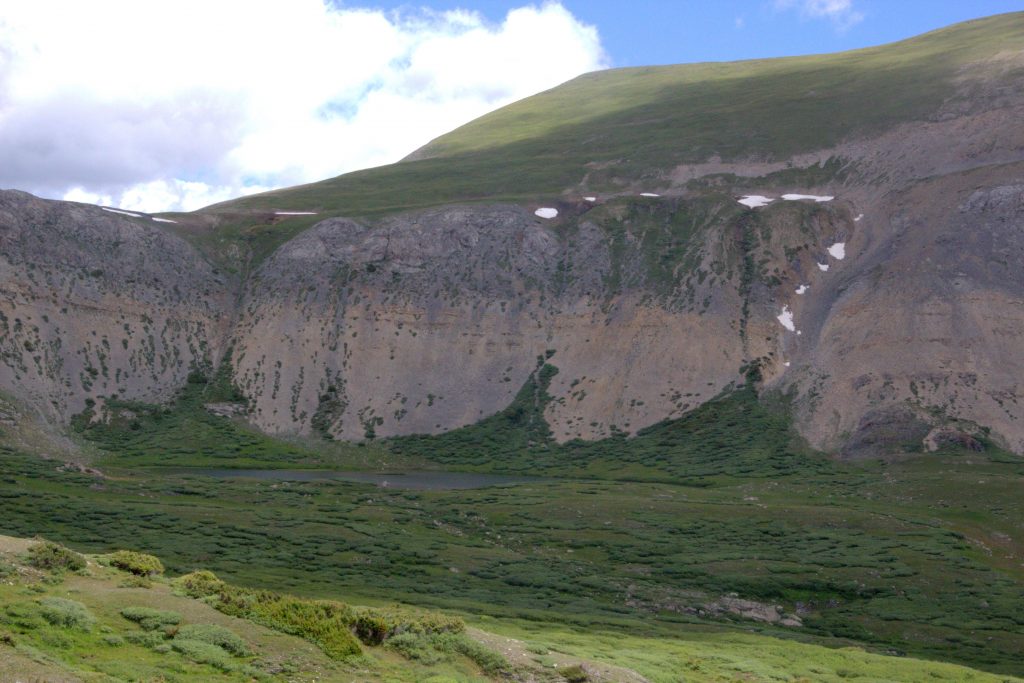 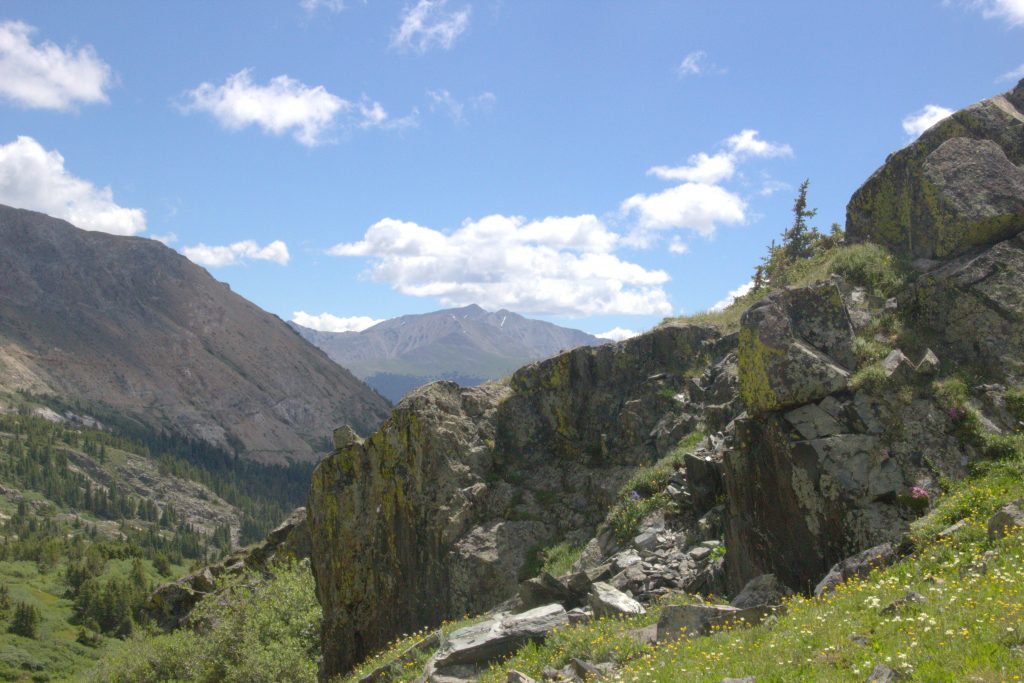 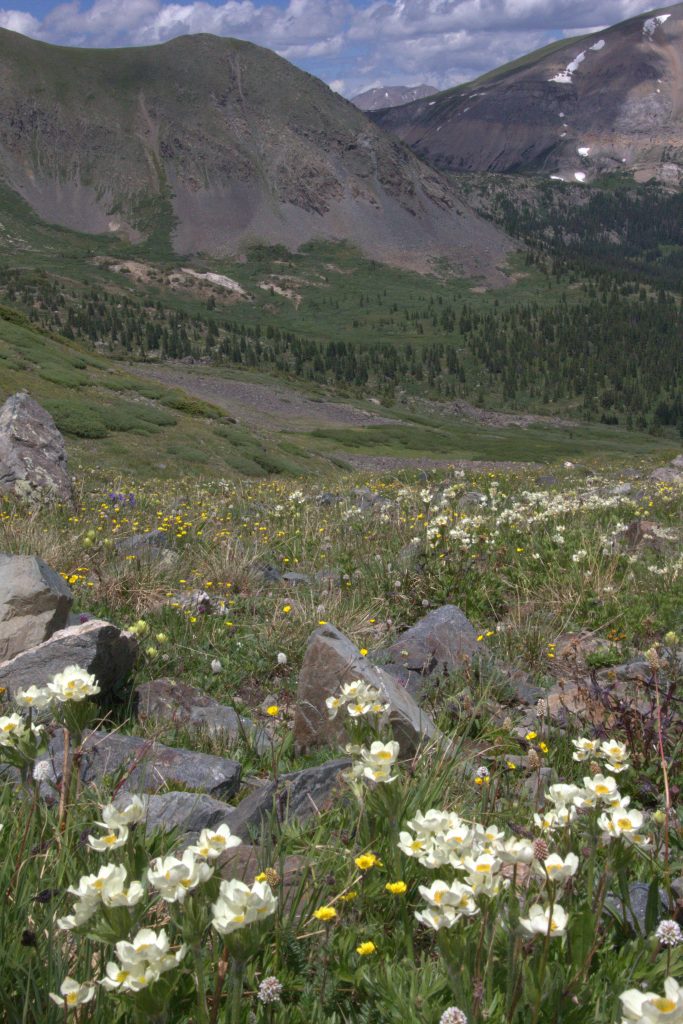 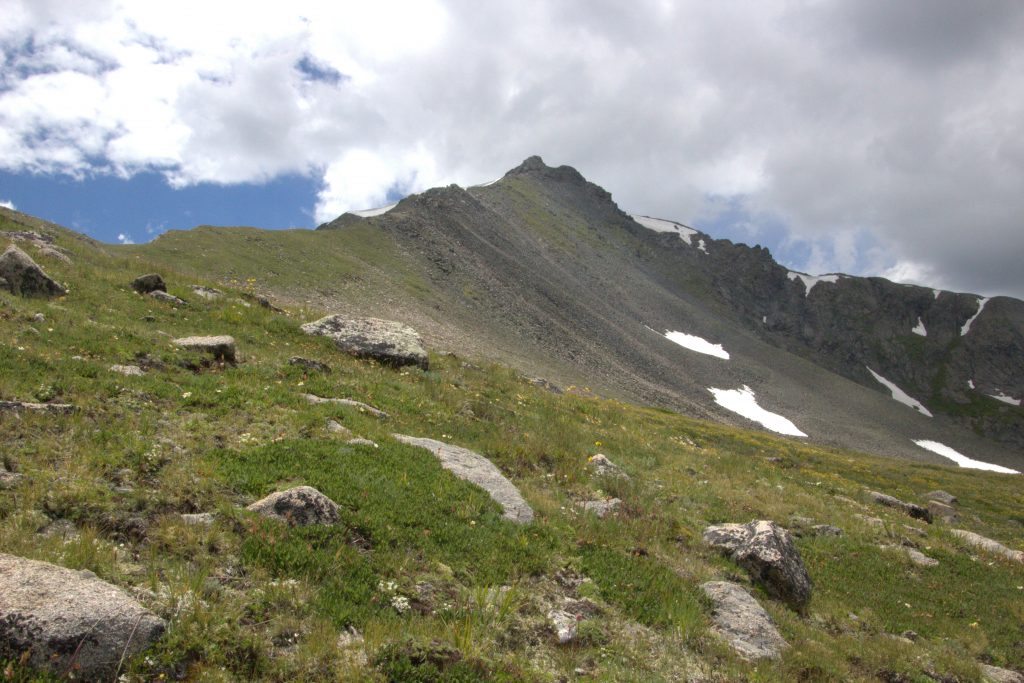 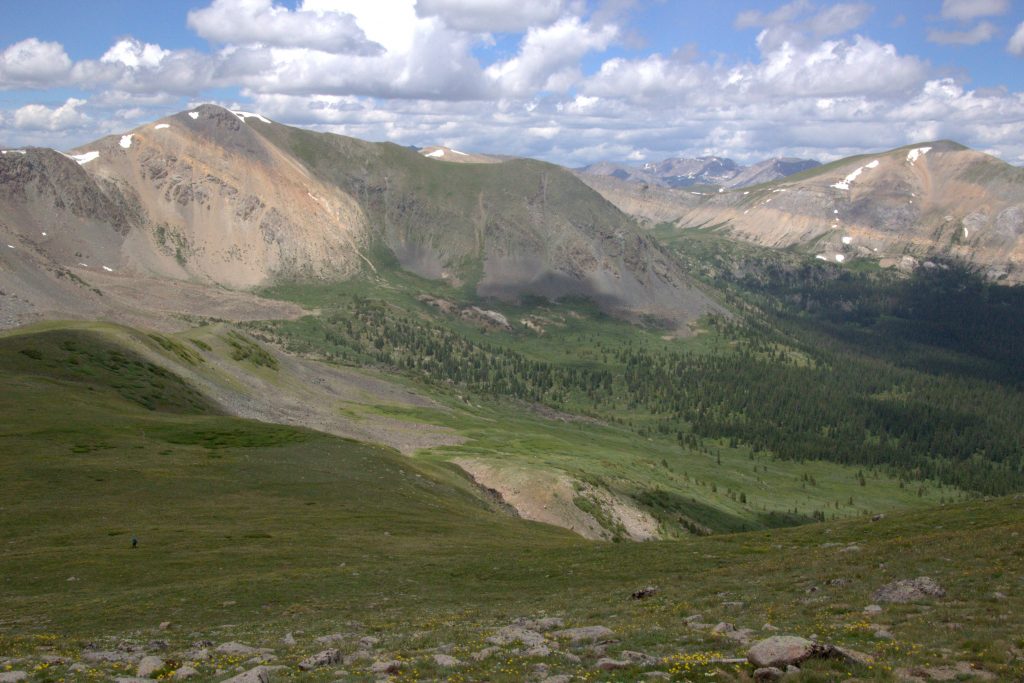 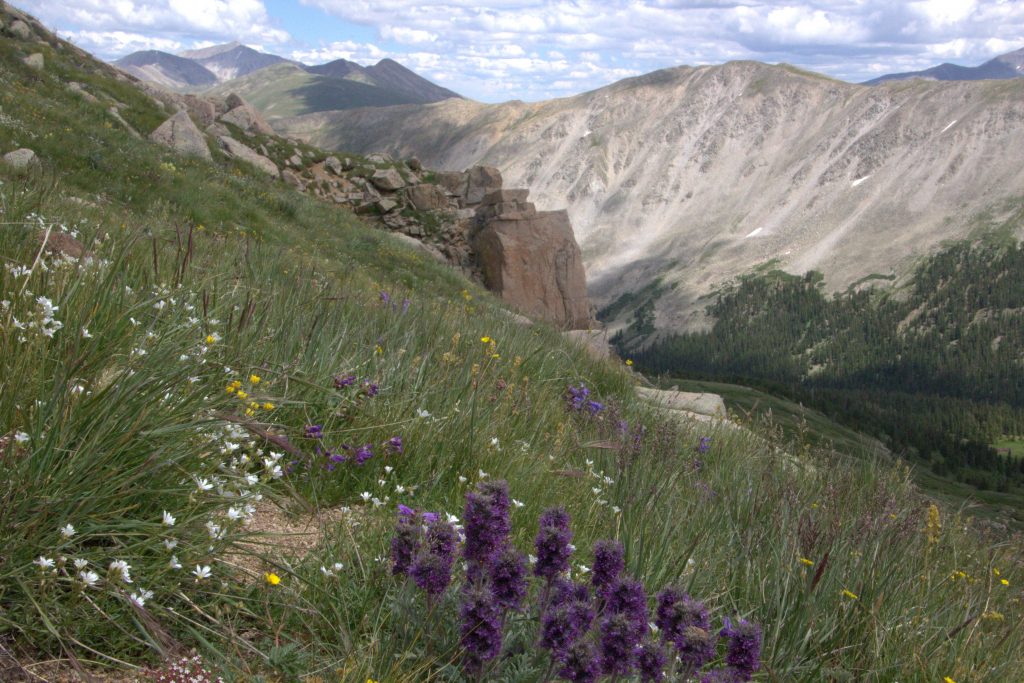 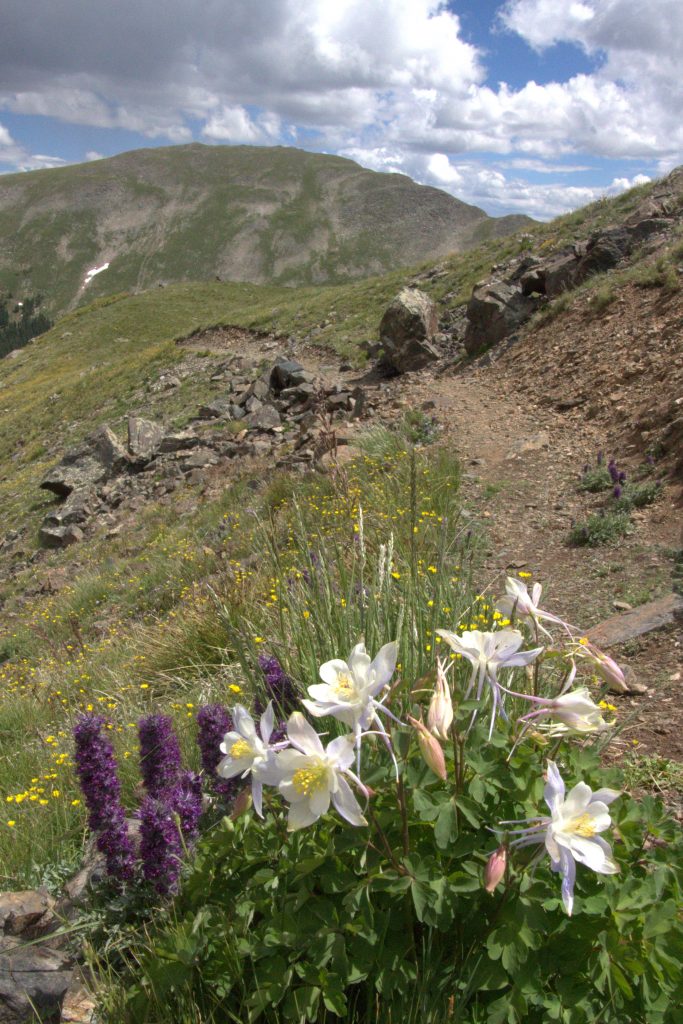