On the saddle, we found a narrow ledge at 12,300 feet with a soft bottom on which we camped. Mount Yale stood directly to our east and there were extended views in all directions. During the night, we heard thunder and saw lightning flashes. I got up to lay down the hiking poles that were standing, stuck in the ground. I saw flashes in the distance to the east and saw bats flying around our camp. The possibility of a lightning storm over such an exposed site at this altitude was unnerving. The thunderstorm went elsewhere and did not come to us, but later during the night it rained heavily. 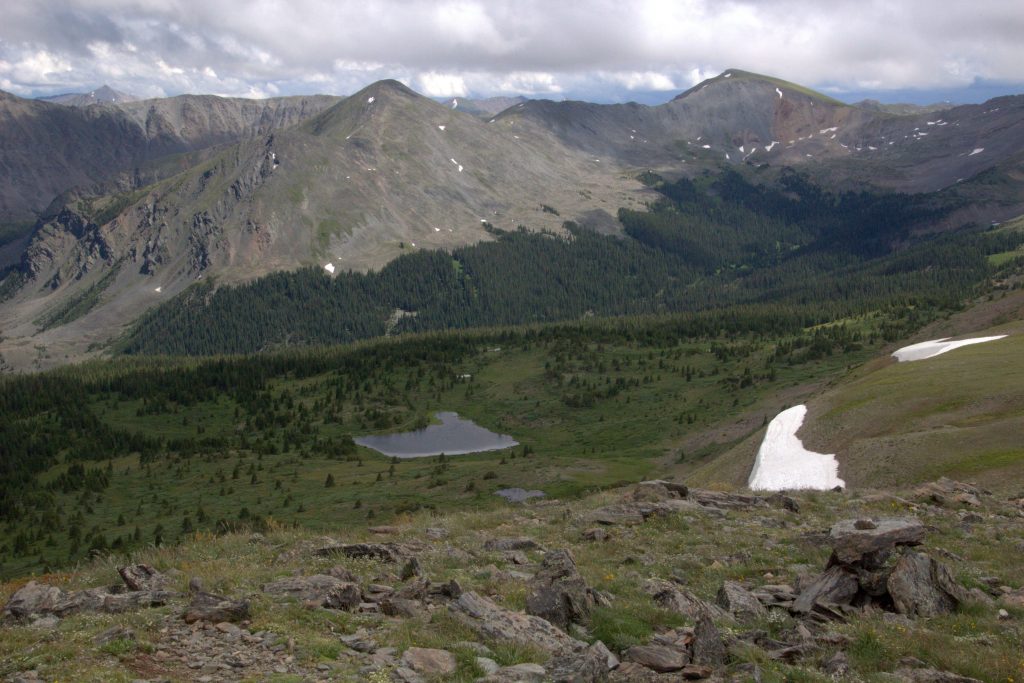 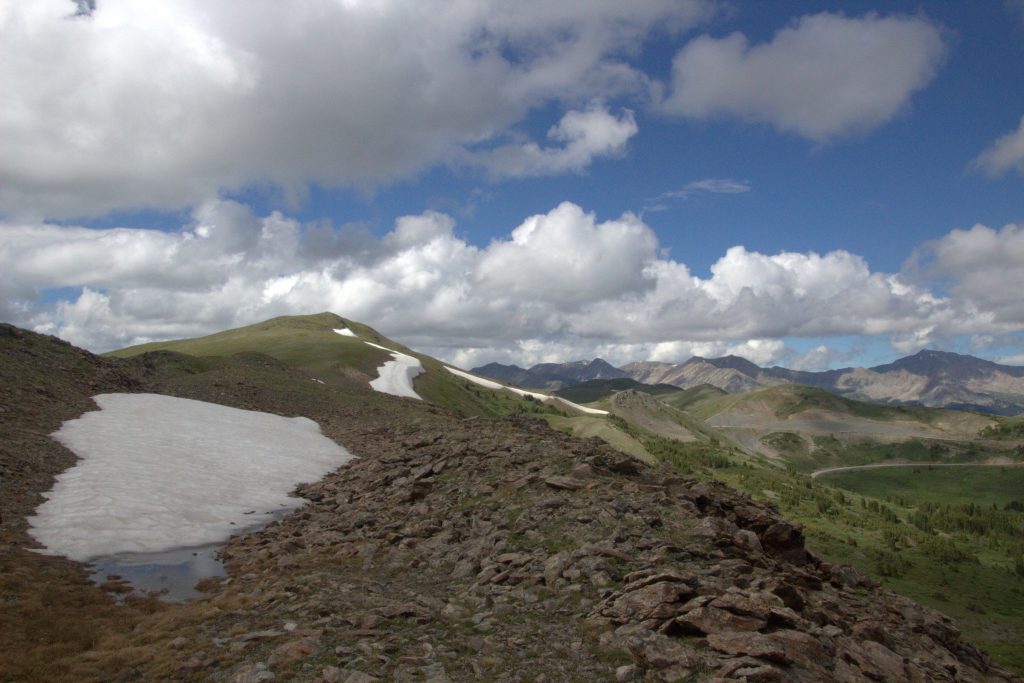 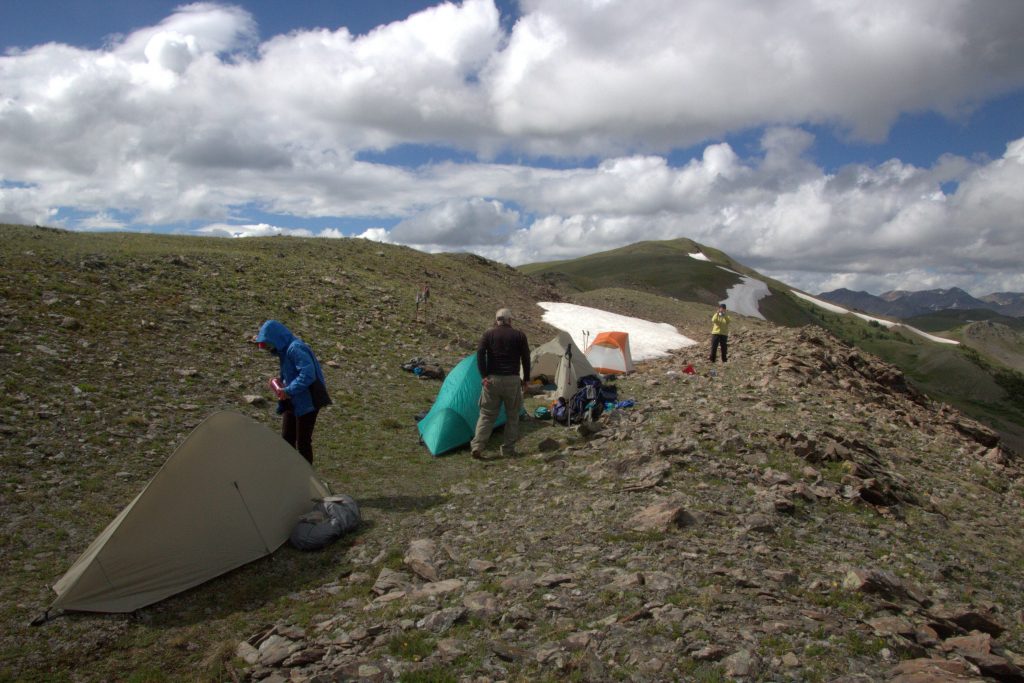 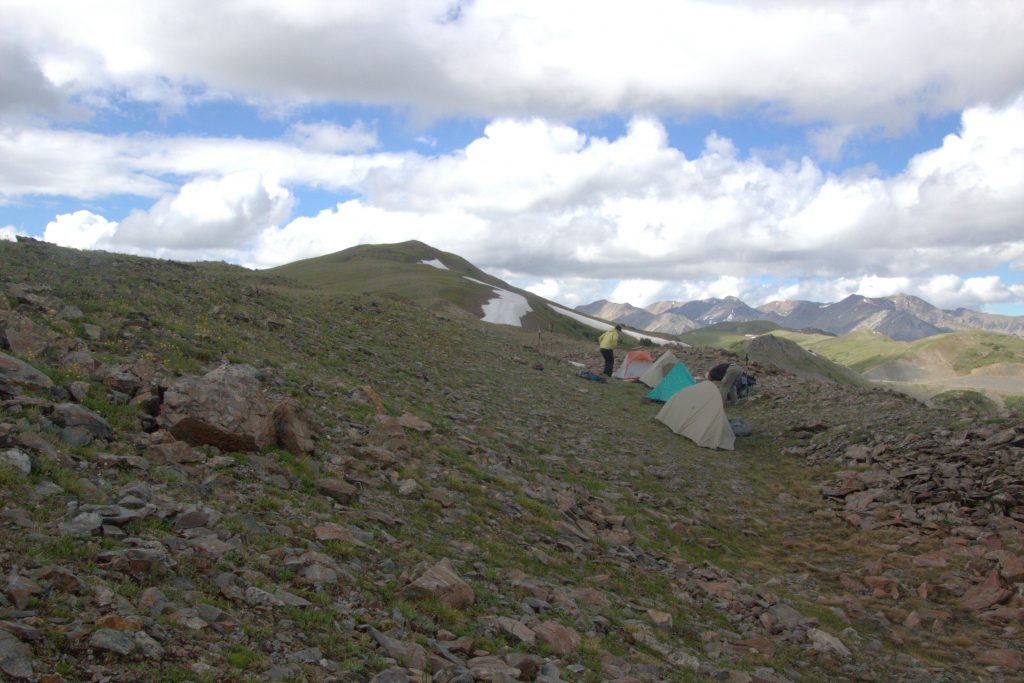 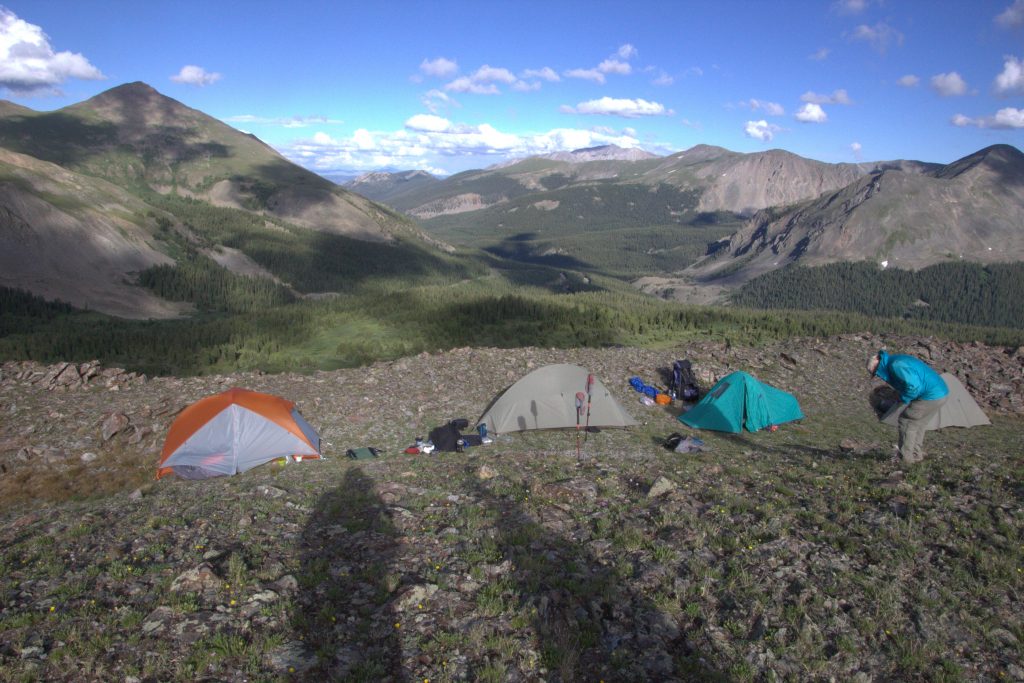 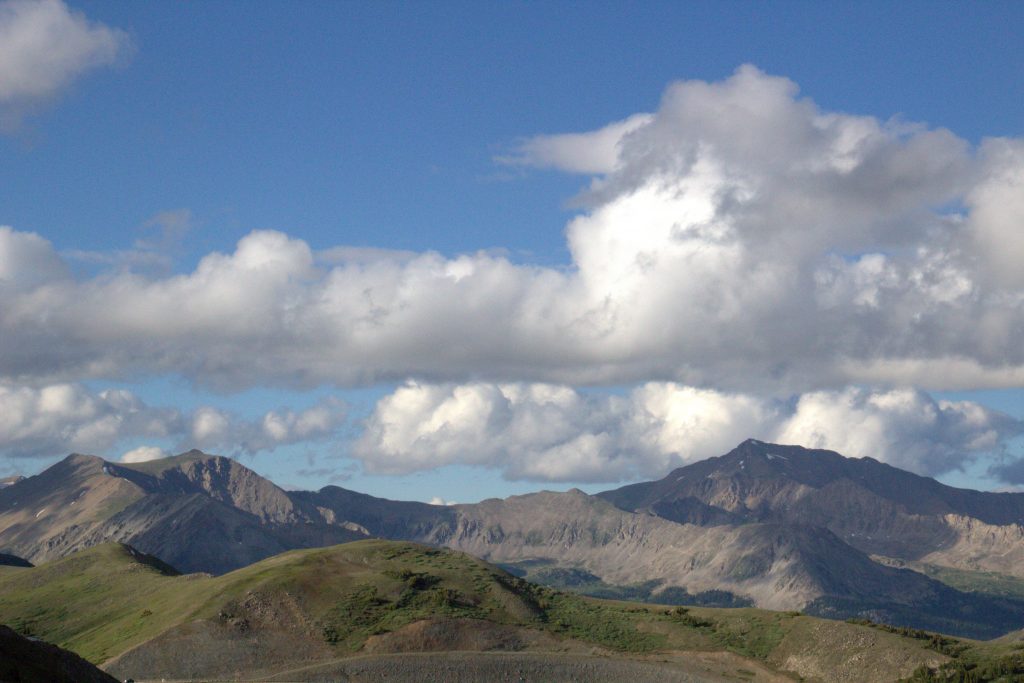 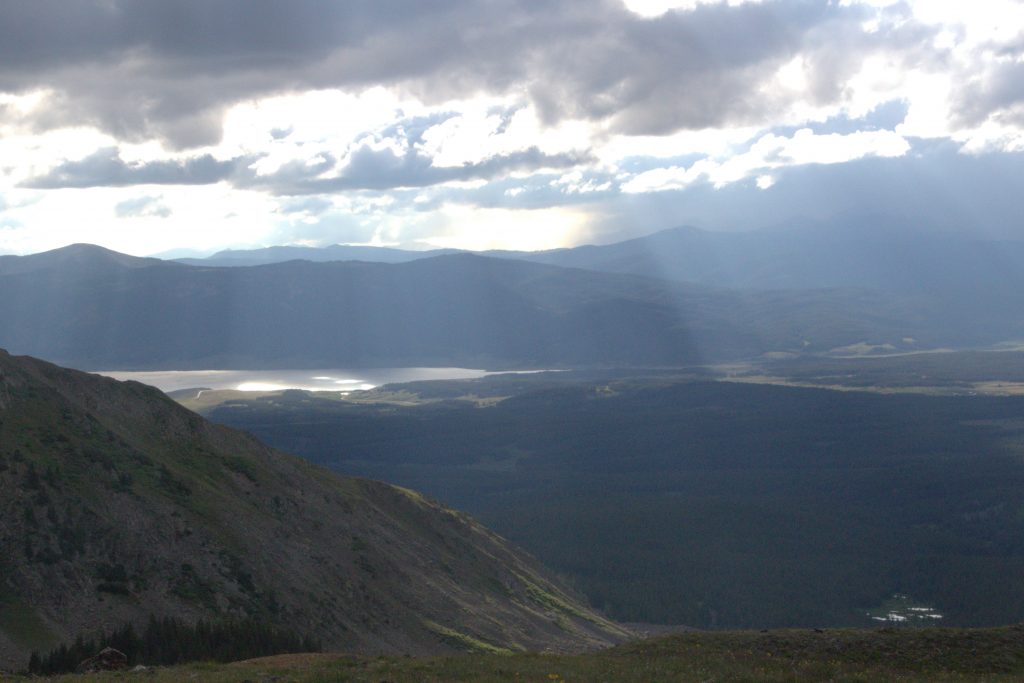 In the morning our campsite was in fog. We could, however, see back to the west over the Taylor Valley which was covered below us by heavy, low-lying clouds, with clear sky high above. The fog streamed rapidly above our heads with the wind moving east and seemed to appear out of nothing below us as the wind climbed the western slope of the Divide. The fog began to dissipate, but we had to pack wet tents again. 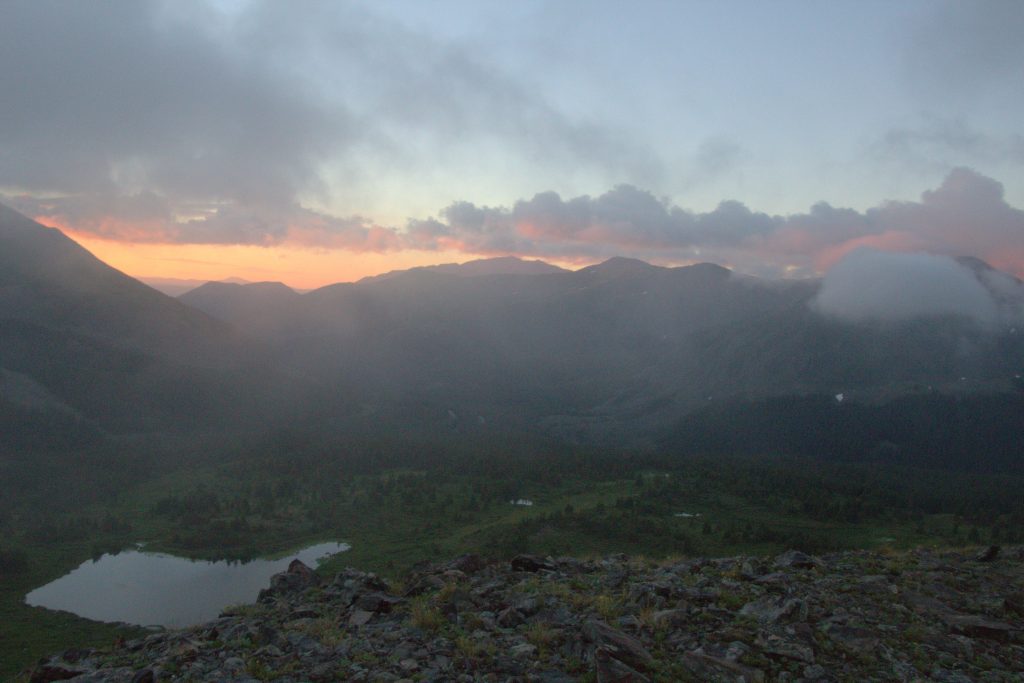 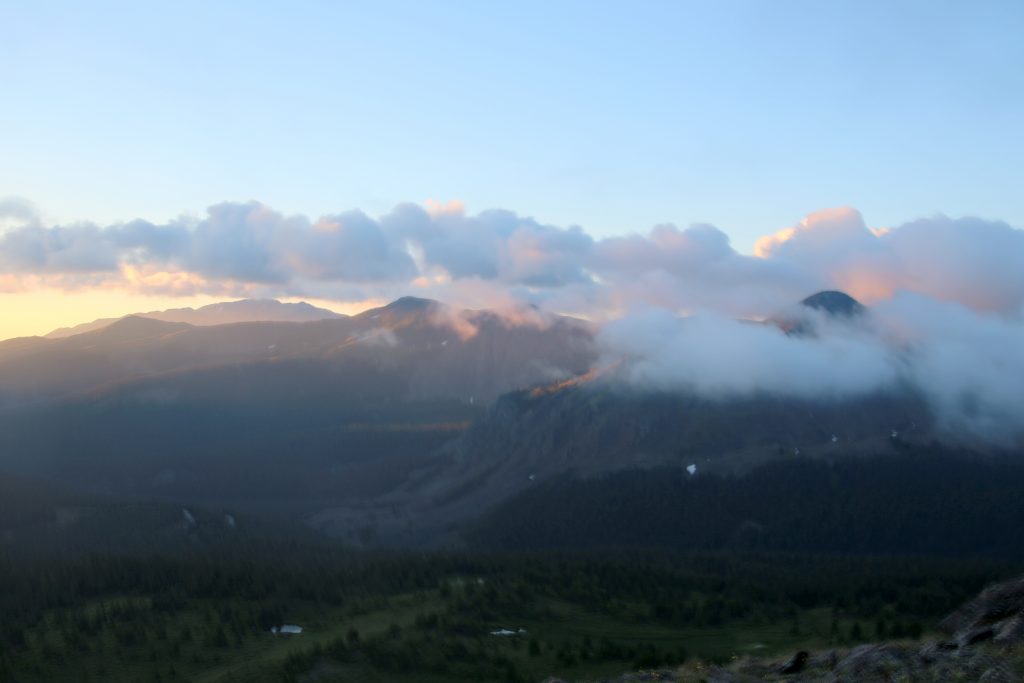 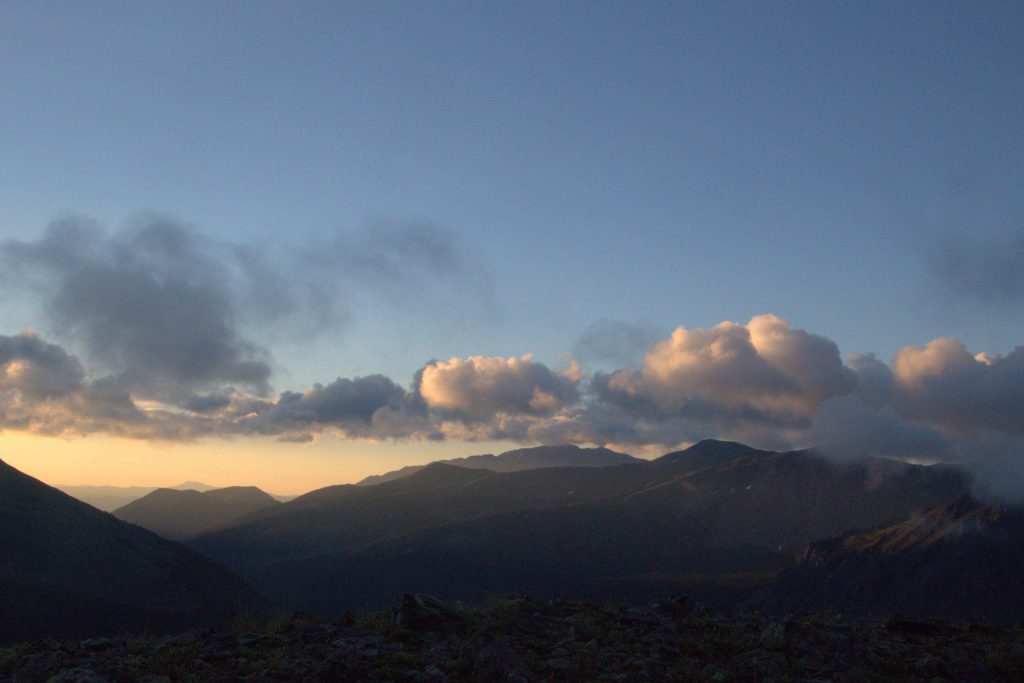 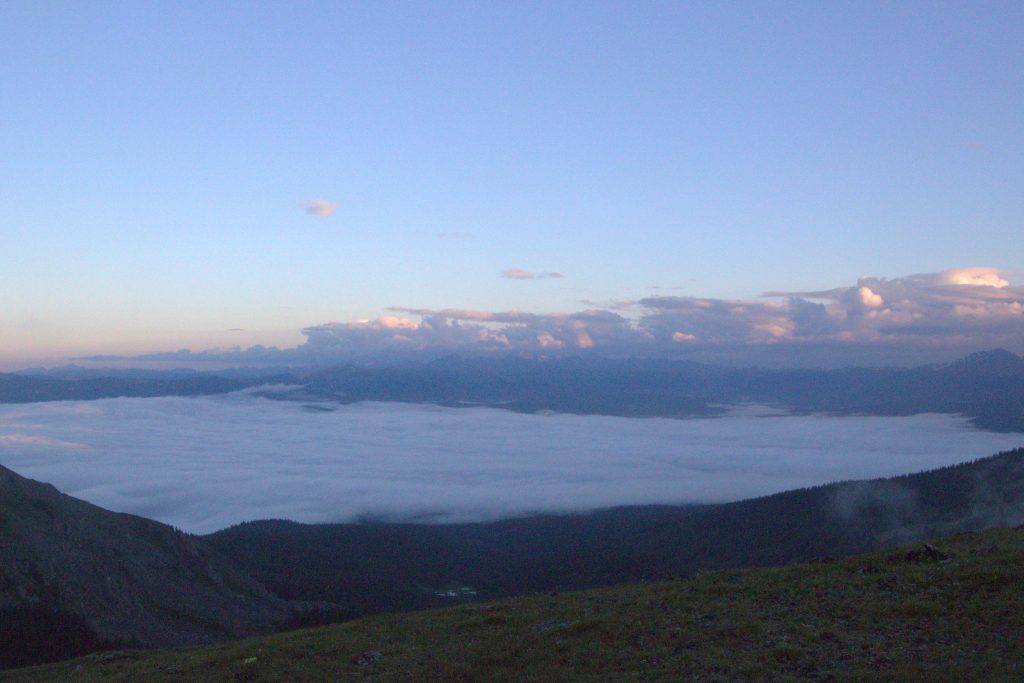 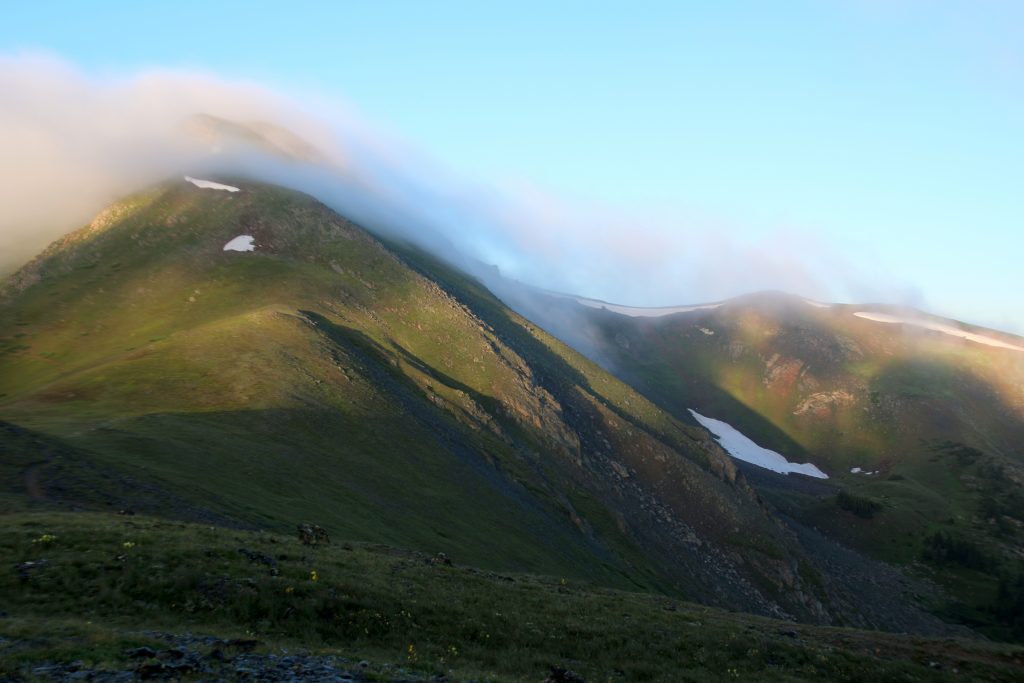