From Interlaken, we continued hiking for some distance over flat terrain around the lakes before beginning the steep climb up Little Willis Gulch towards Hope Pass. It was warm and the long climb through the forest was difficult. We stopped to camp below the pass at 11,000 feet in a meadow, next to a stream. At this camp, we had the worst swarming mosquitoes of our trip. 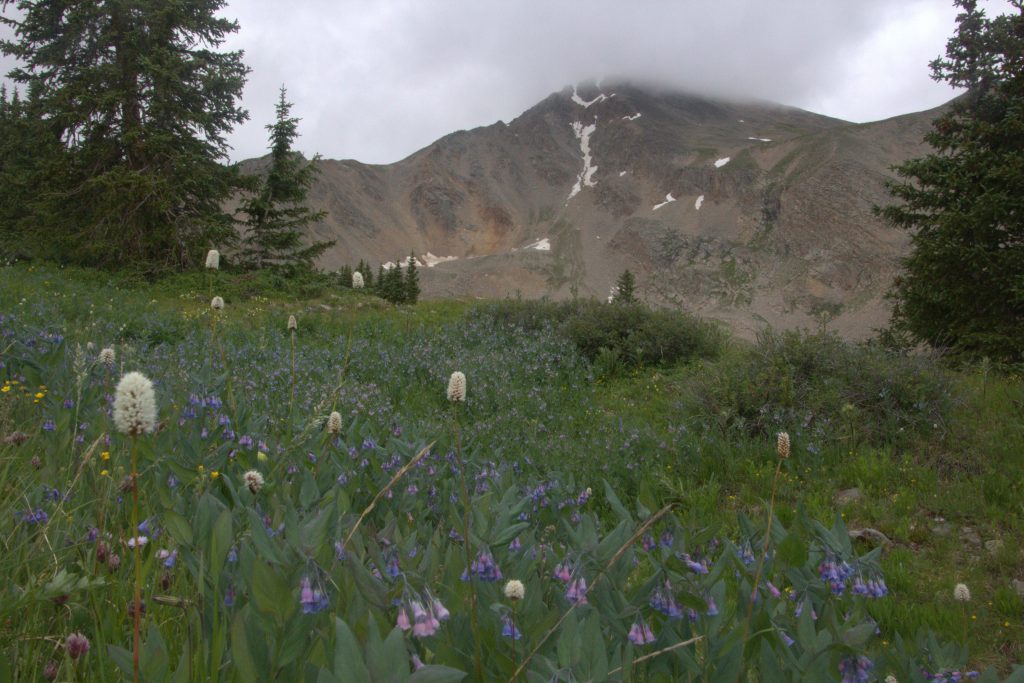 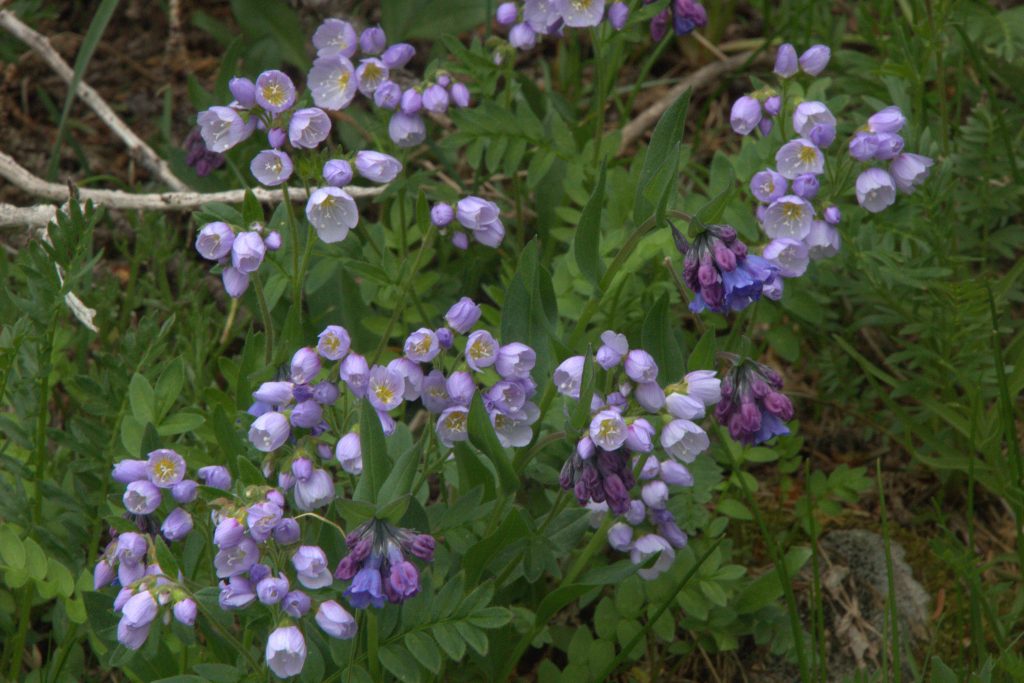 On the morning of July 19, we hiked out of camp and began the final ascent to Hope Pass, first through the high forest and then through the scattered stands of trees near tree line. I started before the others but Laura caught up with me on a knoll where she told me that she had weird dreams the night before about a party in San Francisco where she got drunk and bought many pairs of shoes. Dave caught up but stayed to wait for Cheryl while Laura and I began to climb steeply up the alpine tundra to the pass. Throughout this trip we found an unusual variety of wildflowers, and the tundra below the pass was covered with white, yellow, purple and blue flowers. Laura reached the top before me, and when I reach the summit, I saw that there were prayer flags so I said out loud my hiking mantra, "Om Mani Padme Hum." I said to Laura, "I hope this is the pass, ha ha." There was a couple there planning to climb adjacent Hope Mountain, although the top of the peak was in the clouds. From the top there was a view south to Collegiate Mountains, including Missouri Mountain, Mount Belford and others. 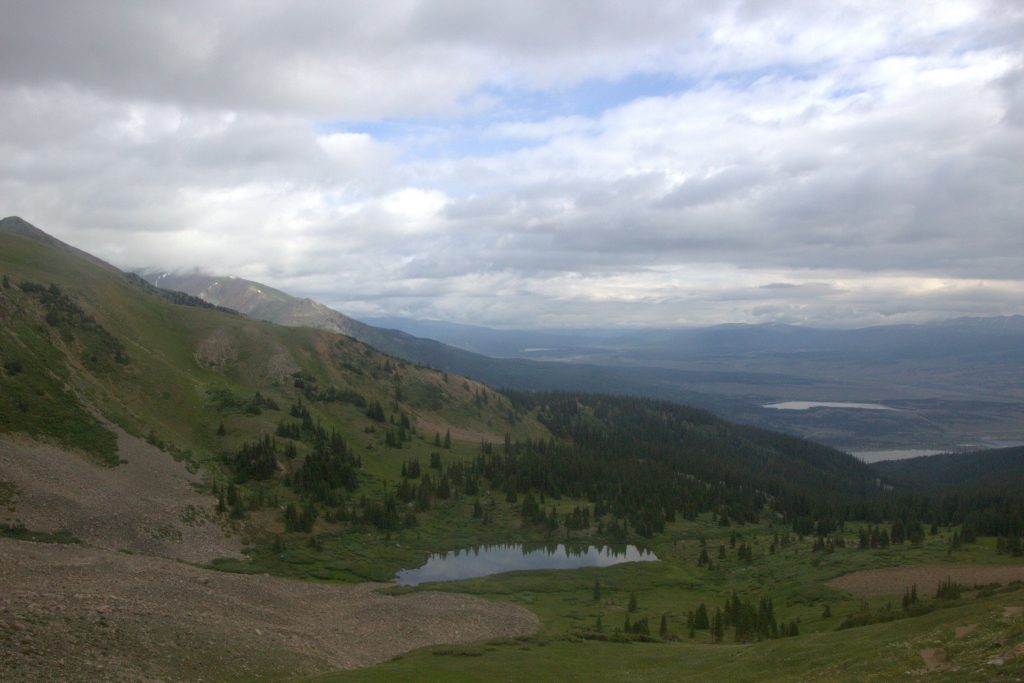 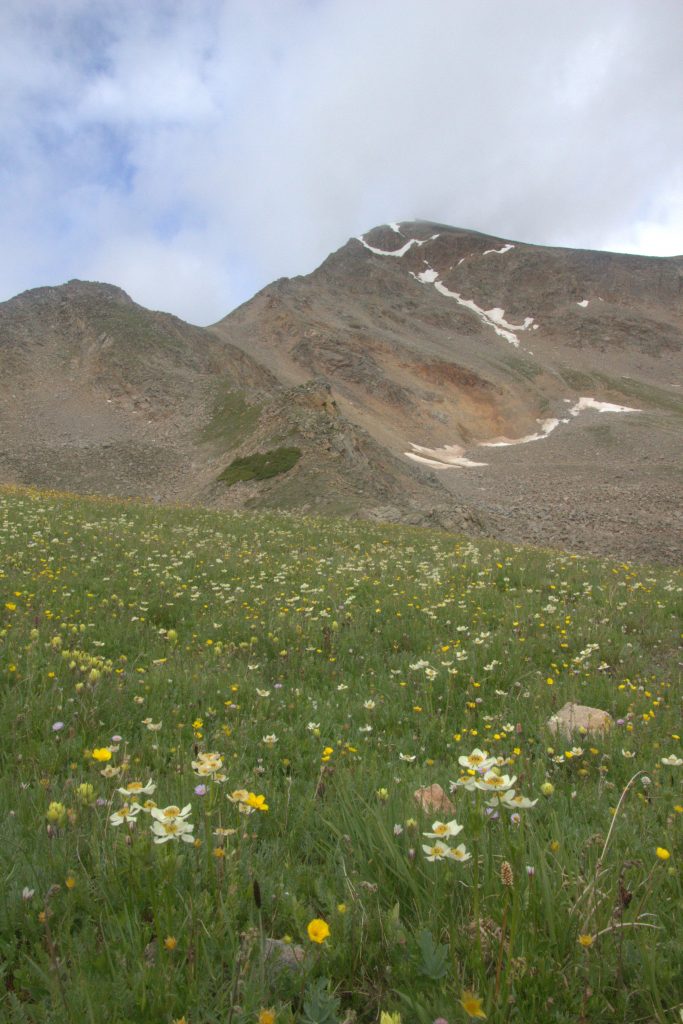 As we waited on the pass, the view to the south faded and blurred with an approaching rain storm and soon it started to rain. We started to descend steeply to the south and it was a long descent taking several hours. The final descent through the forest was so steep that my legs and left hip began to ache. We descended into the Clear Creek valley but hiked on a trail following a contour up the valley above the bottom. I was becoming exhausted, but we crossed a road and began hiking on the Lake Ann Trail. We were all tired but continued climbing to an old mining town area called Hamilton where we camped. From the camp, we had nice evening views of the Three Apostles and the surrounding Continental Divide. 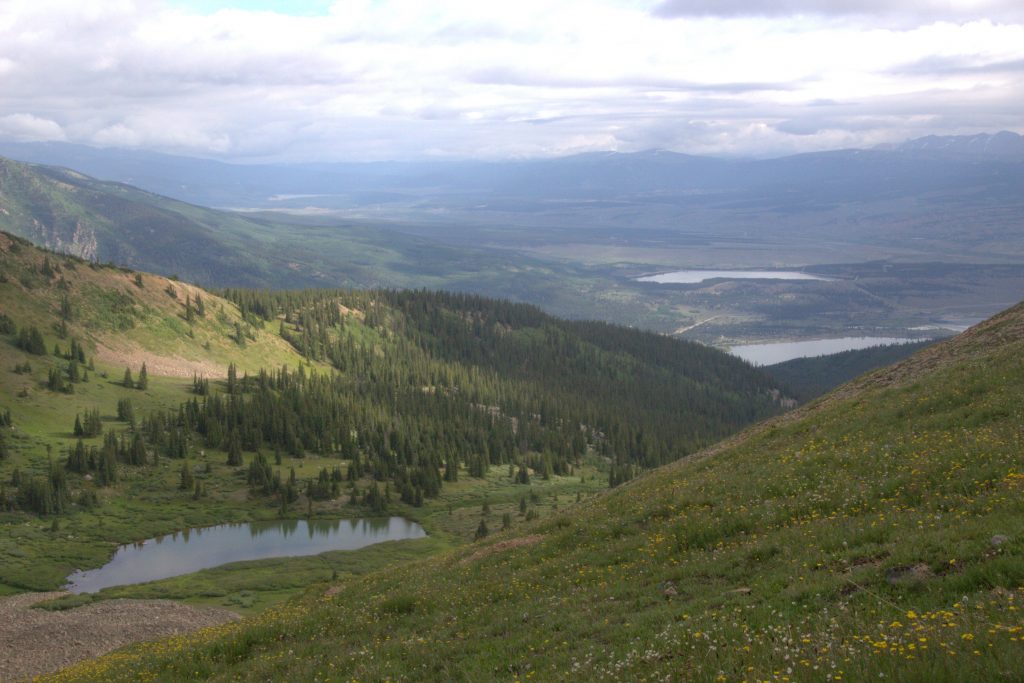 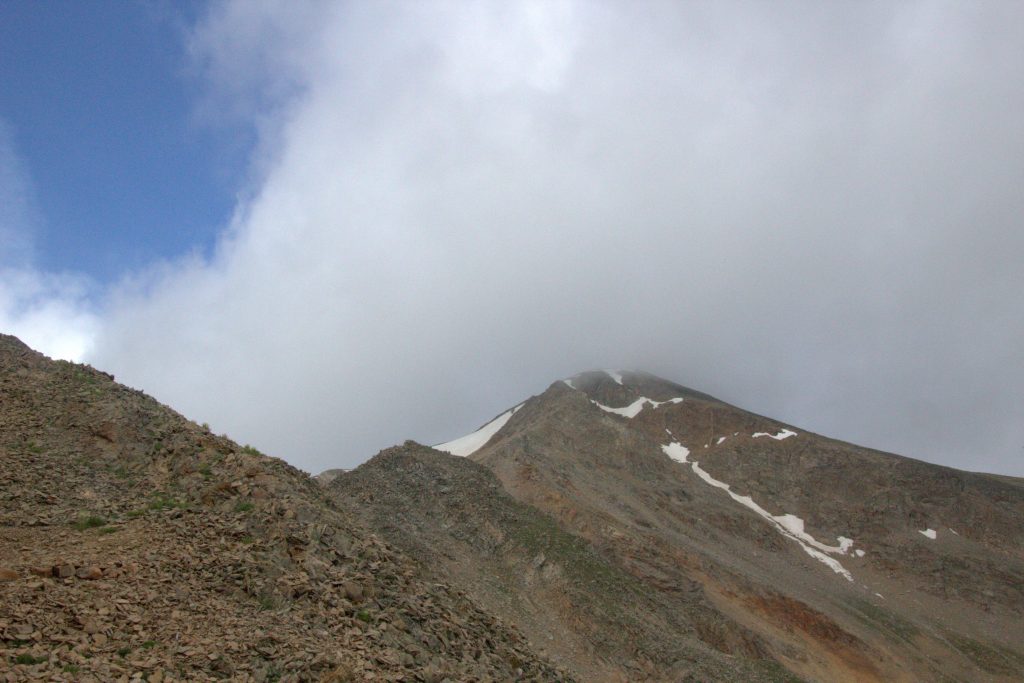 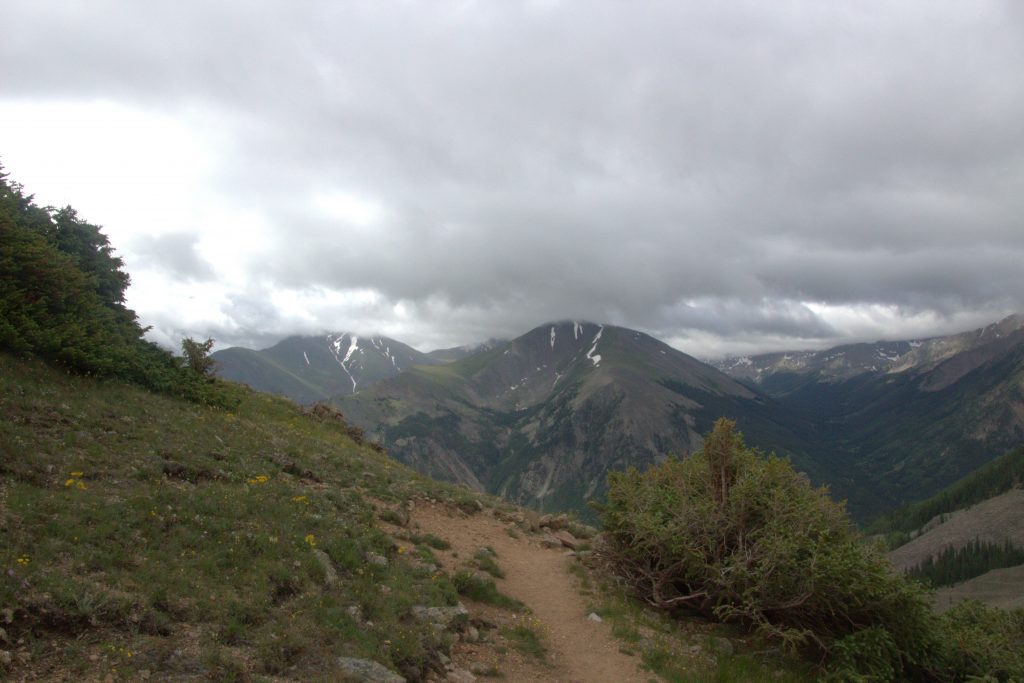 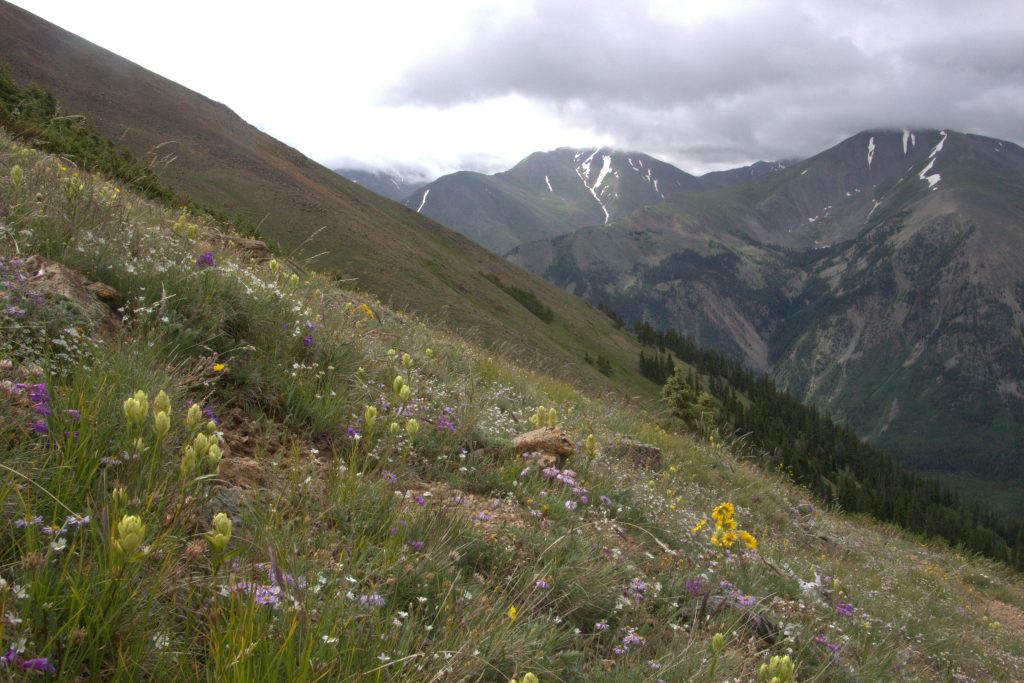 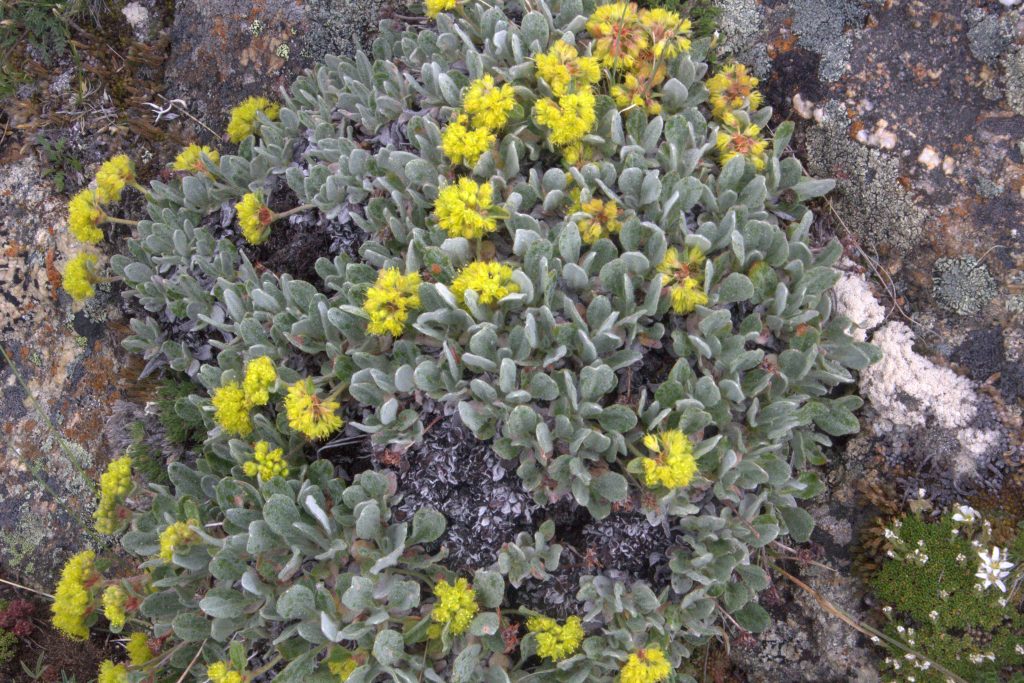 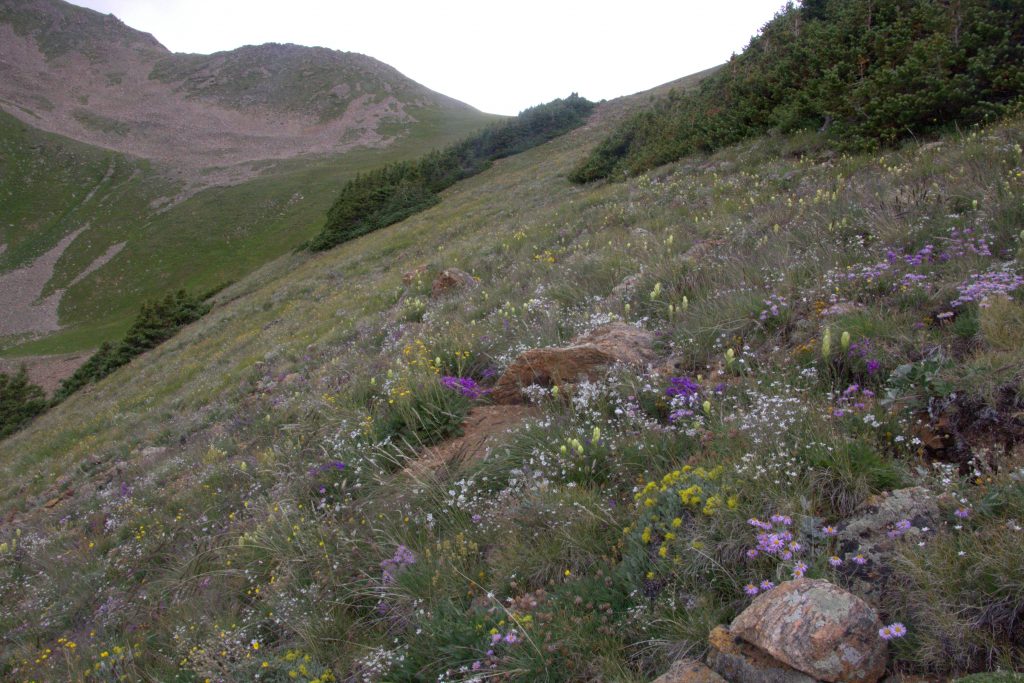 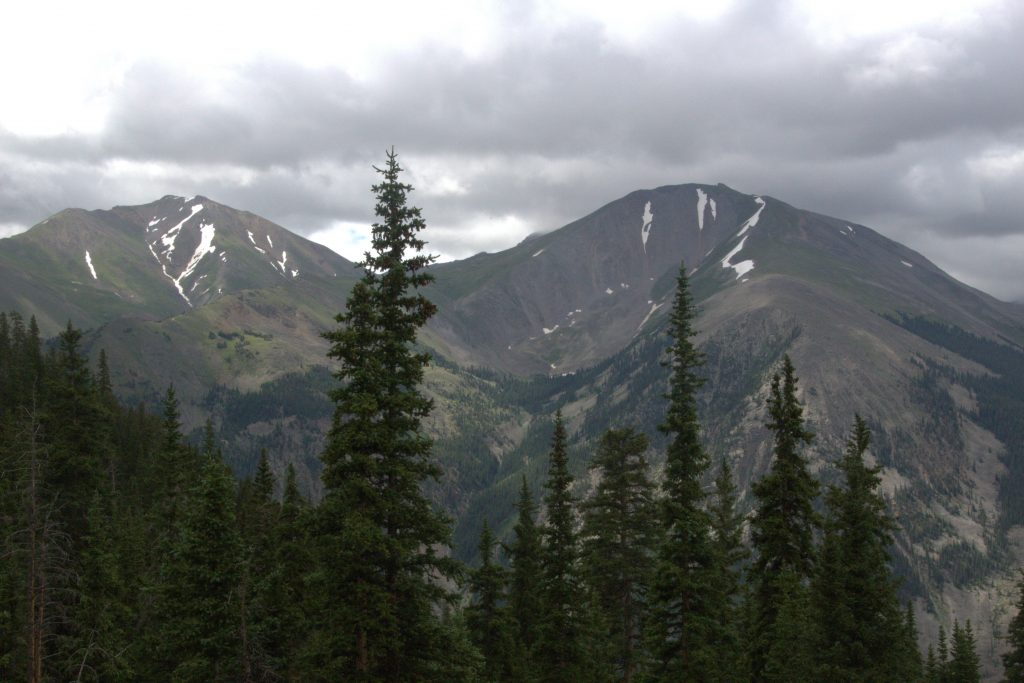 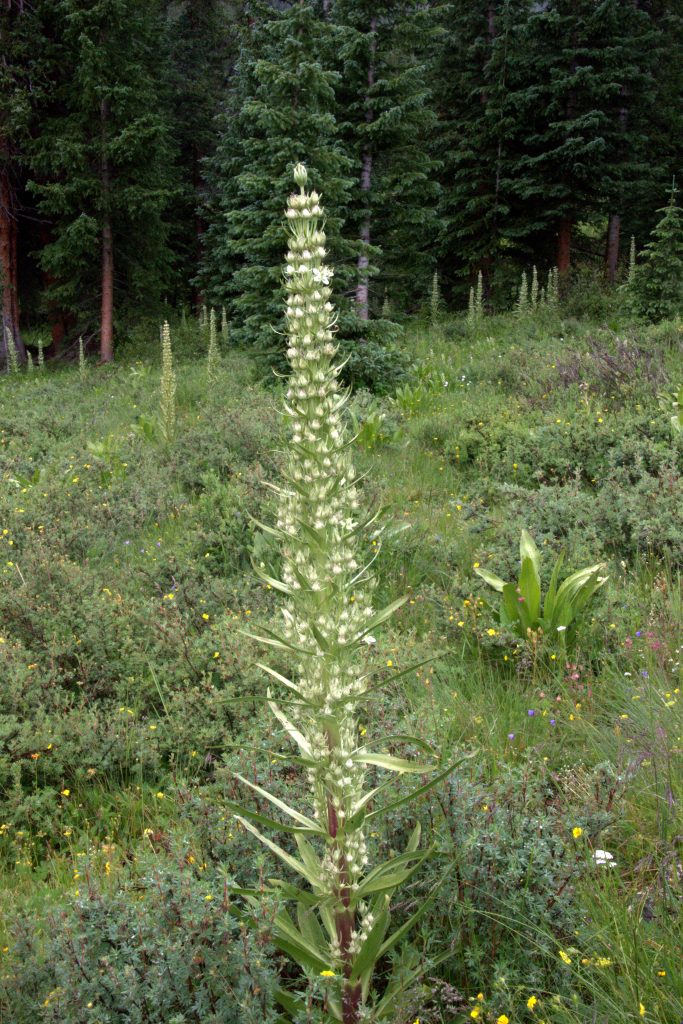 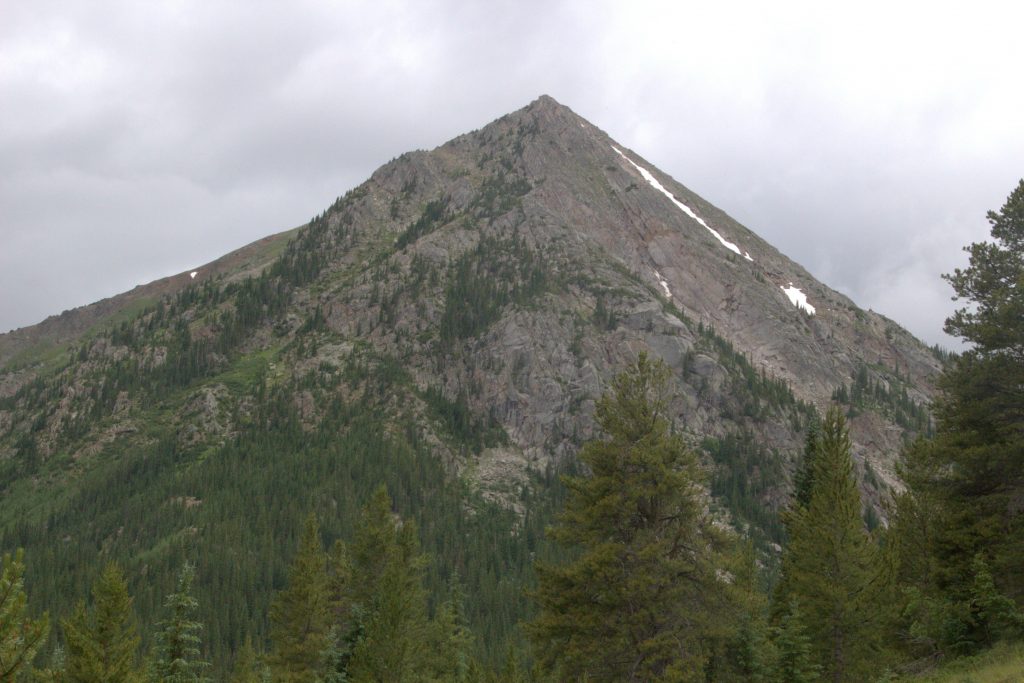 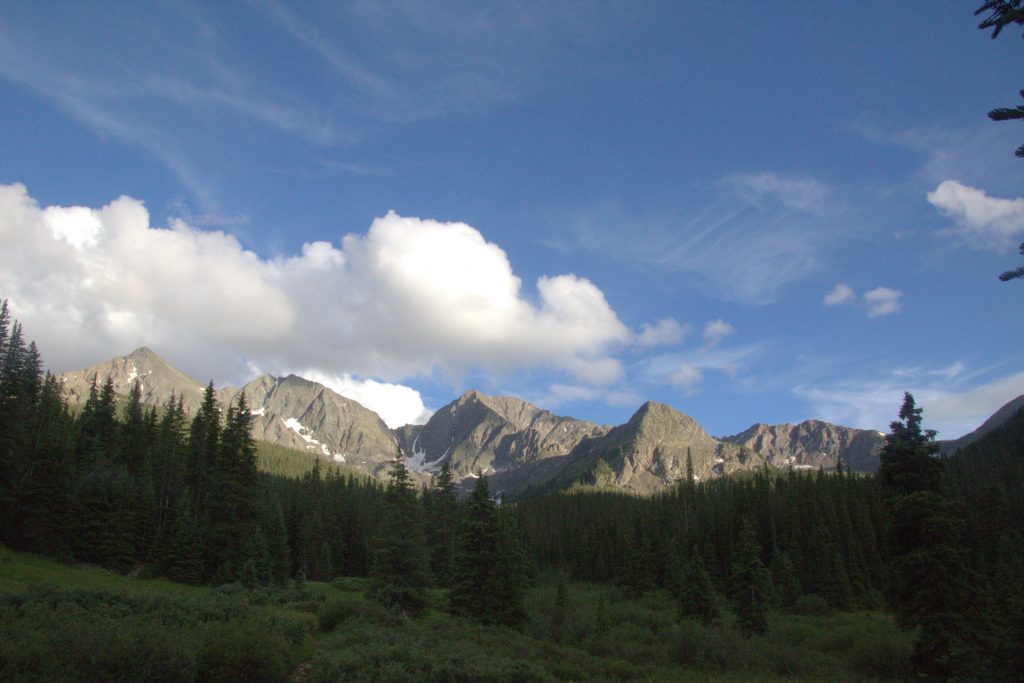 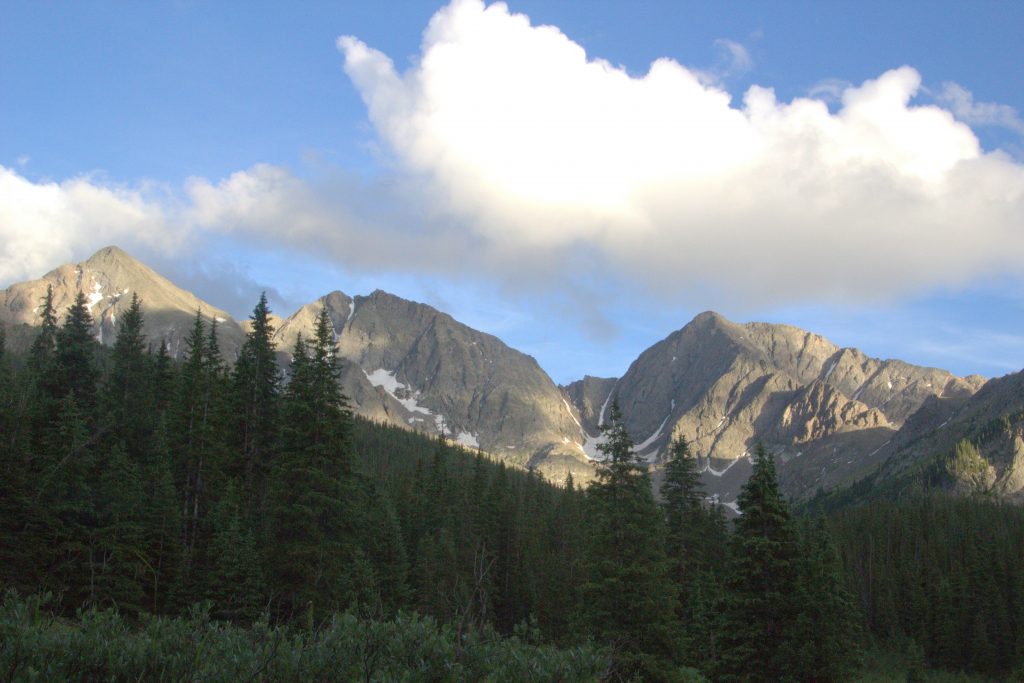