After the Coire Lagan attempt, I drove back up to the pass where it was raining. On the pass was the Fairy Falls trailhead, but I did not feel like more hiking in the rain, so I drove down to the village of Carbost where I would spend the night. My accommodations would be at the Old Skye Inn. I went into the restaurant, which was full of people, and the pleasant bartender told me that my room would not be ready for a couple of hours, so I walked two blocks in the rain to the Talisker scotch distillery where I sampled some of the products and bought some scotch to bring back to friends. I returned to my room and enjoyed resting out of the rain. Later, I noticed the rain had stopped and enjoyed the view over Loch Harport behind the Inn. I went to dinner in the Inn restaurant and had wonderful large scallops for dinner. The bartender told me that there would be live traditional music at 9:00. The Inn was an authentic stone building with randomly mixed furniture and a fine collection of drinks at the bar. Before 9:00 three fiddle players, a guitarist and a mandolin player arrived and began playing very animated local tunes. The Inn was full of villagers, come for the music, and I had a nice conversation with one gentleman. At one point, the group played "I Am a Man of Constant Sorrow."

In the morning, I had the best Scottish breakfast so far with a fried egg, great bacon, sausage, a potato scone and delicious blood pudding. The service was very relaxed and you had to speak up for orange juice or other needs. Through the kitchen door, I saw that the cook was in his pajamas.

I had to return the rental car to Kyle of Lachalsh by noon and decided to drive back toward Glenbrittle to the pass to get another view of the Cuillens from the west side. Driving to Kyle, the rural scenery was beautiful with many views of water and hills. At Sligechan, I stopped at the old hotel and walked a short distance on the trail to a high point with great views of the Cuillen Hills from the north. Back over the bridge in Kyle, I successfully turned in my car and picked up my train ticket for the next morning's trip to Edinburgh. I checked into the old, white Hotel Lochalsh, which though somewhat past its prime, had nice views over the harbor. As usual for Scotland, the staff at the hotel were very friendly and helpful. 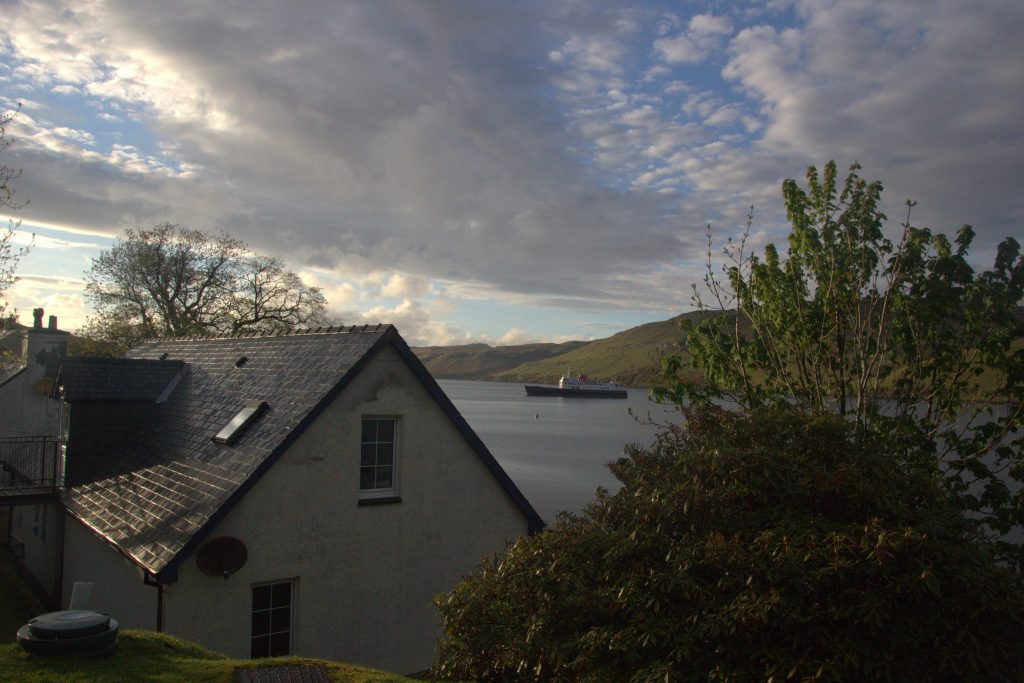 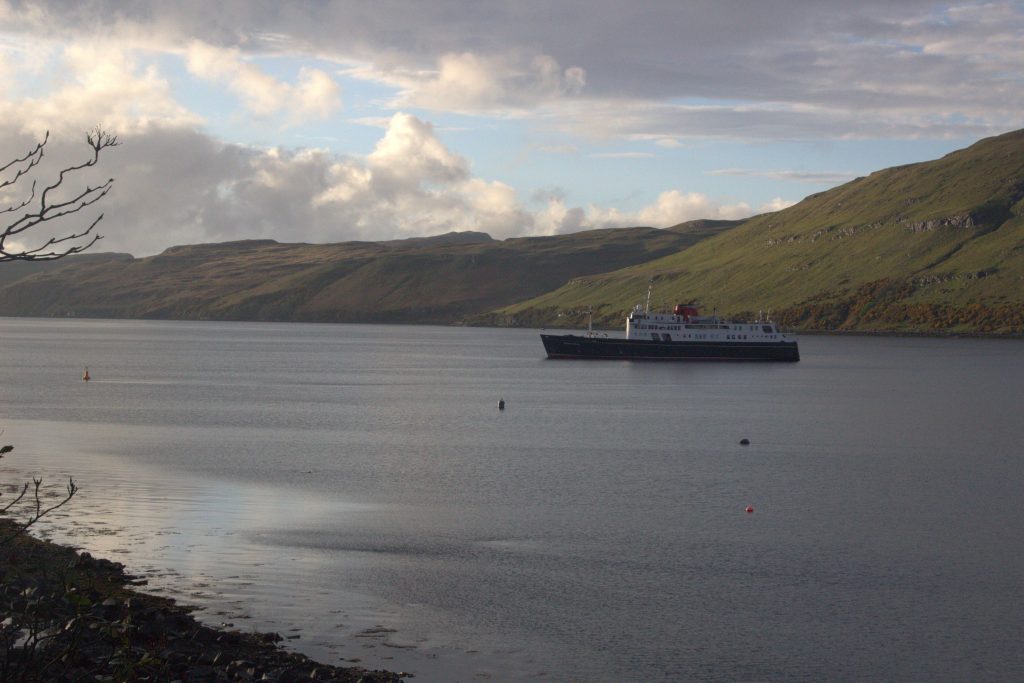 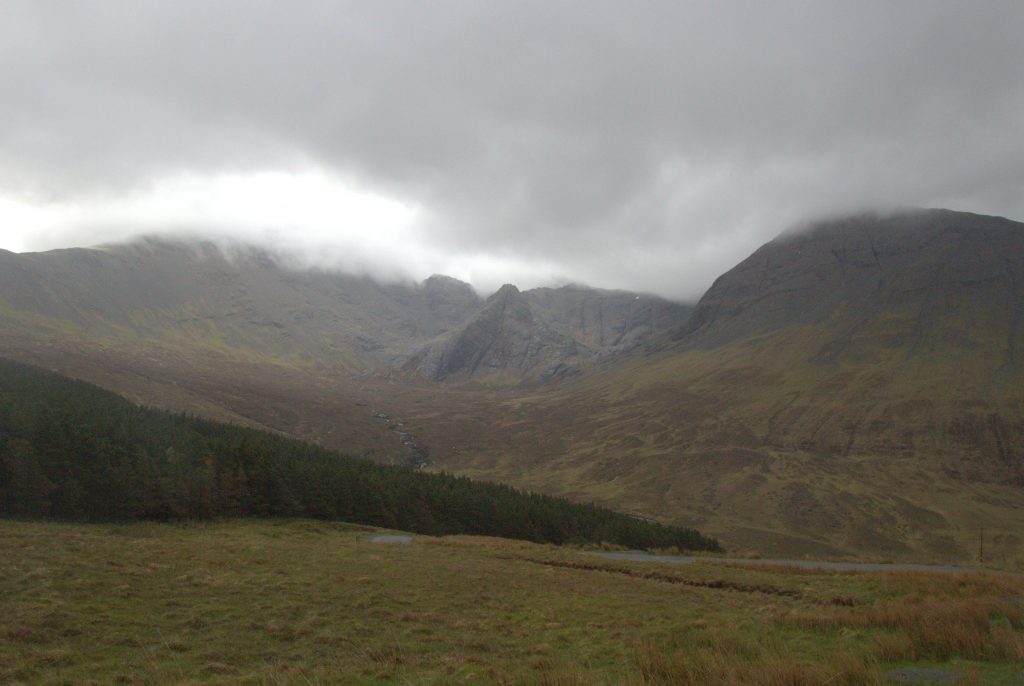 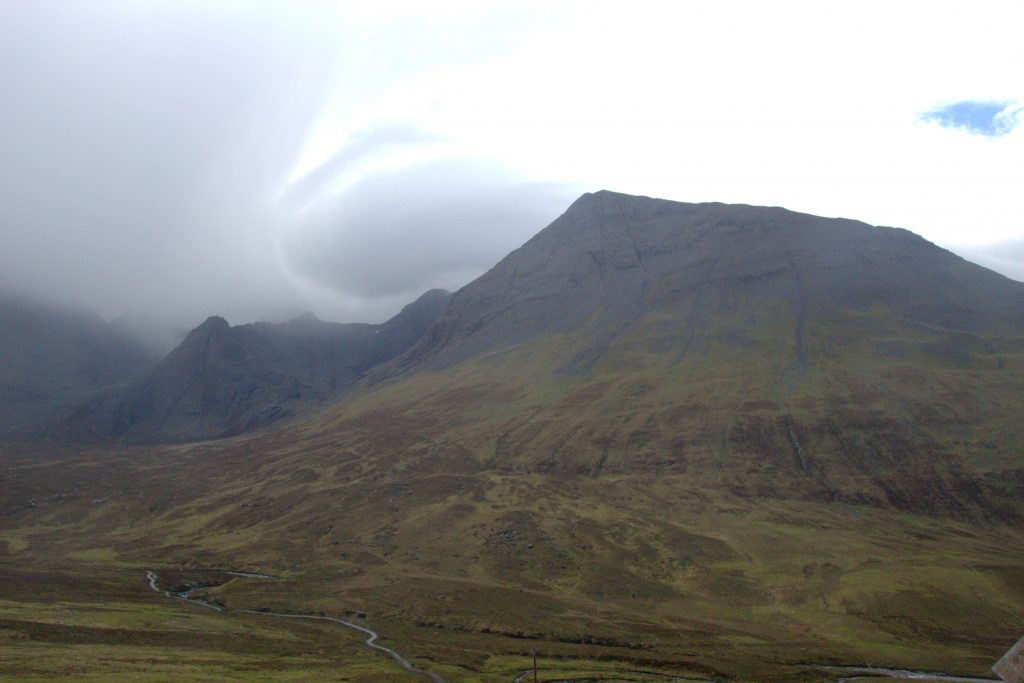 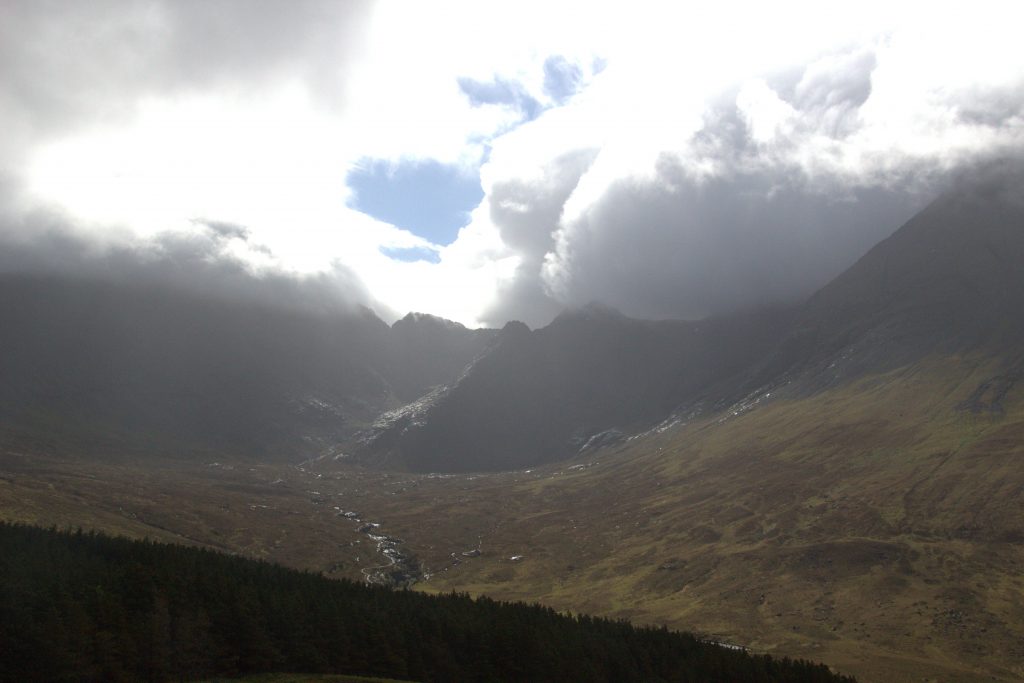 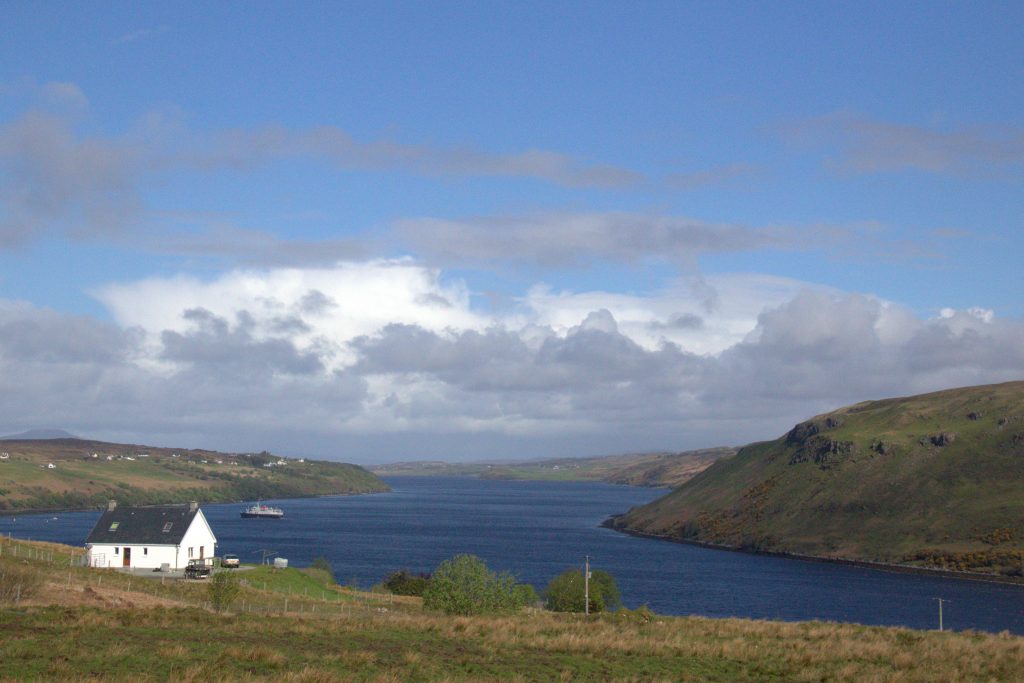 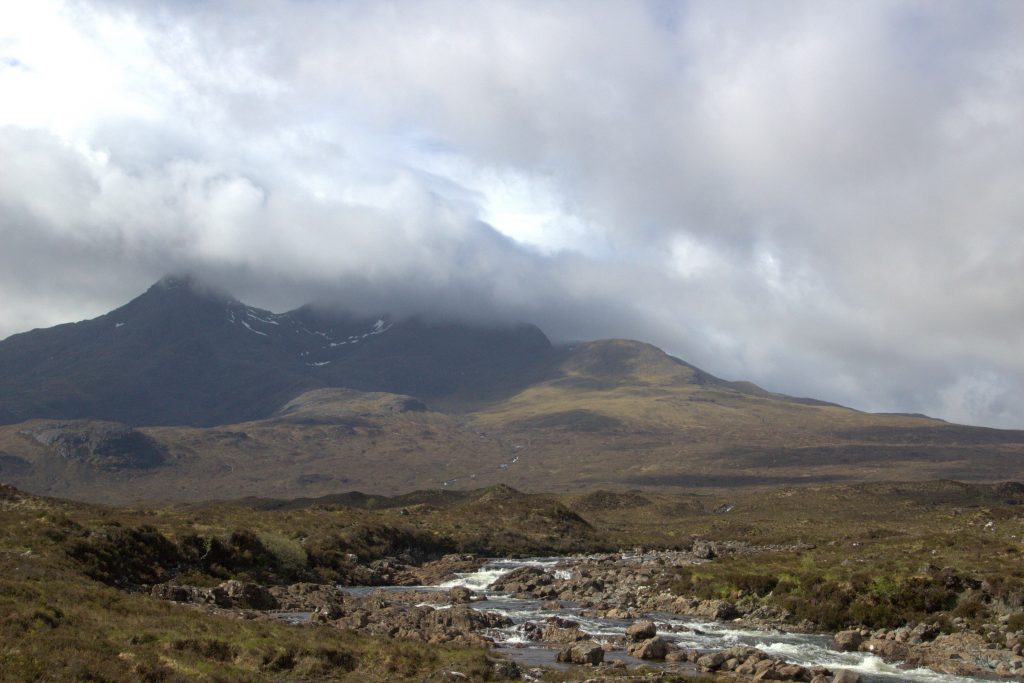 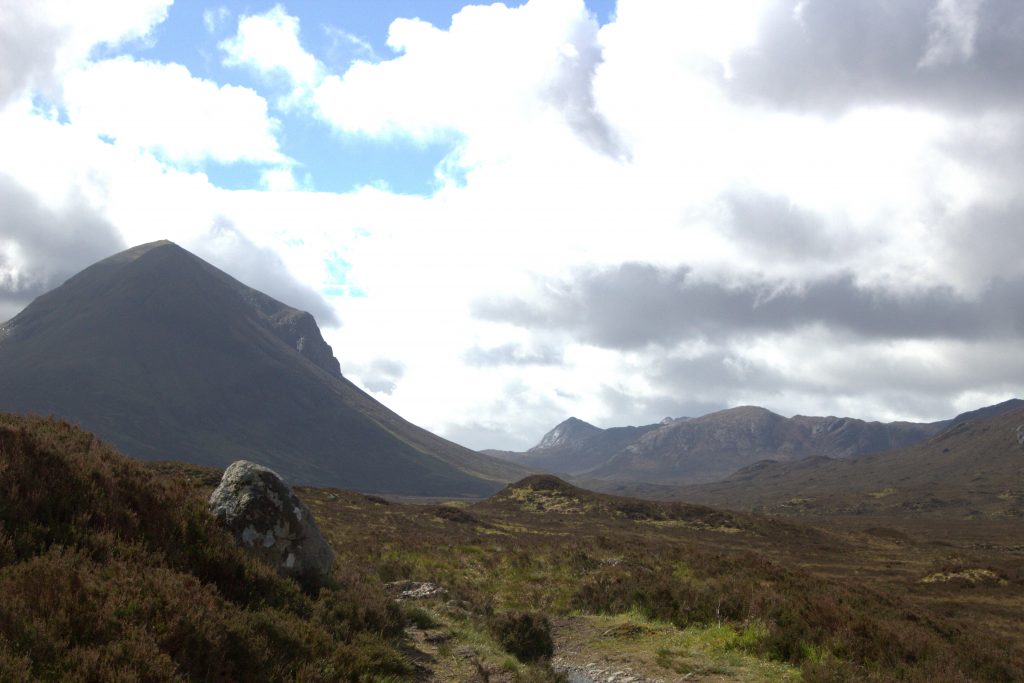 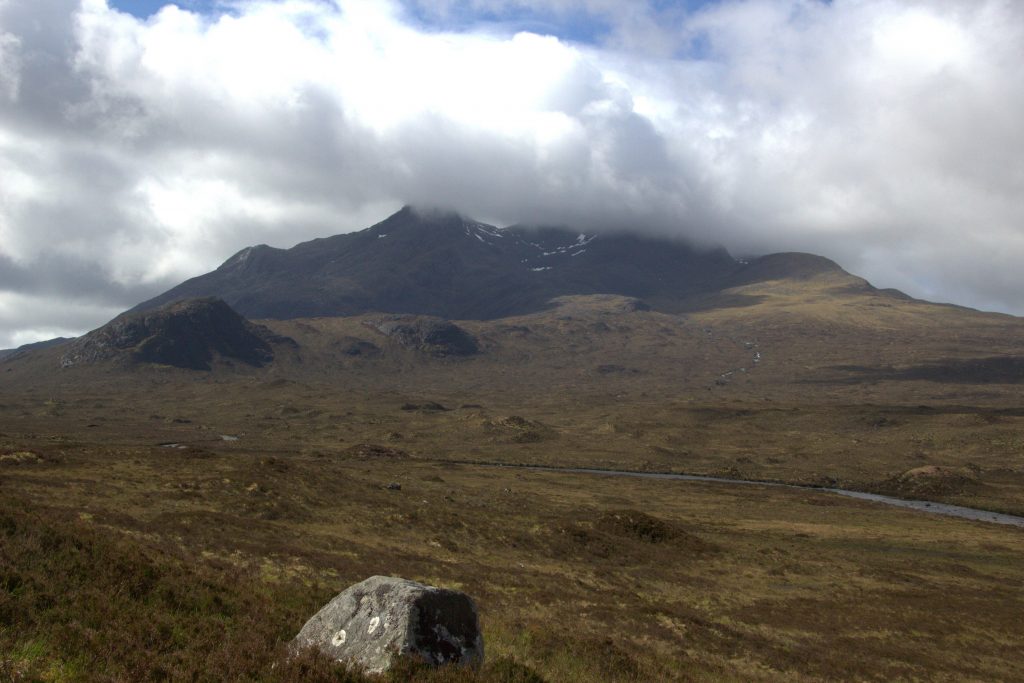 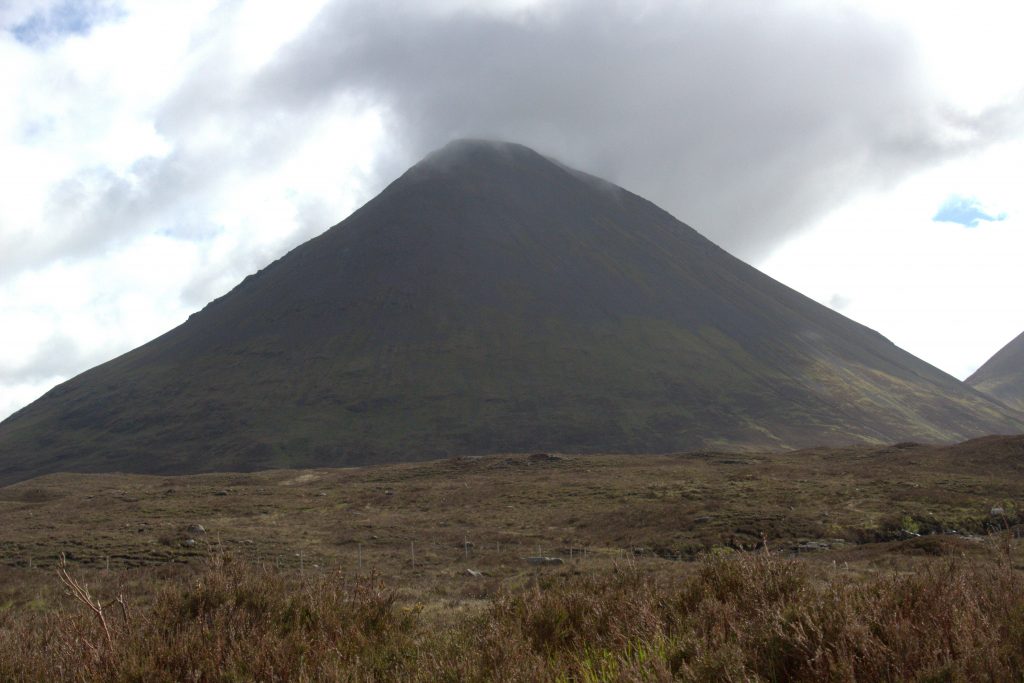 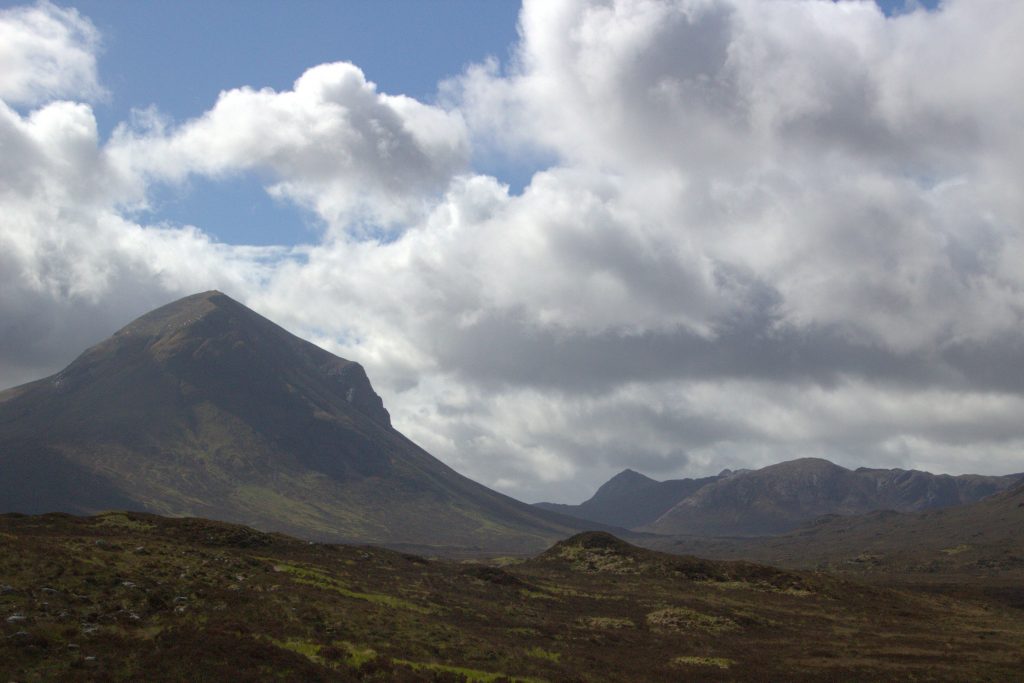 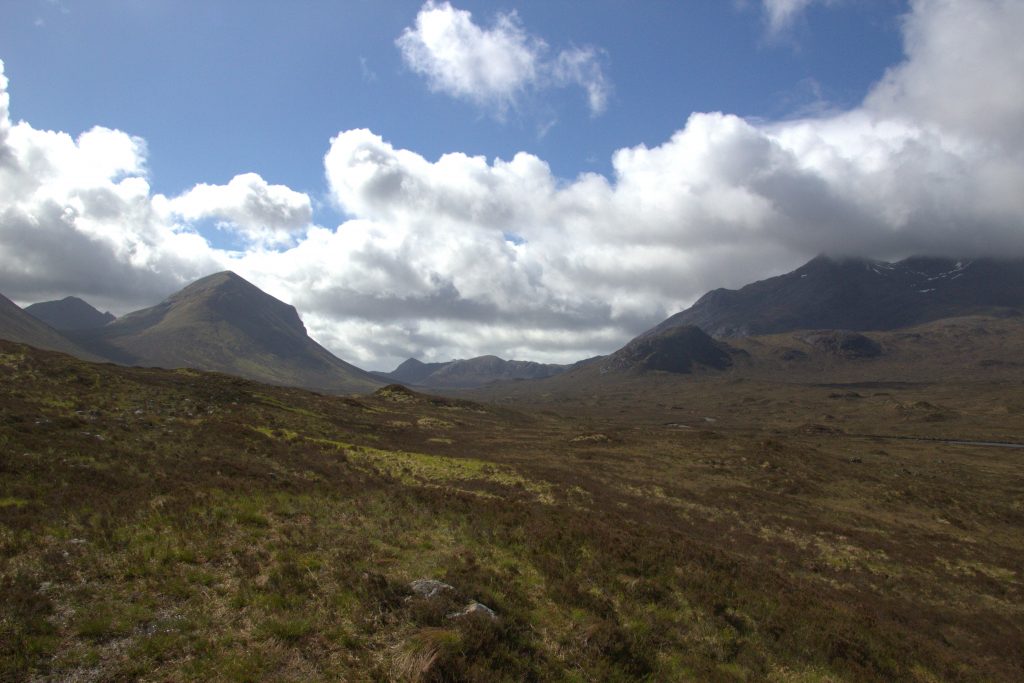 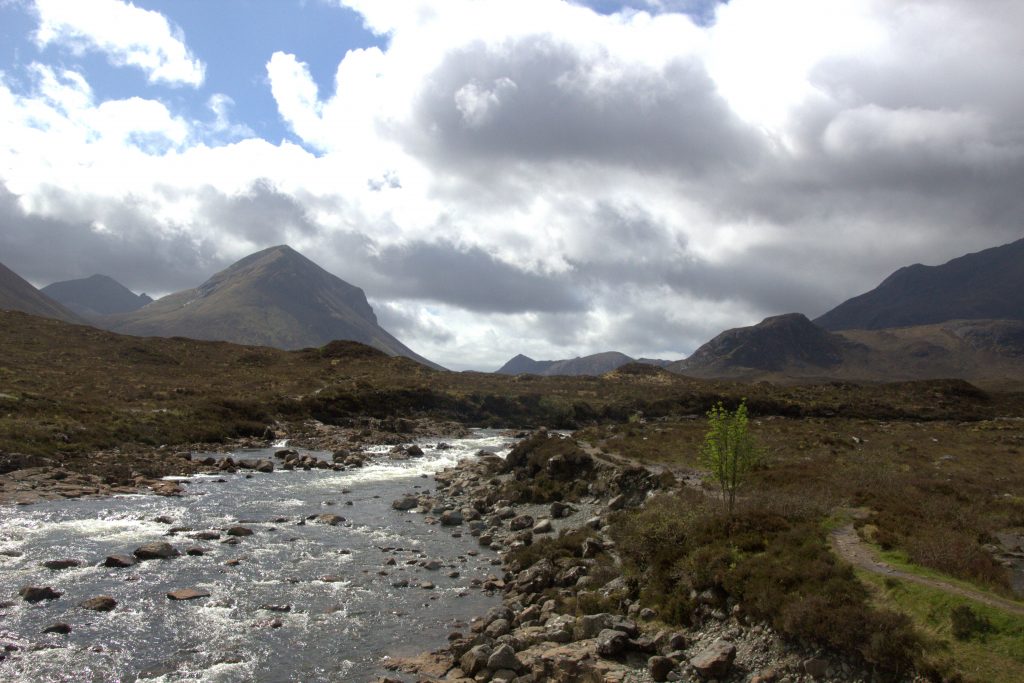 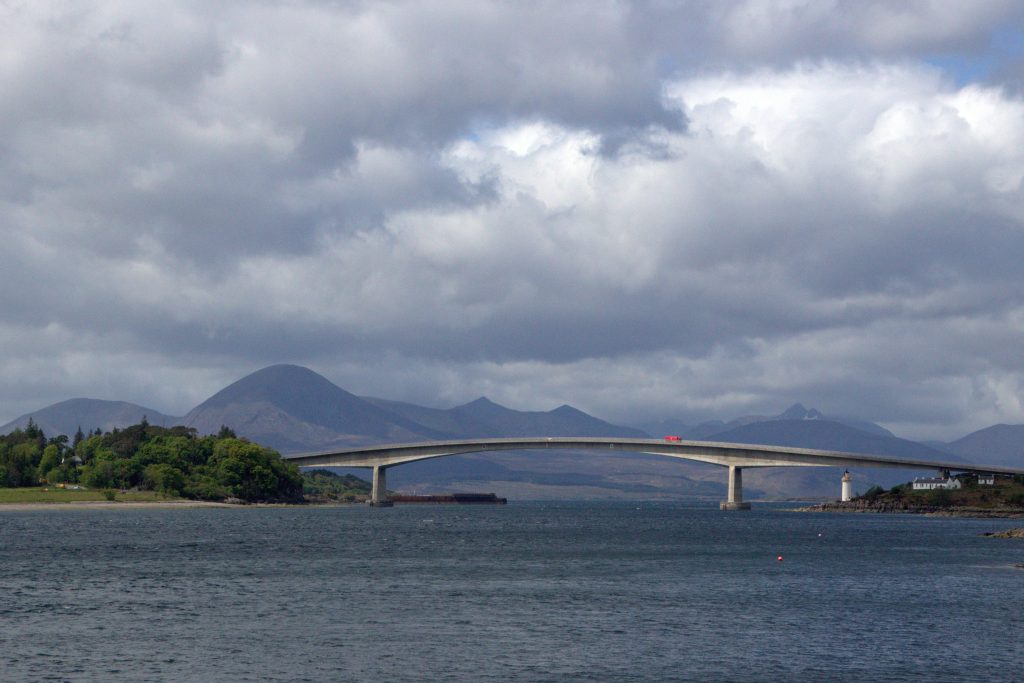 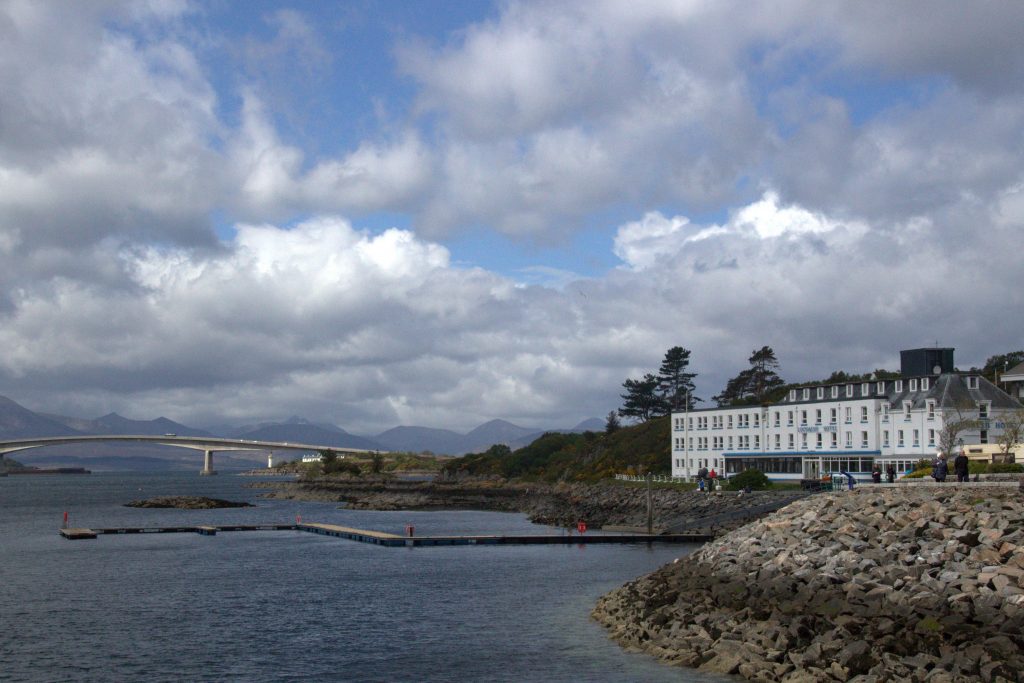 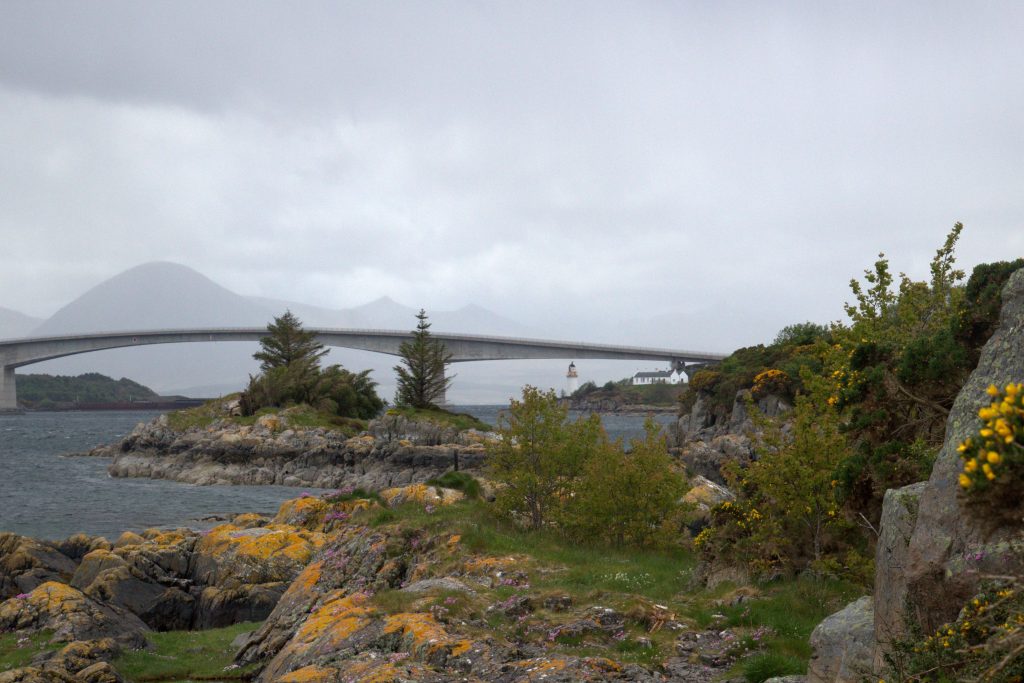