The Cuillens on Skye are some of the most difficult mountains to climb in Scotland. On May 27, I drove from Portree over a high pass on a single-lane road and down to Glenbrittle to climb up into a high basin called Coire Lagan. I parked just above a beach on a bay called Loch Glenbrittle. I could not see the tops of the mountains above me because there were covered with low clouds. It was a dark Scottish day as I climbed up into the moors. As I climbed up by a loch, the view down to the bay grew. I climbed up into the basin with high black walls above and a waterfall in the center of the basin. The trail continued up toward a small loch, becoming steeper and requiring some use of hands as I climbed through the rocks, but as I climbed into the clouds, the visibility became minimal and I decided to turn around. I returned on a loop trail past Loch an Fhir-bhallich and the tall Eas Mor waterfall. 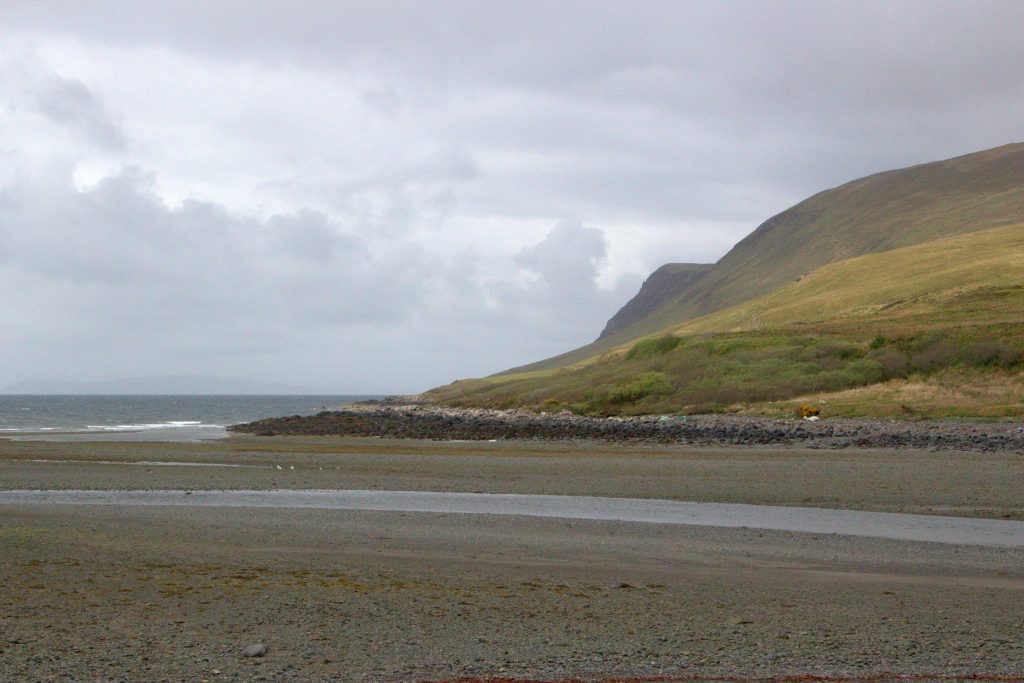 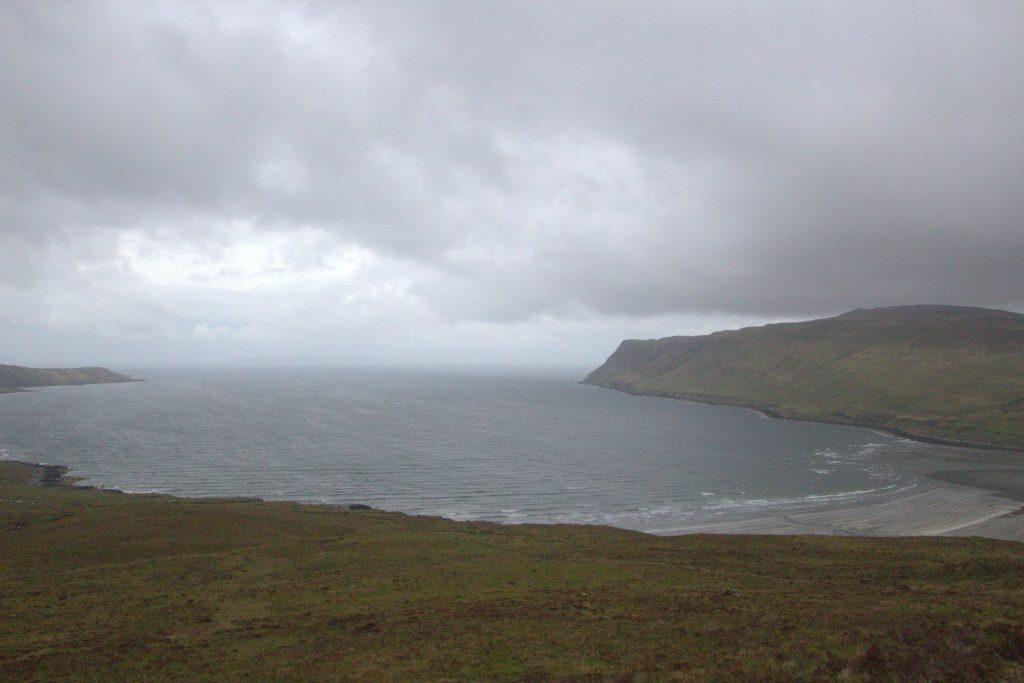 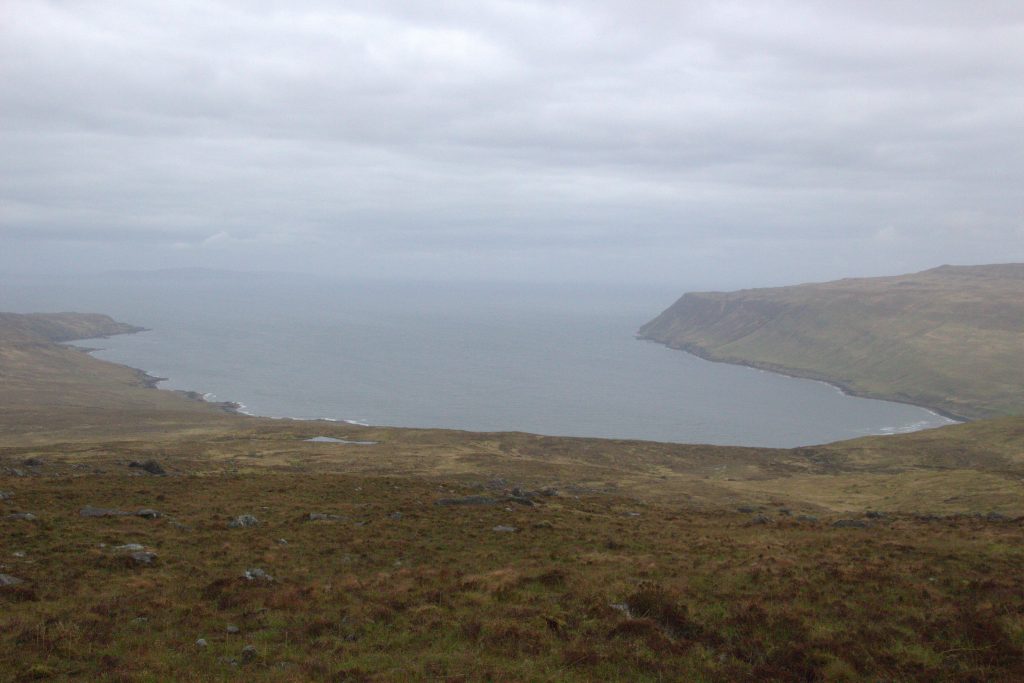 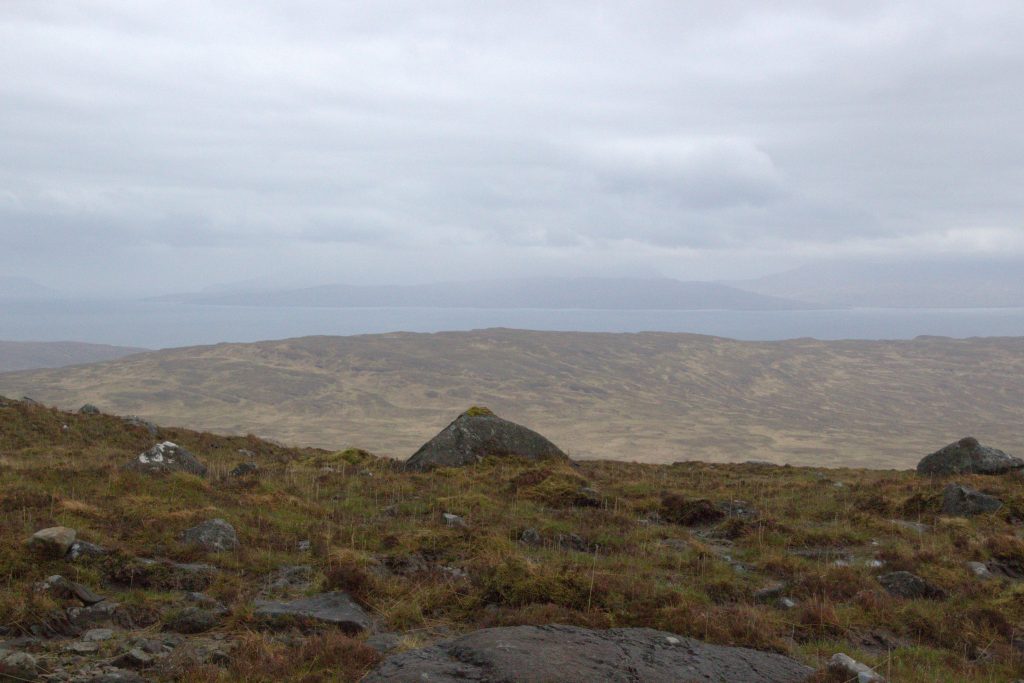 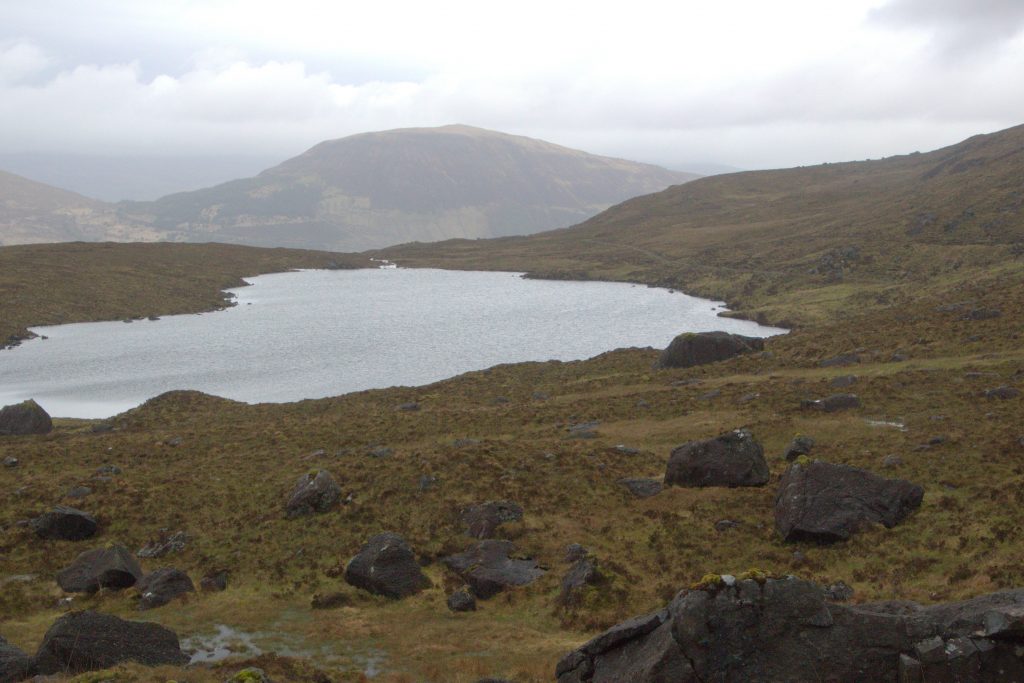 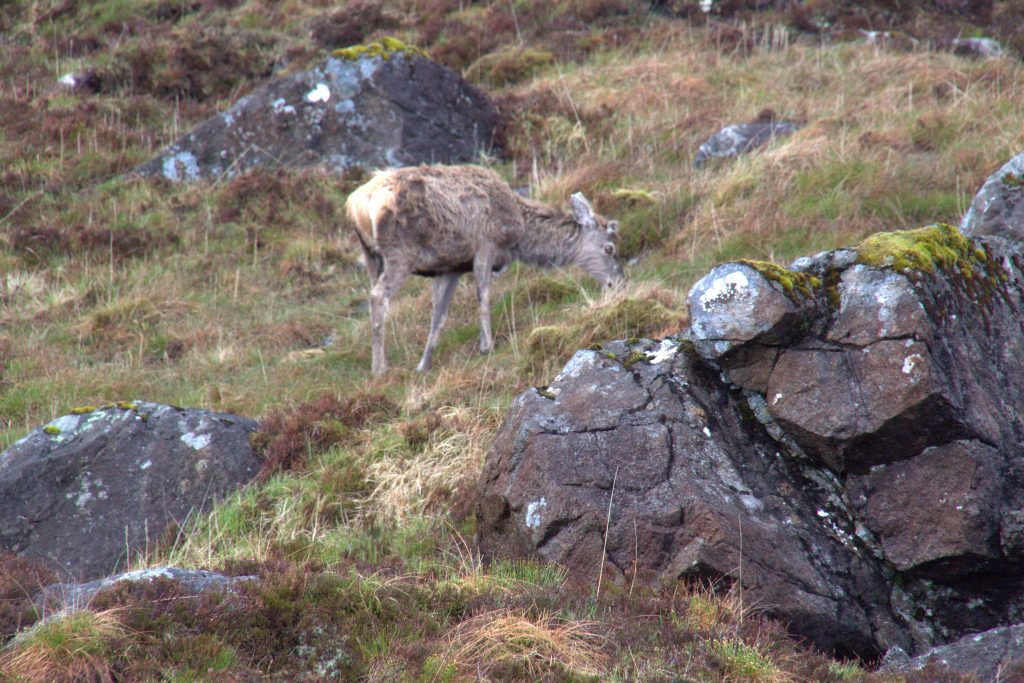 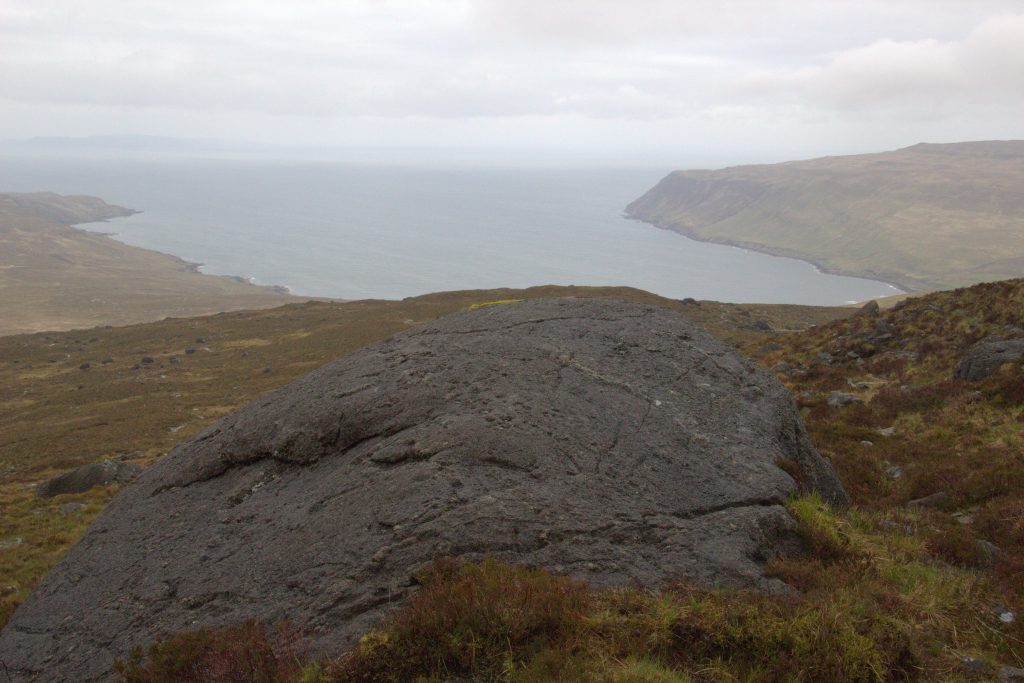 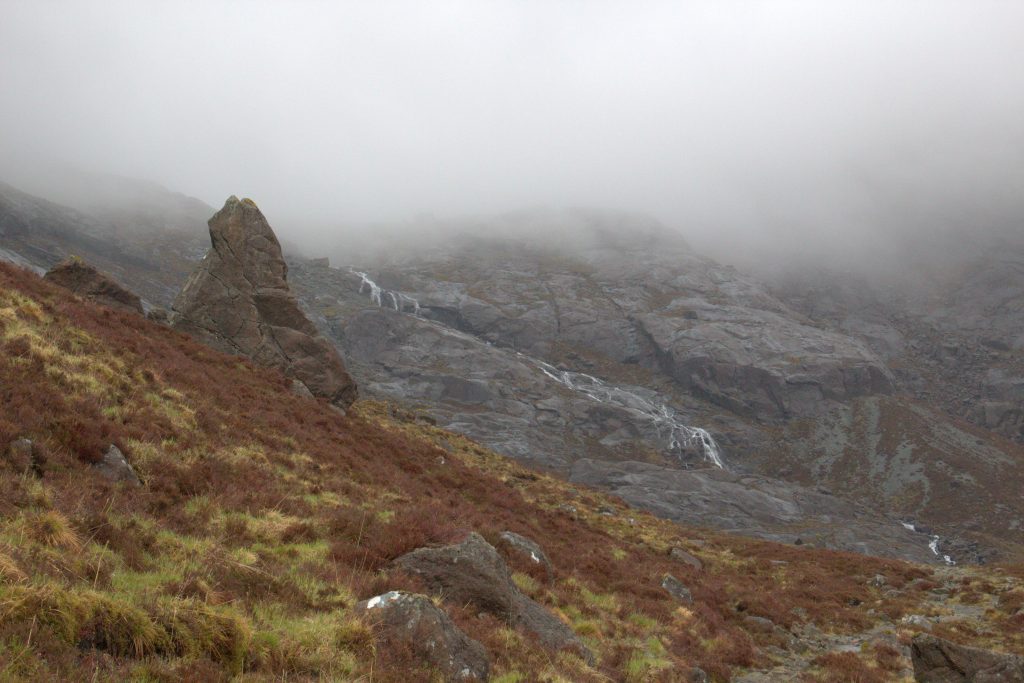 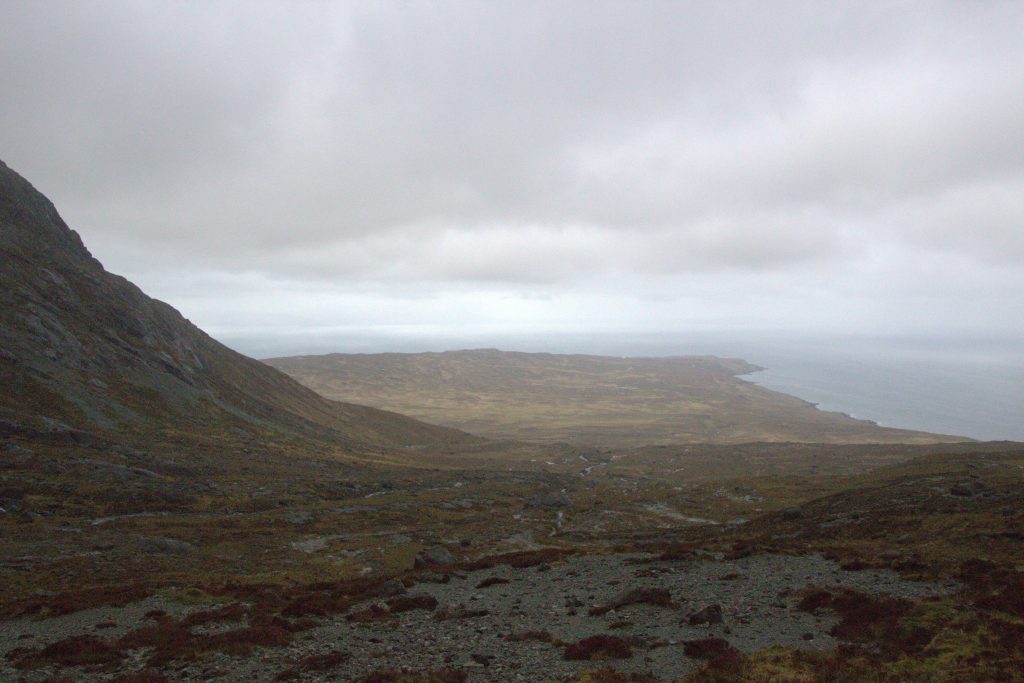 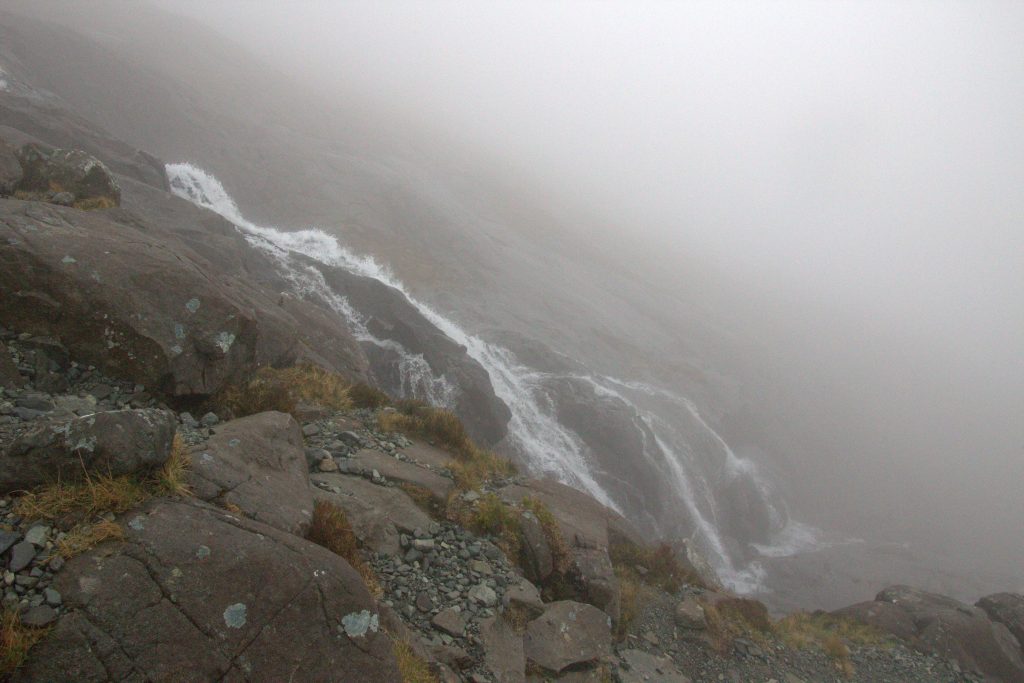 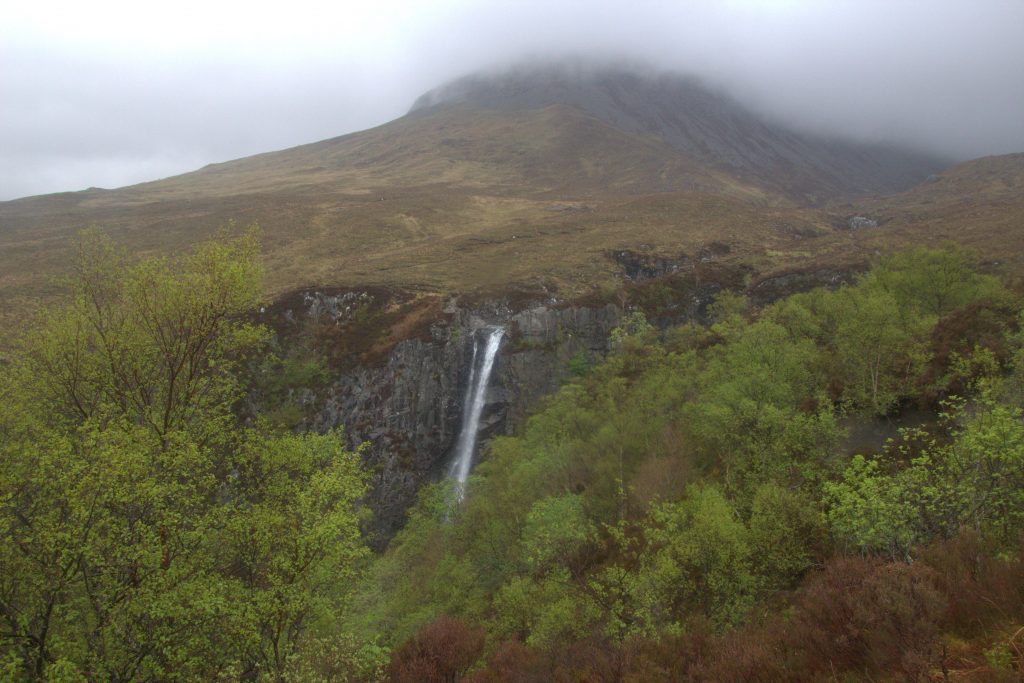 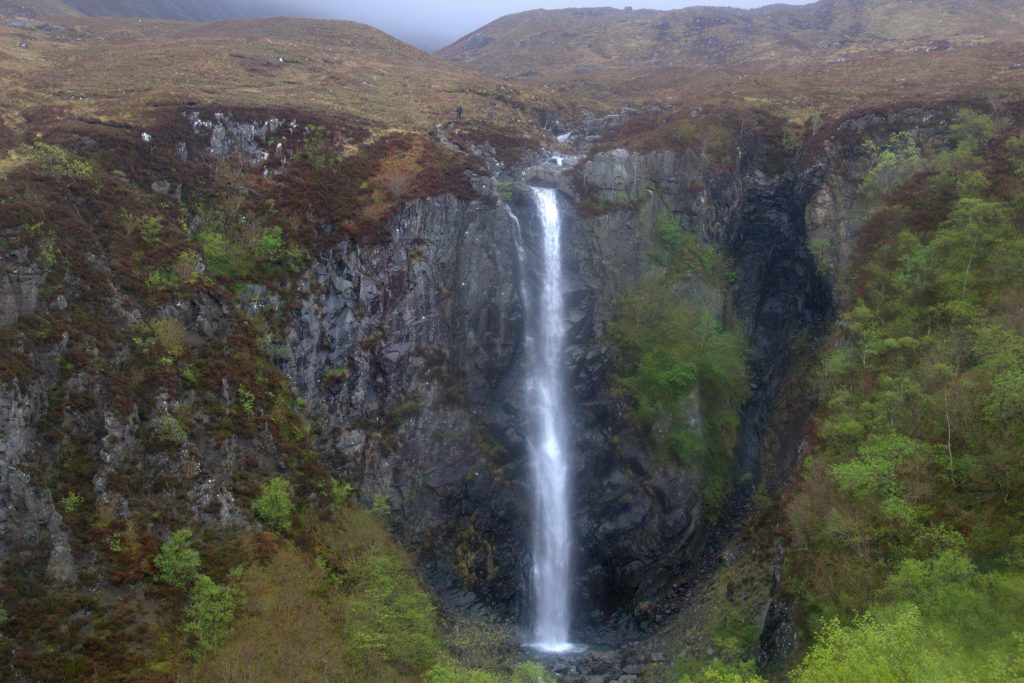