On May 26, I drove north from Portree, on a road that became single lane, to the Village of Staffin. There were turn-offs on the road and it was challenging watching for vehicles coming the other direction to be sure to move off the road when there was a turn-off on my side. North of the town, I turned west up the single-lane dirt road to the pass on the Trotternish Ridge, which runs the length of the peninsula at the northern end of Skye. From the pass, I began hiking on a trail through the twisted landscape of the Quiraing. It was very windy and cold when I started, but as I hiked around the curve in the ridge, the wind died down. The trail was level, following a contour several hundred feet below the top of the ridge. The Quiraing is large landslip where the hard volcanic layer of rock on top has slipped off the softer sedimentary rock underneath. The gnarled landscape was covered in deeply green grass with long-distance views out to the Sound of Raasay and the various islands. On the trail, I spotted the large rock formation call the Prison and another called the Needle. Looking for a rock formation called the Table, I climbed steeply up a rough side trail into the dark rock formations above the main trail. The muddy trail led into an area partially enclosed by the dark walls of stone. There were gaps in the wall with views to the sea. I explored this large area with its ups and downs, and eventually found the large flat table covered with grass. Finding the trail back down was difficult, but after some wrong turns, I descended to the main trail. As I travel on along the main trail there were sheep scattered on the slopes, and I stopped by an old stone wall for lunch, using the wall as protection from the wind. 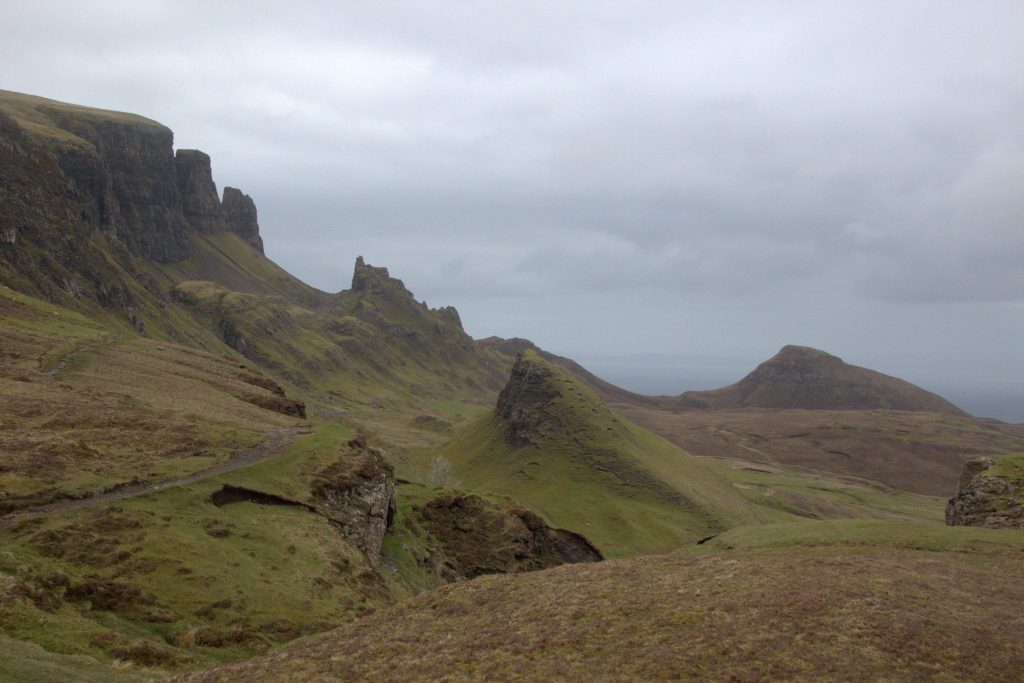 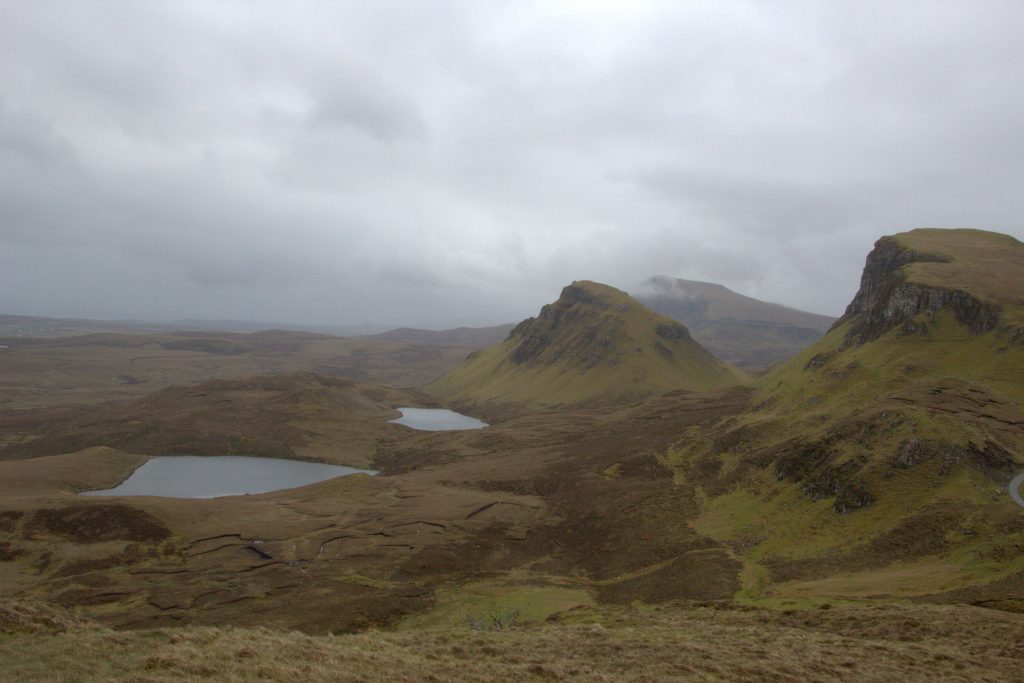 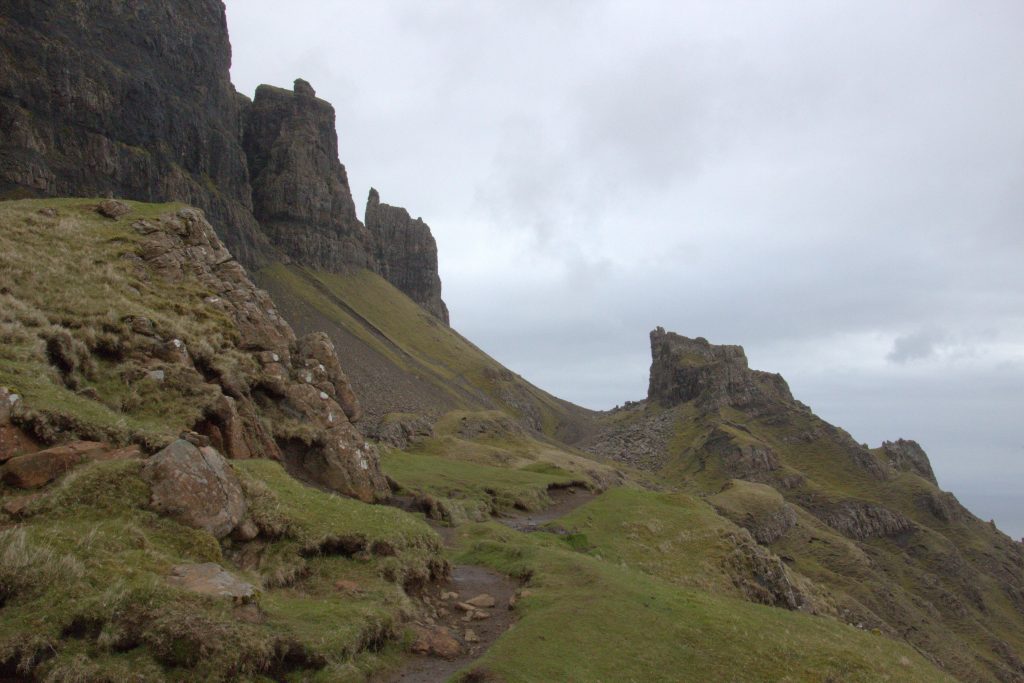 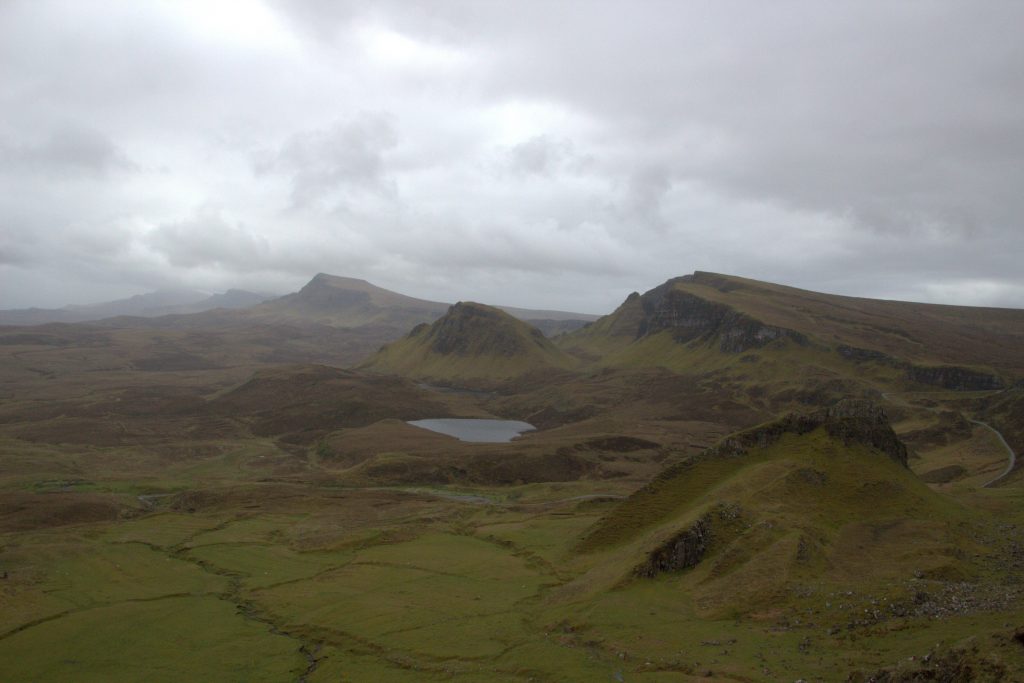 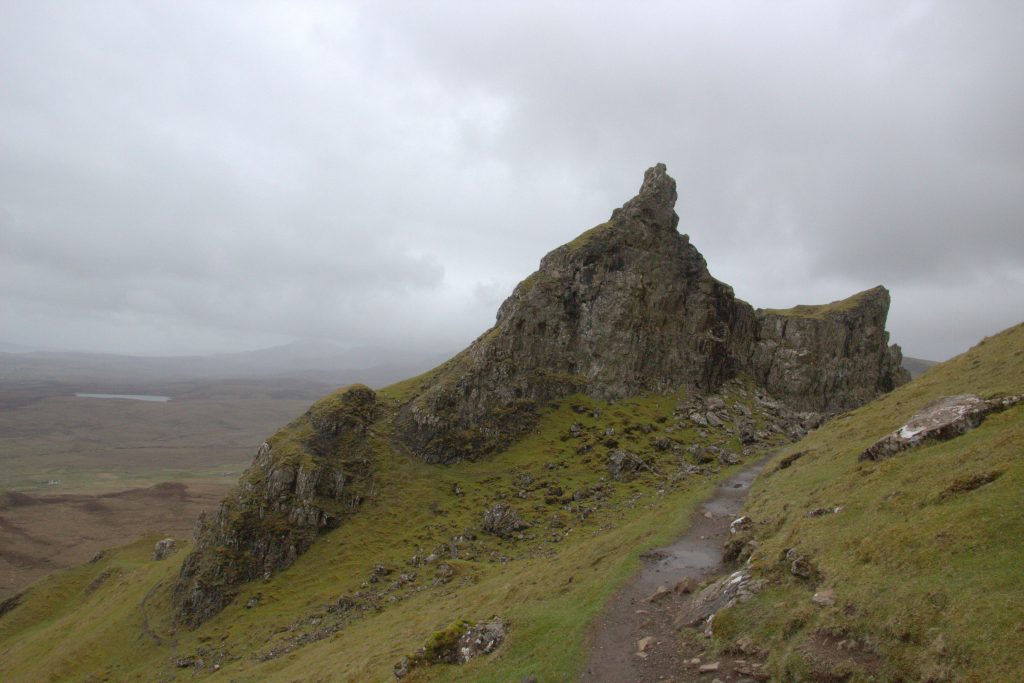 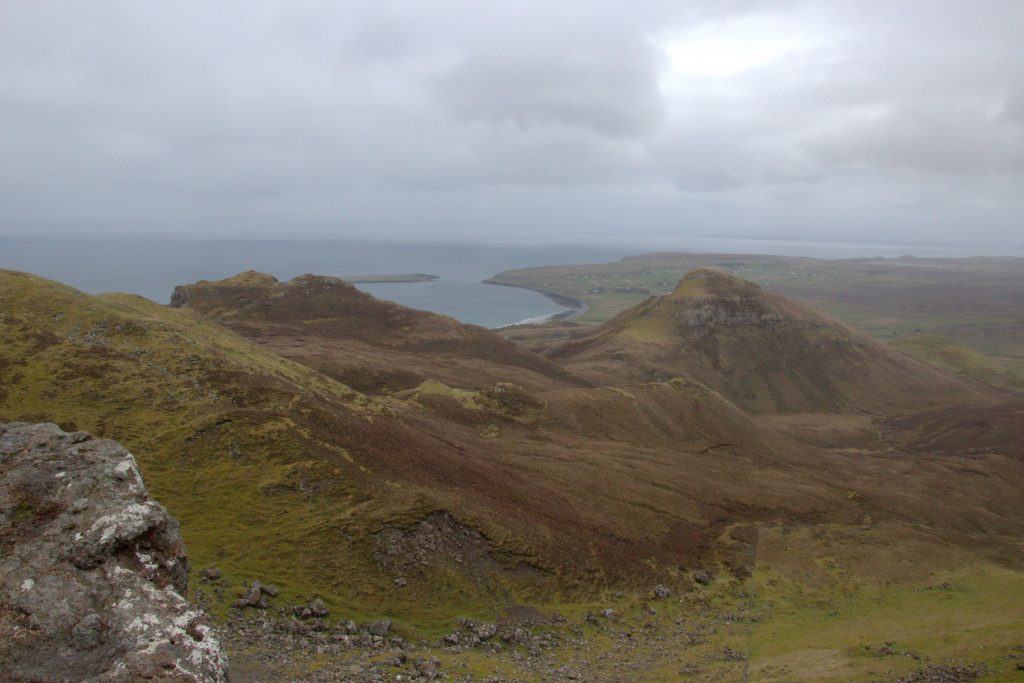 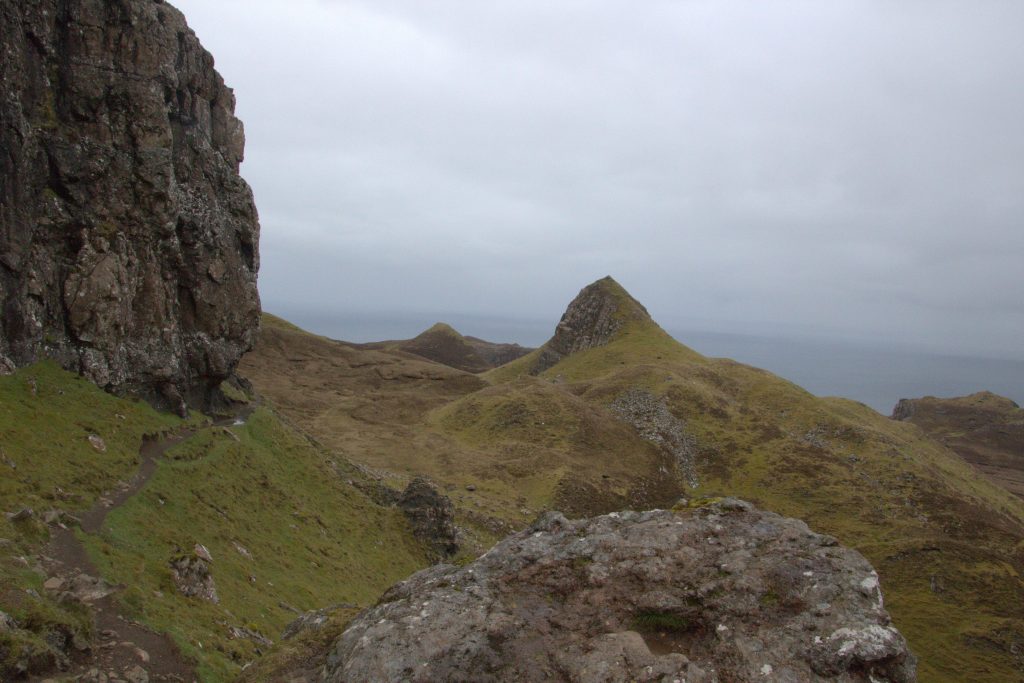 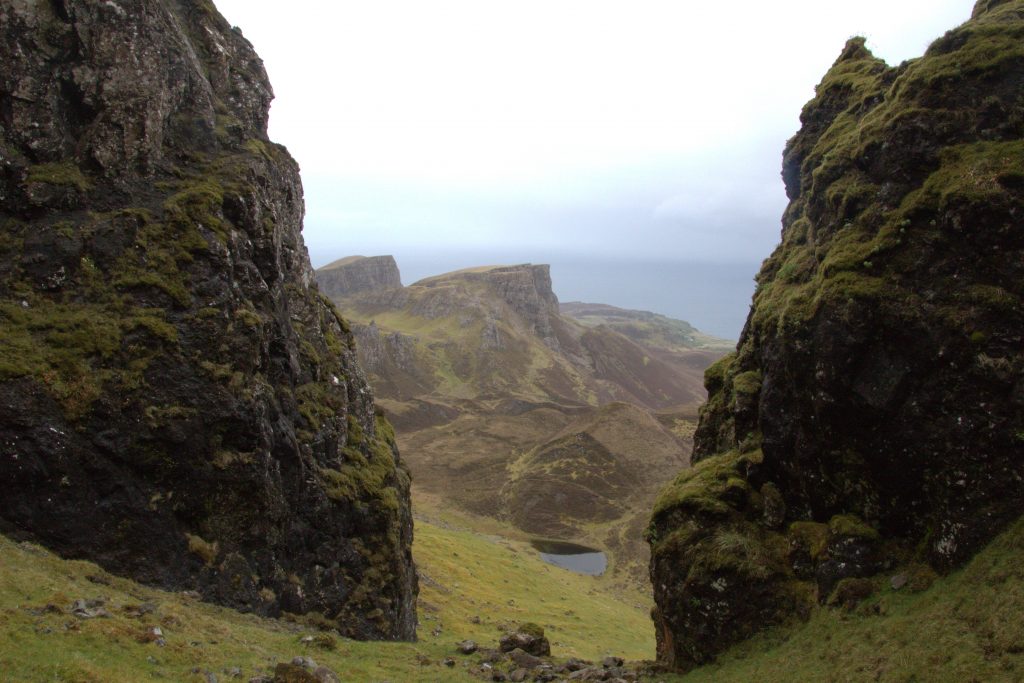 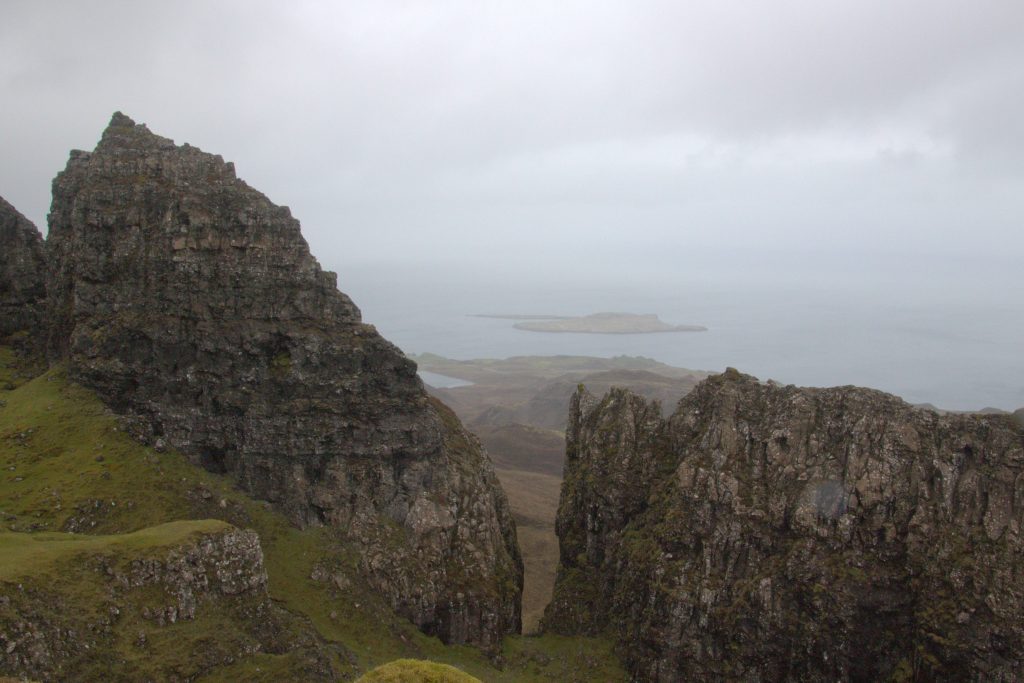 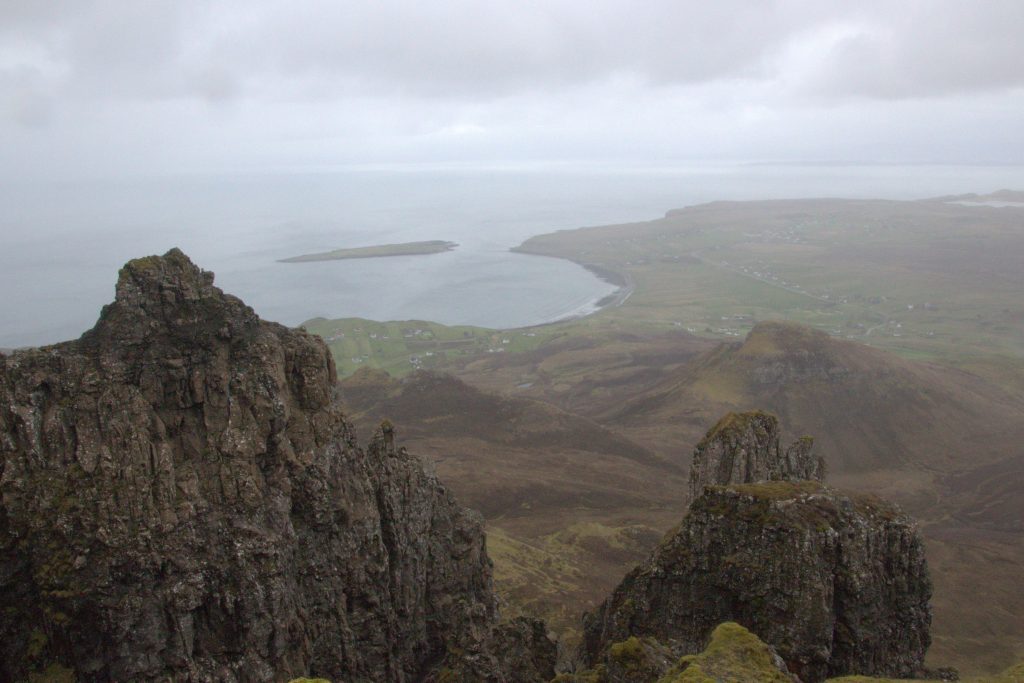 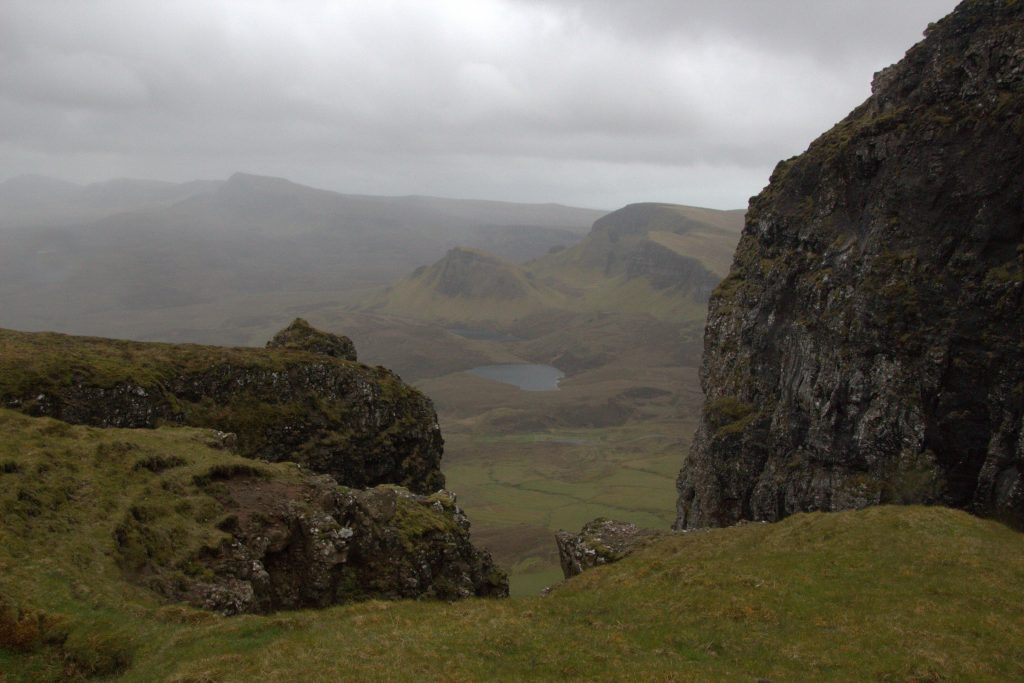 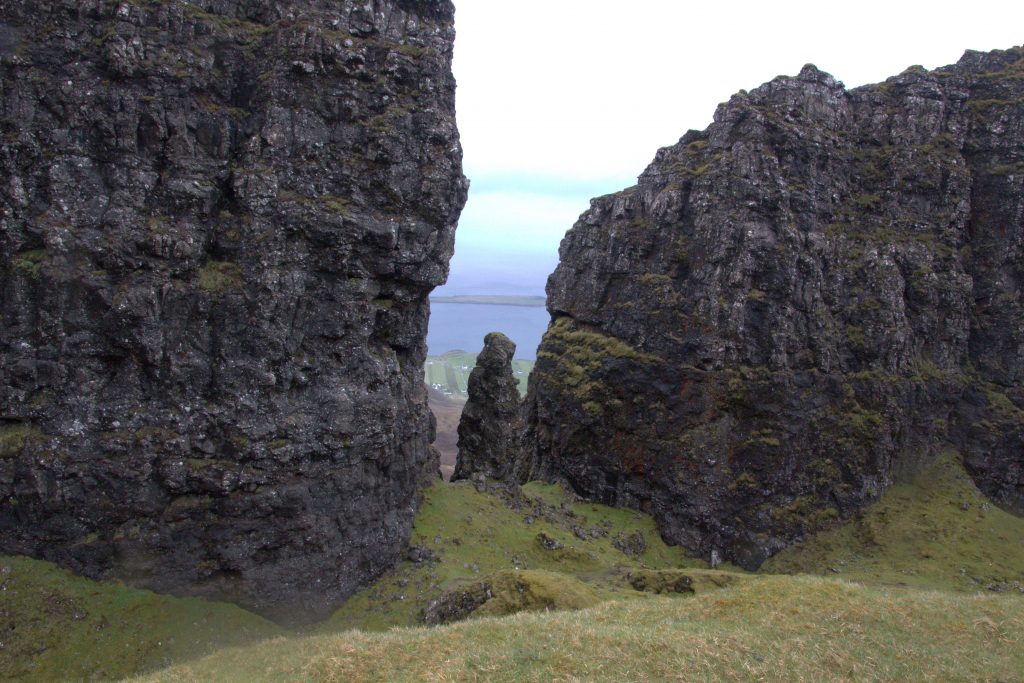 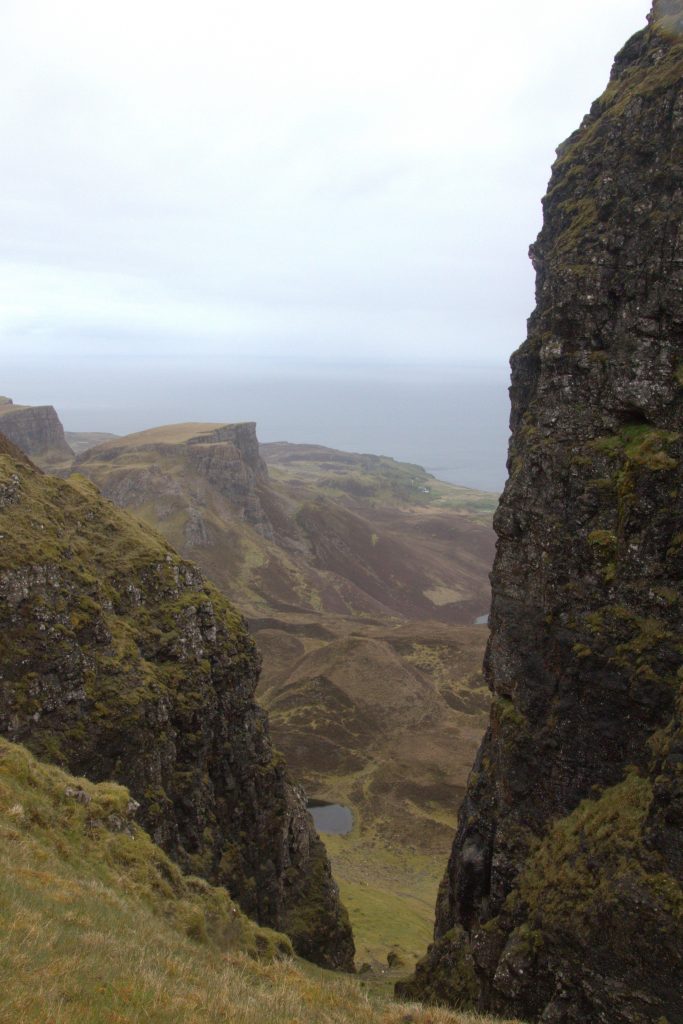 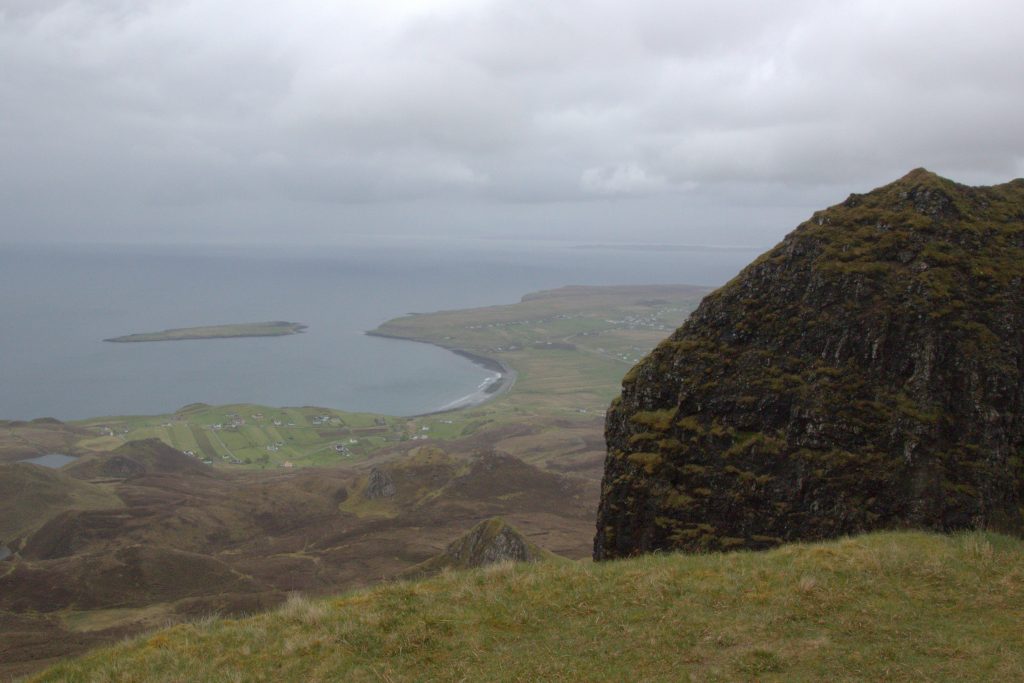 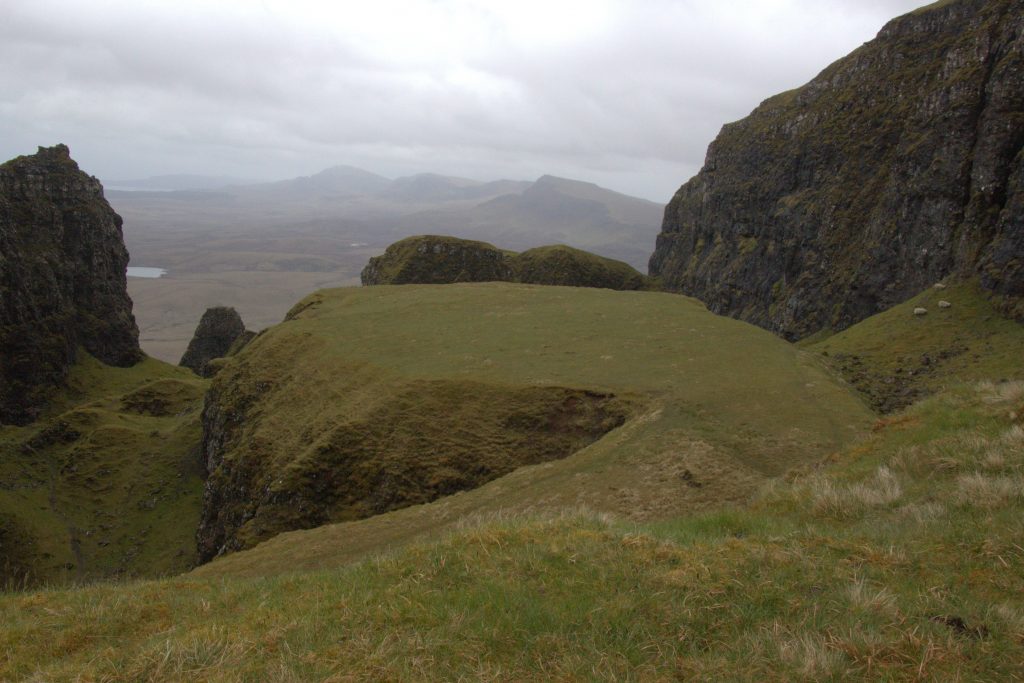 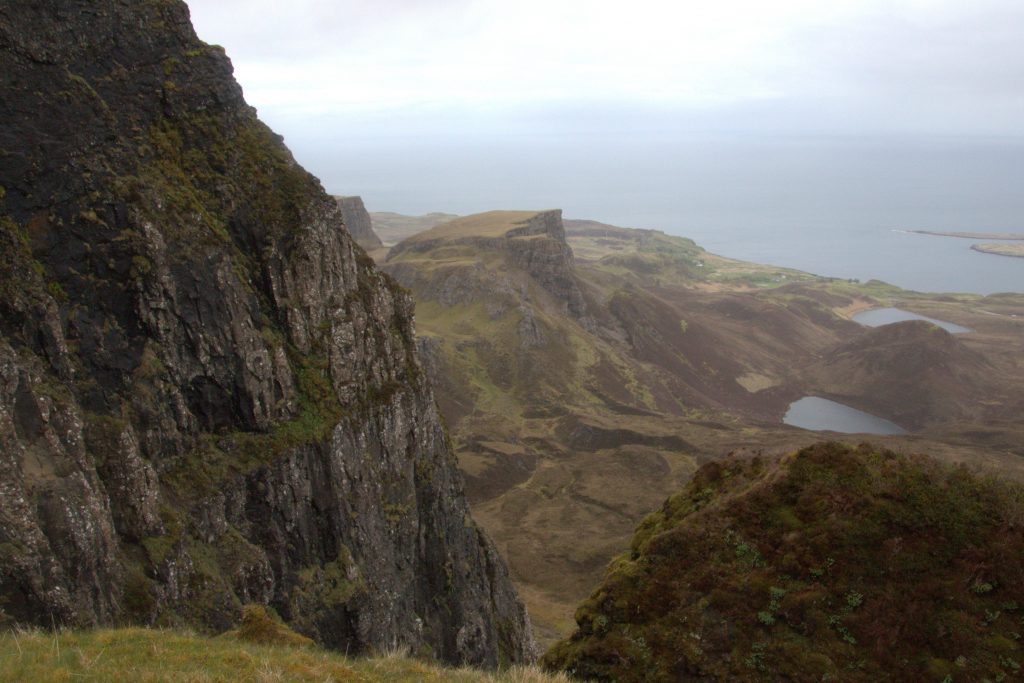 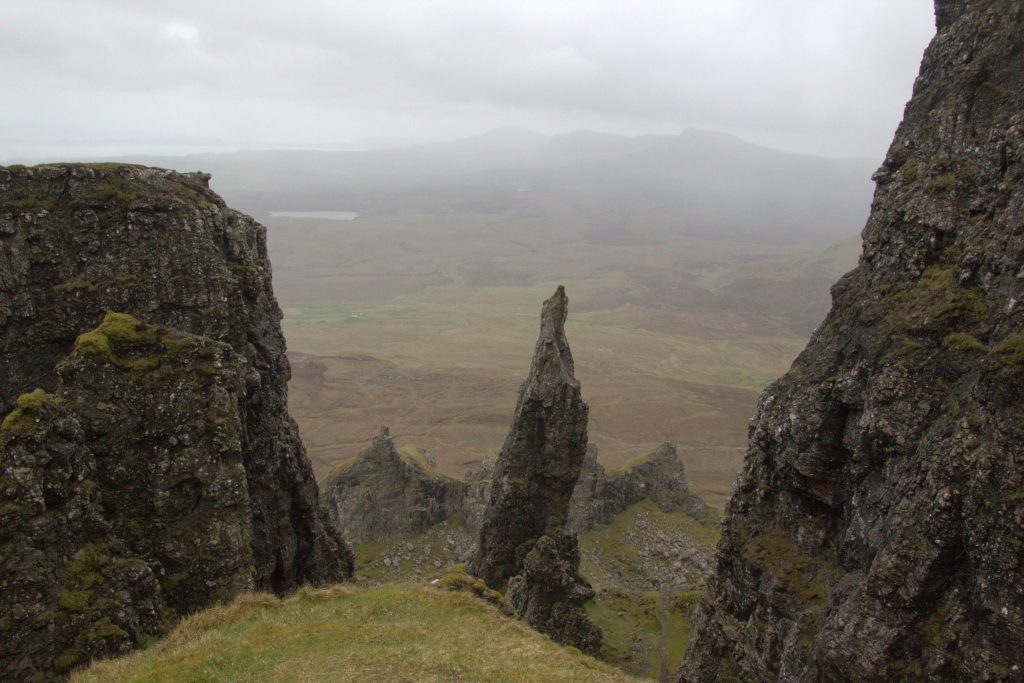 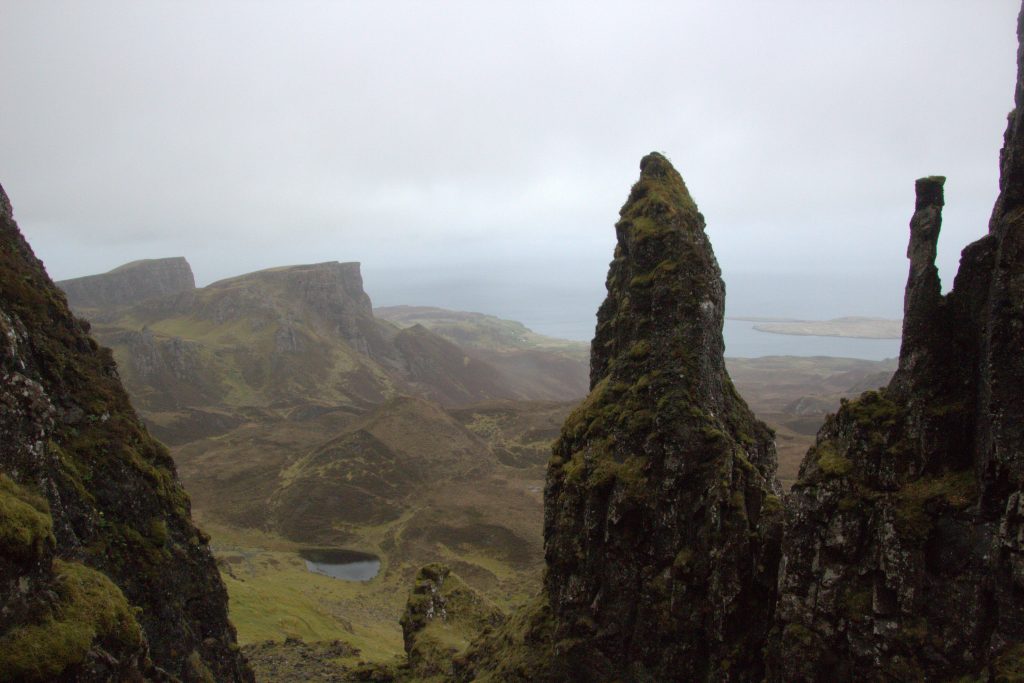 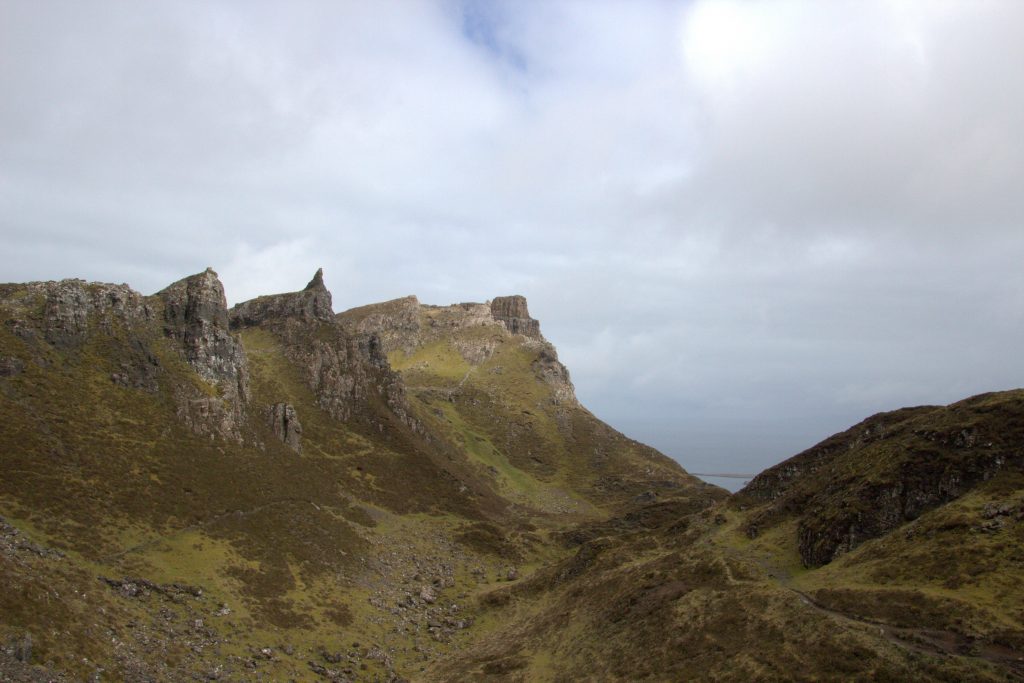 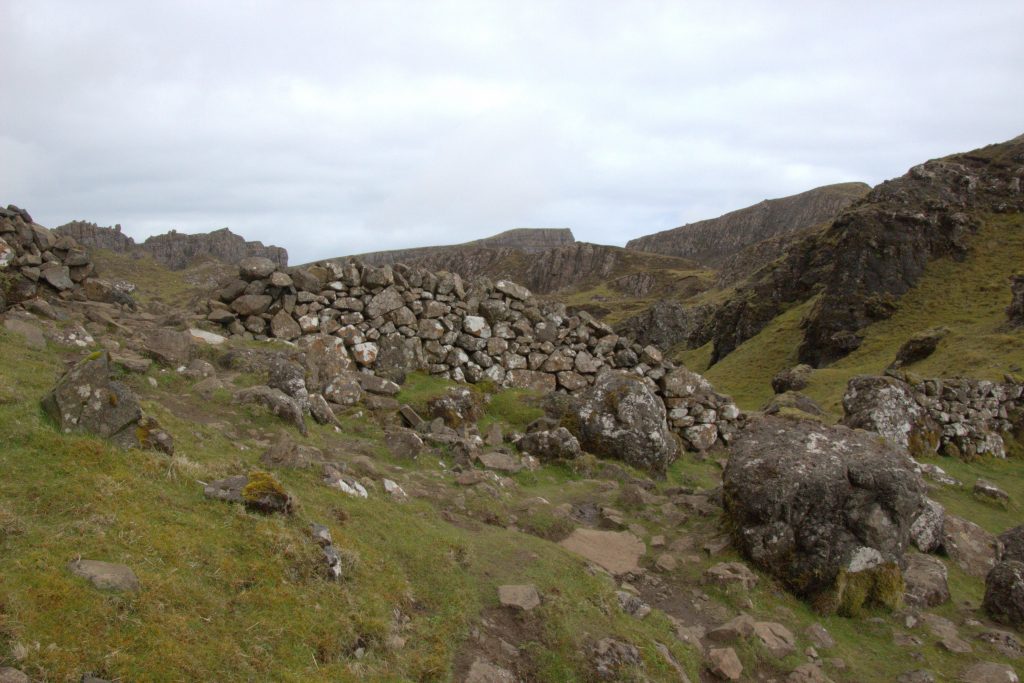 I continued on to a intersection with a trail that climbed back up to the top of the ridge above the rock formations and the high cliffs. I climbed through the open grasslands to a high point where I could see the coastine on the other side of the island. The trail followed the top of the cliffs where I could see down to the rock formations that I had explored below. The trail turned back toward the pass down the grassy hillside, and the trail became very muddy as I descended. The sun shone briefly illuminating the ridge on the other side of the pass. Because of the landscape, rock formations and sweeping views to the sea, the Quiraing is certainly one of the great day hikes in the world. 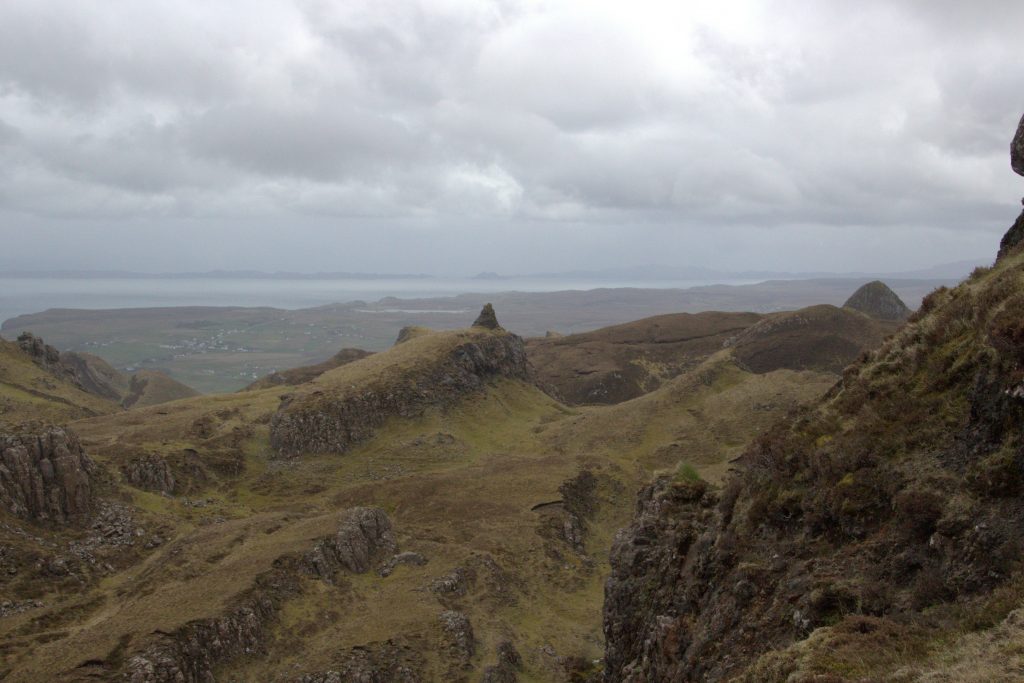 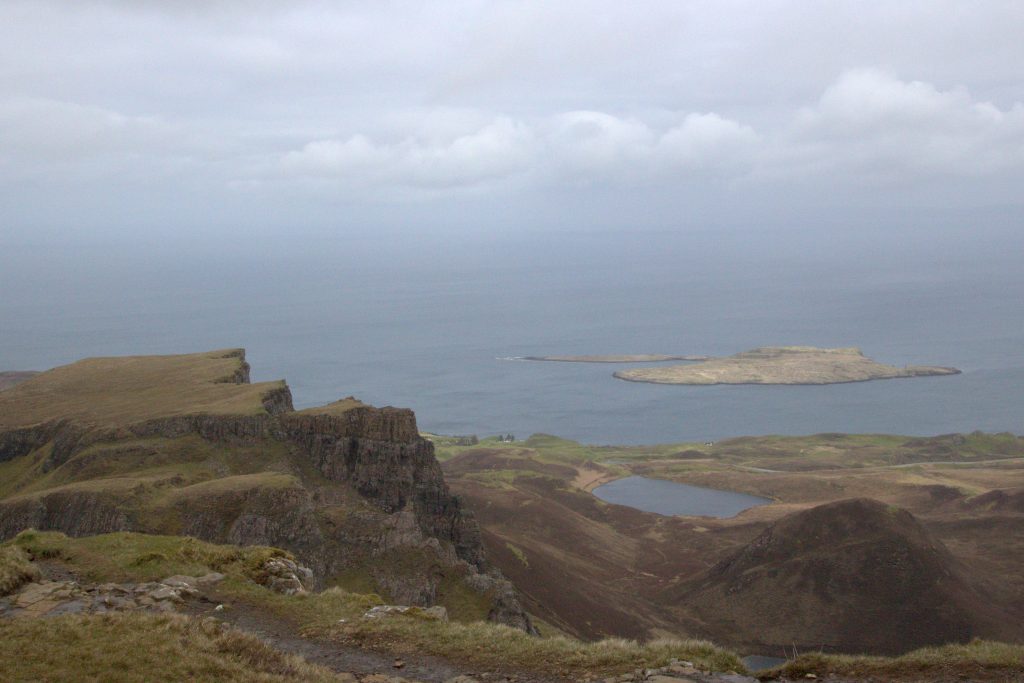 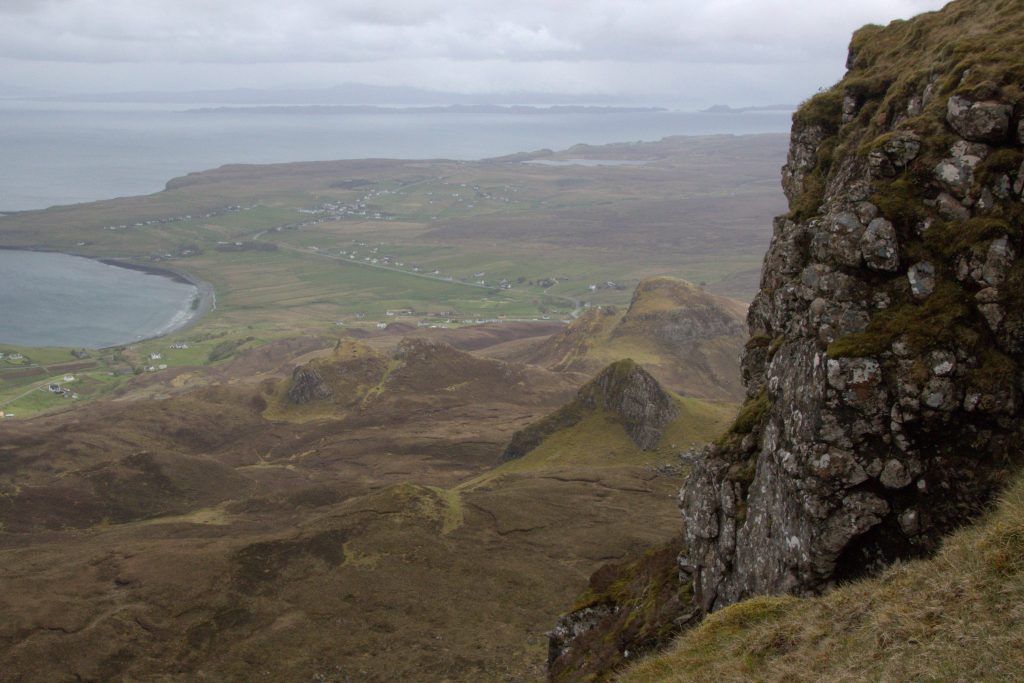 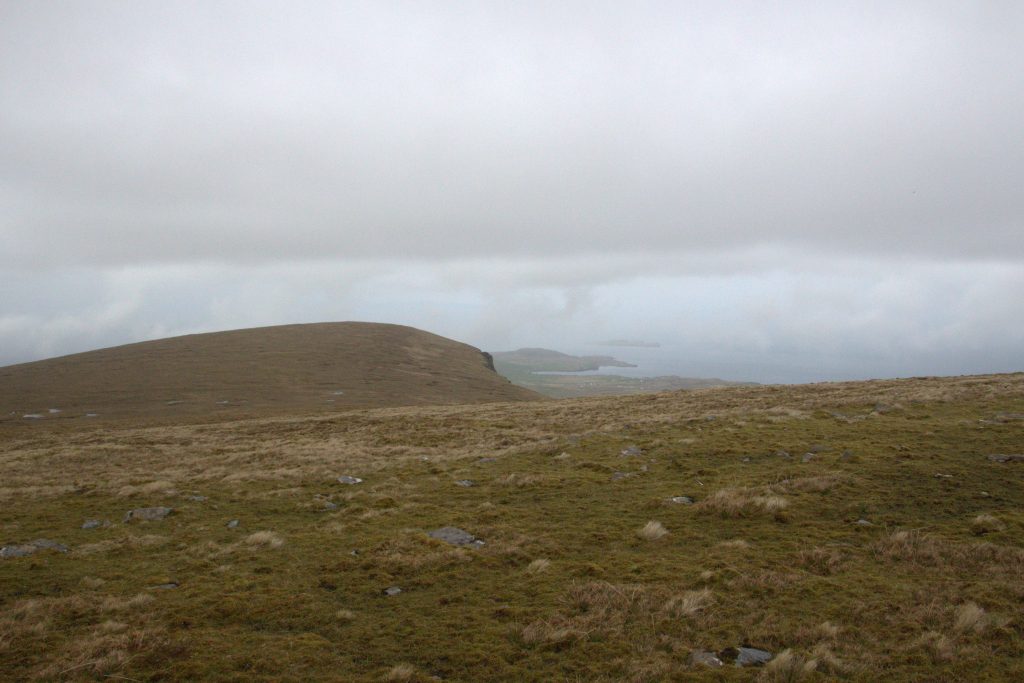 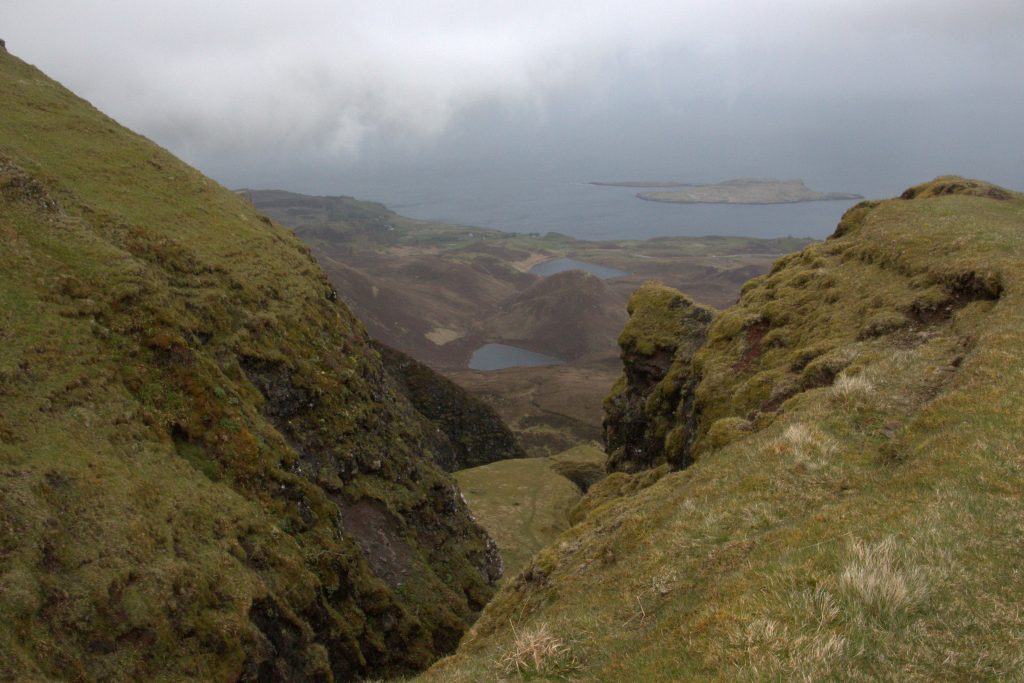 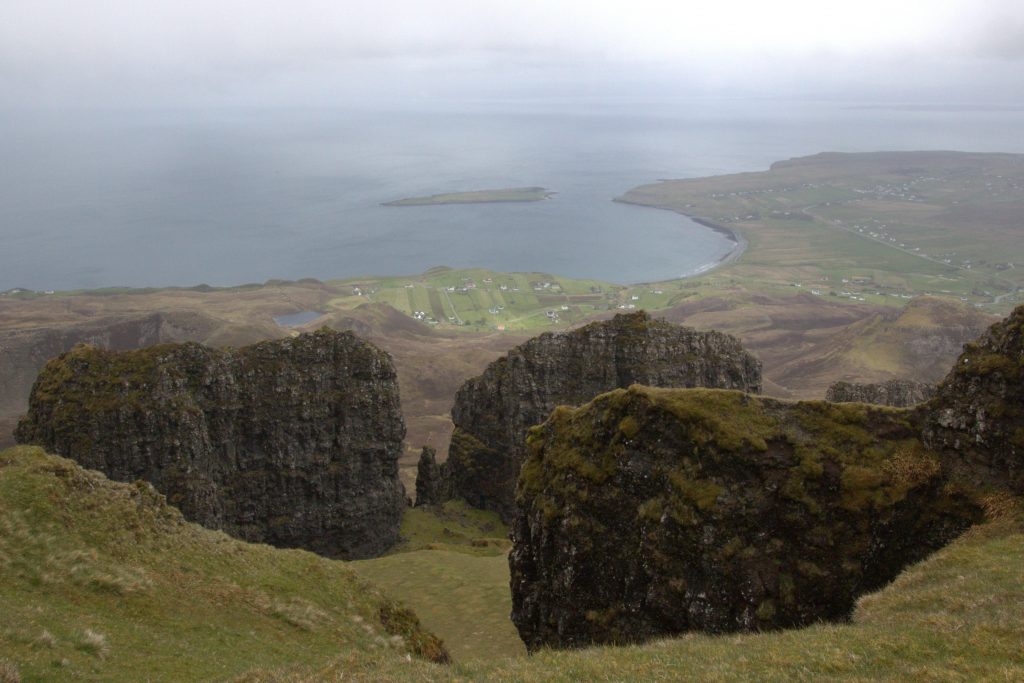 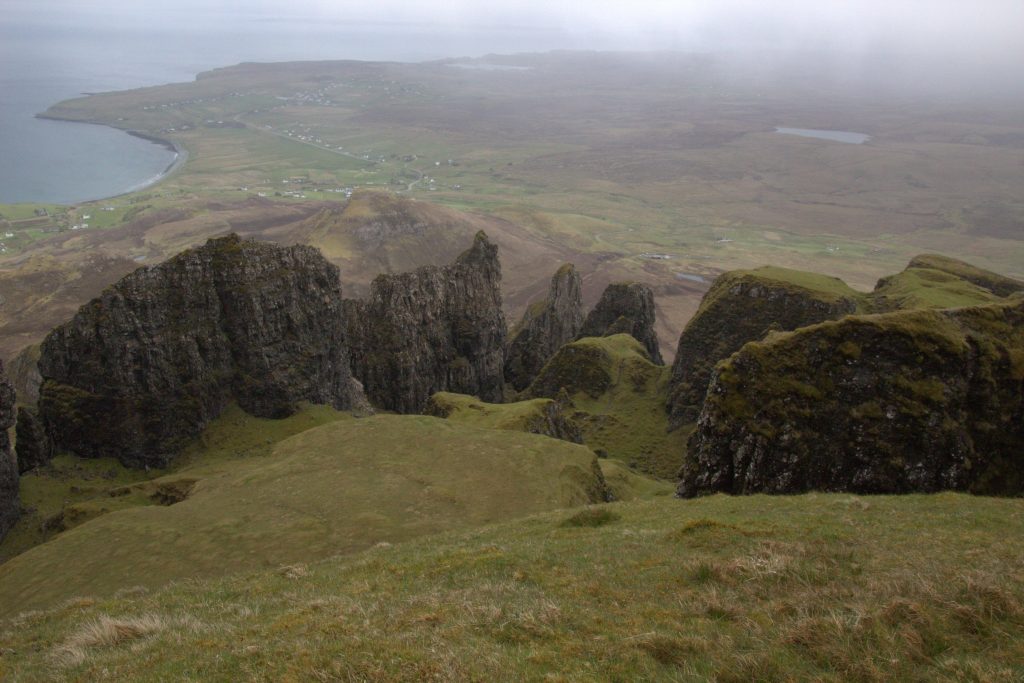 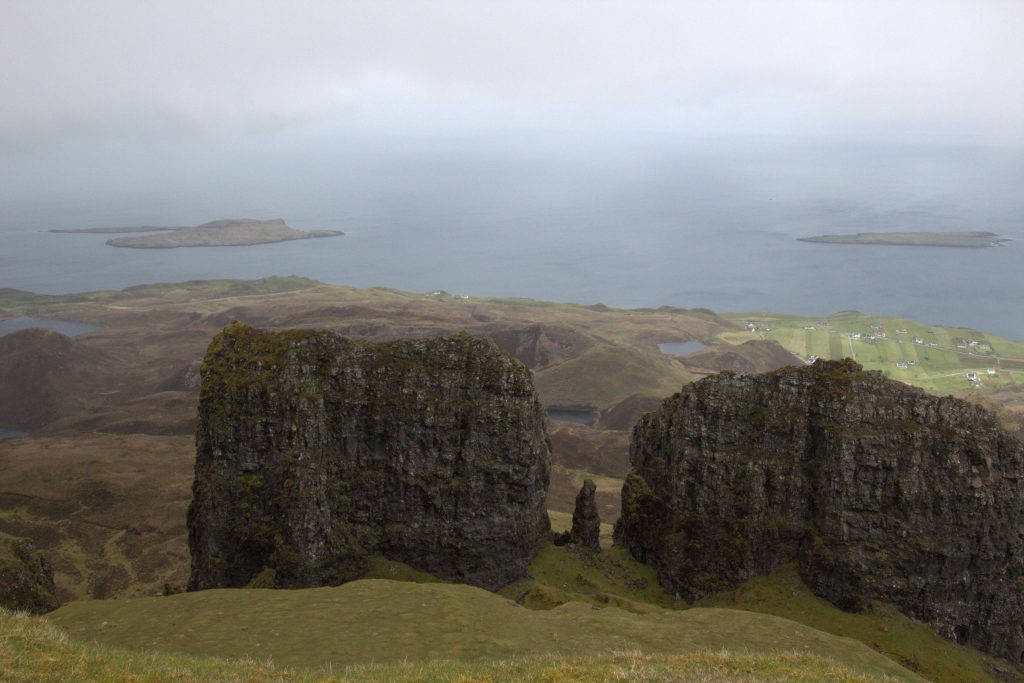 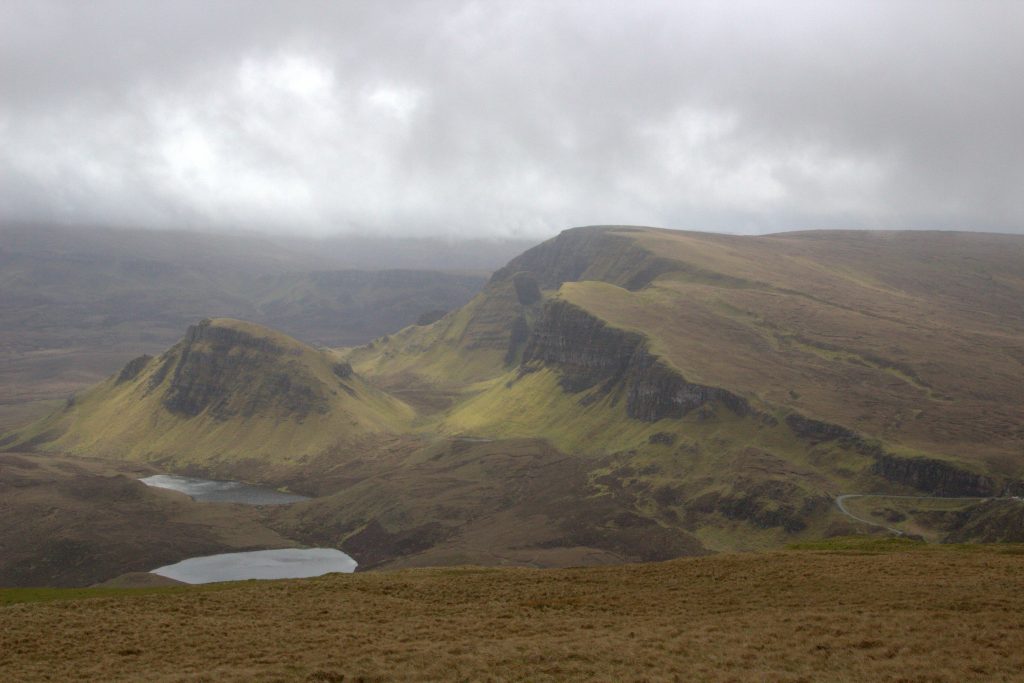