On May 24, Laurie, Rhonda, David Pellegrini and I climbed Ben Nevis, at 4,409 feet, the tallest mountain in the British Isles. The climb started just above sea level, so it was an ascent of over 4,000 feet in 4.5 miles of climbing. We took a taxi to the old tavern at the bottom of the trail and started up the rocky trail. We had views as we climbed but could see that the top of the mountain was in the clouds. The terrain was open grassland and at one point, we walked over a small knoll to find a beautiful lake on the shoulder of the mountain. Not long after, we climbed into the clouds and lost our views. After that, we reached snow and put on micro spikes for traction as we climbed the steep snowfields. There were many people climbing and quite a few were ill-prepared for the difficult ascent, wearing tennis shoes or other inadequate footwear. Since the visibility was minimal, we followed the tracks of other climbers, and David used a compass and a directional bearing that he had taken from the map in order find the top and avoid the vertical cliffs which we knew were around us. We eventually reached the top where there was a small stone structure and a small monument. The wind was strong and cold, creating winter conditions, so we did not stay on the top long. It was difficult descending the slippery snow fields and the rocky trail below. At the bottom, we stopped at the inn for drinks, and I had a very nice Scottish ale. 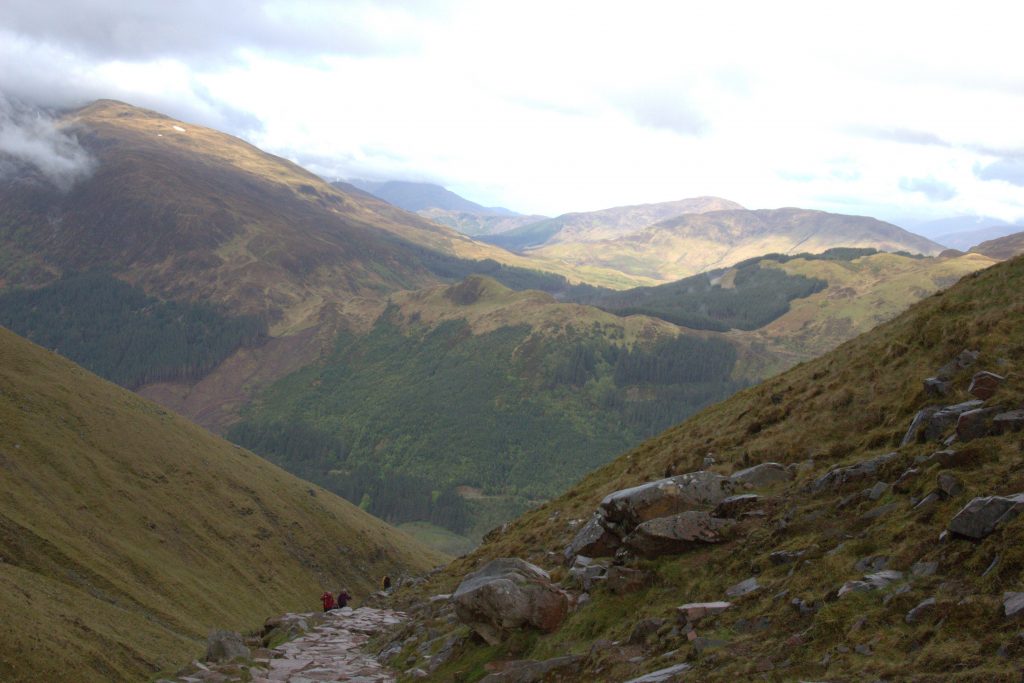 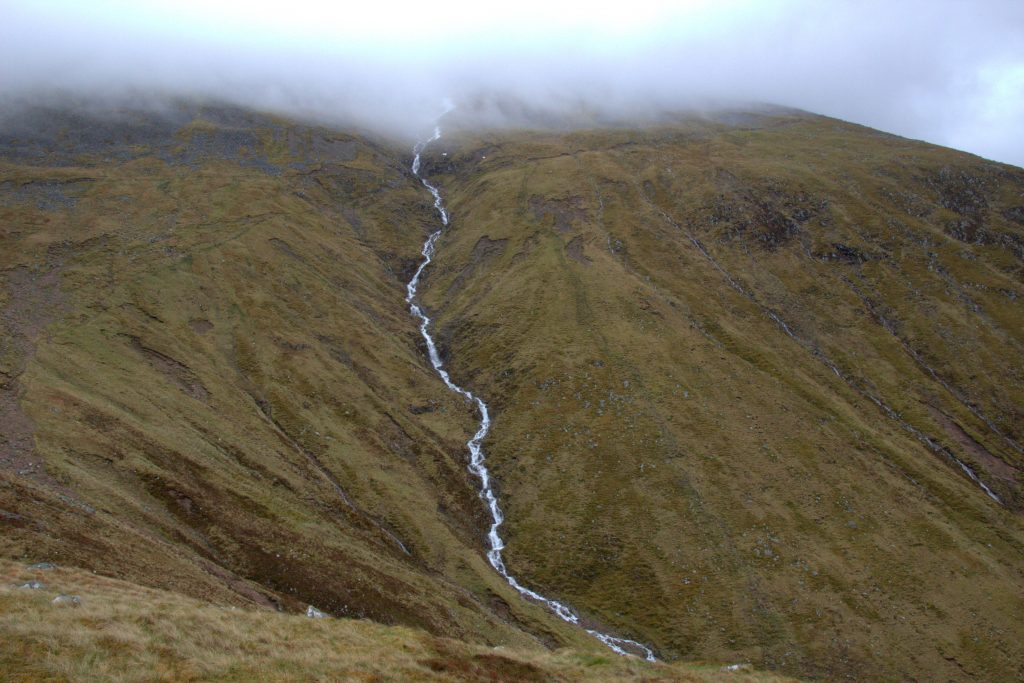 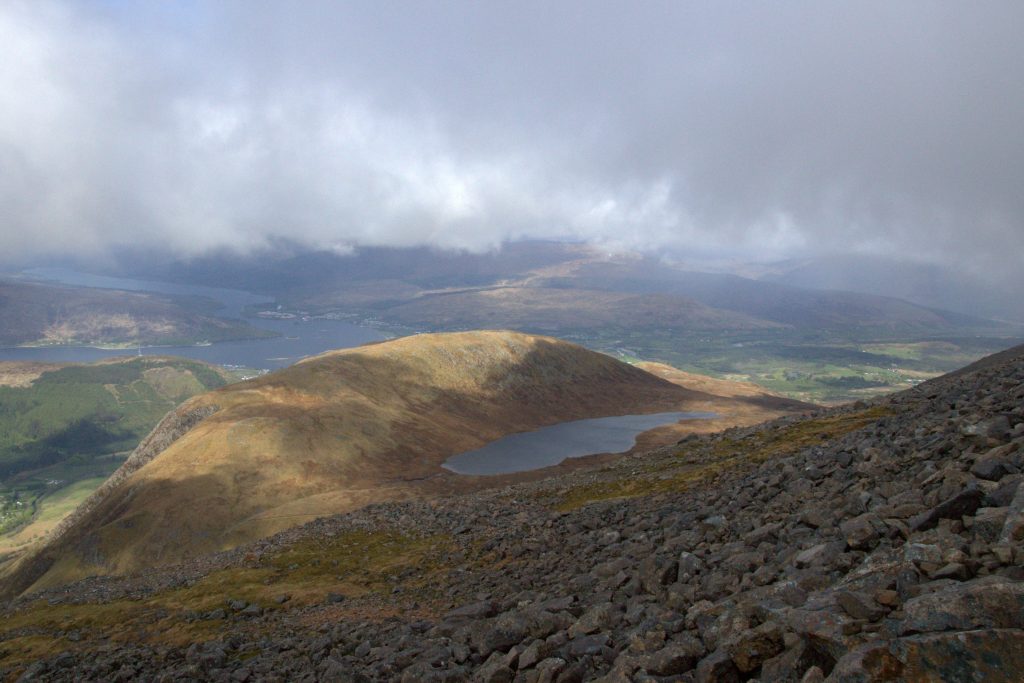 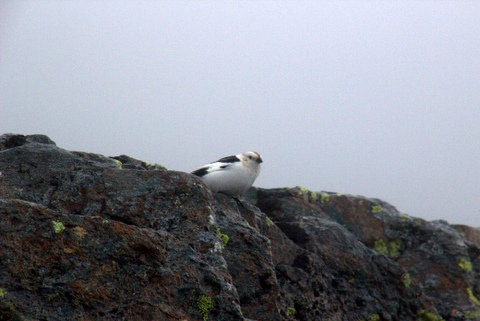 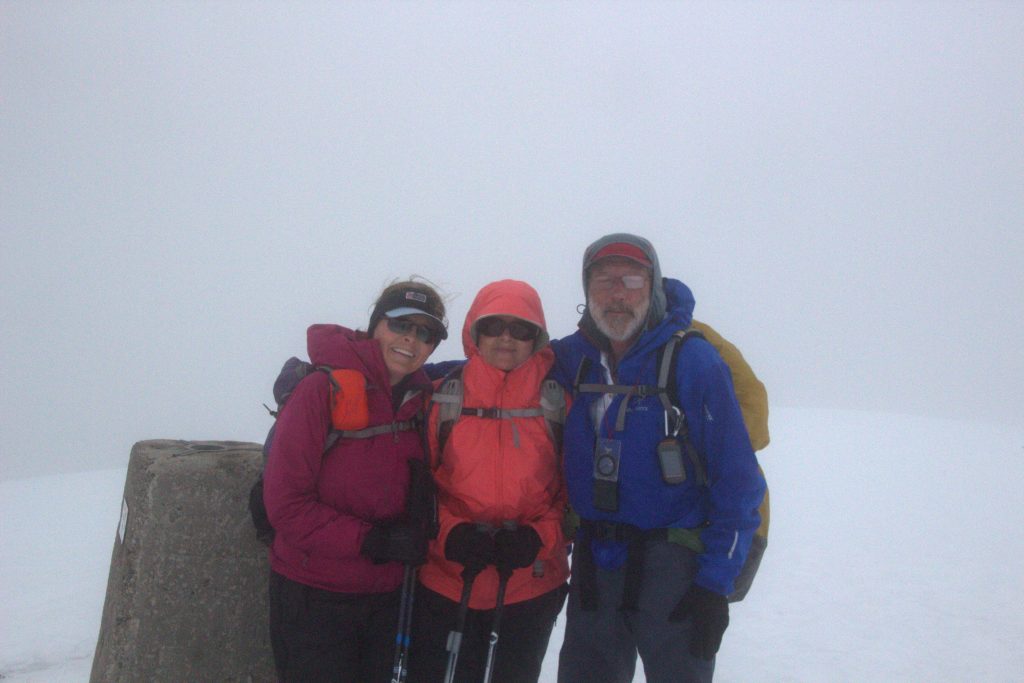 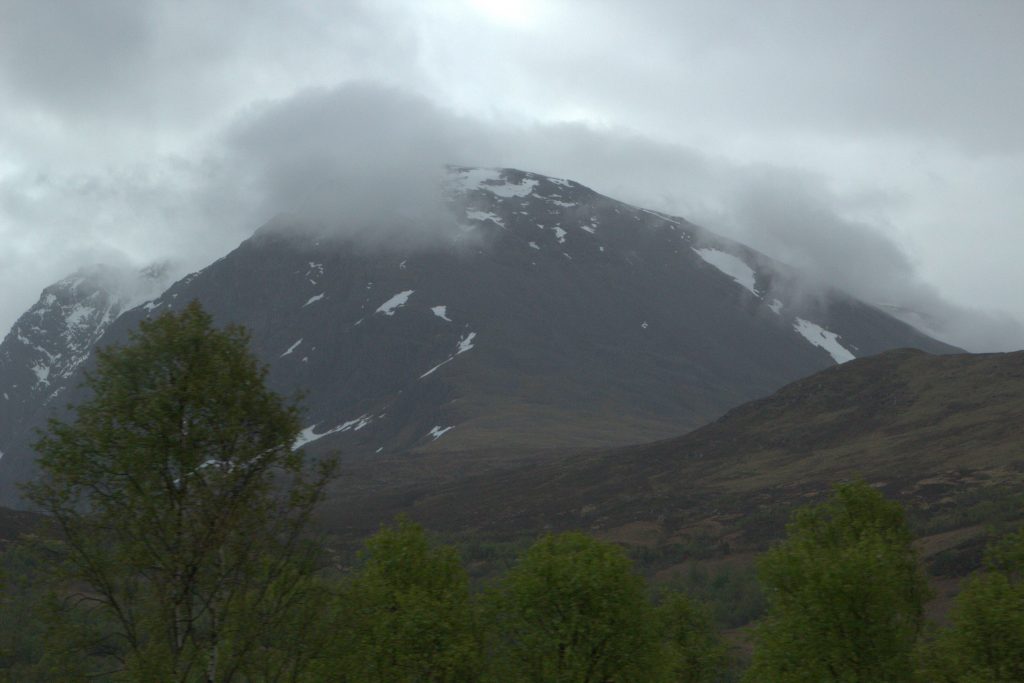