On May 23, we climbed steeply up from Kinlochleven through forest with views back over the town and the fiord-like Loch Leven. At the top of our climb, we were back into barren moors and as we followed the trail through the steep sided Lairigmor valley, the sky became overcast. We stopped for some time at the ruins of an old building. It was four miles through this valley before the Way turned north. We stopped for lunch in an open area of sheep pastures and forest plantations. We passed above Lochann Lune and climbed over several ridges before beginning our descent into Glen Nevis. As we turned into the Glen, we could see Ben Nevis, like a dark beast above us with its head in the clouds. At the bottom of the Glen, we had a long walk along a road into the town of Fort William where we reached a sign for the original end of the West Highland Way. Apparently, the actual end had been moved to the other side of the sizable town. We continued following the thistle signs for some distance through the town to the old main street area, which was closed to automobiles. The end of the West Highland Way was at the far end of the downtown street with a sign and a bench statue of a walker massaging his foot. We had walked sixteen miles on our last day for a total of 96 miles on the West Highland Way. 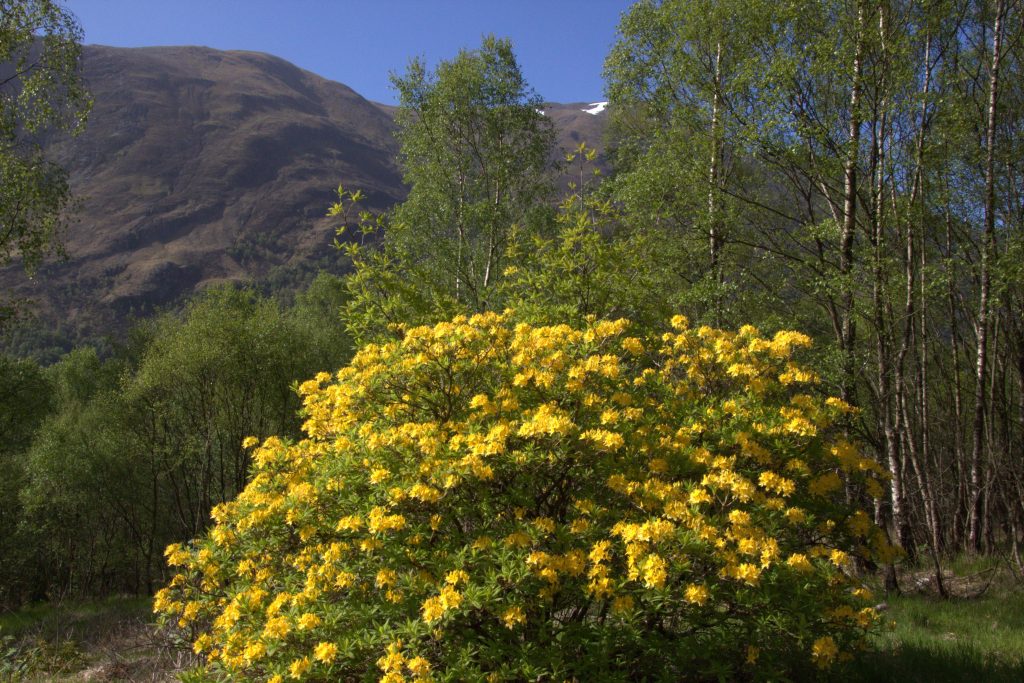 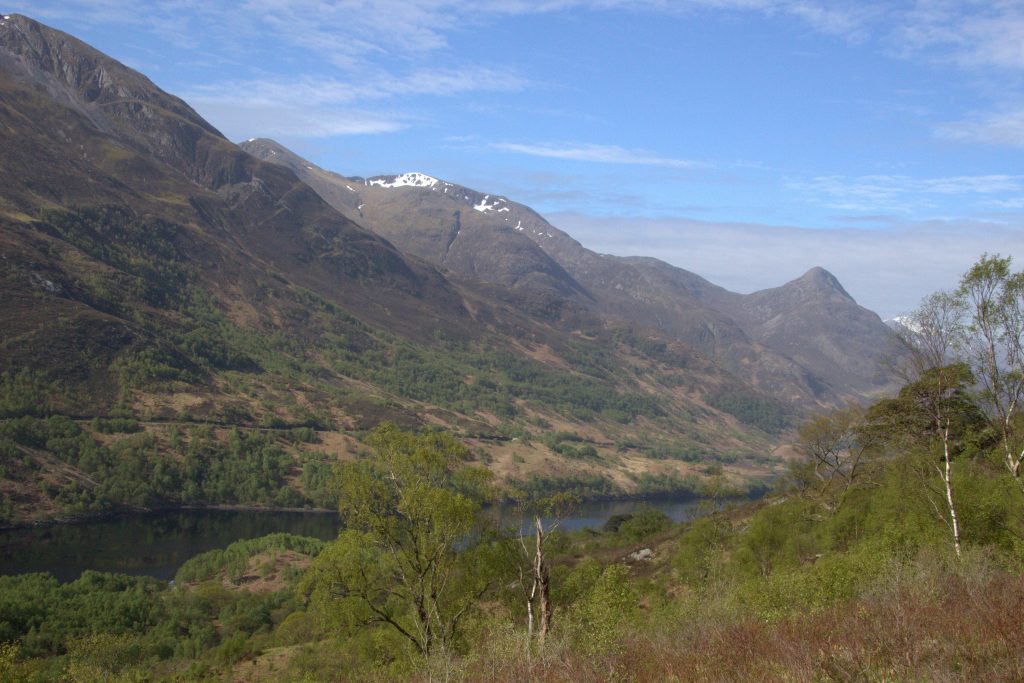 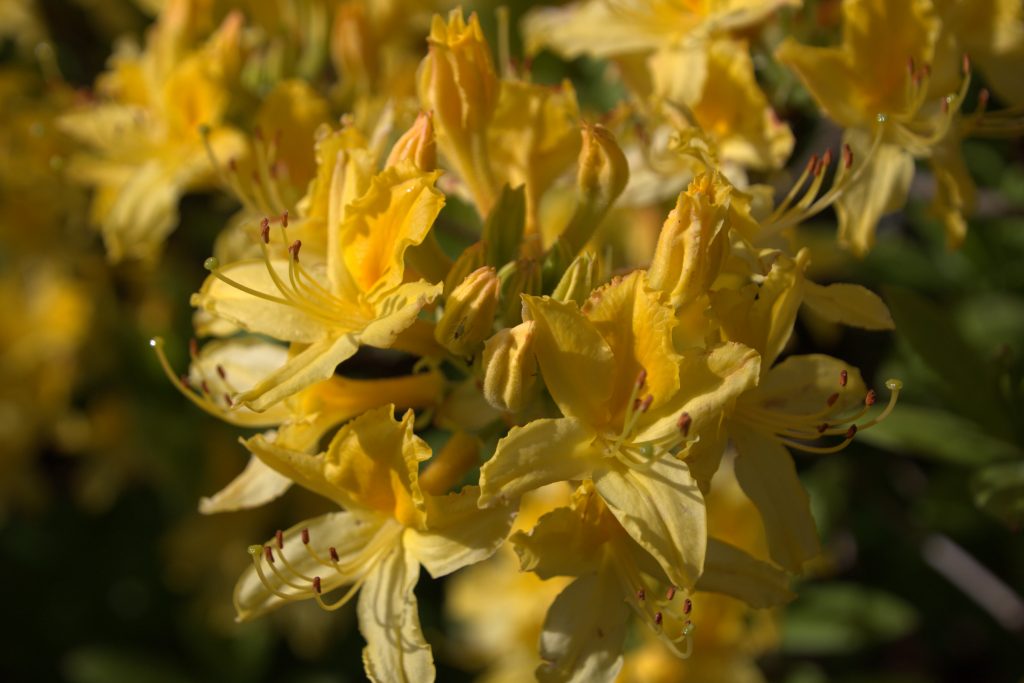 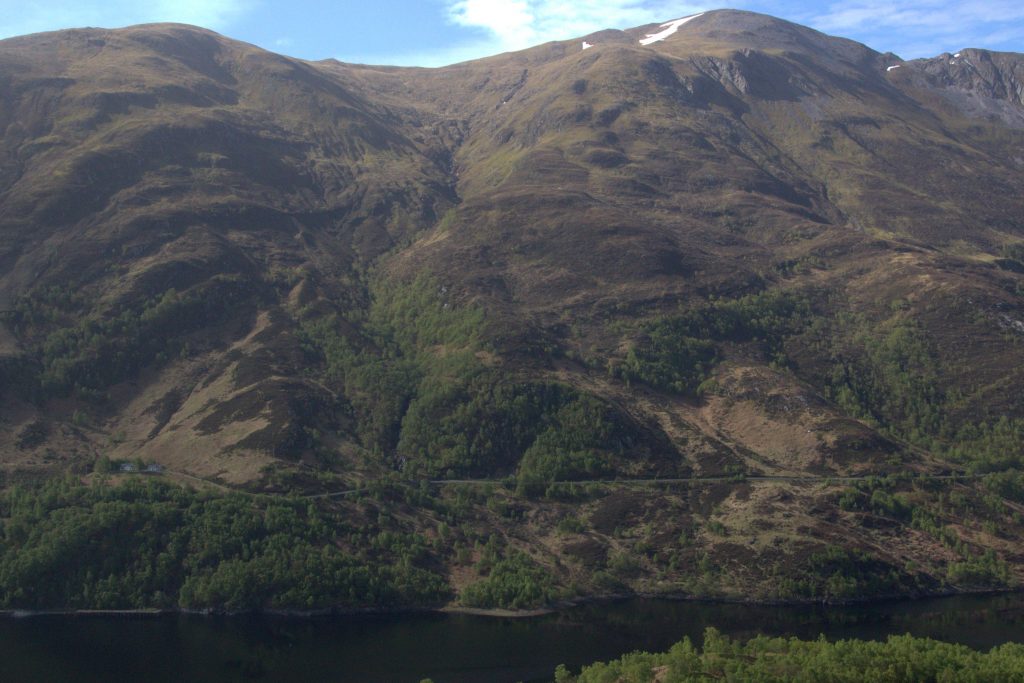 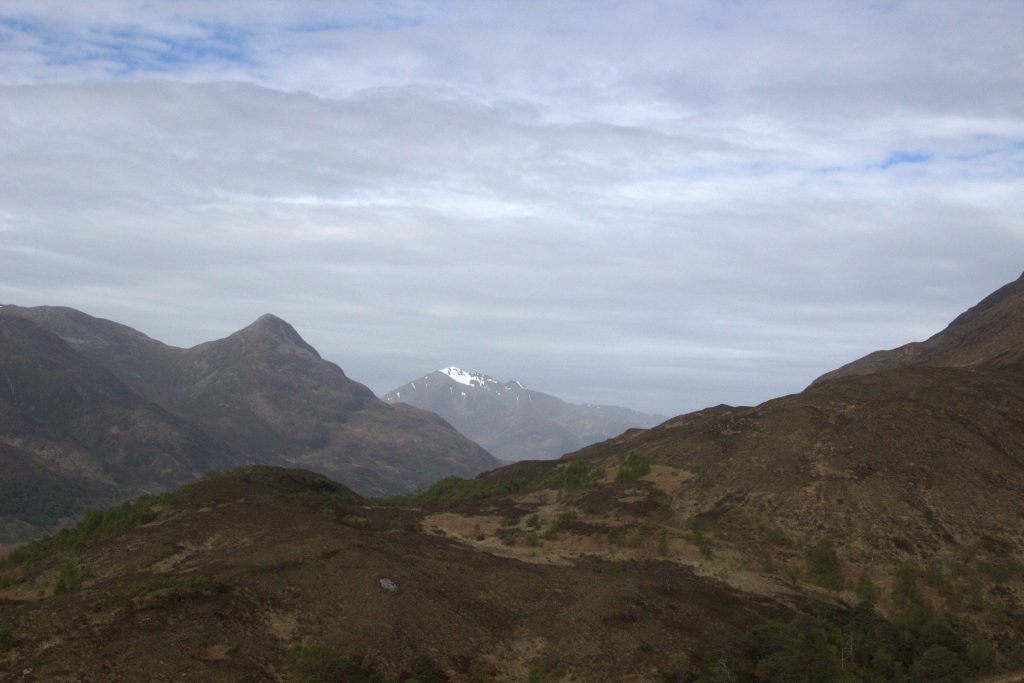 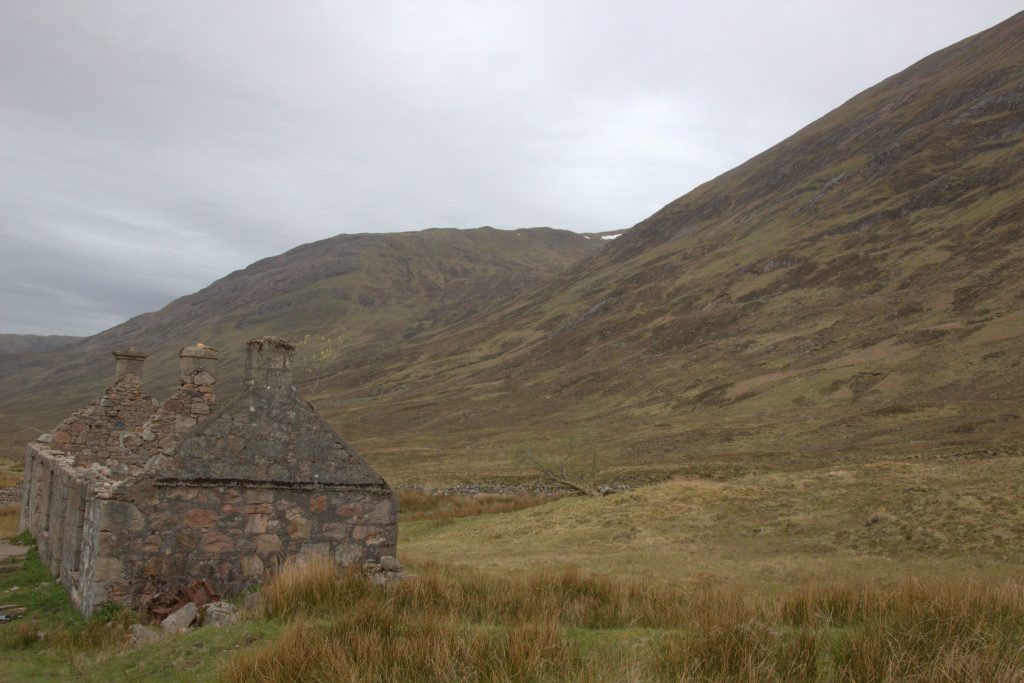 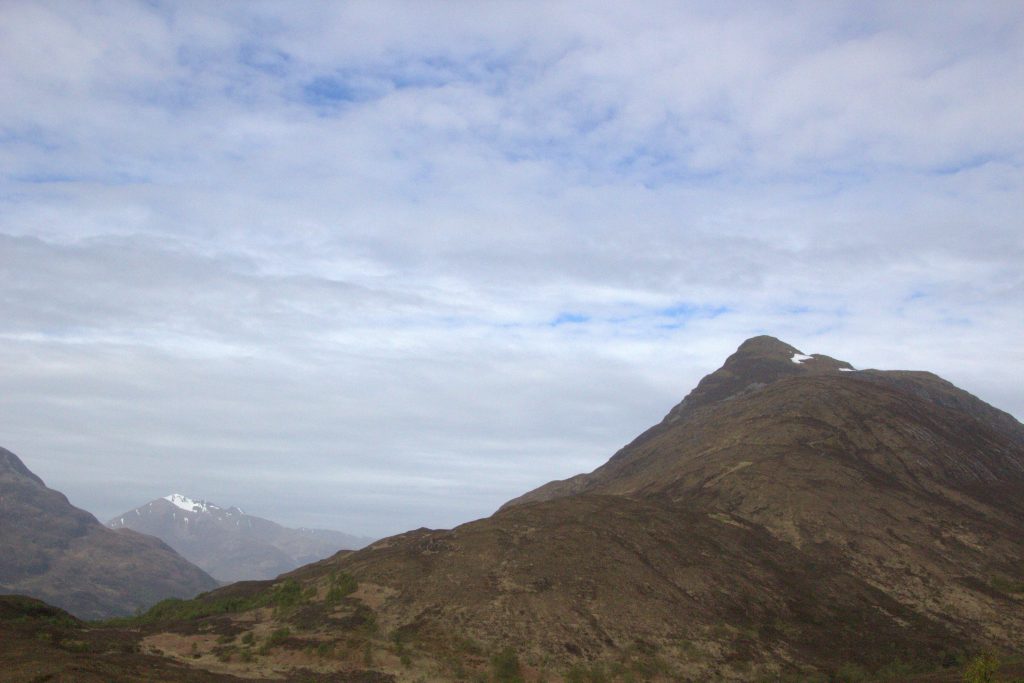 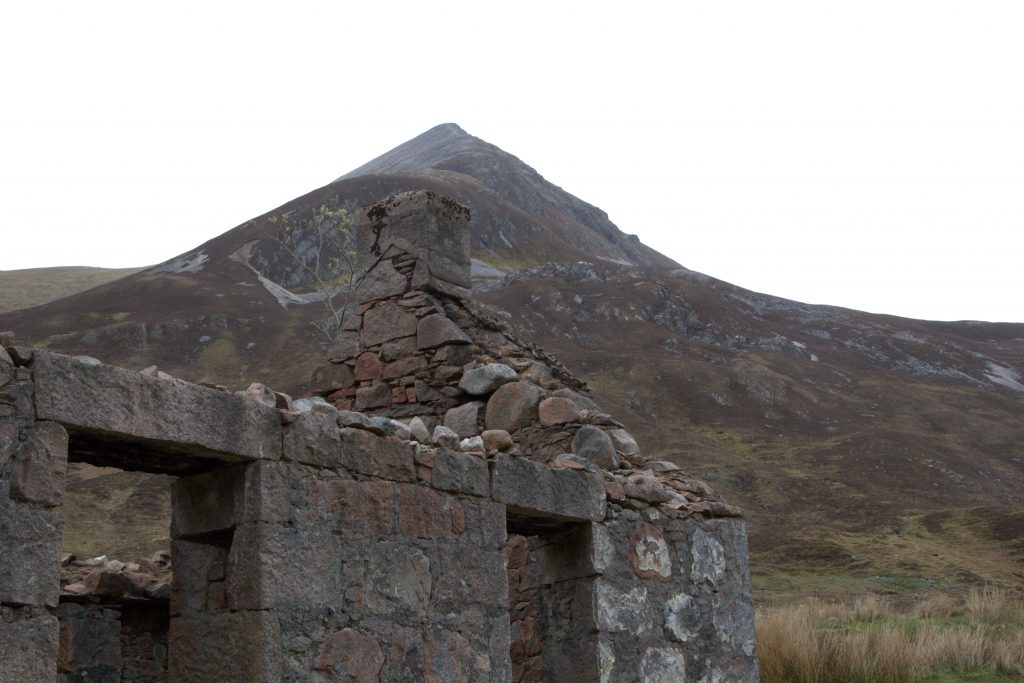 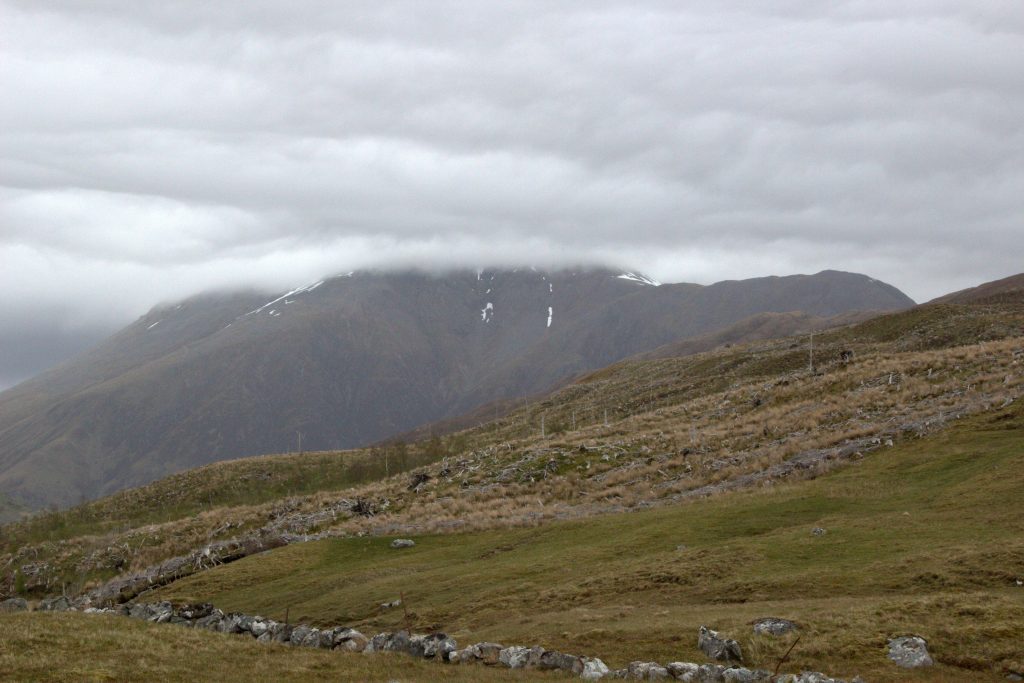 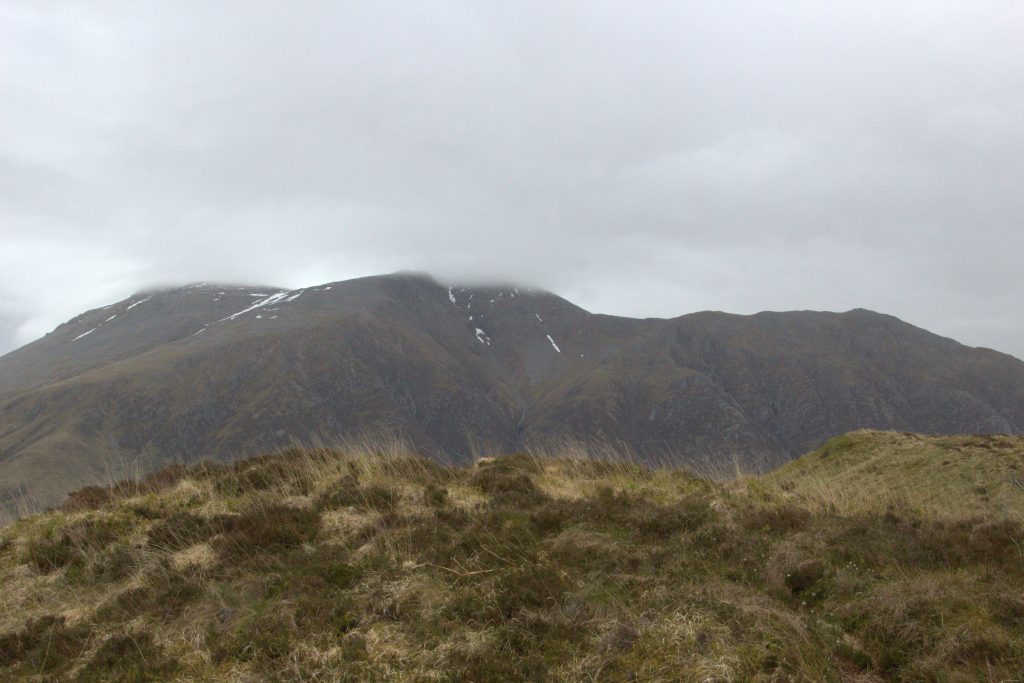 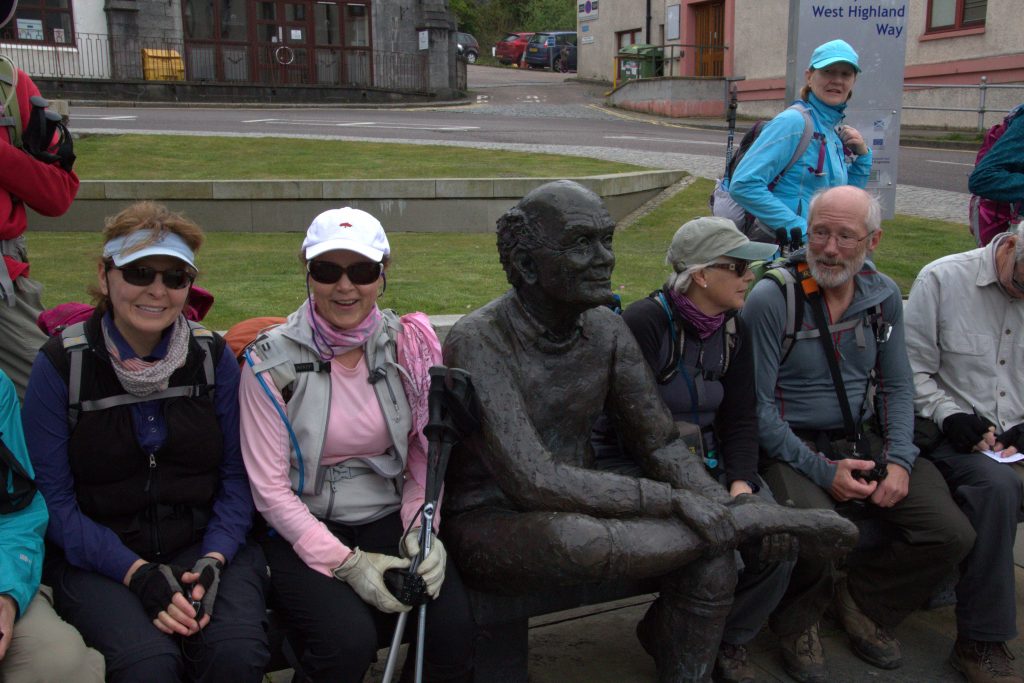 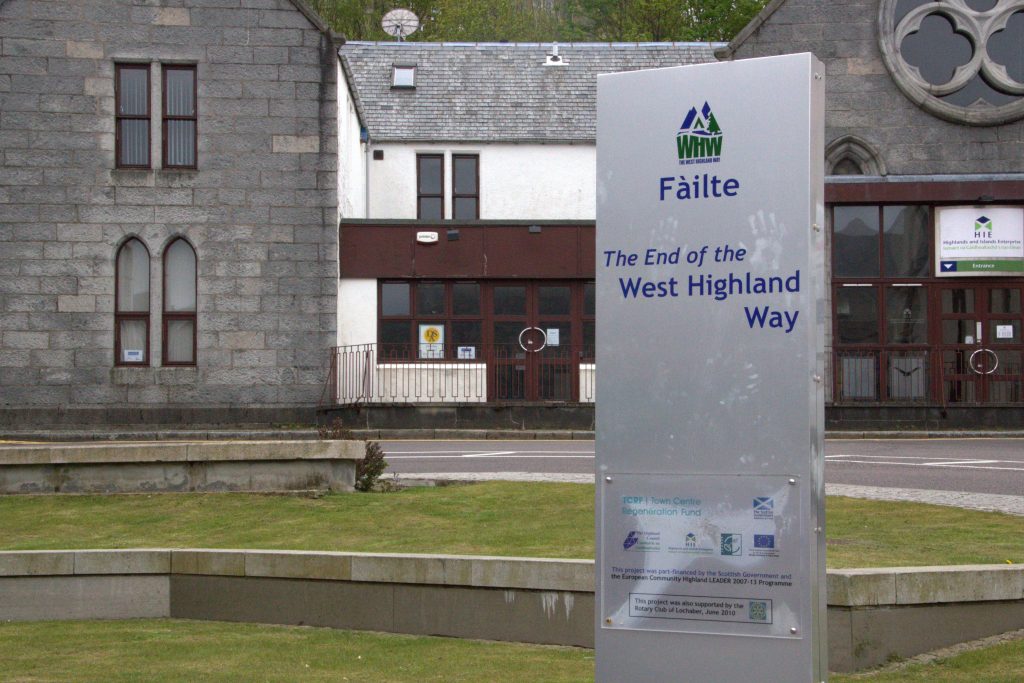