On May 21, we walked from Bridge of Orchy up into the Rannoch Moor, a large plateau with some of the most remote and wild country in Great Britain. The West Highland Way in this area follows an old military road which is level and climbs gradually over three different highpoints. When we started, there were low clouds over the hilltops and it was drizzling. We started with a climb to a high point where there were views through the mist of Loch Tulla and the surrounding ridges. We then descended to the tiny village of Inveroran where we found a herd of red deer in the trees behind the hotel. From Inveroran we climbed onto the moor under the Blackmount range. The trail leveled in the moors and there were views over the streams, ponds and open, soggy grassland which extended to vague lines of mountains to the east in the far distance. High peaks, mottled with snow, stood immediately above us to the west. The drizzle had stopped, and we started to see ribbons of blue sky as we stopped to eat our packed lunches on a knoll above the Ba River Bridge. On the moors, there was a feeling of vast emptiness similar to the impression the western American deserts create, except it was obvious the surrounding moors were like wet sponges. From the bridge, we climbed to the highest point we had reached so far on the West Highland Way at nearly 1,500 feet. We climbed a short distance from the trail to a cairn where we had extended views down the valleys on either side and to the mountains beyond. The cairn is a memorial to Peter Fleming, the brother of Ian Fleming. Peter Fleming, who, like his brother, was a secret agent during the war and a well-know writer, died of a heart attack while shooting on the moors. From the highpoint, we descended into Glen Coe and walked by the very small Glen Coe ski resort to the Kinghouse Hotel, lonely below the surrounding dark peaks. 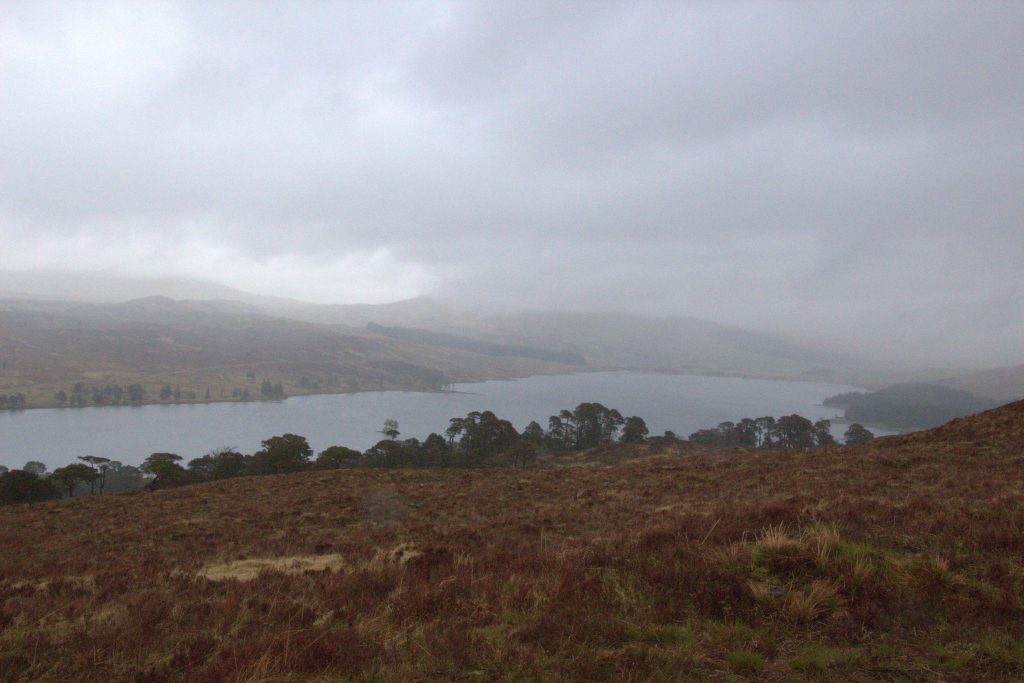 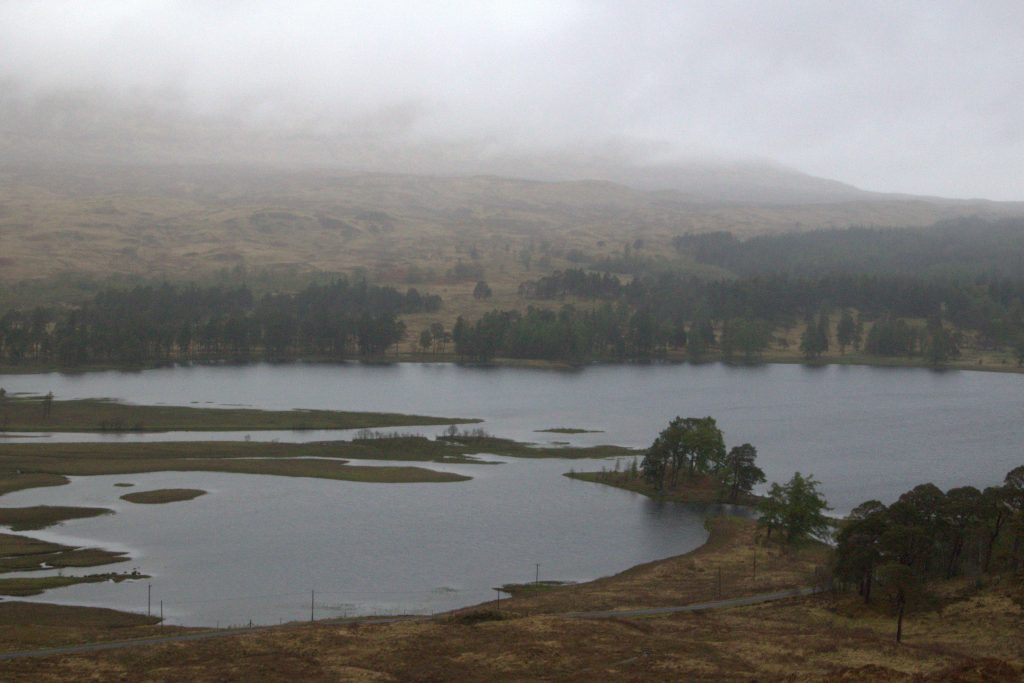 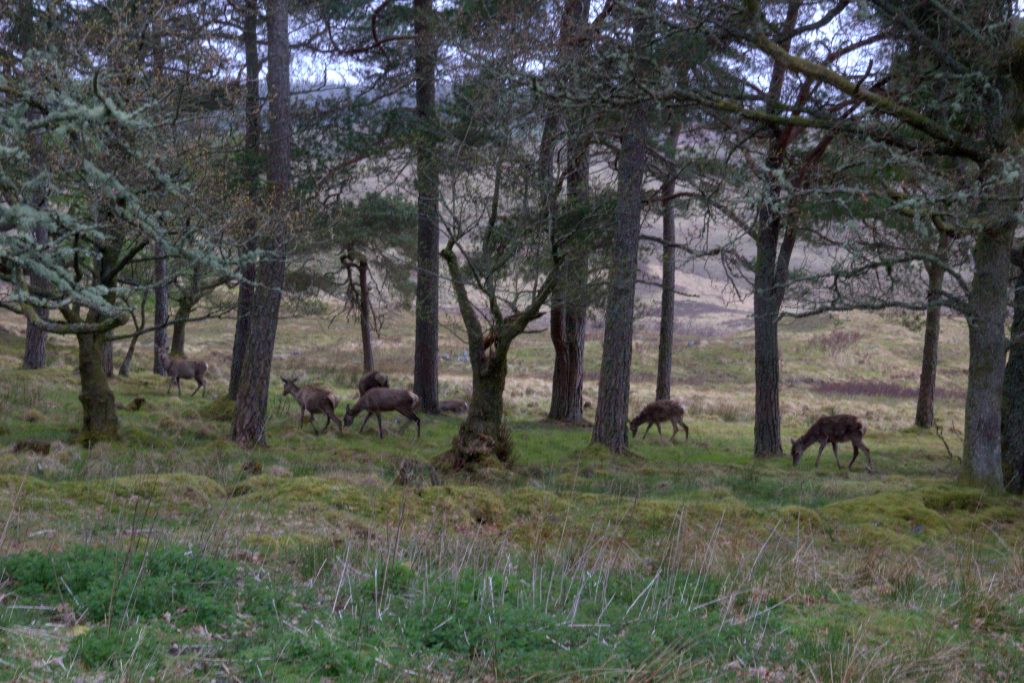 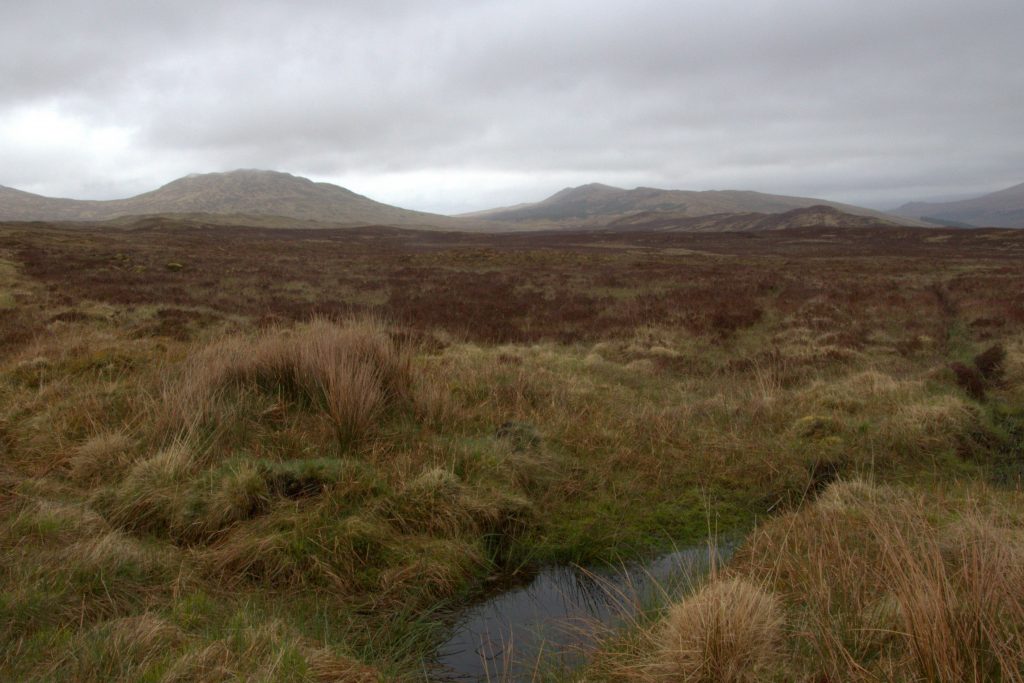 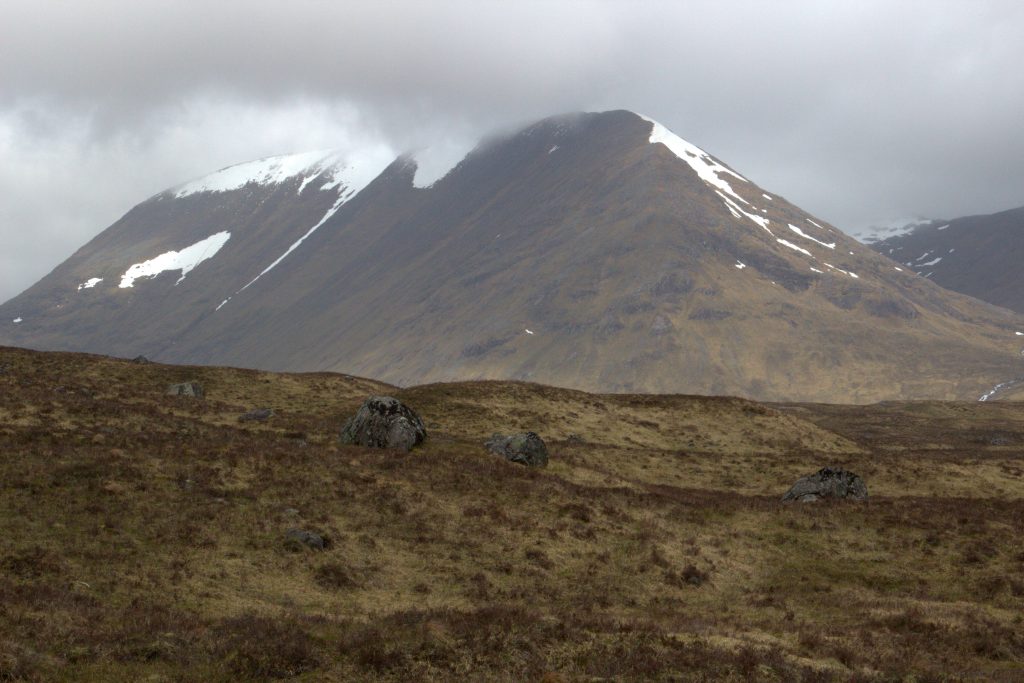 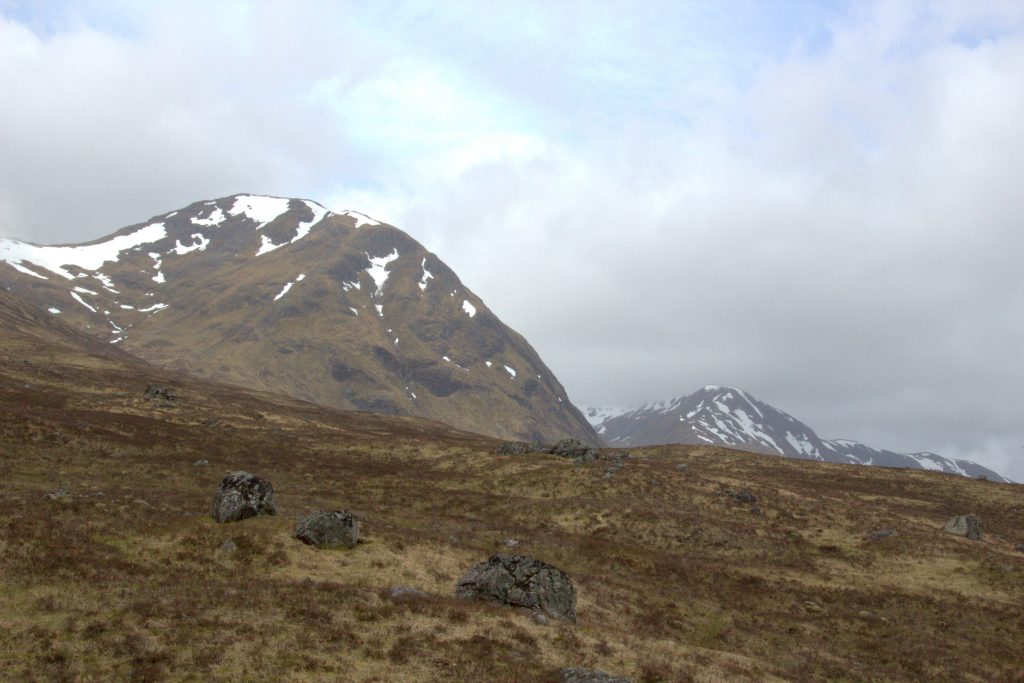 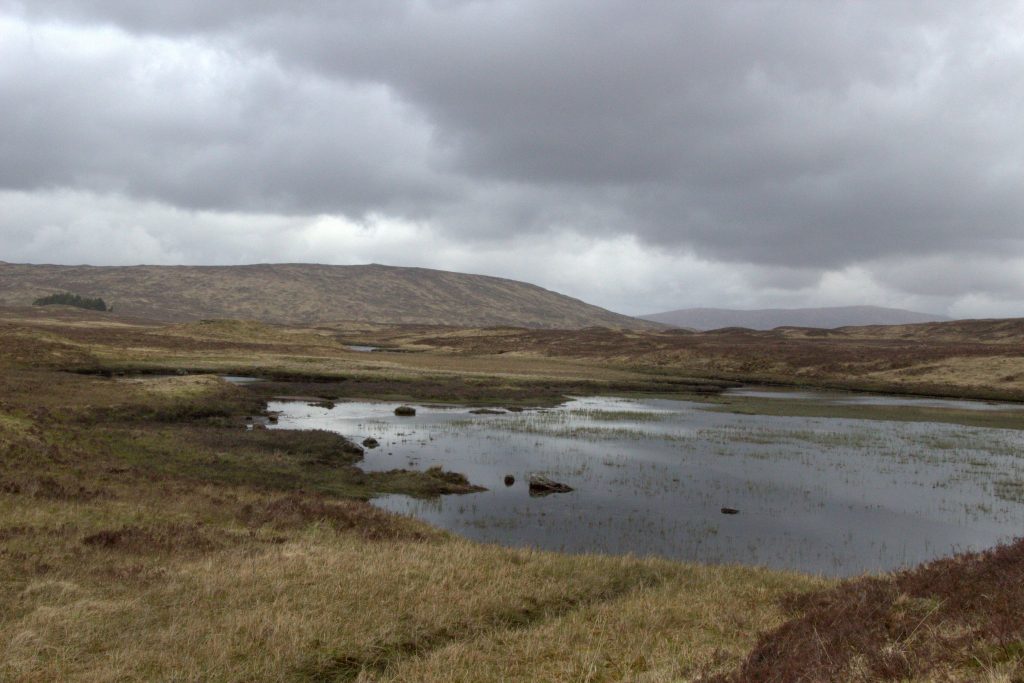 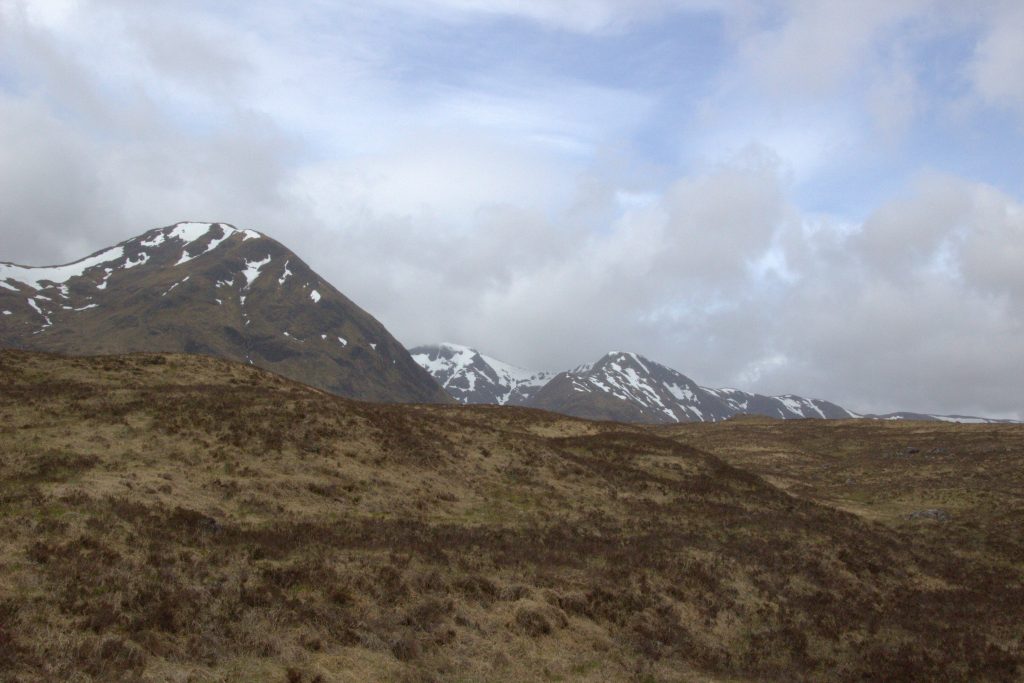 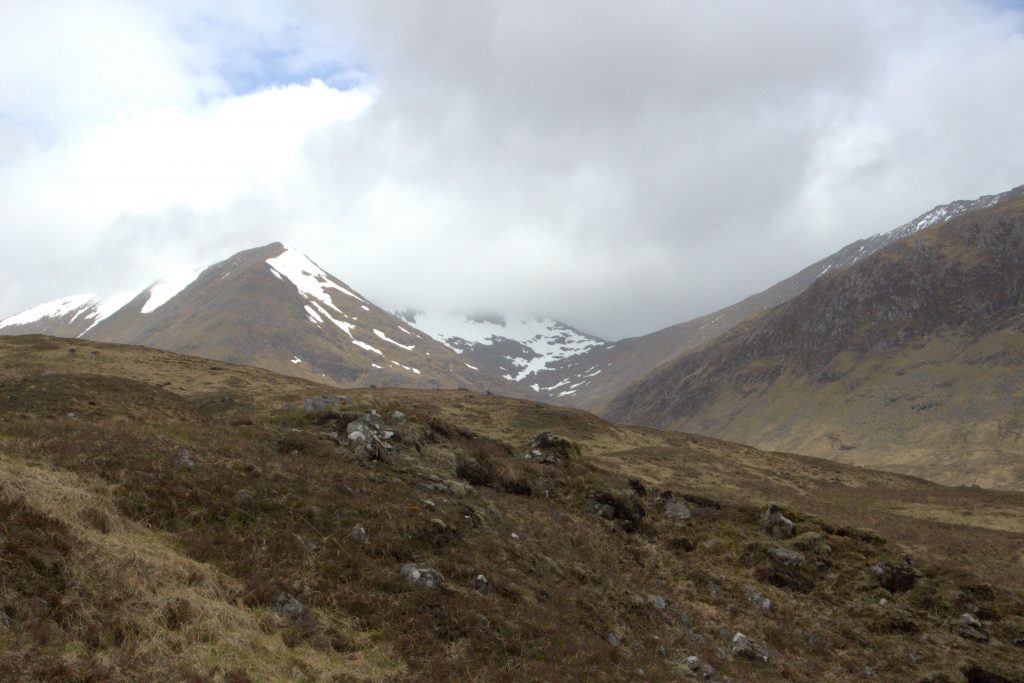 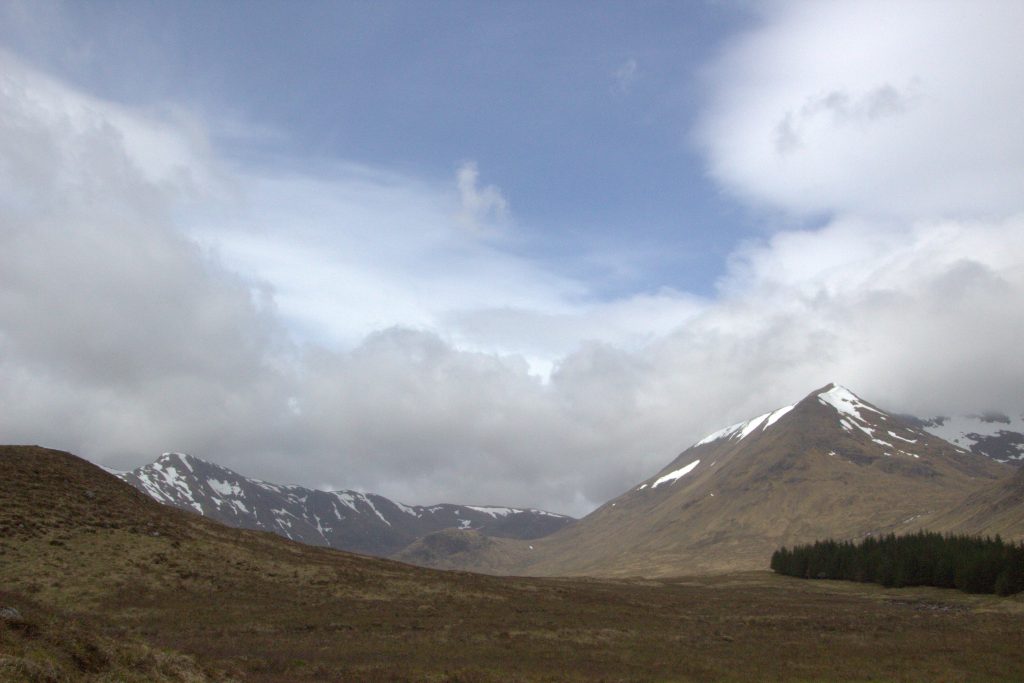 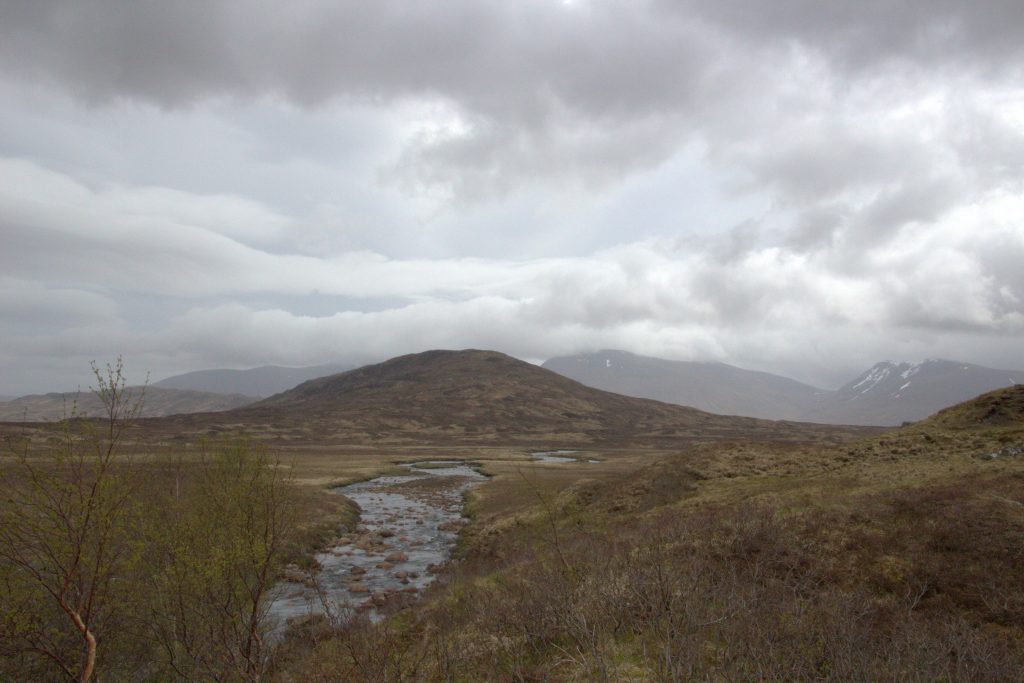 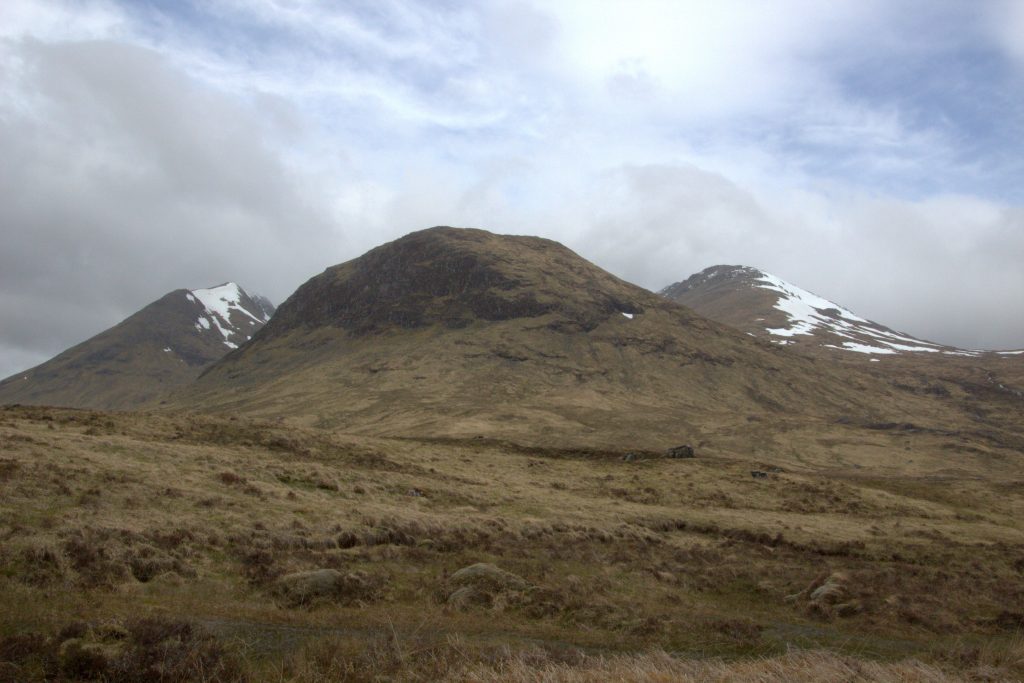 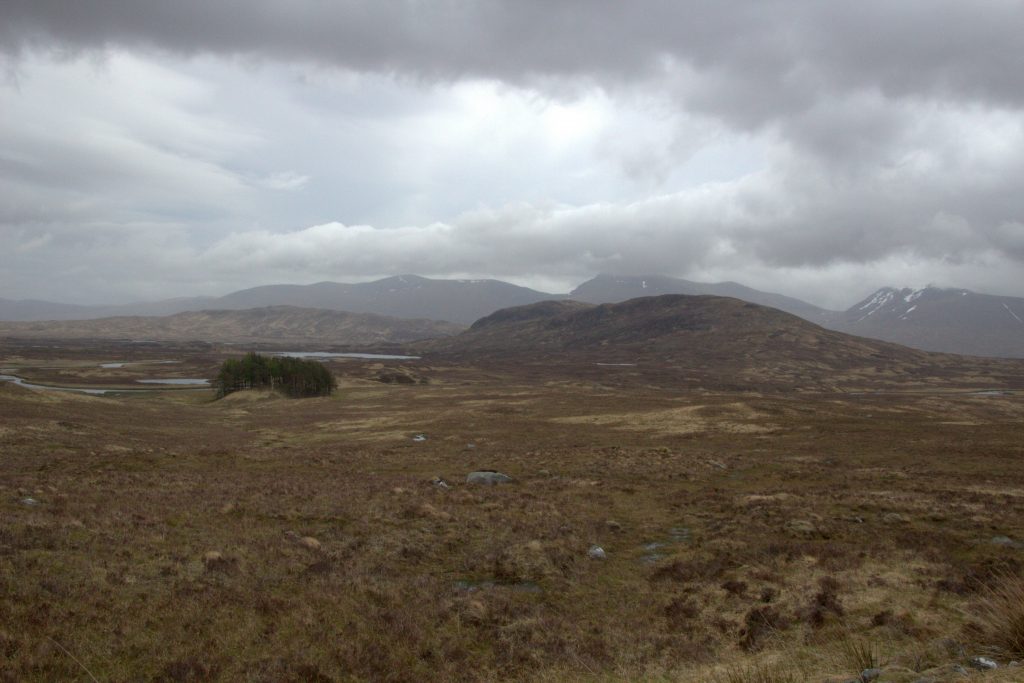 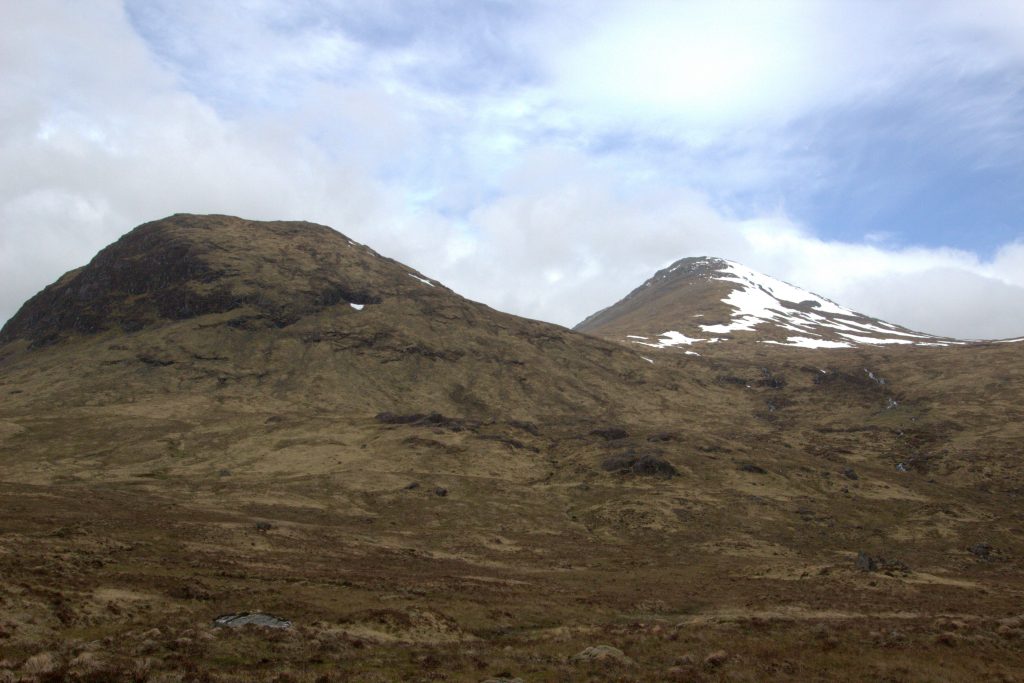 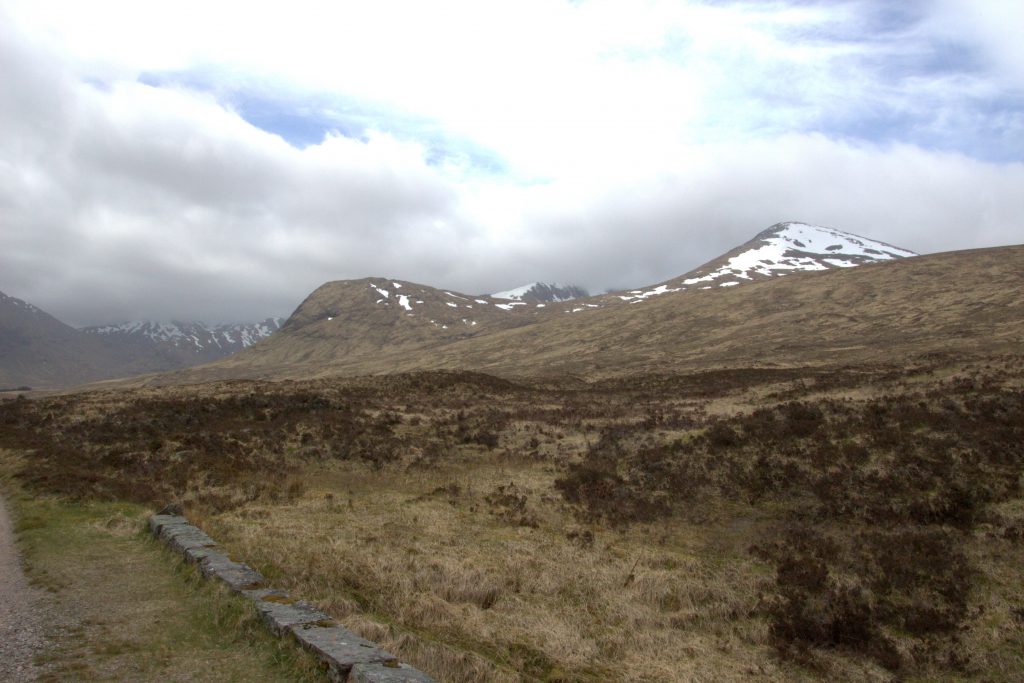 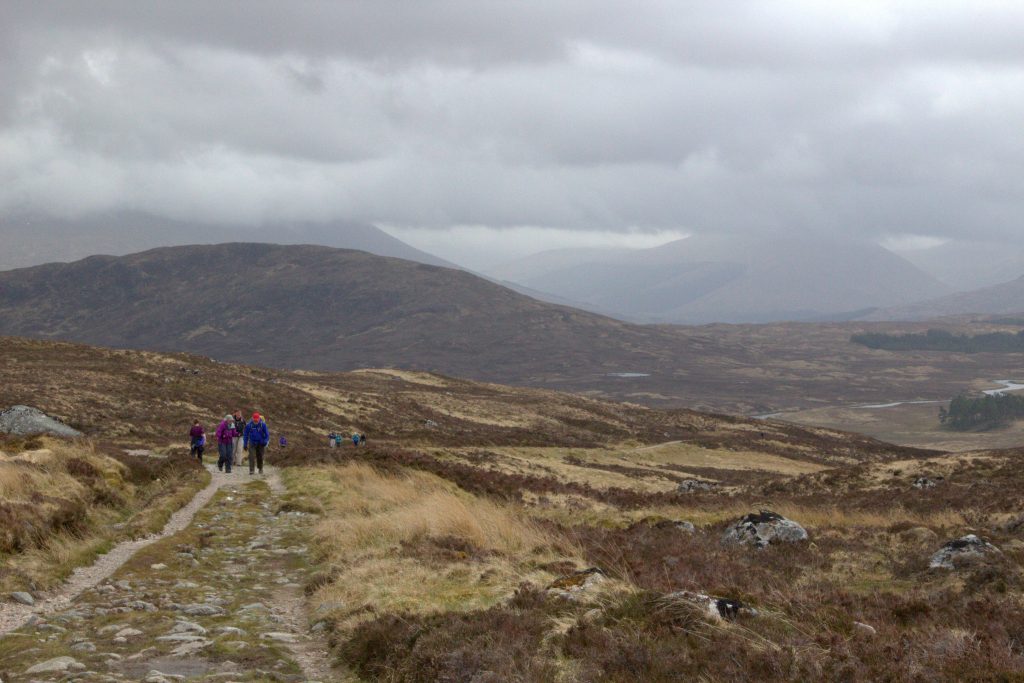 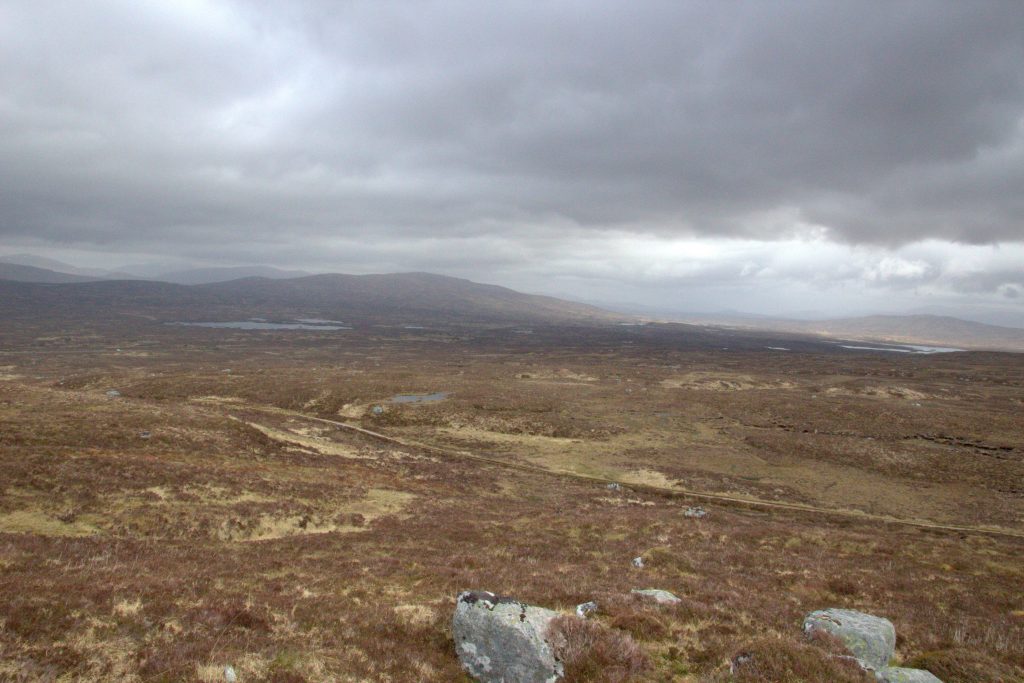 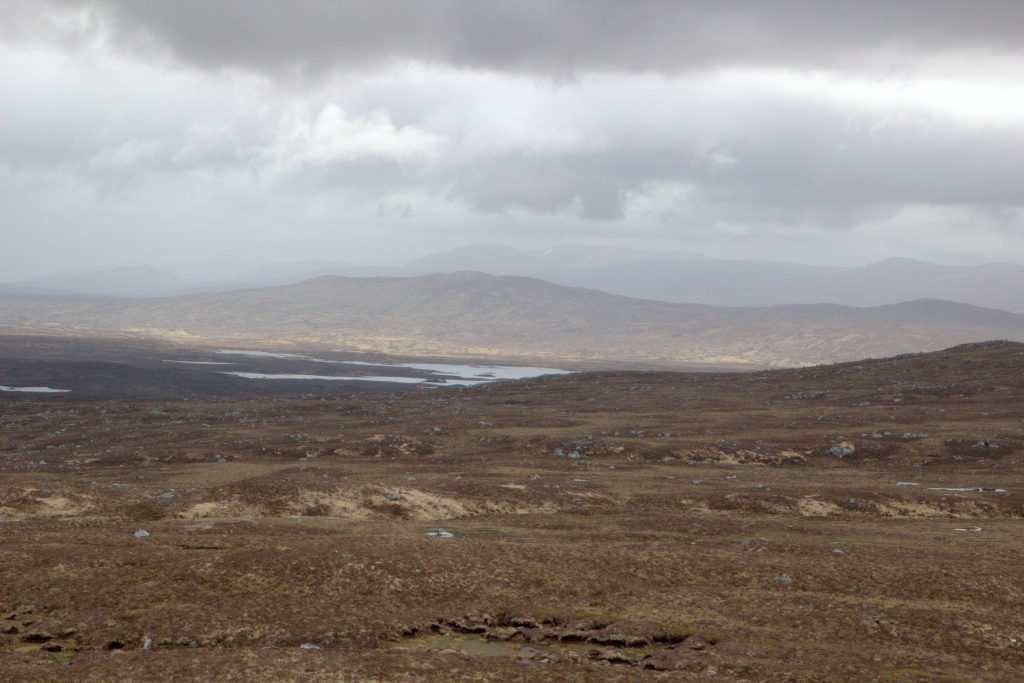 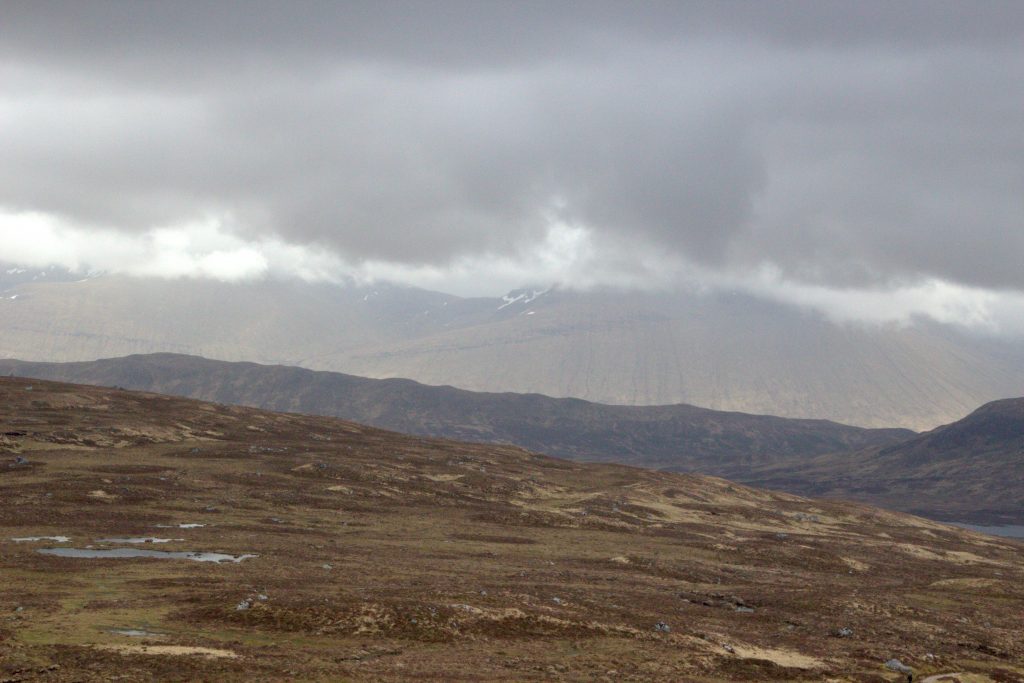 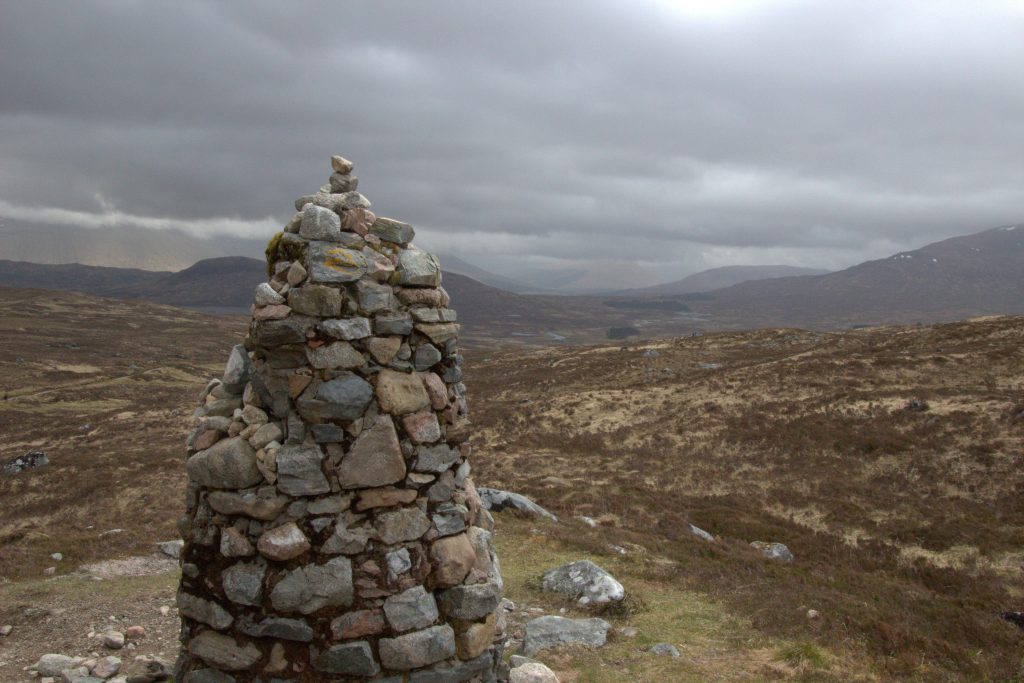 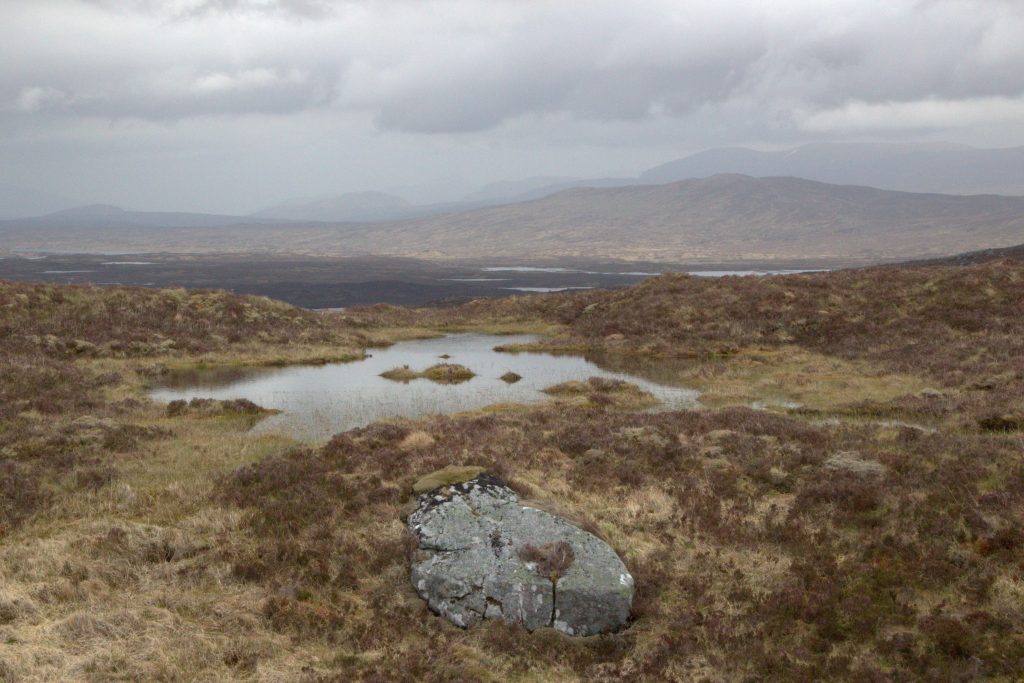 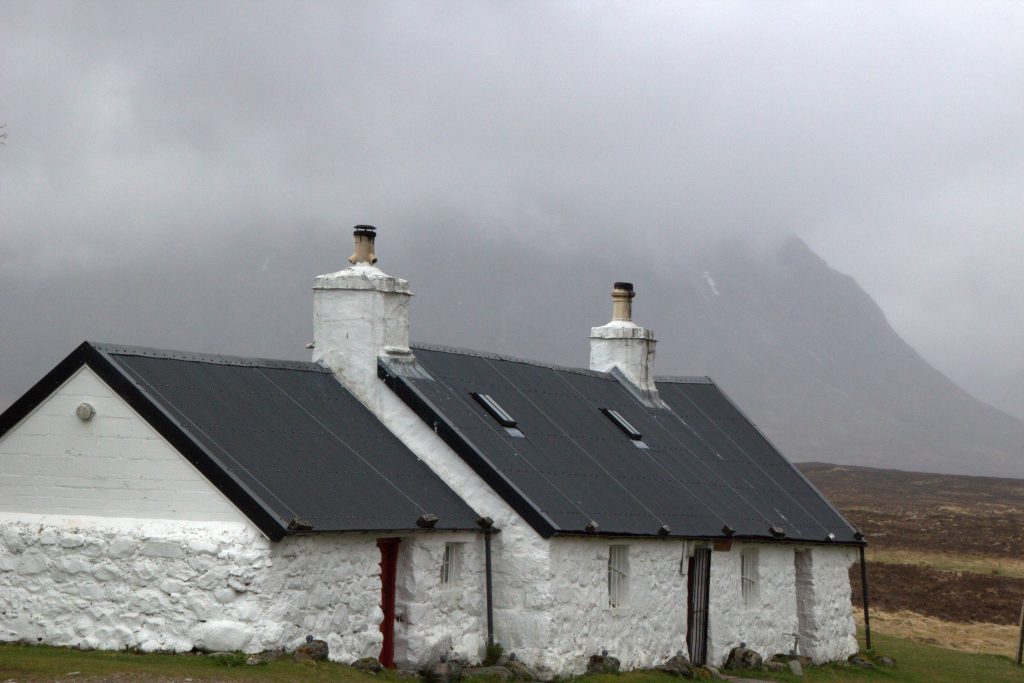 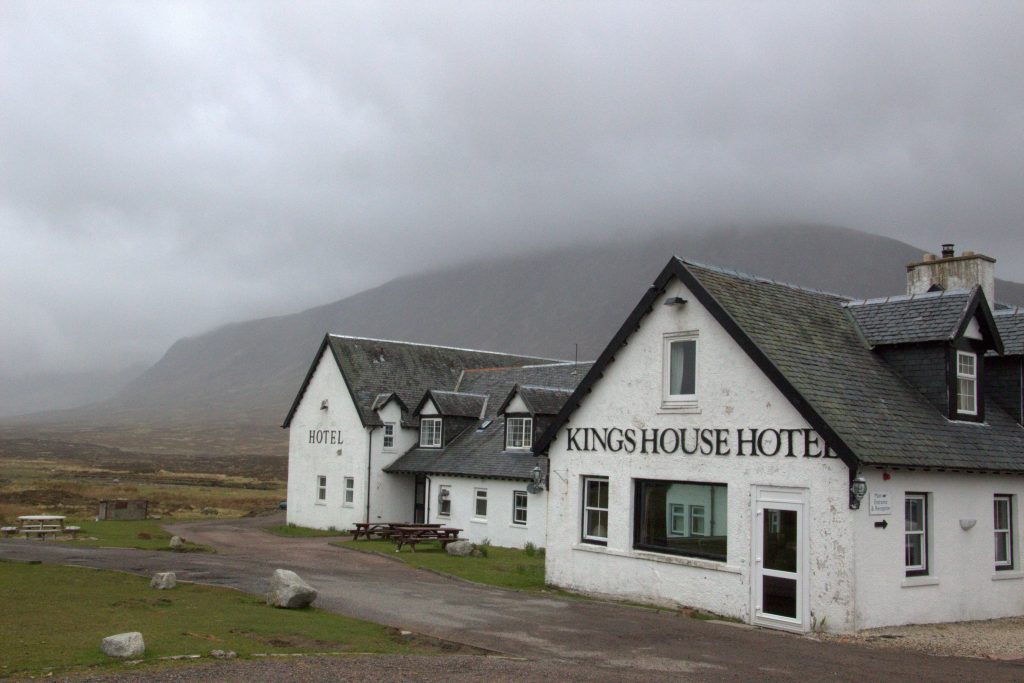