On May 19, we walked from Inveraman to Tyndrum. We started walking up Glen Falloch following the River Falloch, where there were clear views of the surrounding snow-capped peaks. The weather was partly cloudy to sunny as we walked. We climbed to a high point where the trail forked, with one fork to Crianiarch. The other fork continued the West Highland Way down to the valley of the River Fillan. This fork was the halfway point on the West Highland Way. We stopped on a high point for lunch in the sunshine where there were long views down the Falloch and Fillan valleys. From there, we descended through dark evergreen forests and crossed under an old stone bridge at the bottom. Walking up the valley we passed the ruins of a medieval church and a desolate, old cemetery under the high hills. Near Tyndrum, we passed historic markers for the Dalrigh Battlefield, where, in 1306, Robert the Bruce was defeated. We passed the Loch of the Legend of the Lost Sword where it is said that Robert the Bruce lost his sword and the Brooch of Lorne. Robert the Bruce lost his sword and brooch in the Loch of the Legend of the Lost Sword? It sounds a bit like Monty Python to me. 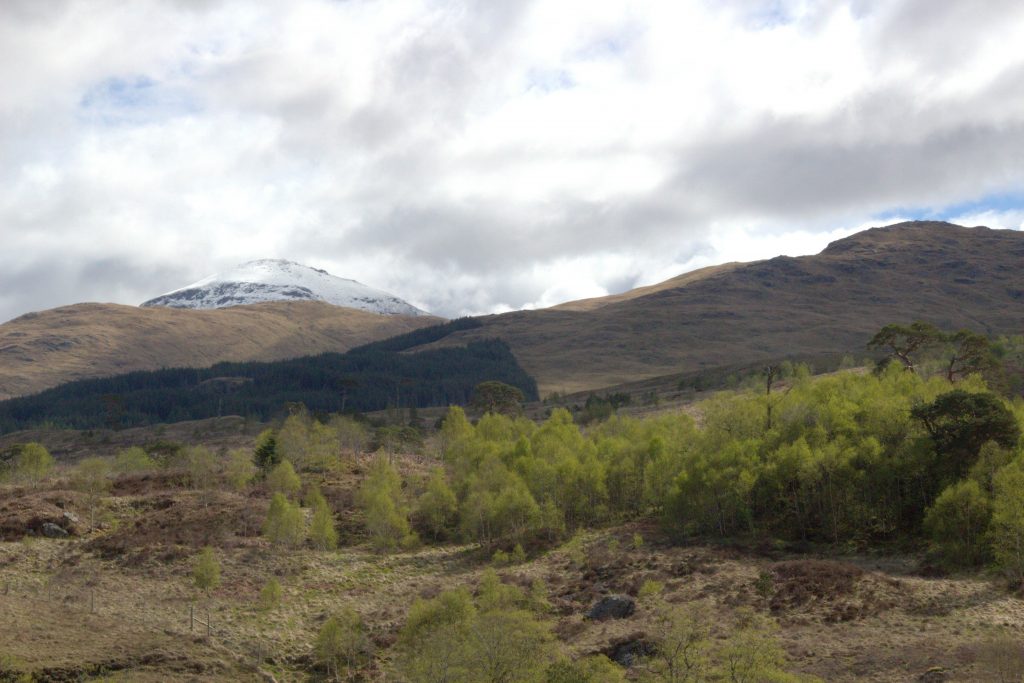 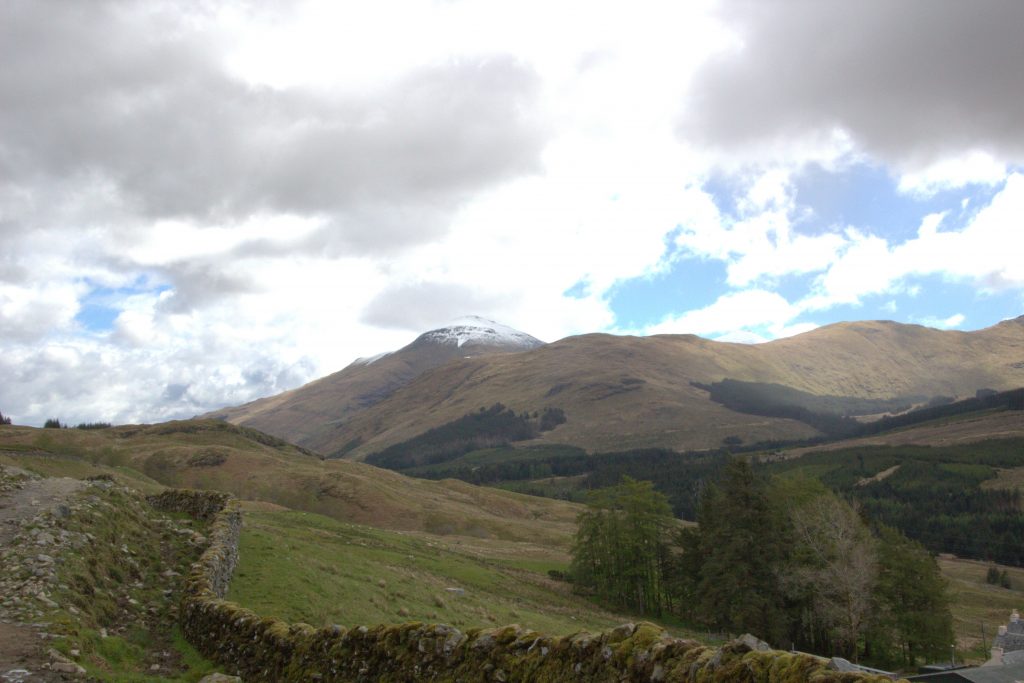 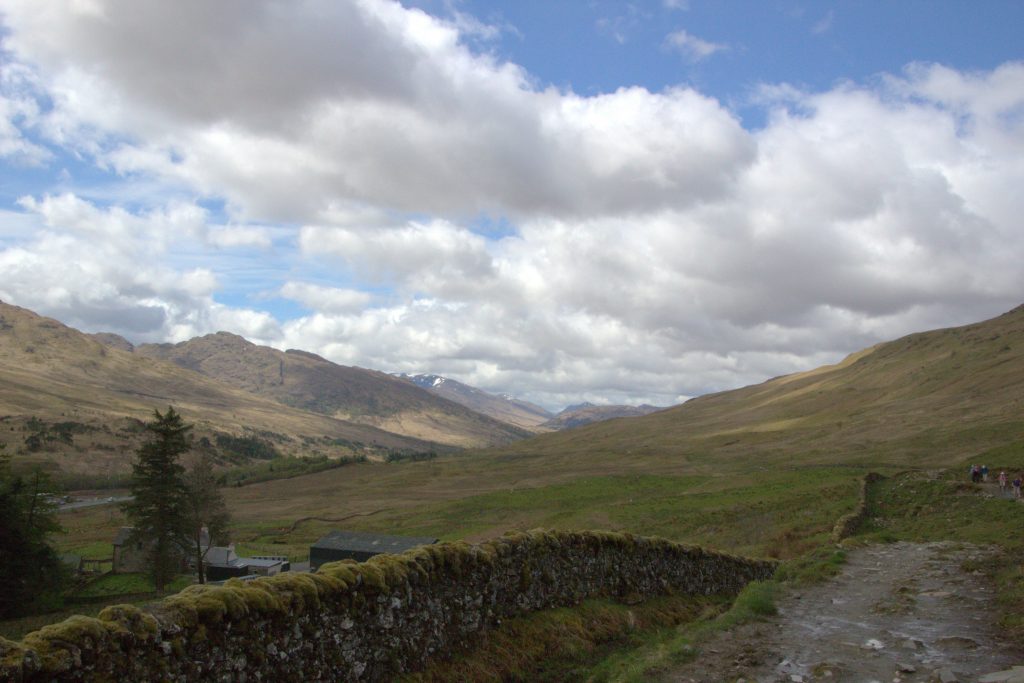 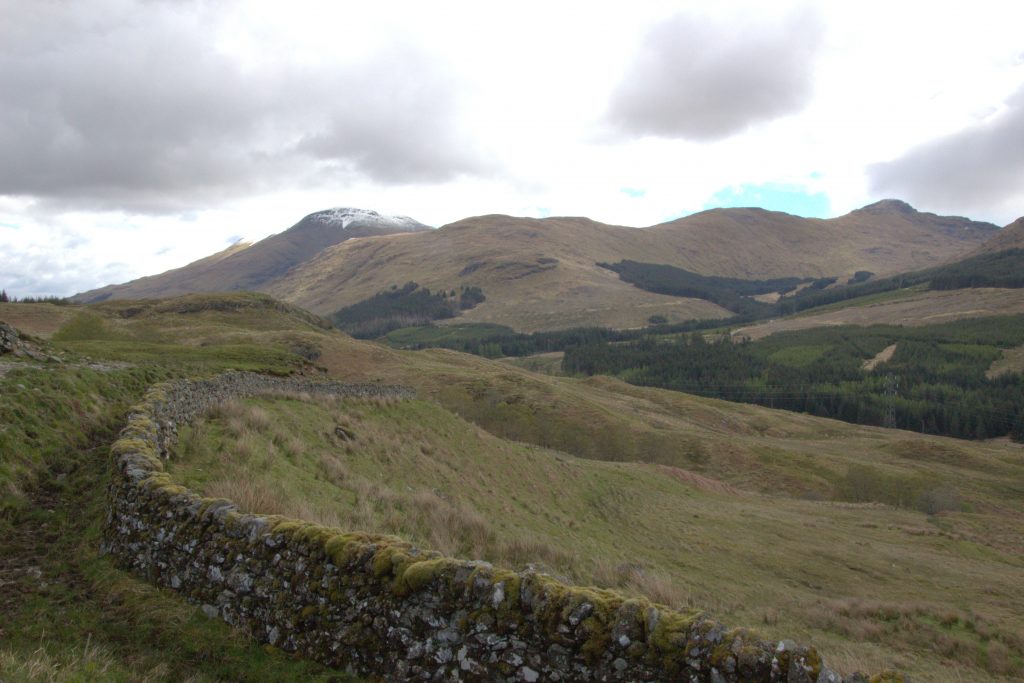 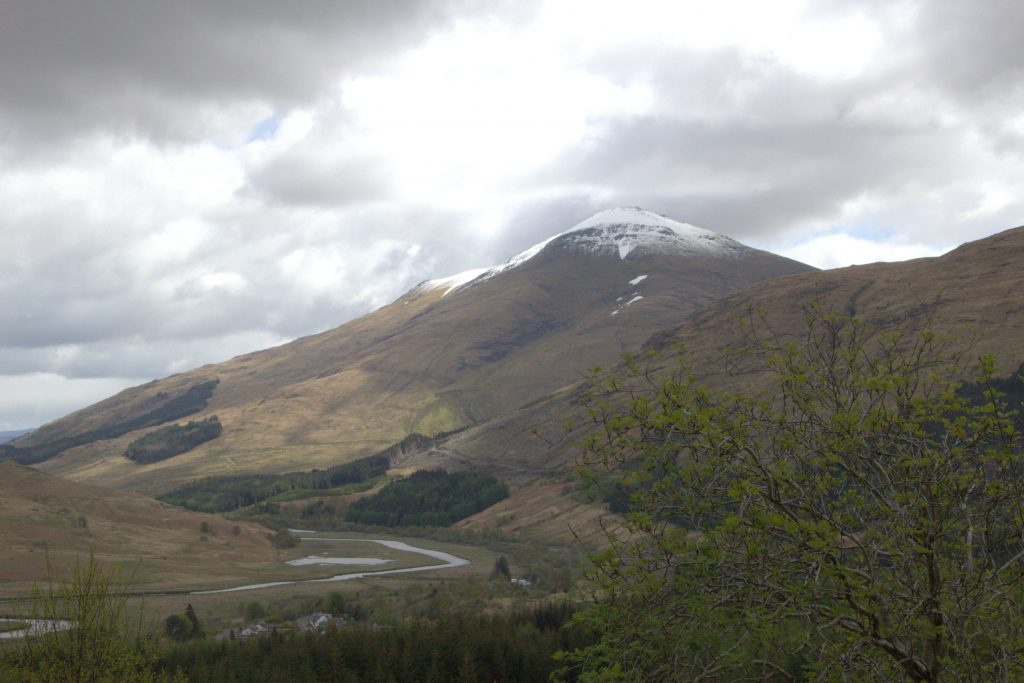 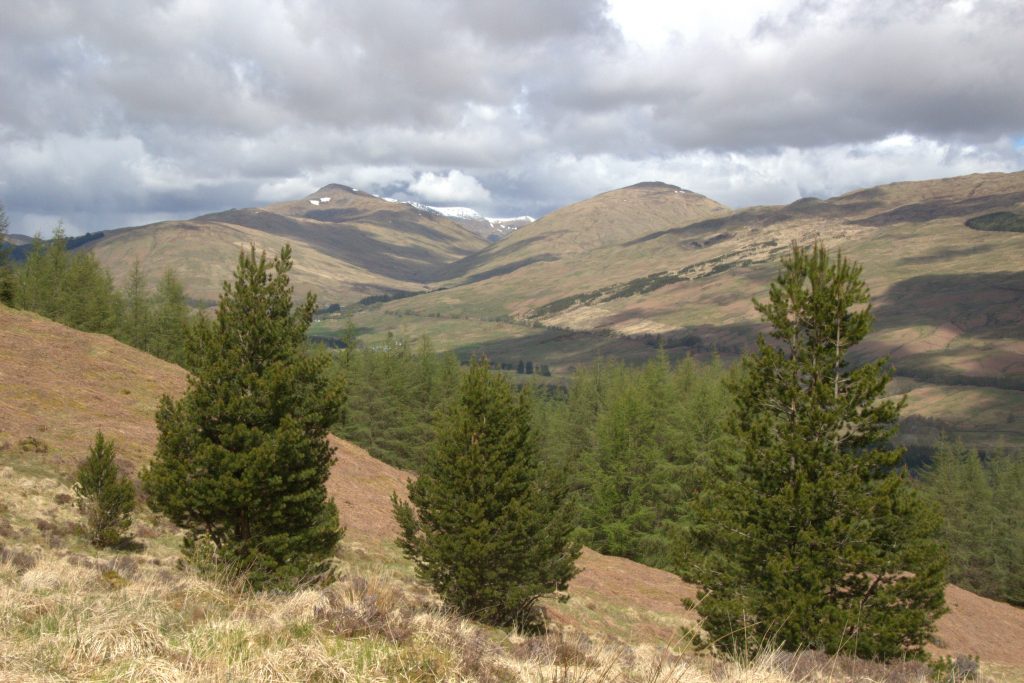 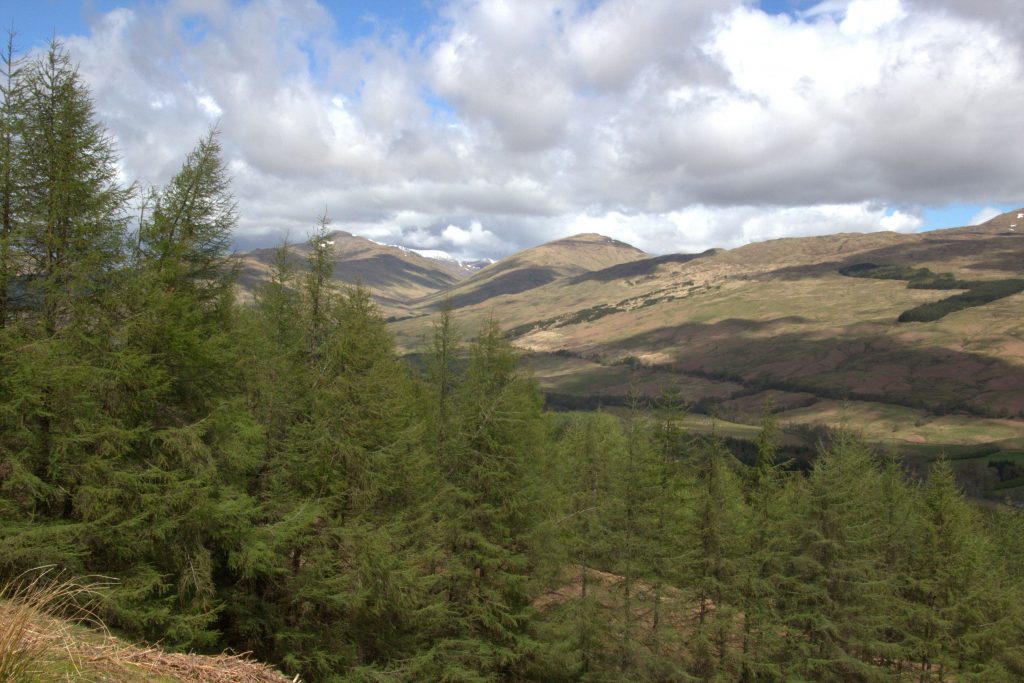 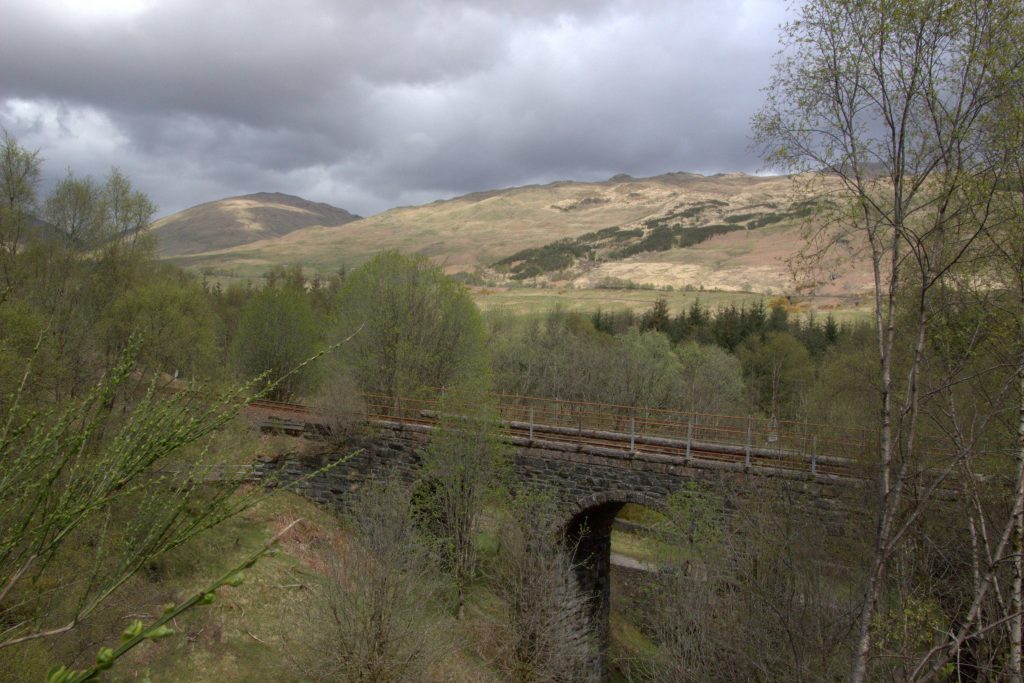 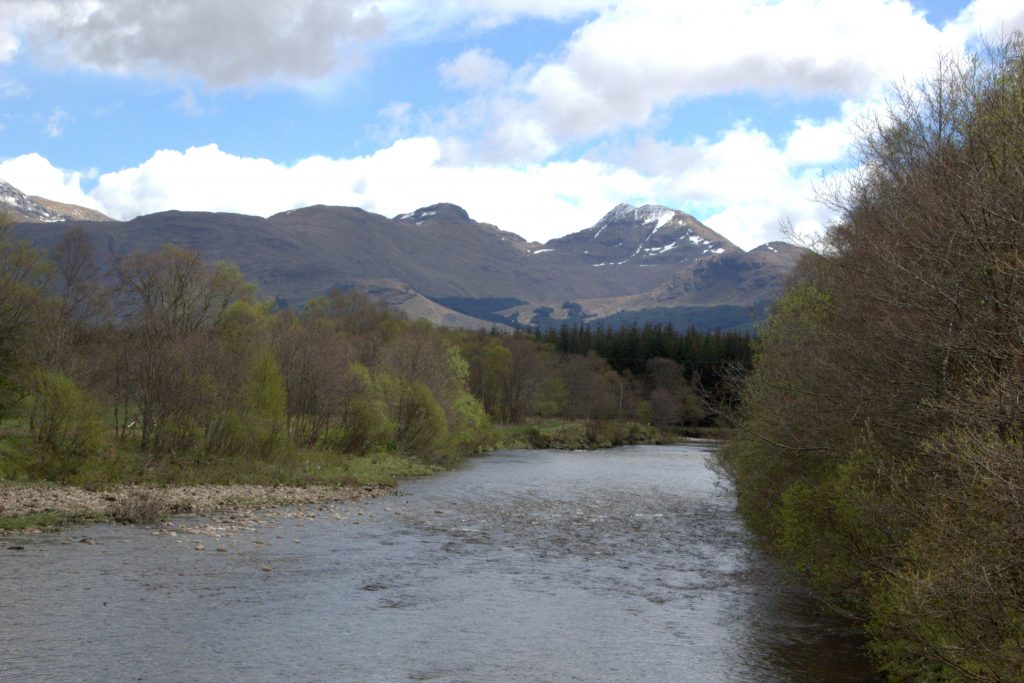 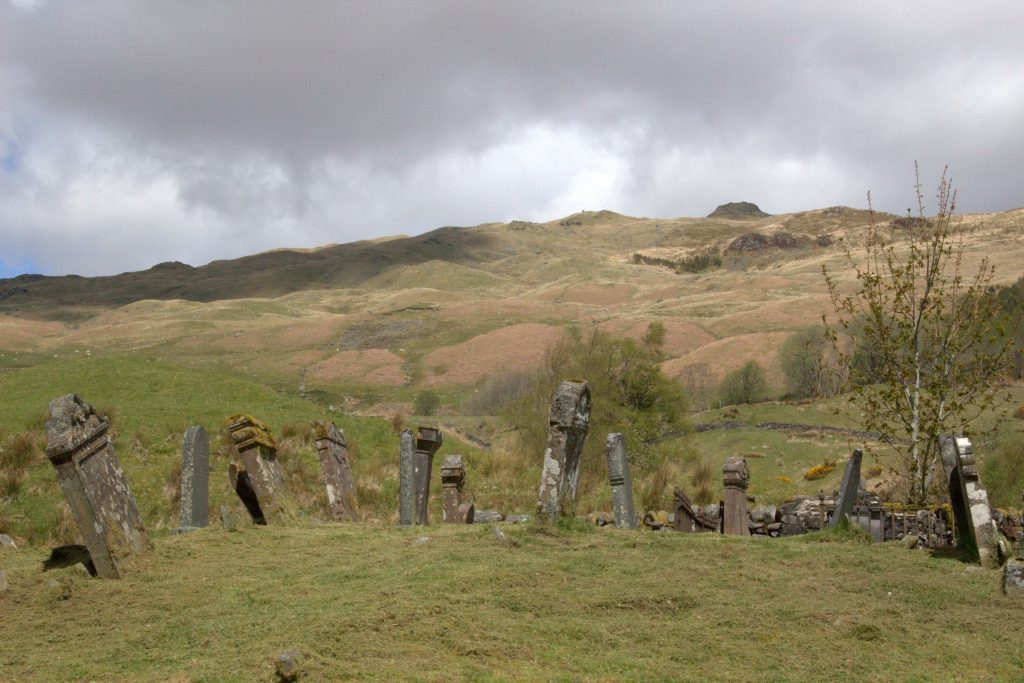 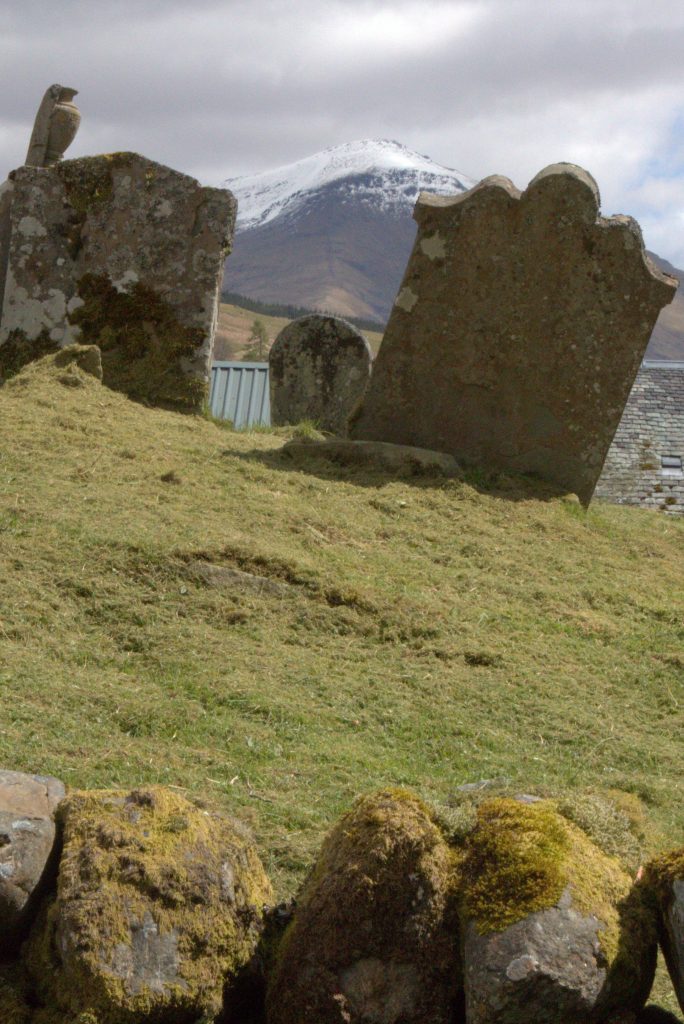 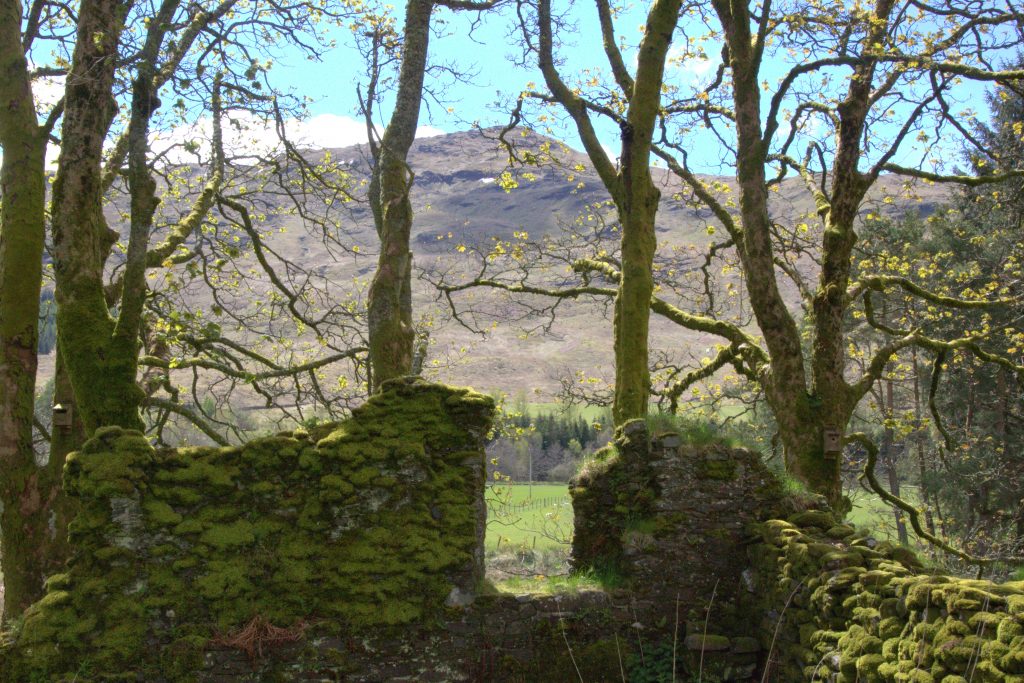