On May 17, we left our lodging in the rain and continued to hike around Loch Lomond. First we climbed up into the oak forests above the Loch, and by midmorning, we had sunshine and beautiful views of the Loch and the hills beyond. At lunchtime, we crossed a large falls on a bridge and arrived at the waterbus center at Inversnaid. We ate our lunch below the hotel at picnic tables in the sunshine. As we finished lunch more rain started. and we hiked back into the forest. As we hiked along a rugged rocky trail, we passed many waterfalls. As we continued through the forest, with oak trees that were twisted in a lovely manner, the boulders covered in moss became larger, and the trail became more difficult. We stopped at a sign pointing to Rob Roy's Cave and scrambled down to the cave. It wasn't much of a cave for the famous outlaw. The sun came out early in the afternoon and we reached the north end of the Loch with a final great view. We climbed above the Loch and found views of the village of Ardlui on the Loch with impressive mountains on the other side. We continued to climb through open moorland and it started to rain again as we crossed a pass and descended to our accommodations in the next valley at Inverarnen. We ate dinner at the Drovers Inn, which was built in 1705. The Inn had a great deal of rough character, and I had a nice salmon dinner. 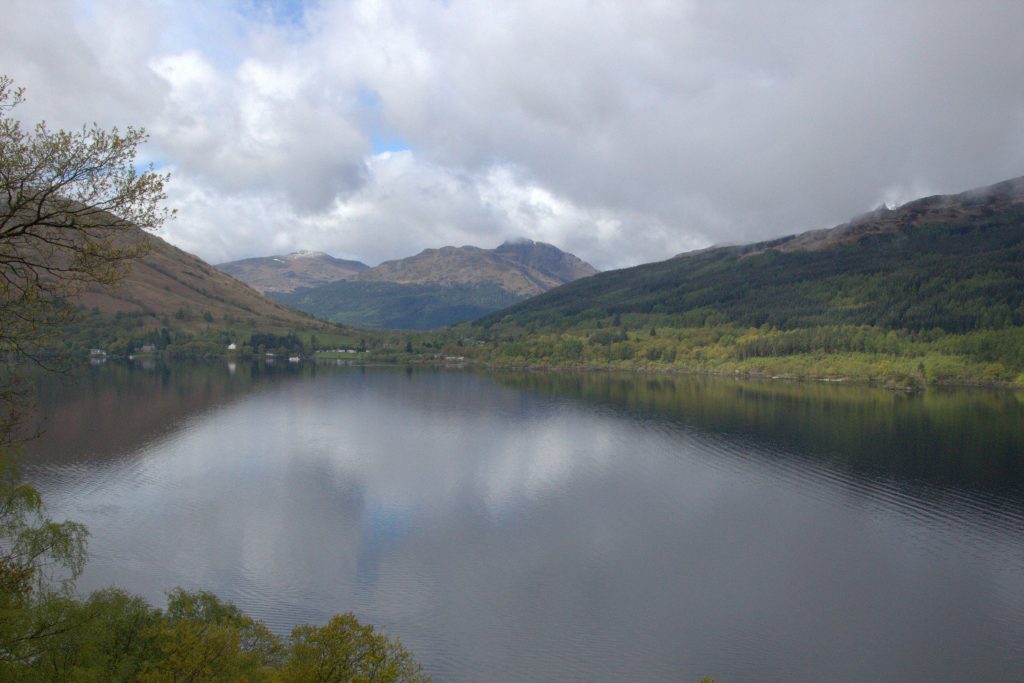 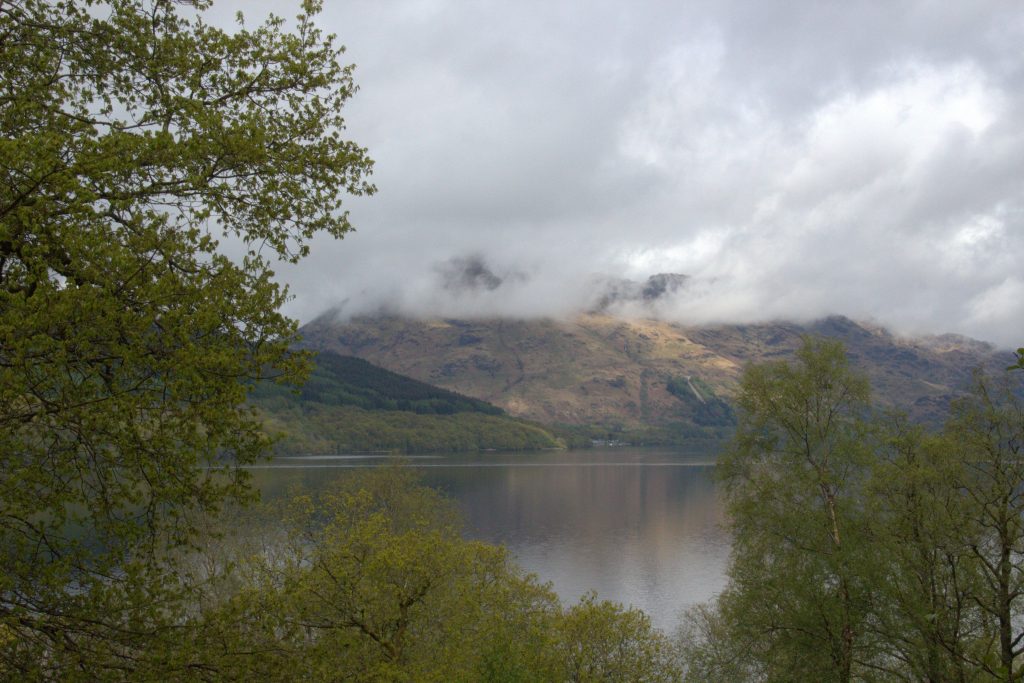 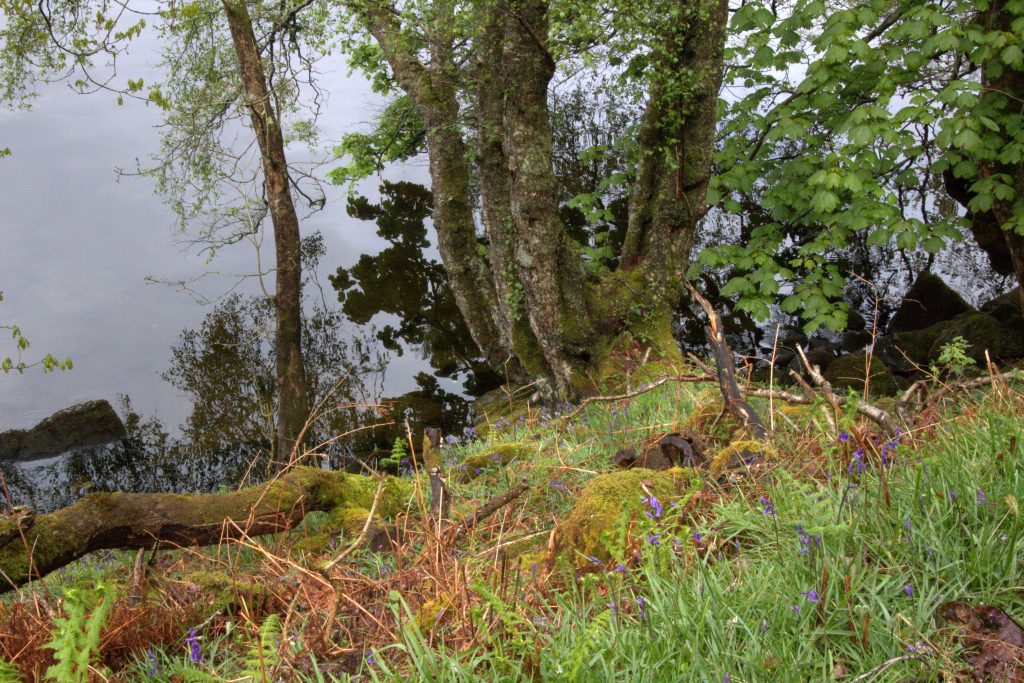 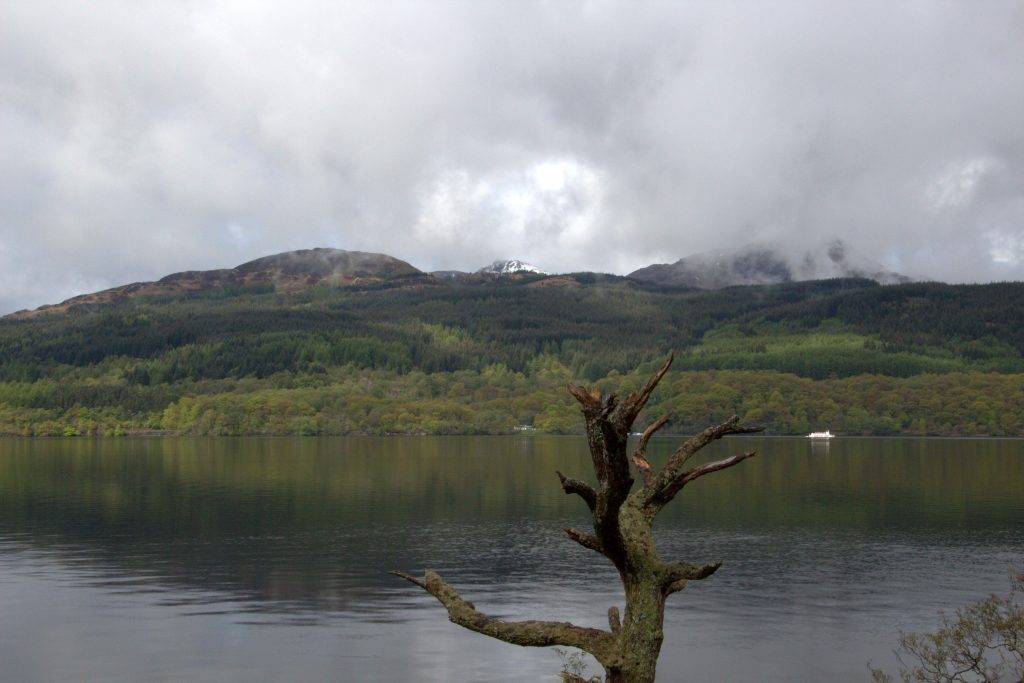 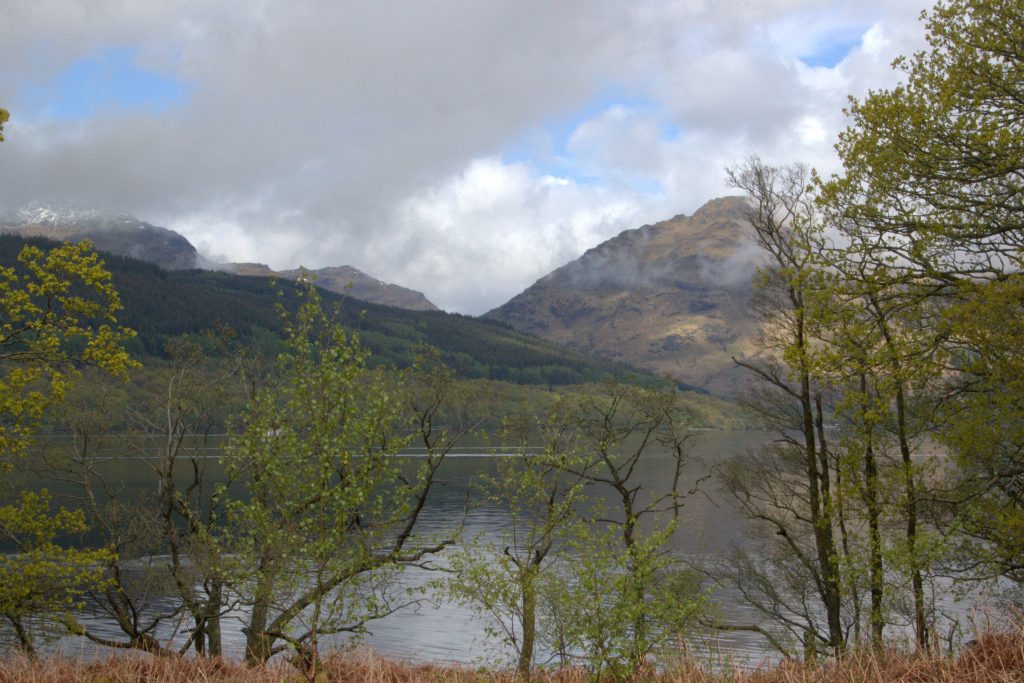 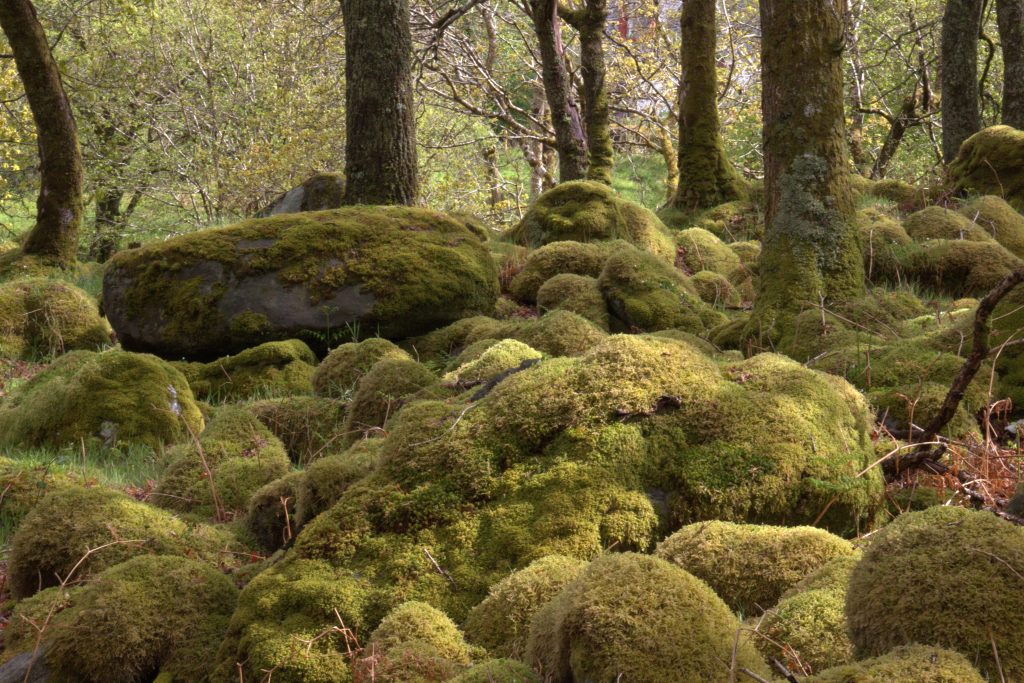 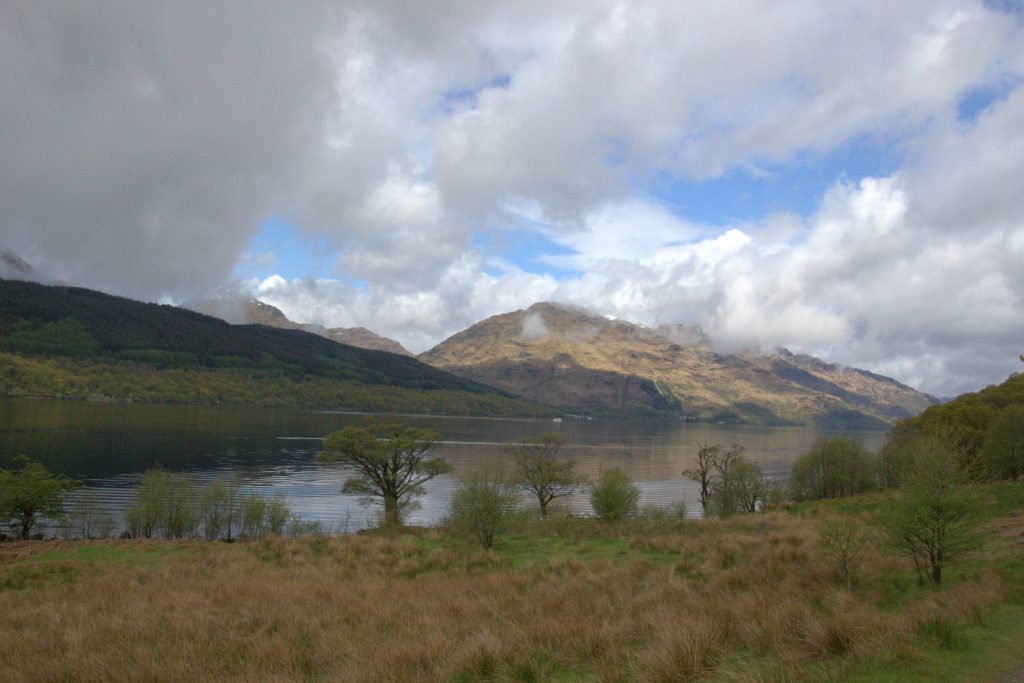 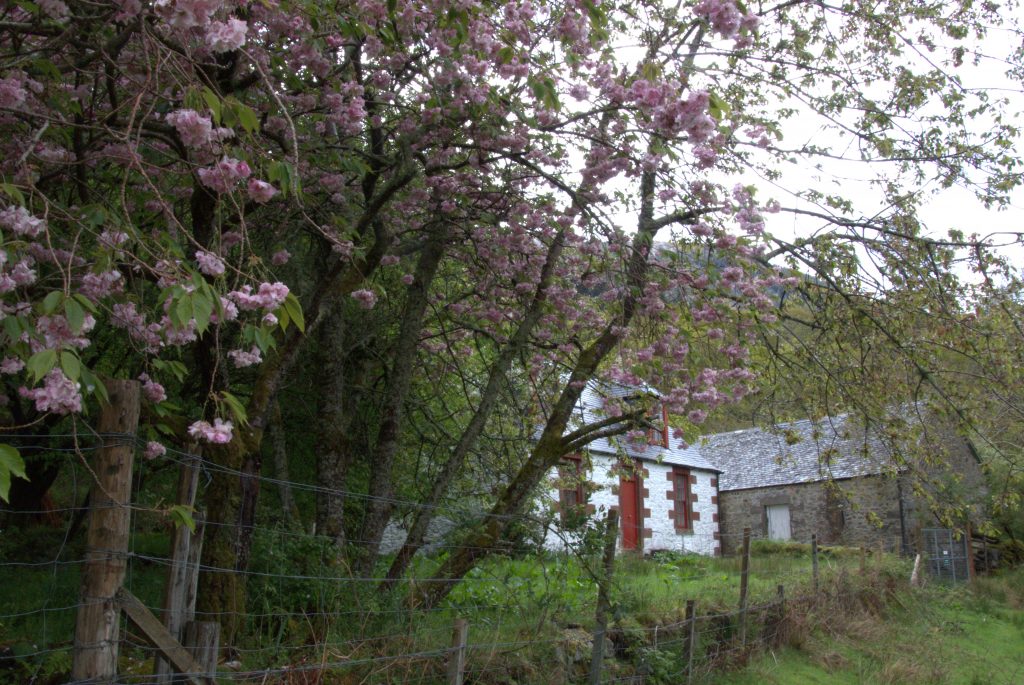 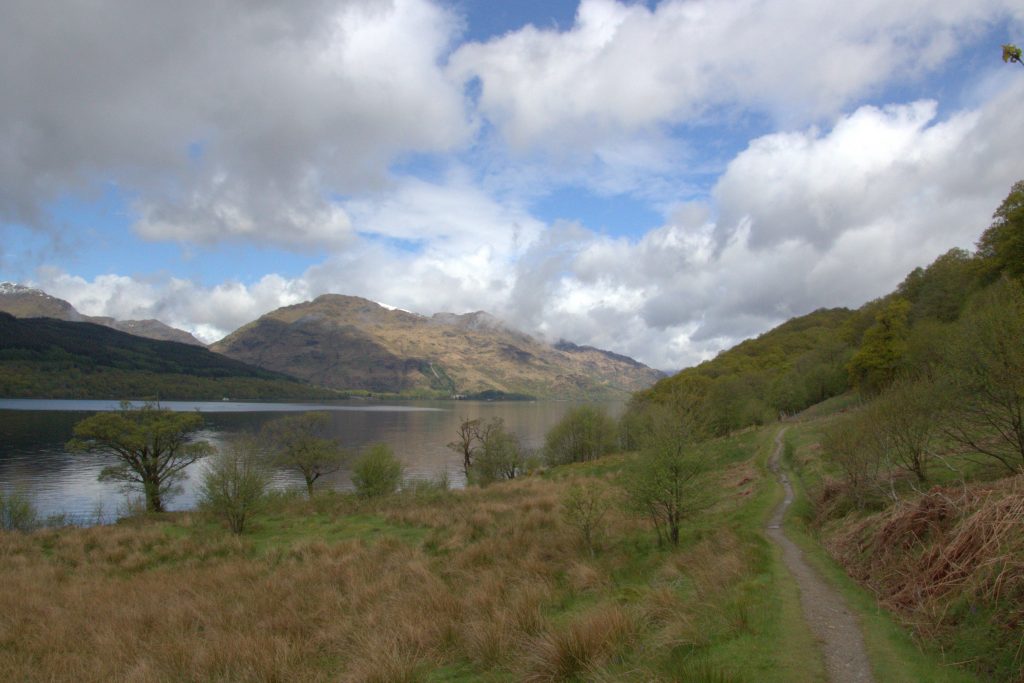 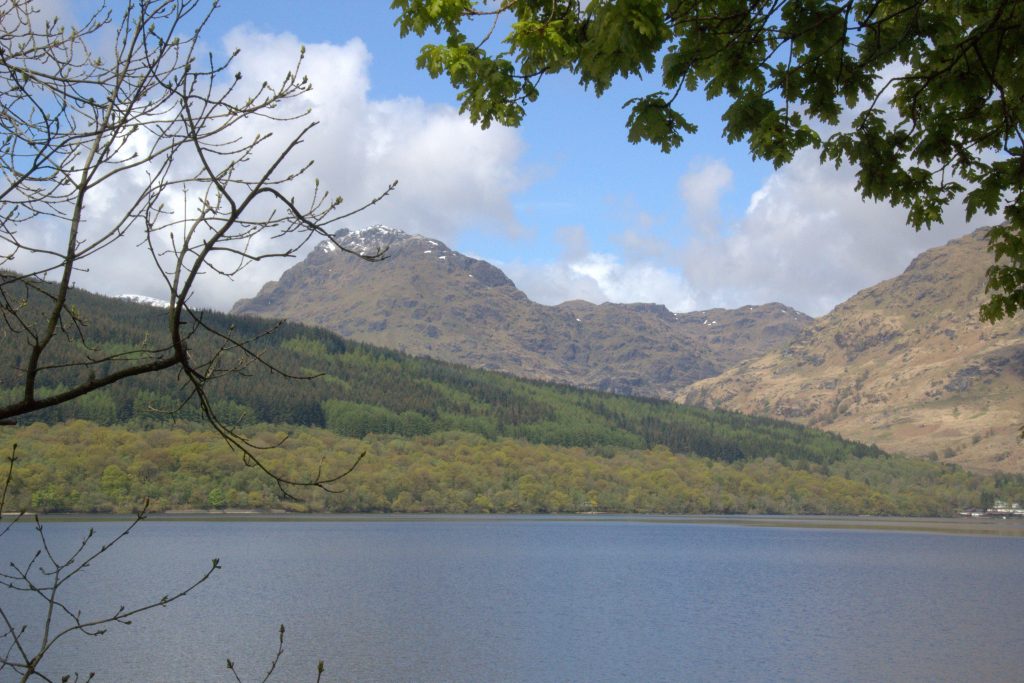 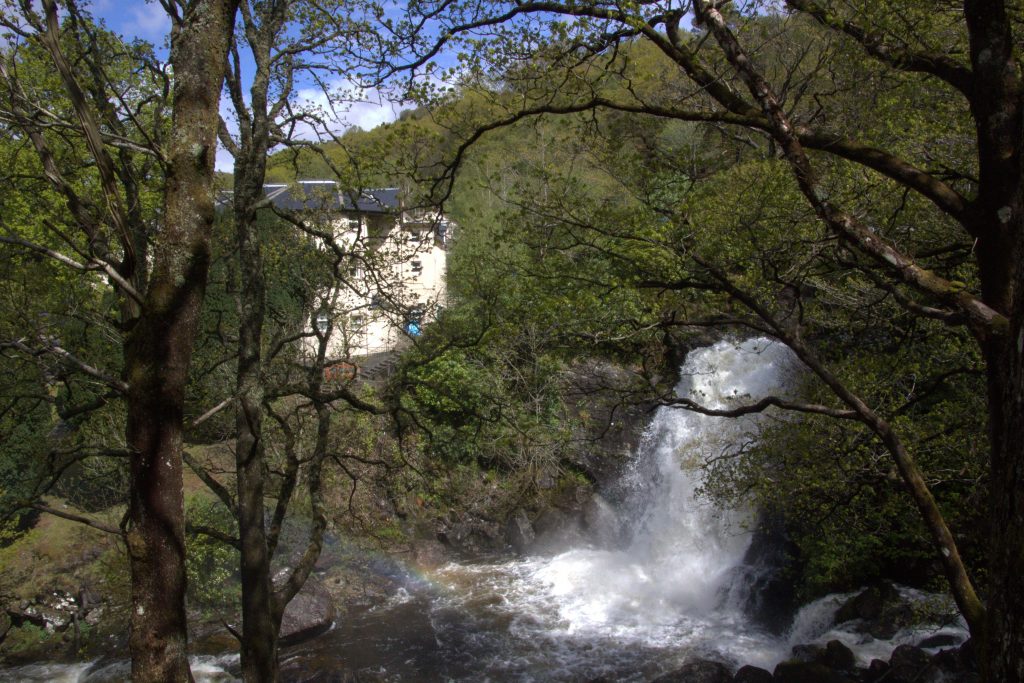 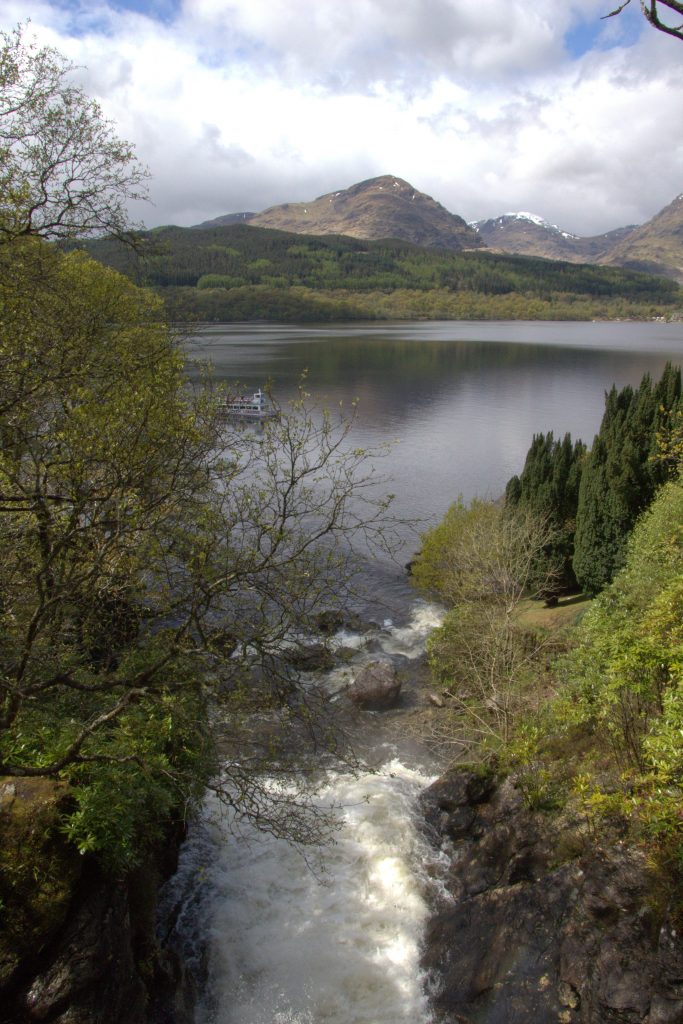 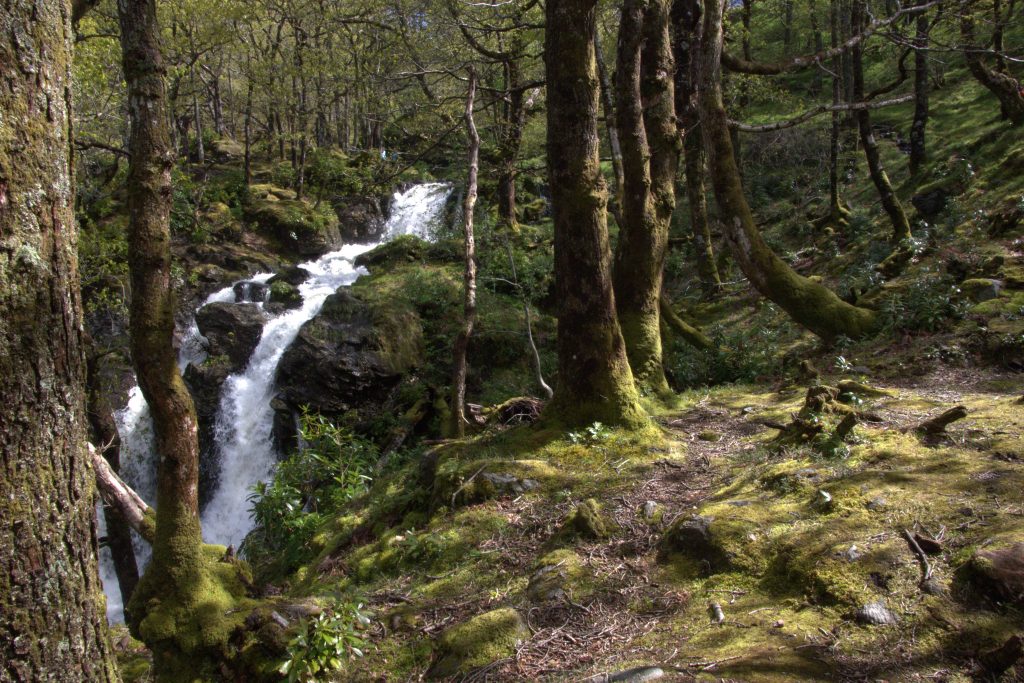 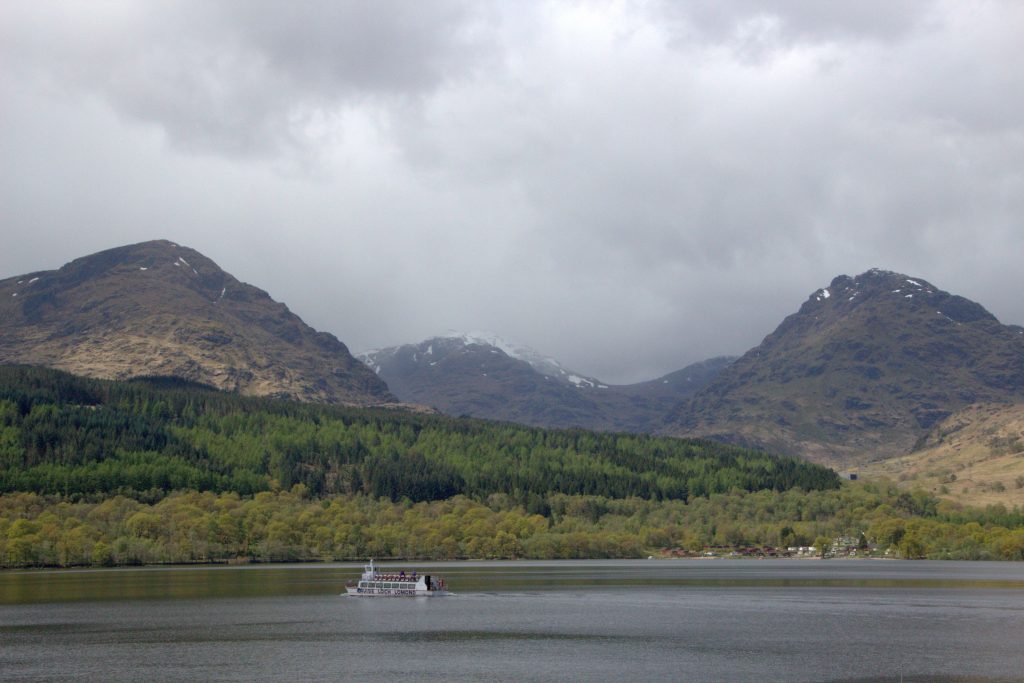 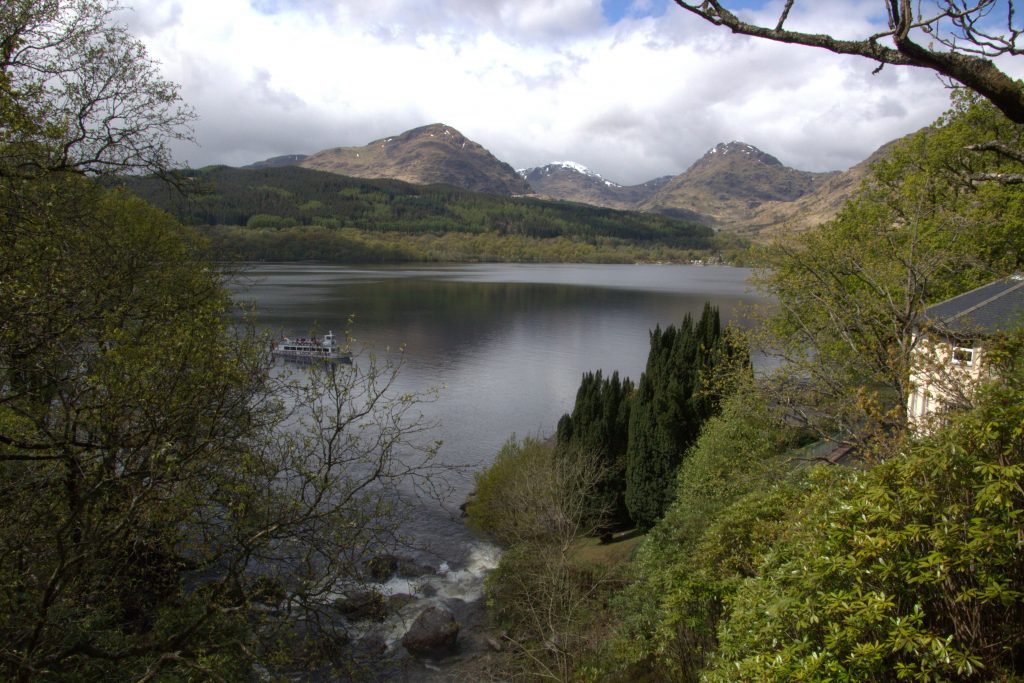 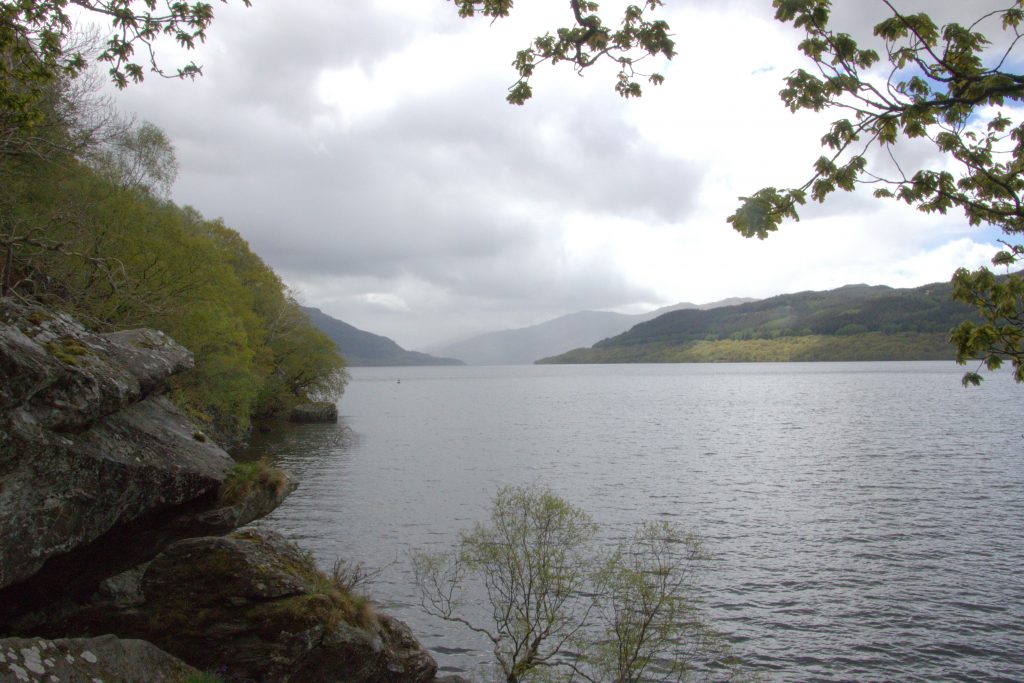 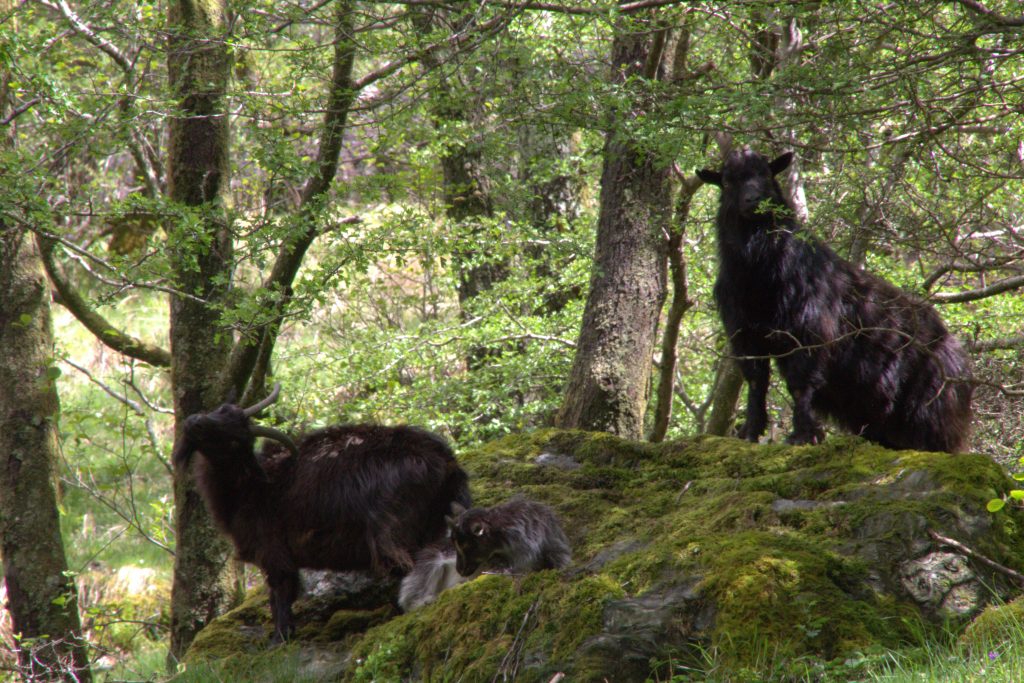 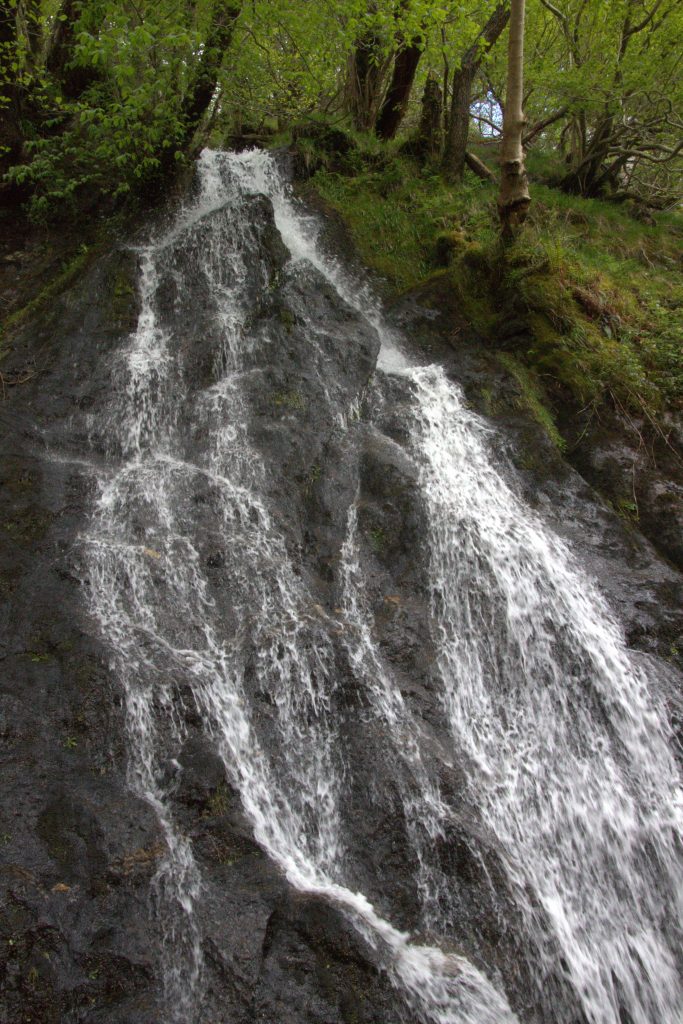 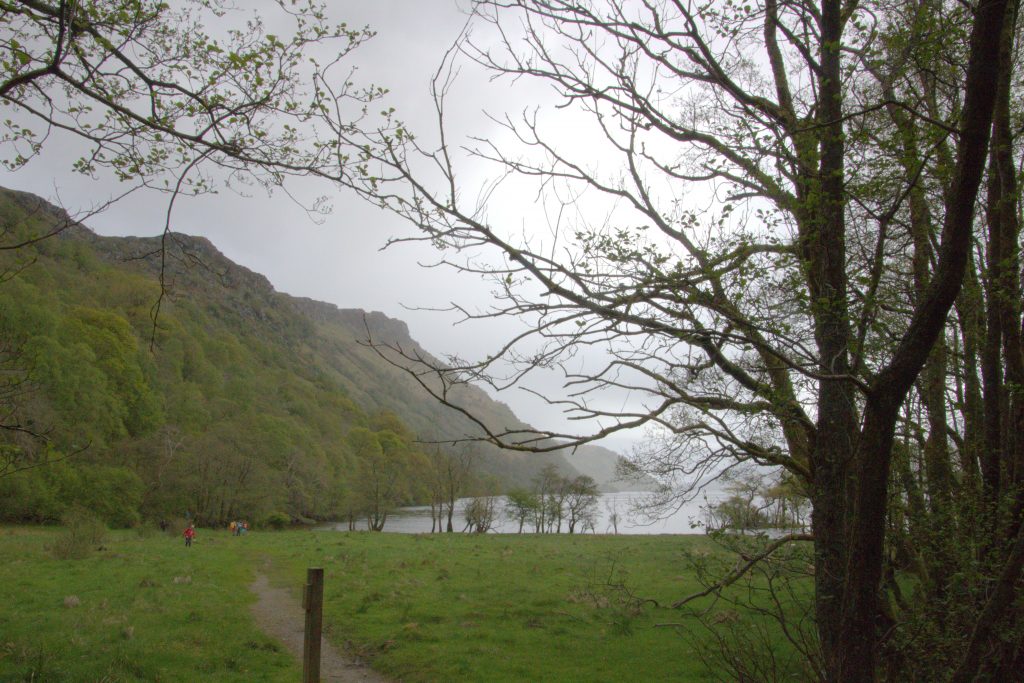 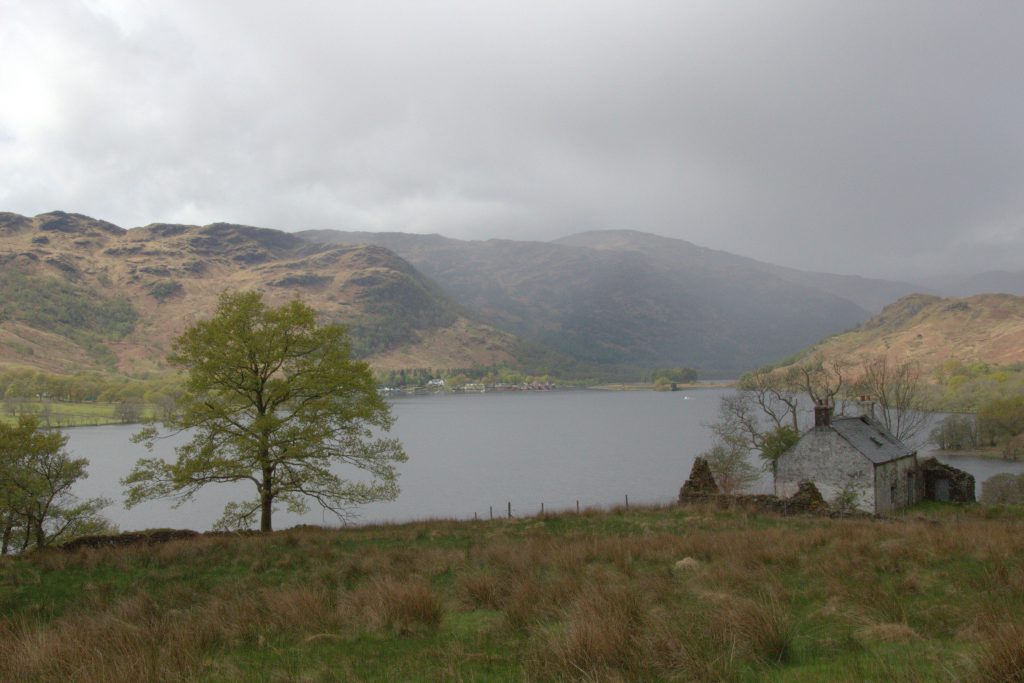 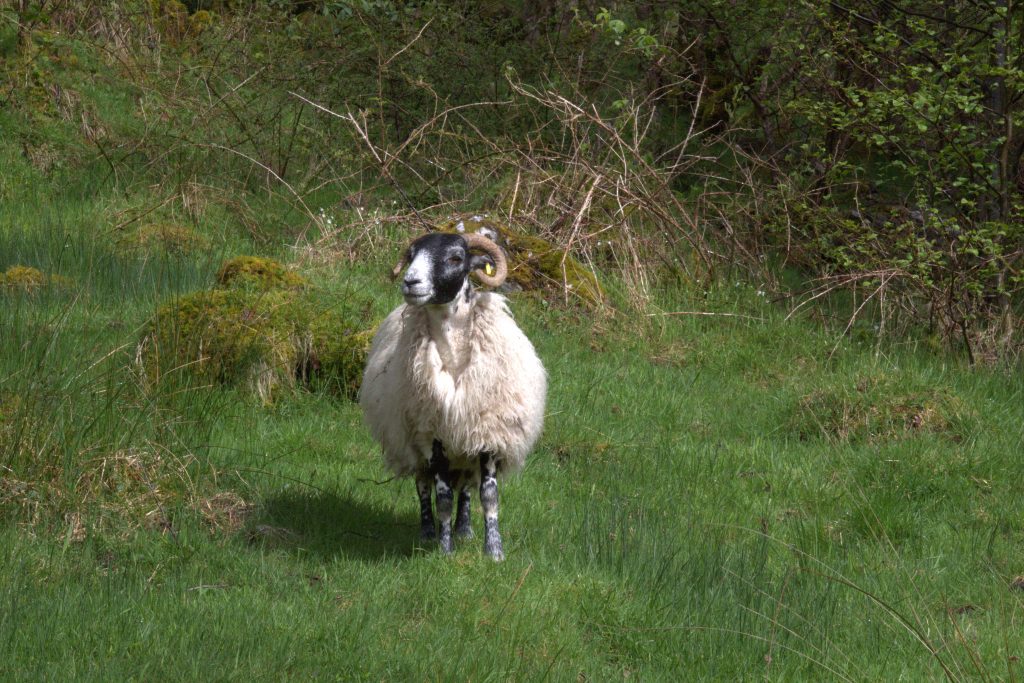 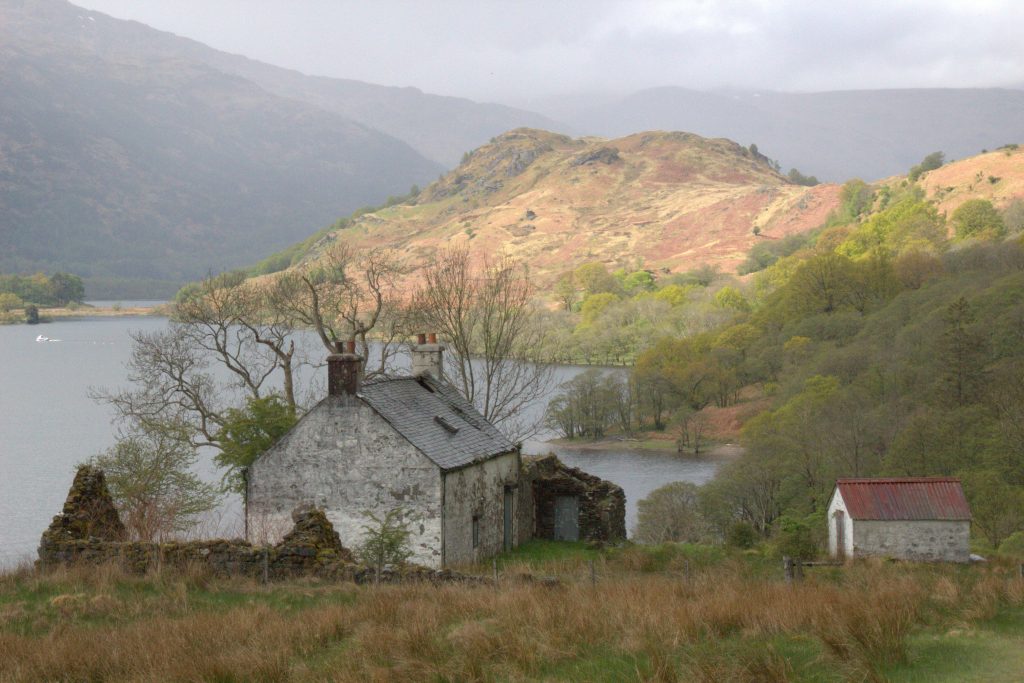 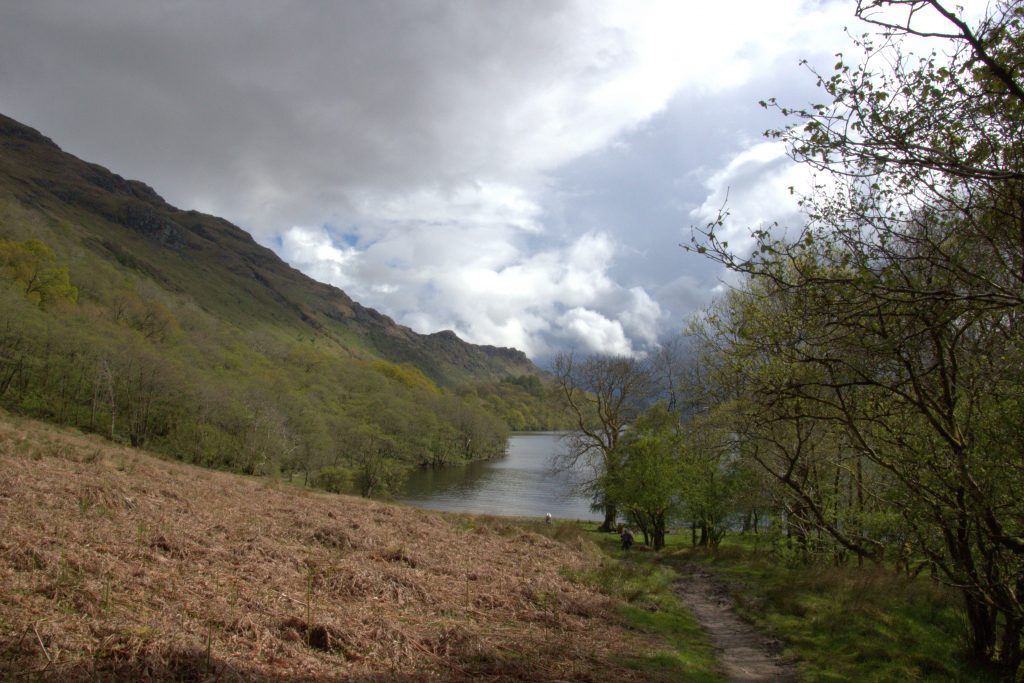 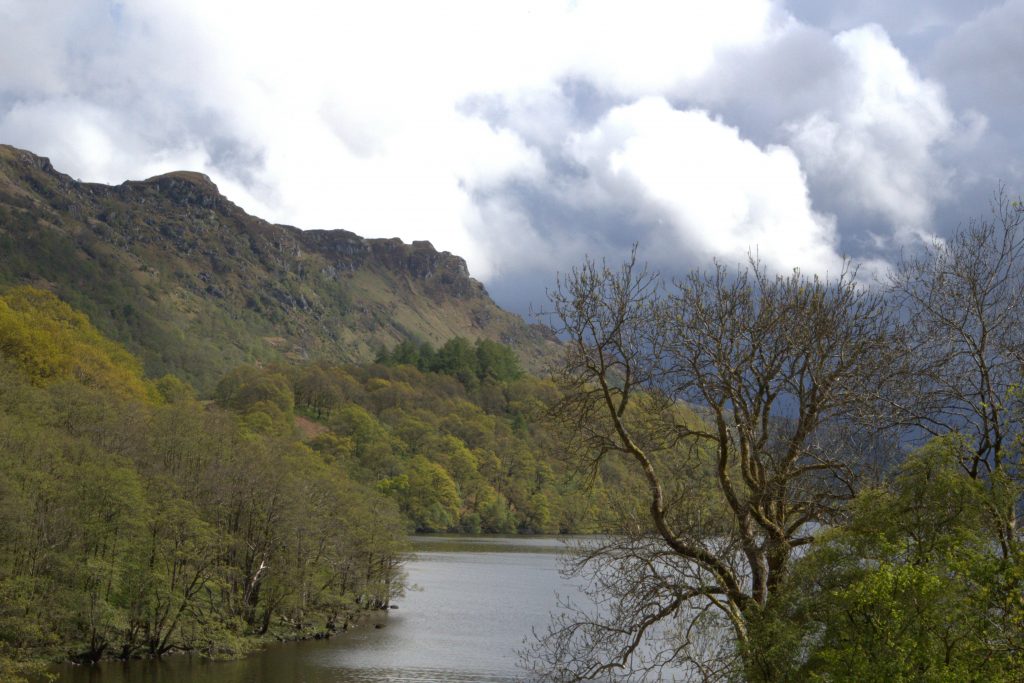 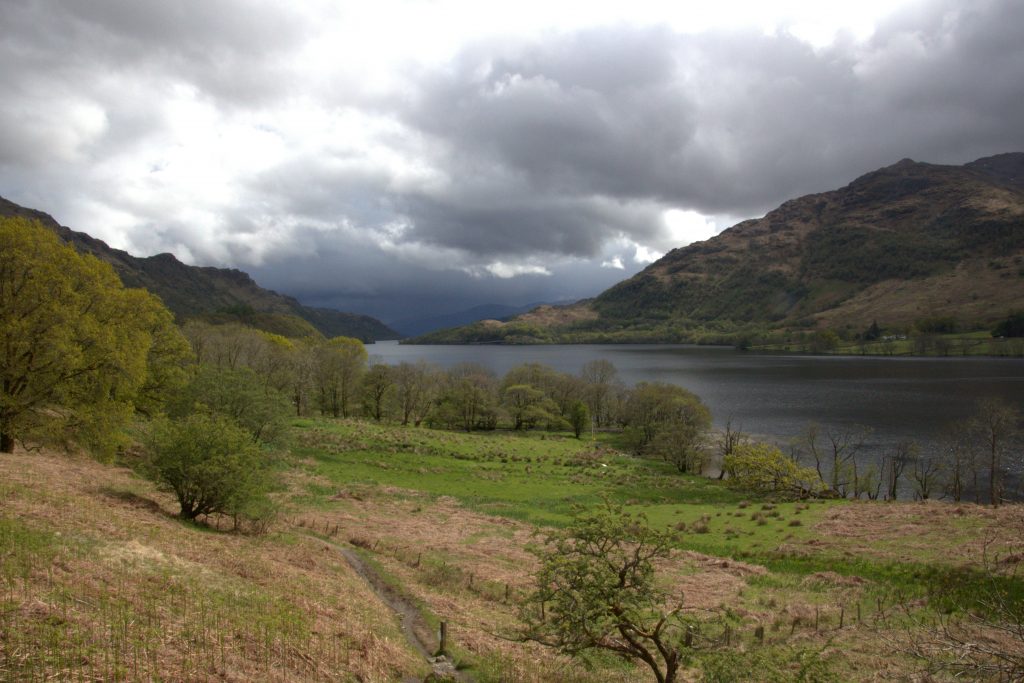 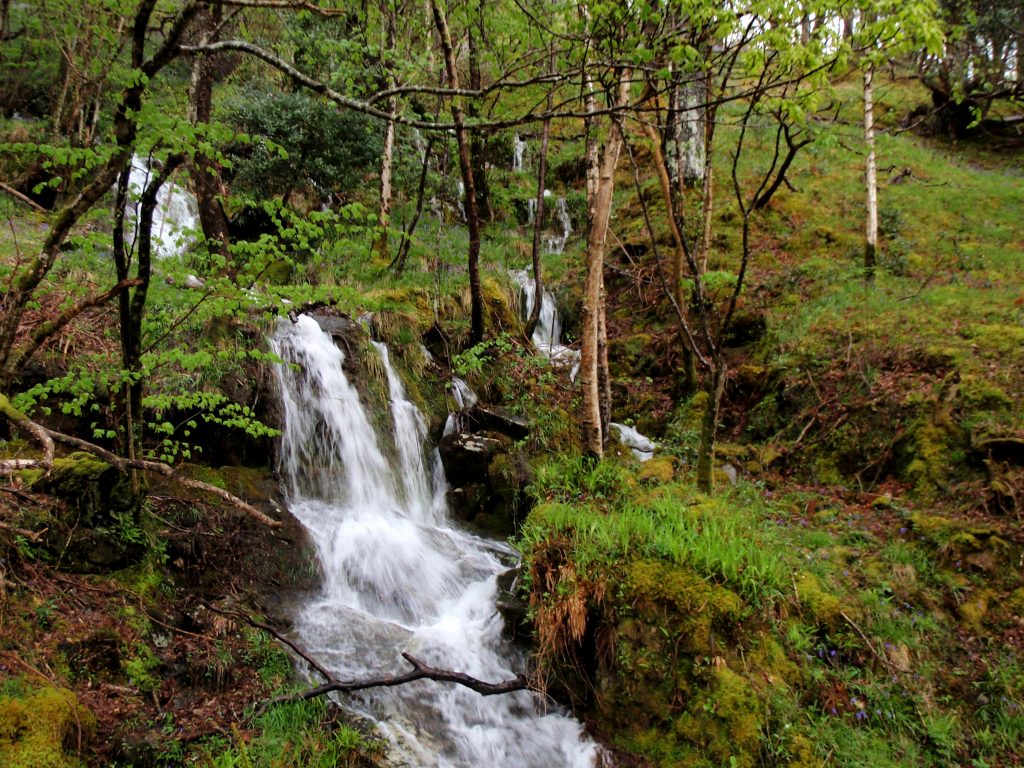 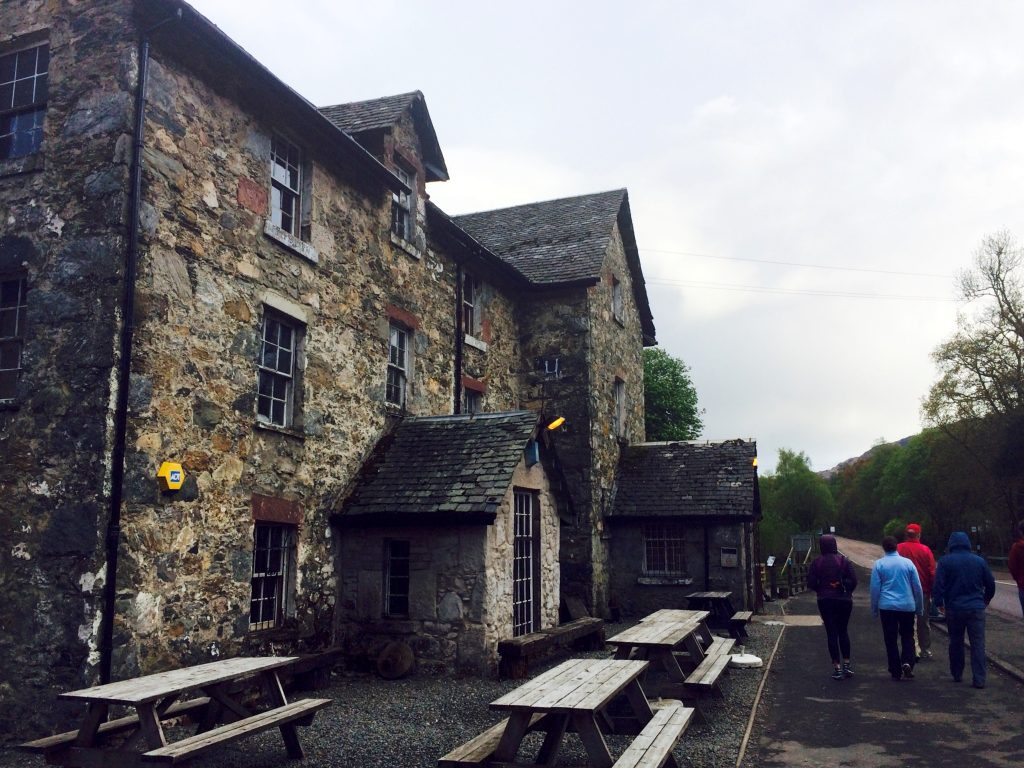