On May 17, we started our hike out of Drymen under overcast skies. We climbed through forests and could see high hills all around and especially Conic Hill dominating the scenery. We walked through open moorland and started to climb Conic Hill surrounded by bushes of heather. It was a vigorous climb on a good trail, as we climbed towards a shoulder where we could see the trail curve around to the other side of the high hill. The weather had been alternating between rain and sunshine, and when we reached the pass on the high shoulder, it was not raining. A few of us hiked ahead and climbed the short distance to the top of the hill where there were sweeping 360 degree views, including views of Loch Lomond and its islands. We celebrated summiting the hill - it was officially a hill but climbing it felt like climbing a mountain. As we descended the hill it started raining and was raining heavily when we hiked down into a beautiful forest of tall evergreens and on down to the tourist village of Balmaha on Loch Lomond, where we had lunch in a restaurant decorated with all types of plates on the wall. 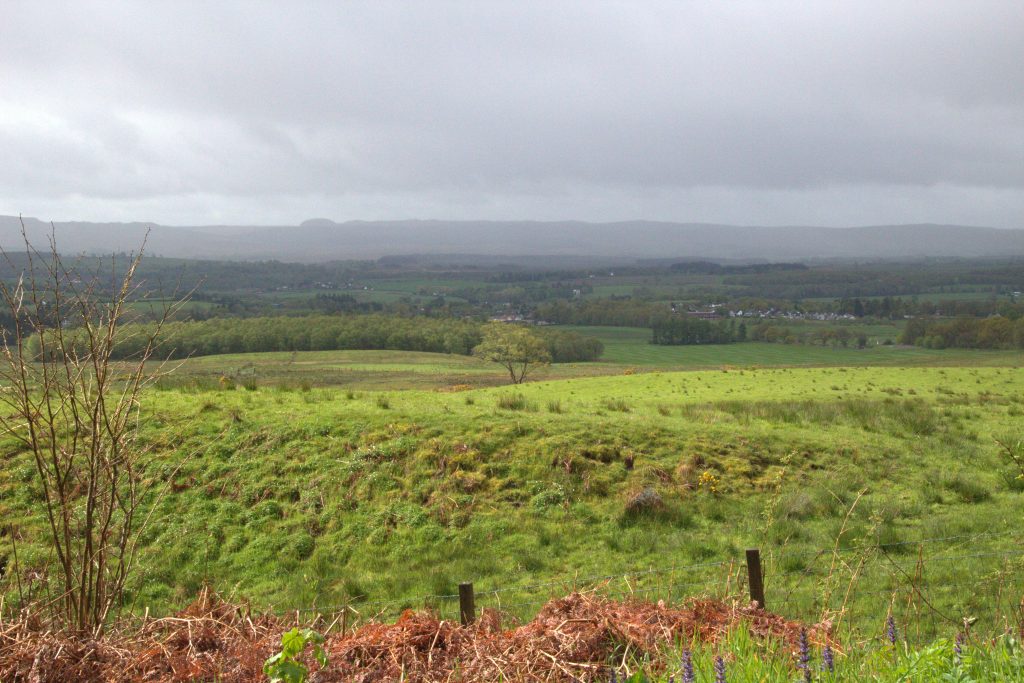 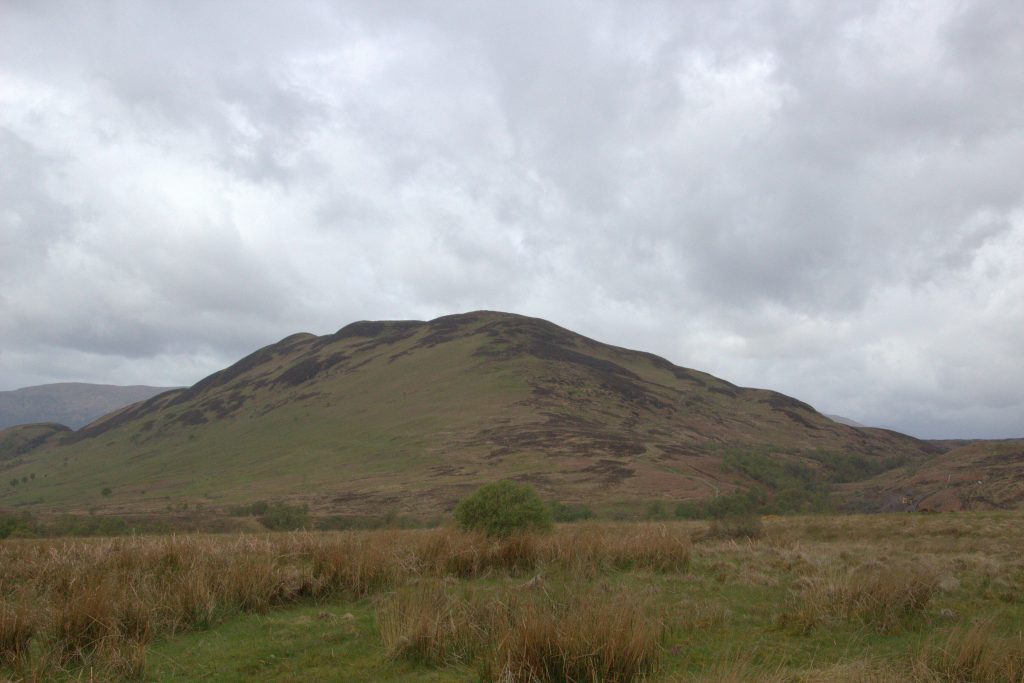 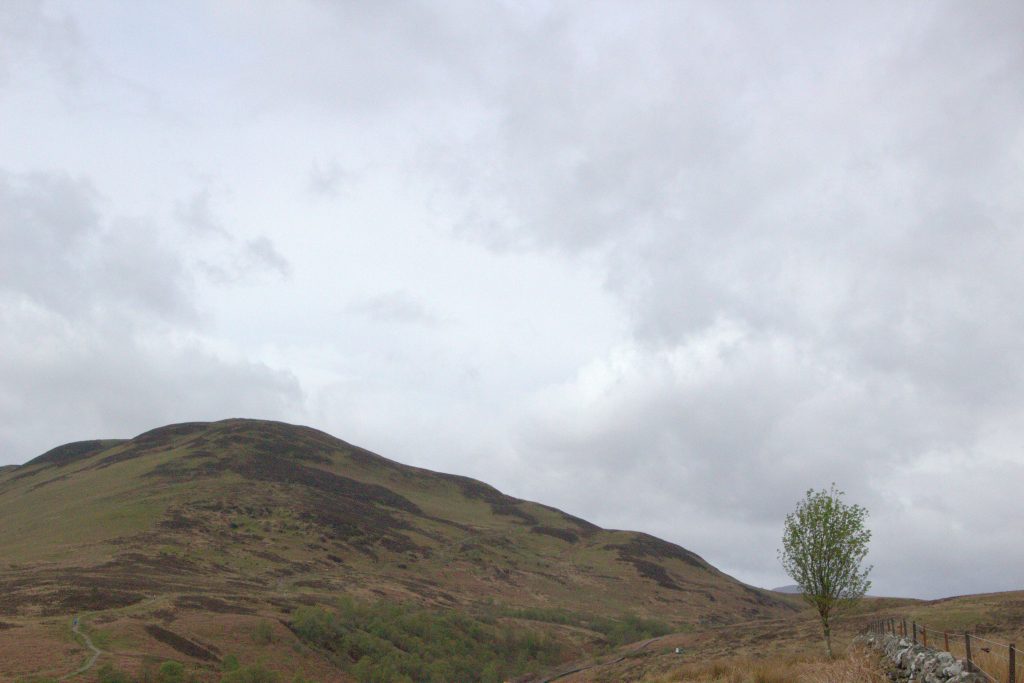 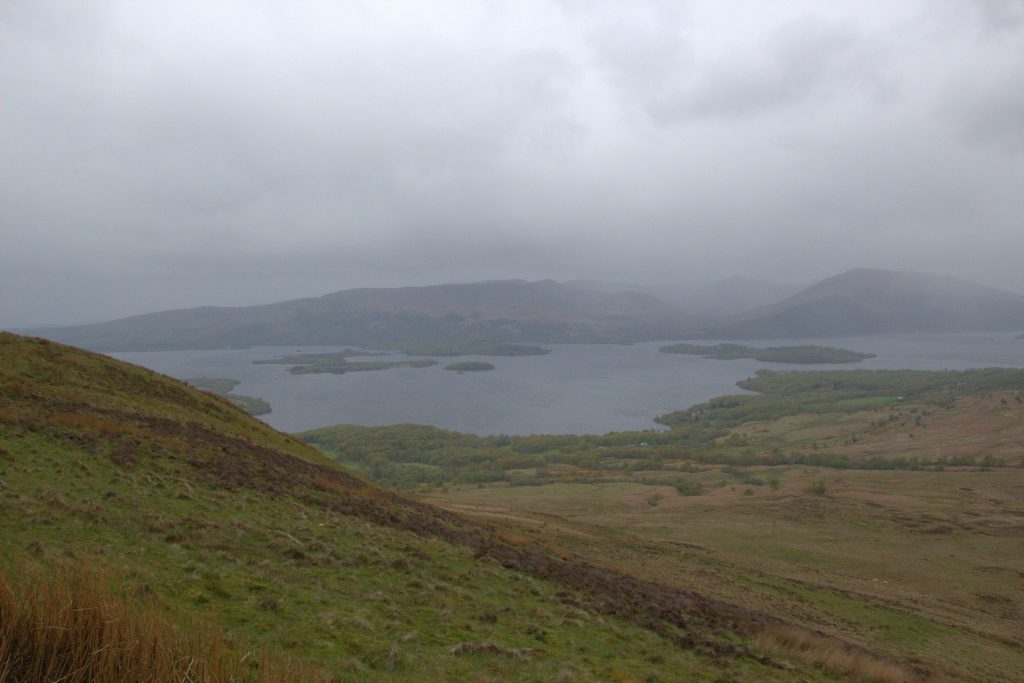 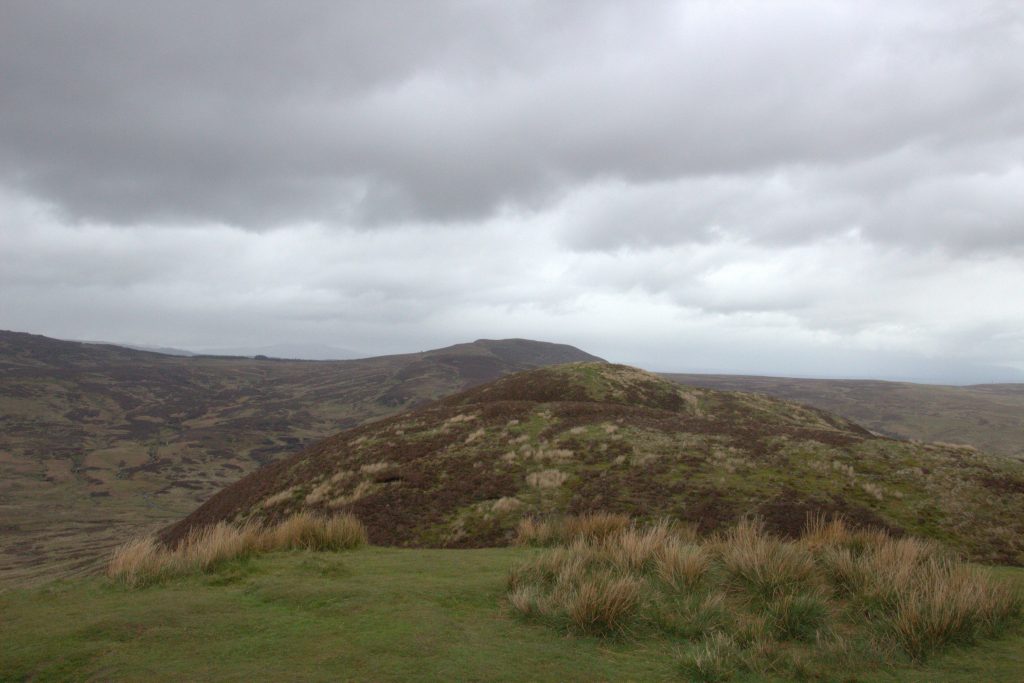 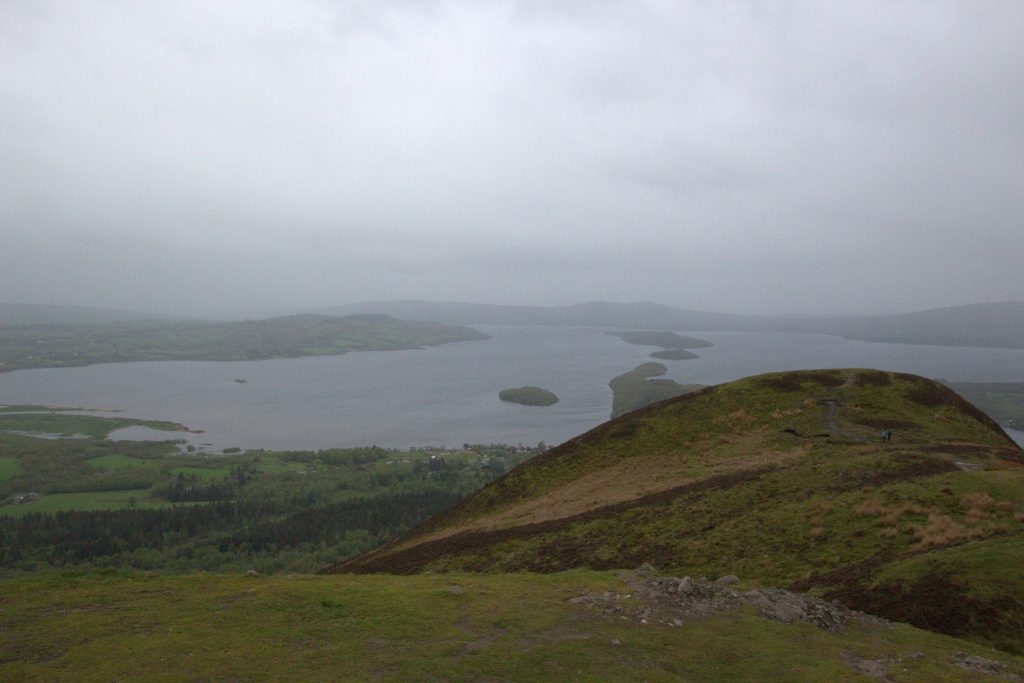 Loch Lomond is the largest body of fresh water in Great Britain and encompasses 27 square miles and is 23 miles long, and at its deepest, 623 feet deep. It took us all of the afternoon and most of the next day to walk around its eastern side. The weather was nice when we started to walk again after lunch. We hiked the deciduous forests above the shoreline which were carpeted with bluebells, white stitchworts and occasional yellow primrose. The views across the Loch from the stony beaches to the far hills were spectacular. Later, it started to rain again as we climbed several hills through the deciduous forest to a bed and breakfast at Braeside where we finished our twelve mile walk and spent the night, taking shelter from the rain. 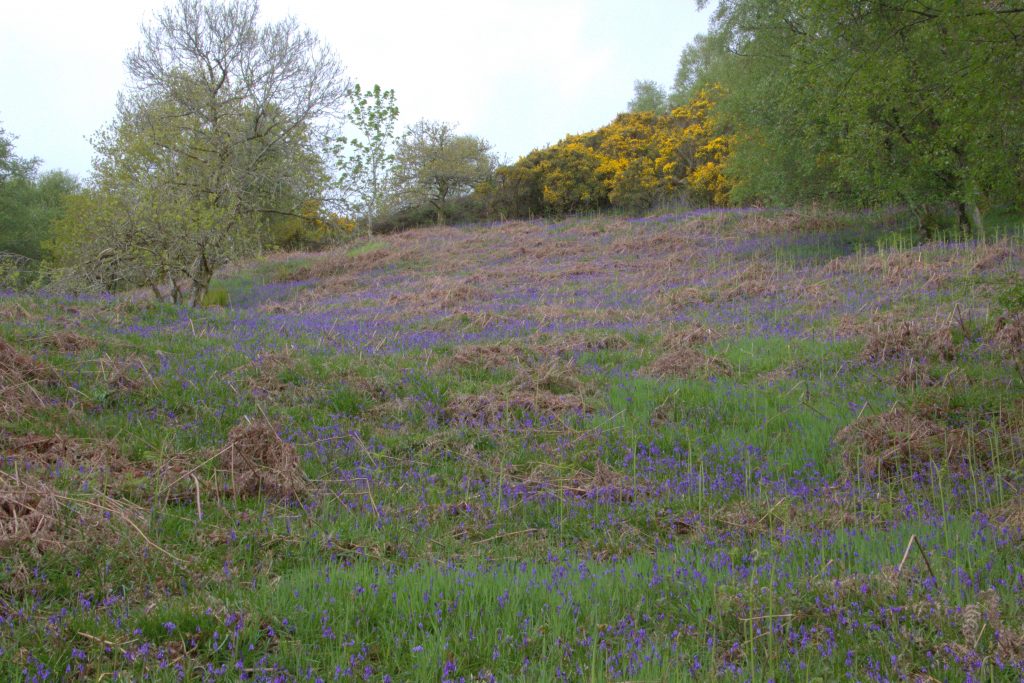 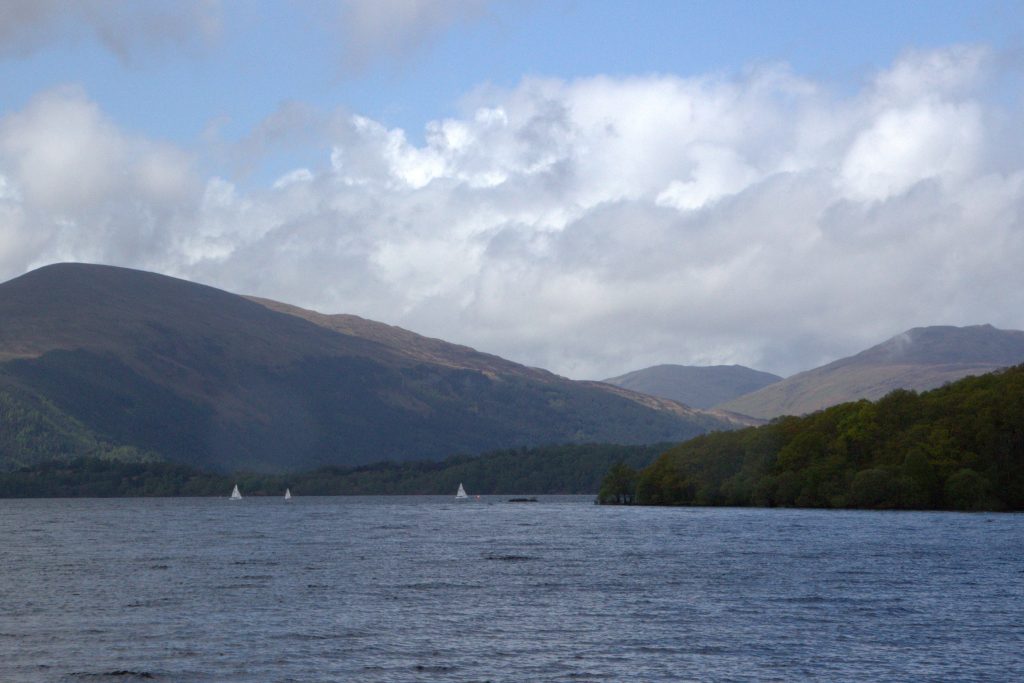 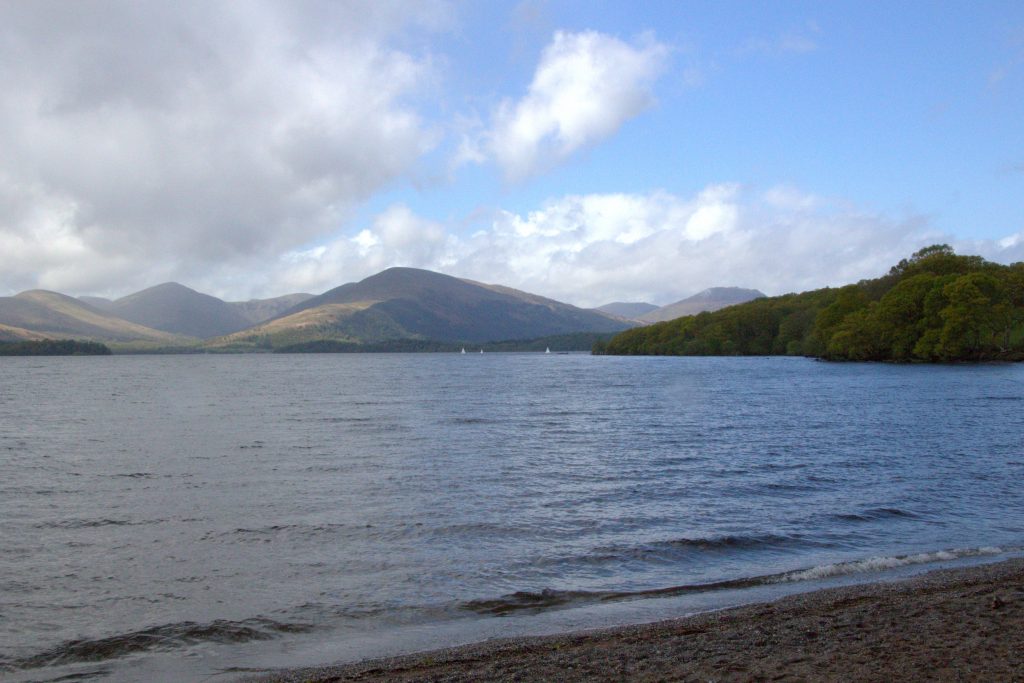 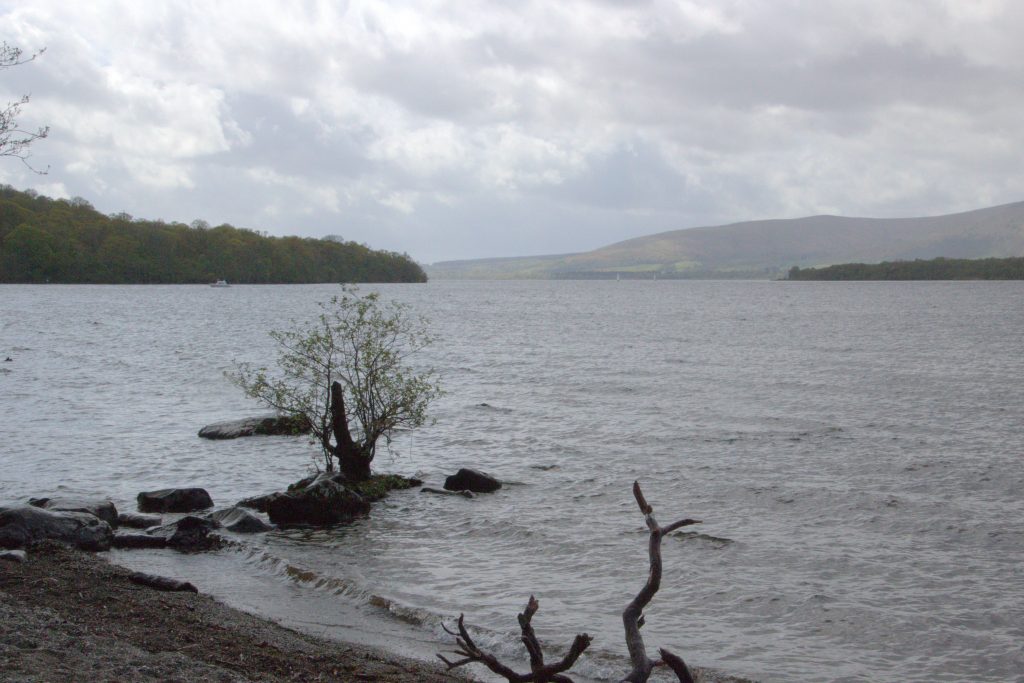 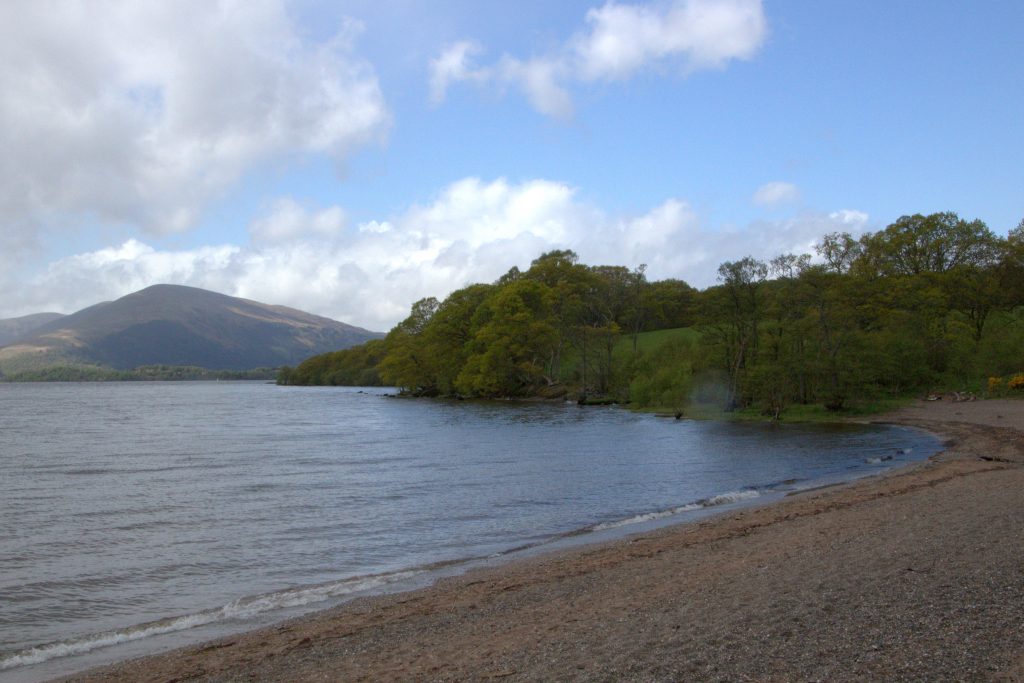 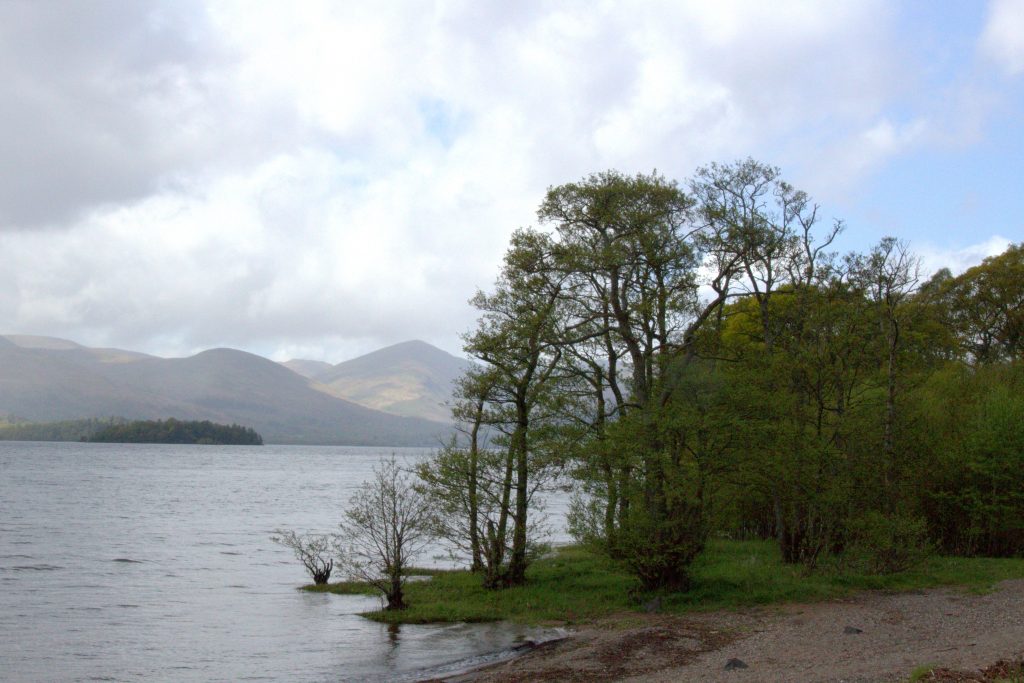 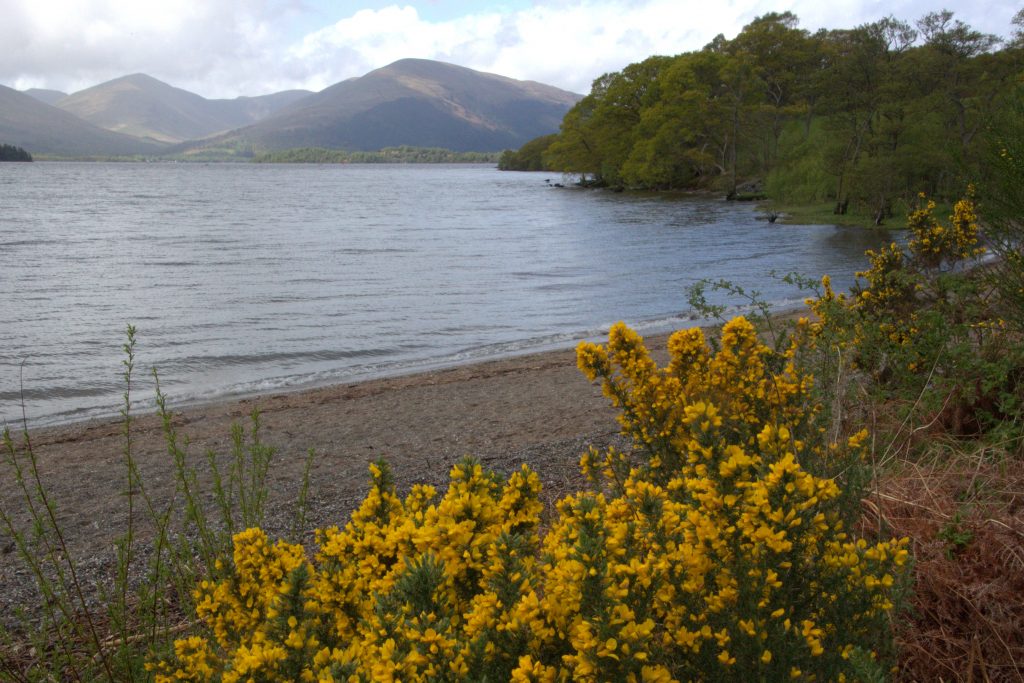 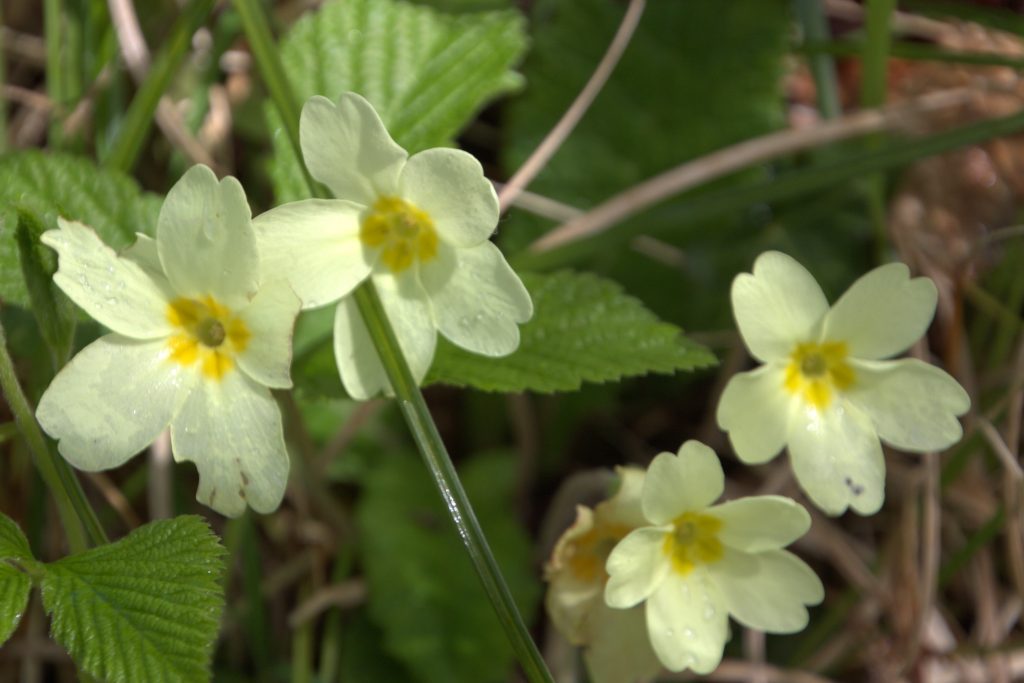 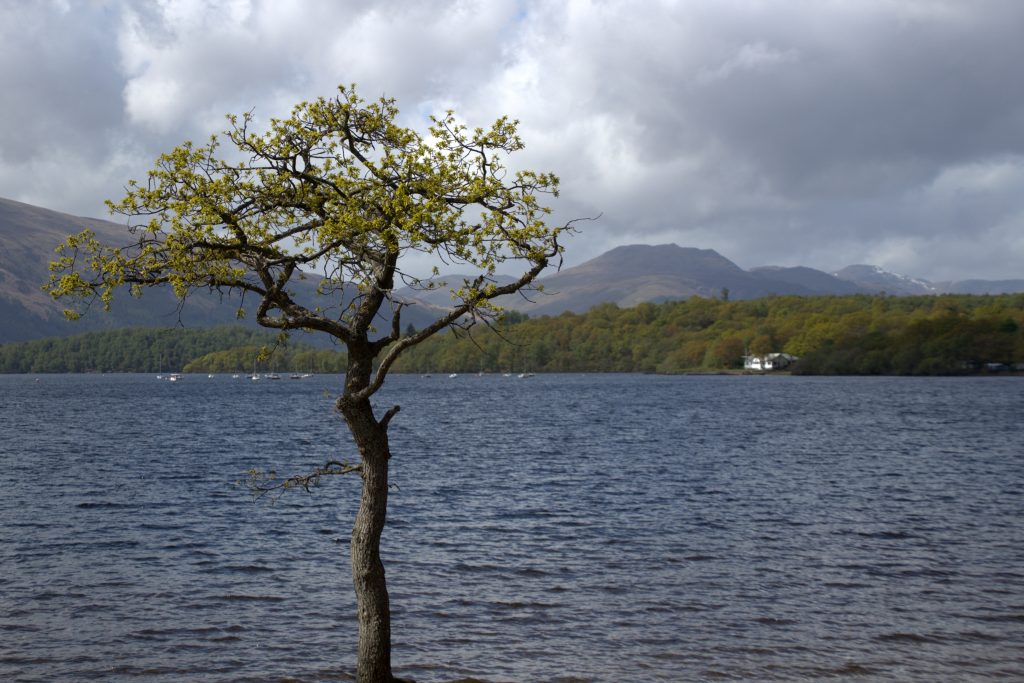 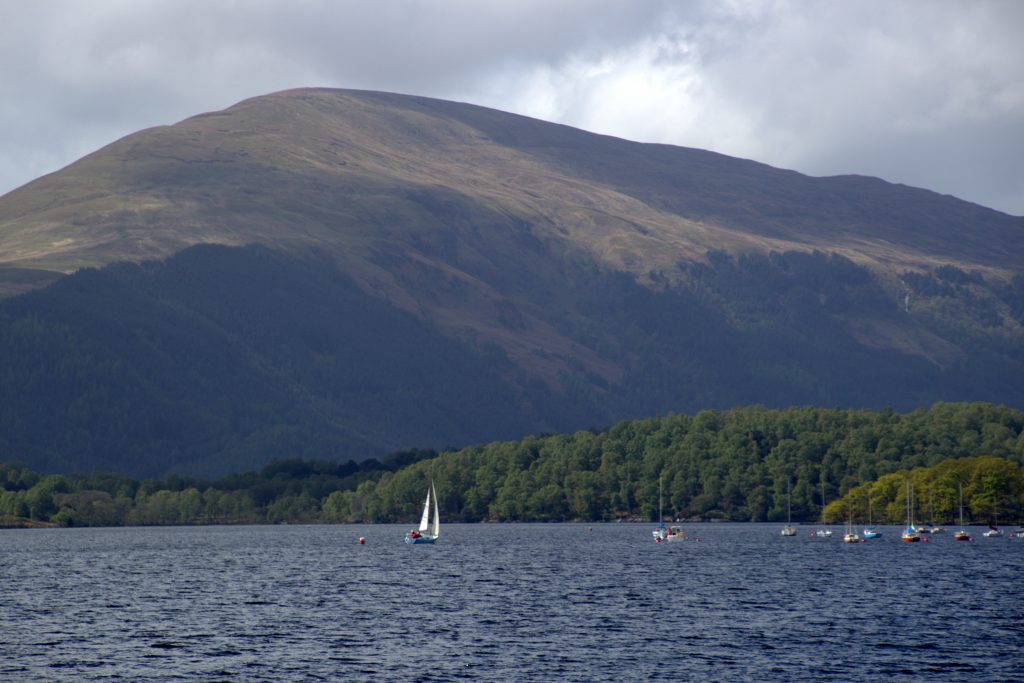