Chaco Canyon was a well planned community. There is a concentration of large, great houses in what archaeologists call Downtown Chaco Canyon. These and the other great houses each had fine plazas which would have been attractive and lively places for people, surrounded by the beauty of the canyon. The farthest other great house, Penasco Blanco, is four miles away, easy walking distance, especially for preindustrial people used to walking, even carrying a pot of corn or beans. The larger complex was placed within an envisioned framework based on spiritual values and a calendar of ceremonial events. All the structures were built in a fashion that allowed modifications over a period of centuries. 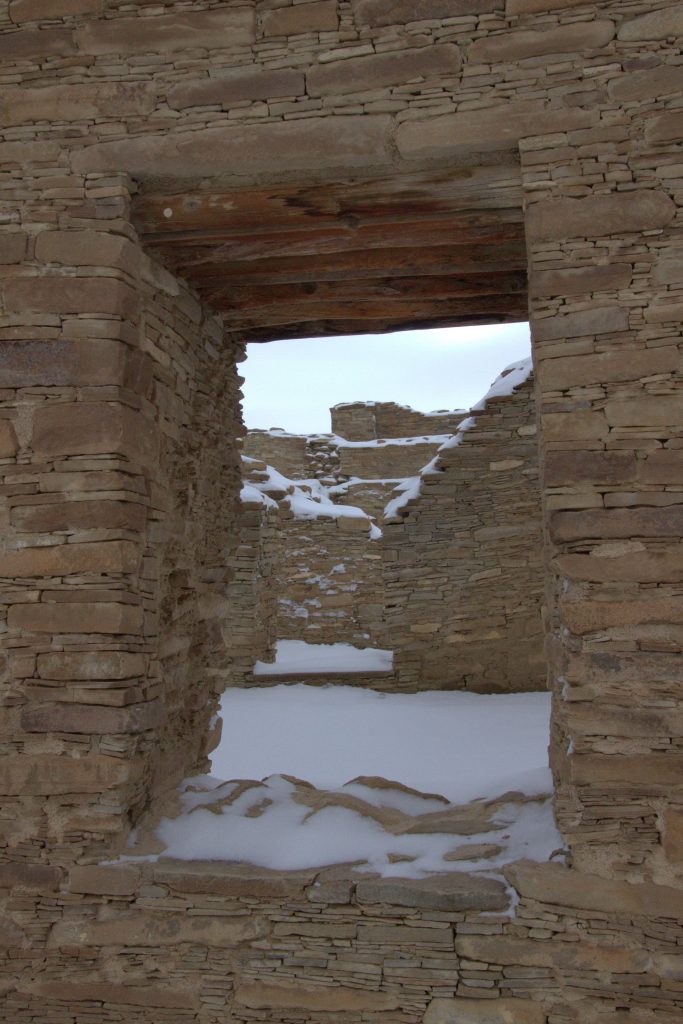 Modern scientists don't really know who the people were who built the structures in Chaco Canyon or why they did it. They don't really know what their religious beliefs were or how they were organized as a people. Modern native peoples of the southwest commonly incorporate Chaco Canyon into the stories about themselves and their ancestors. The Hopi people see Chaco Canyon as a part of their shared migration stories. Rina Swentzell, a teacher and writer who grew up at the Santa Clara Pueblo, wrote:

What I ultimately learn from Chaco is that we swirl within great cyclical relationships. Chaco's starkness of landscape clarifies the necessary interdependence of humans with the clouds, the rabbits, and the rocks. Chaco challenges us to bend and touch the earth, to reach and touch the clouds, to touch other people so that our ideas of who they are or who we are can shift or be transformed because of our mutual touching. I wonder, can we flow with the transformation of the universe so that we can be part of the beauty and mystery of life, as Chaco has done over these centuries of human contact? 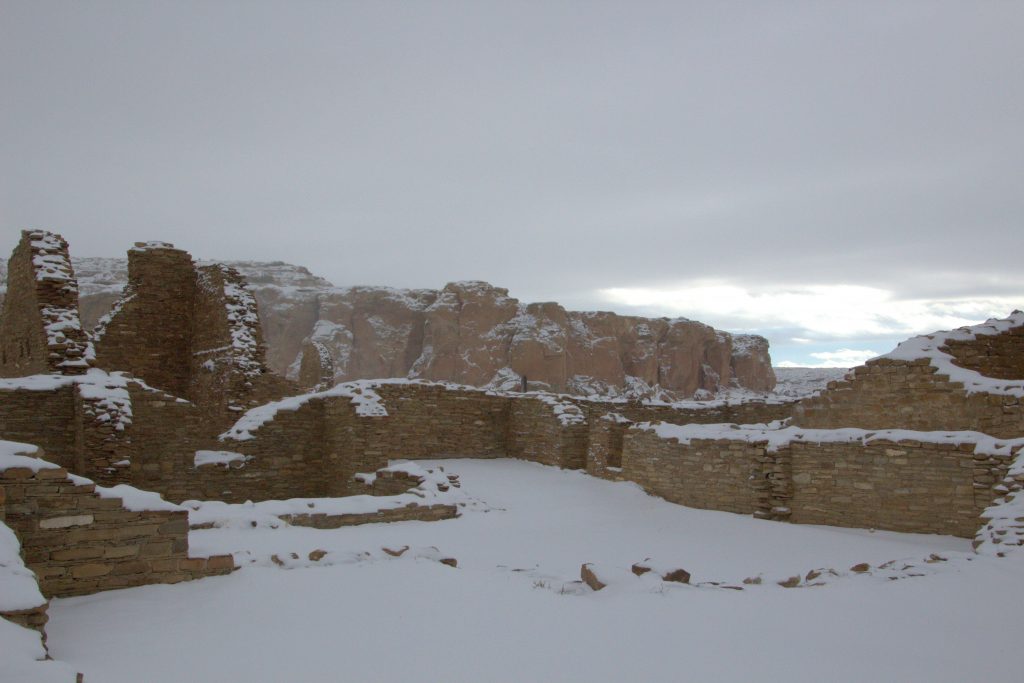 In the morning, I went back to Downtown Chaco Canyon with Jonathan, my traveling partner and a young school teacher who arranged the trip, to visit Chetro Ketl and Pueblo Bonito in the snow. Despite a cold breeze, the snow contributed to a sense of ageless stillness within the moving cycles of time. 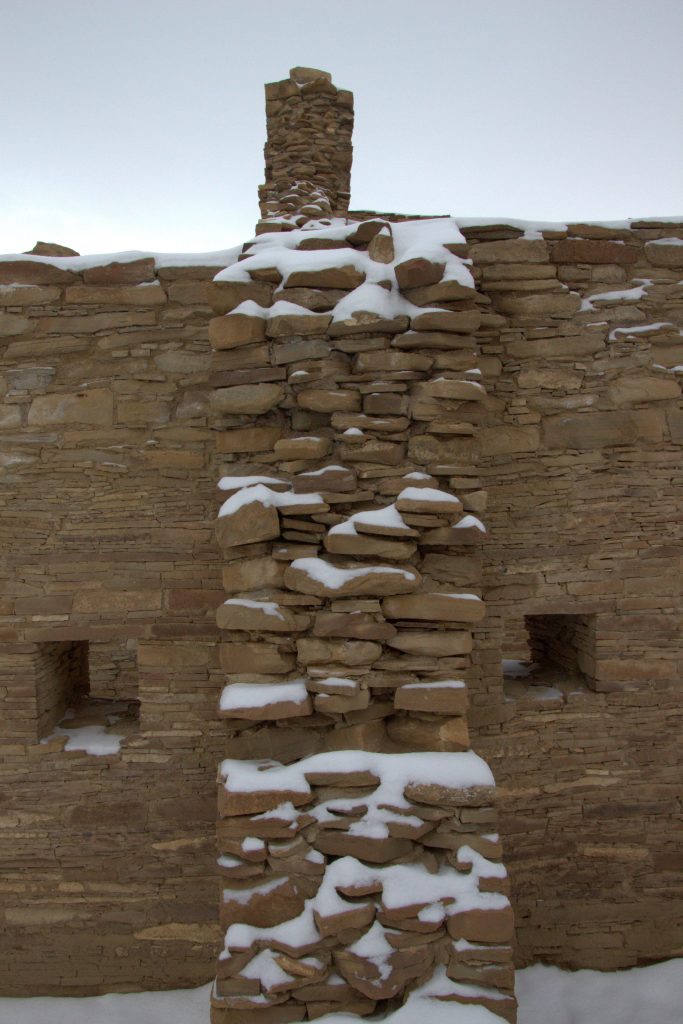 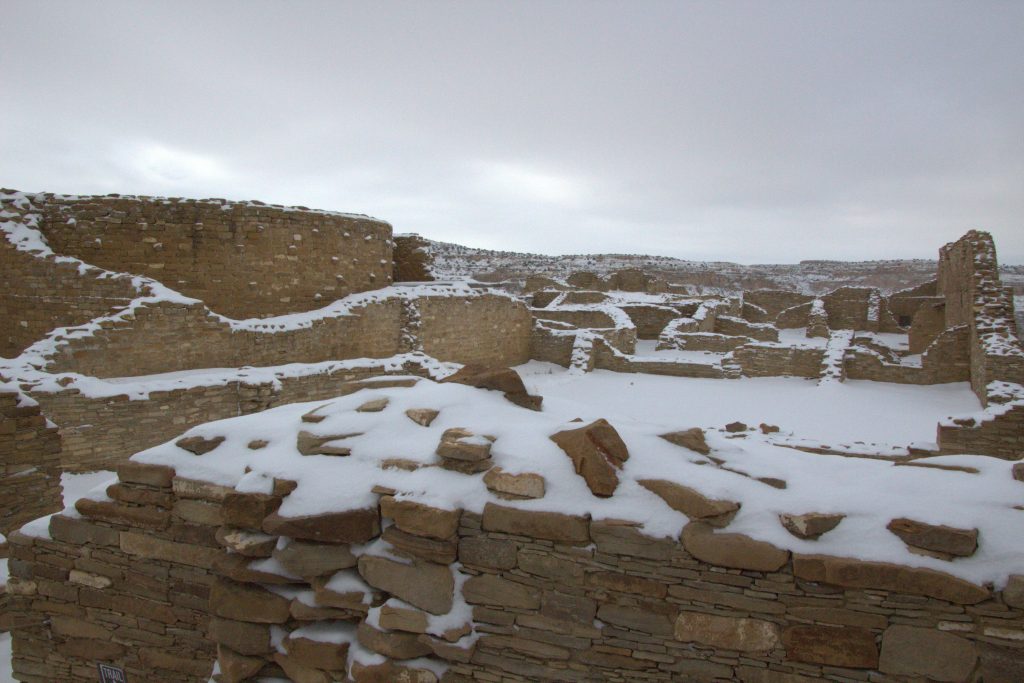 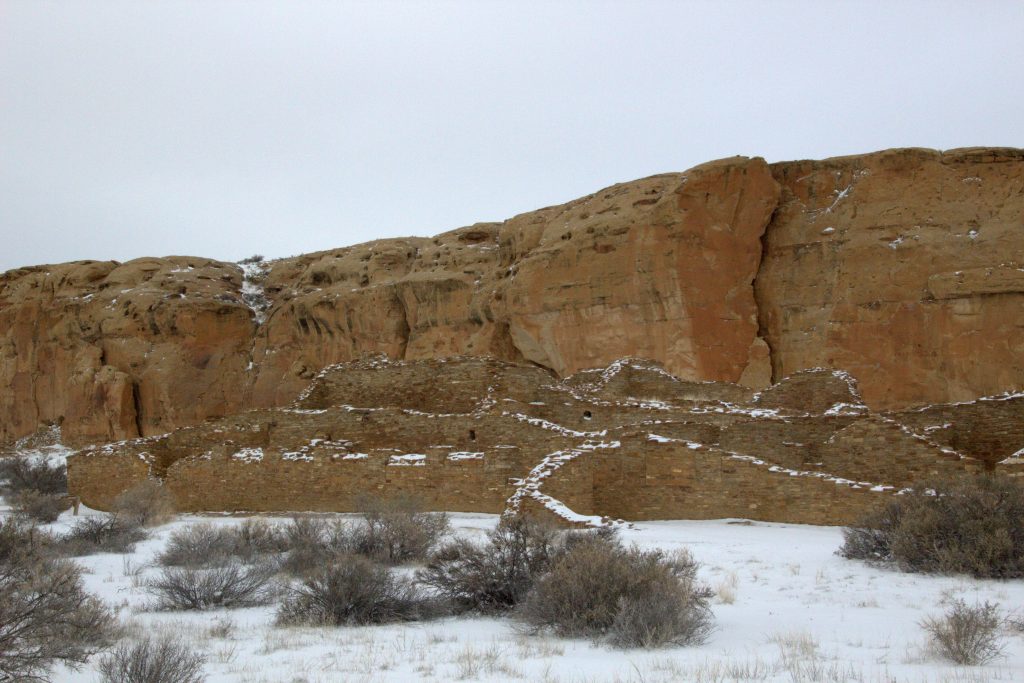 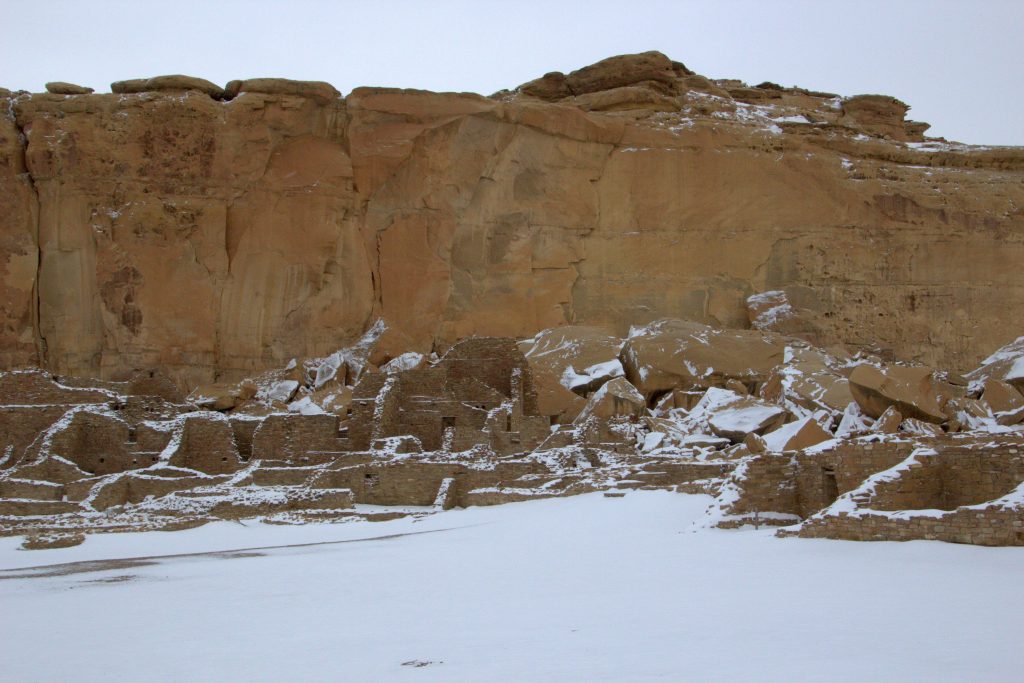 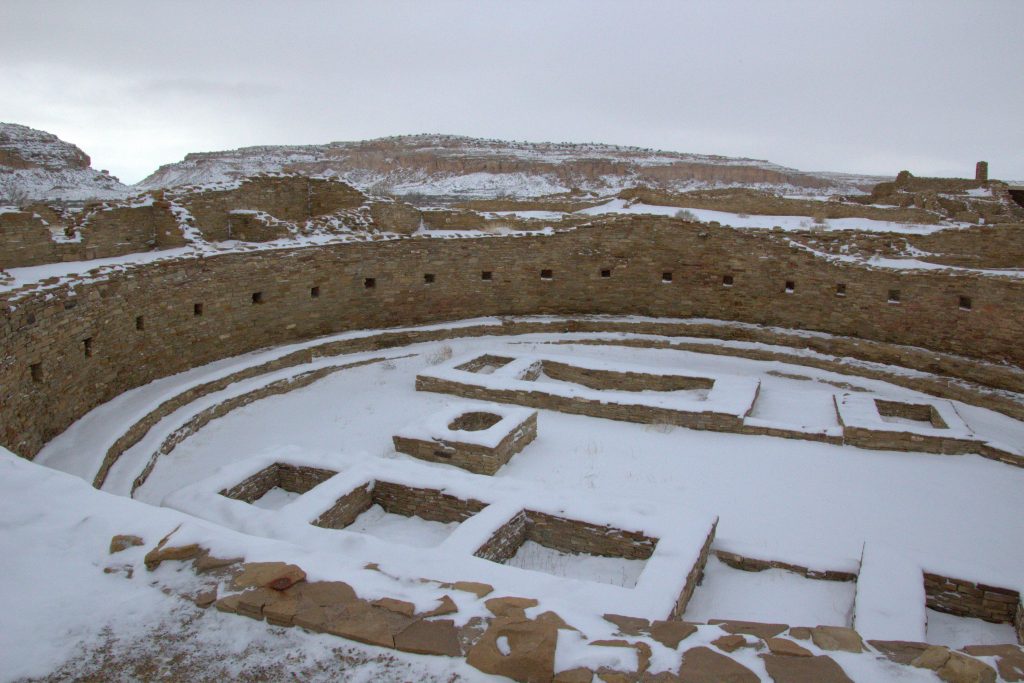 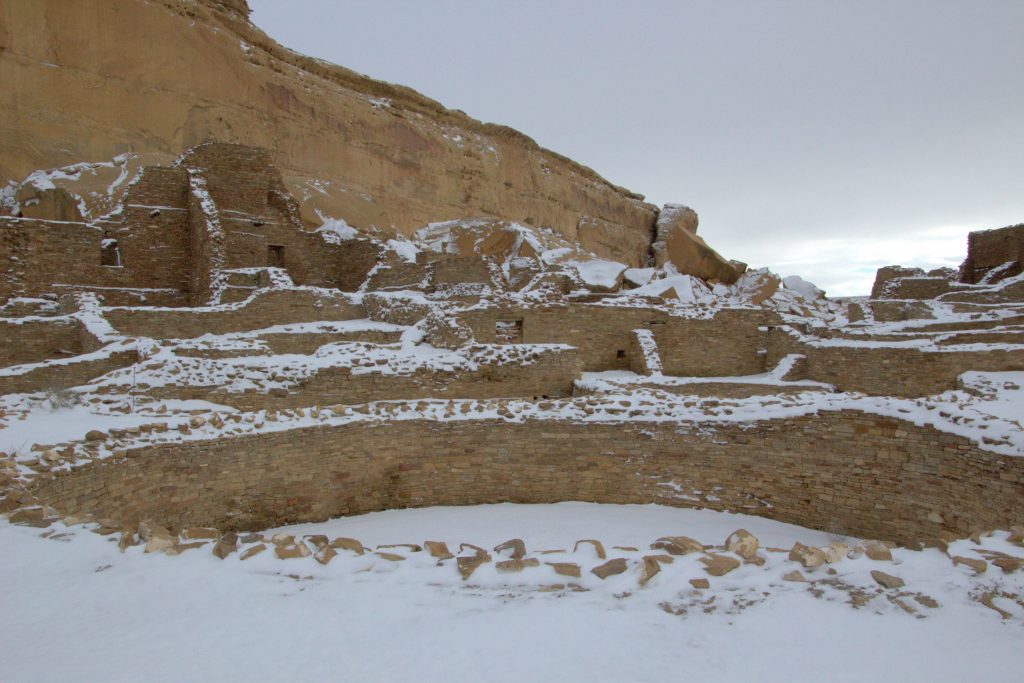 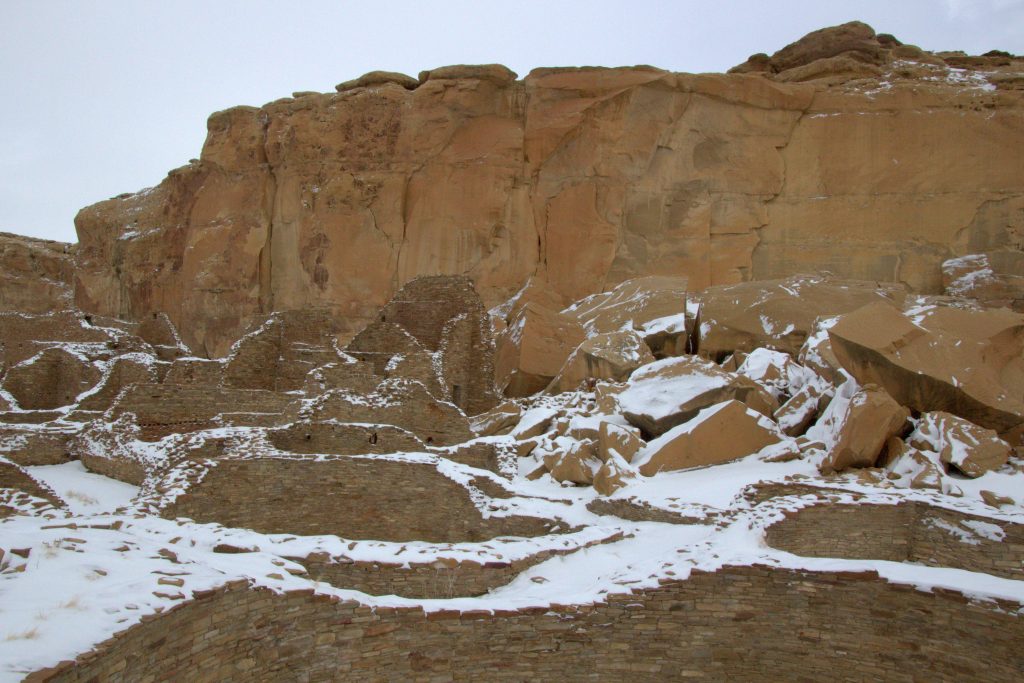 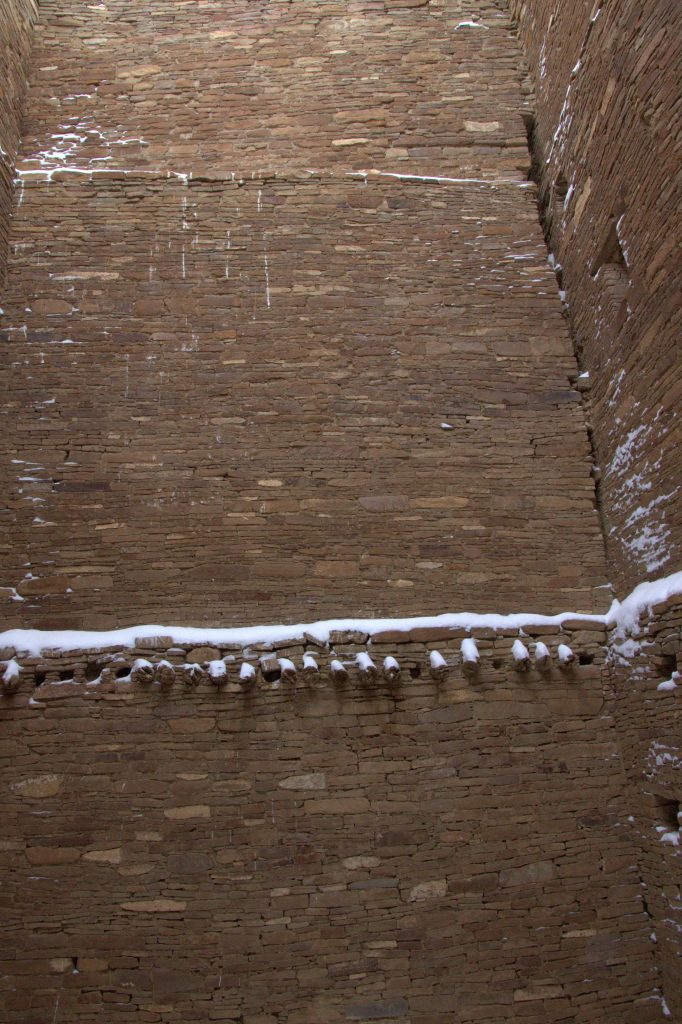 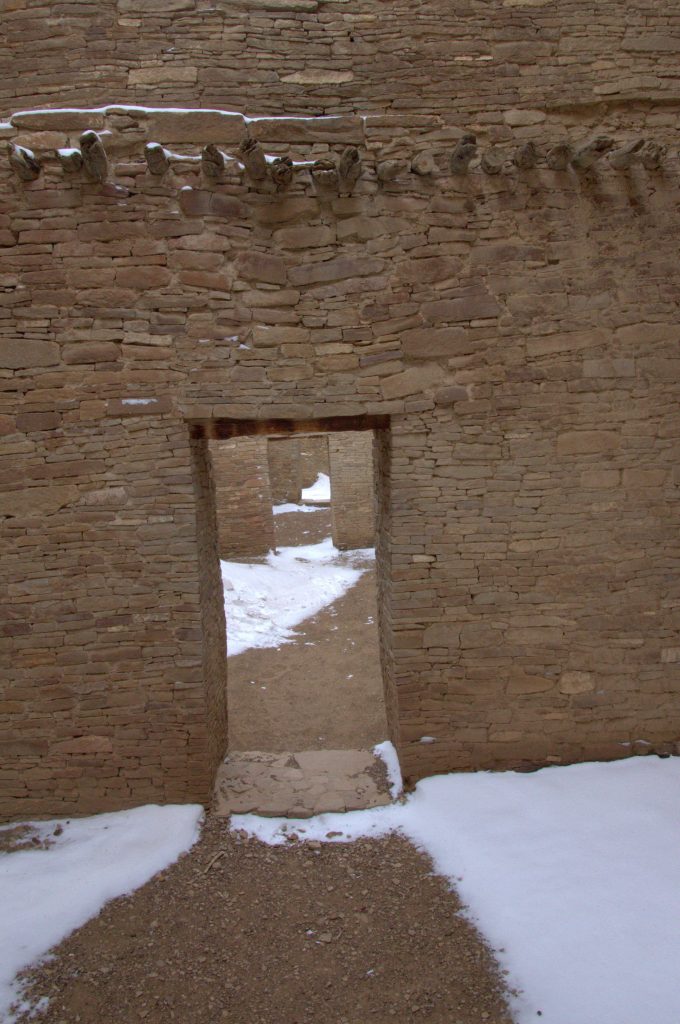 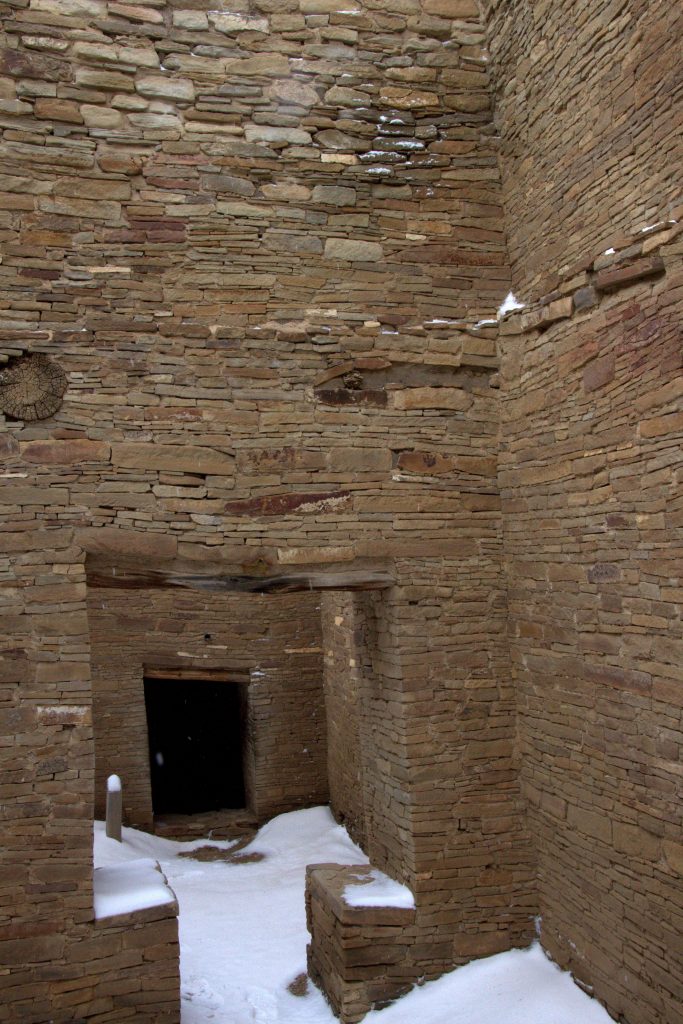 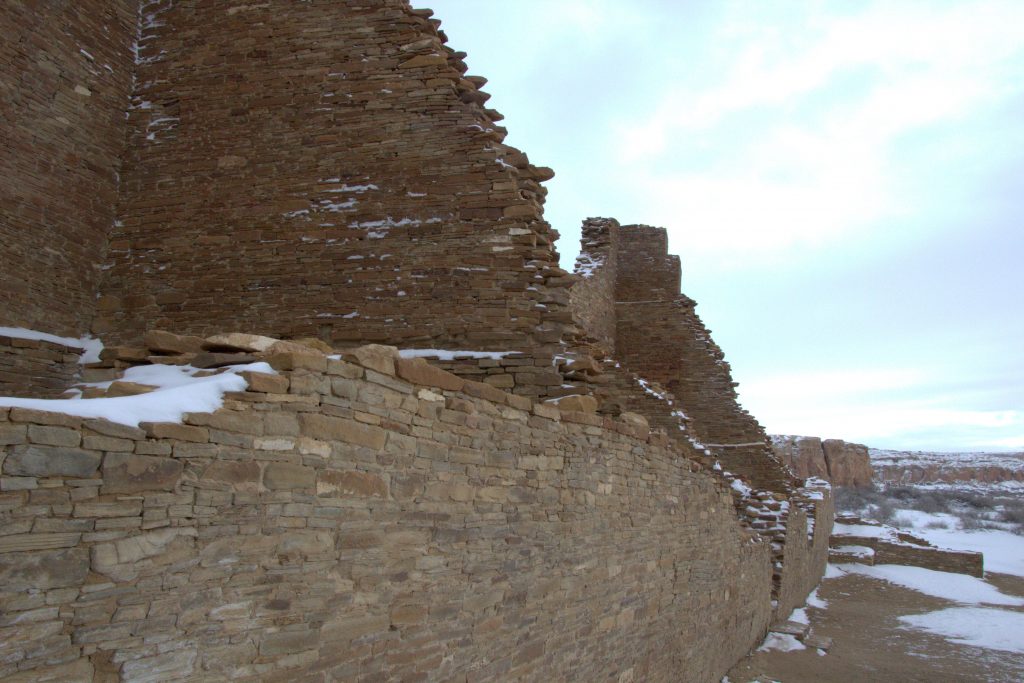 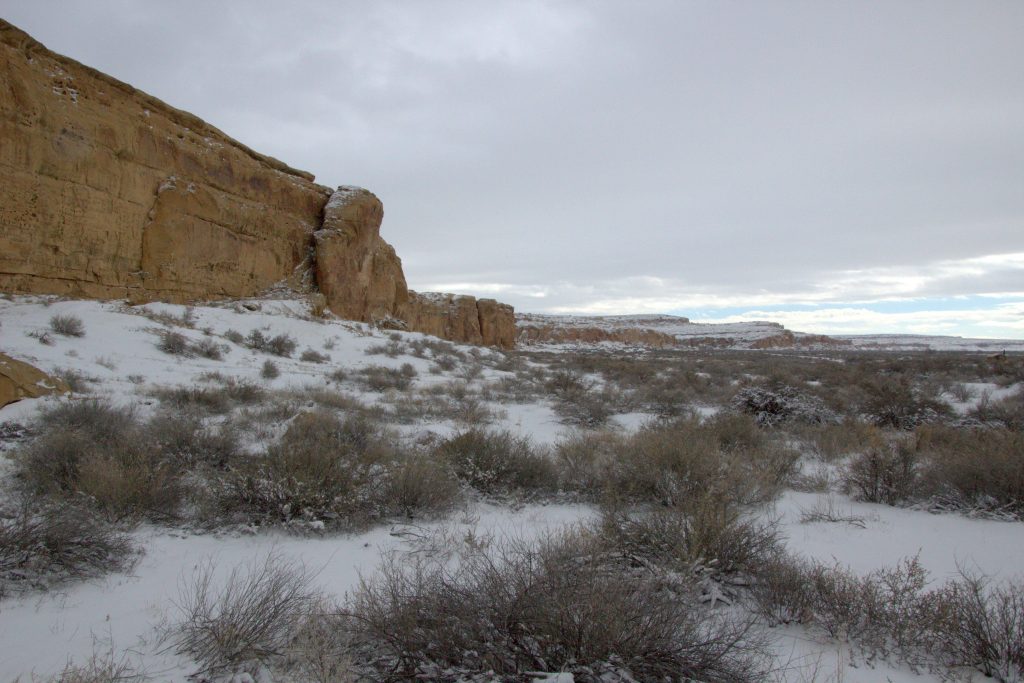 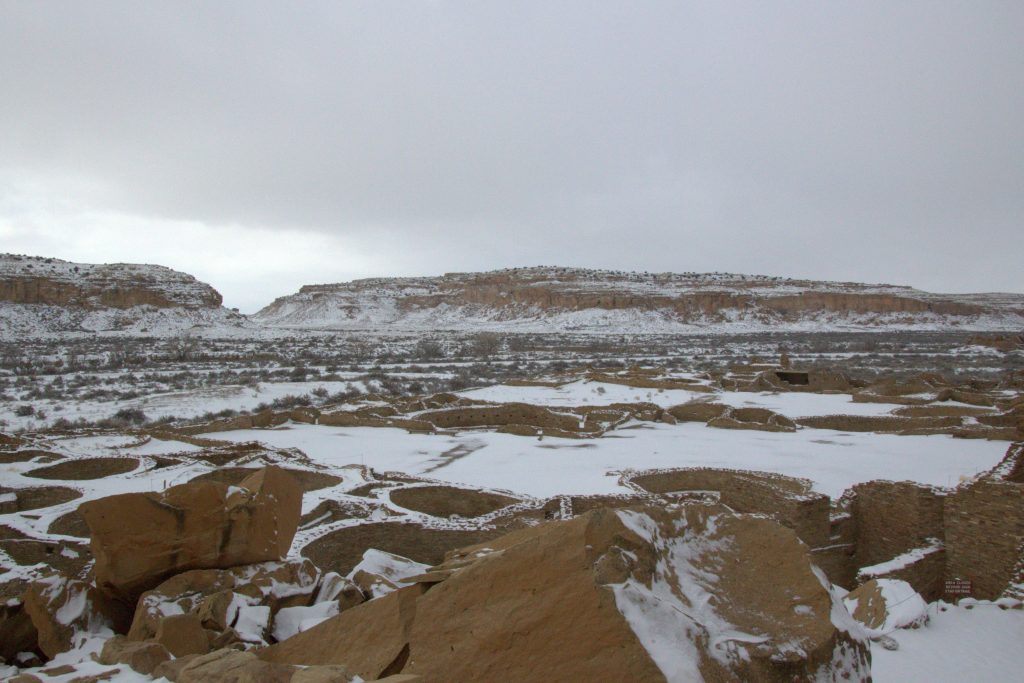 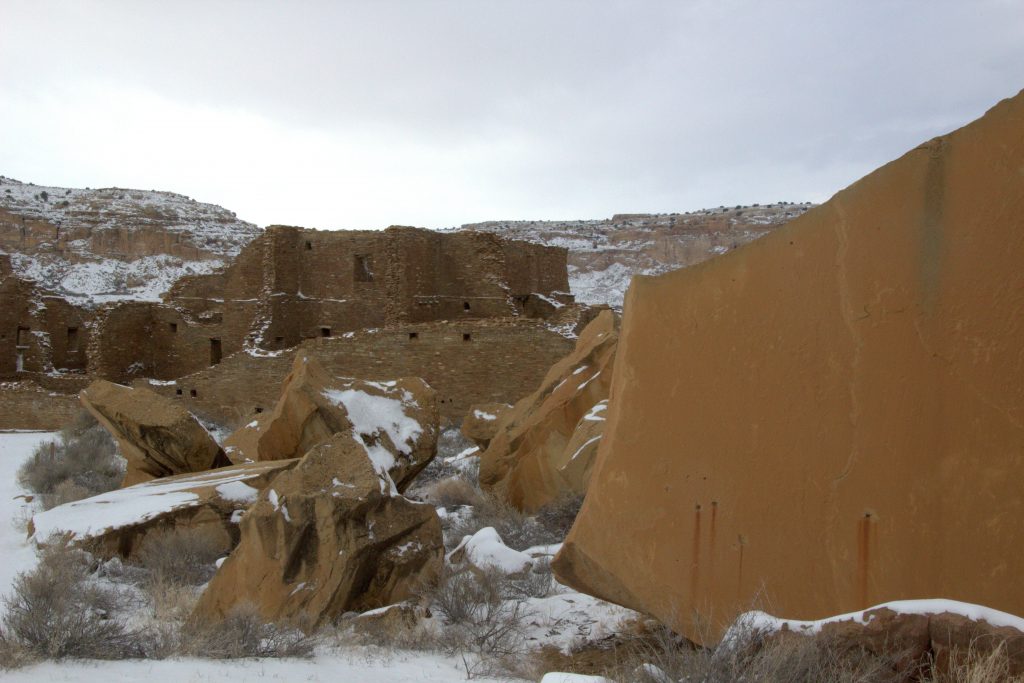