From Casa Rinconada I zigzagged up a steep trail climbing the canyon wall up onto the south mesa. From the top of the Canyon wall, I continued to climb from one sandstone layer to another. At one point, the trail went through a small slot that was too narrow for my pack and camera, and I had to climb over the large boulders. At the highest place I had yet reached was another unexcavated great house, Tsin Kletsin, with amazing views in all directions. At one point climbing, I could see across Chaco Canyon and spot Pueblo Alto on the north mesa at a lower altitude. In fact, a straight, north-south line connects Pueblo Alto and Tsin Kletsin. The Tsin Kletsin complex was a later, D-shaped complex and was likely not a residence but a public, ceremonial building. 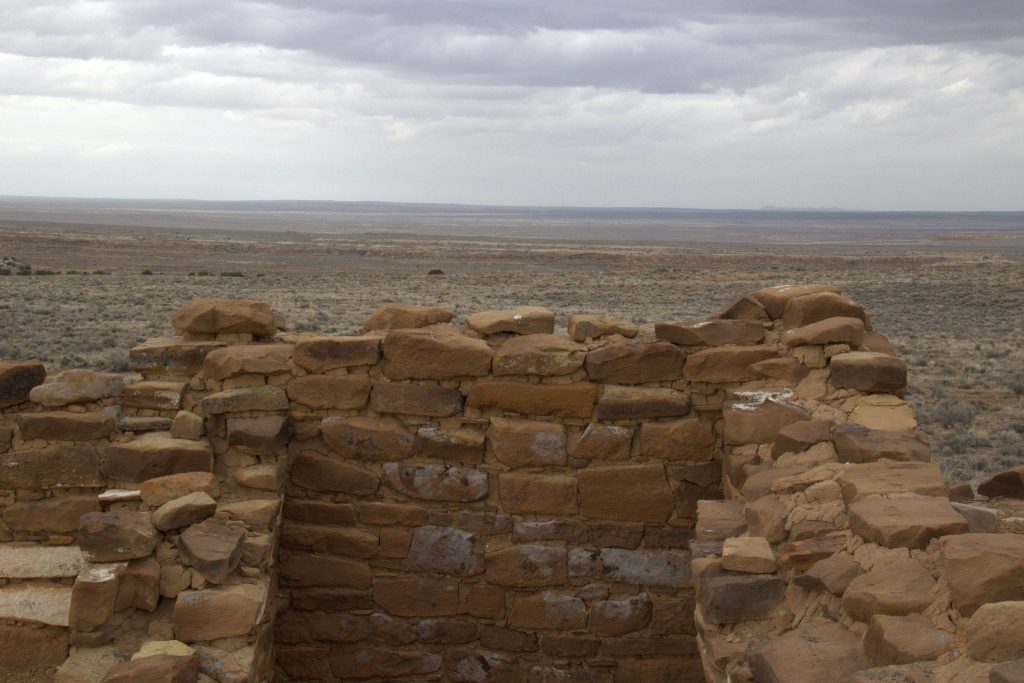 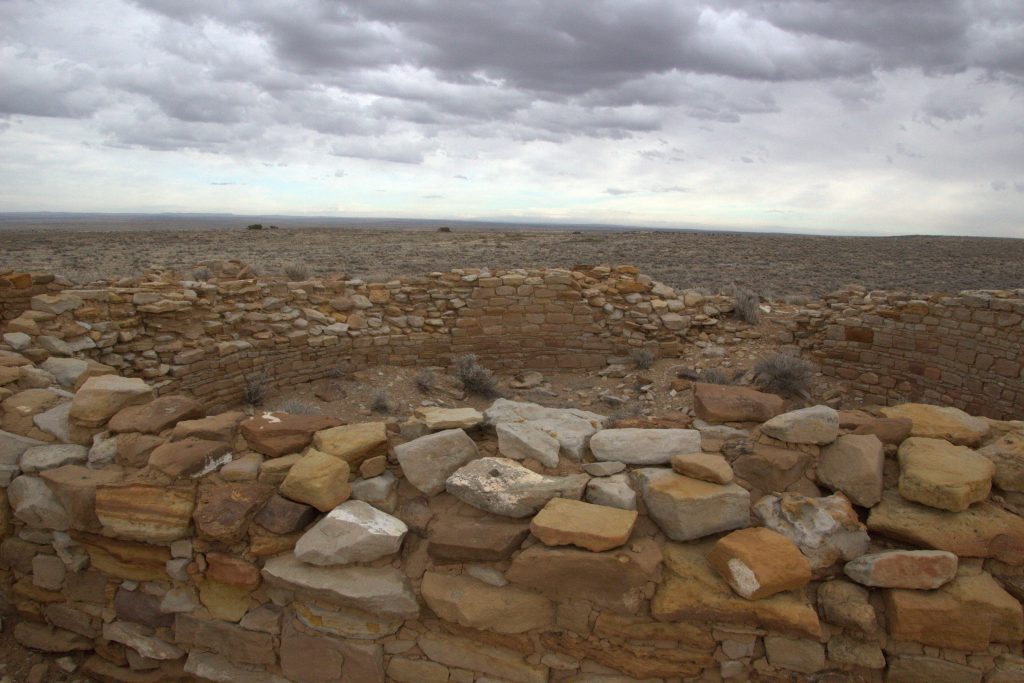 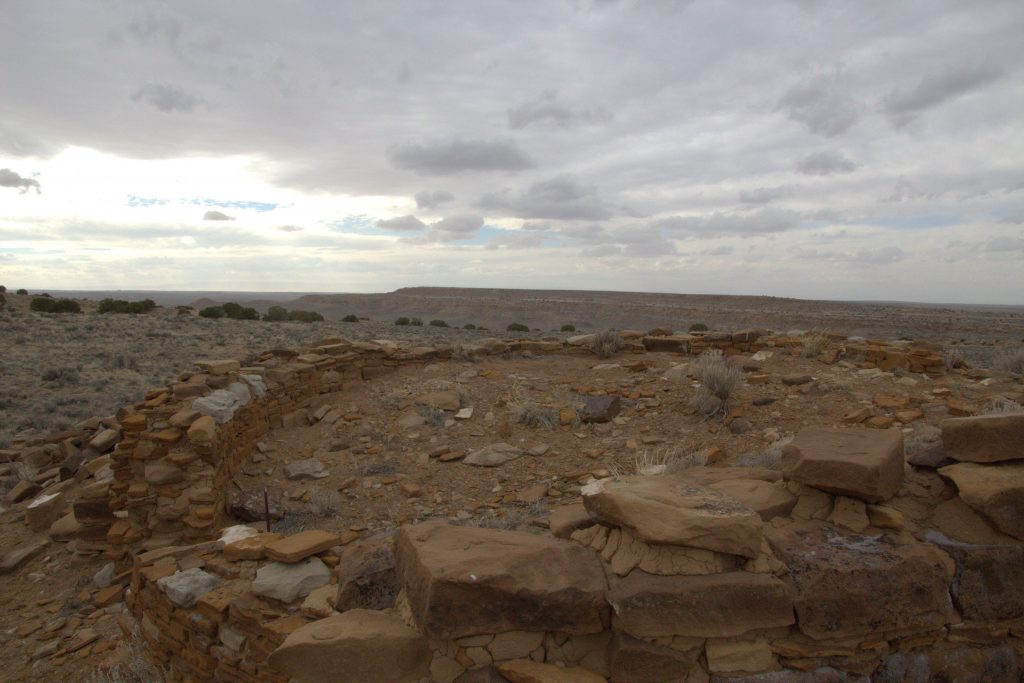 I decided to continue on a long loop trail which descended down to the South Gap. I descended through a monumental landscape from one sandstone platform down to another with dramatic views of the mesa edge to west and the open desert and mountains beyond. I final reached the bottom of the wide South Gap Canyon. The South Gap dominates the western views from Pueblo Bonito and in the Gap, I followed the straight route that ancient pilgrims would have taken into Chaco Canyon, and I eventually spotted Pueblo Bonito in the distance and walked for some time directly toward it, following the path that would have so impressed the ancient celebrants. 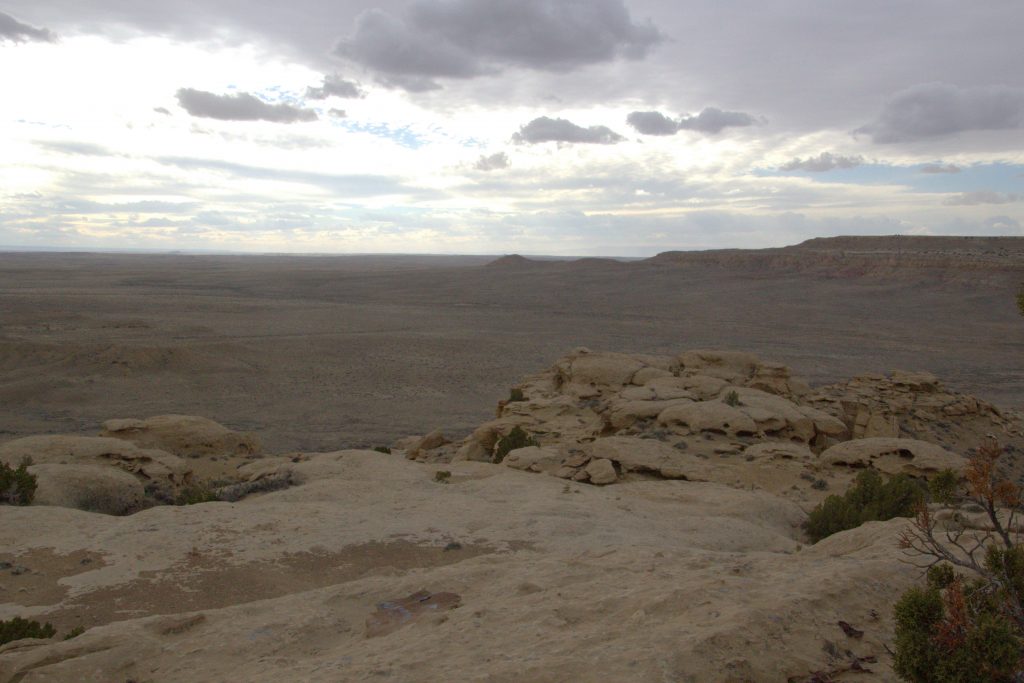 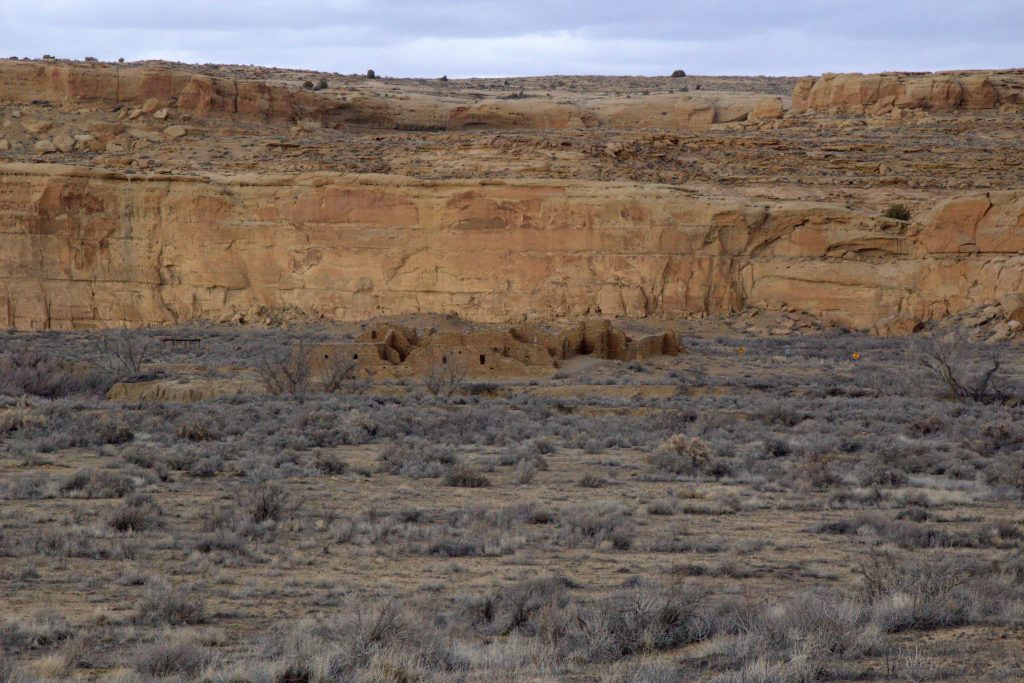