After enjoying Penasco Blanco for some time, I hiked back down into the canyon and back to the trailhead in Downtown Chaco Canyon. Four miles away, Penasco Blanco is visible from the area around the great houses. From there, I drove to the Casa Rinconda trail head . Casa Rinconda consisted of a great Kiva surrounded by small villages and smaller kivas. Archaeologists discovered wall murals in two of the kivas, representing human figures and a humpbacked flute player. The great Kiva is located on a hillside above the surrounding village ruins and is the largest in Chaco Canyon. The Kiva has four holes that held large timber, roof supports. It has benches around its inner circumference, wall niches that likely held ceremonial objects, a raised firebox, and floor vaults. The Kiva has a north-south orientation. 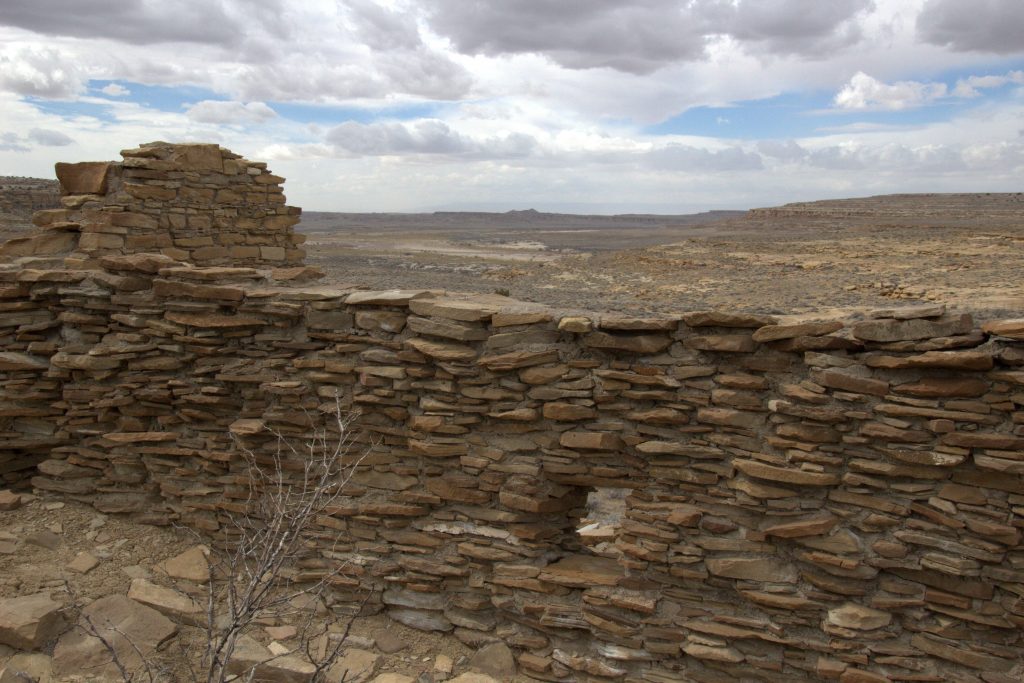 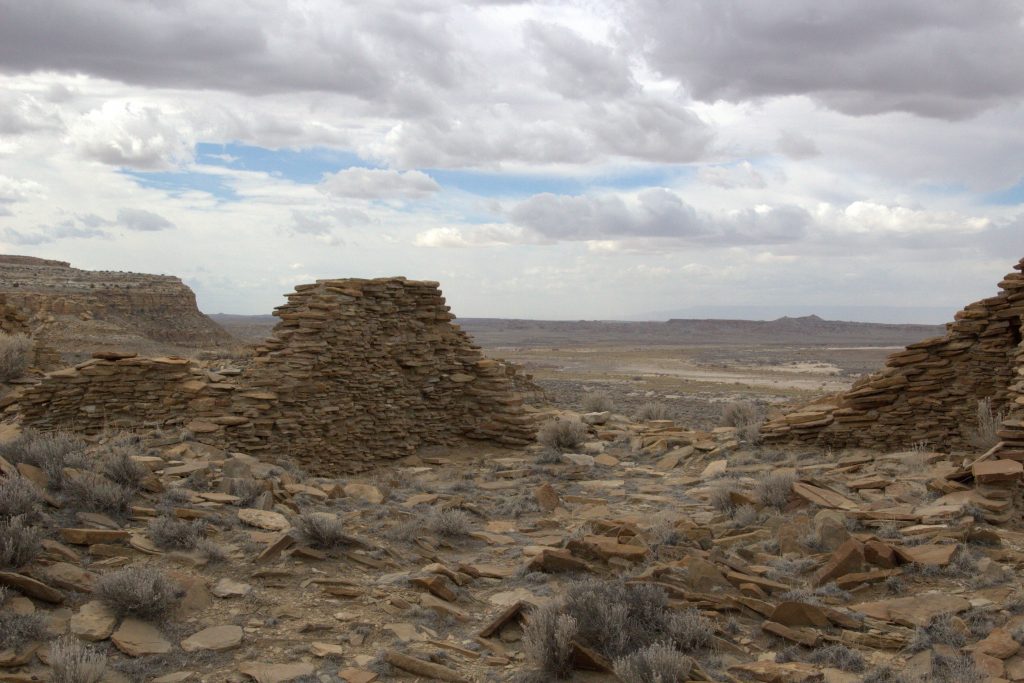 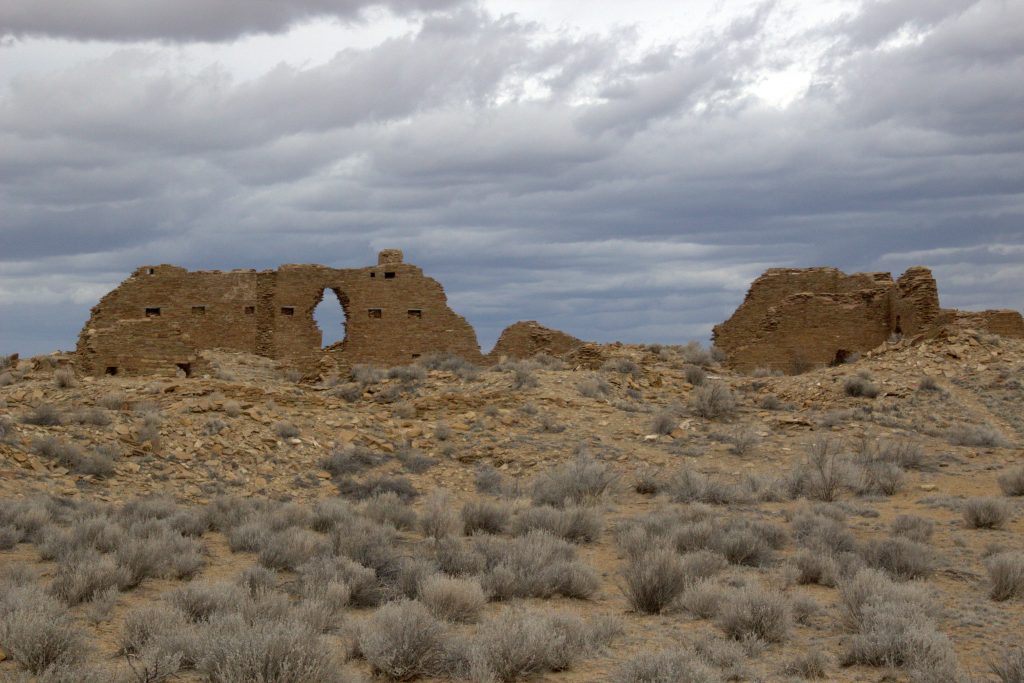 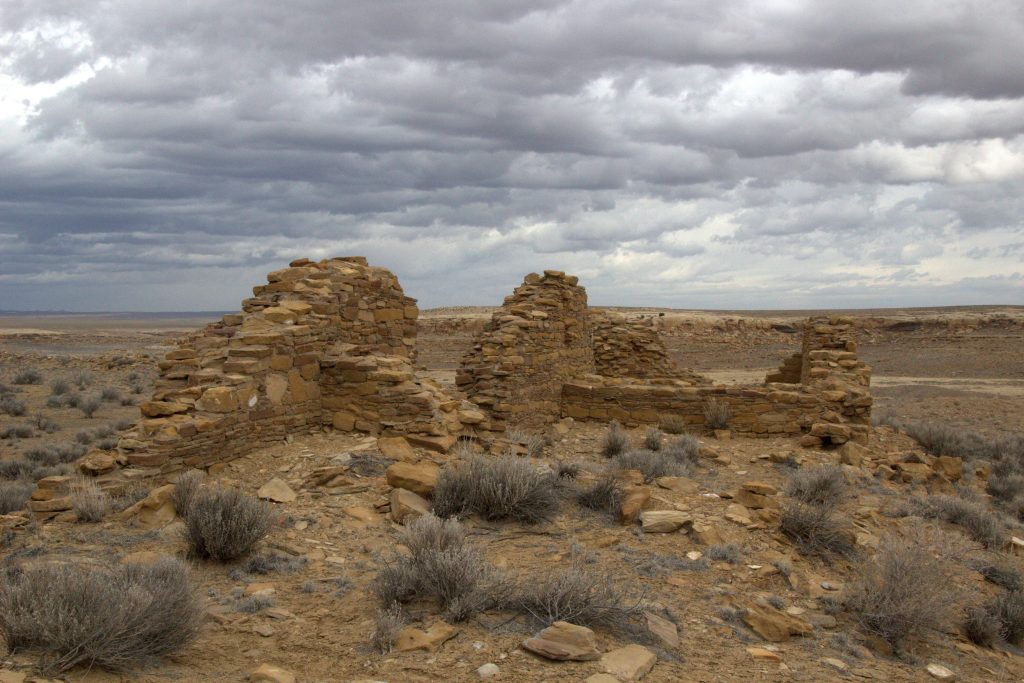 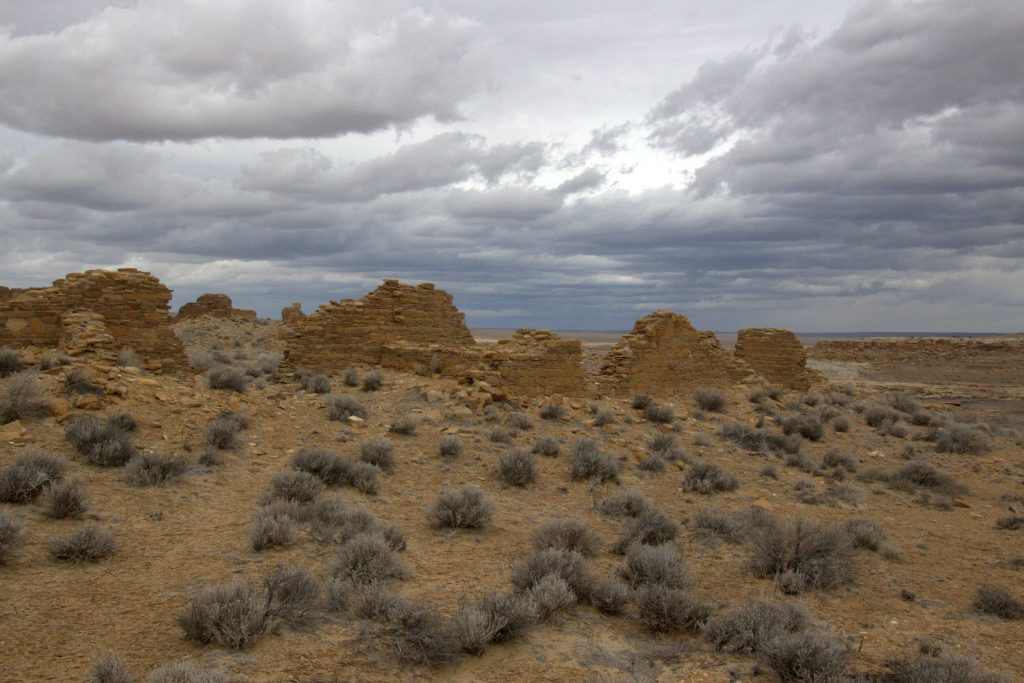 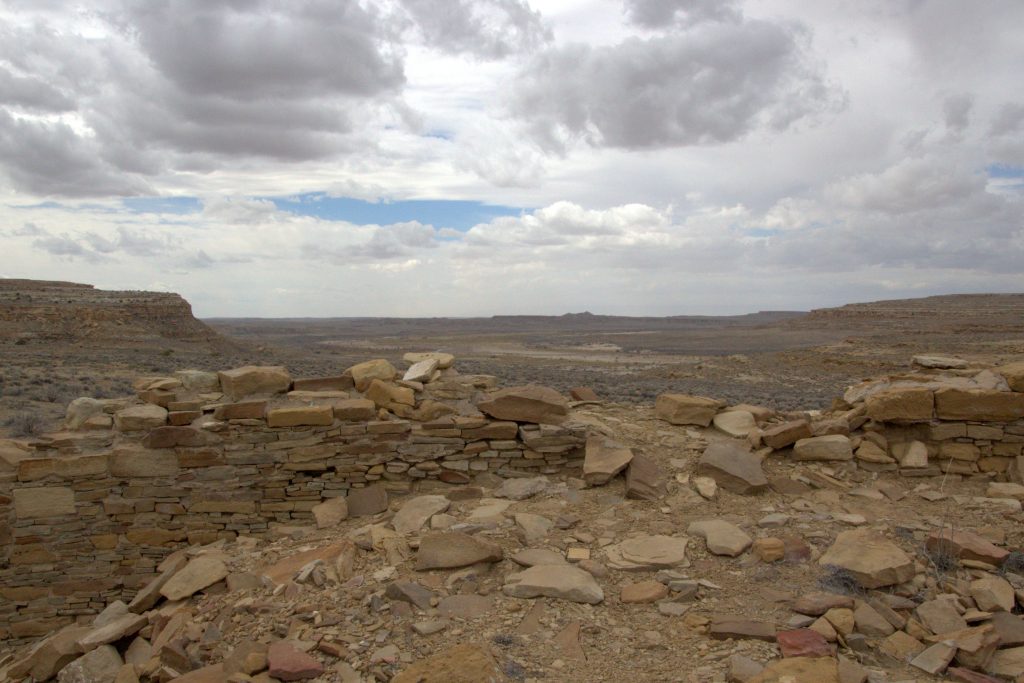 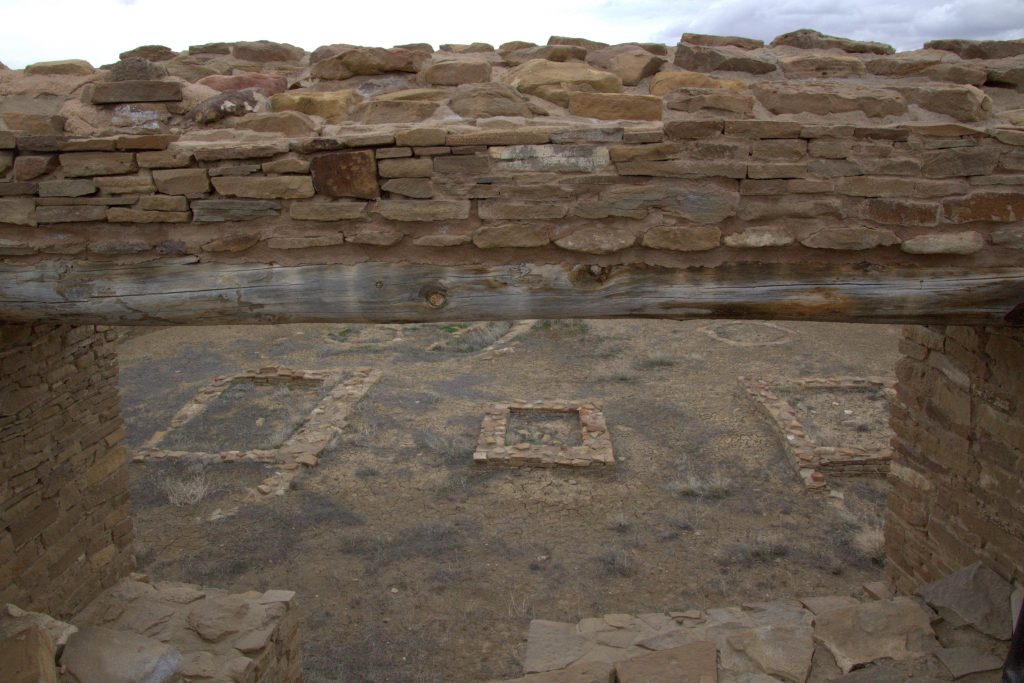 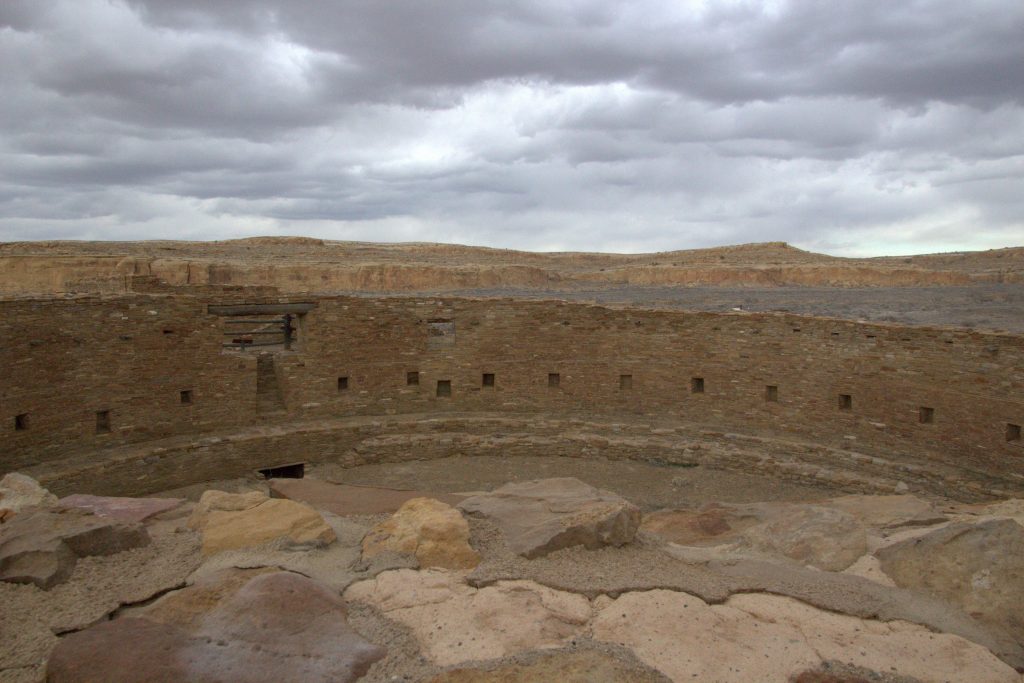