From Chetro Ketl we walked the short distance, by rock art panels, to Pueblo Bonito. Pueblo Bonito was the center of the Chacoan world and was oriented along the north-south cardinal directions. It formed the origin point for the astronomical lines and angles of the ancient Chacoans. Begun around 850, by 1100, Pueblo Bonito covered two and a half acres, rose to five stories, had at least seven hundred rooms and forty kivas. A wall, running exactly north-south, divided the enormous plaza into two parts. There was a very large kiva in each half of the plaza and a large tree in the western half. There is evidence that few people lived at the great houses and at least one theory is that they were home to a few families with political and ceremonial power. The construction of the buildings required a great deal of labor for a period of many years. It is theorized that the buildings may have been intended primarily to be massive monuments intended to impress. The complex of buildings in the canyon bottom around Pueblo Bonito was ultimately a large, planned ceremonial complex connected by roads to outlying structures. This was a complex designed for processions and rituals. 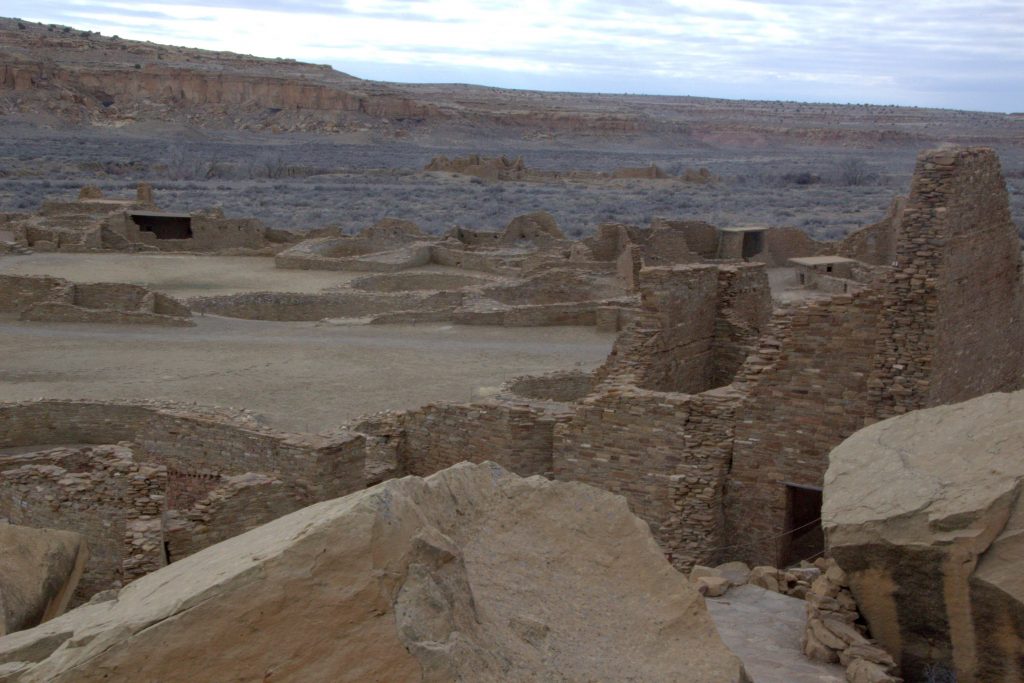 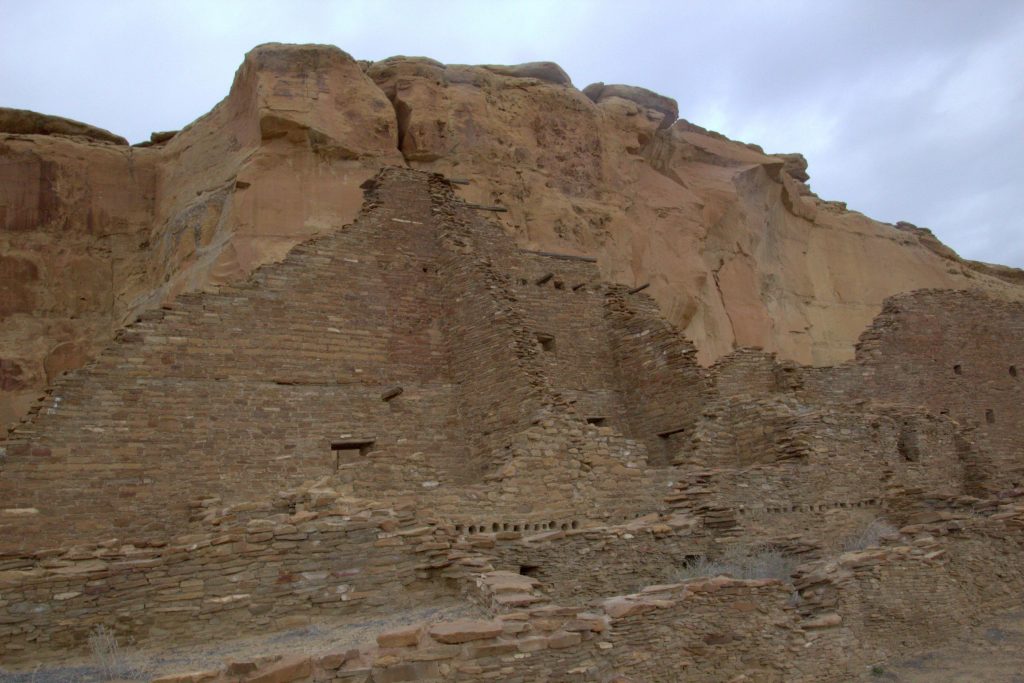 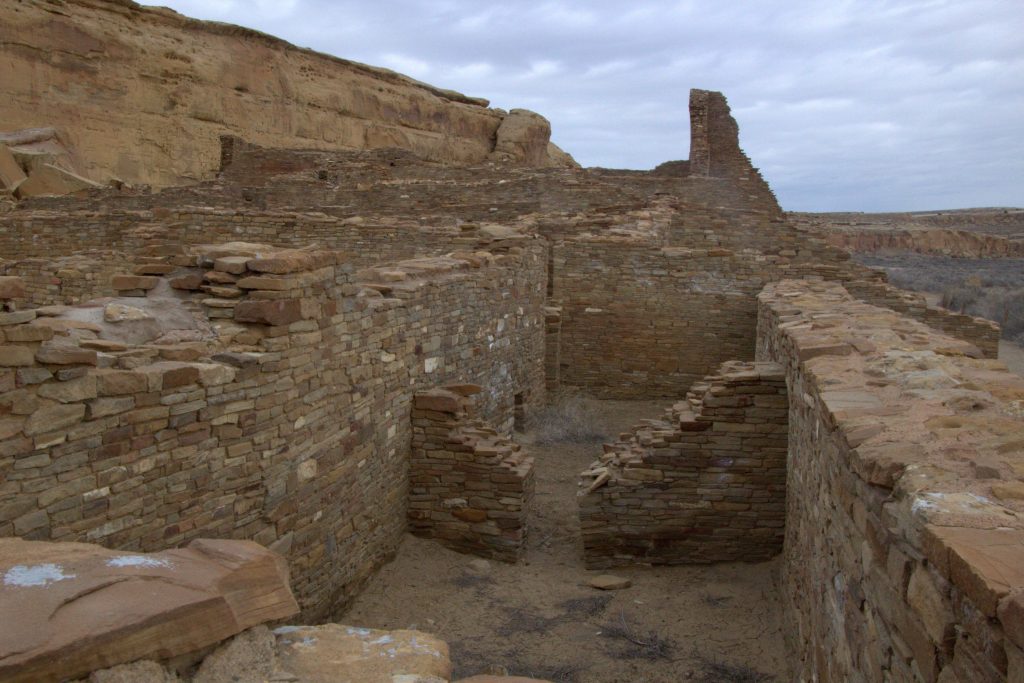 The great house was built next to the canyon wall and portion of the cliff collapsed in 1941 destroying a portion of the building. Visitors are asked to follow established trails through the great house sites, and we were happily surprised to find that the trail at Pueblo Bonito took us deep into the rooms of the building through small doors we had to crouch or crawl through. It is likely that few people lived at Pueblo Bonito and many of the rooms were used for storage of sacred objects or food supplies. Between the stories, there were elaborate ceilings and floors. Many rooms were originally plastered and some were likely painted with art. 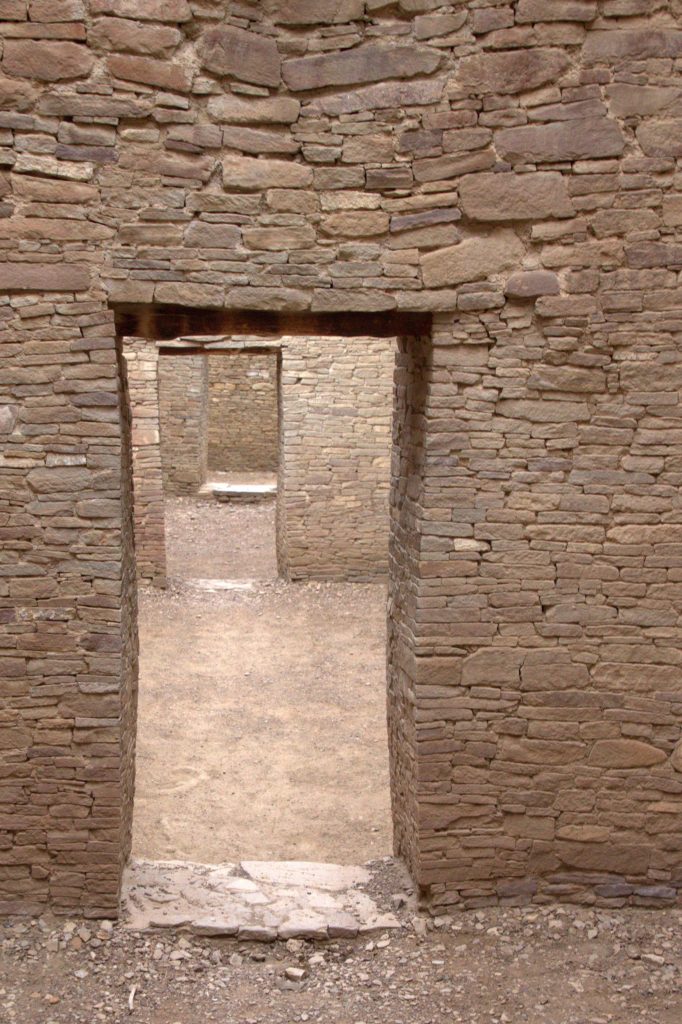 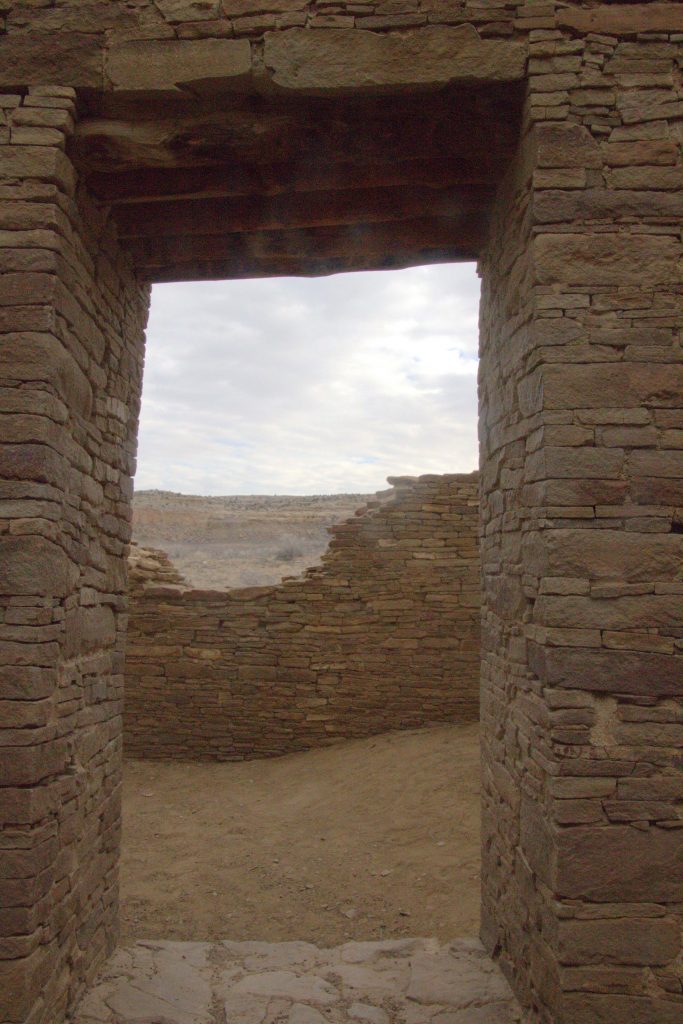 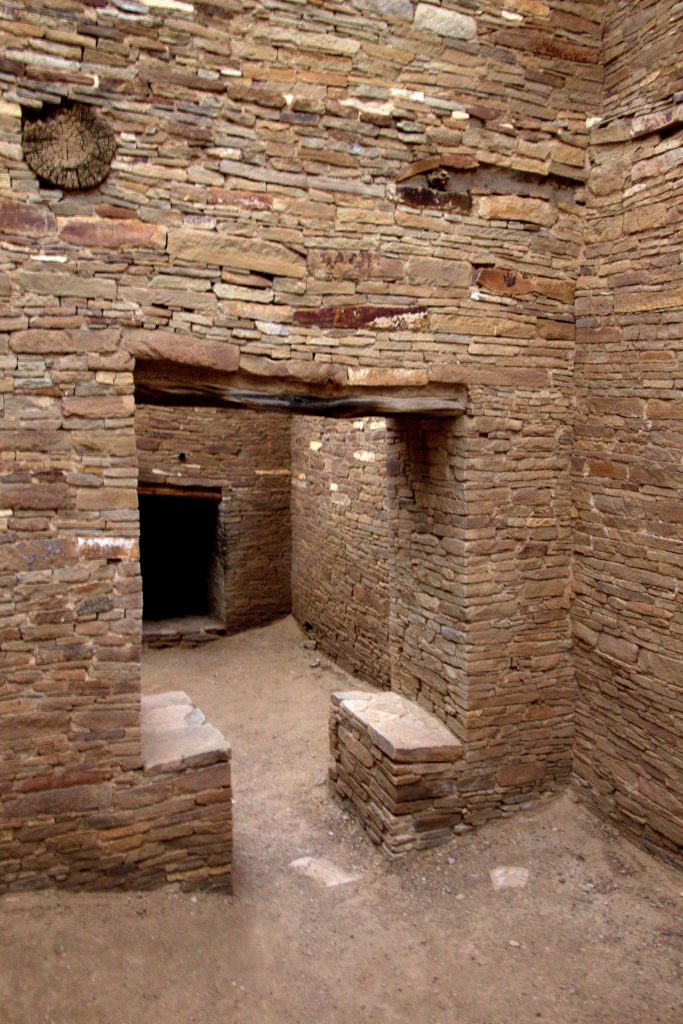 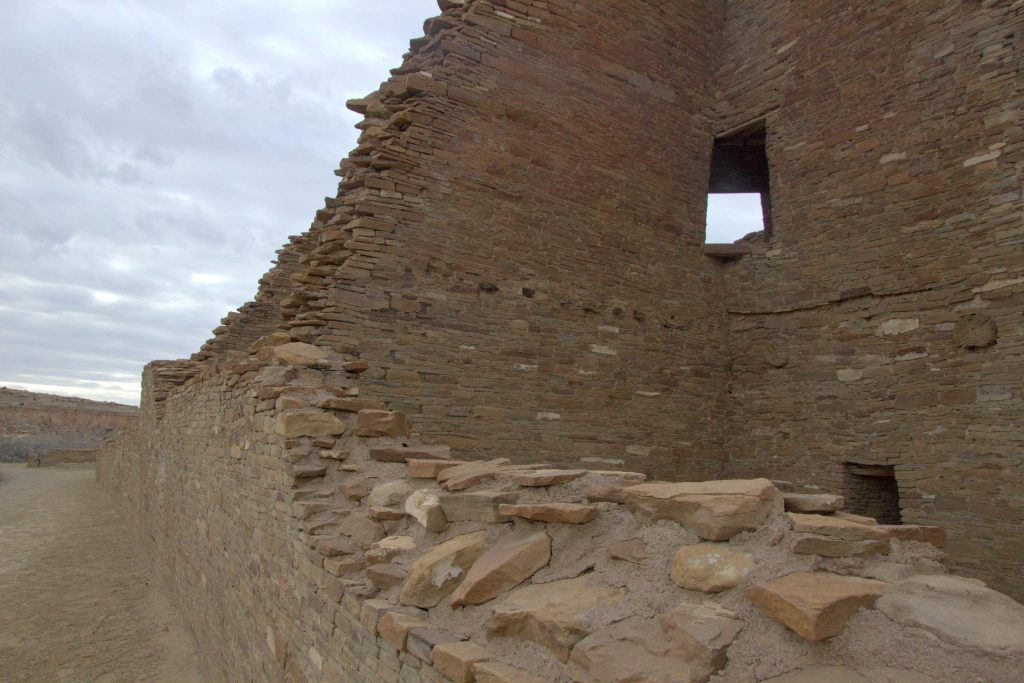 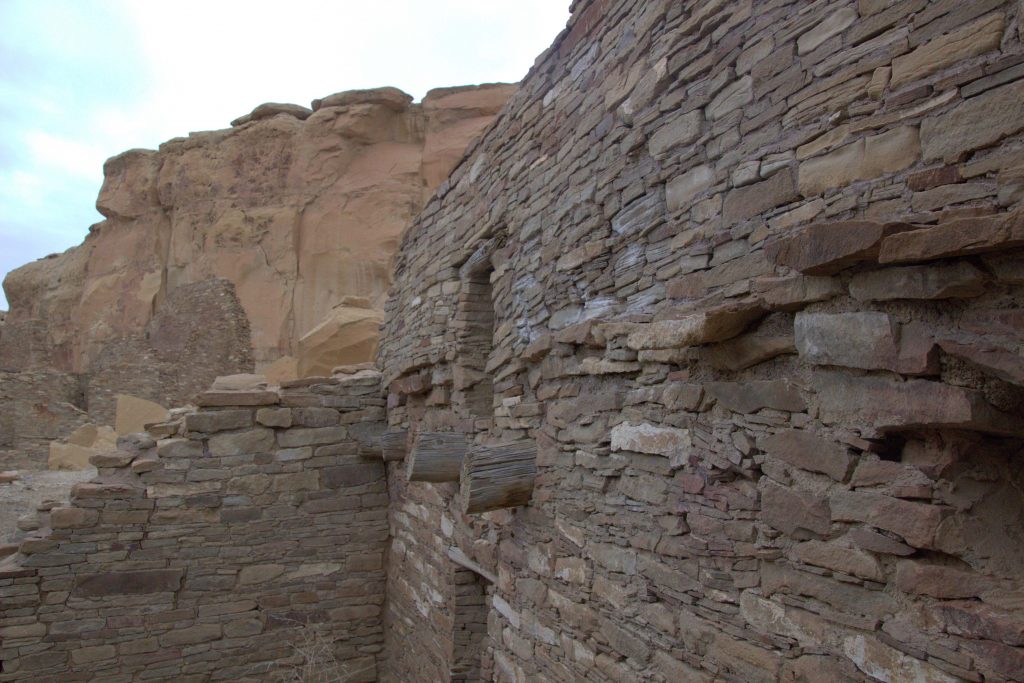 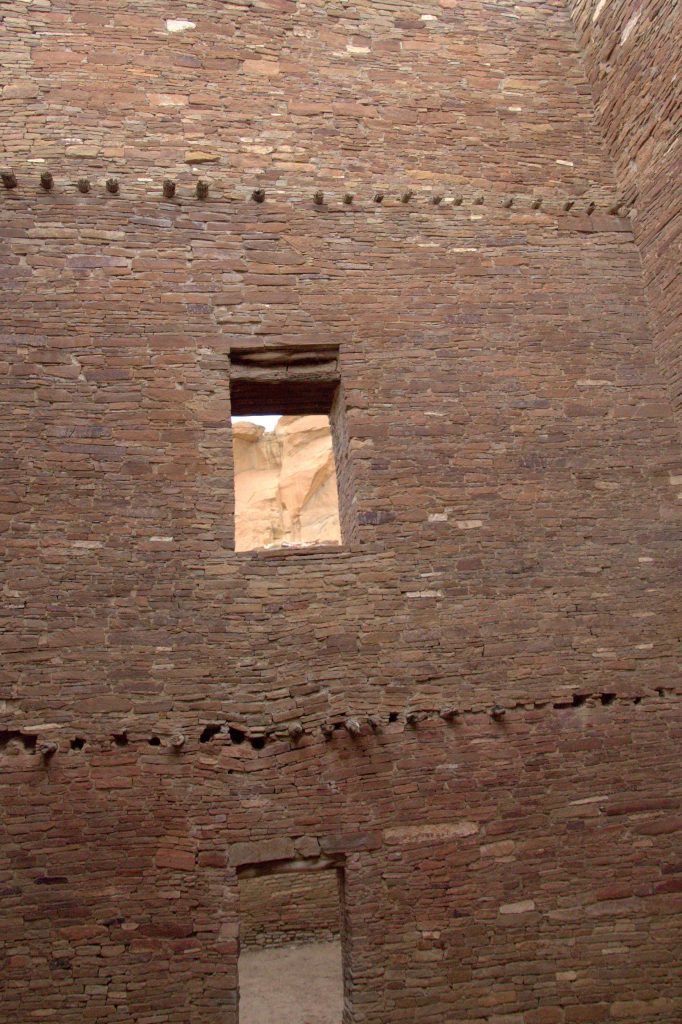 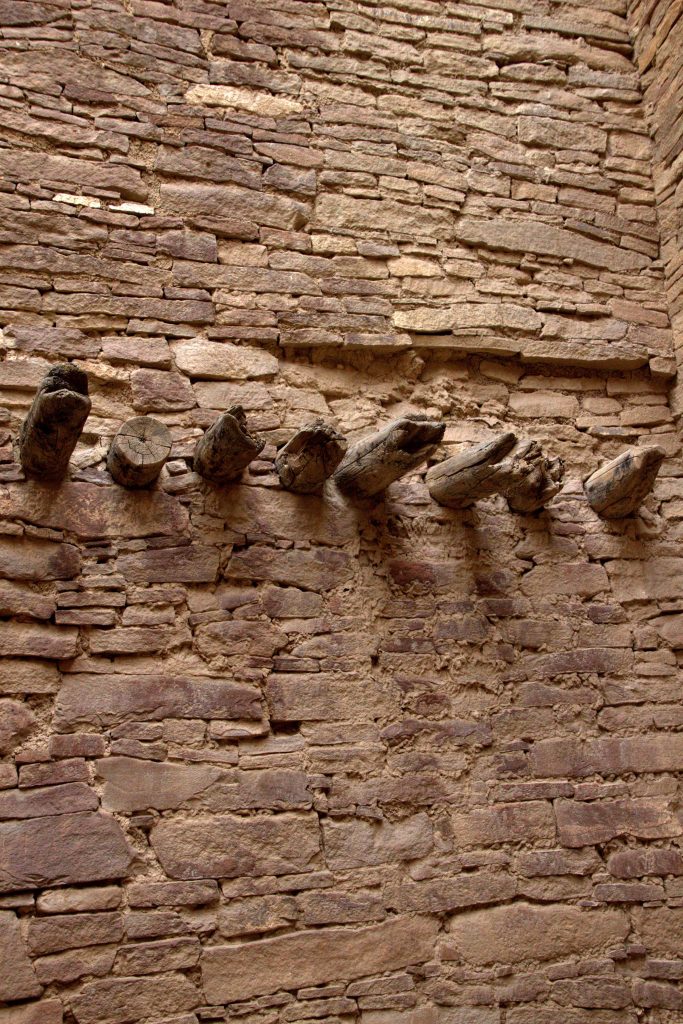 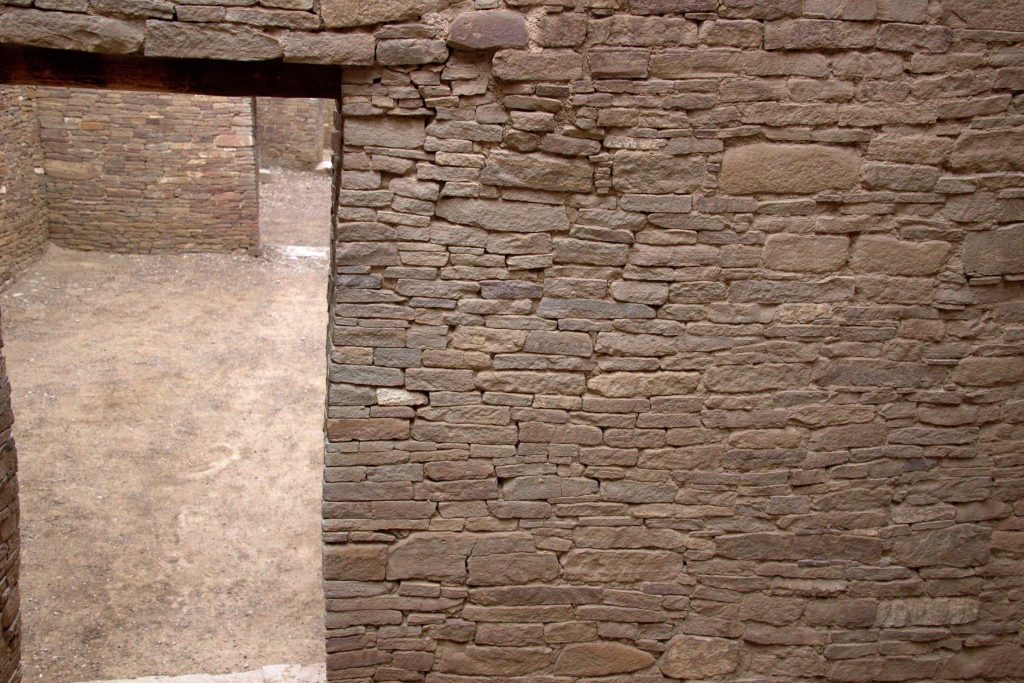 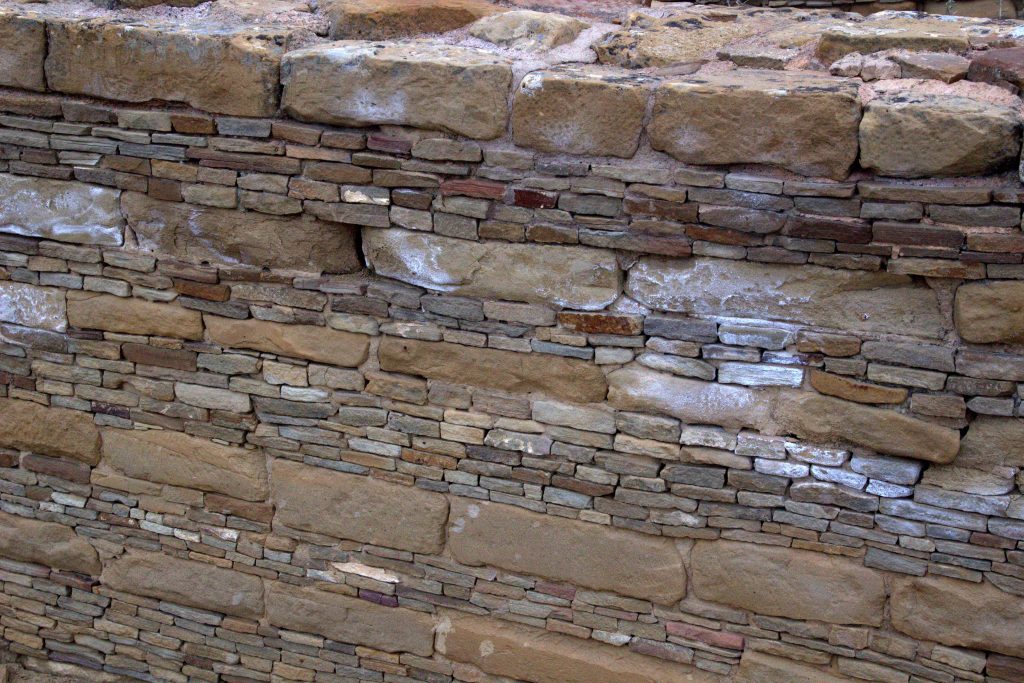 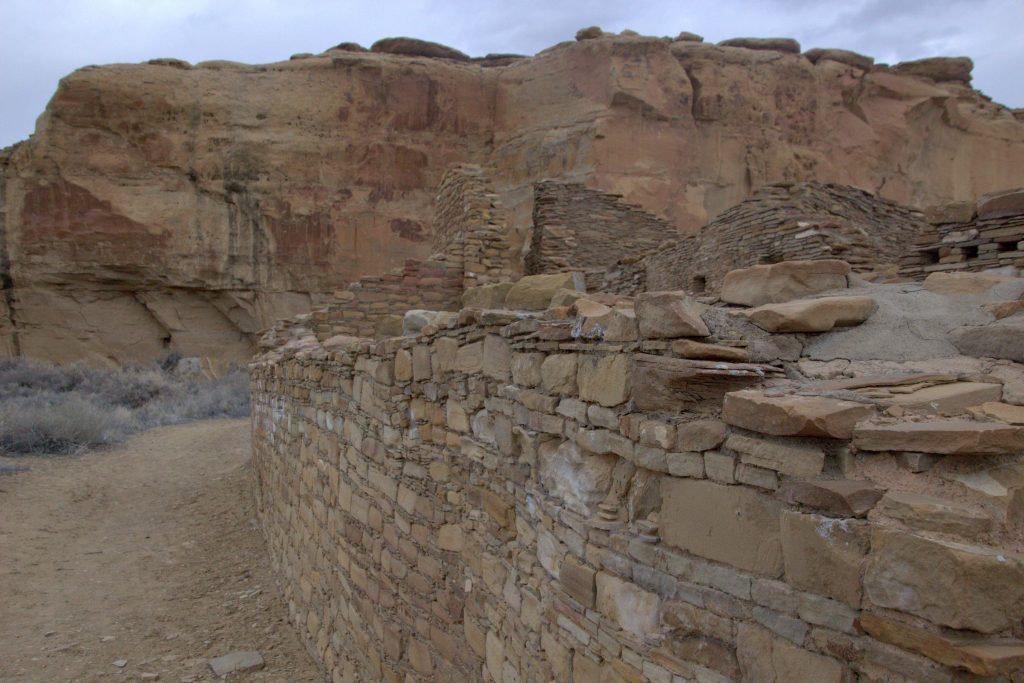 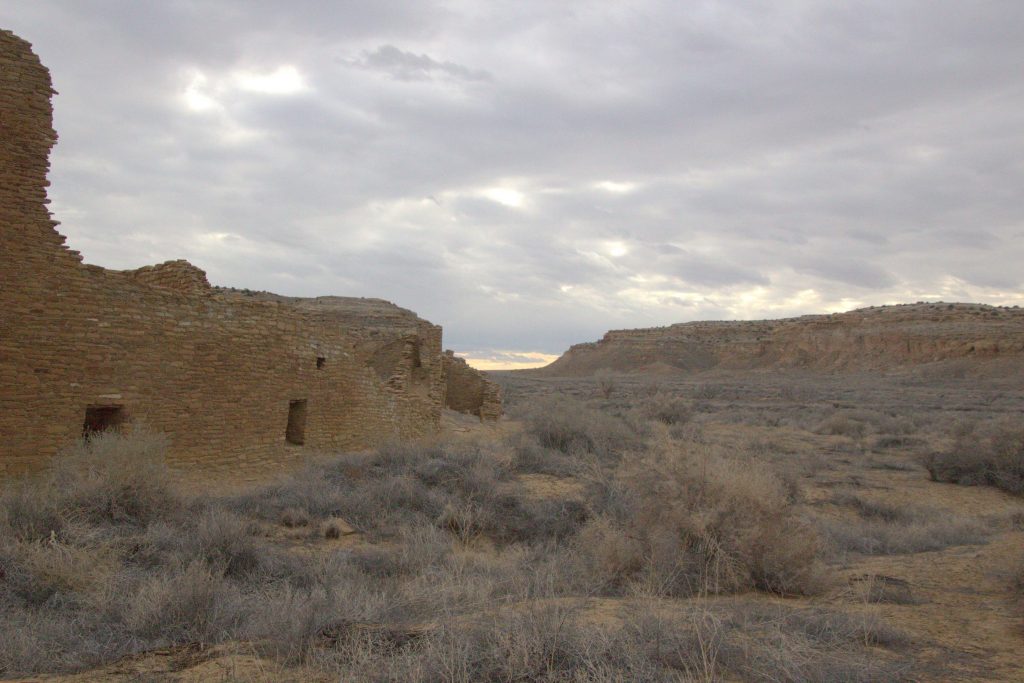 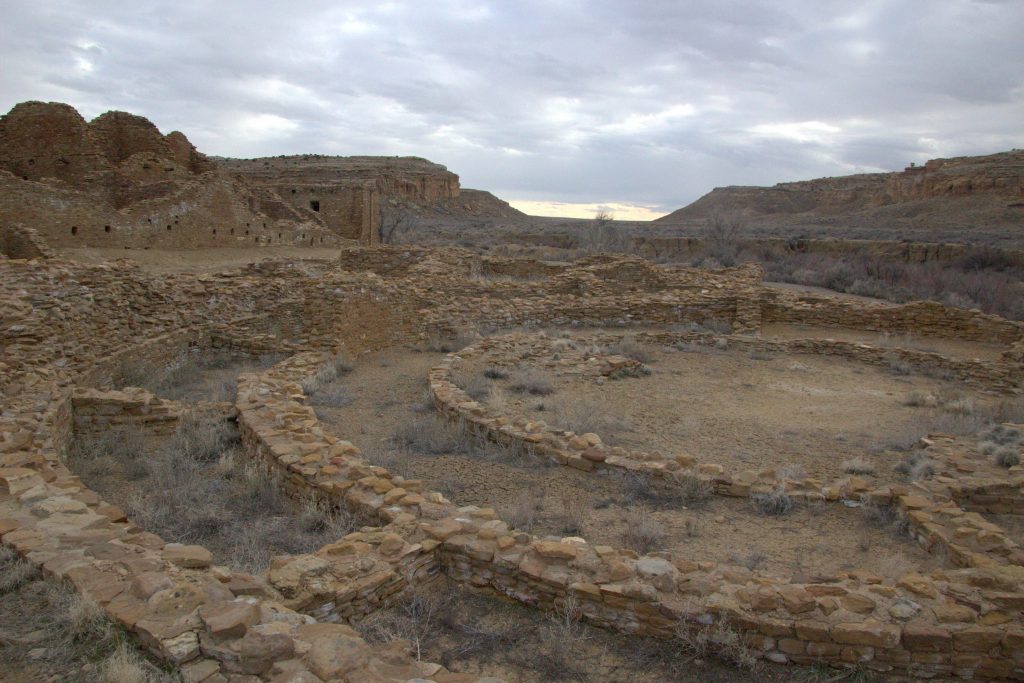 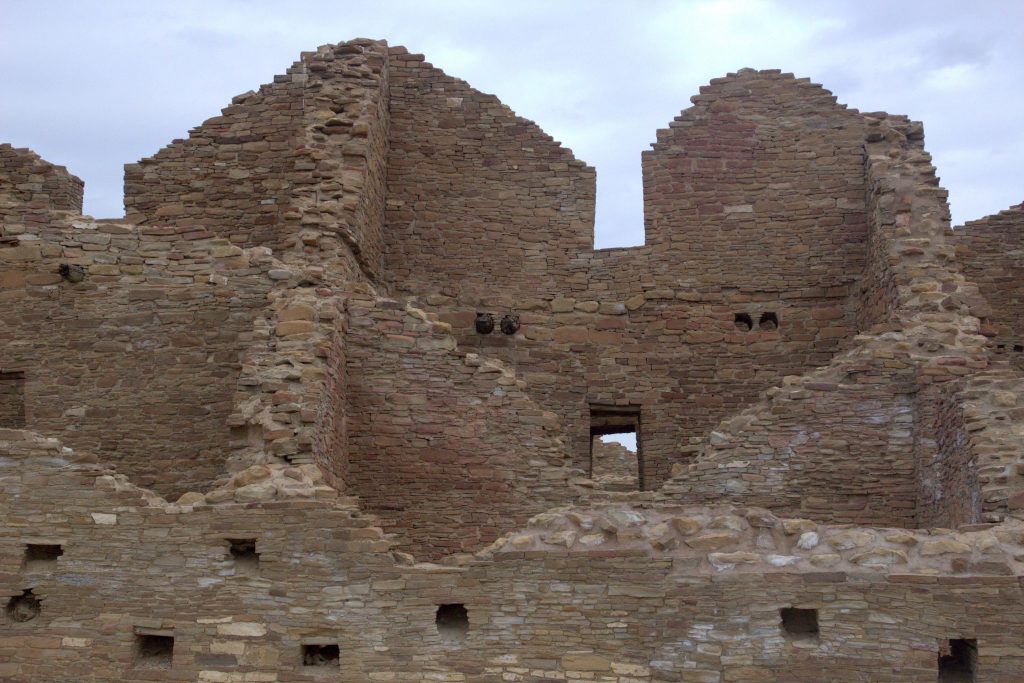 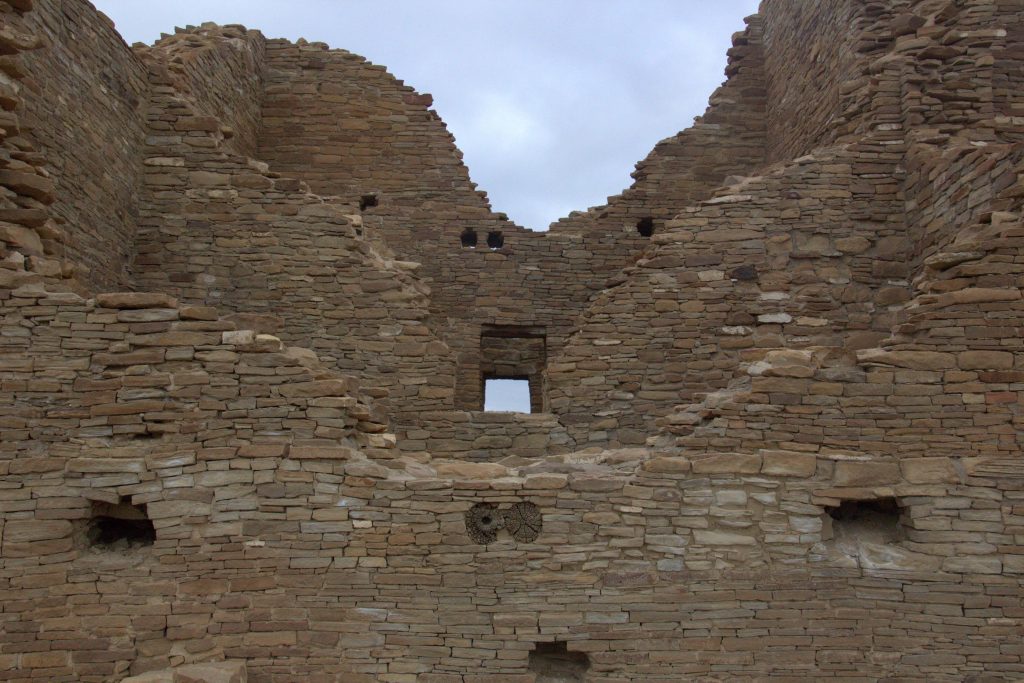 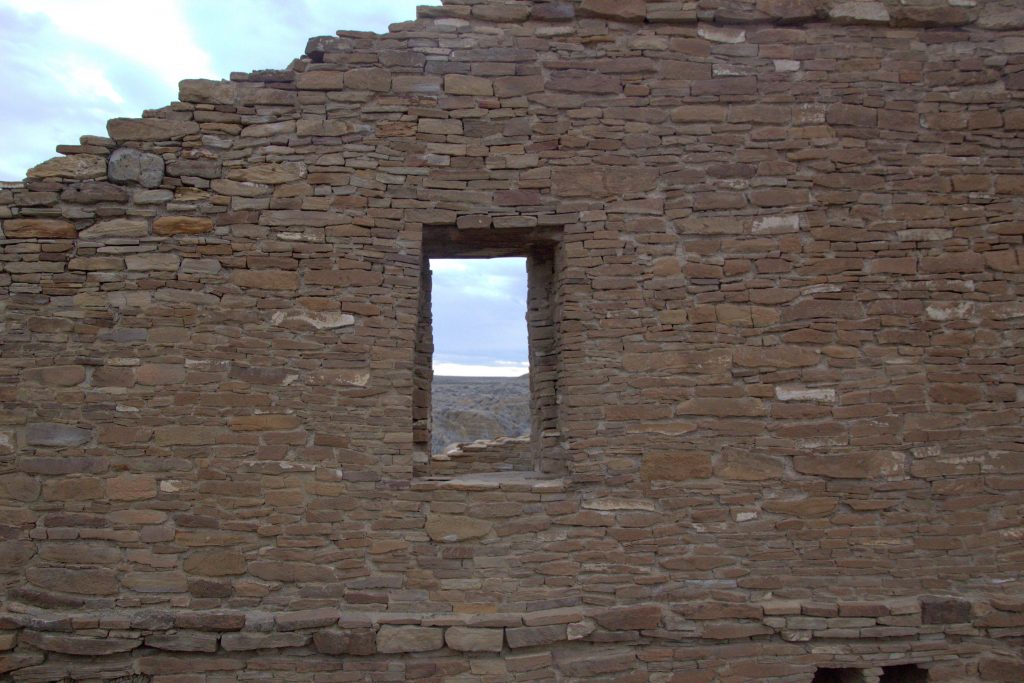