On Saturday, after traveling over the vastly open high-desert country of the Navajo nation, we arrived at Chaco Canyon at lunchtime, and after setting up camp, we visited the great house sites at Una Vida, Hungo Pavi and Chetro Ketl. Like most of the great houses, Chetro Ketl started as a smaller building. Around 1010, it was constructed as a single-story building but was later enlarged to a D shaped structure covering almost three acres with three stories and over five hundred rooms. Immediately after entering the site, we came to a large, round subsurface structure or Kiva. Kivas are used as ceremonial centers by modern Puebloans, and the Kivas at Chaco were also likely used for religious ceremonies. All the great houses included large plazas, likely used for gatherings and ceremonies, and the plaza at Chetro Ketl consists of a raised platform that required bringing tons of dirt onto the site. The remains of logs and wooden rods are seen projecting through the walls which were used to construct the floors of the multiple stories. The logs were brought to the site from distant forests, and as many as 26,000 trees were used for construction in Chaco Canyon. Chetro Ketl included an unusual colonnade which lined the plaza. The great rear wall of Chetro Ketl is oriented towards the lunar minor location within the nineteen year lunar cycle. 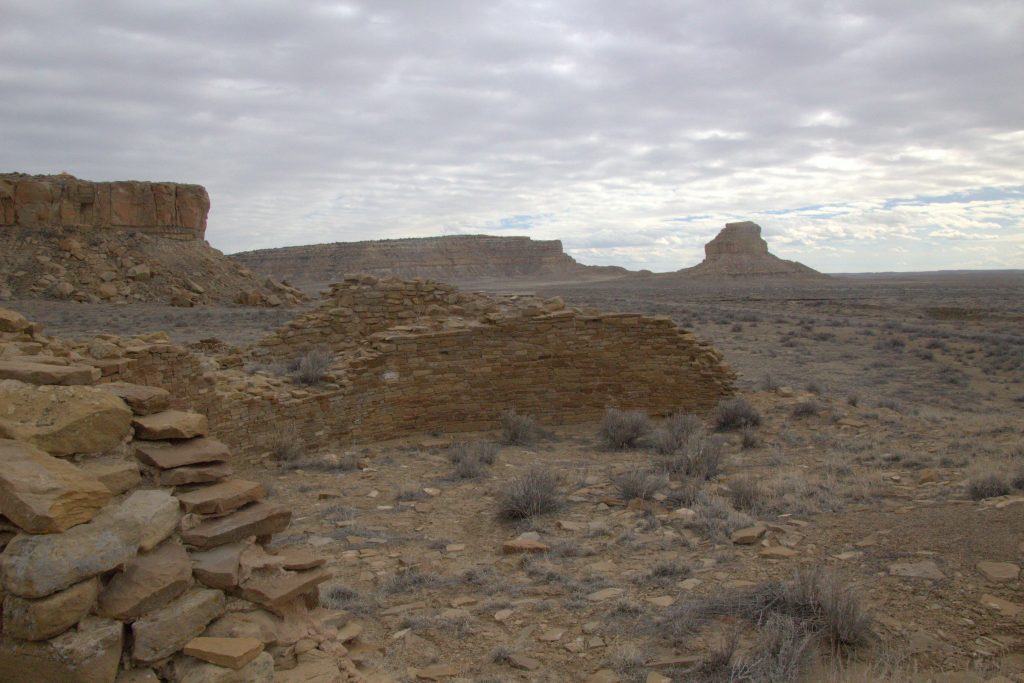 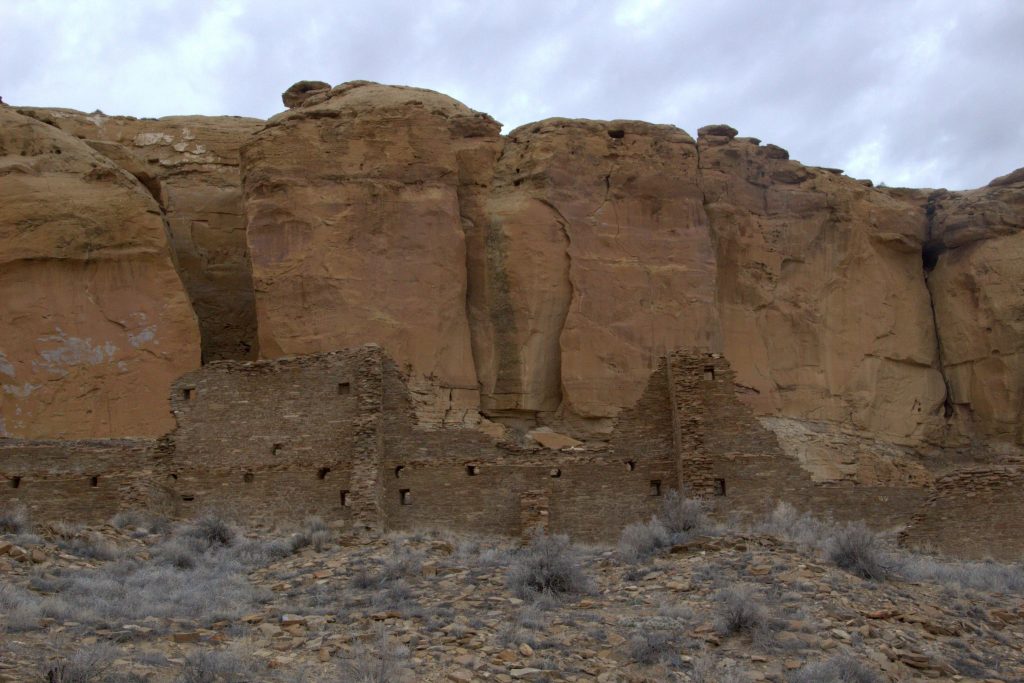 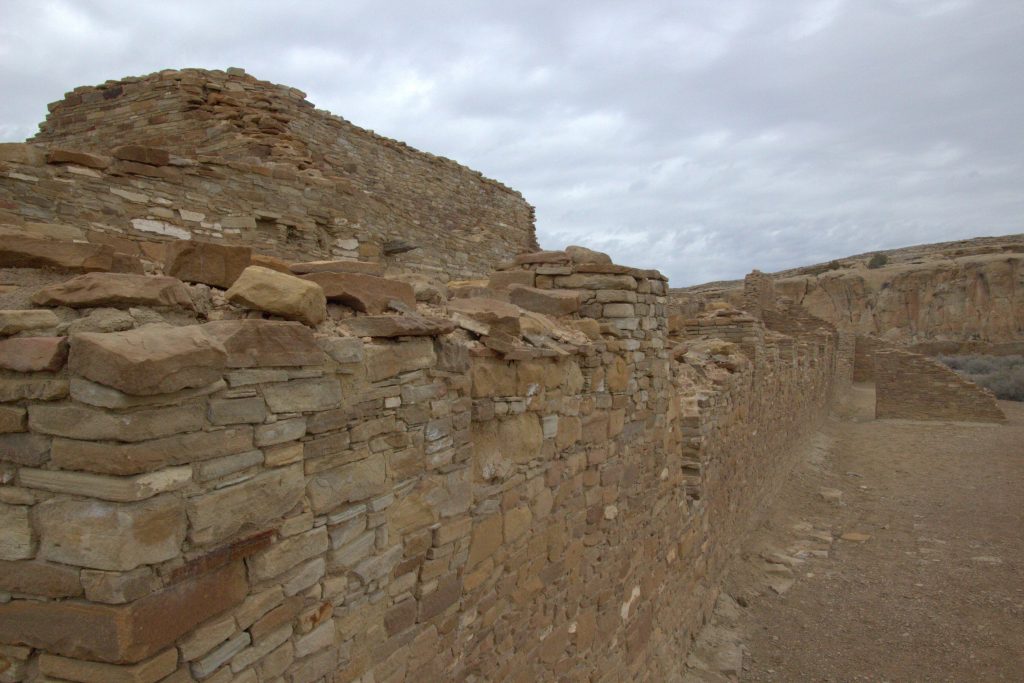 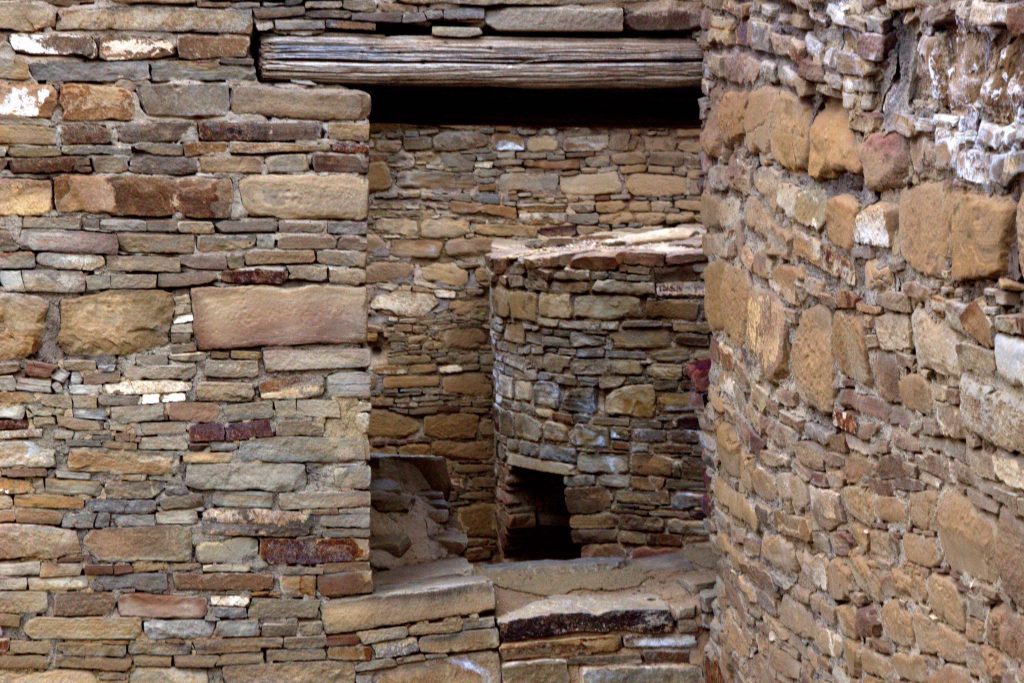 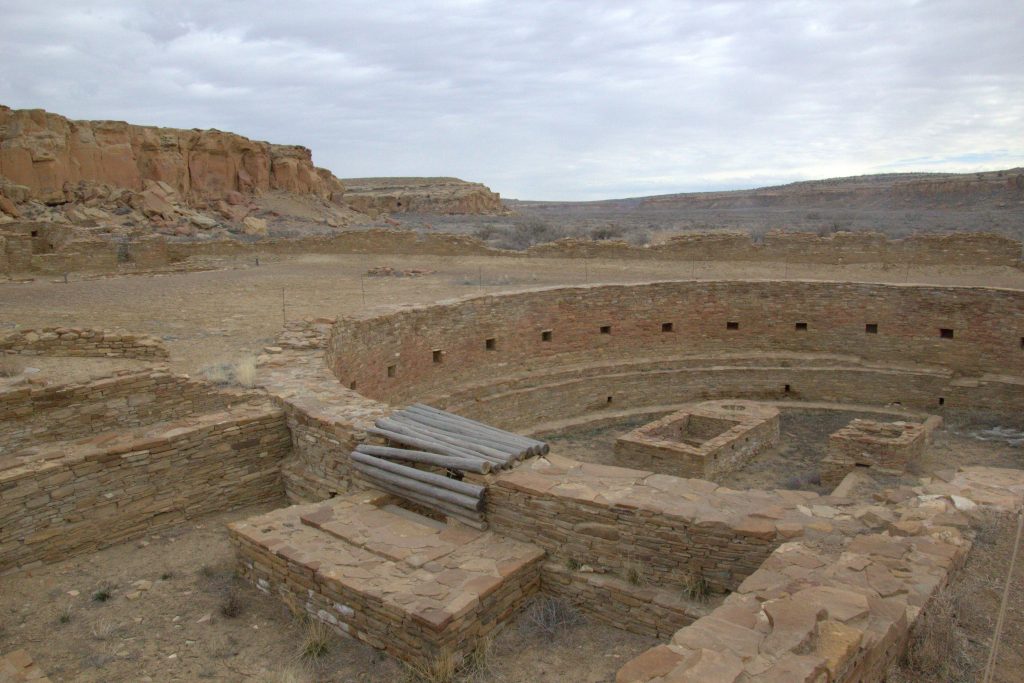 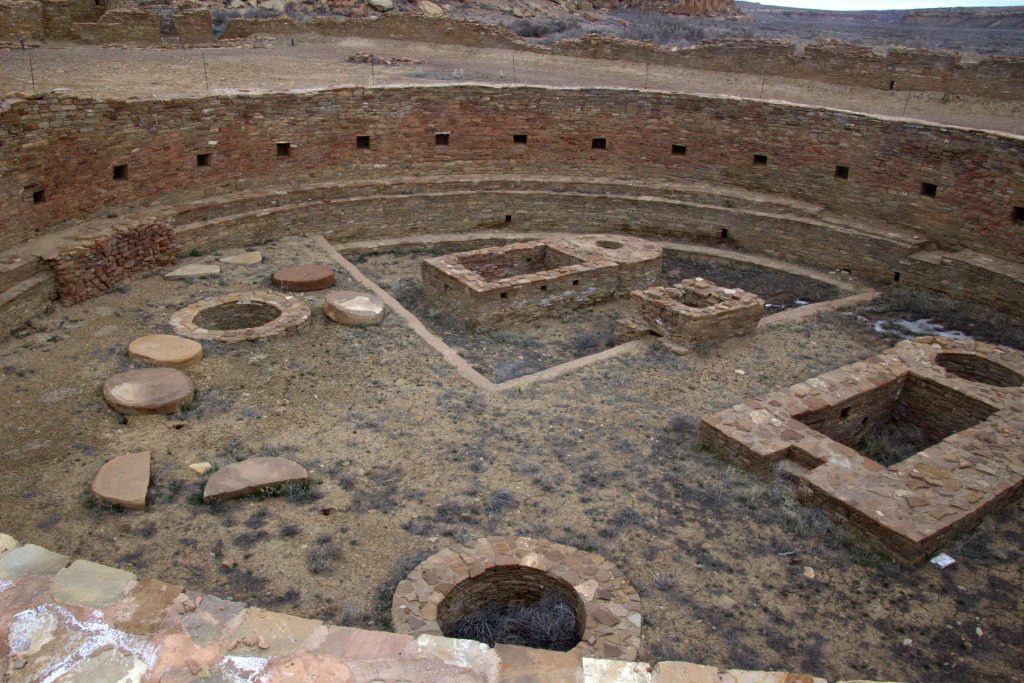 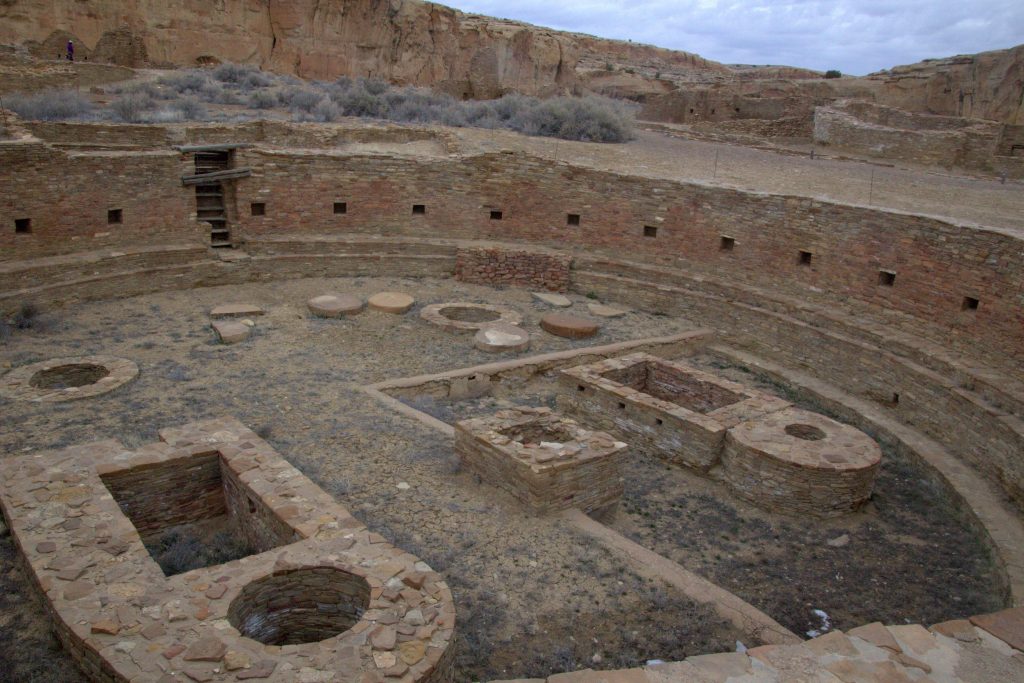 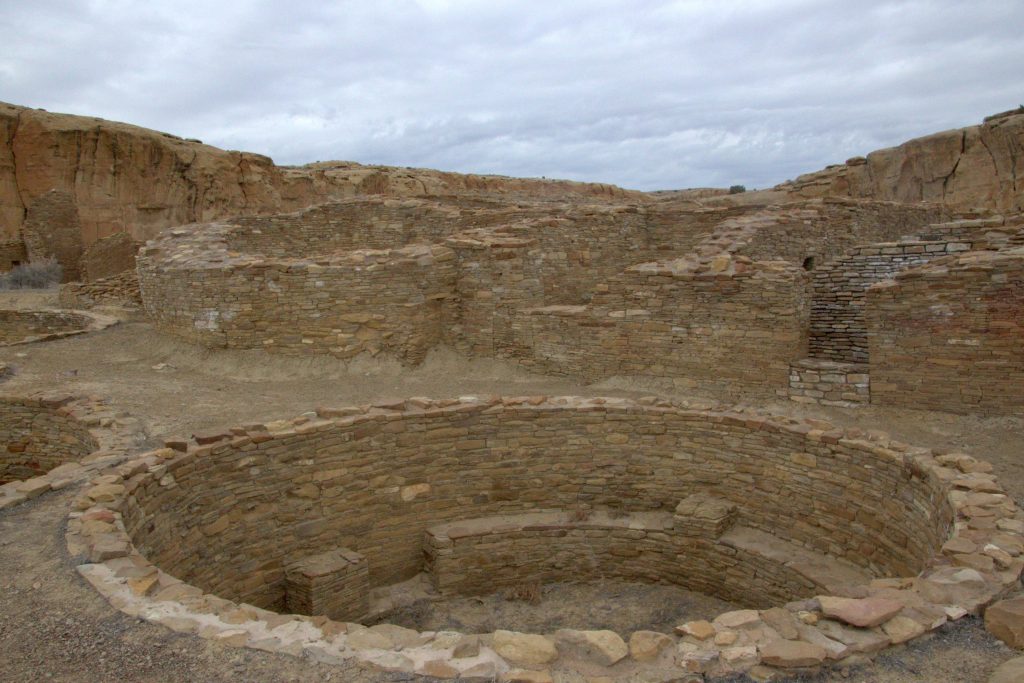 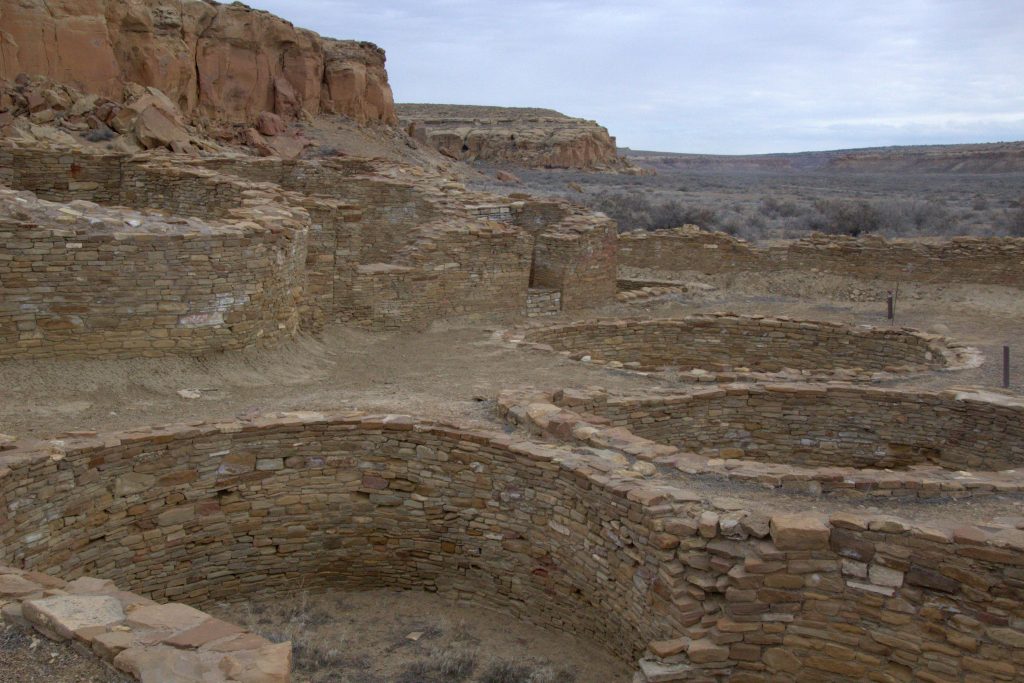 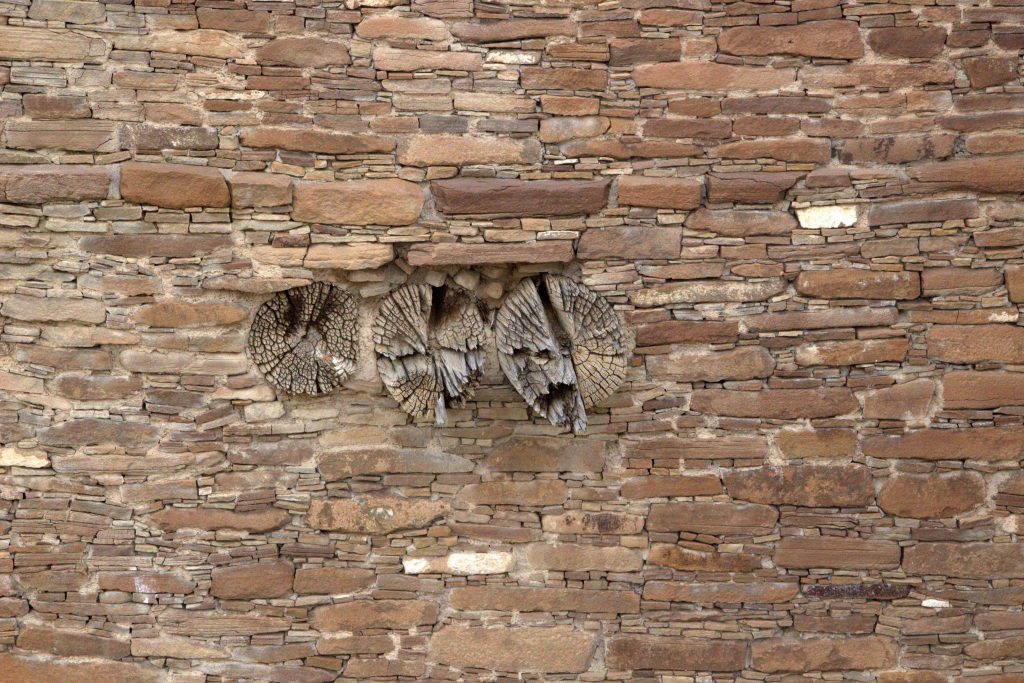 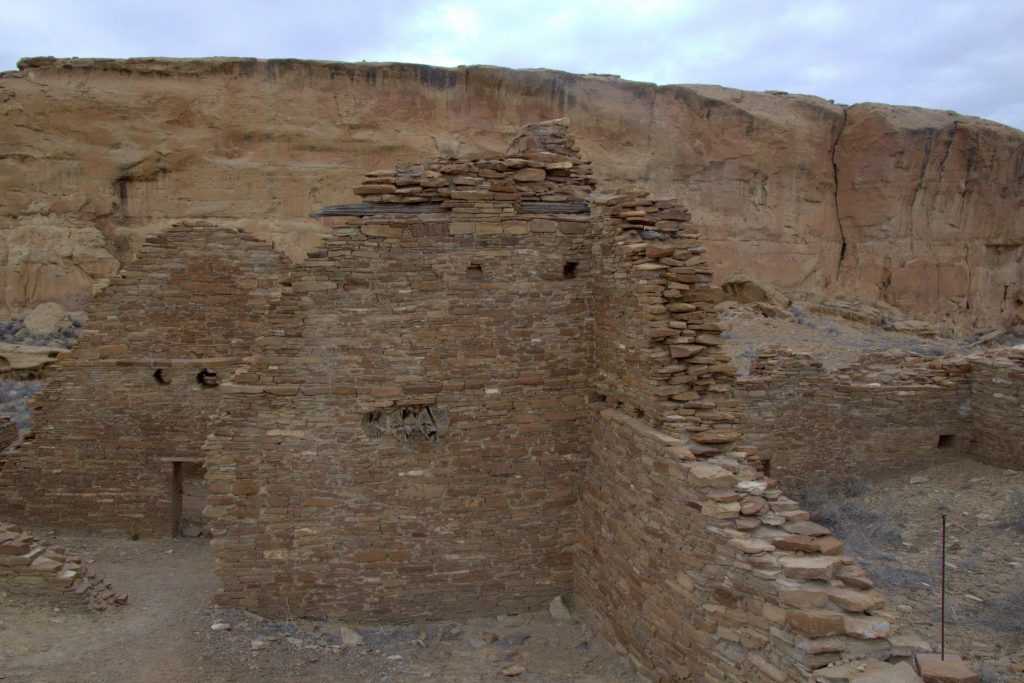 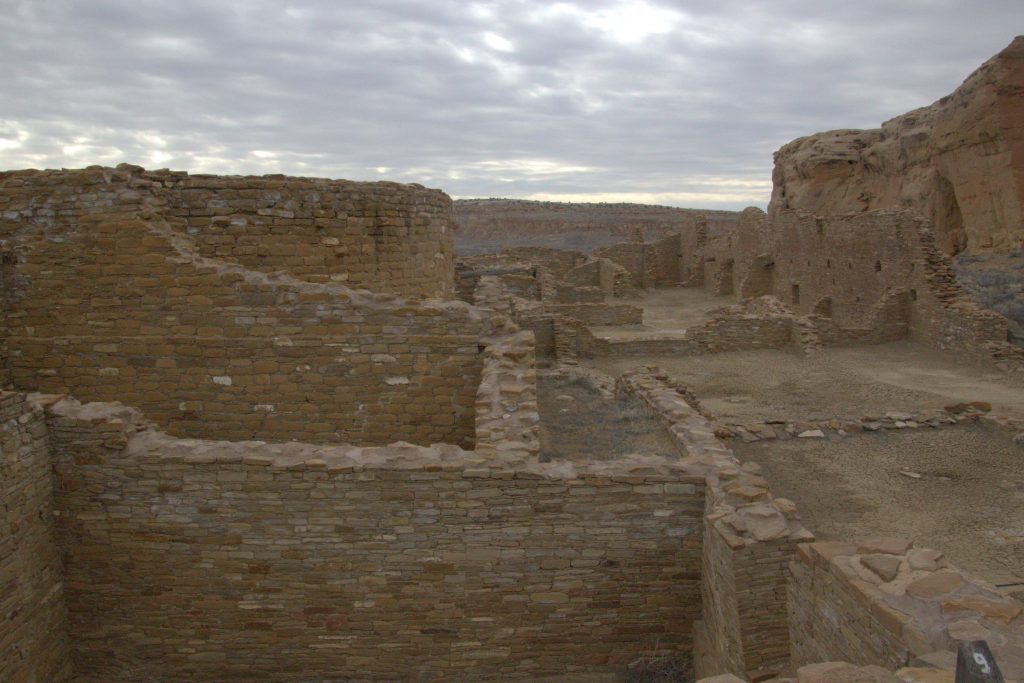 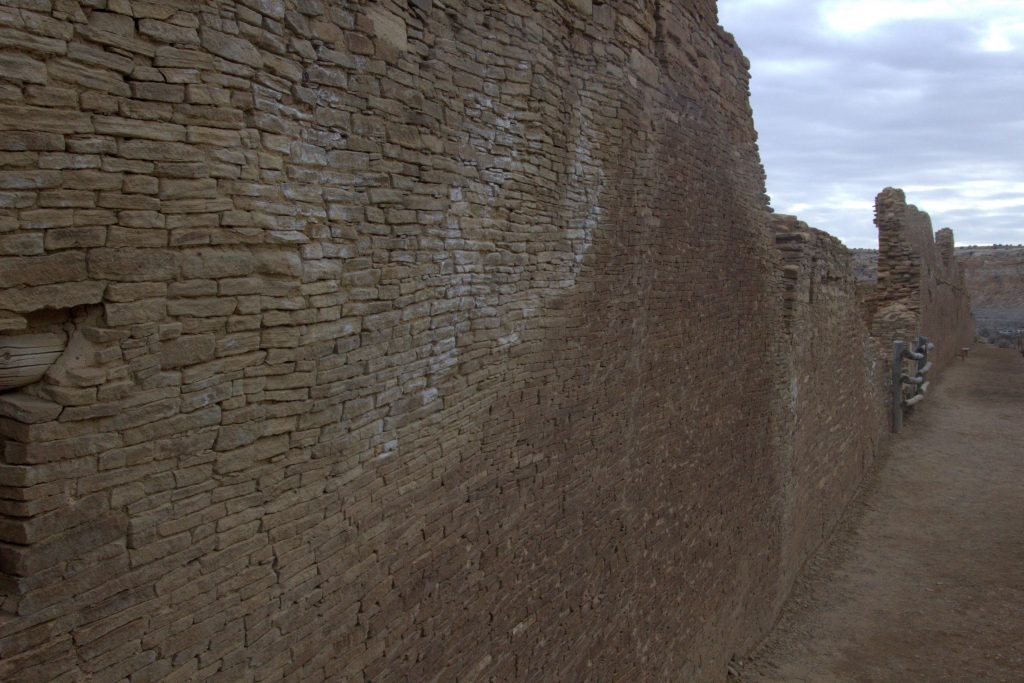 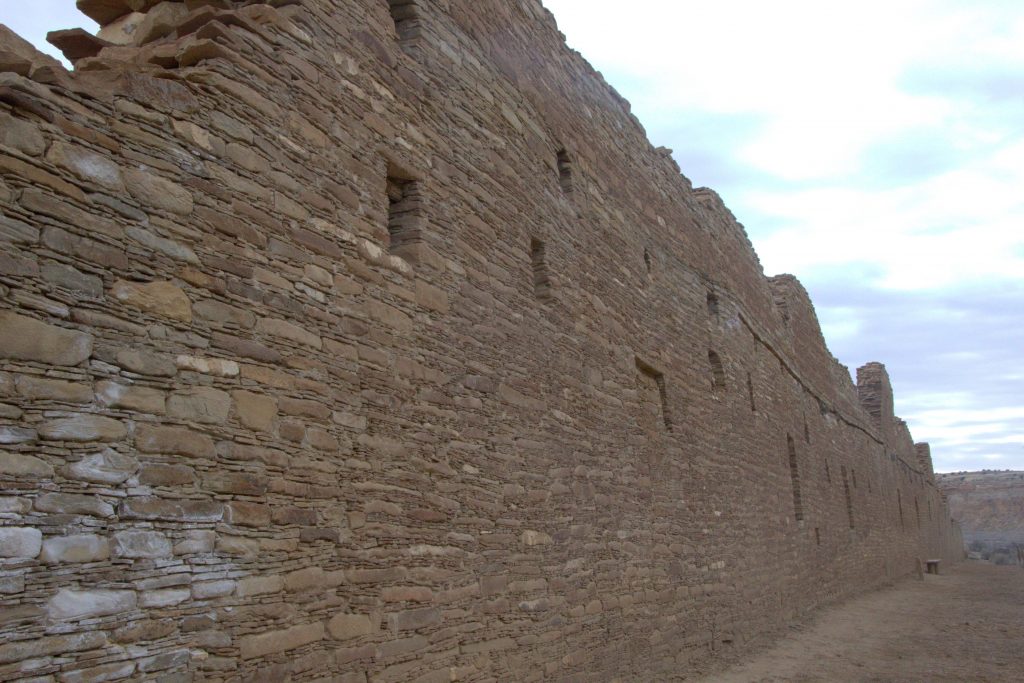 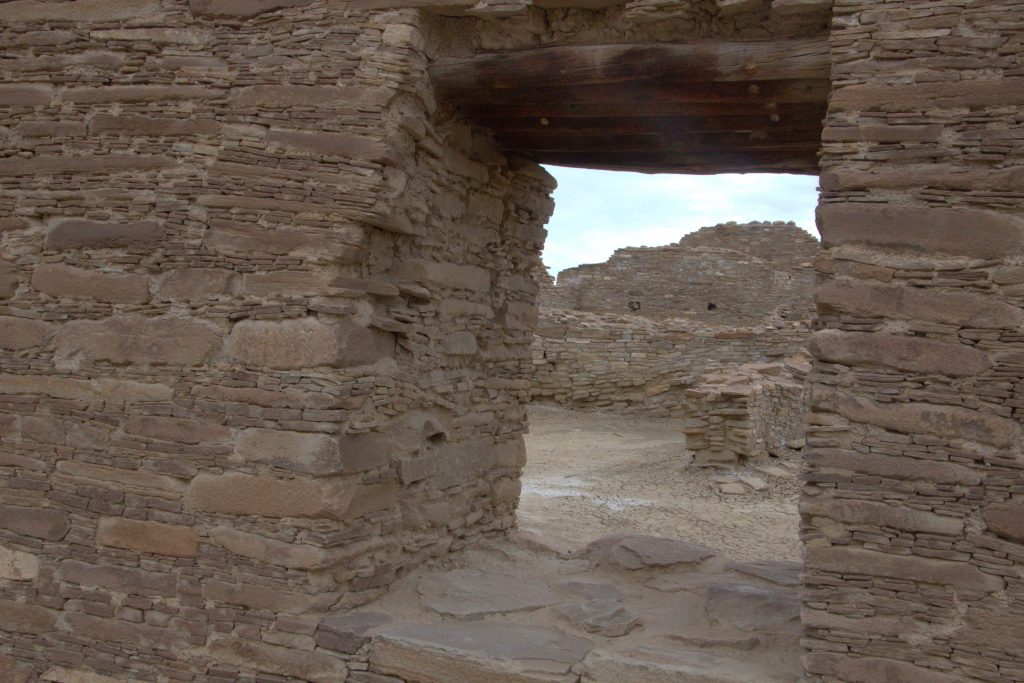 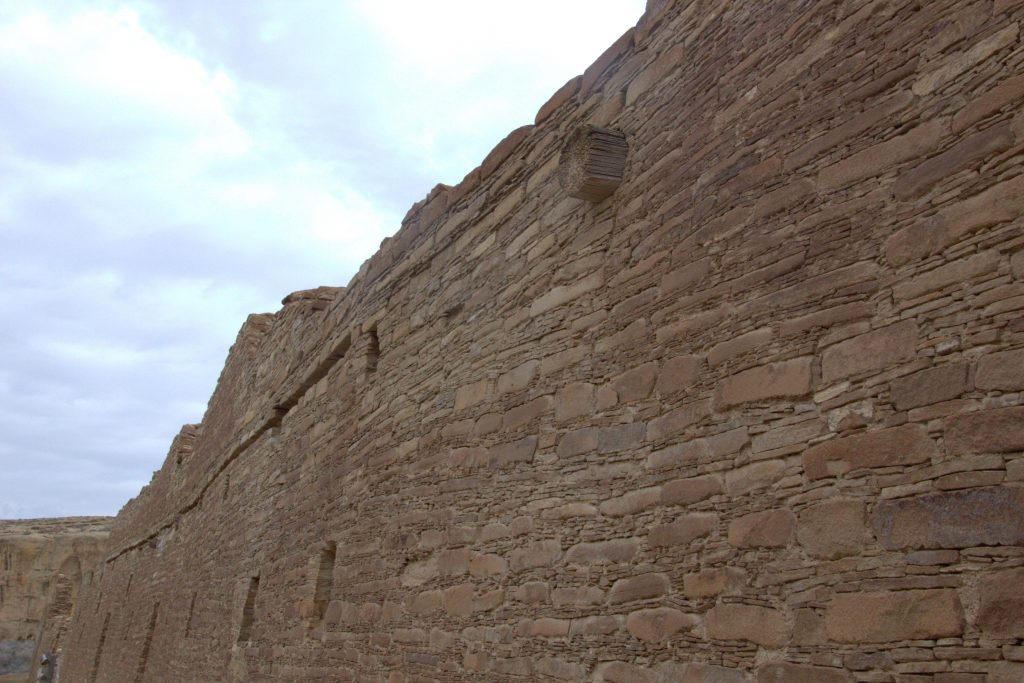