Last weekend, I traveled with a group to visit Chaco Canyon in northwestern New Mexico. One thousand years ago, the Canyon was the economic, political and spiritual center of native Puebloan culture. The Canyon and the surrounding mesas contained a network of great stone buildings, connected by a system of roads. The buildings and roads were oriented towards the solar solstices, solar equinoxes, lunar maxima and minima, and cardinal directions. This astronomical grid was established by the builders over a vast area of open desert. 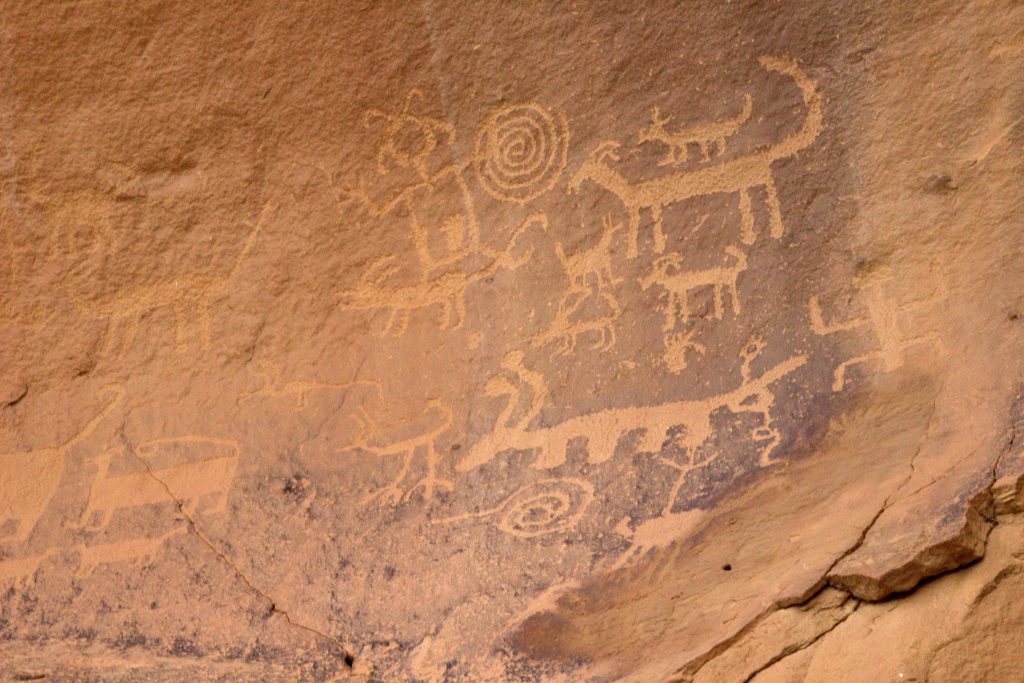 There are panels of rock painting and carvings throughout the canyon. Much of the art is representational describing the desert animals, ceremonial masks, and people. There are also symbolic themes with spirals being particular common. Some say the spirals represent the migration stories of the Puebloan peoples or perhaps they represent the totality of the Puebloan universe. Chinese astronomers recorded a supernova in 1054 which was visible during the day.  The panel at the bottom below is thought to have recorded that event. 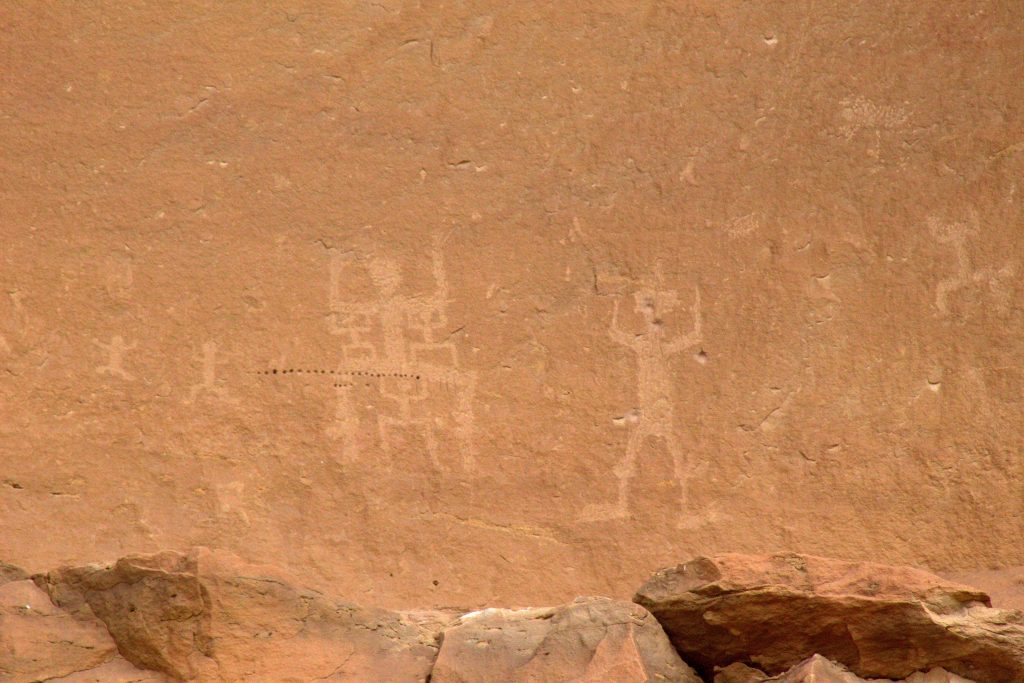 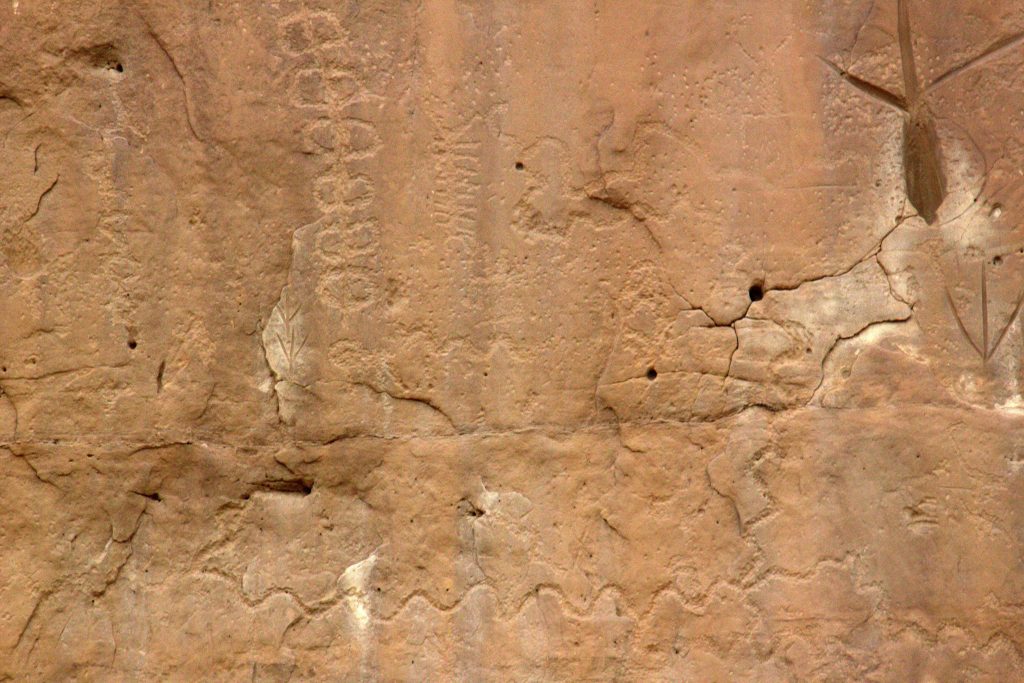 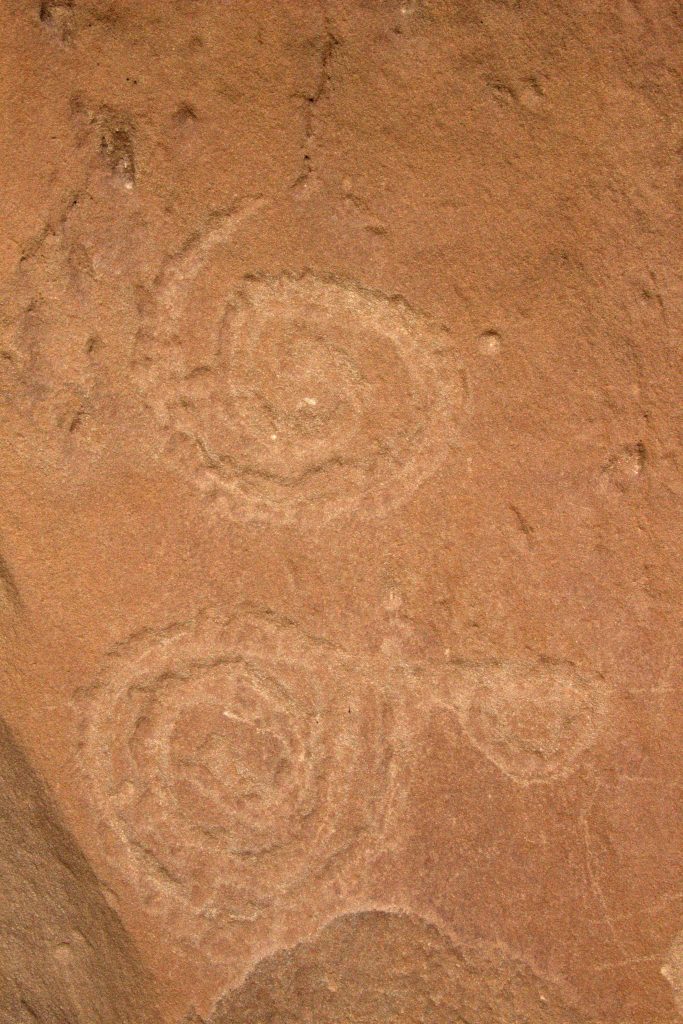 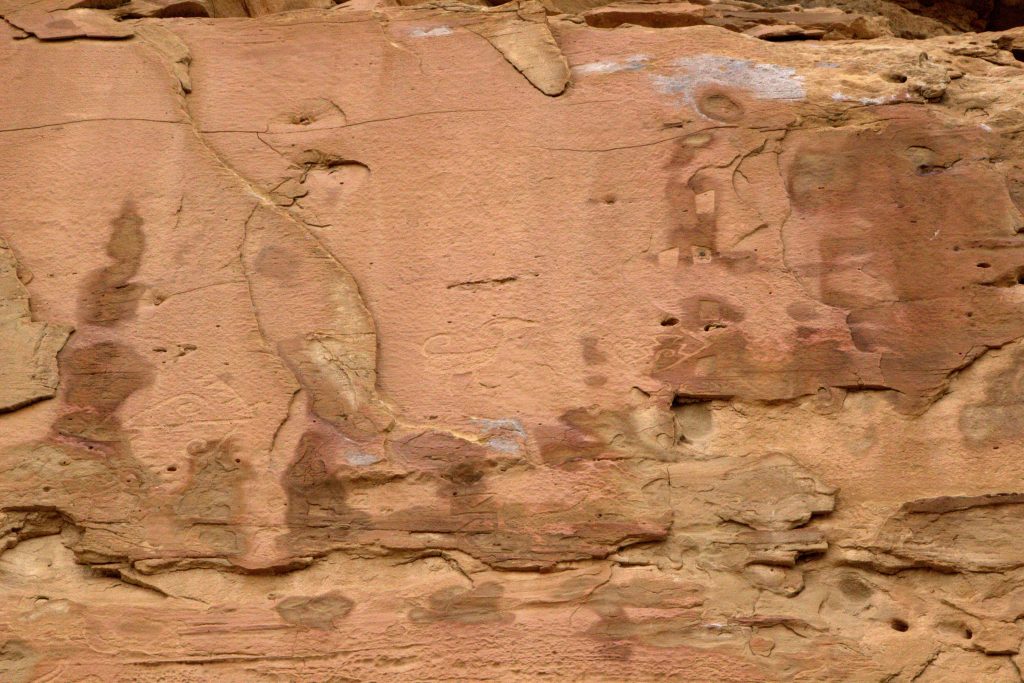 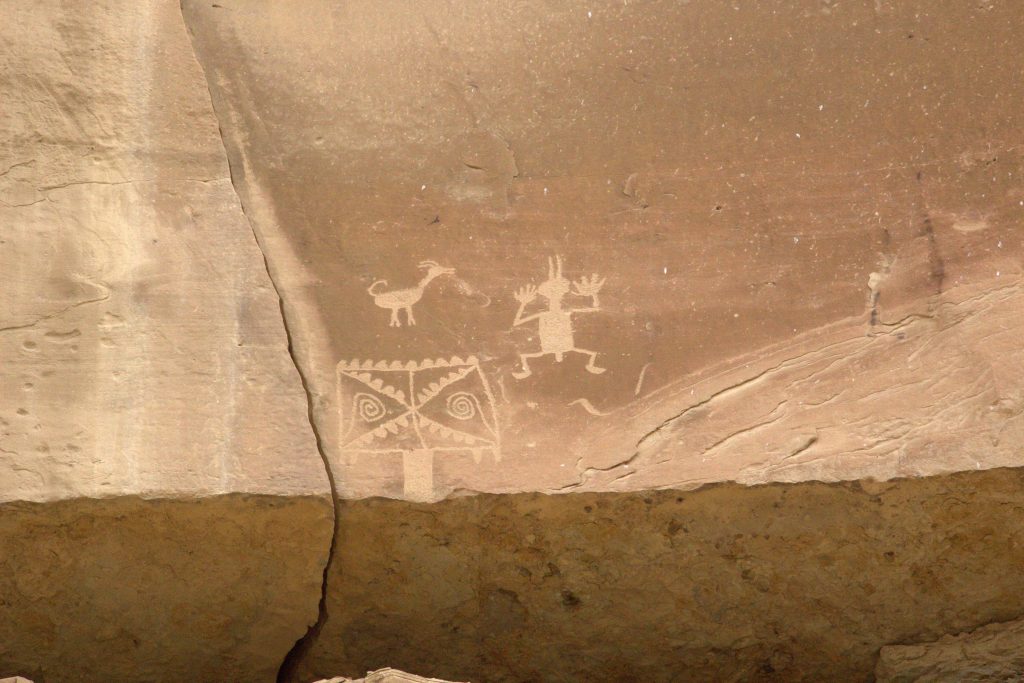 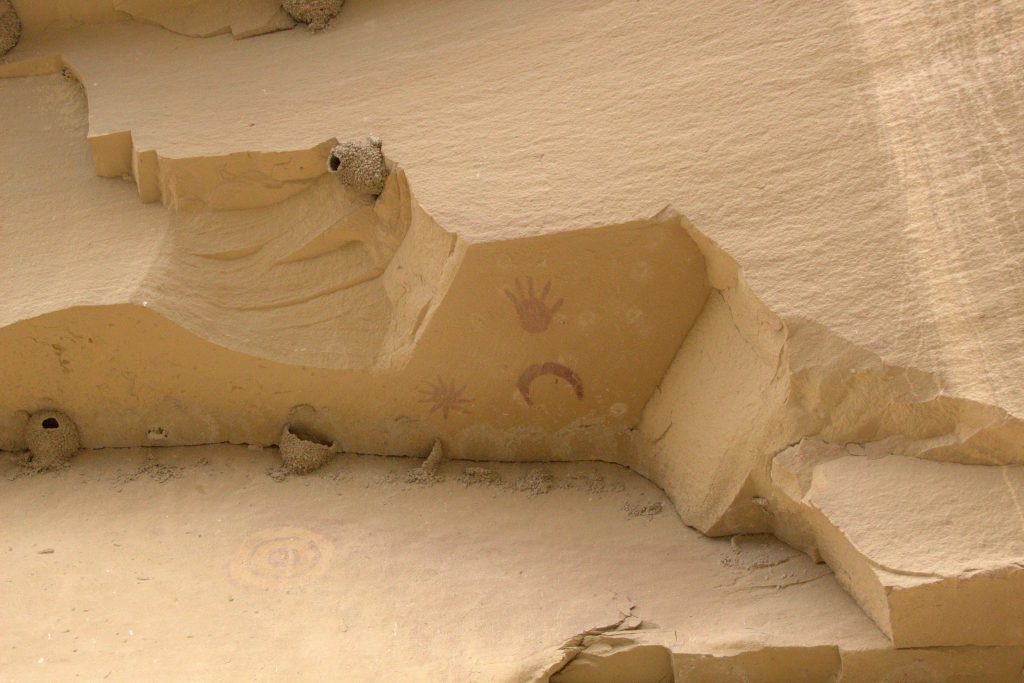 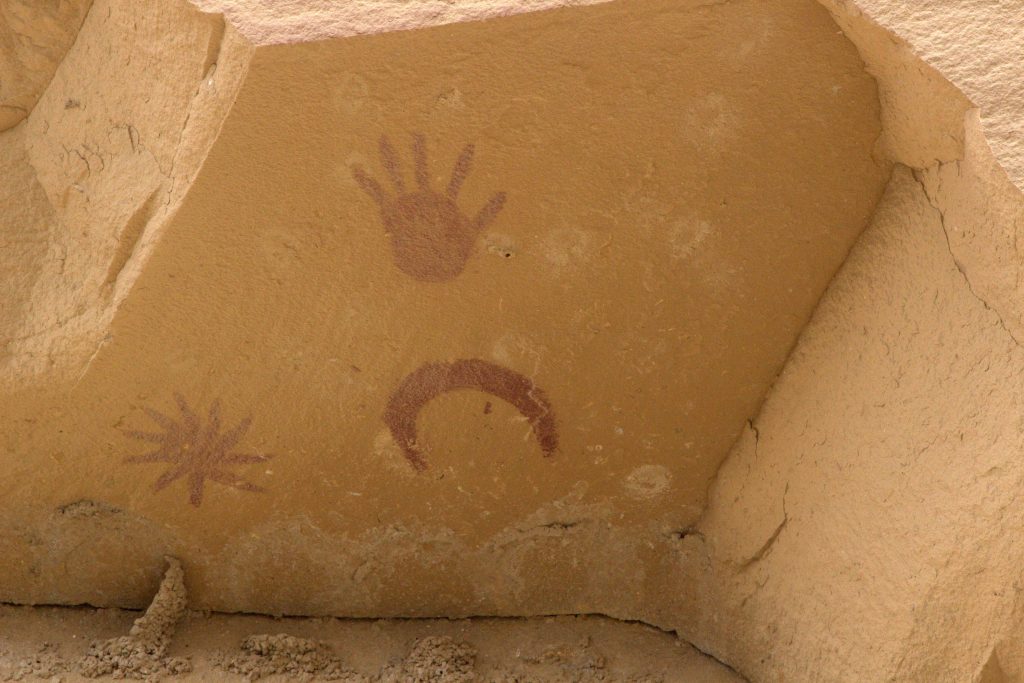