On August 21, we started our last big hike from Gruben. It was partly sunny as we climbed through the forest and high pastures and rugged mountain basins. When we reached the Augstbordpass, we saw the mountains back to the west were covered with clouds and fog was moving towards us. After sitting for some time on the cold pass watching the weather change, we descended into a rugged basin that was beautifully green and wild. After descending to a lake, we were surprised to see the trail rise over a boulder field and we began a long traverse on a ledge trail that hung above the precipice. At many points, we had to climb over boulders to follow the trail. Following in the rear, I came upon our group high above the valley petting three domestic goats with bell collars. At one point, we stopped to watch a small herd of chamois below us. After some time, we came around a bend and found the famous Twara viewpoint, said to be the best on the Haute Route. There, we had views of a number of peaks including the Nadelhorn, Lenzpitze, Dom, and other mountains across the Mattertal Valley. After descending a bit more, we could see the majestic Weisshorn in its full glory not far to the south. From there, we descended to the small, high hamlet of Jungen where we caught a cable car and rode it steeply down to Saint Niklaus, the largest town we had seen since riding around Geneva. After help from locals with the ticket machine at the station, we rode the train a short distance down the valley to the small village of Herbriggen where we stayed in a hotel two nights. 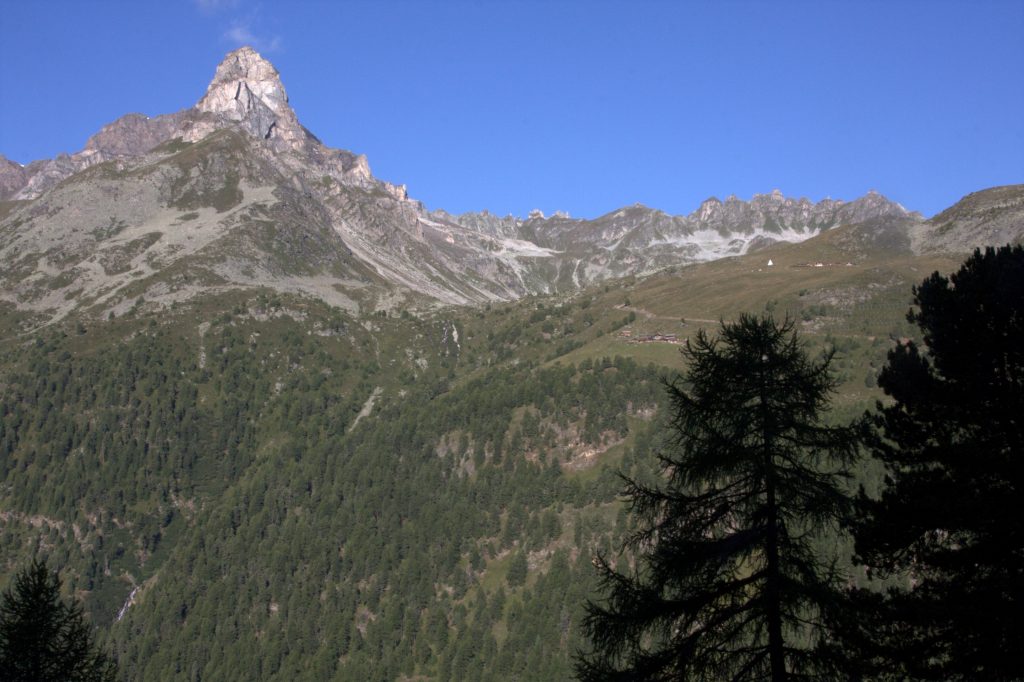 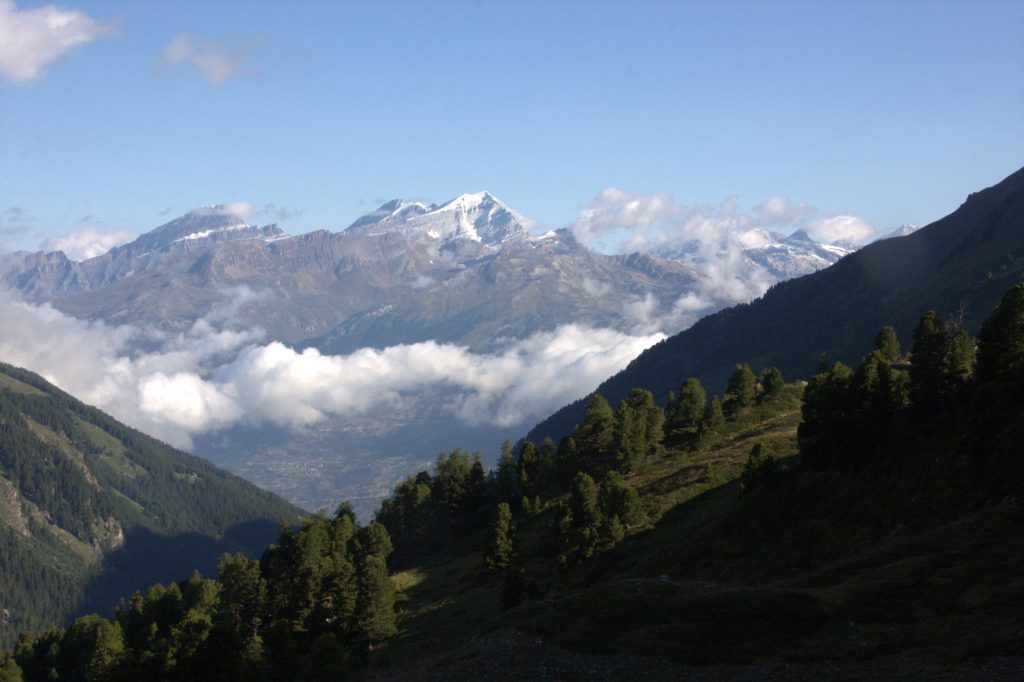 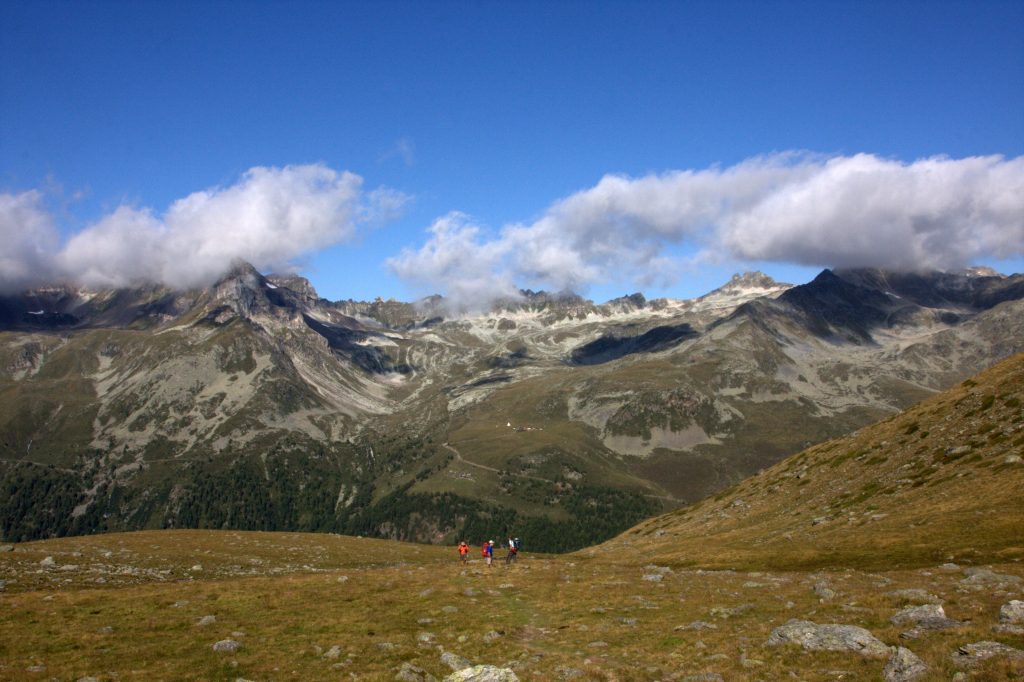 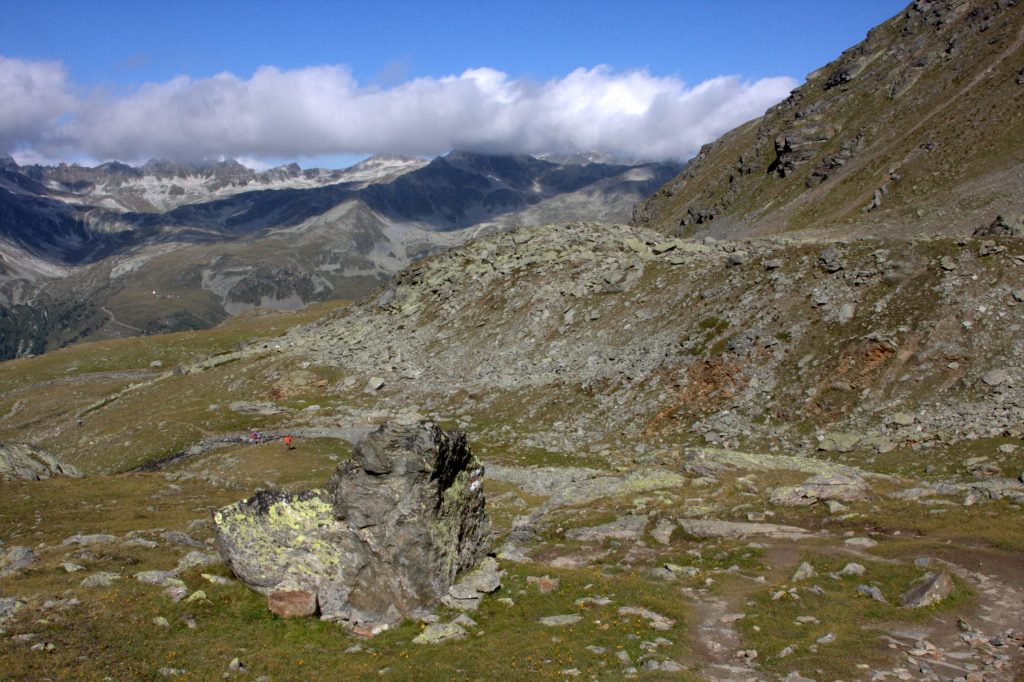 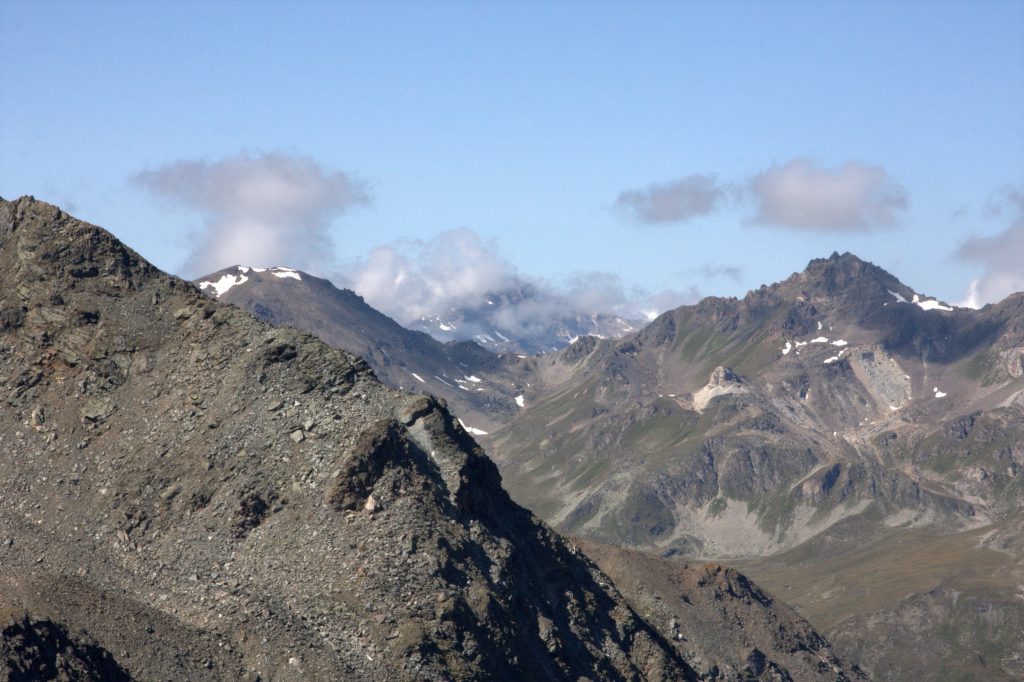 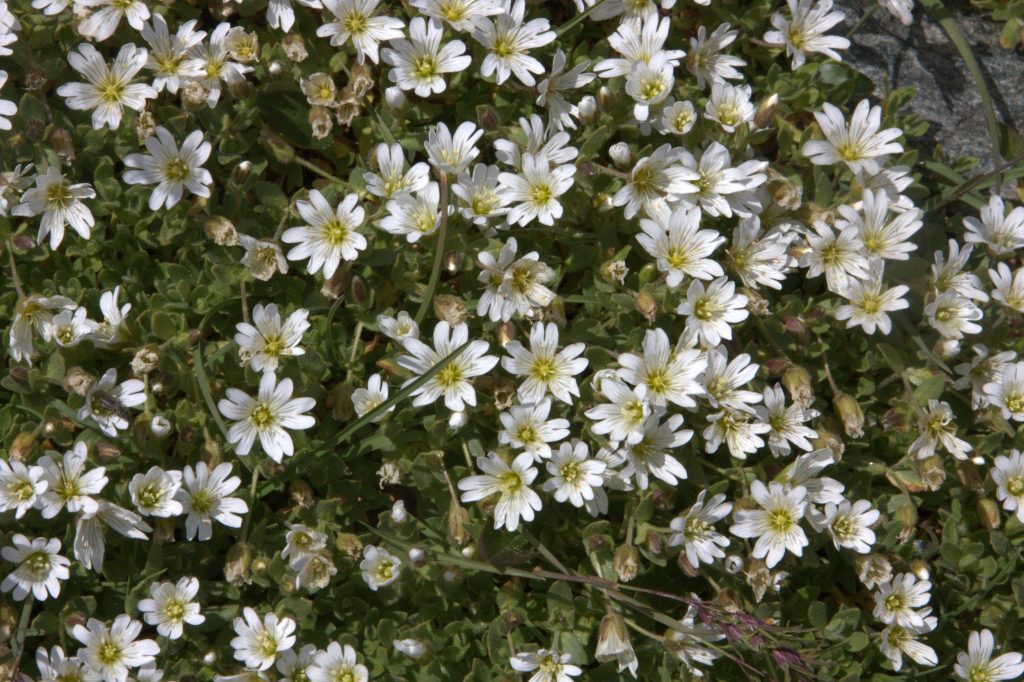 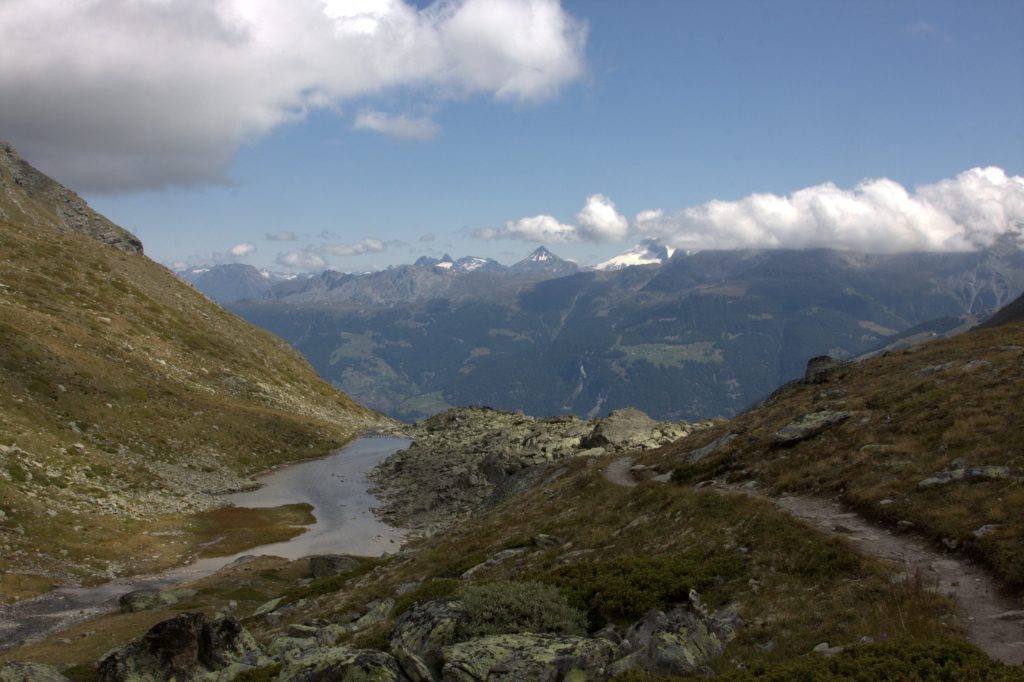 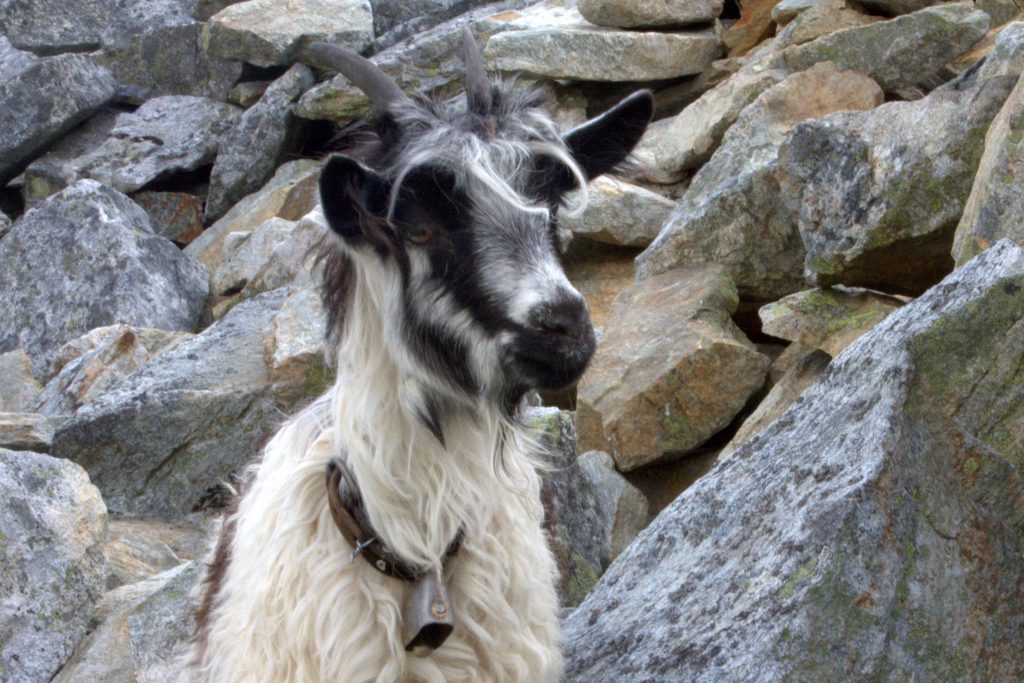 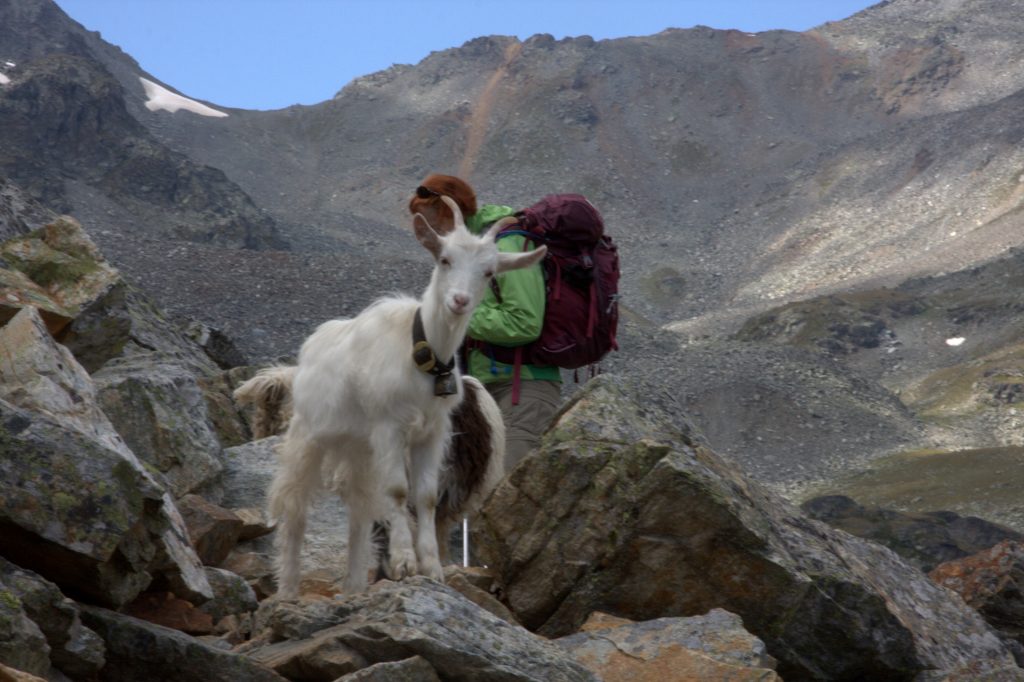 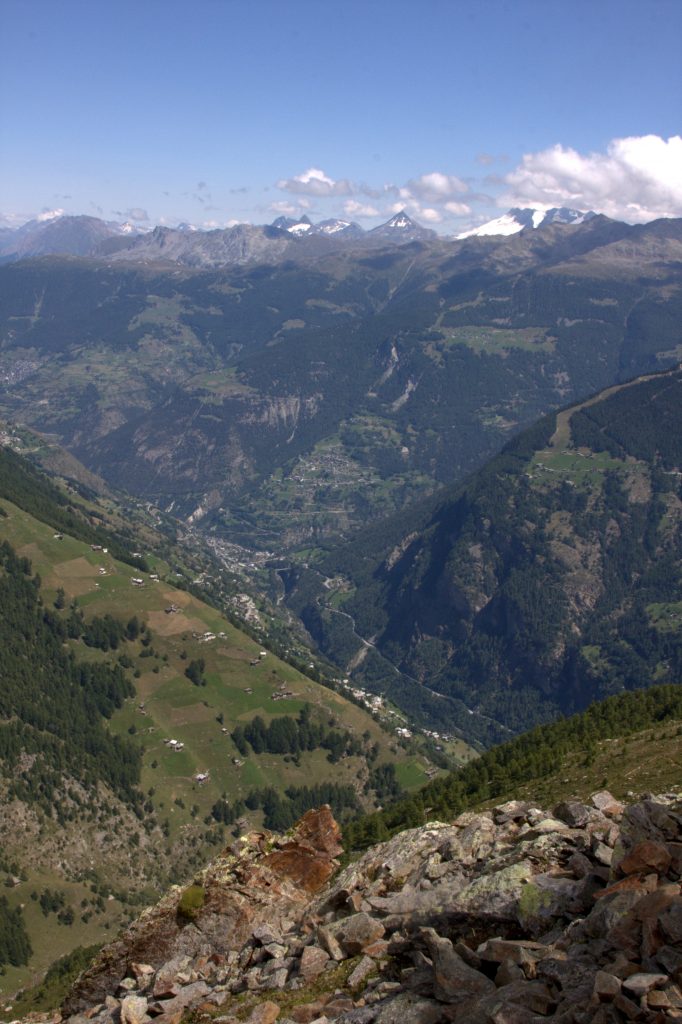 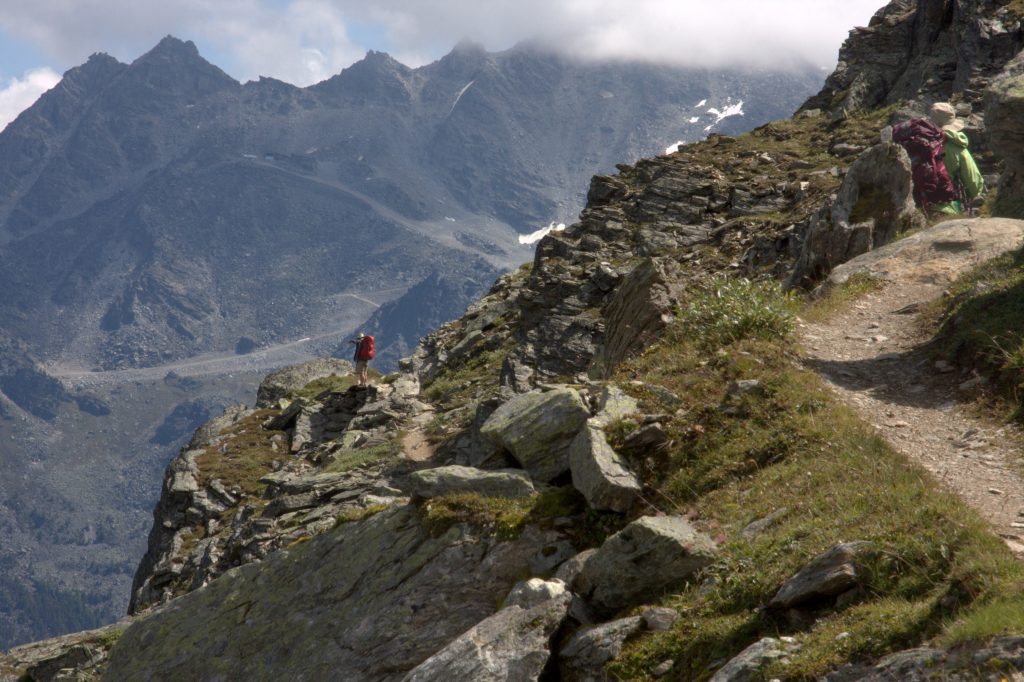 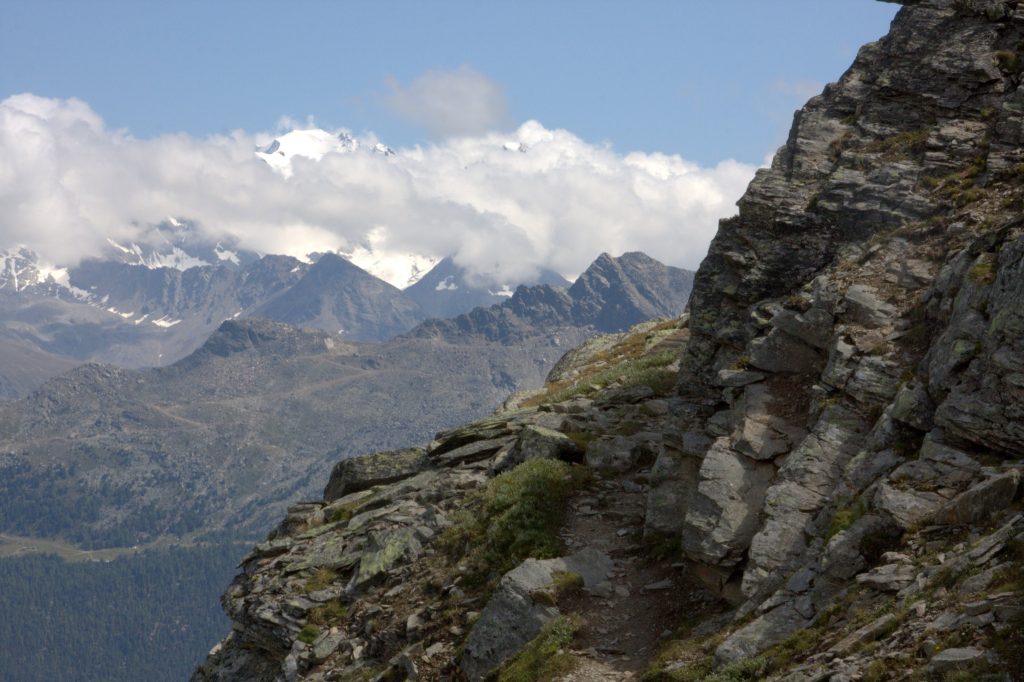 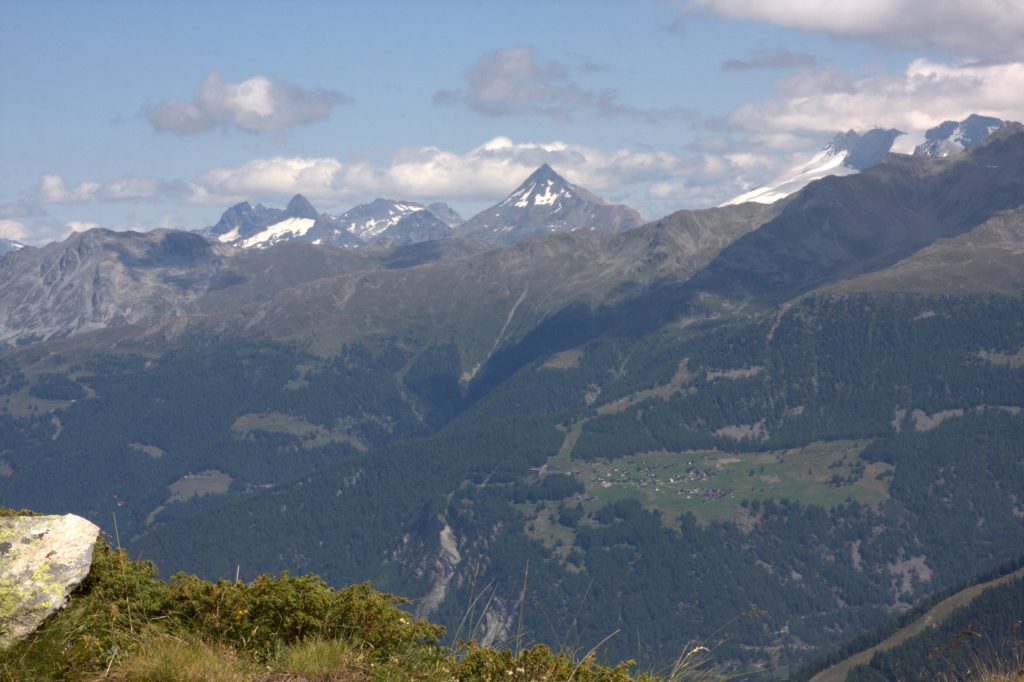 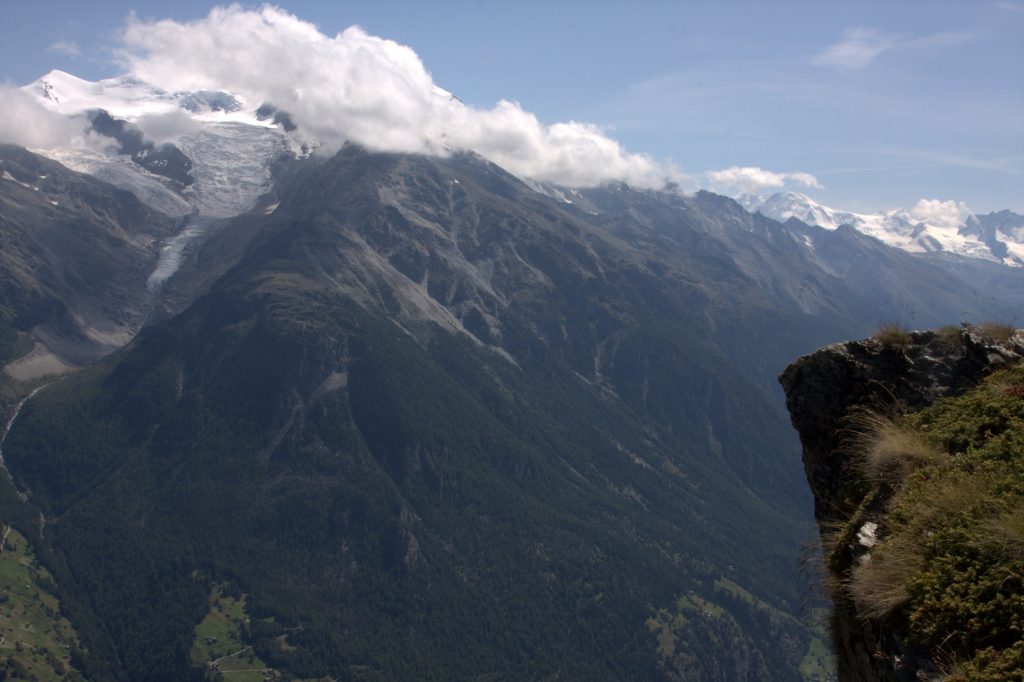 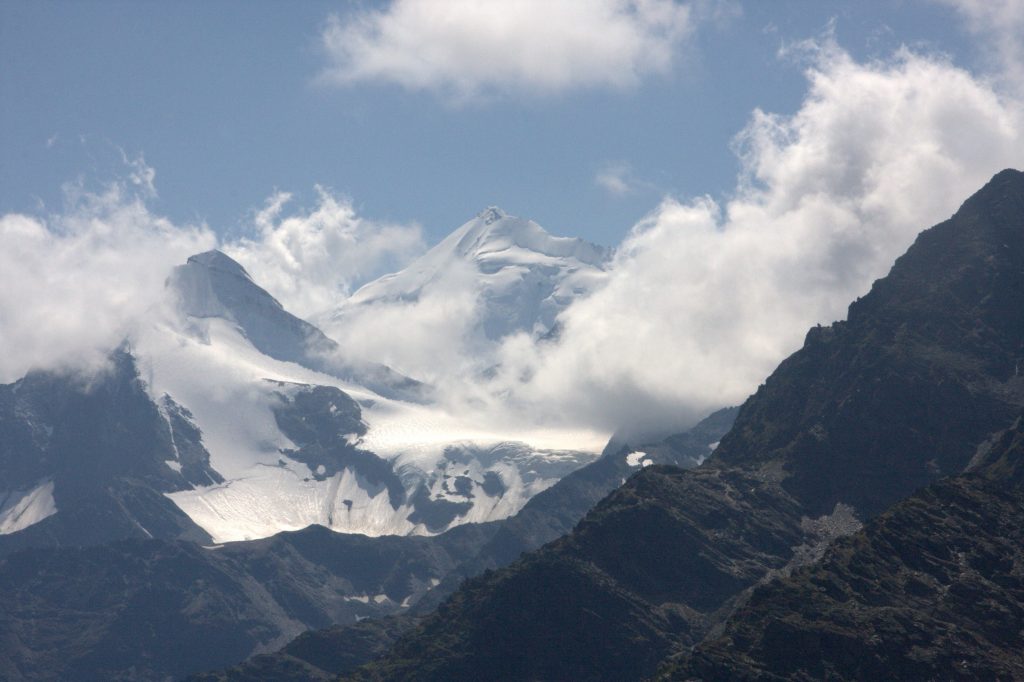 I have decided that my vision of heaven is after climbing strong over a high, mountain pass, I am descending into a green alpine meadow. In my pack is a luscious piece of fruit grown in the last valley, a hunk of delicious local cheese and some incredible Swiss Chocolate. There are wild flowers all around, and from somewhere in the basin, I can hear a choir of cowbells. Across the valley are glacier covered peaks and below me, is the prospect of a well-prepared country meal and a warm bed in a quaint Swiss village. 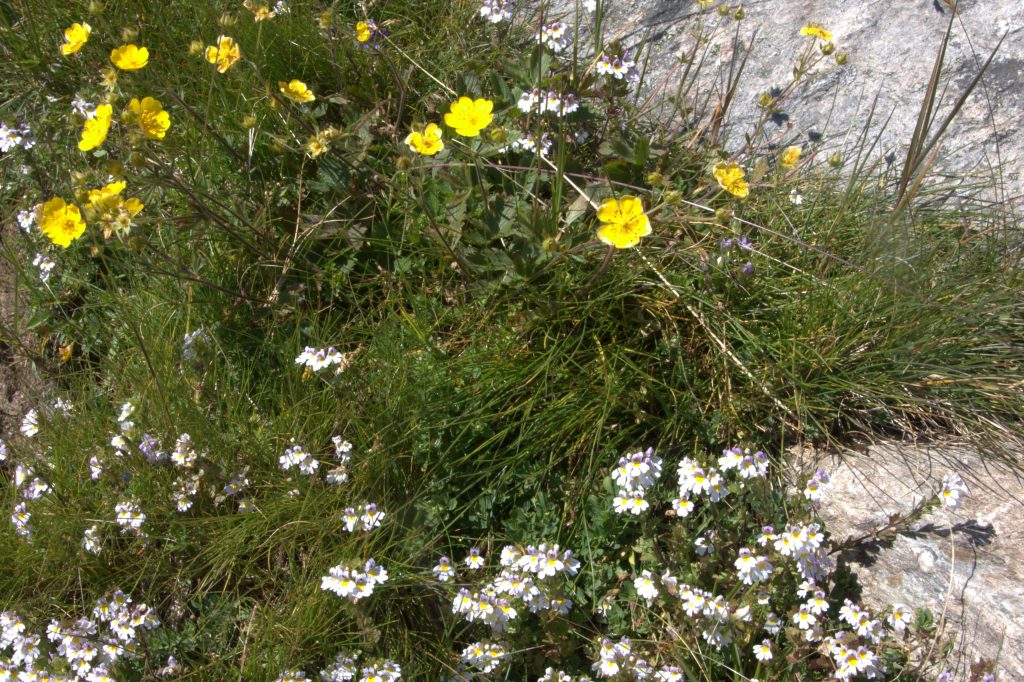 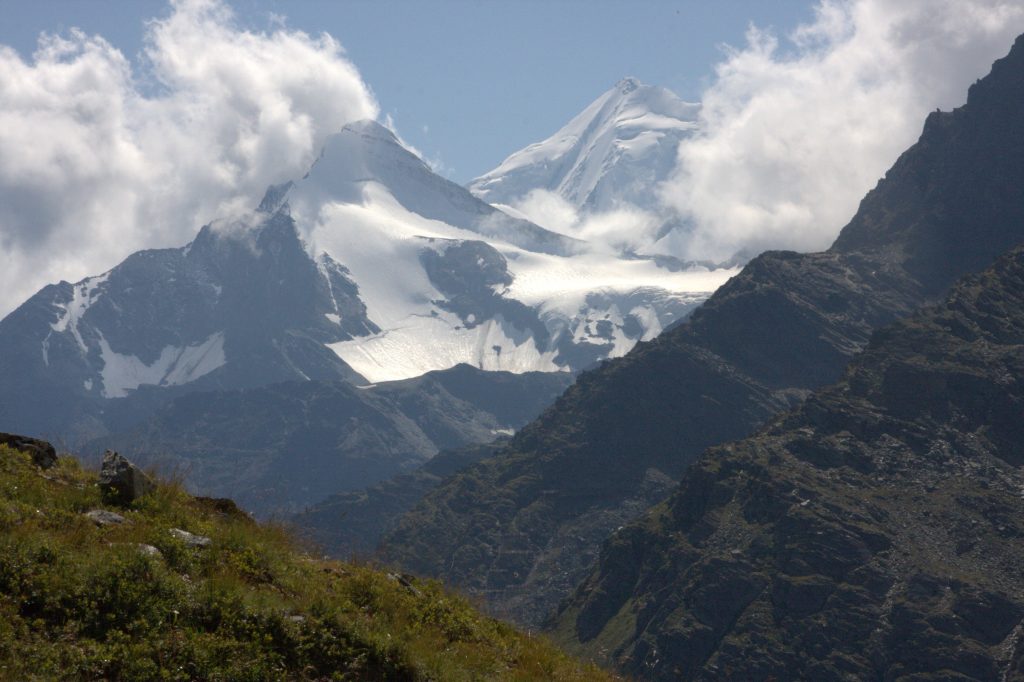 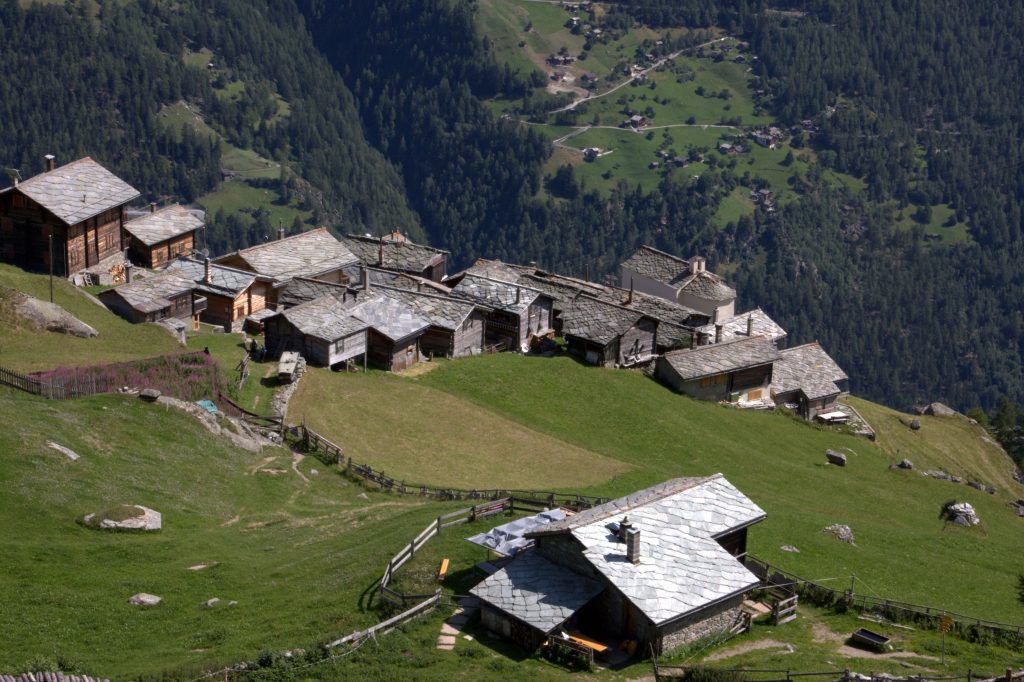 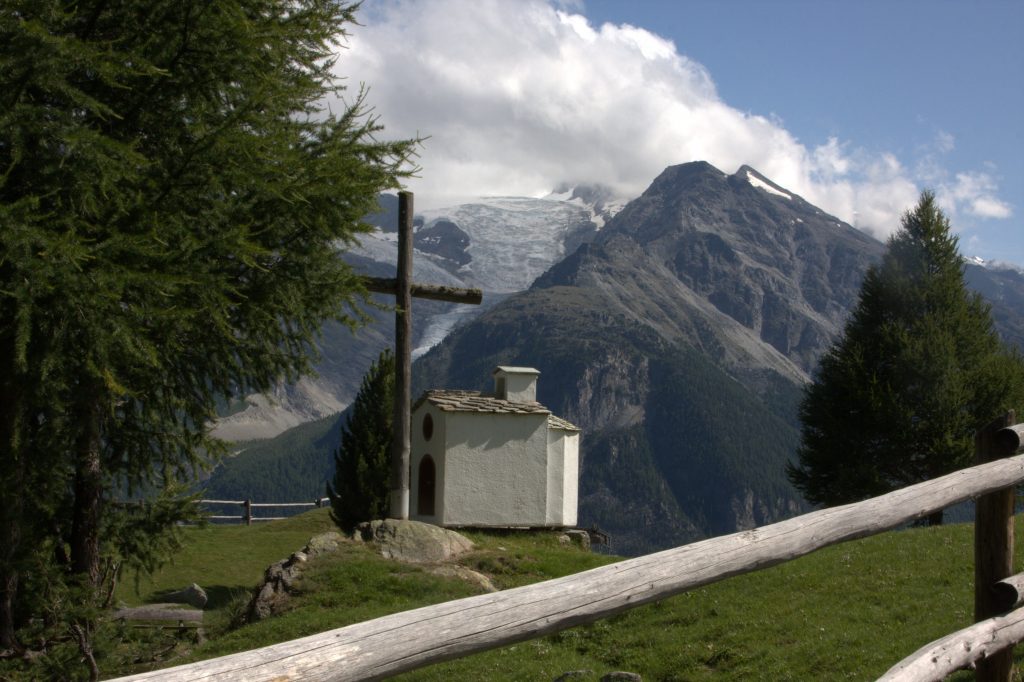 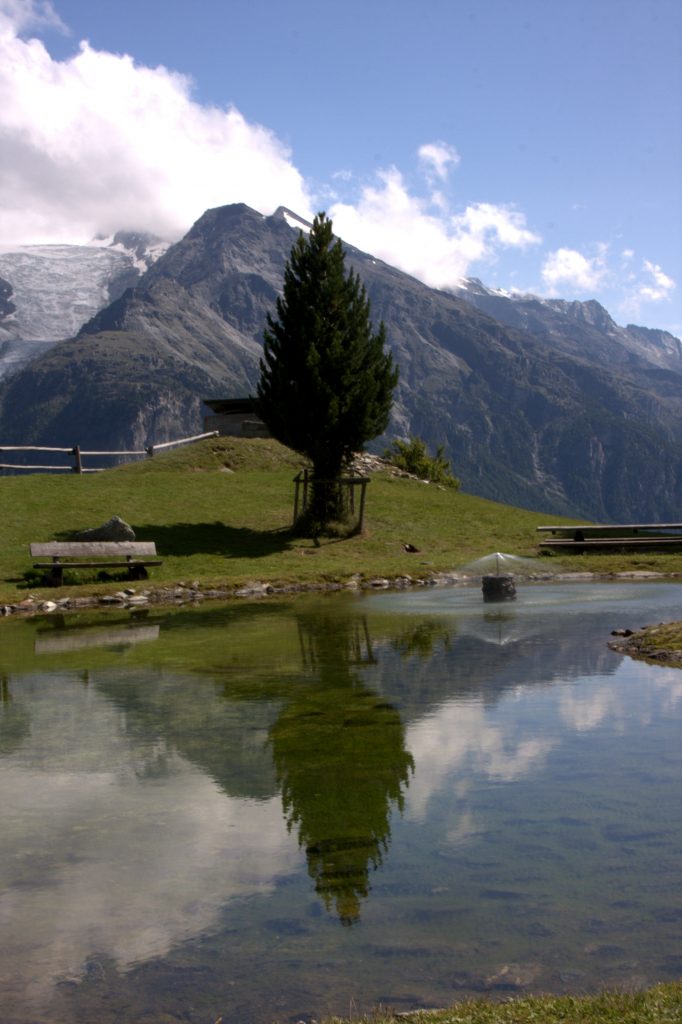 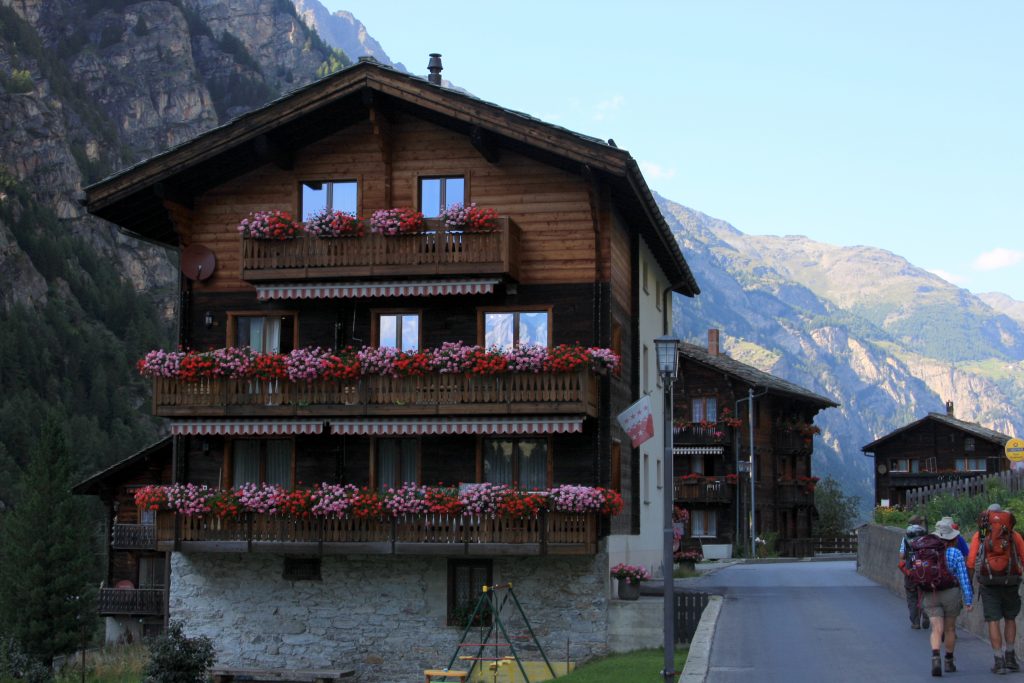