On August 20, we left the Weisshorn Hotel under broken clouds that covered the tops of the high peaks. We climbed through high, empty pastures and rocky terrain climbing up to the Meidpass. When we reached the pass, we could not see high peaks back to the west, but as we relaxed, we glimpsed the Weisshorn peak to the southwest with its high glaciers. From the pass we descended through a large, green basin with a few sheep up high and cattle further down, all with sounding bells. I enjoyed the peaceful, scenic descent and took my time. After passing through the small hamlet of Ober Stafel, we descended steeply into the larch forest and the small, country village of Gruben and to the Hotel Schwarzhorn. For the first time the conversations around us were in German. In the morning, people said "guten morgen" or just "morgen" instead of "Bonjour." 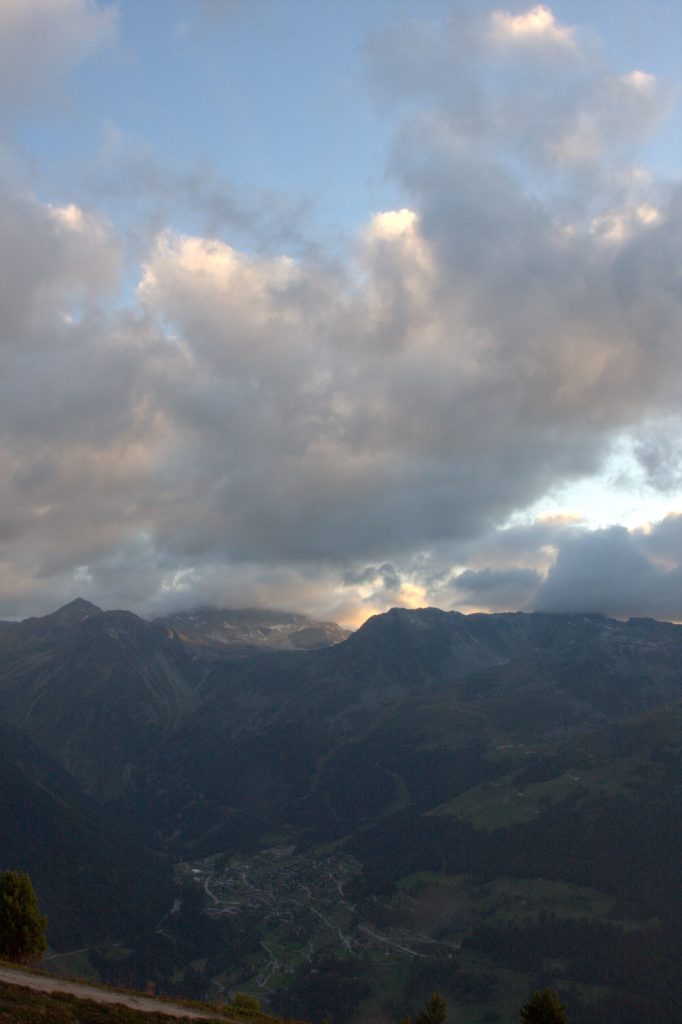 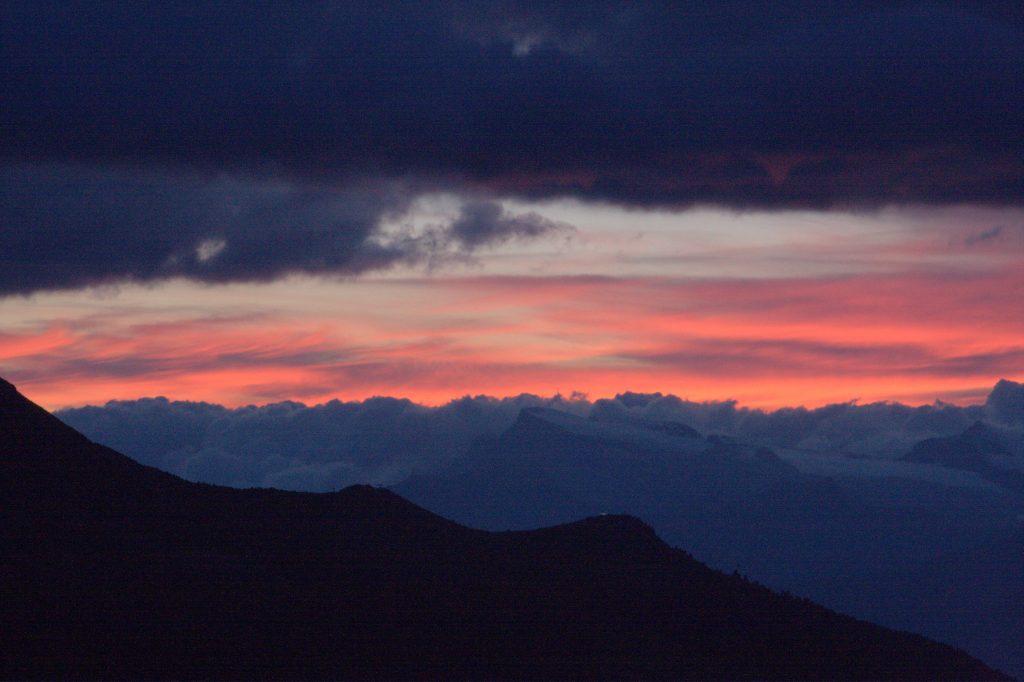 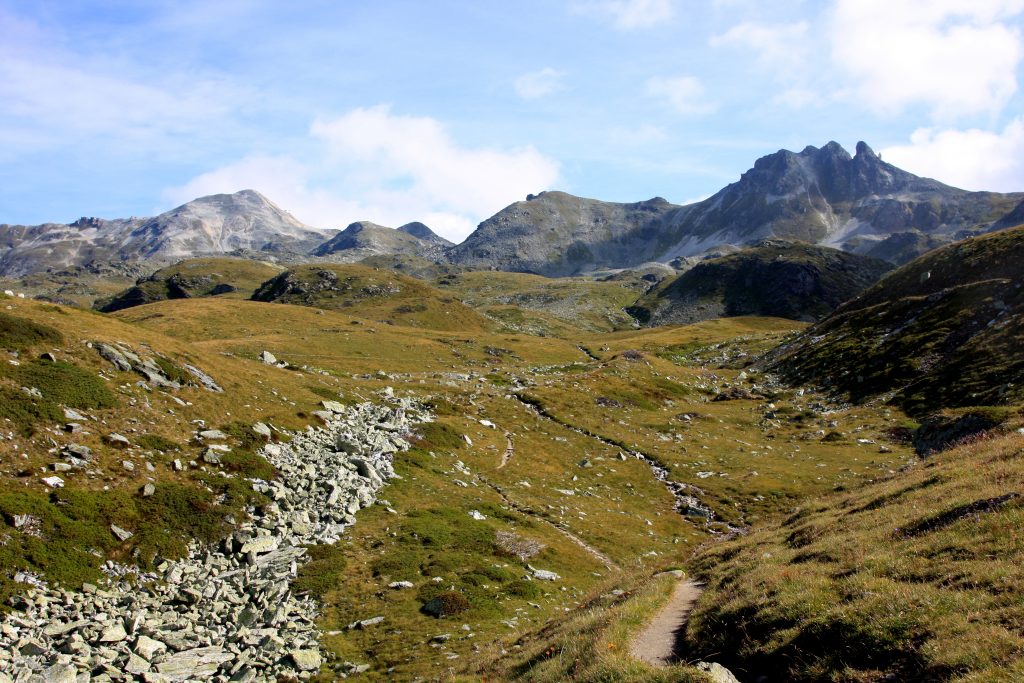 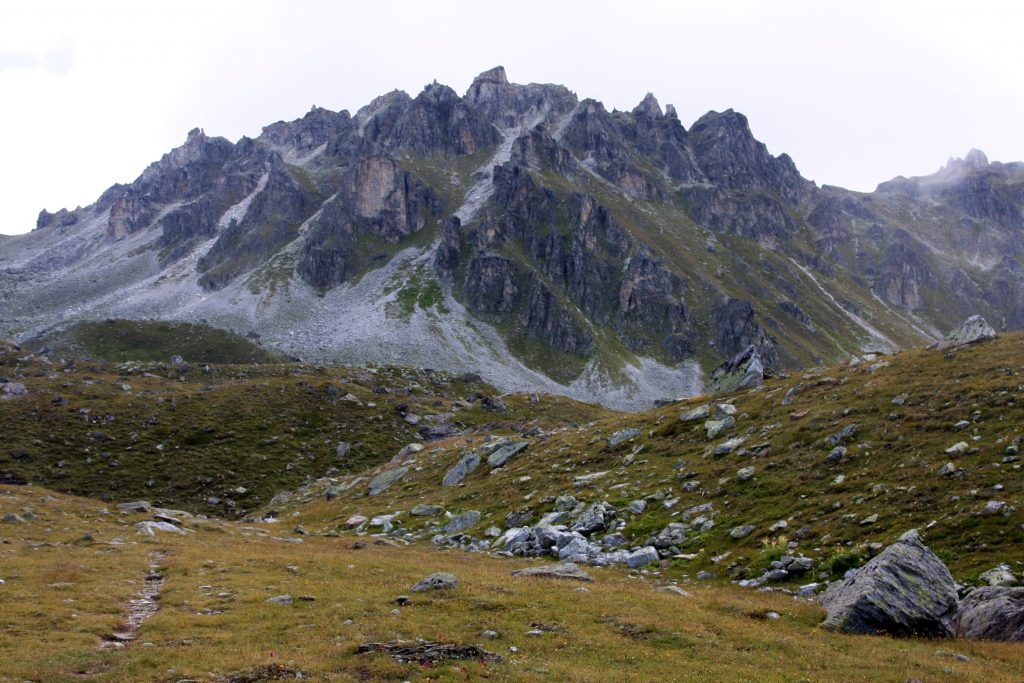 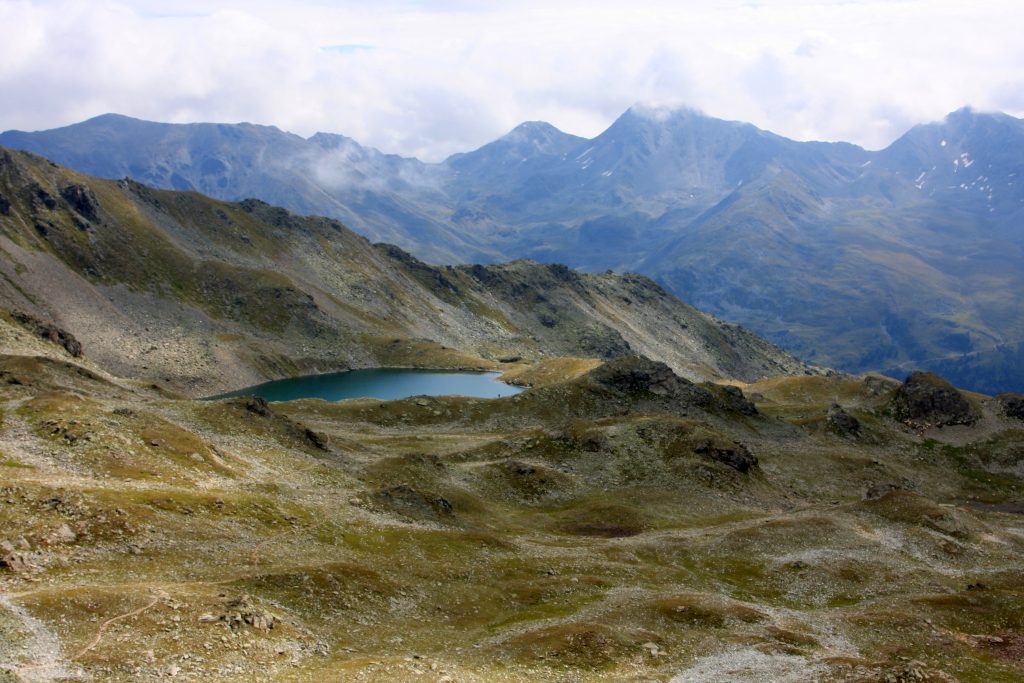 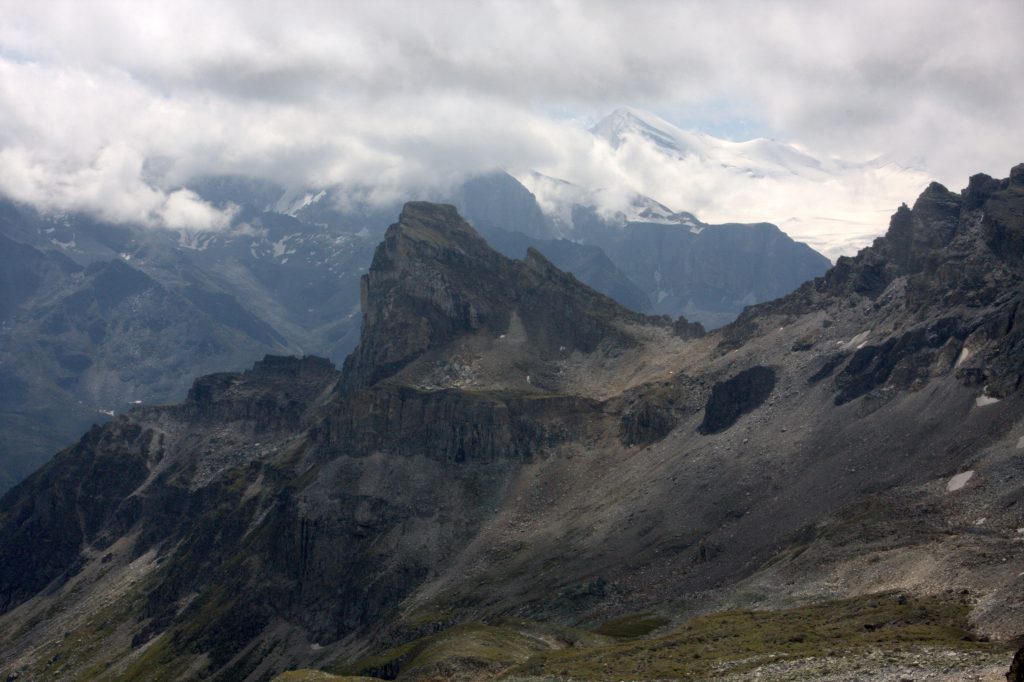 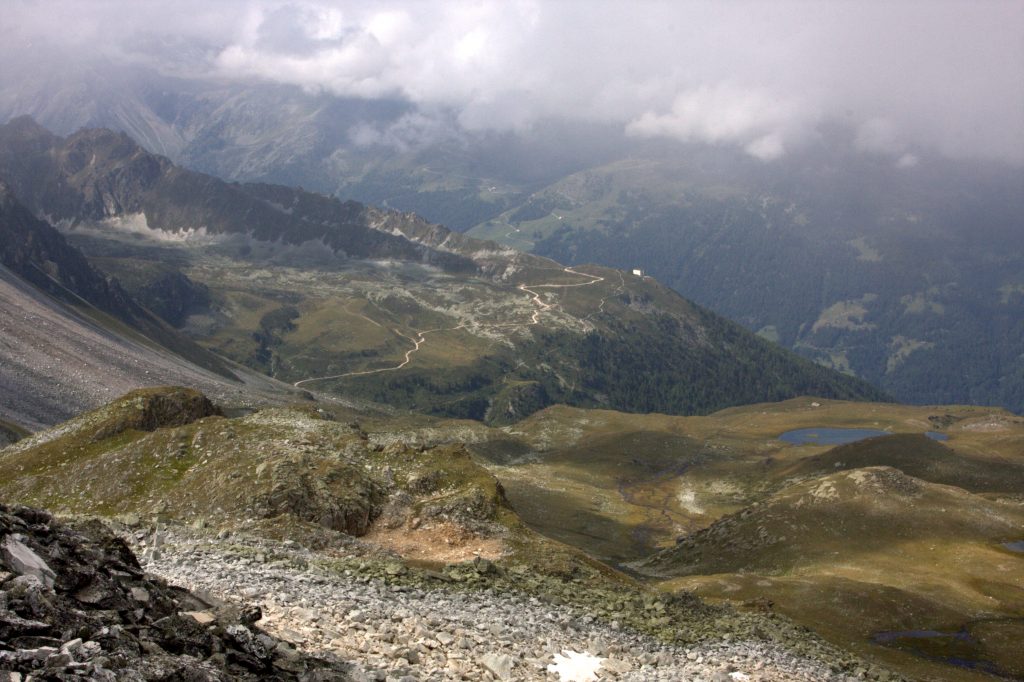 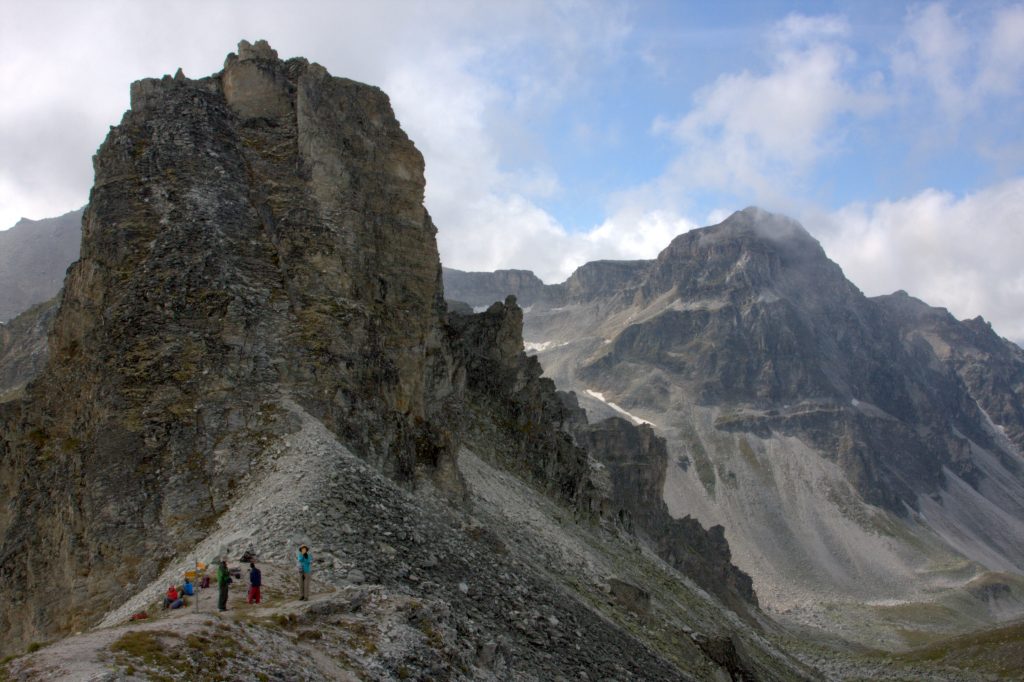 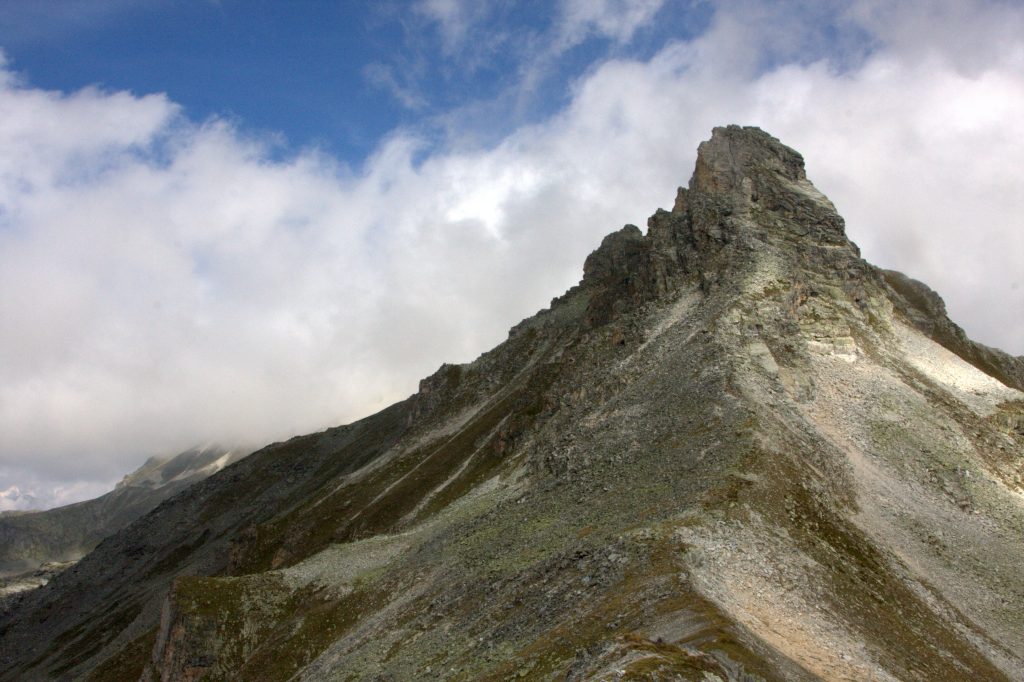 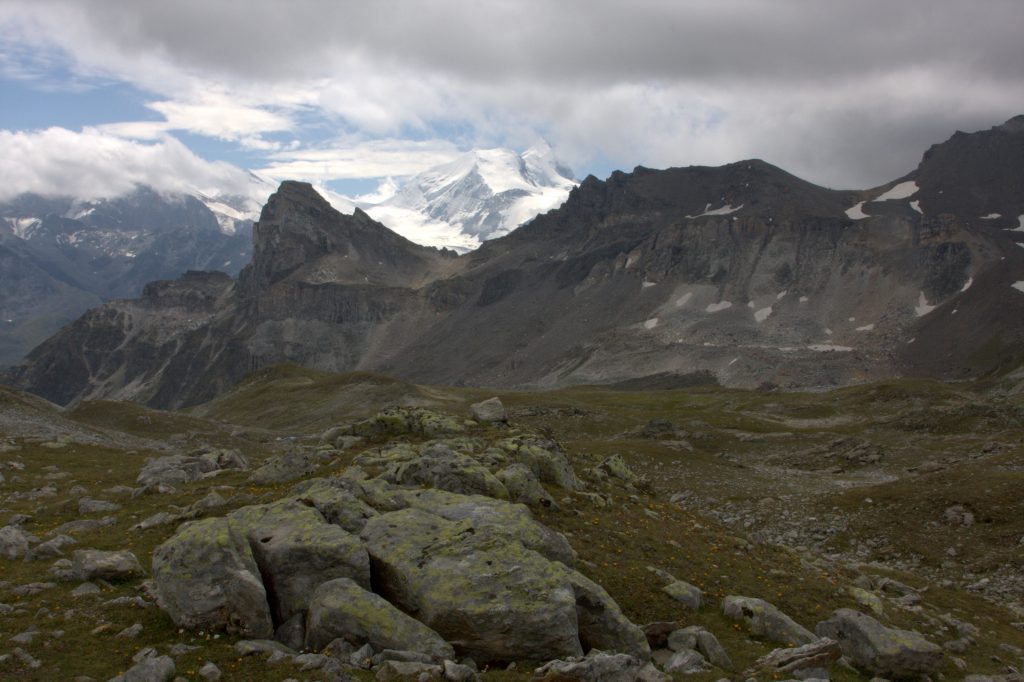 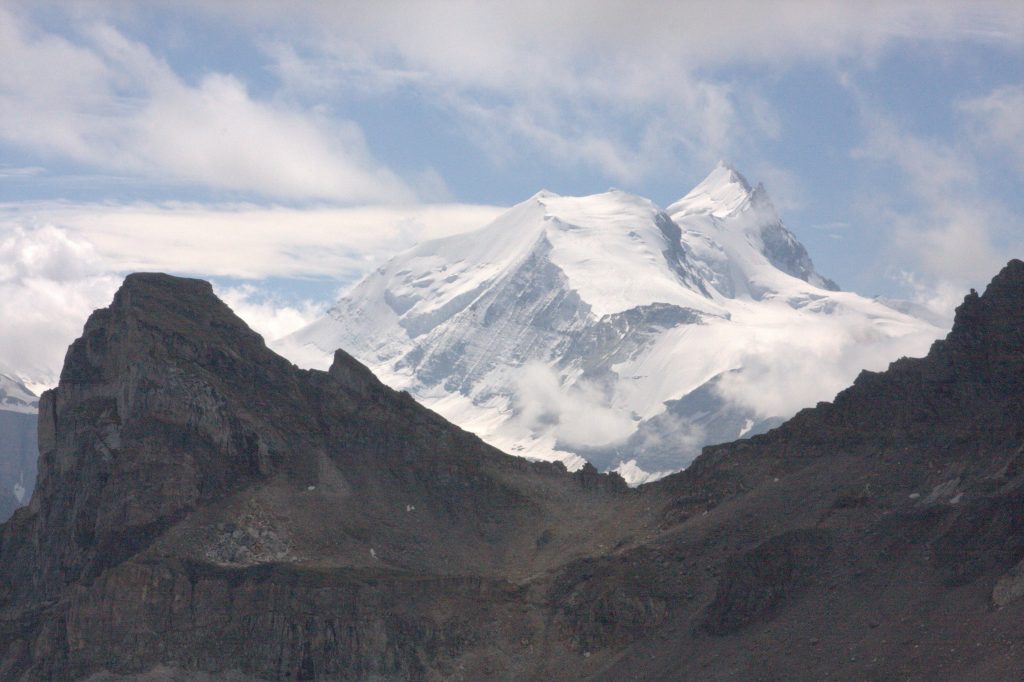 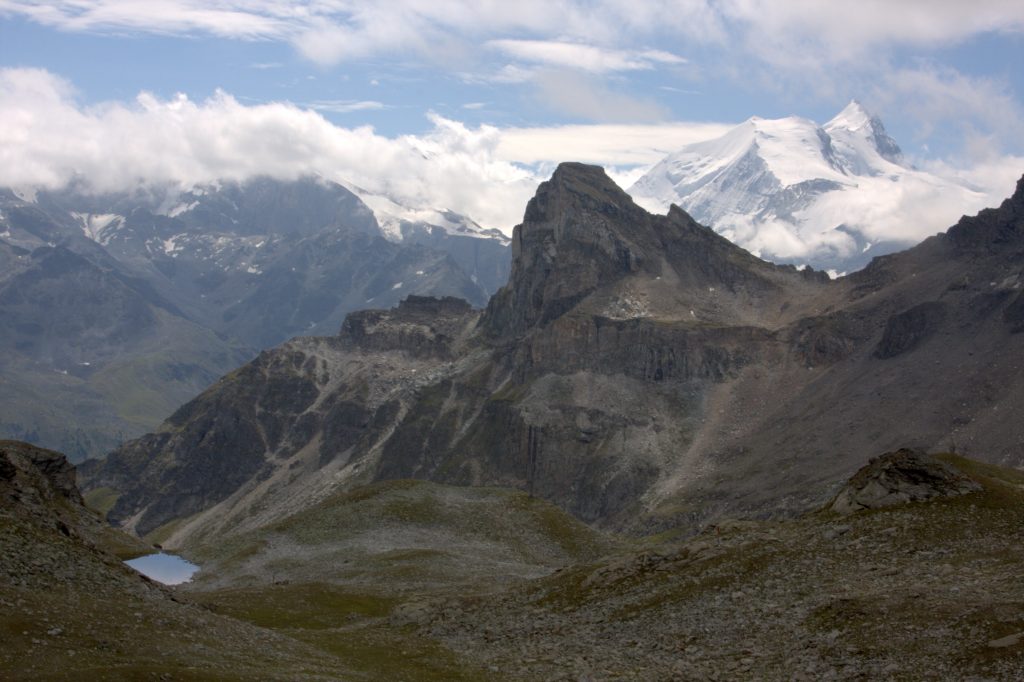 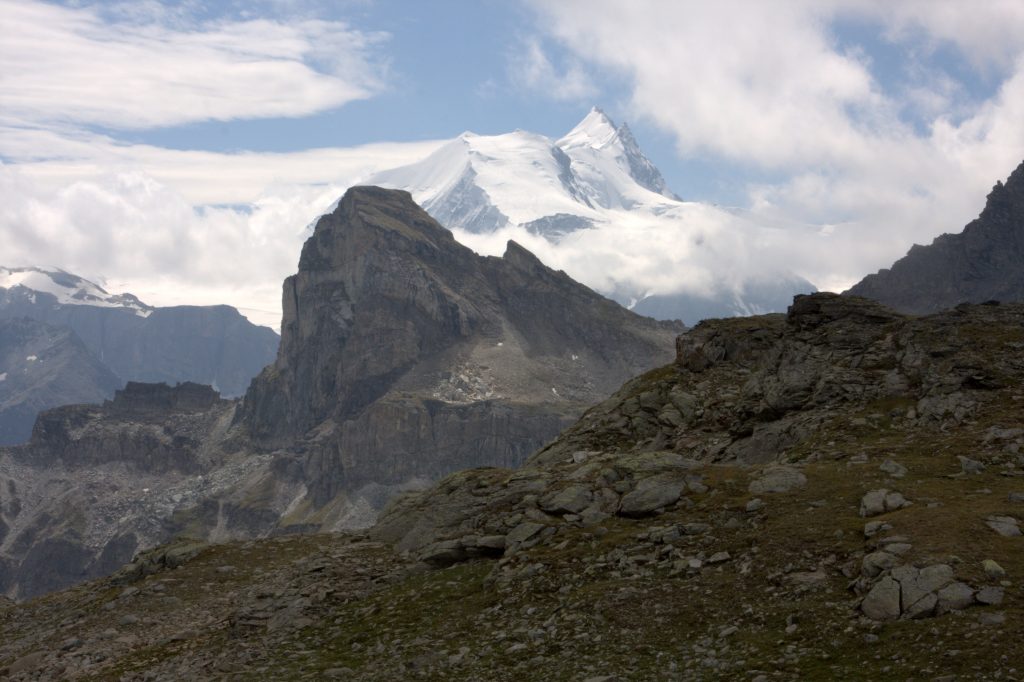 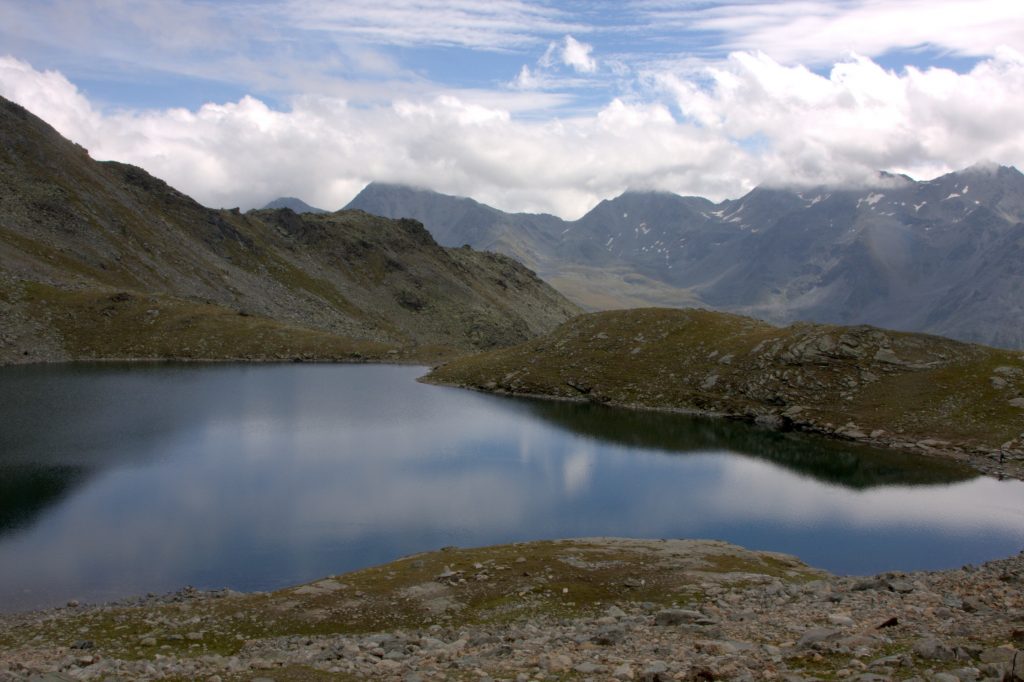 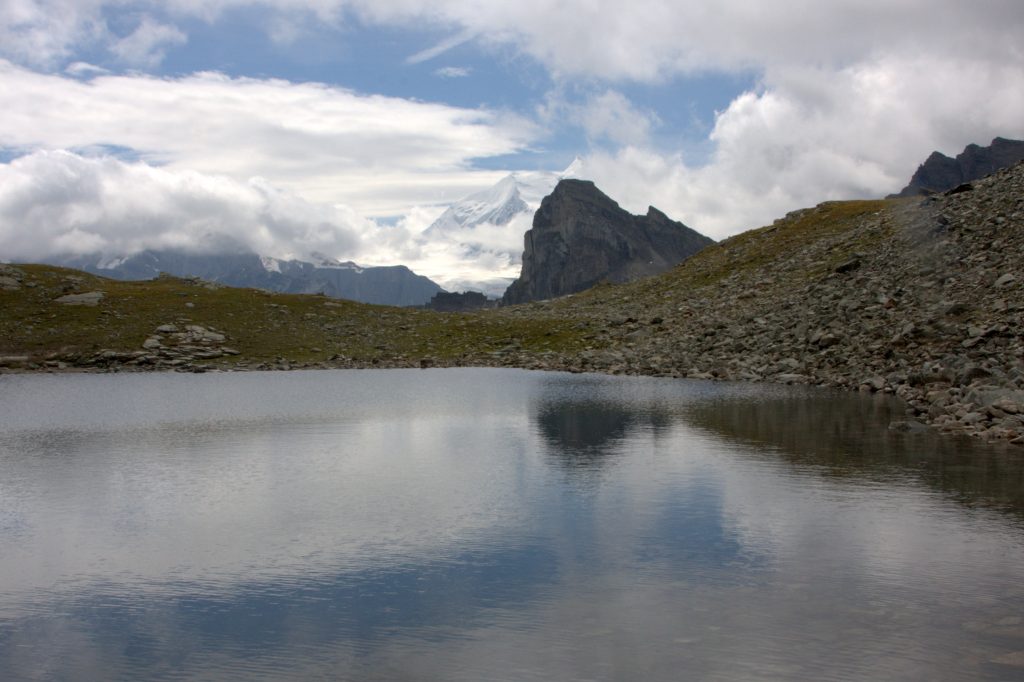 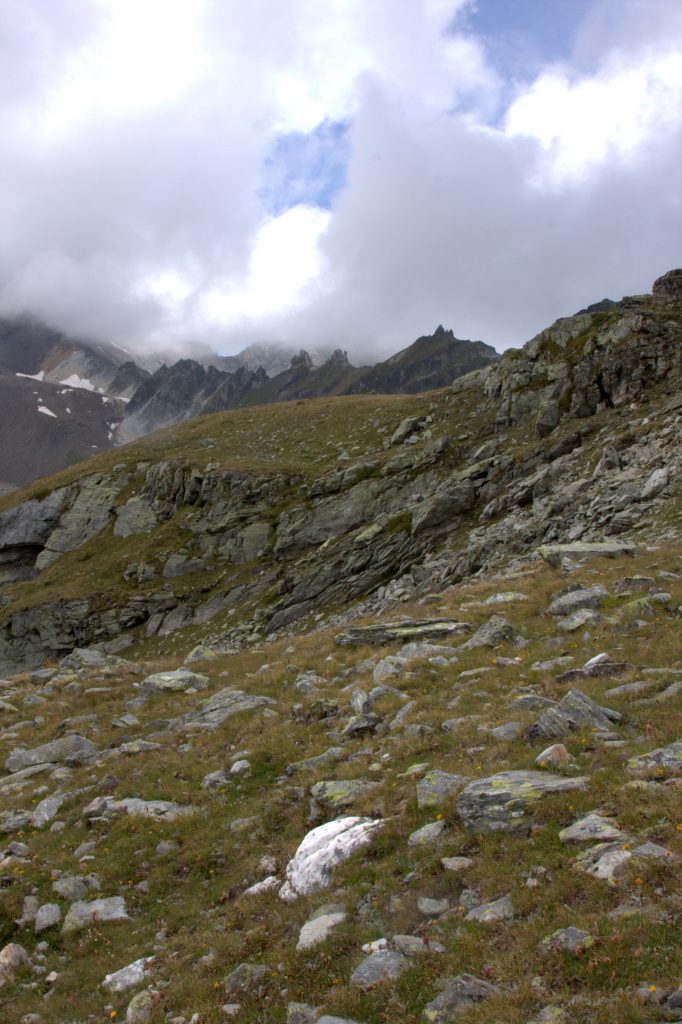 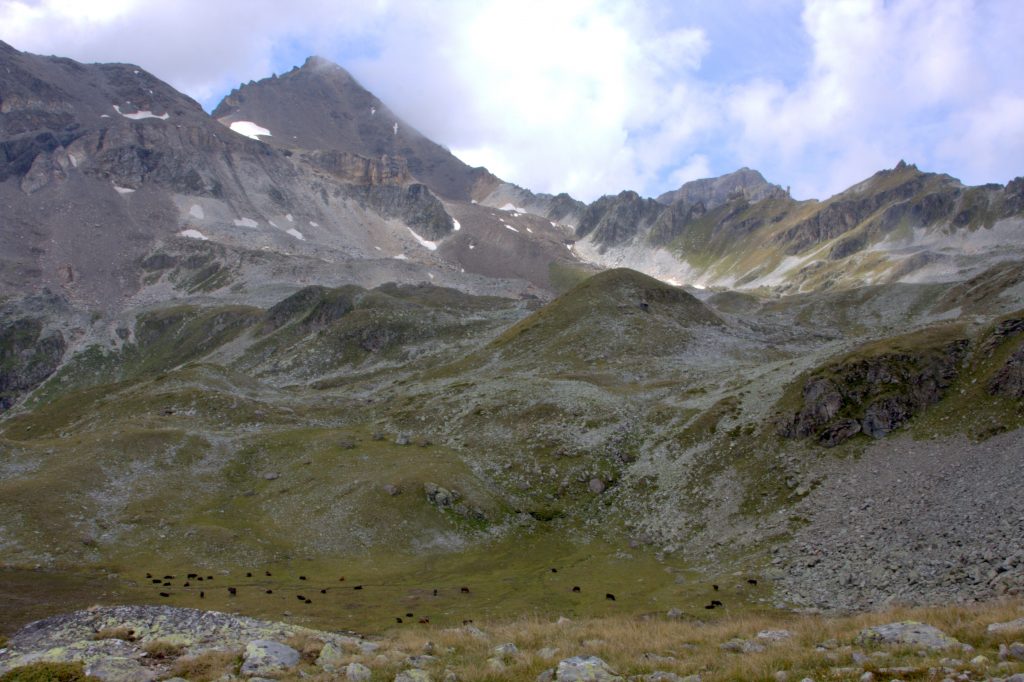 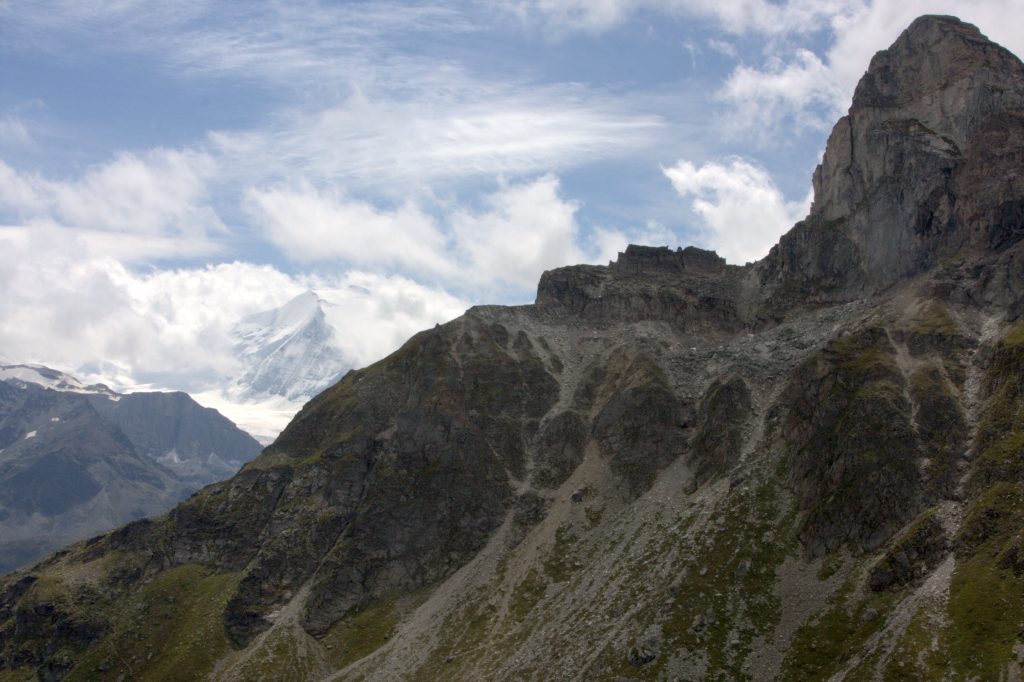 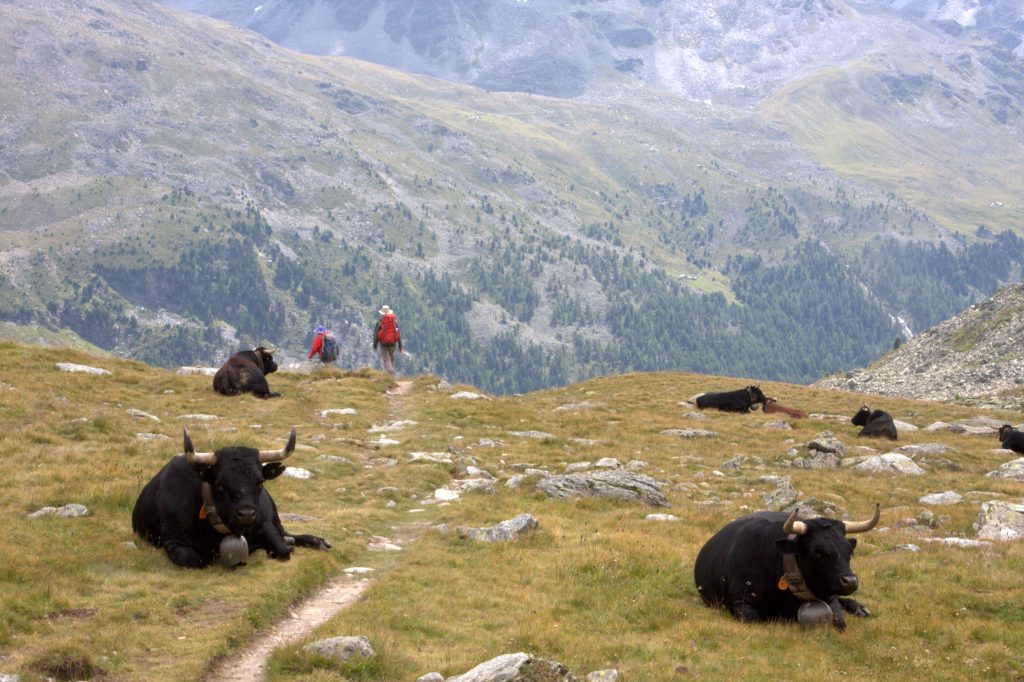 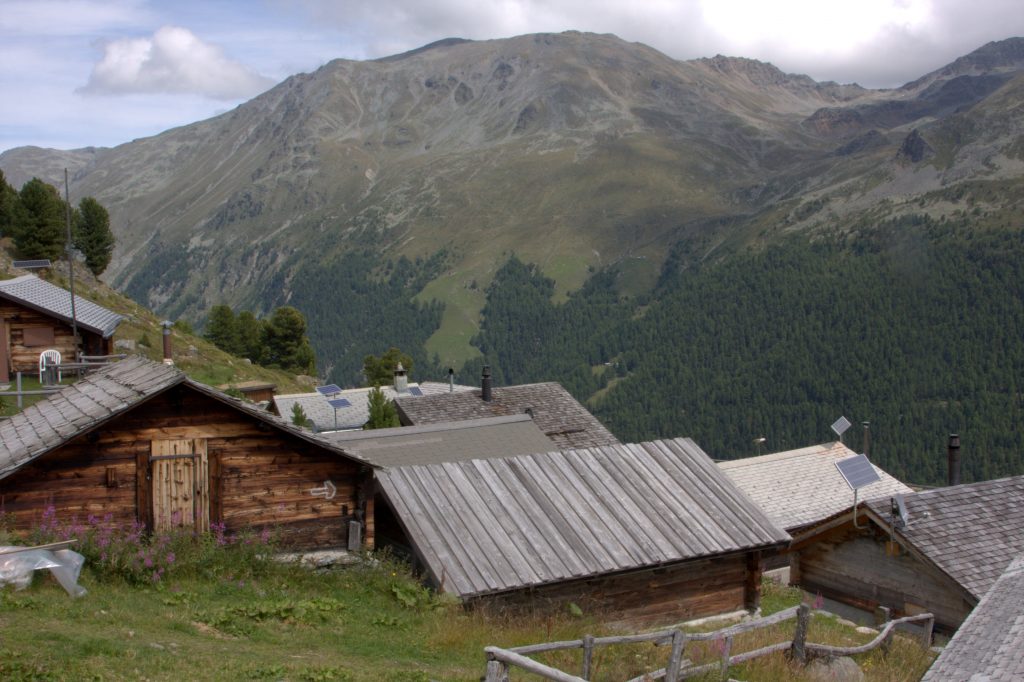 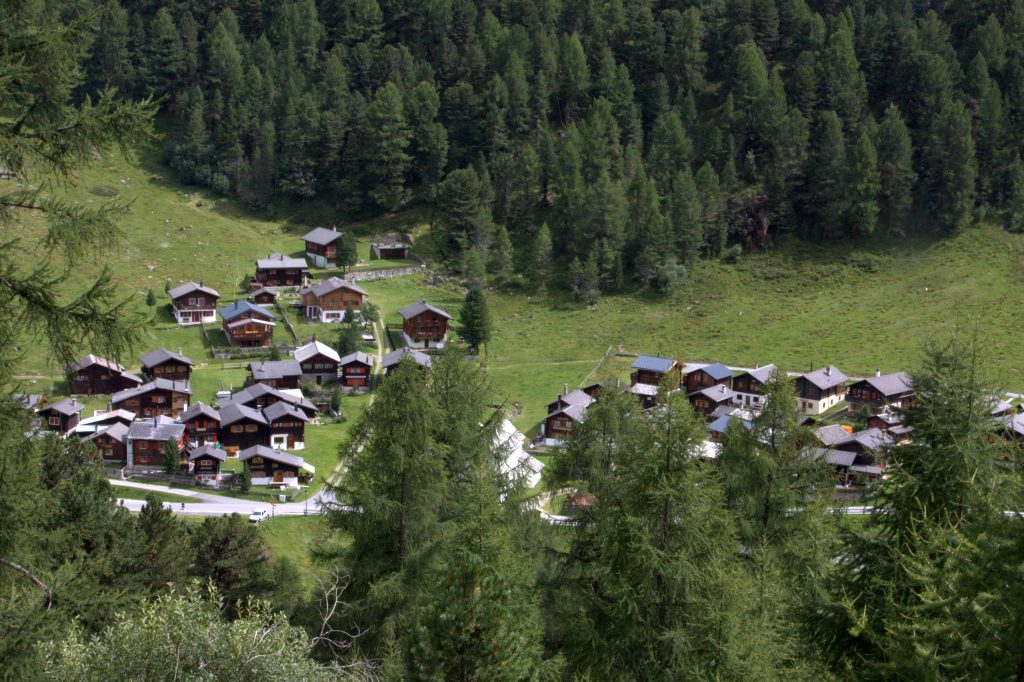 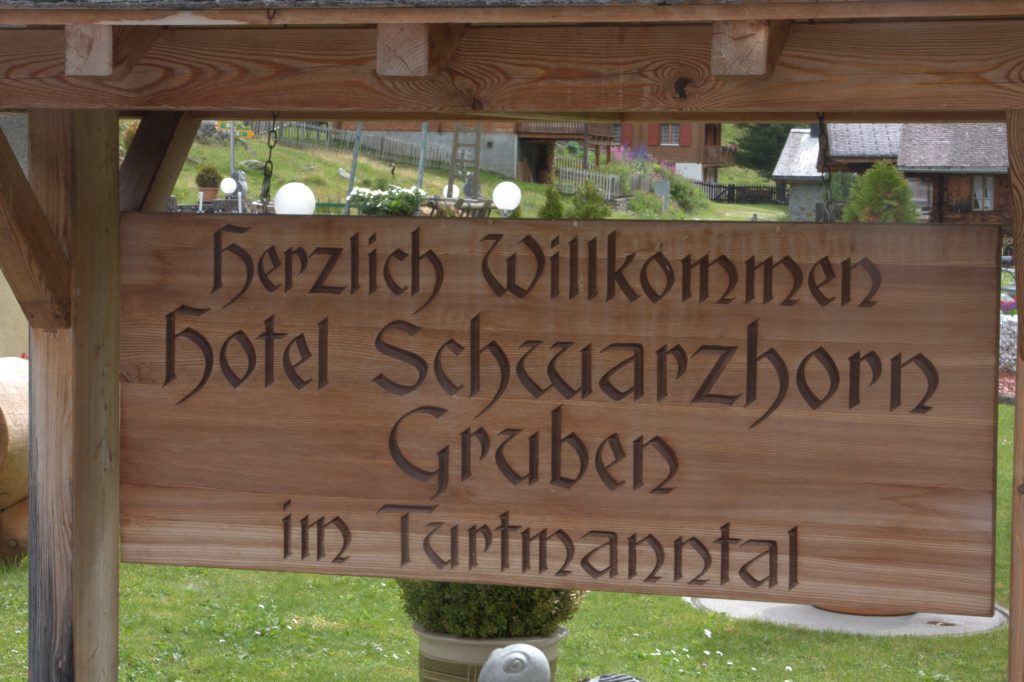