On August 18, we hiked up from Barrage de Moiry to Col de Sorebois, a relatively short climb on a good trail through open pastures. On the pass we had great views east to the Weisshorn and other mountains and down into the Val de Zinal with its ski resort. Part of the way down on the other side, we ate lunch on the scenic deck of the restaurant at the top of the cable car run. There was a large group of children behind the restaurant having an outing with a nice playground, a clown performing and a grilled picnic lunch. From there three of our group road the cable car down, but Denise, Martin and I continued walking down through the meadows where we first got a glimpse of the top of the Matterhorn behind the other mountains. The last part of the descent, through the forest, was very steep. 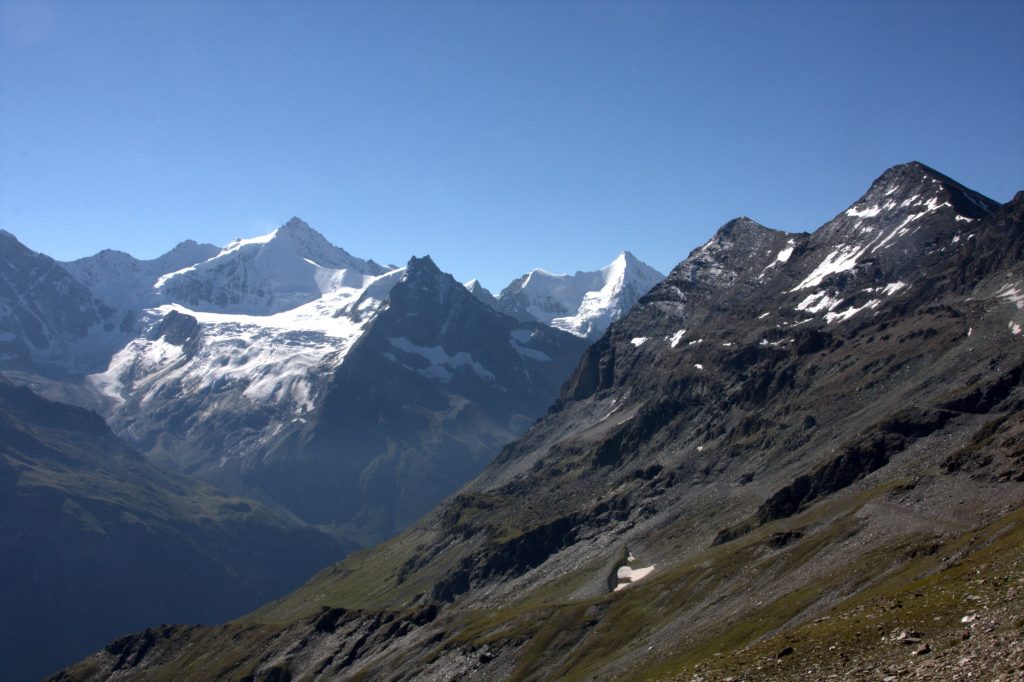 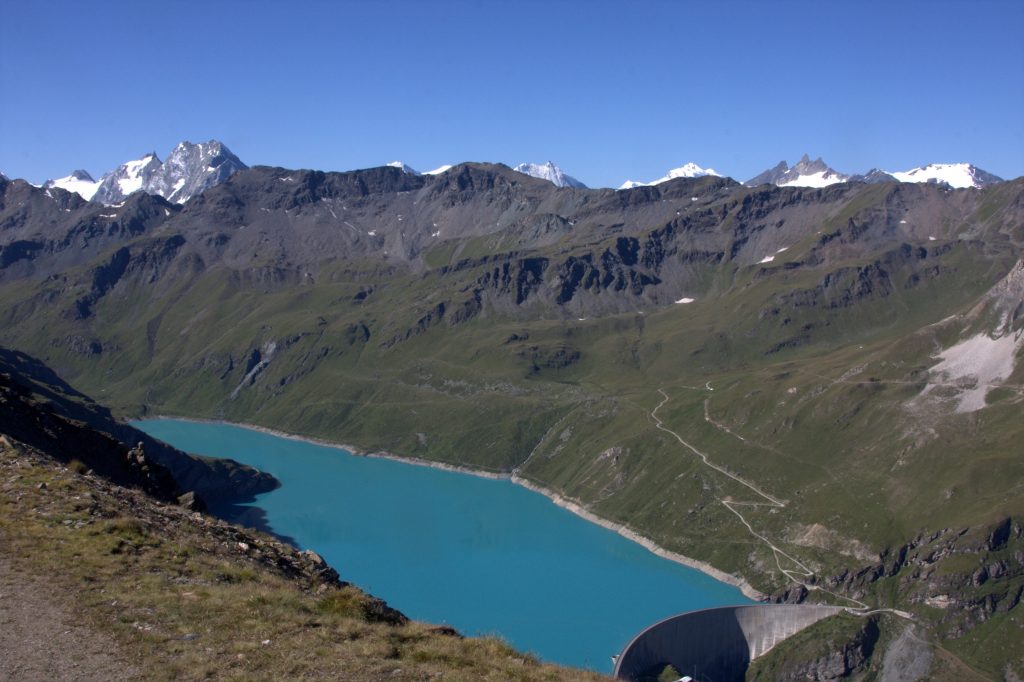 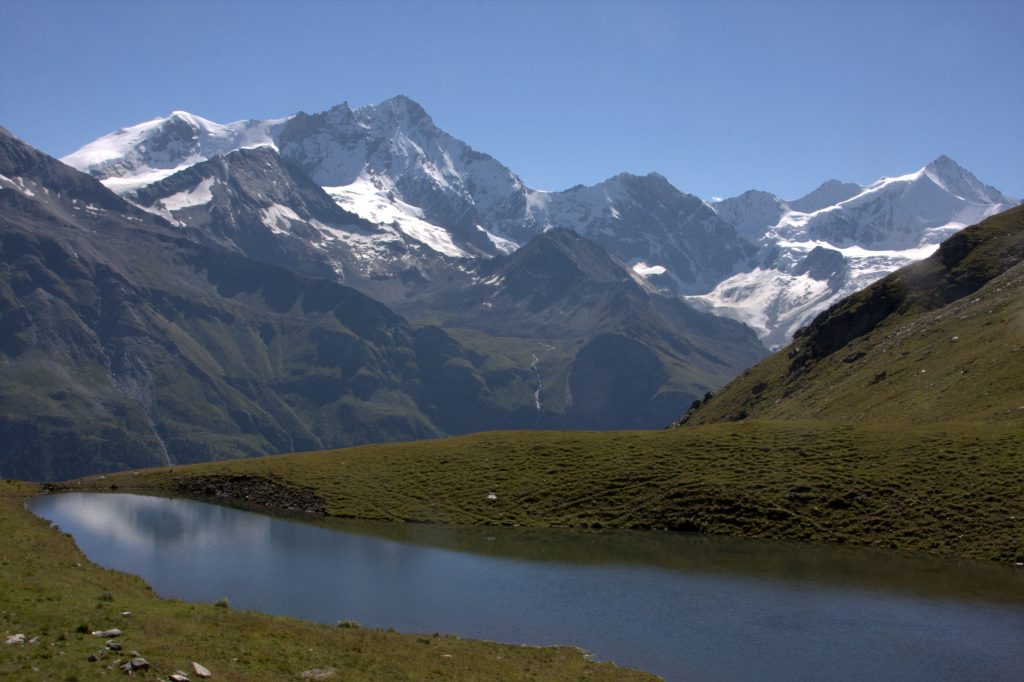 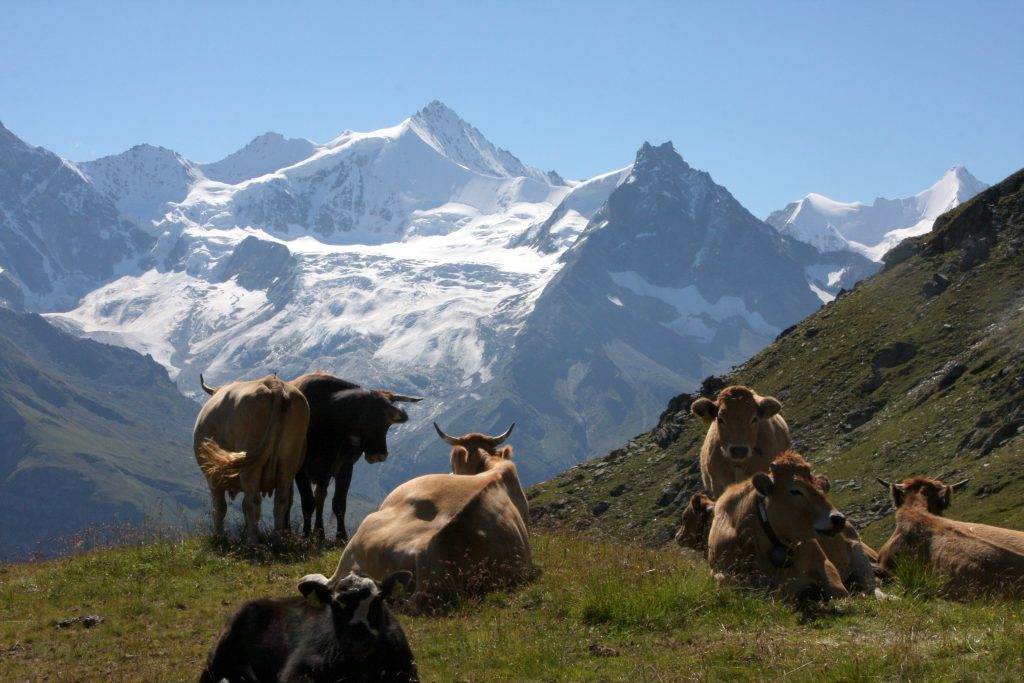 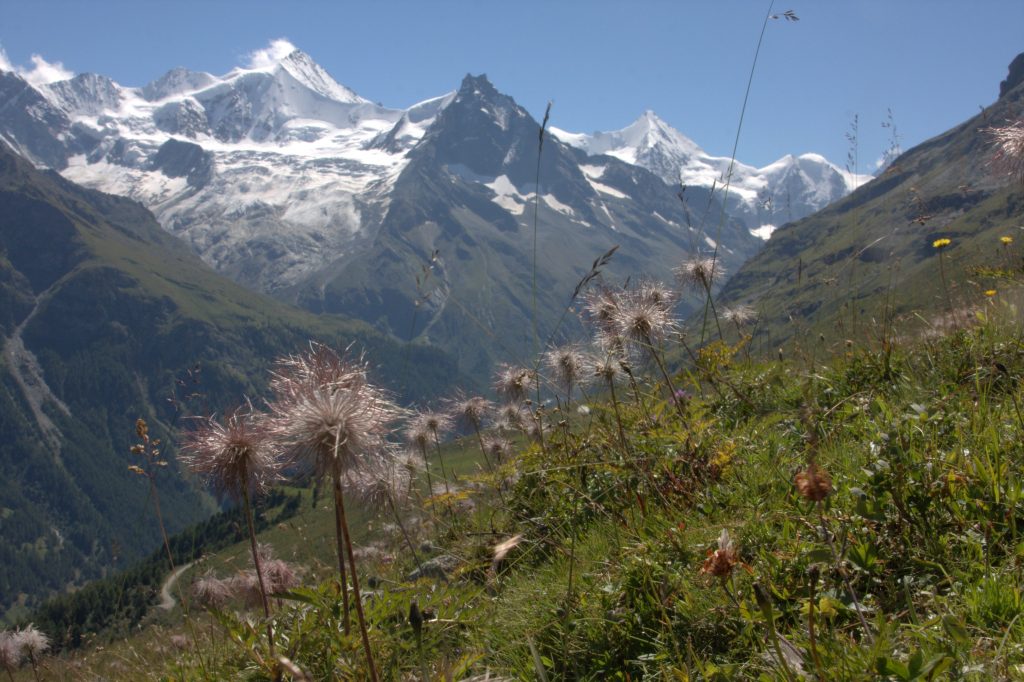 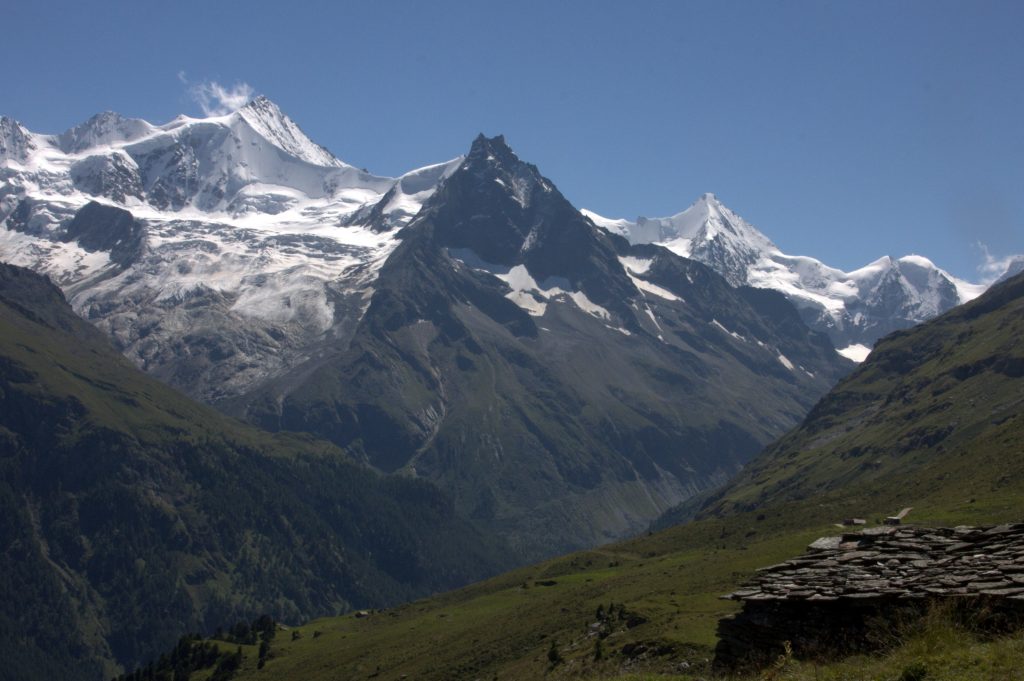 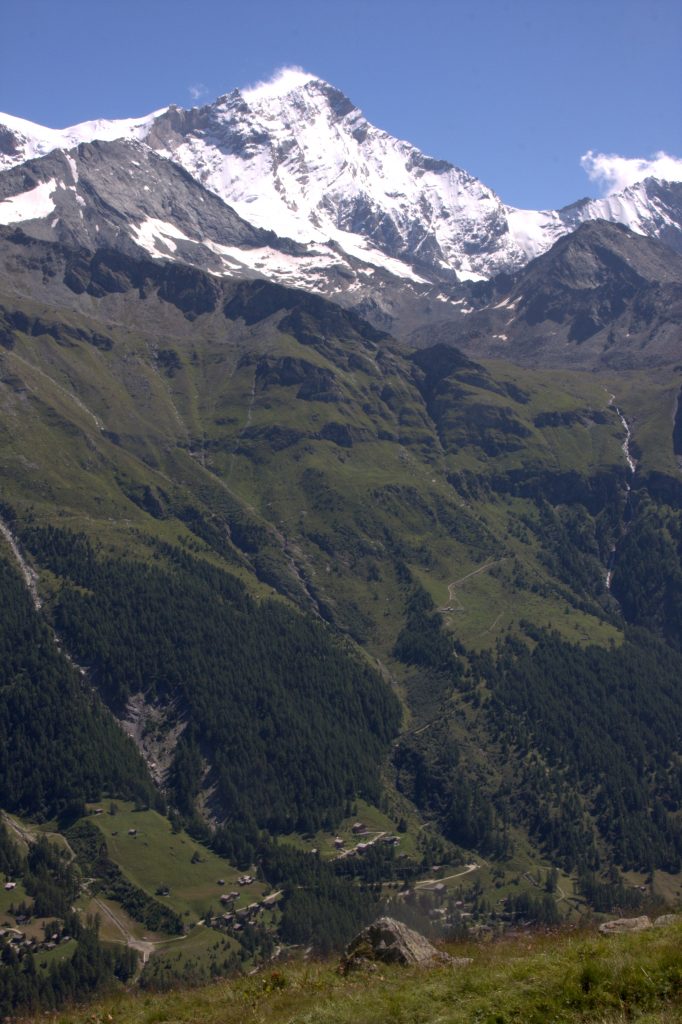 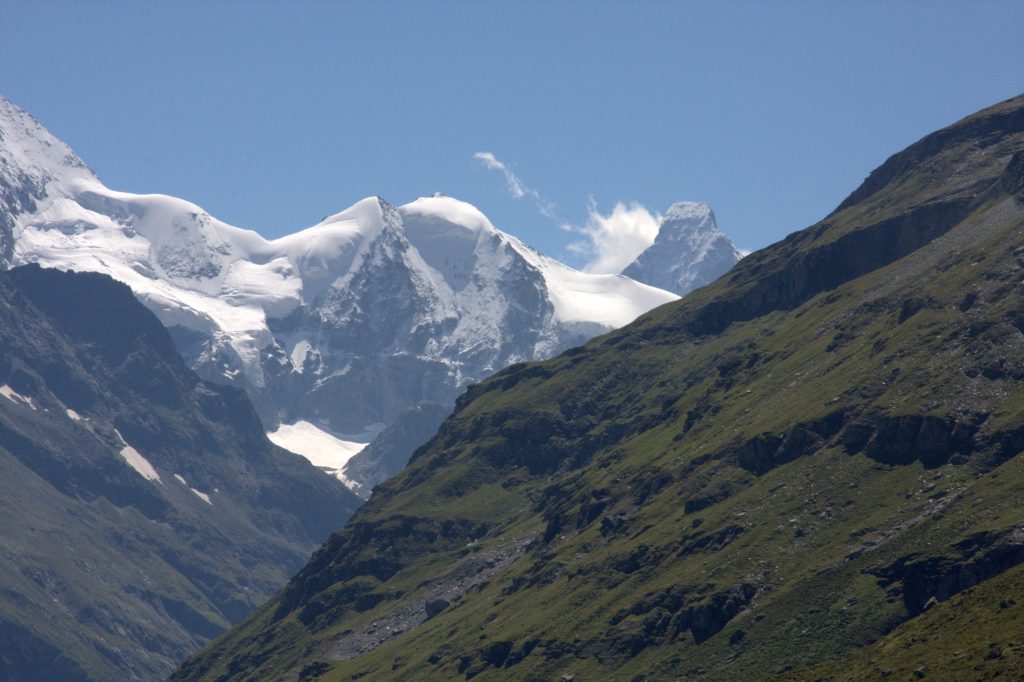