On August 17, we climbed steeply out of Le Sage and up through open pastures towards Col de Torrent. We started under clear skies, although the sun was still behind the ridge above us, and it was quite cool. I had to be careful crossing a board over a stream because the board still had ice on it. Eventually, we climbed into the sunshine and it became warm. I hiked in shorts and a tee shirt, and the climbing felt very good, and I was far in the lead for the whole ascent. Past the halfway point, we passed a herder with a large herd of cattle. They were an orchestra of clanging bells. As we ascended, we saw more and more mountains. Behind us we saw Pigne d' Arolla, Petit Mont Collon, Mont Blanc de Cheilon, and other mountain peaks. 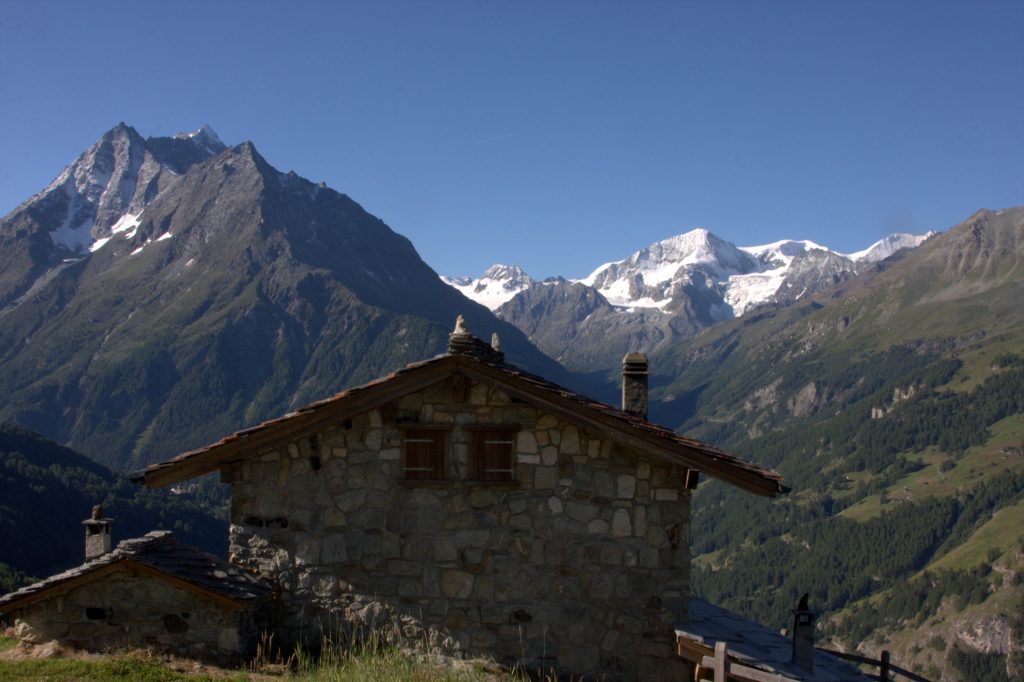 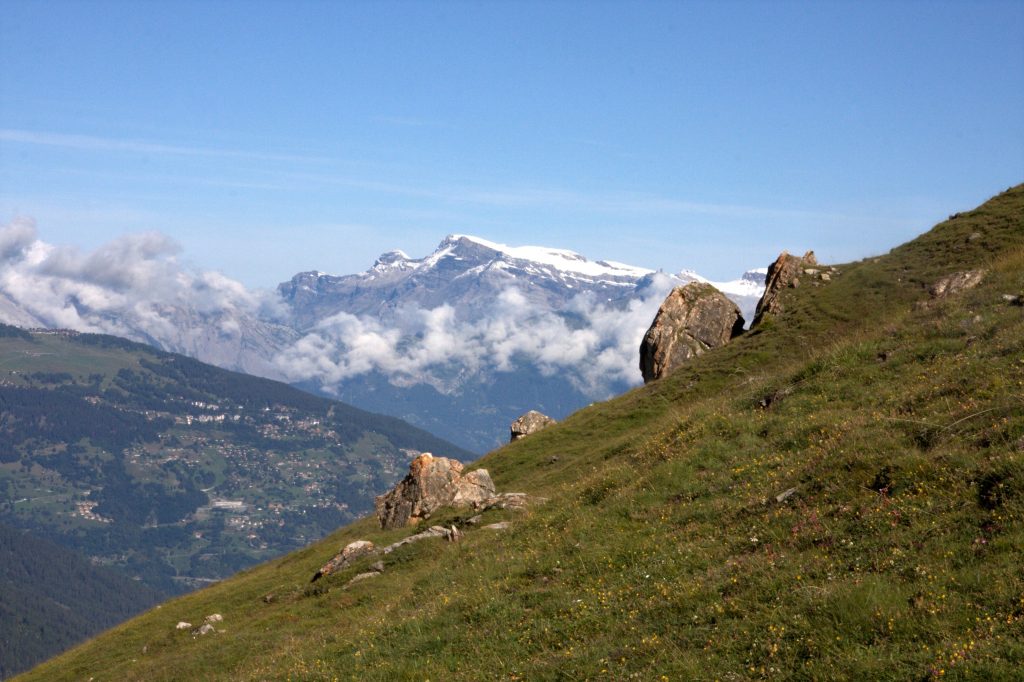 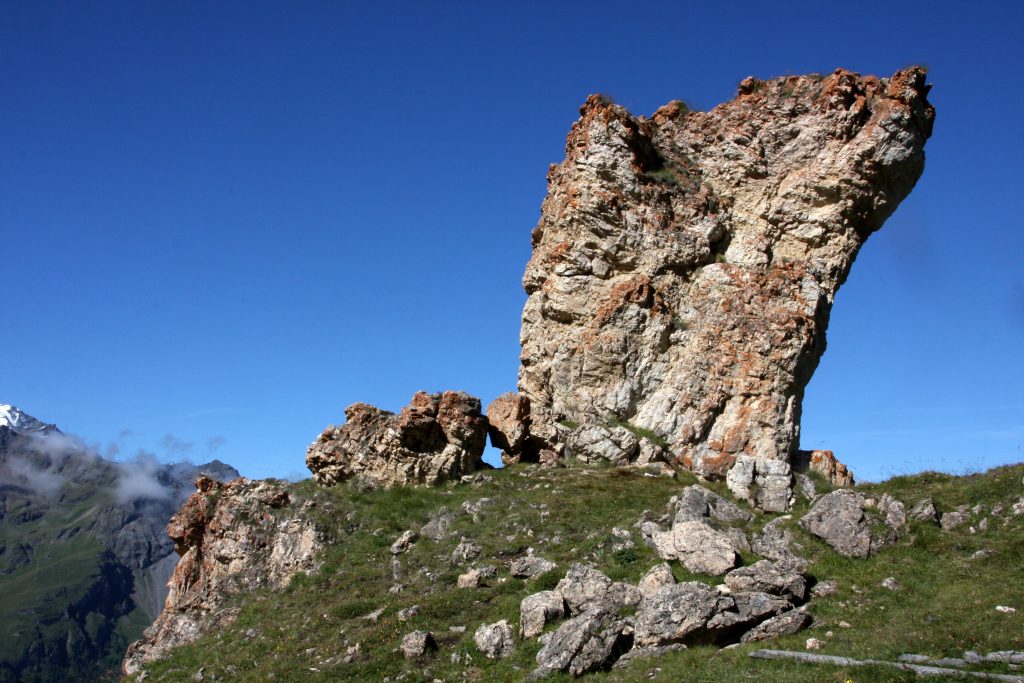 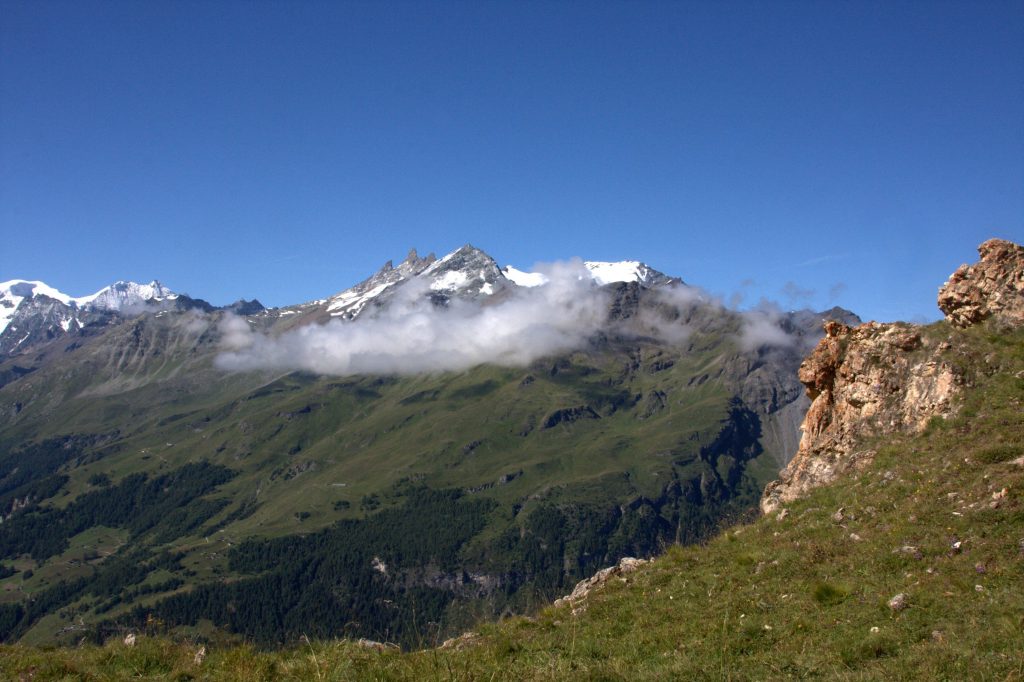 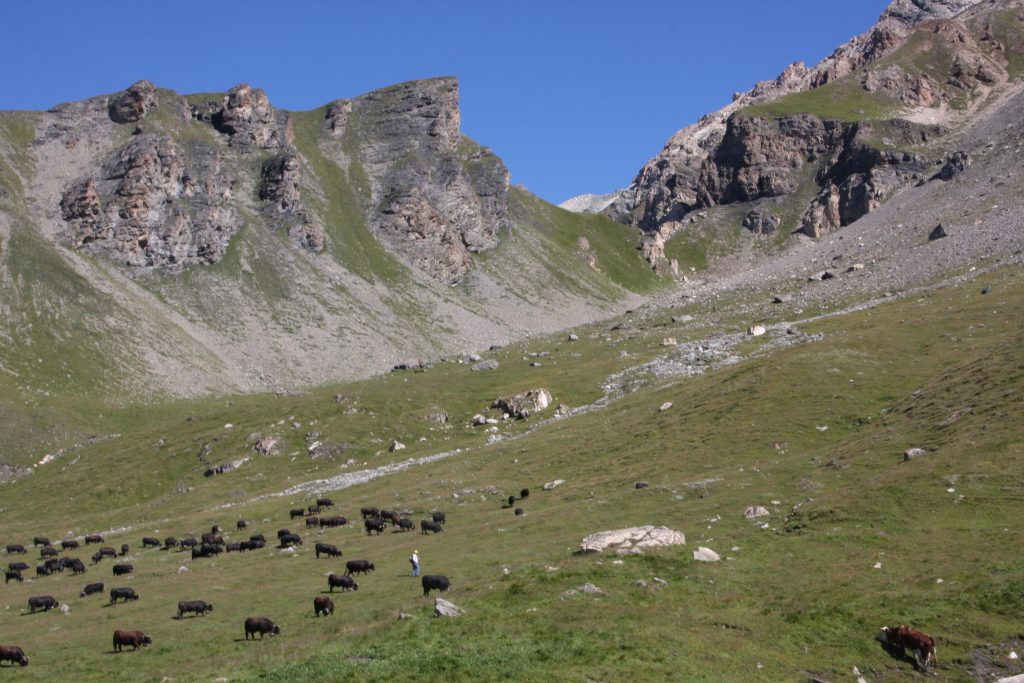 Reaching the high pass was a revelation. We could see back to Mont Blanc, the highest peak in western Europe, on the border between France and Italy, and we could again see the Grand Combin. On the other side of the pass towards the east, we could see the Weisshorn, the Schalihorn and other mountains. The high glaciers were particularly impressive. Below was the beautiful, aqua green reservoir, Lac de Moiry. As we descended, we passed the smaller Lac des Autannes and more mountains appeared in the distance to admire, including Dente Blanche with its impressive glacier. At the bottom of the descent, we crossed the large dam of Lac de Moiry and stopped at a restaurant on the other end of the dam to check into our hut which was a three-hundred feet climb above the restaurant. While we are at the restaurant, I had a beer, and we sampled ice cream desserts. 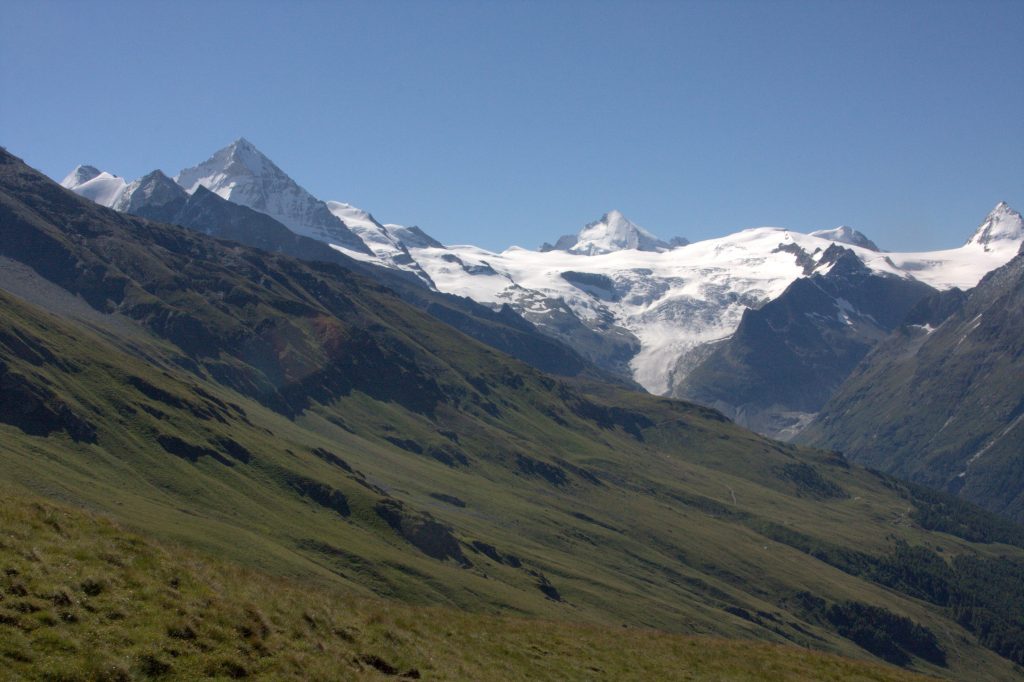 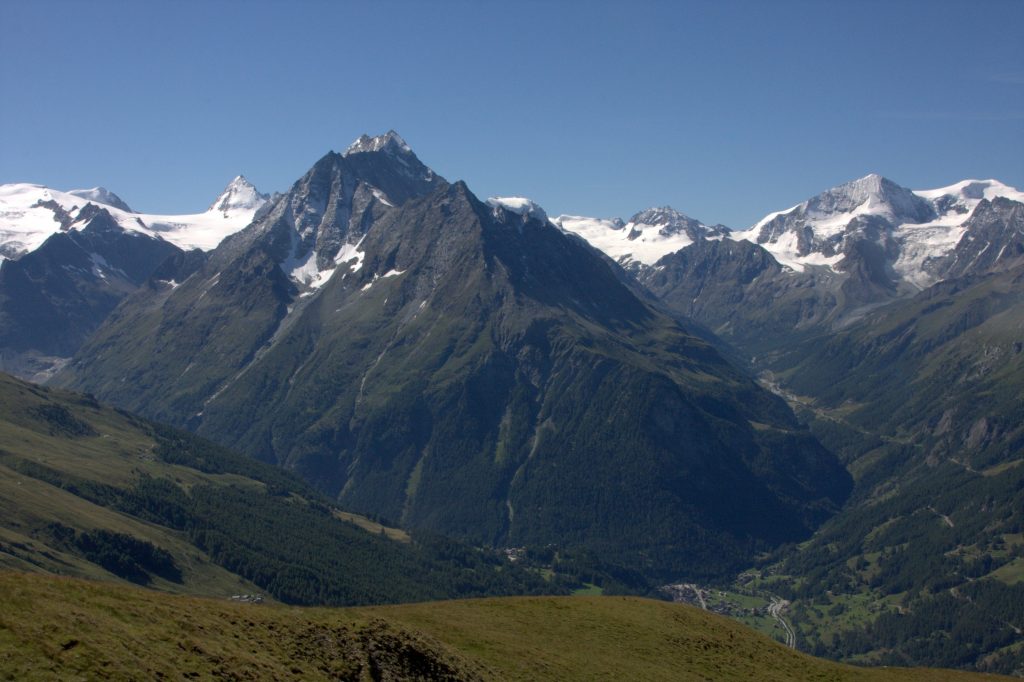 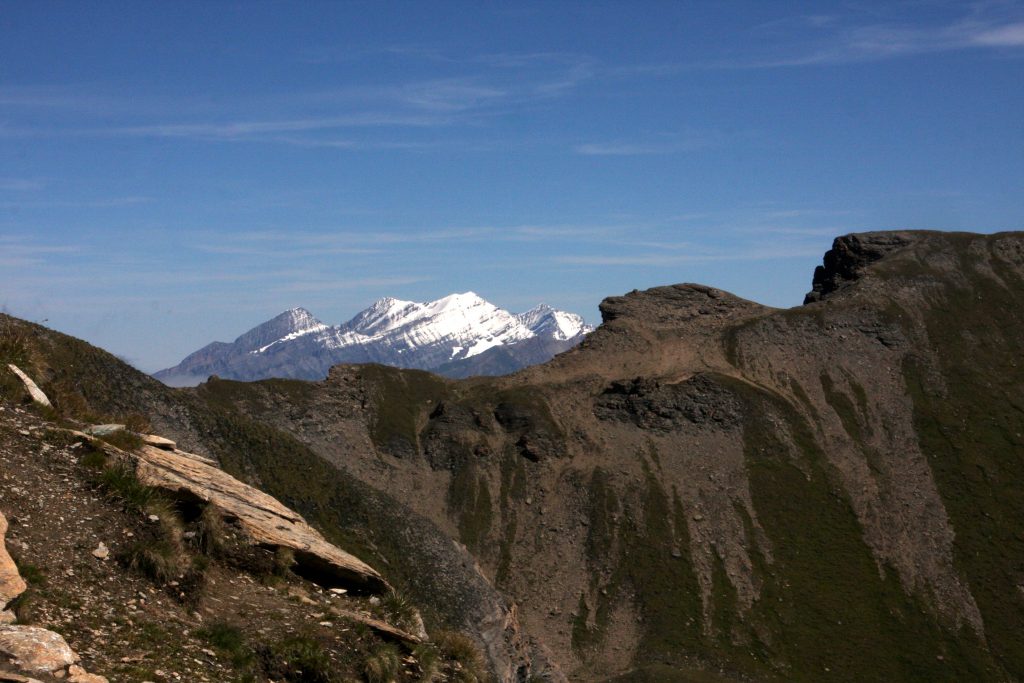 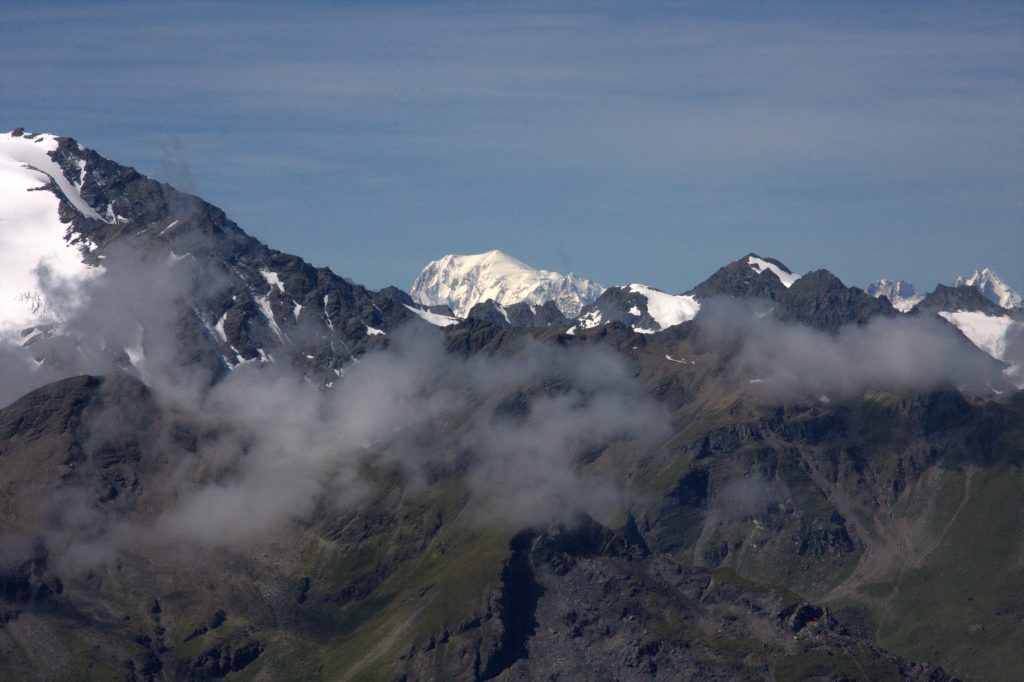 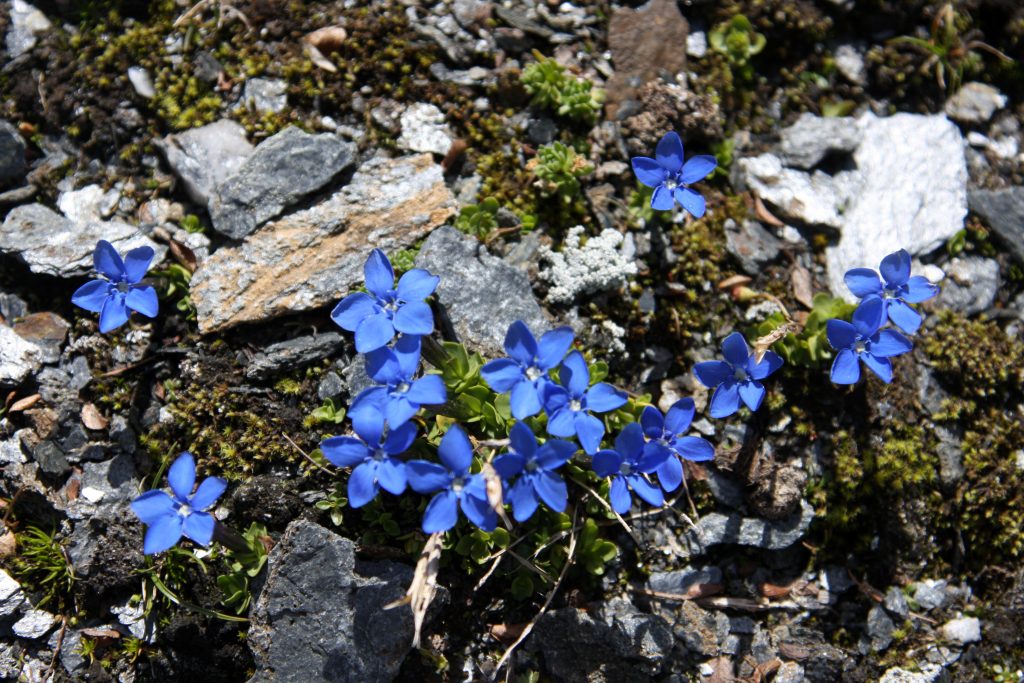 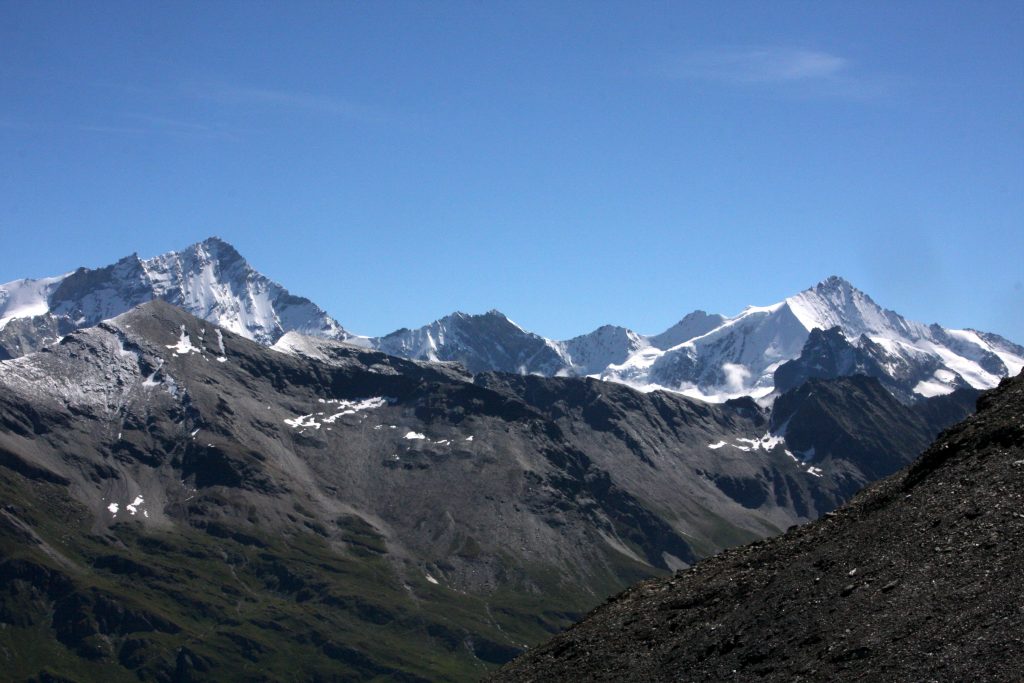 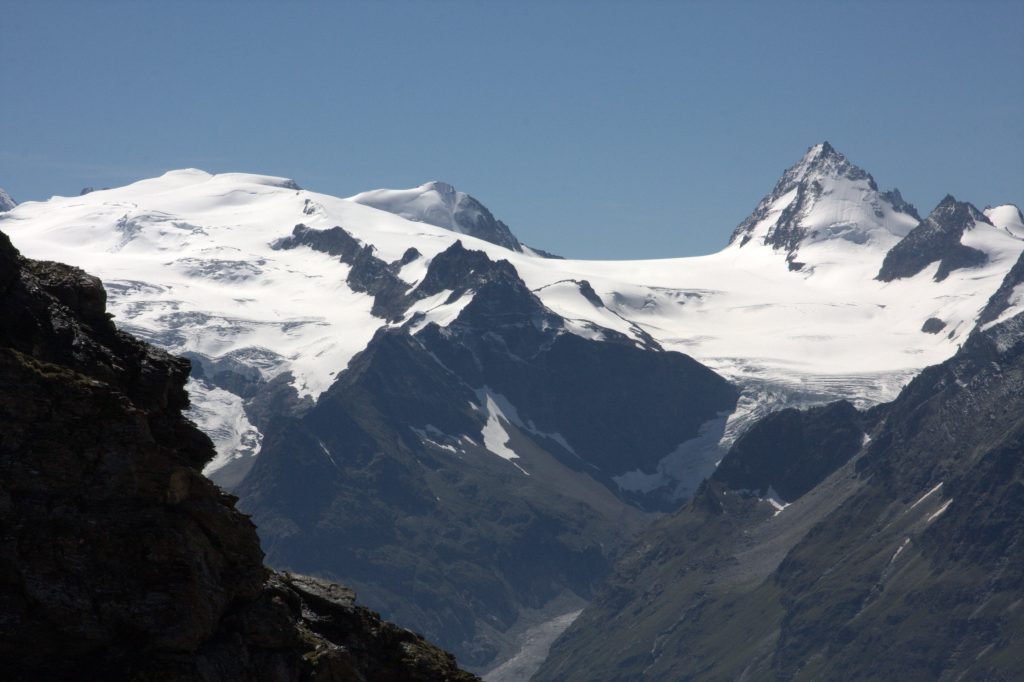 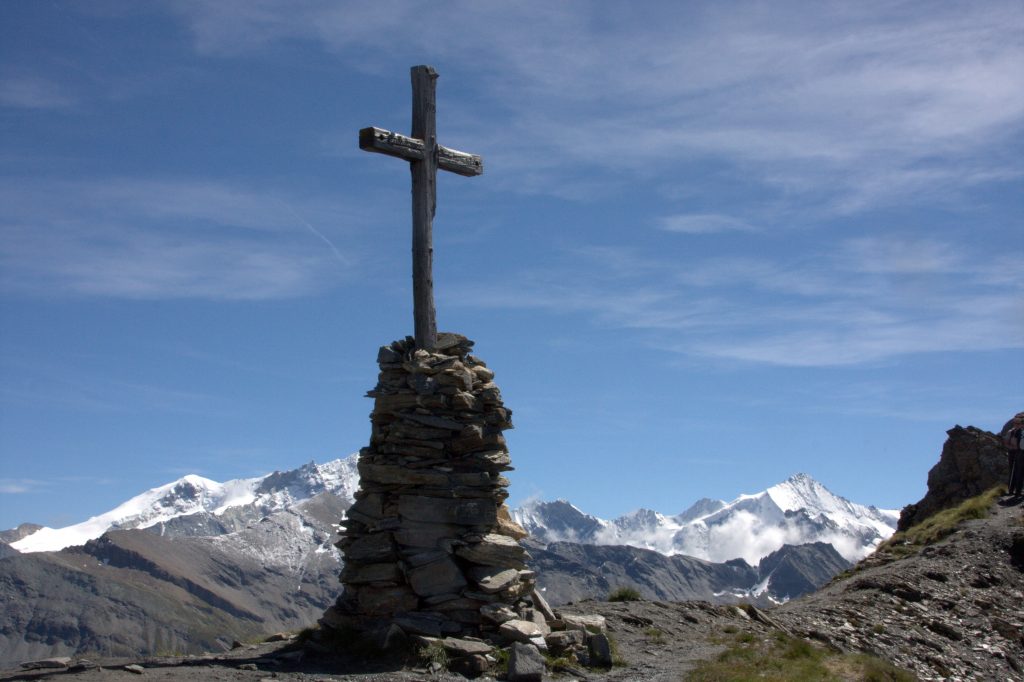 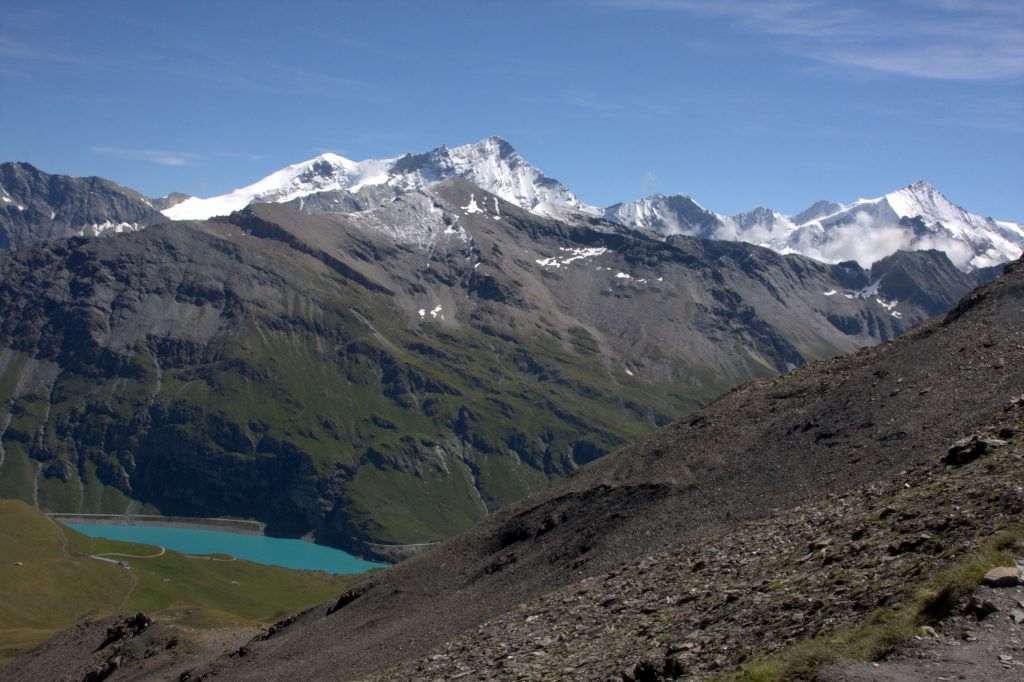 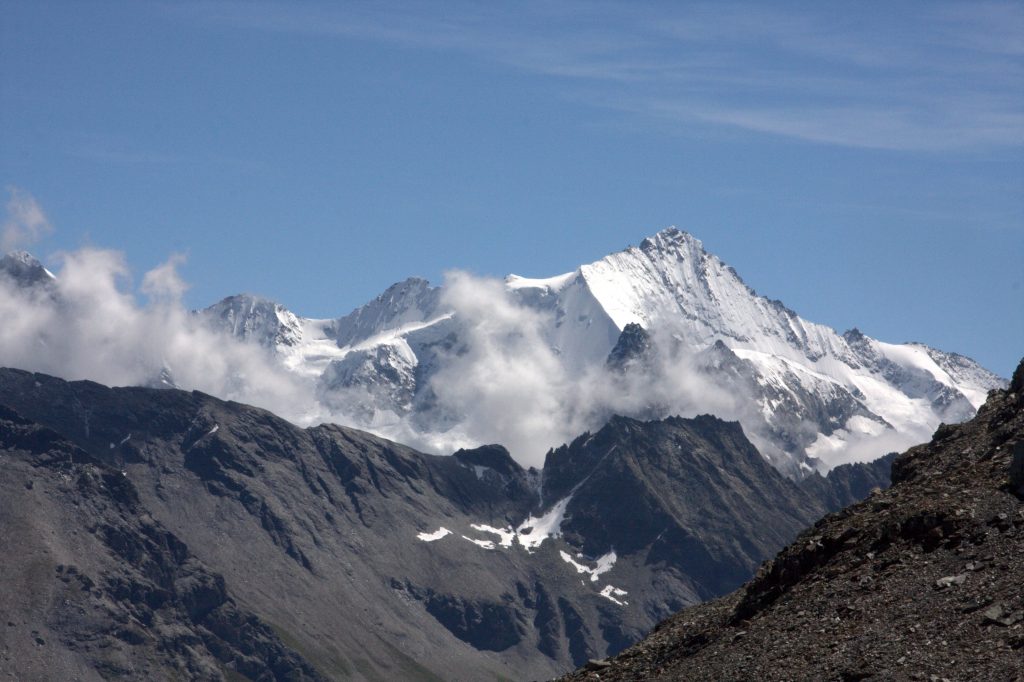 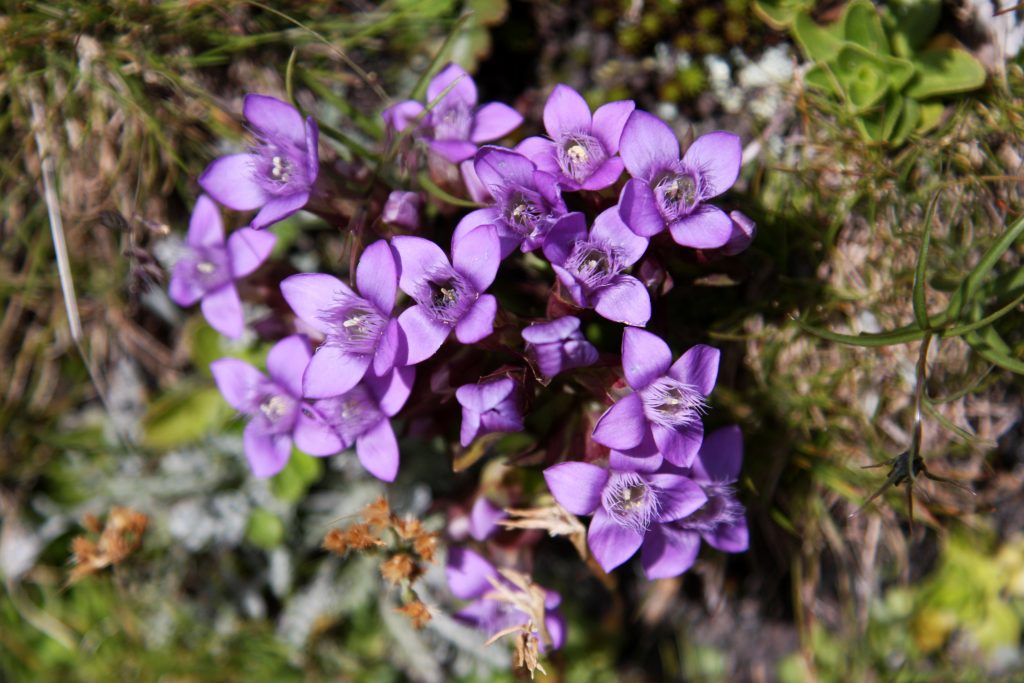 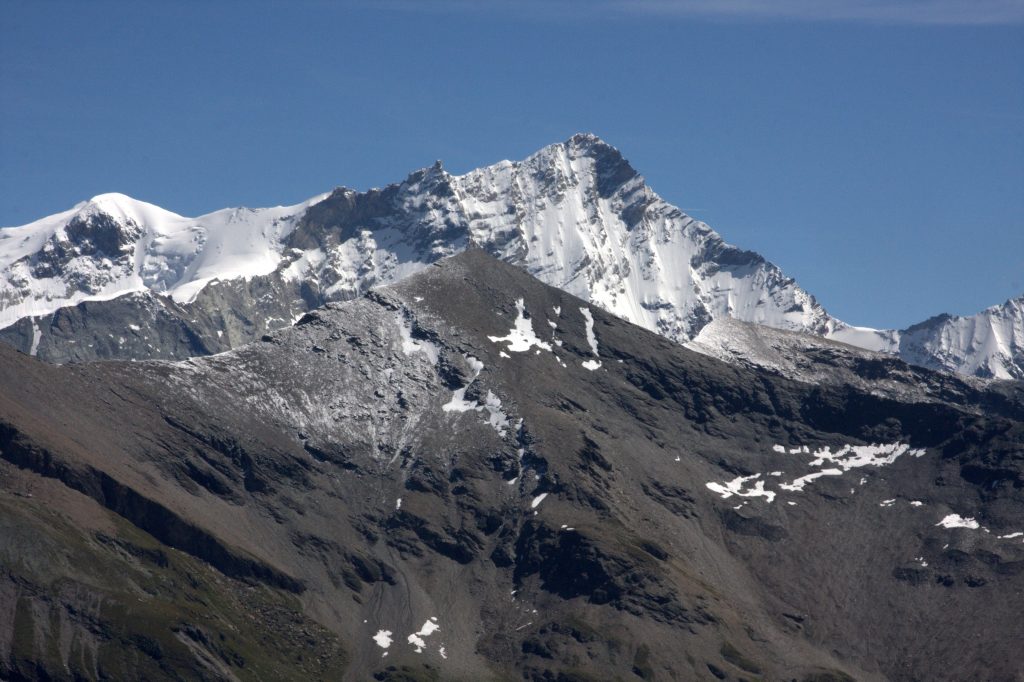 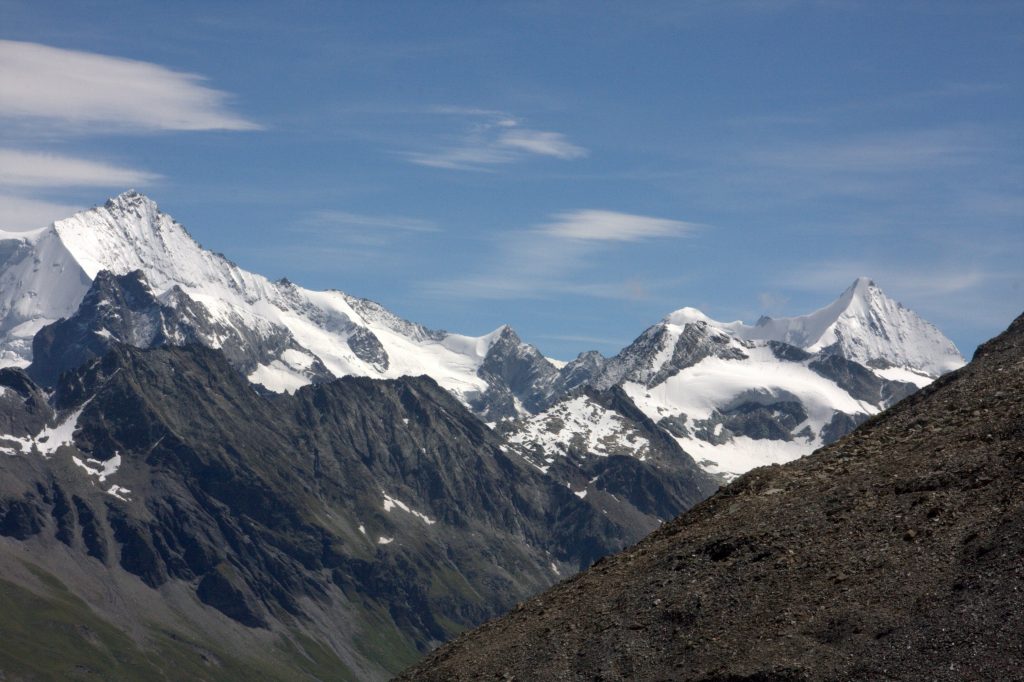 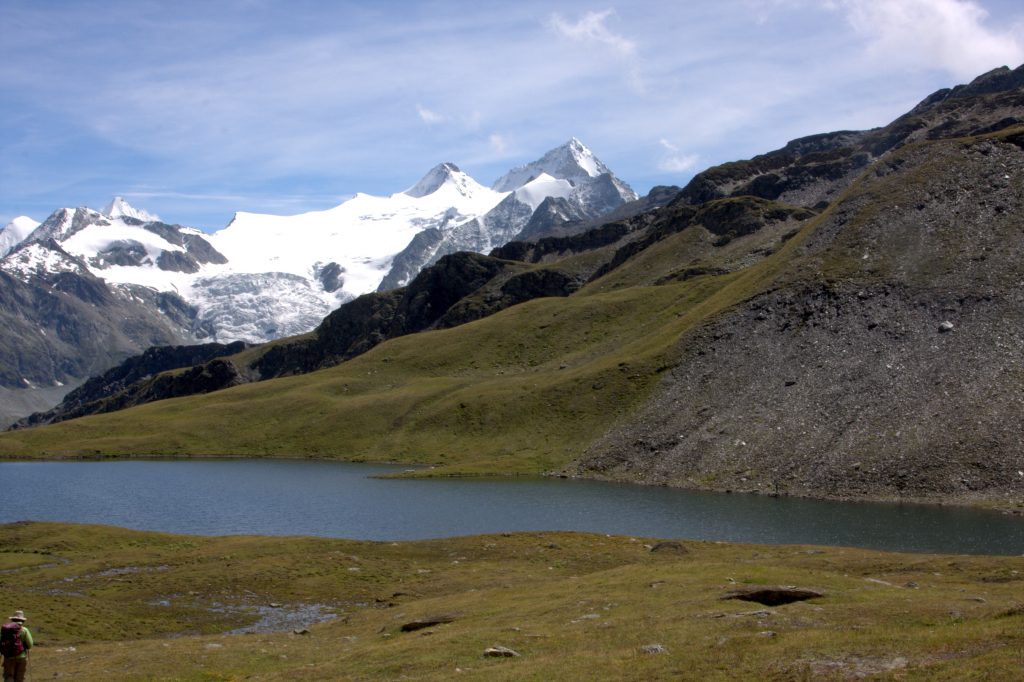 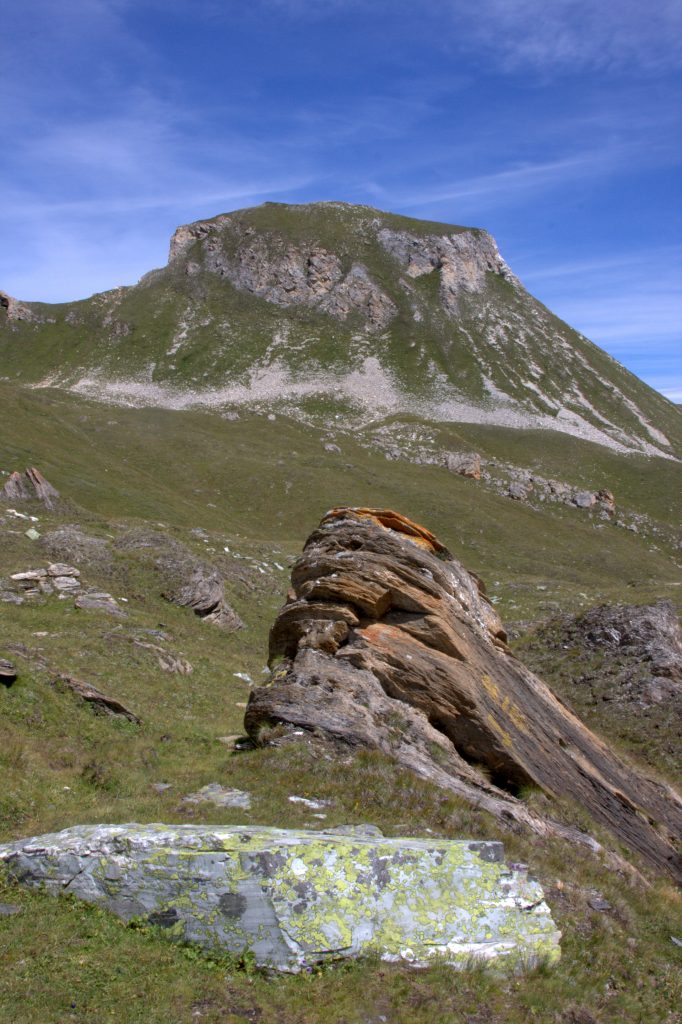 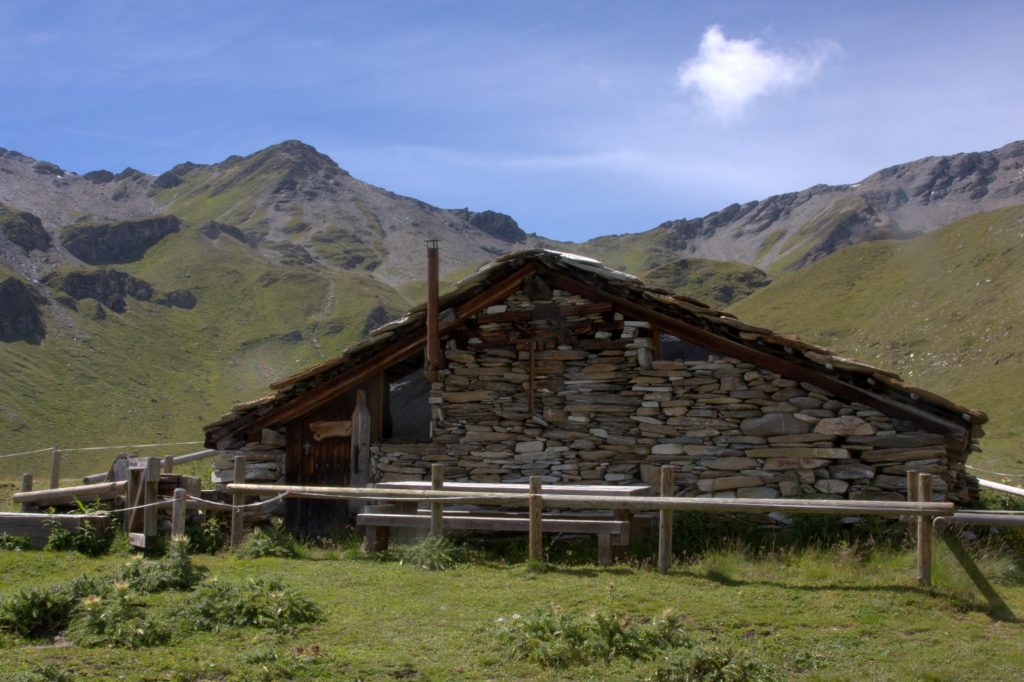 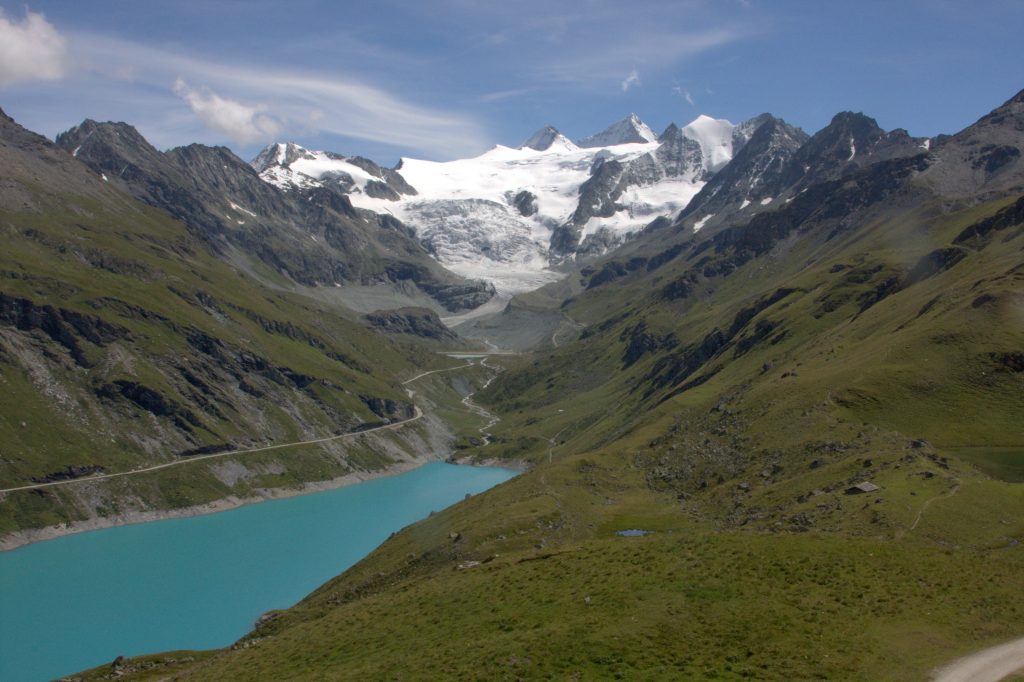 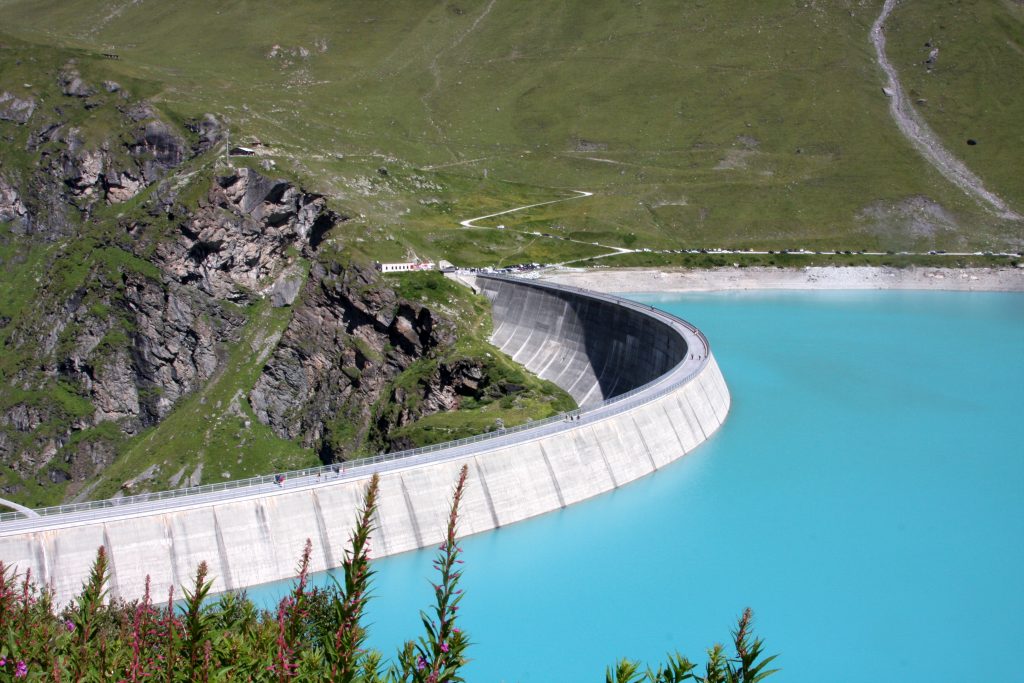 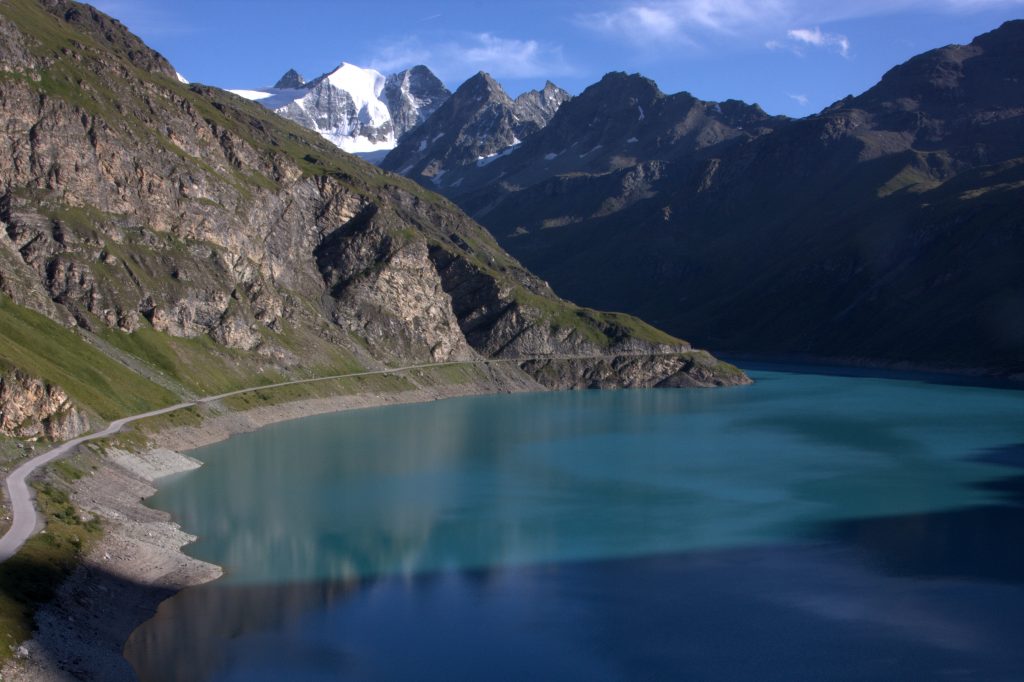