August 16: We left Cabane des Dix and soon crossed two fingers of the glacier. We were careful to cross following the well marked path because there were crevasses in the glacier, and we had to cross glacial streams of water. However, the ice was soft and there were many bare spots in the path so it was not difficult to cross. We then started climbing steeply to the Pas de Chevres, where we climbed a tall ladder up the side of a cliff, up another ladder, across a cat walk and up a third ladder to the top. We had all been a bit nervous about climbing the more primitive ladders described in the guides and were grateful to find that they had been recently improved. We had more big hikes ahead in coming days, but having climbed the ladders and finished some of our more difficult hikes, we were ready to enjoy a leisurely descent into the beautiful alpine meadows below. We spent much time looking at flowers and found some edelweiss. We spent some time watching a group of young marmots play. It had been foggy at the top of the pass, but as we descended, we caught a glimpse Mont Collon. Just above village of Arolla, we stopped at a small restaurant run by a nice Frenchman. We were his only patrons, so he entertained us and after lunch gave us a round of strong local cognac. Arolla was a busy place with hotels, a sporting goods store, and a bus center, and we ran into a group of British climbers we had met a Cabane des Dix who had just climbed over a high peak, Pigne d' Arolla. We had a long hike through the forest from Arolla to Les Haudres, including a steep climb to Louche, a old hamlet of small wooden buildings. The hotel in Les Haudres was beautifully decorated in the Swiss style with attendants in traditional Swiss dress. I had a nice ham dinner with chocolate pastries topped with ice cream. 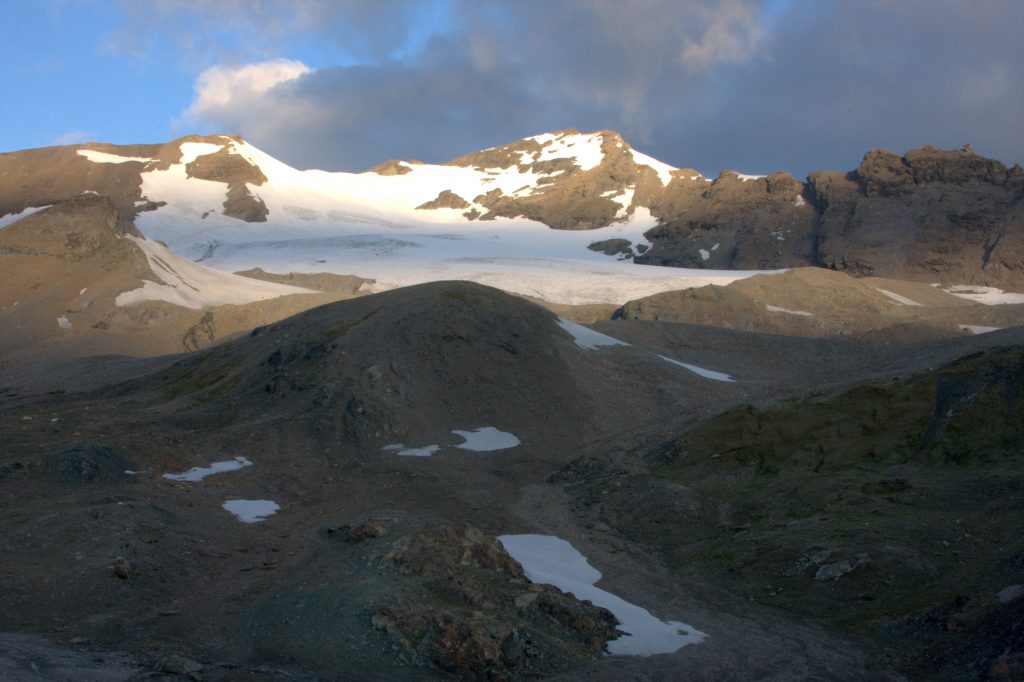 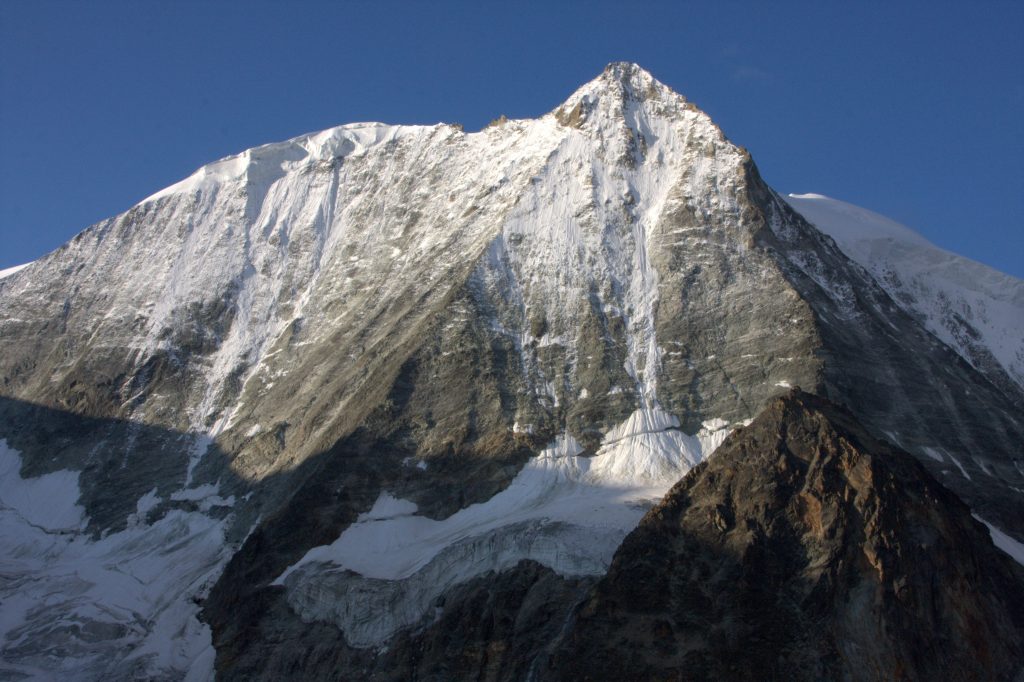 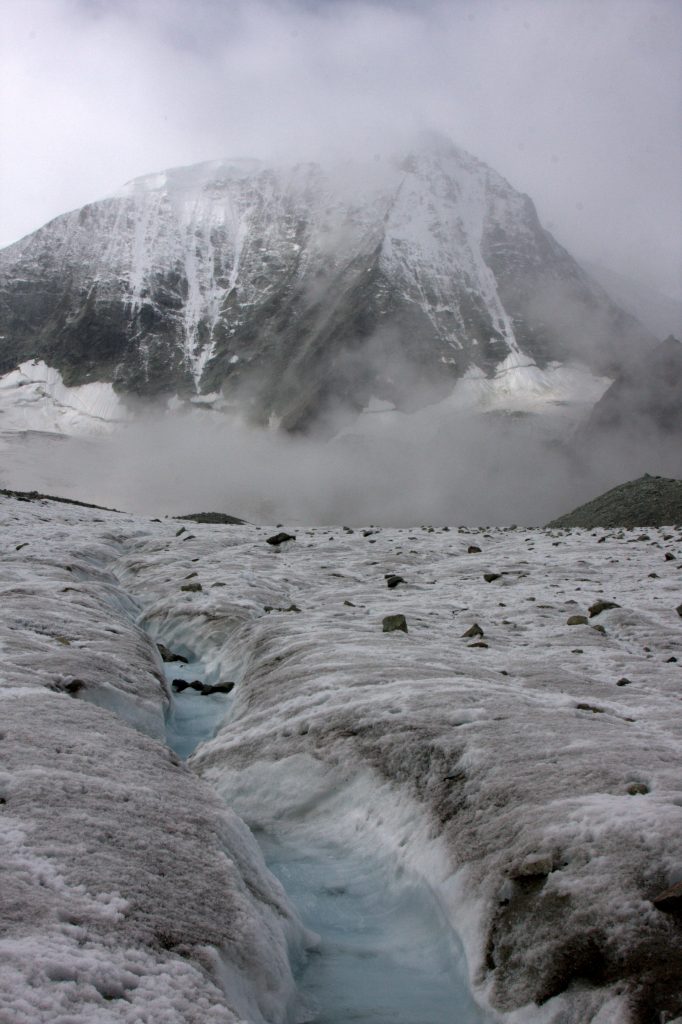 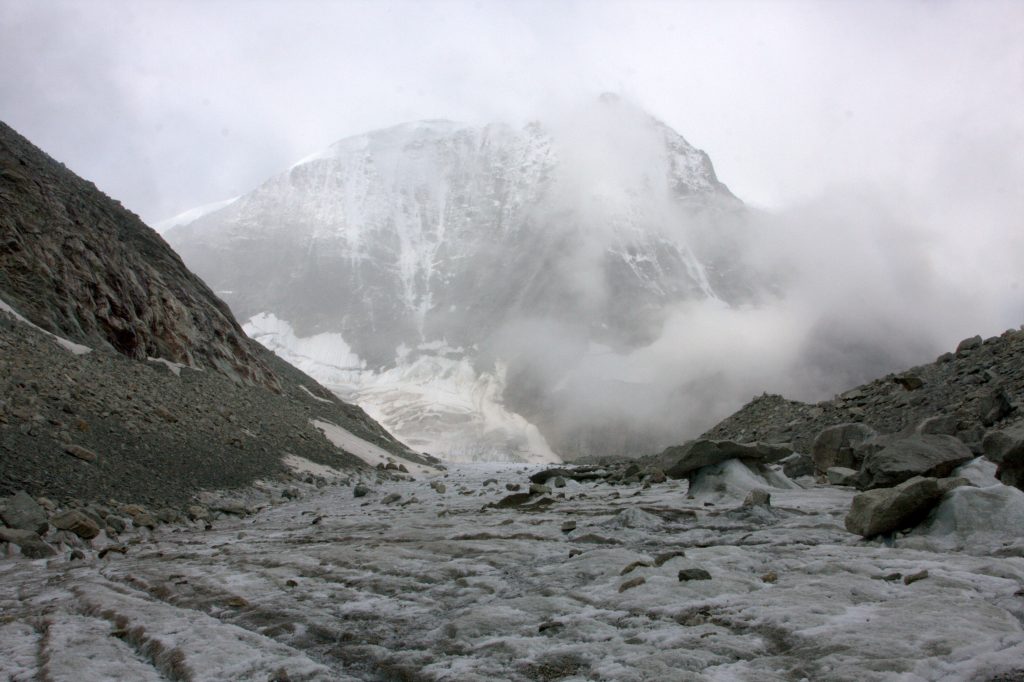 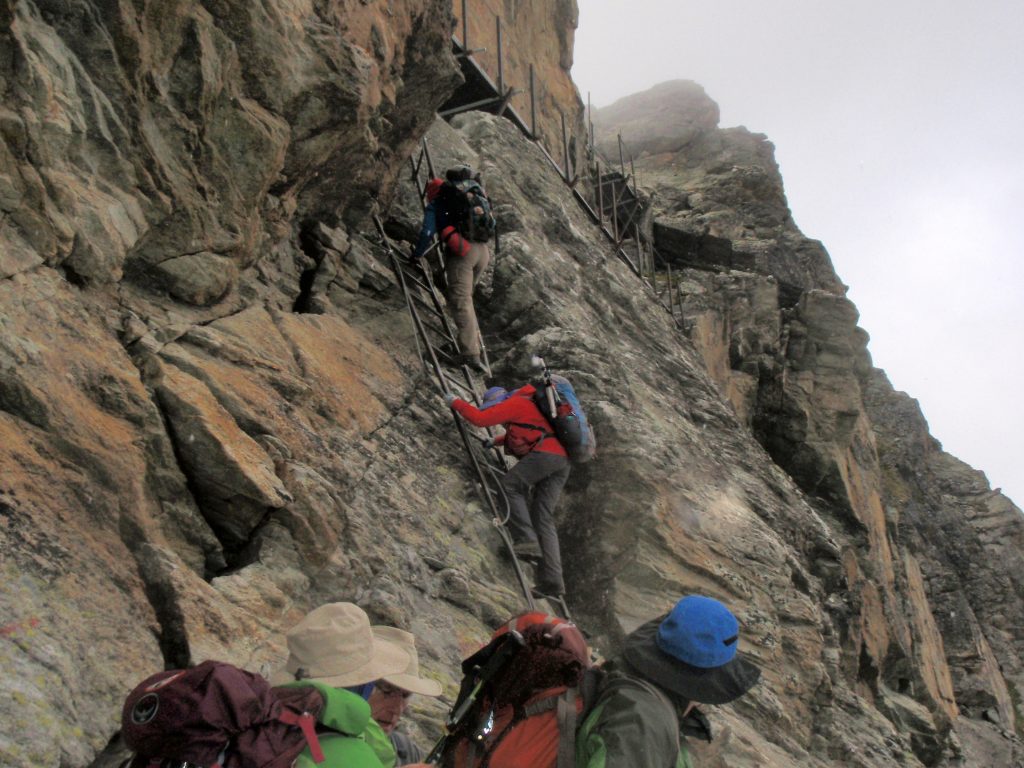 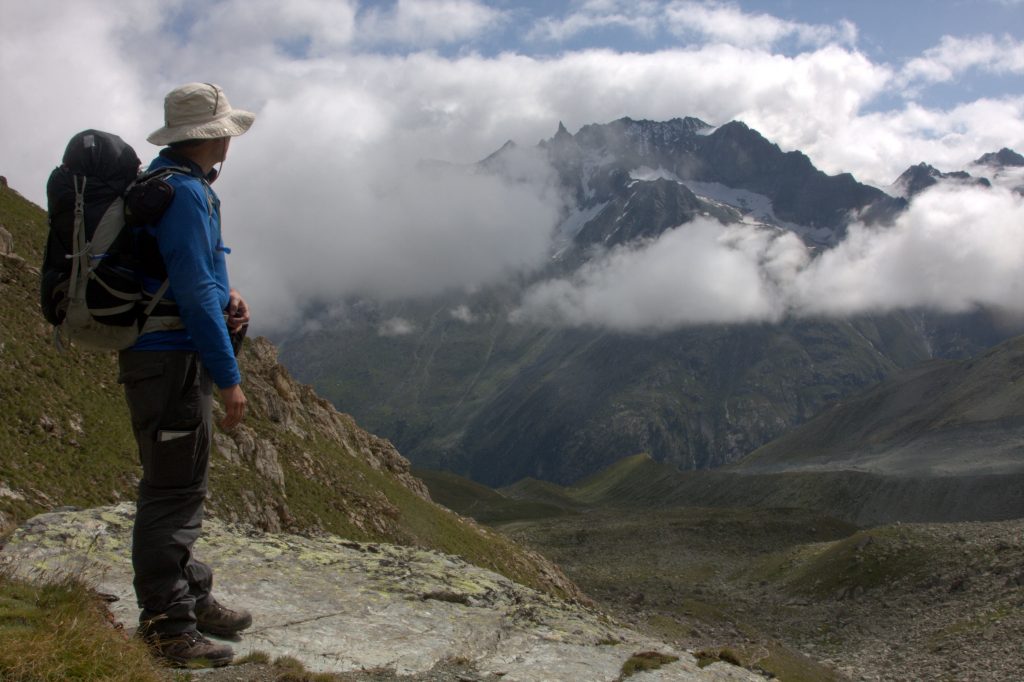 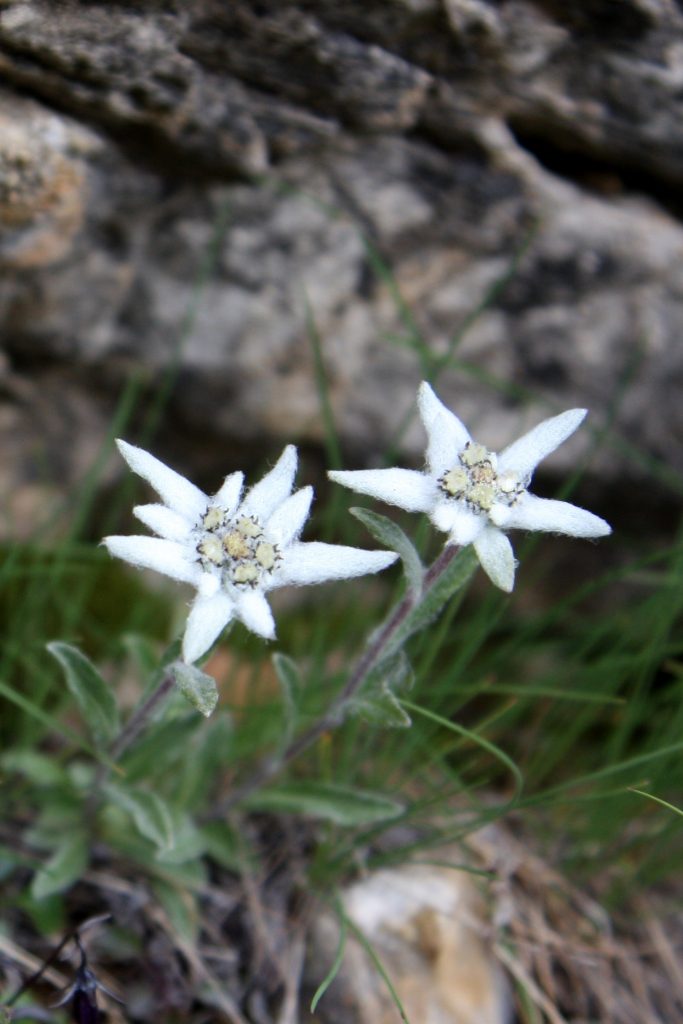 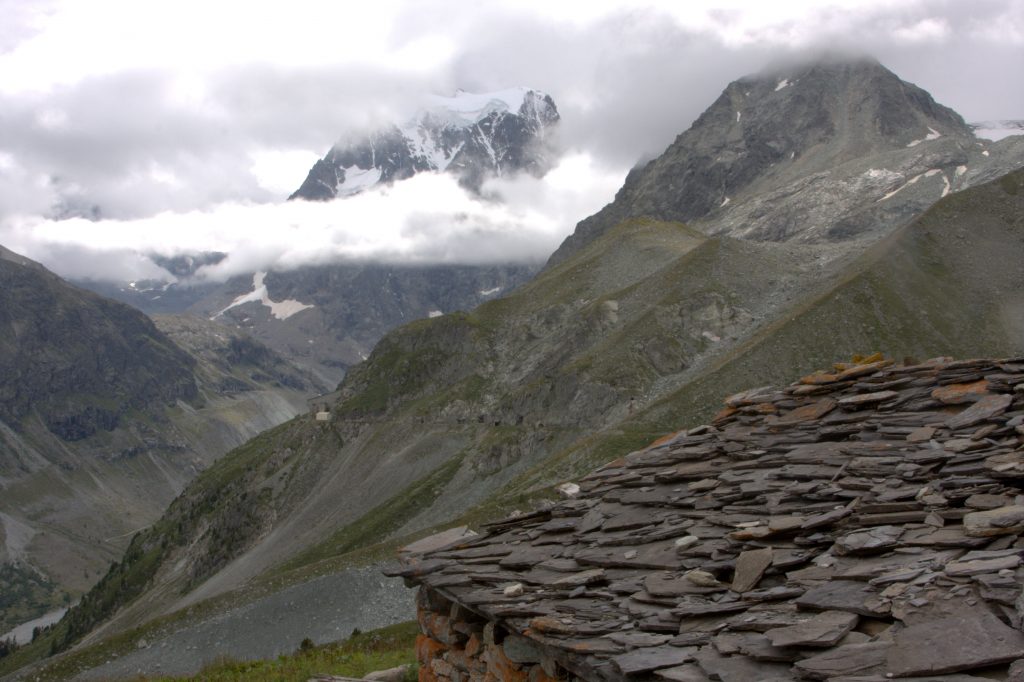 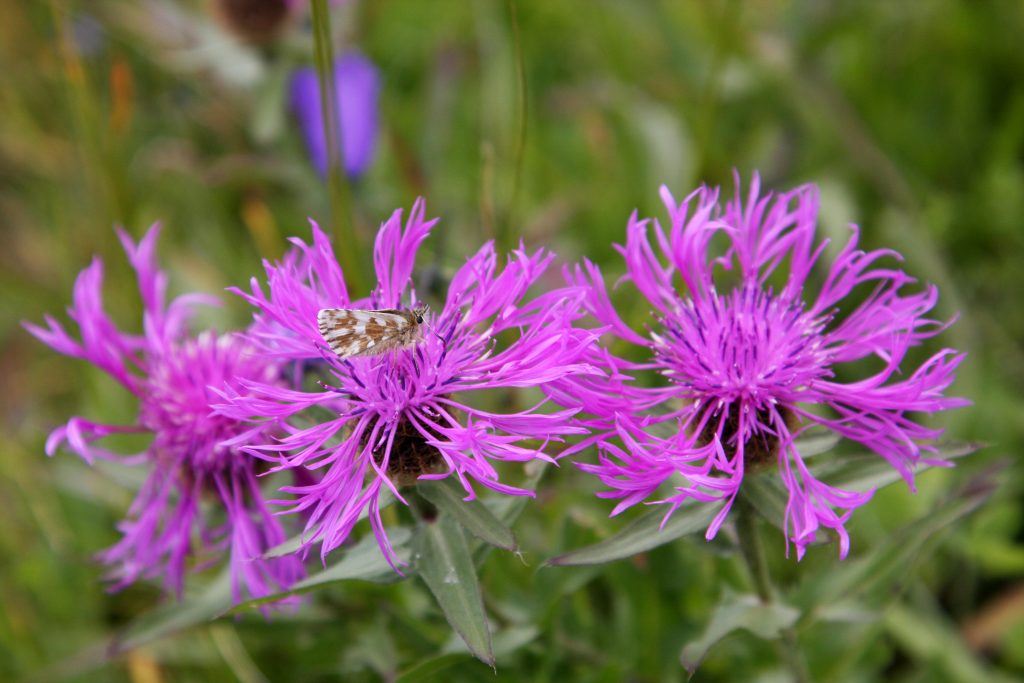 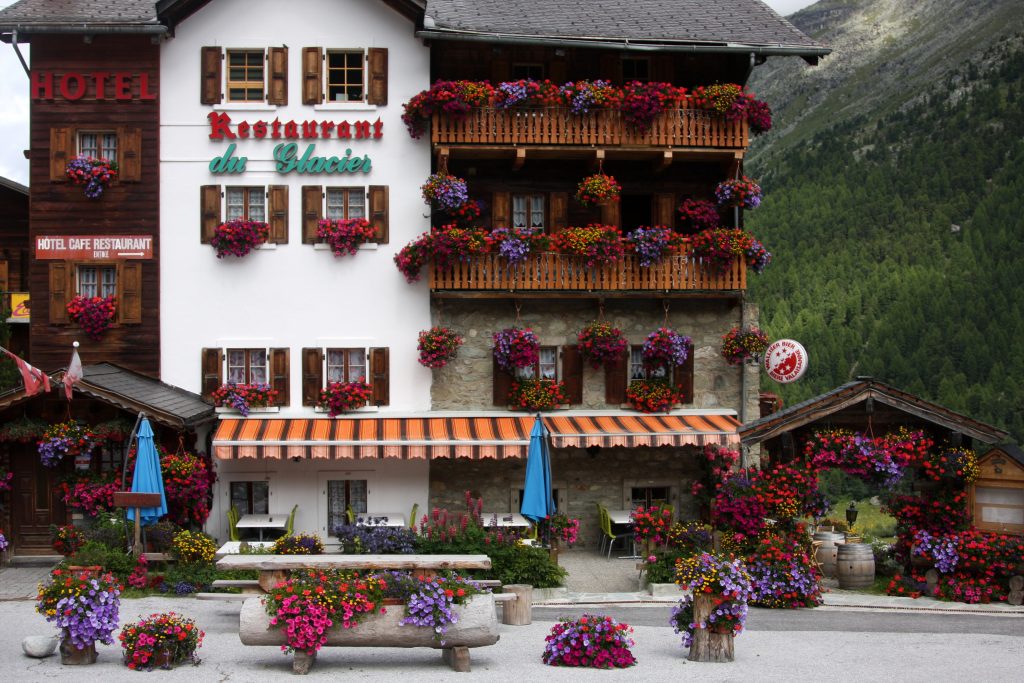 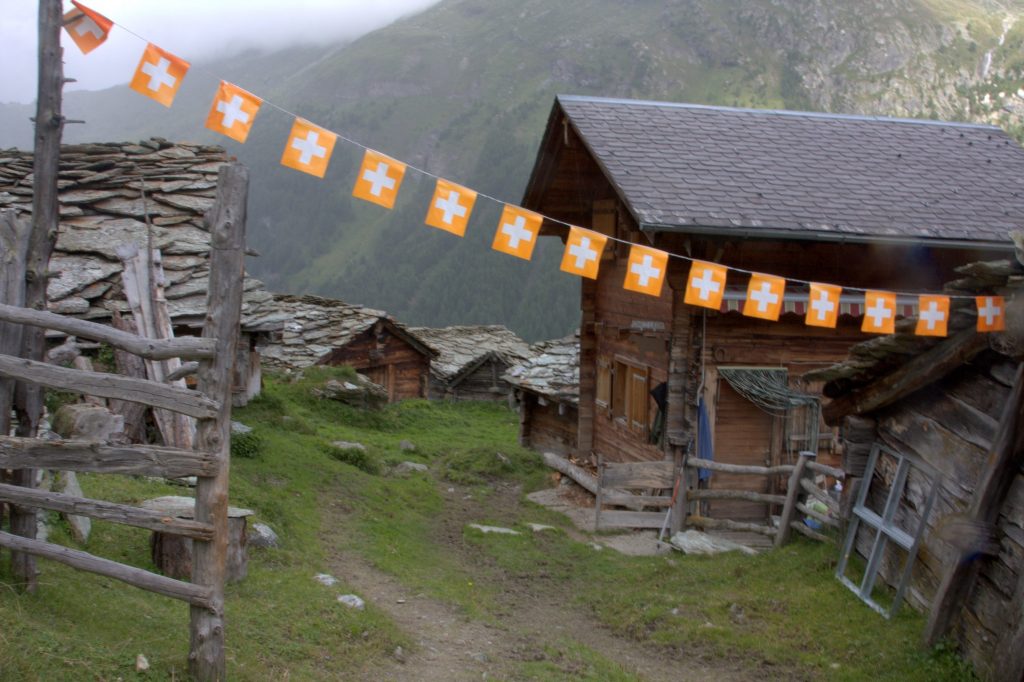