August 13: The hike from Cabane Du Mont Fort was our wild day, both in terms of the weather and in terms of the rugged, remote terrain that we crossed. We left the mountain hut in light rain. During the day we had periods of light rain, more steady rain, sleet, snow and sunshine, with broken clouds moving across the scenery. We began to climb steeply and climb up a couloir over a snow field to a pass called Col de La Chaux. We descended over steep boulder fields to a rugged basin where we joined with the main trail, passing a small blue lake before ascending to Col de Louvie. Below this pass was a boulder-filled basin with a glacial lake and glacial streams and the Grand Desert Glacier just above it. Descending into the basin it began to rain and sleet more steadily. We made a difficult crossing over wet rocks of the stream that drained the lake below the Glacier. As we ascended from the bottom of the basin, we were engulfed in dense fog, but when climbed up onto a stone plateau the fog abated, we saw a bit of sun, and we had some views down the valley to the north. We continued to climb towards the Col de Prafleuri and fog again thickened until there was very little visibility when we reached the pass. 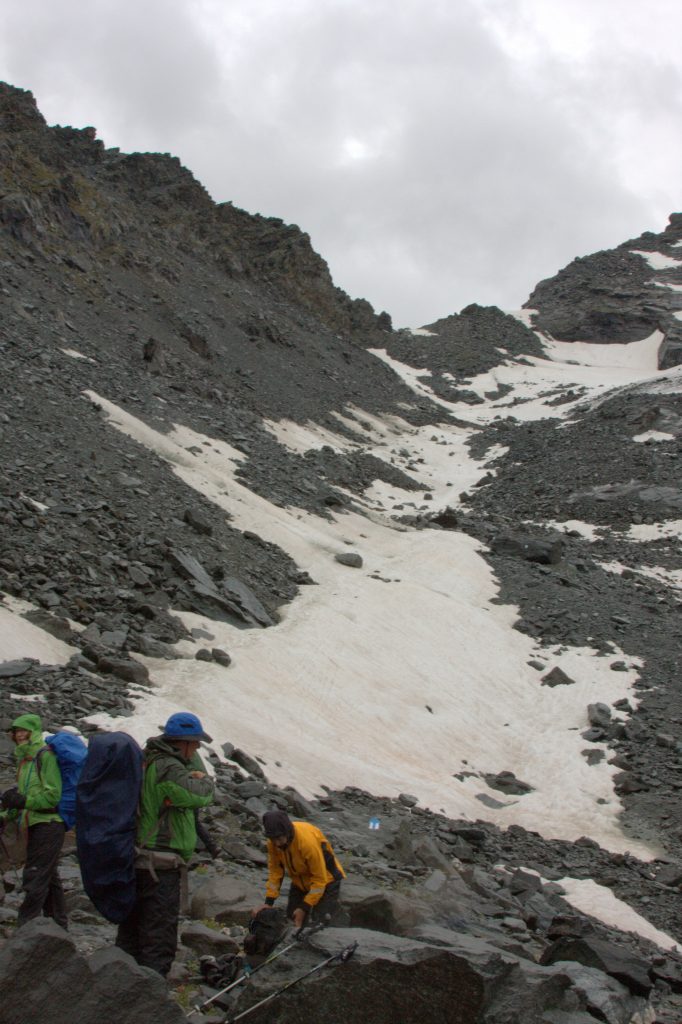 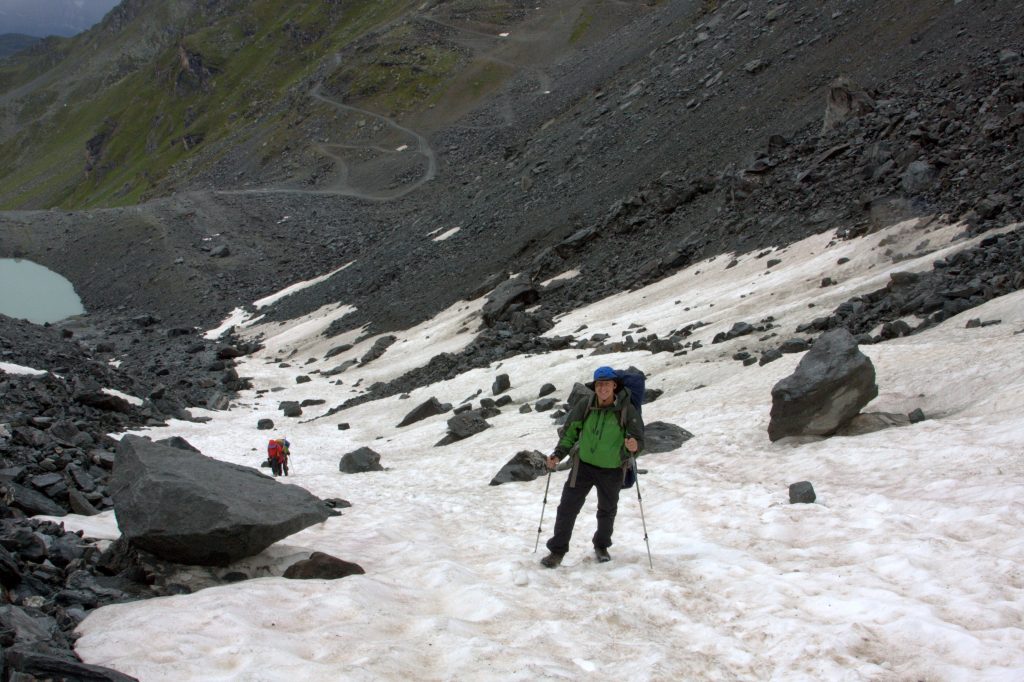 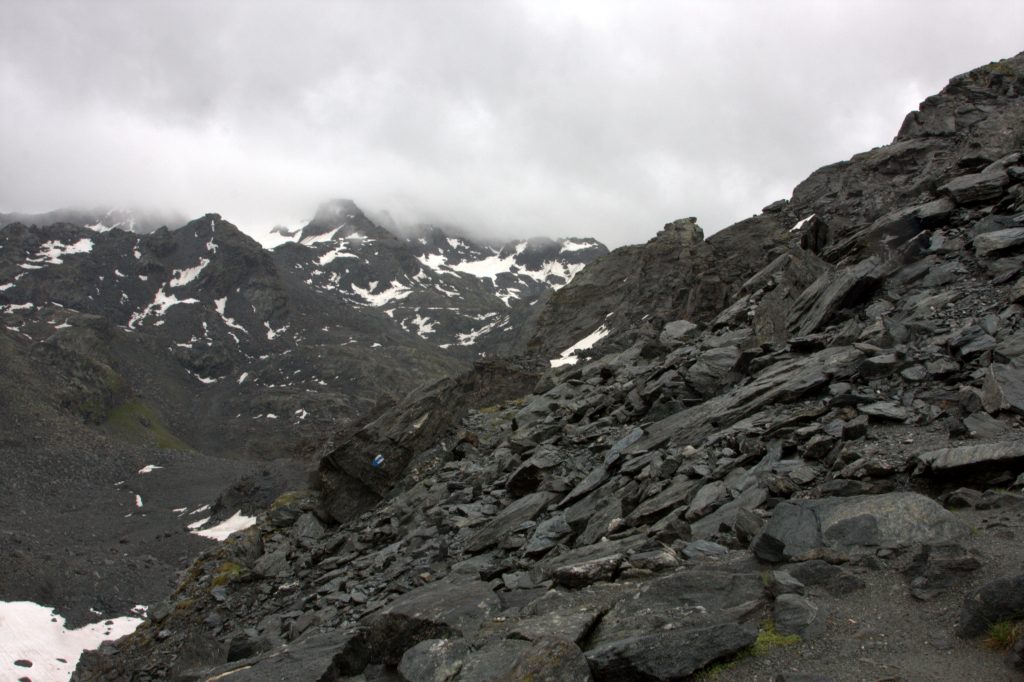 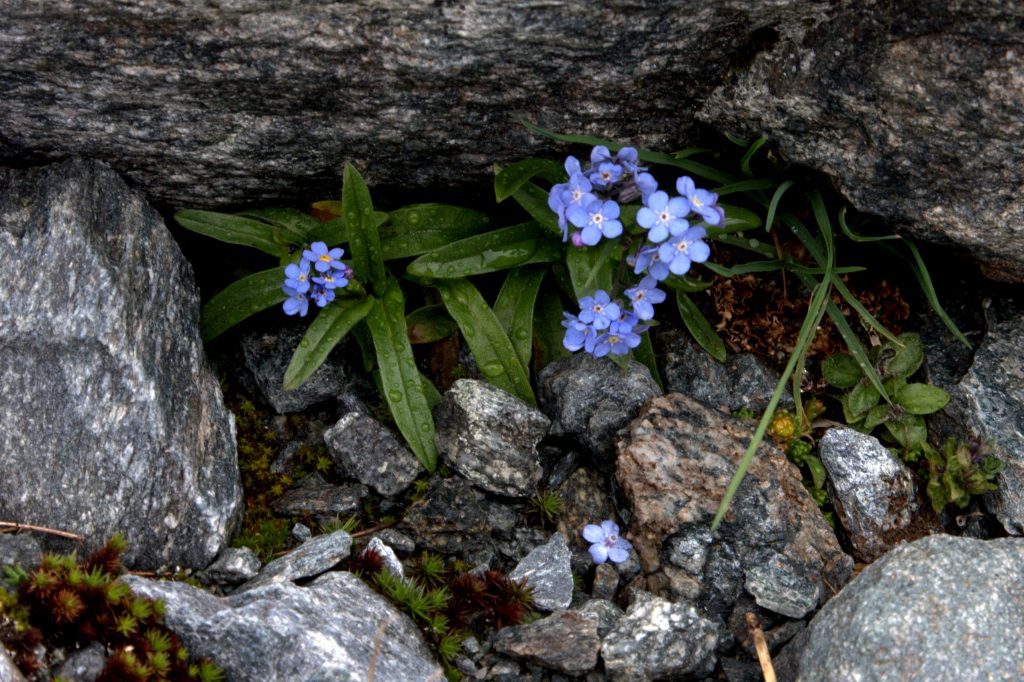 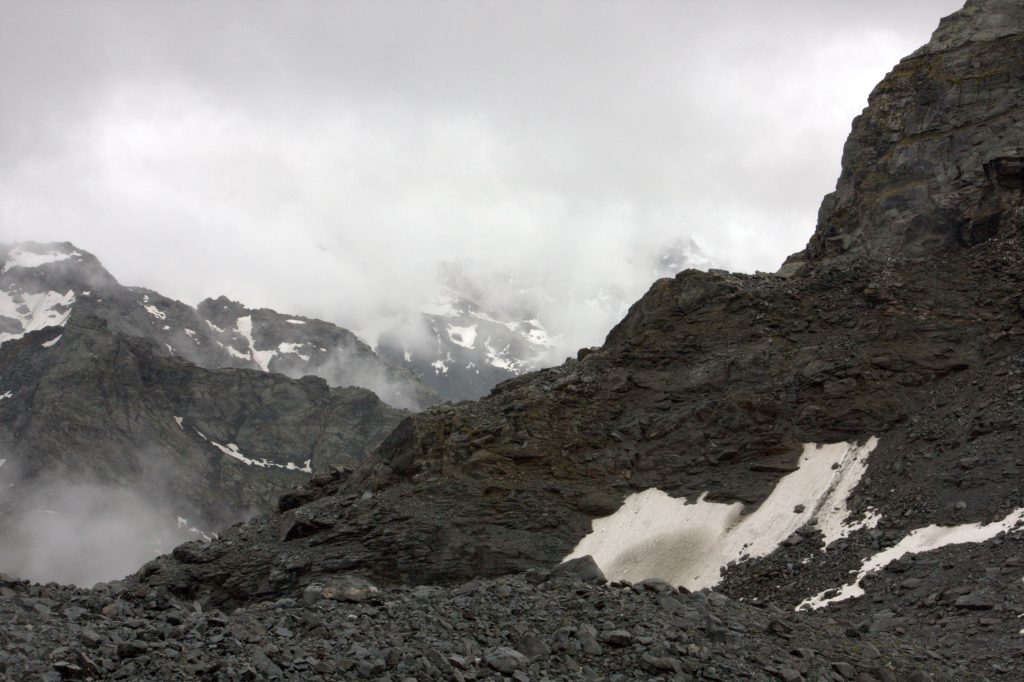 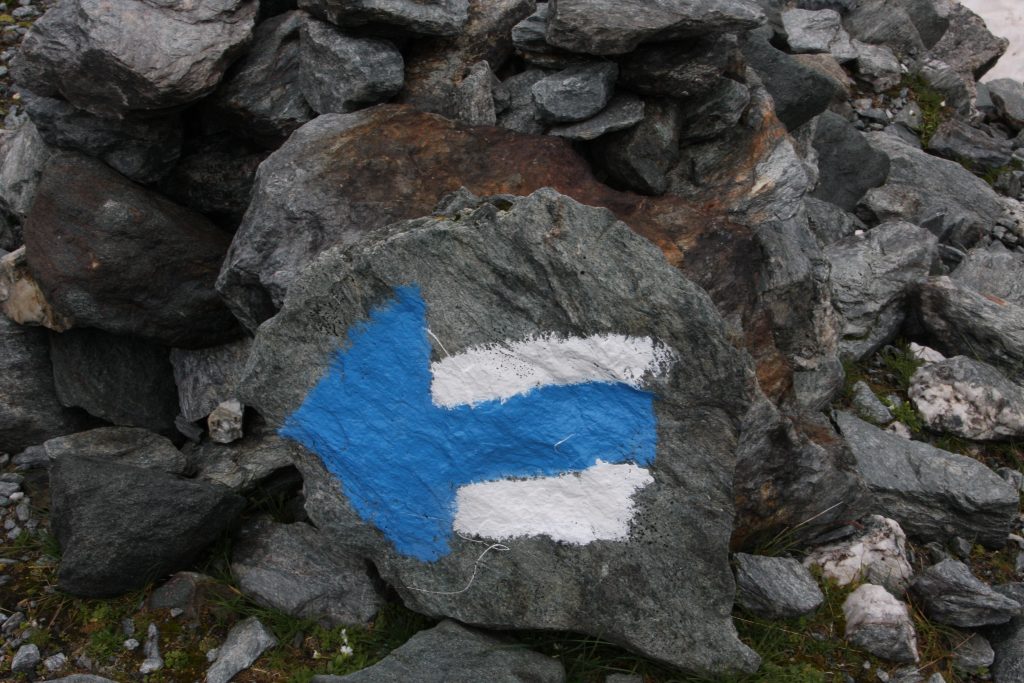 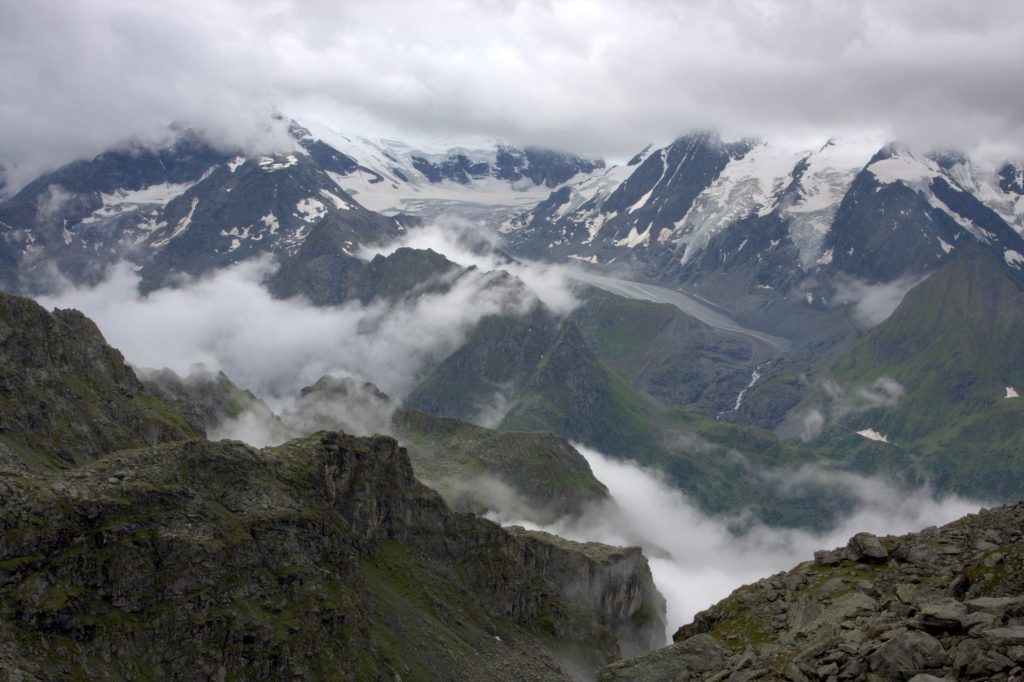 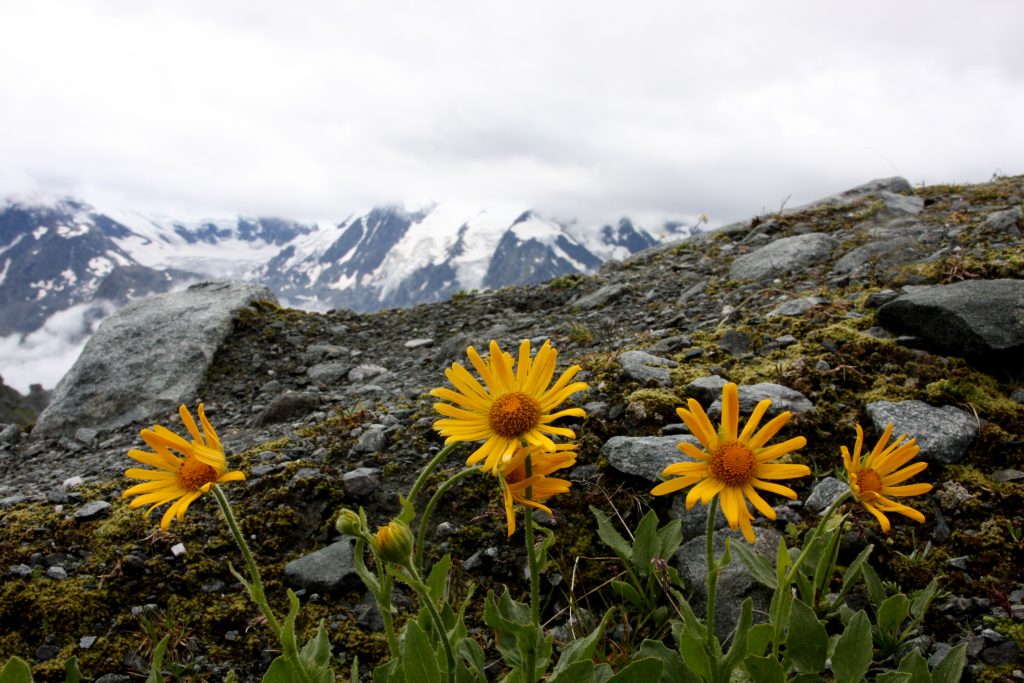 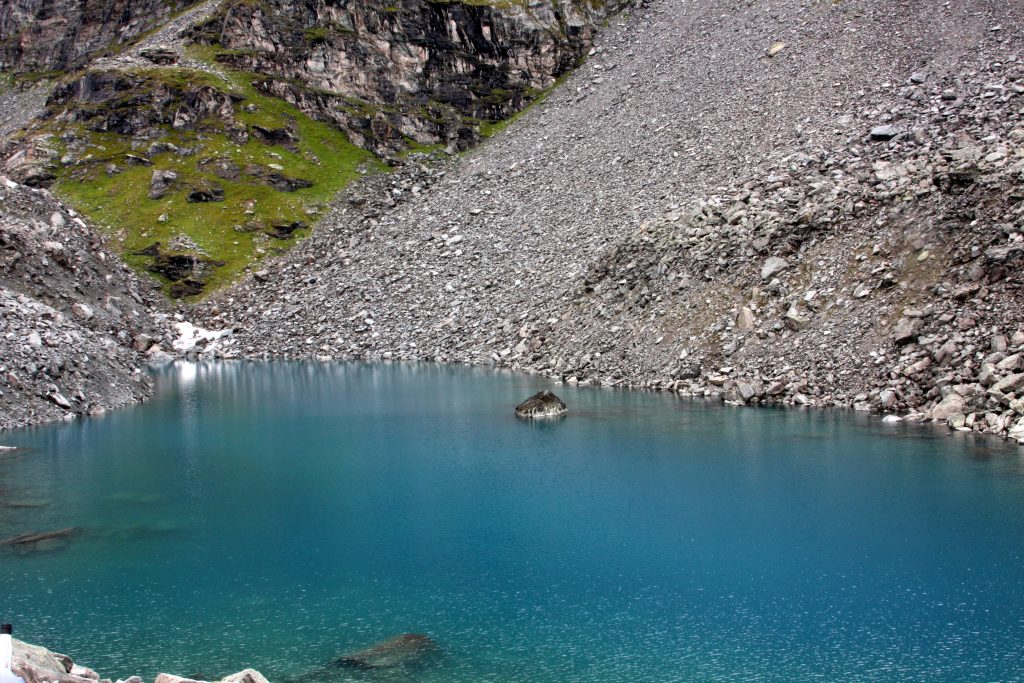 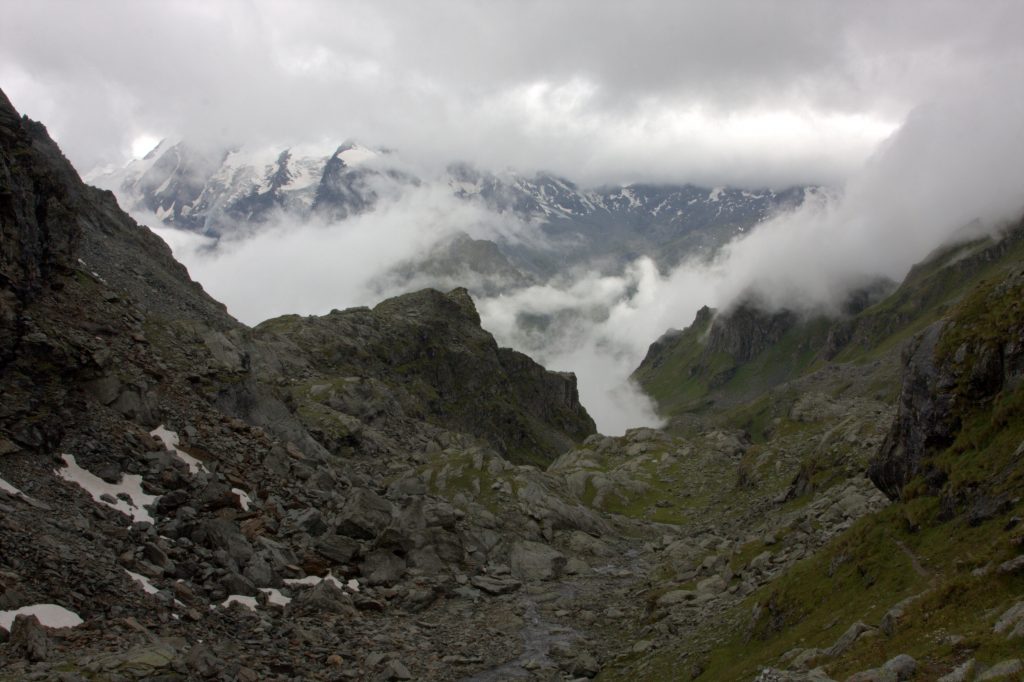 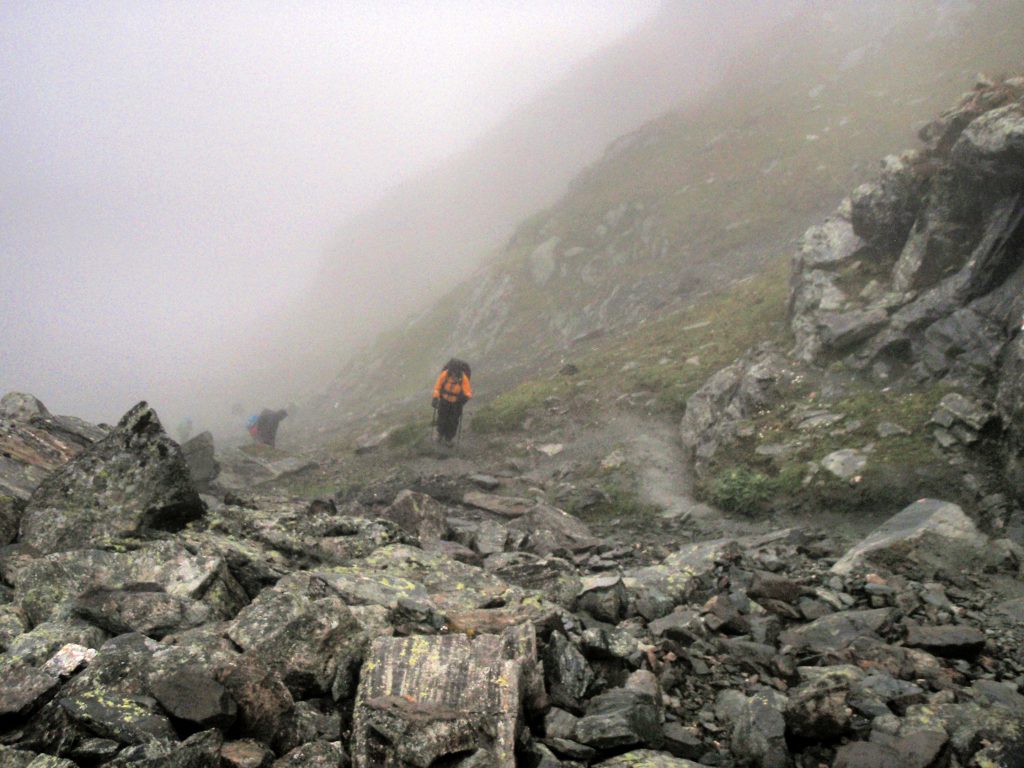 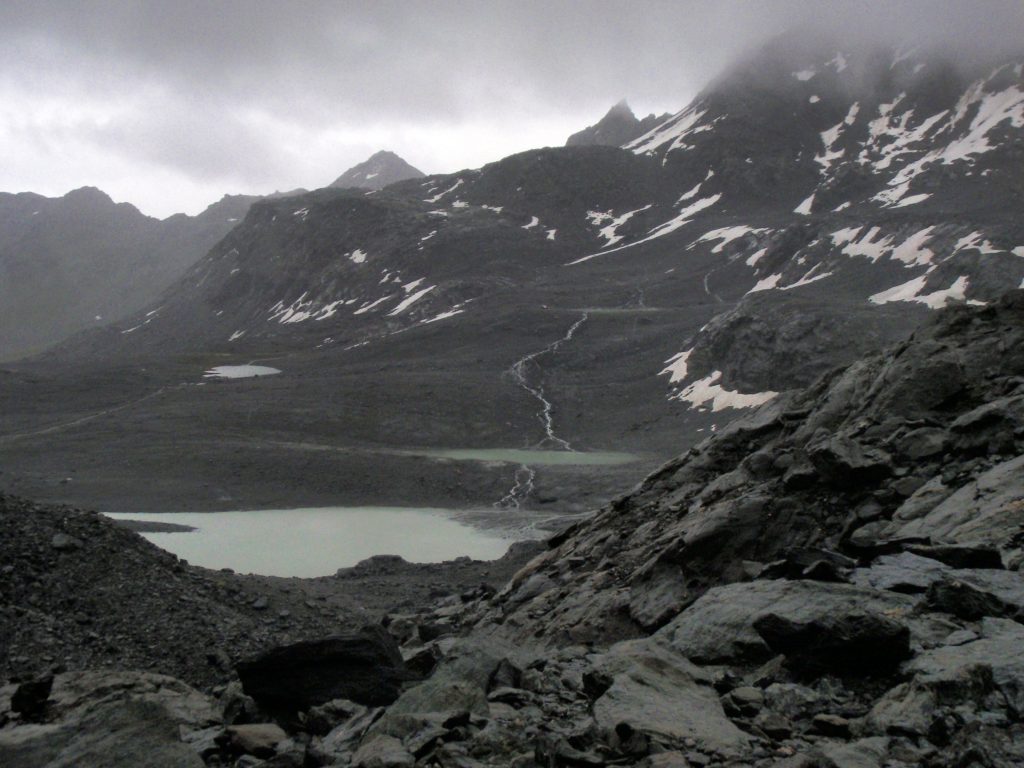 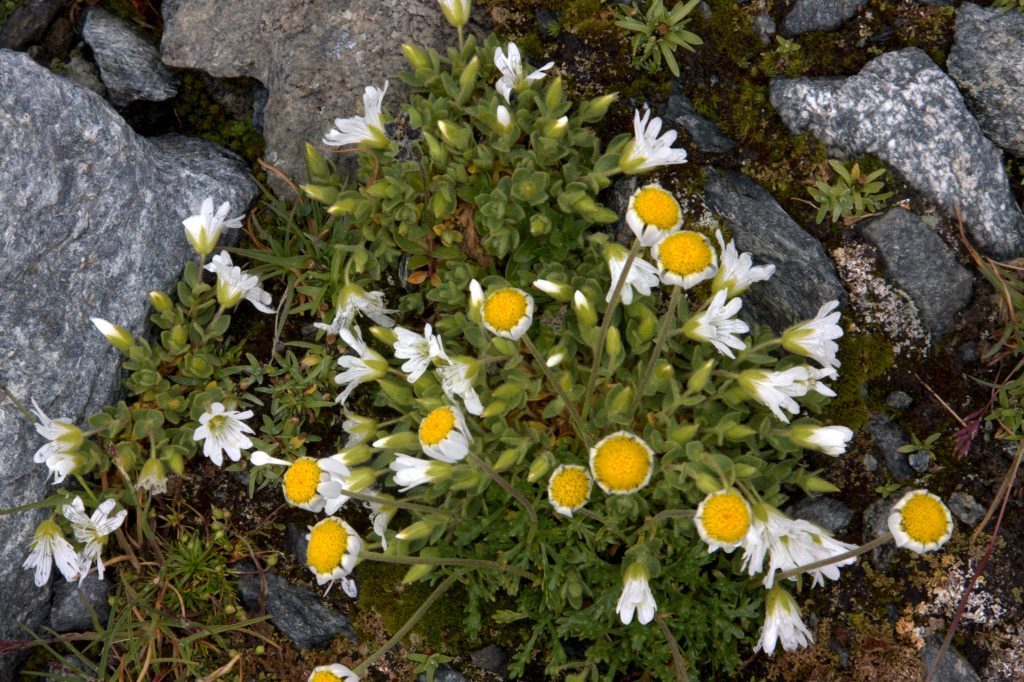 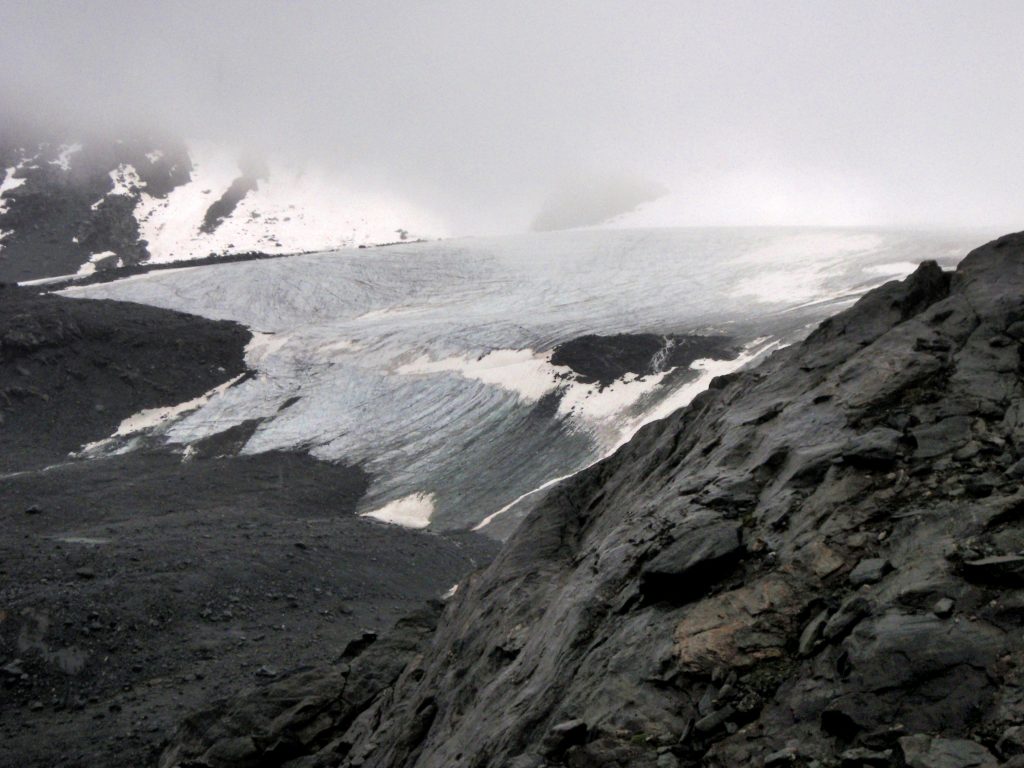 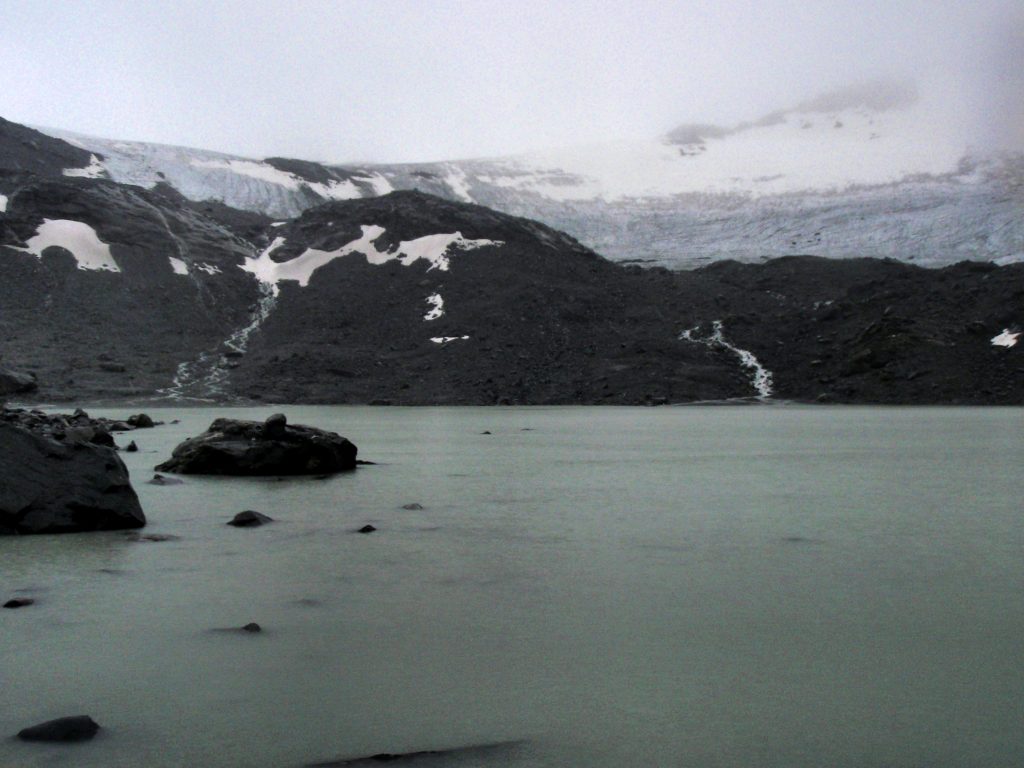 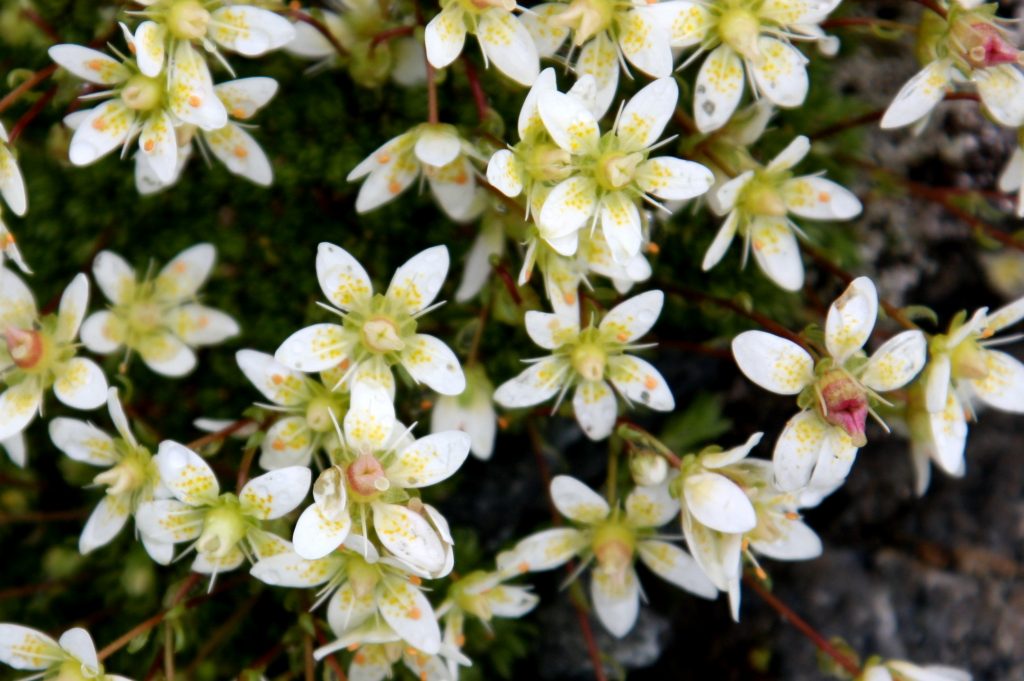 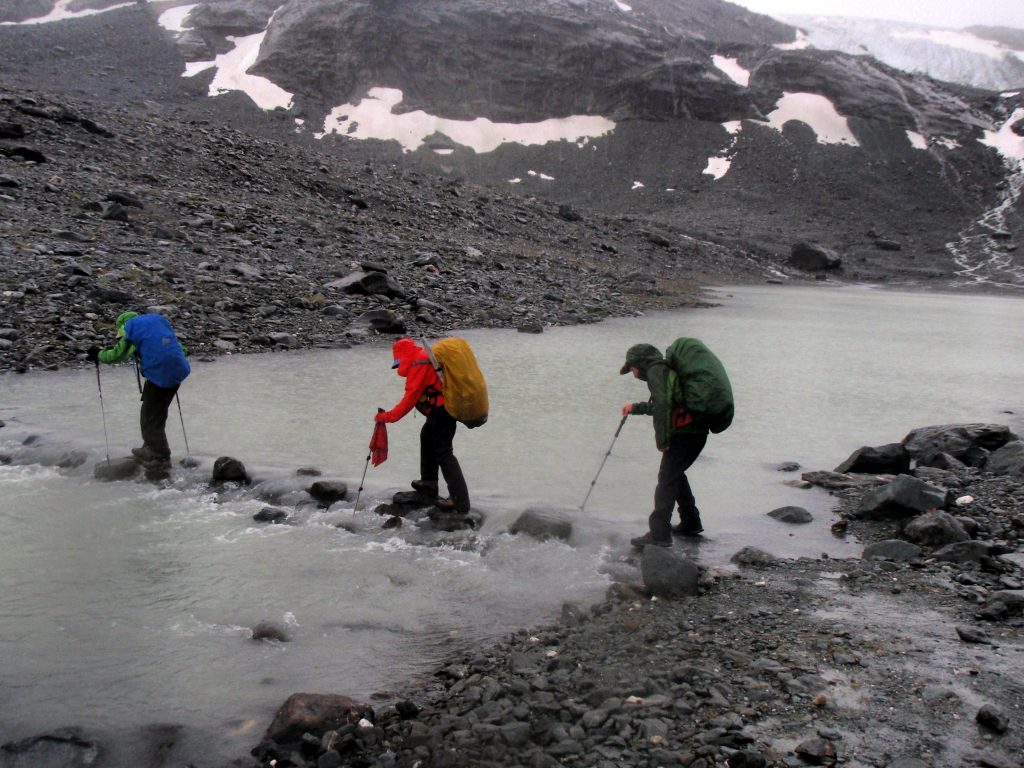 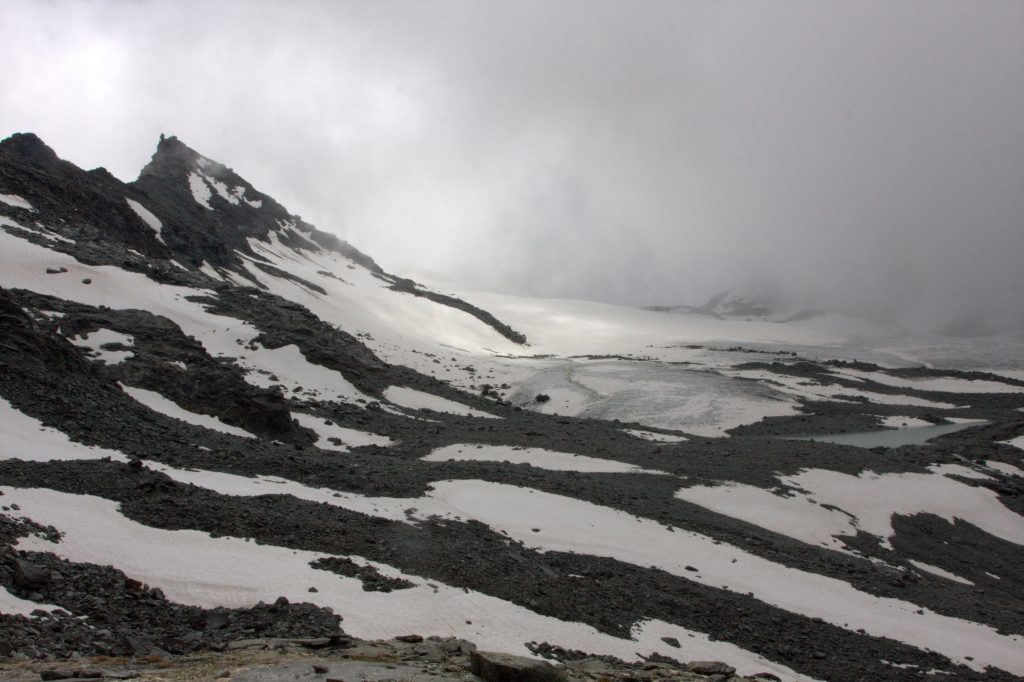 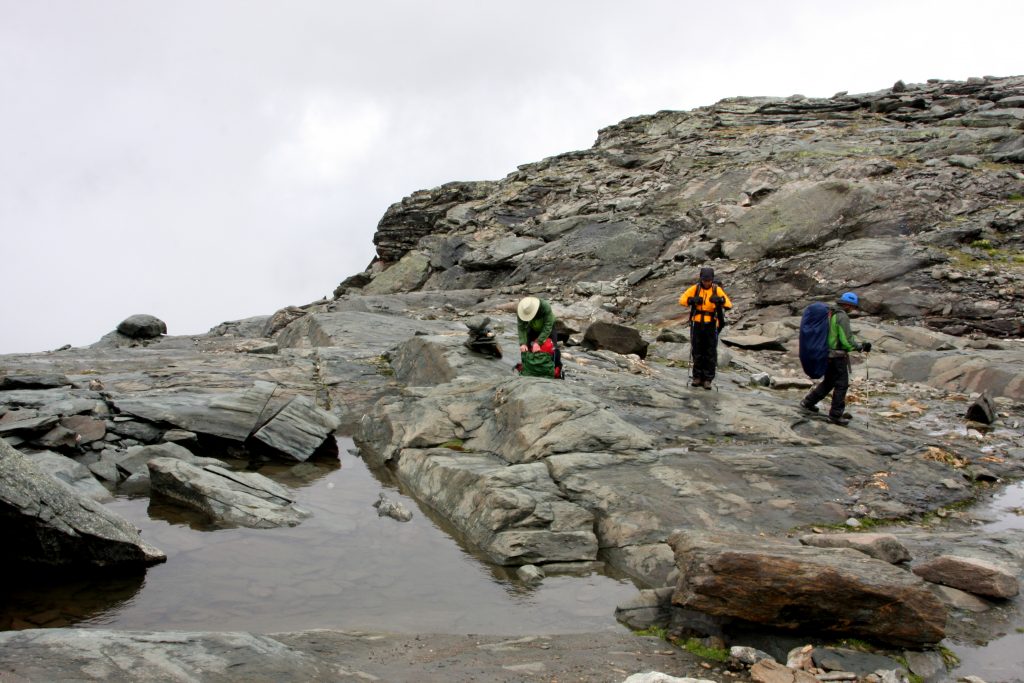 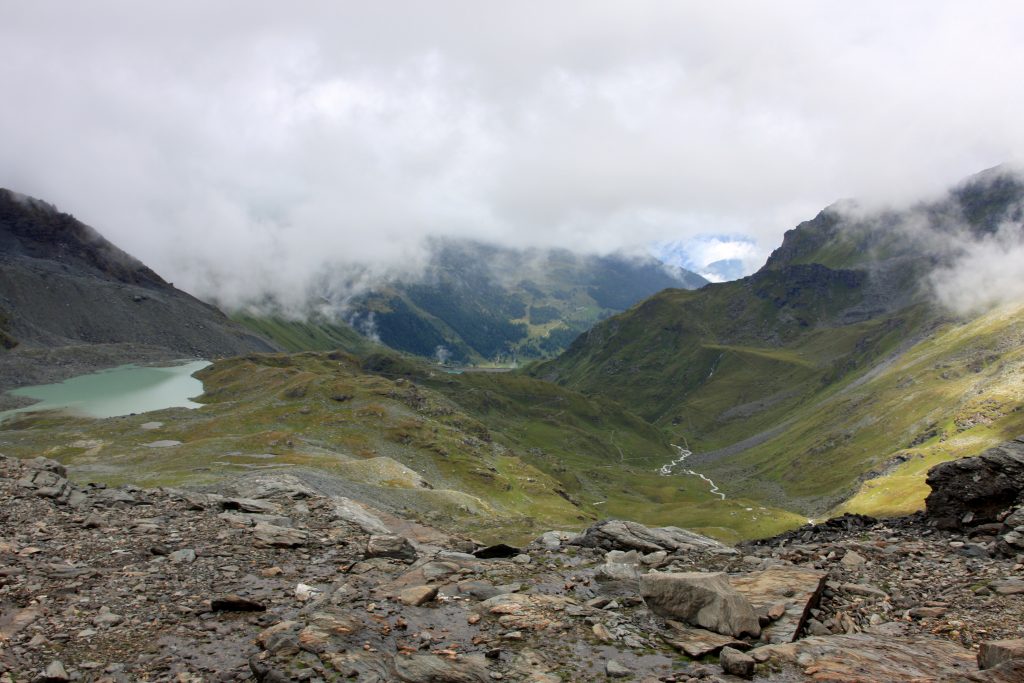 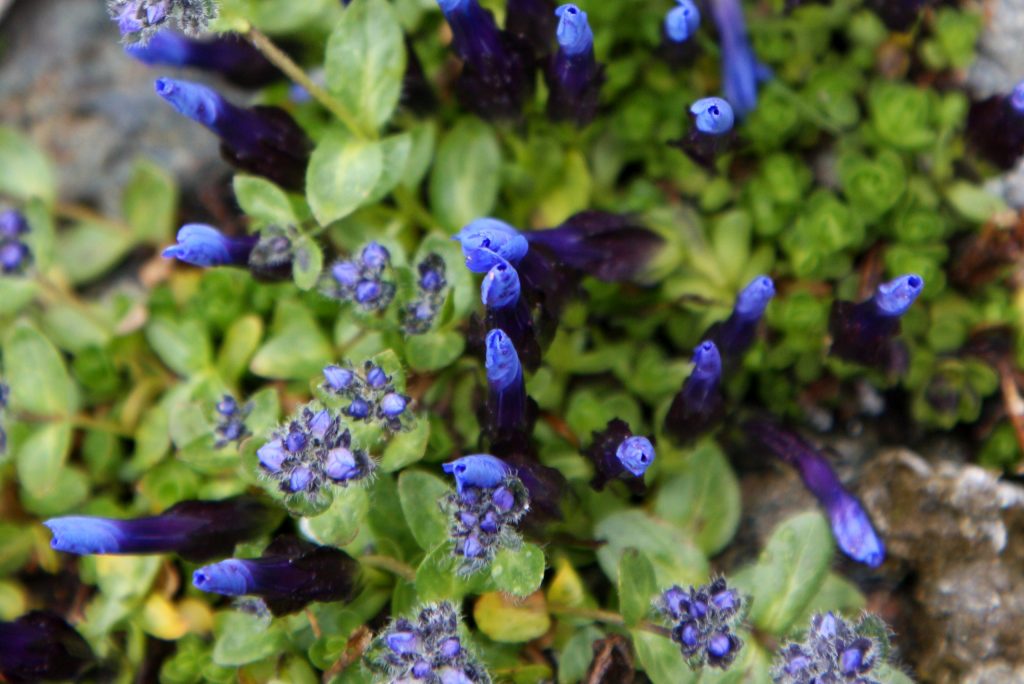 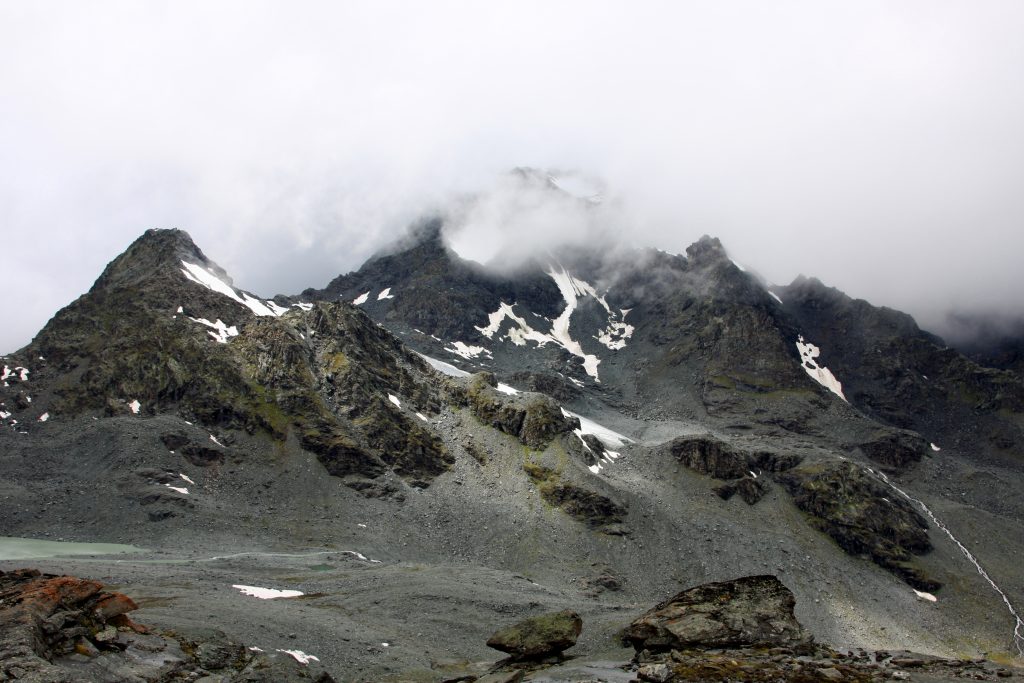 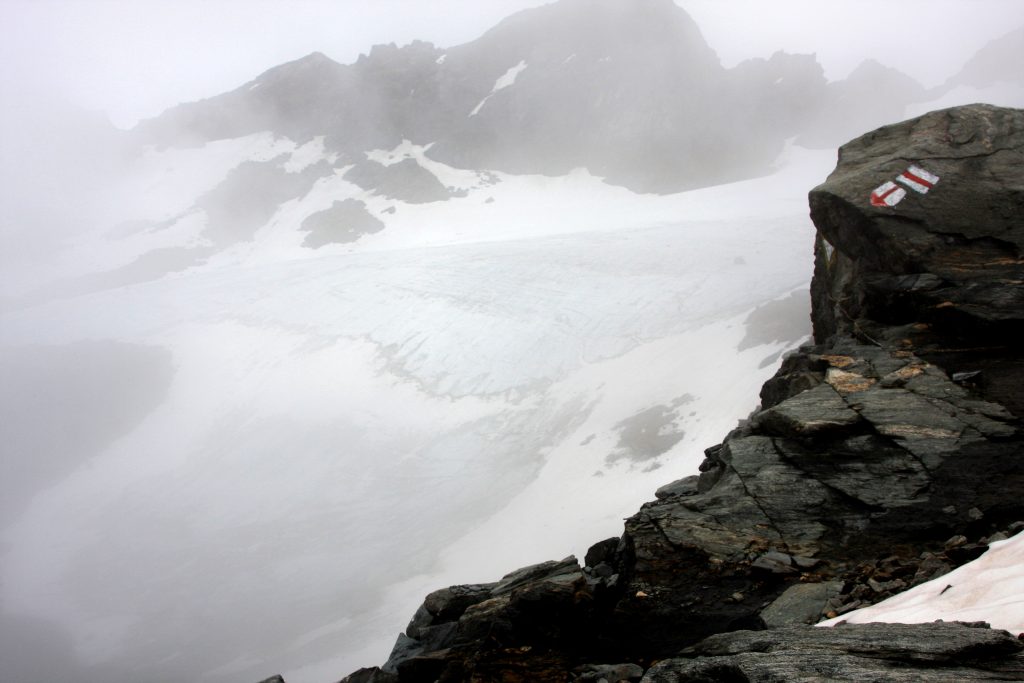