August 13: As we descended from Col de Prafleuri, the fog and clouds dissipated, the sun began to shine and we had a terrific view of the large rugged basin below and of the glacier topped high peaks beyond, dominated by Mont Blanc de Cheilon. We descended steeply from the pass and I took my time to take photos and admire the views. Down in the basin we spotted several Ibex grazing in the meadows. The Cabane de Profleuri was on a high knoll. The mountain hut is privately run and because of its location in the center of a very remote section of the Haut Route, trekkers have to use that hut. The people who ran it were not a welcoming as those in our other accommodations, and the food was not as good. Cabane de Profleuri was our least favorite accommodation, but it had been a very challenging, interesting and rewarding day. 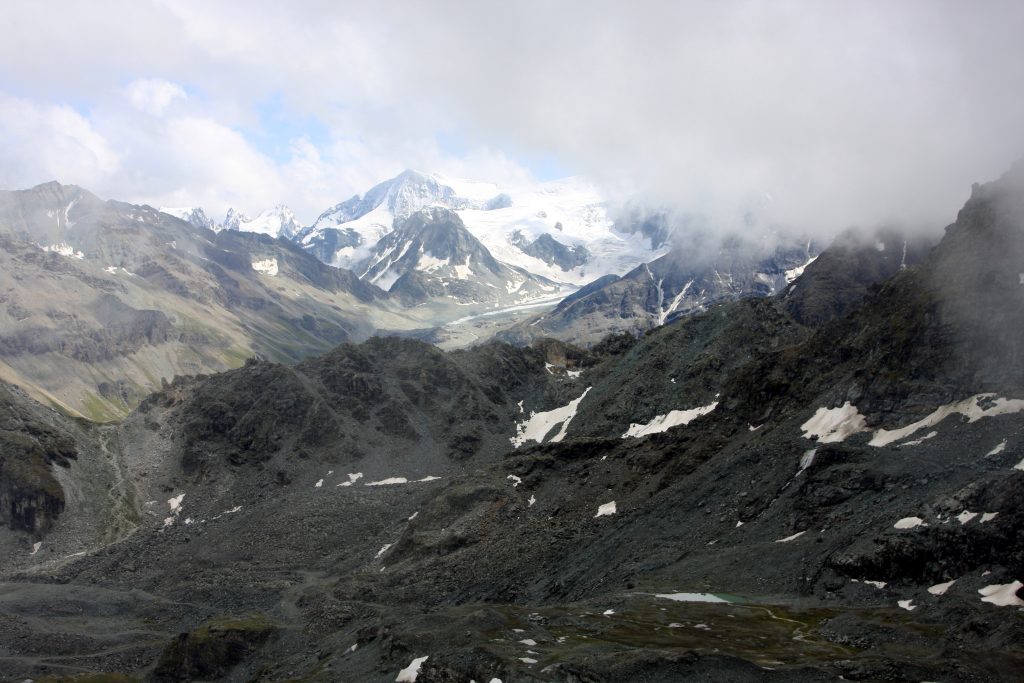 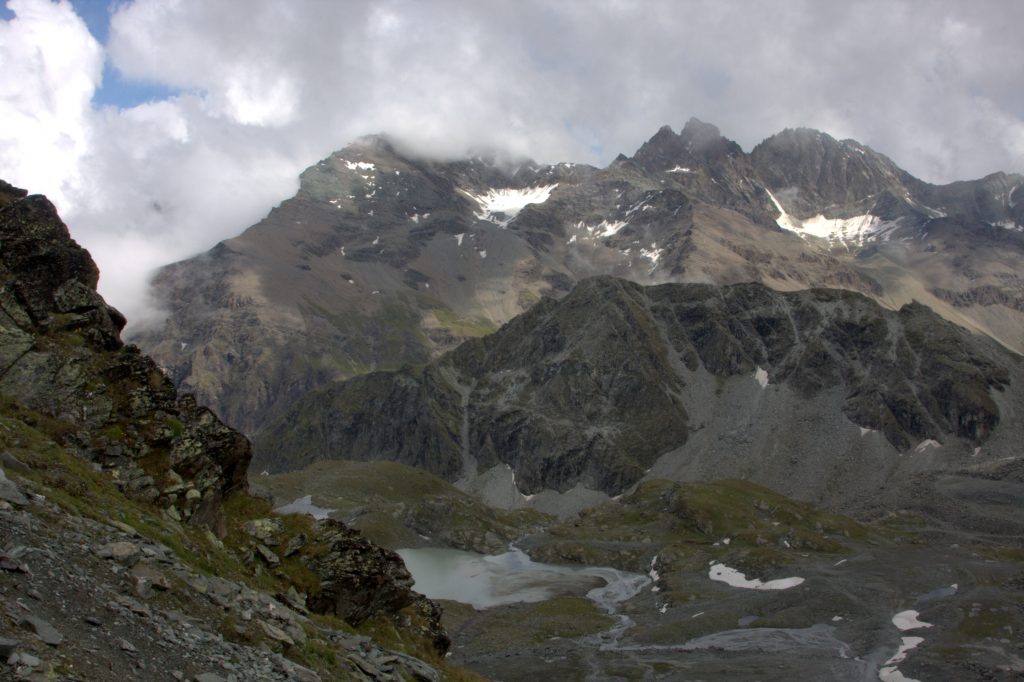 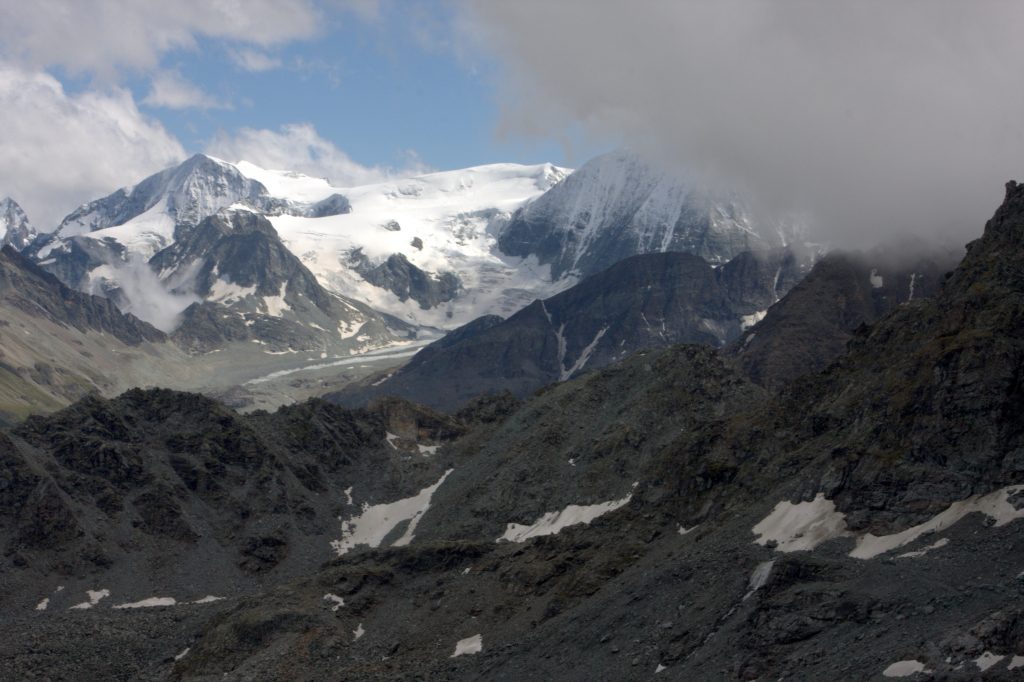 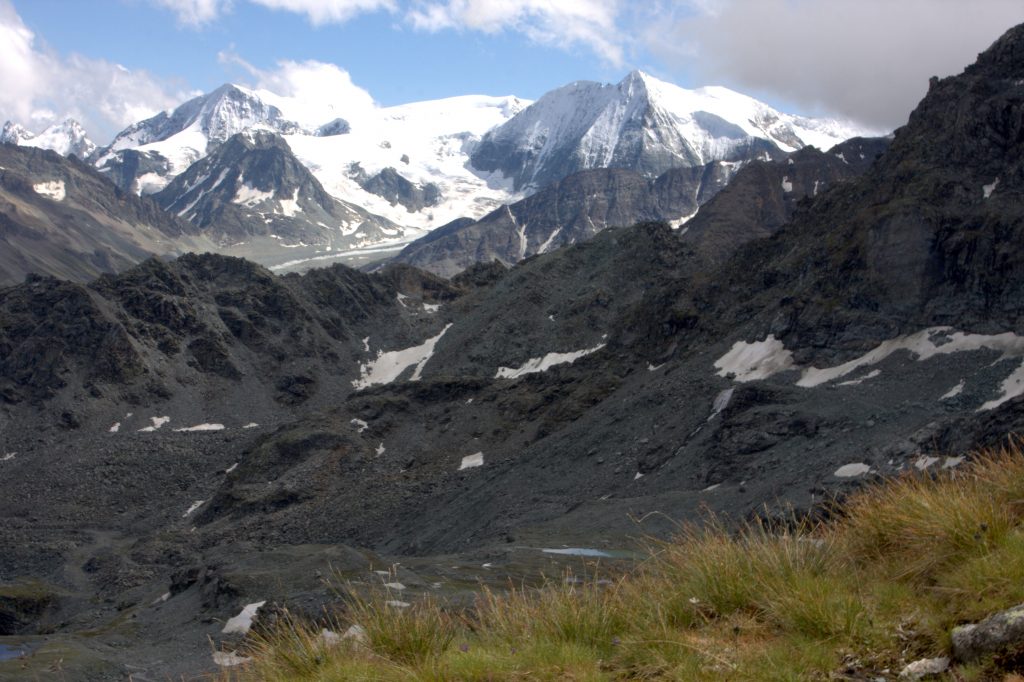 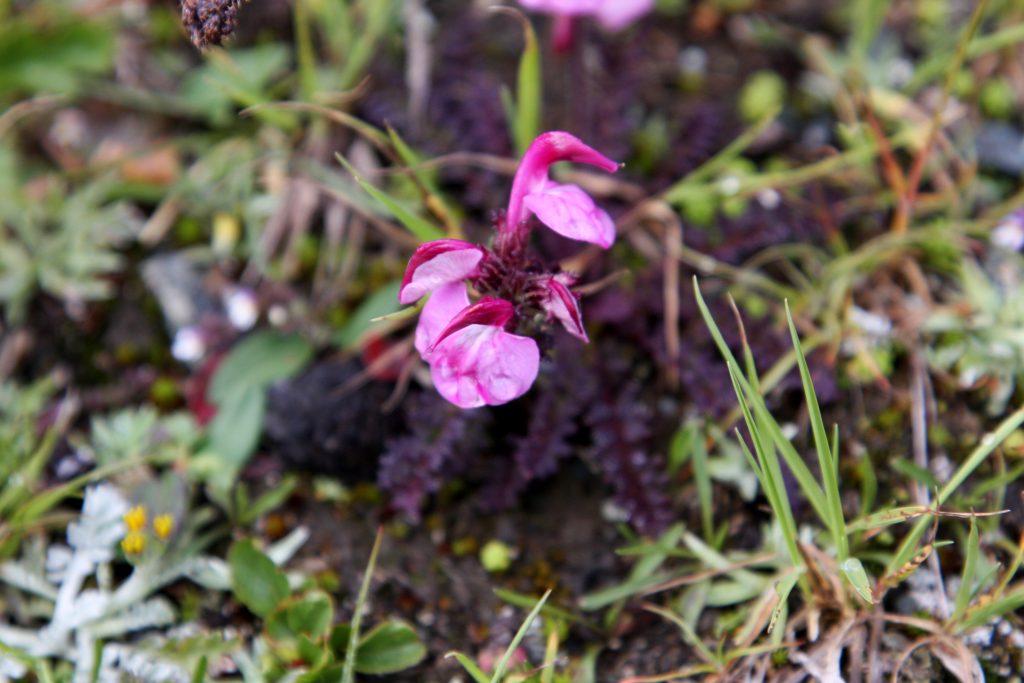 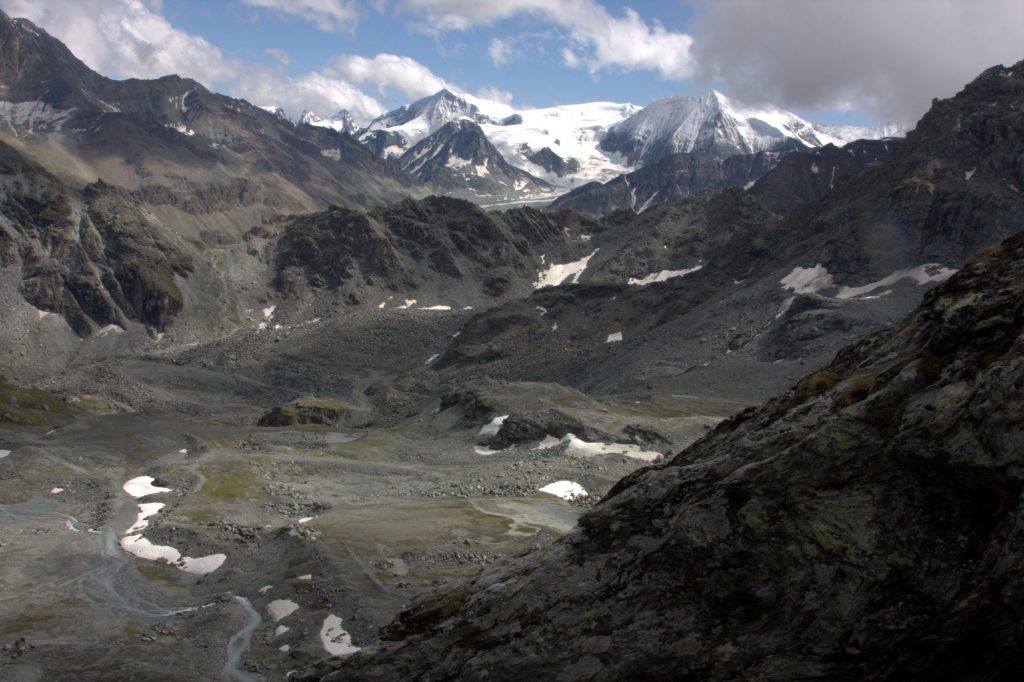 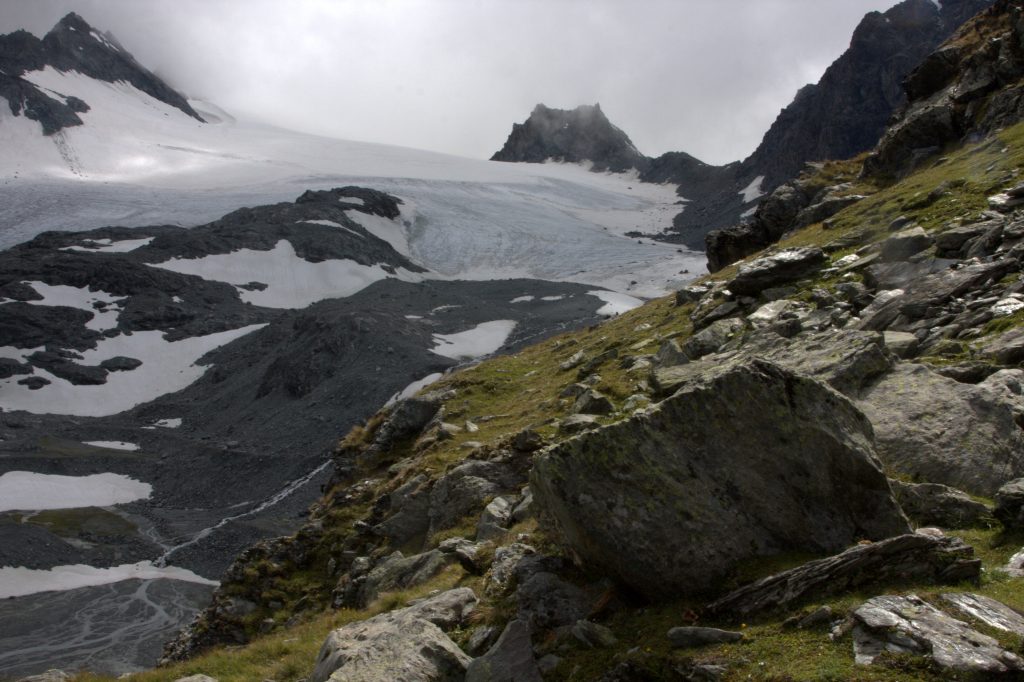 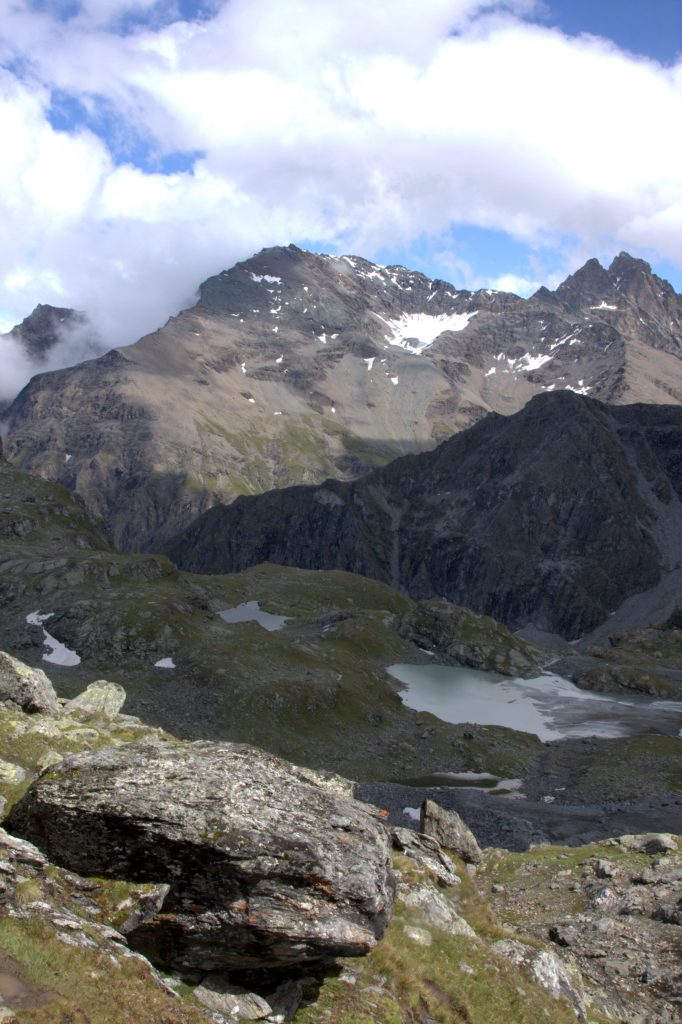 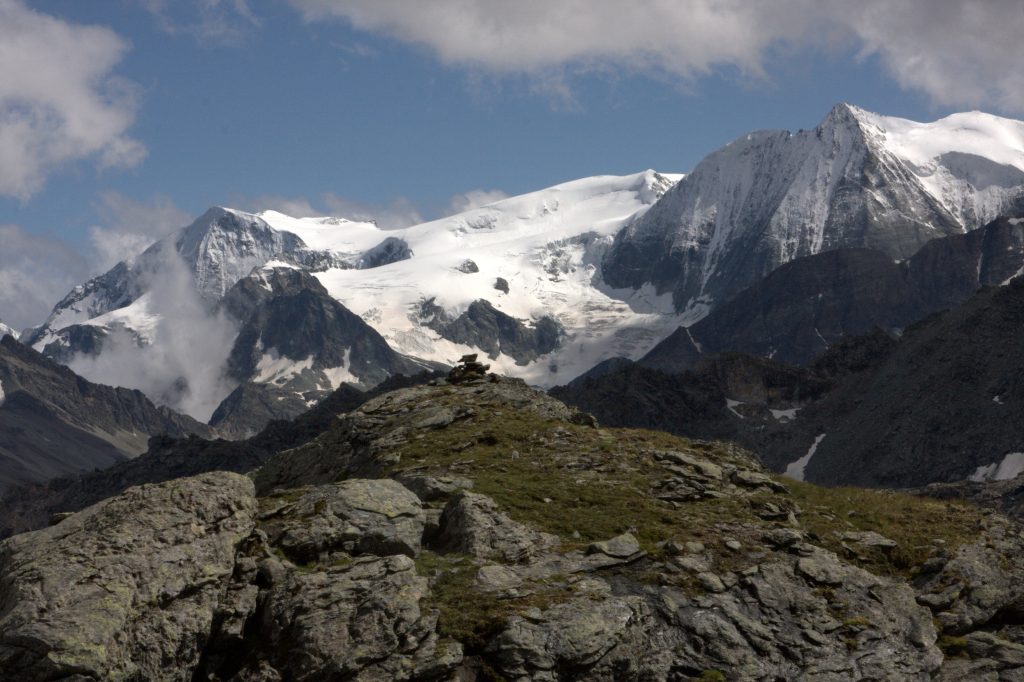 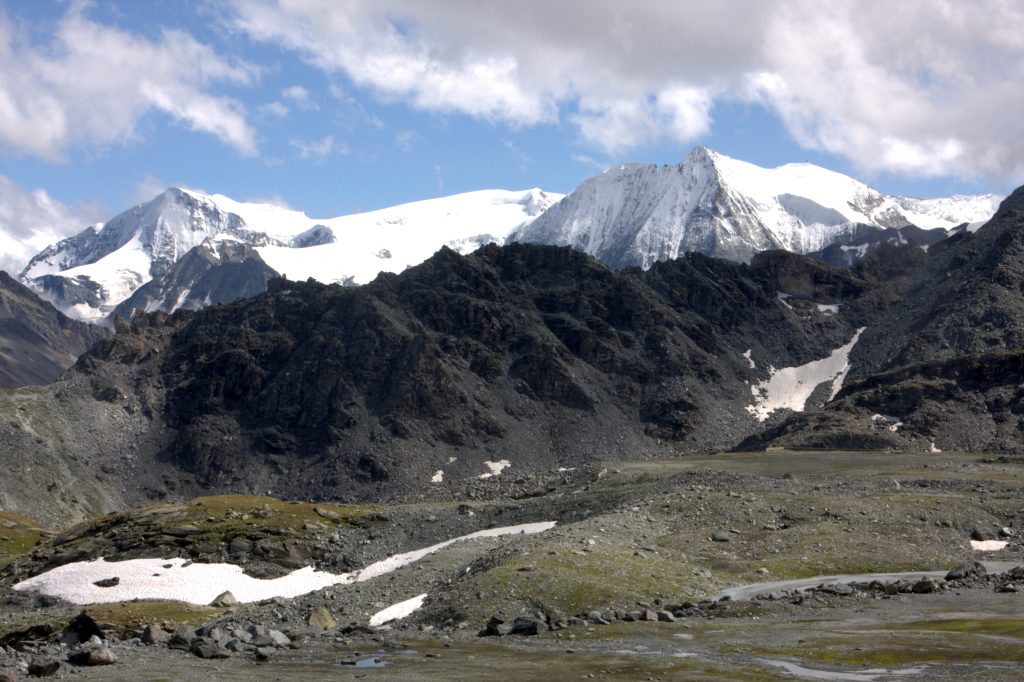 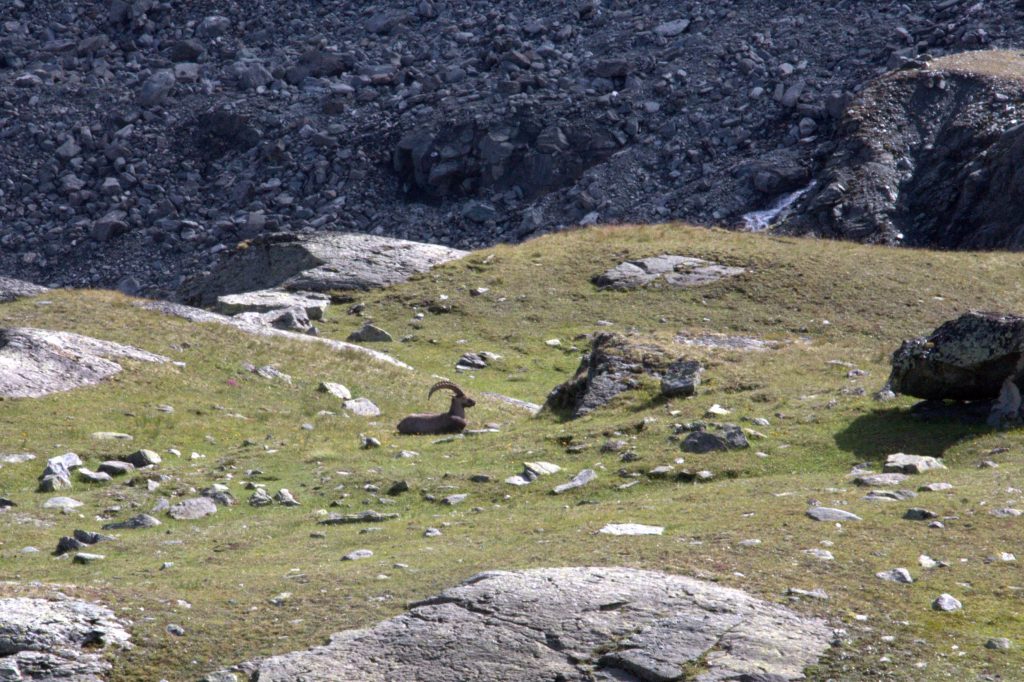 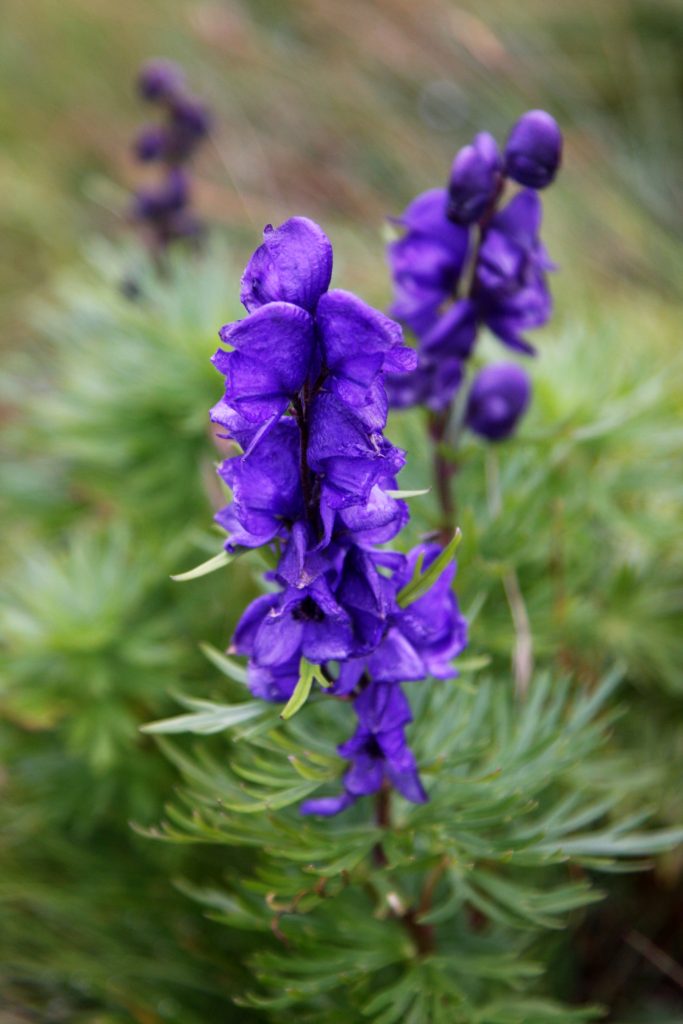 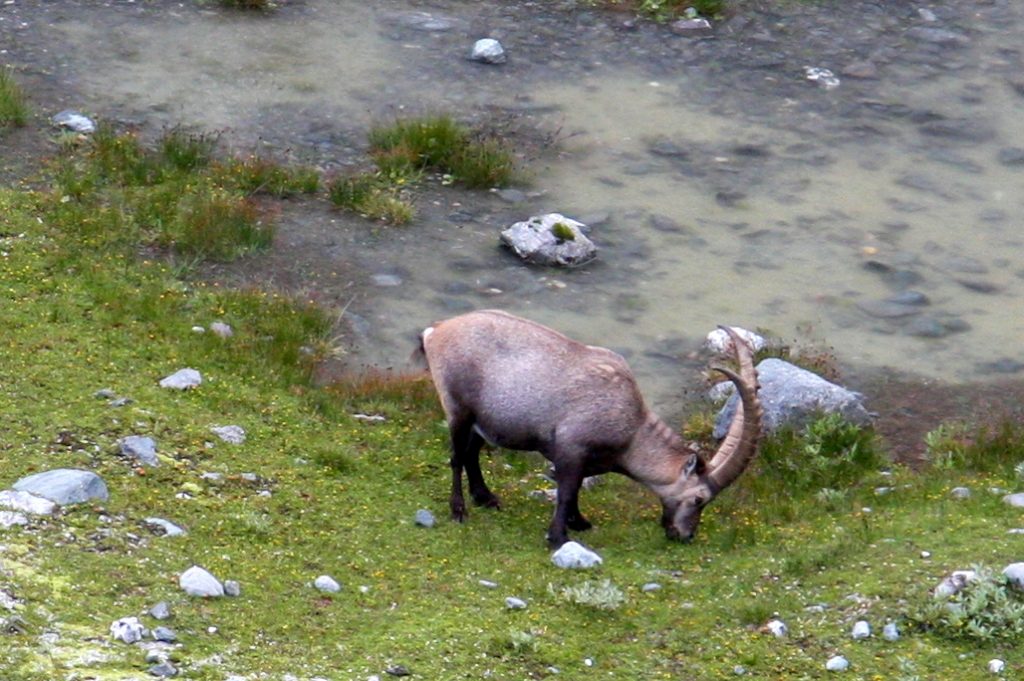 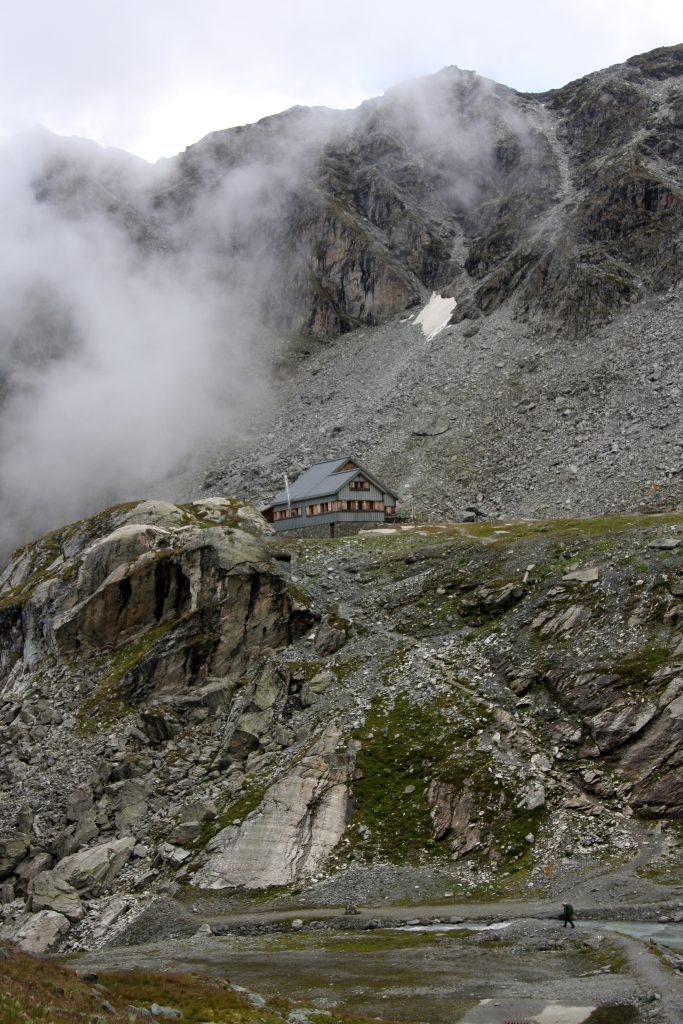