The following day, I drove back north towards Auckland with the beach village of Piha as my final destination.  On the way, I stopped in Rotorua, a small city on a large lake.  I parked at the visitors center to get directions and immediately noted that the town smelled like sulpher.  I started my tour by walking to the city park which had smoking and steaming ponds, fumaroles, and a mud pot. I walked down to the lake front to see a small Maori center and meeting house which turned out to be closed.  Smoke rose from an inlet on the lake and from ditches and holes in the street pavement.

I next drove to Whakarewarewa, a living Maori village.  After another cultural performance, we were given a tour of the village by an educated Maori woman who had grown up in the village. She told us the real, long name of the village, Te Whakarewarewatanga O Te Ope Taua a Wahiao, which told the story of a warrior chief who had assembled a large force at the location of the village to mount a revenge assault. The woman told us she had her own long name, but she also told us she had Welch ancestors.  Apparently purely descended Maori people are rare.  Cooking and bathing in the village all involved geothermal energy.  Holes with grates and wooded tops served as ovens.  I ate sweet corn cooked in a steaming water.  They showed us the process and structures used for hot, mineral baths.  There was an impressive geyser next to the village.  I admired the impressively carved meeting house.  The meeting house was modeled after the body of a primary ancestor whose head was at the peak of the front façade.  Other carvings told the stories of other ancestors. 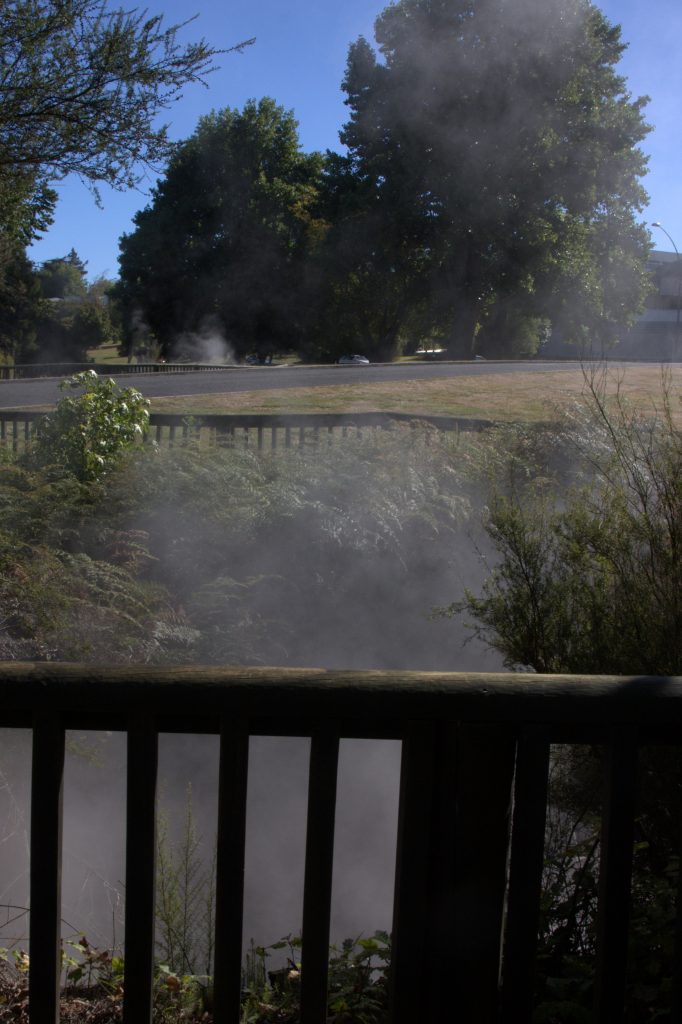 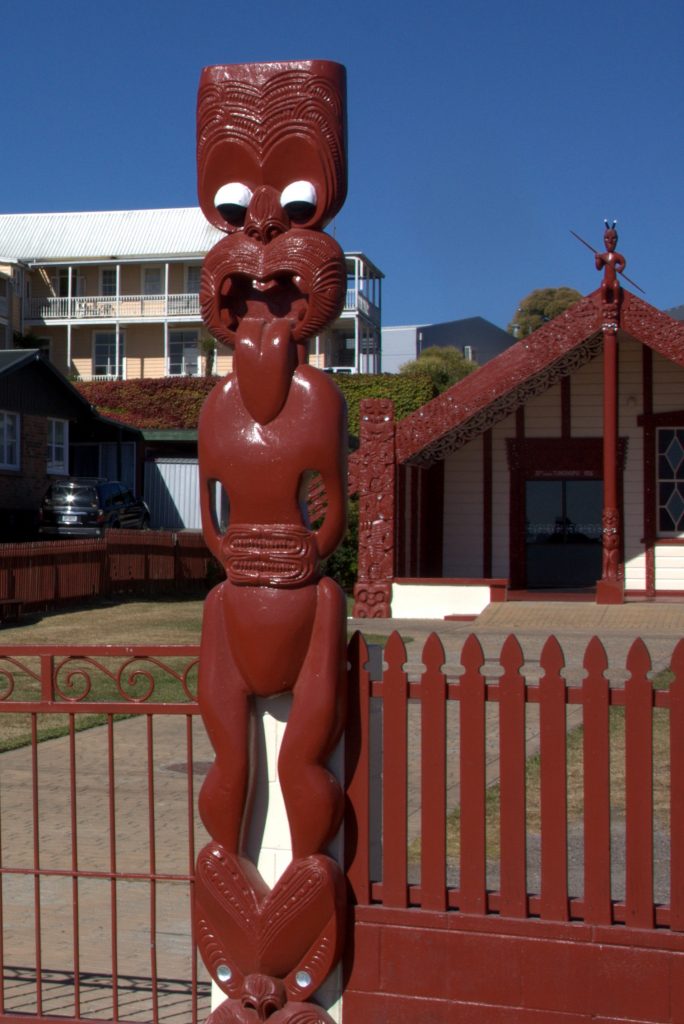 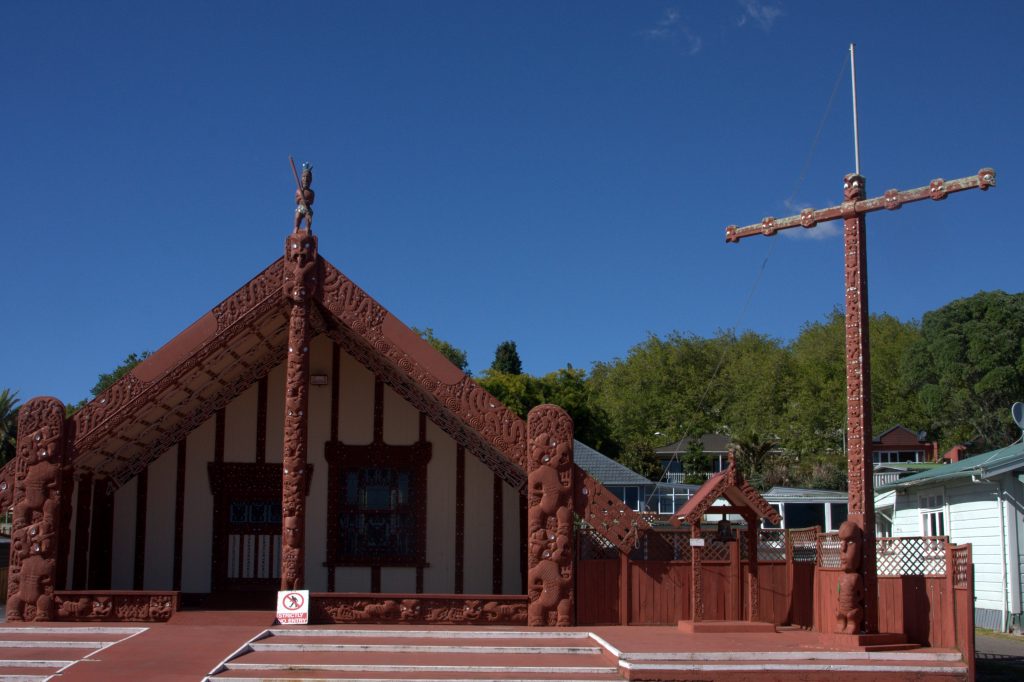 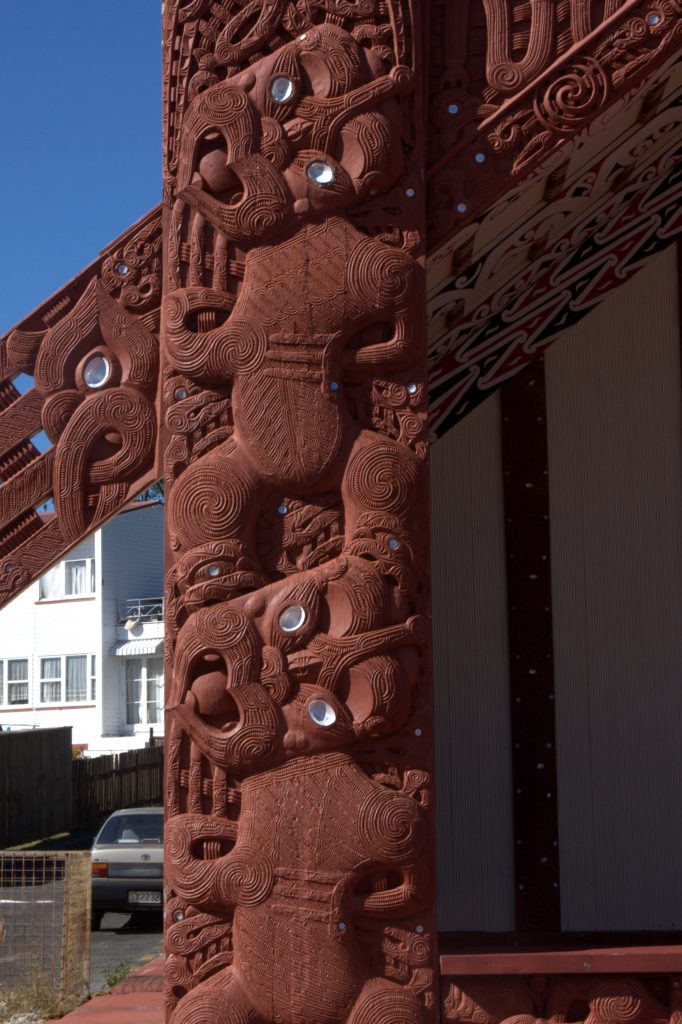 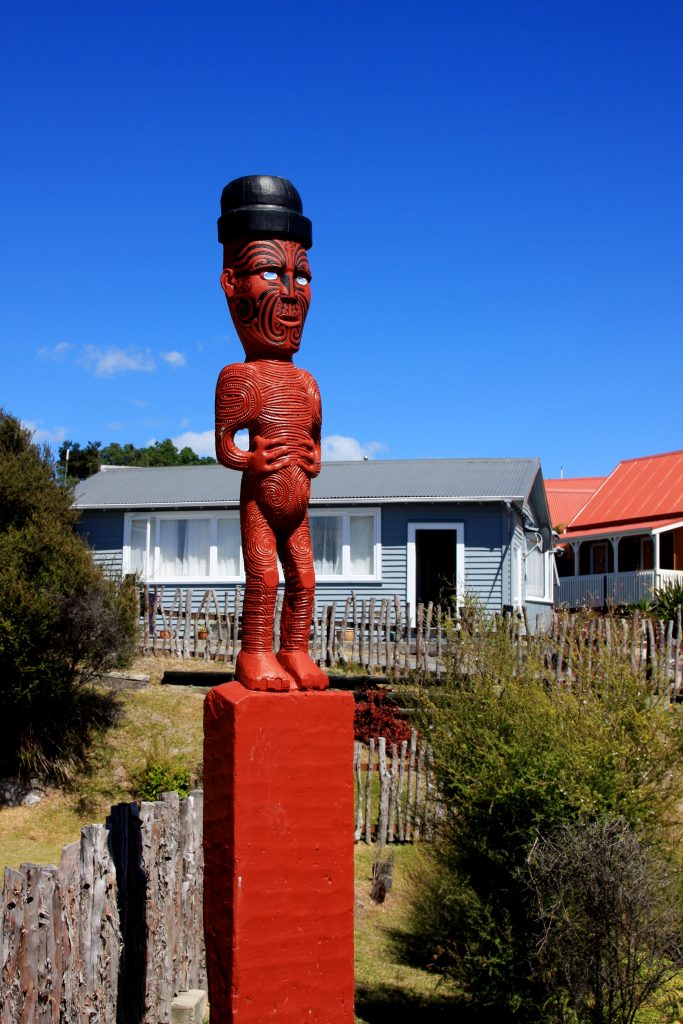 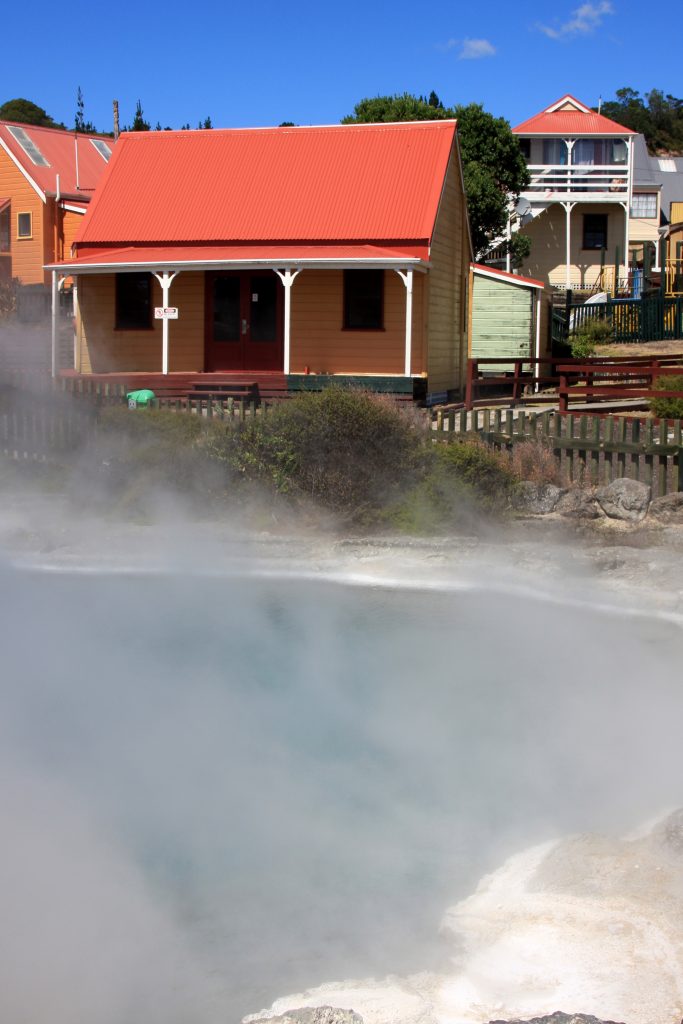 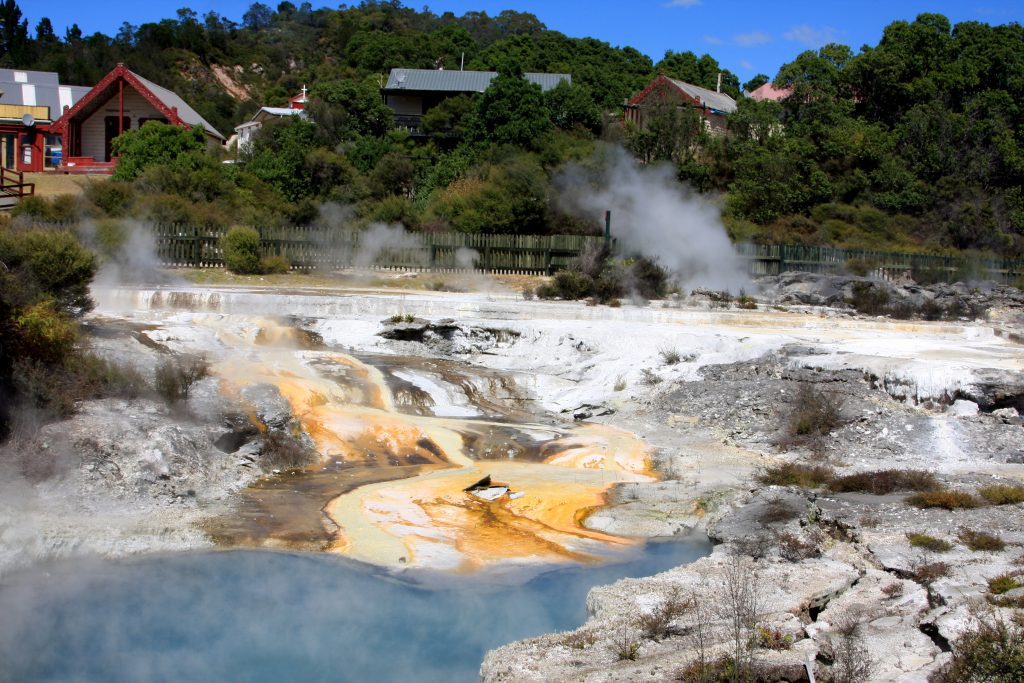 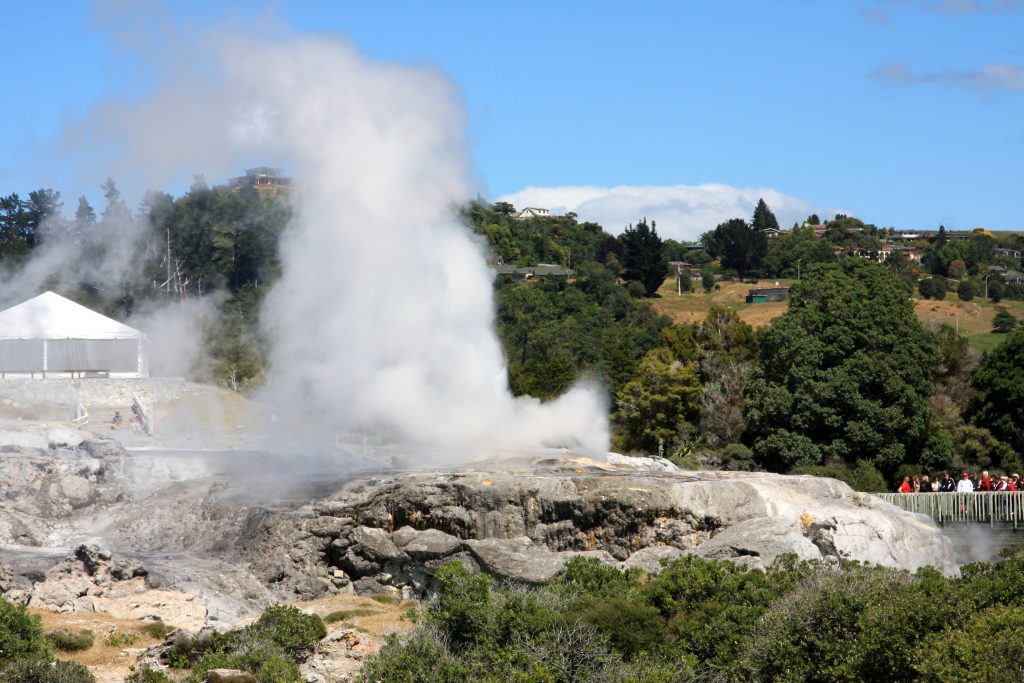 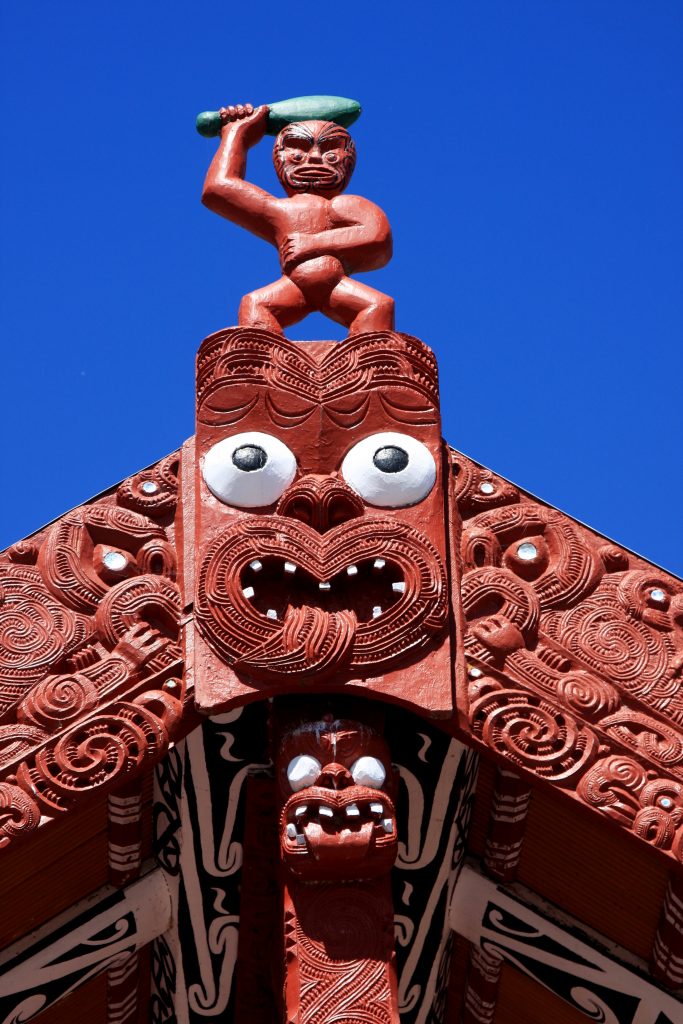