The second day, we had a 7 mile hike nearly completely above tree line with clear, blue skies.  Early in the morning, we hiked above tree line through the basin of the Left Branch of the Route Burn and up to Harris Lake and Harris Saddle where there was a small shelter.  From the saddle, we climbed Conical Hill to the high point of our South Island treks at 5,040 feet, where there were 360 degree views of the surrounding Mountain Ranges and of the Hollyford River valley out to the Tasman Sea. From there, the Routeburn Track followed the high ridge on a route of ledges for several miles, continuing the spectacular views. Near the end of the hike, we descended through a beautiful forest where the Beech trees and large boulders were all covered in moss. We descended under dramatically shaped Emily Peak to Lake Mackensie and the Mackensie hut. 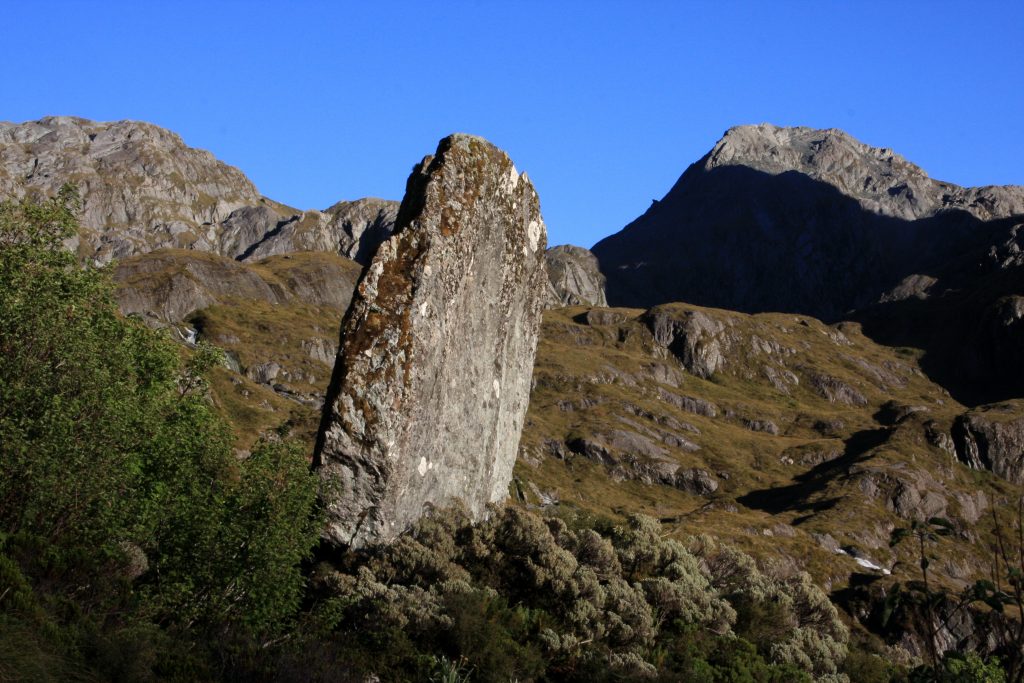 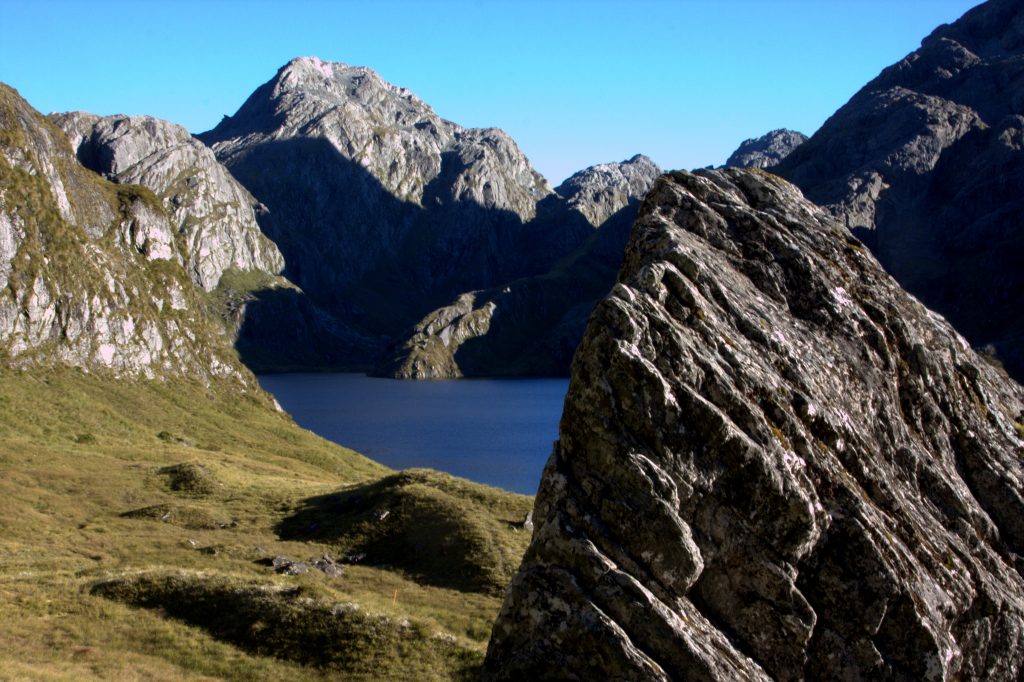 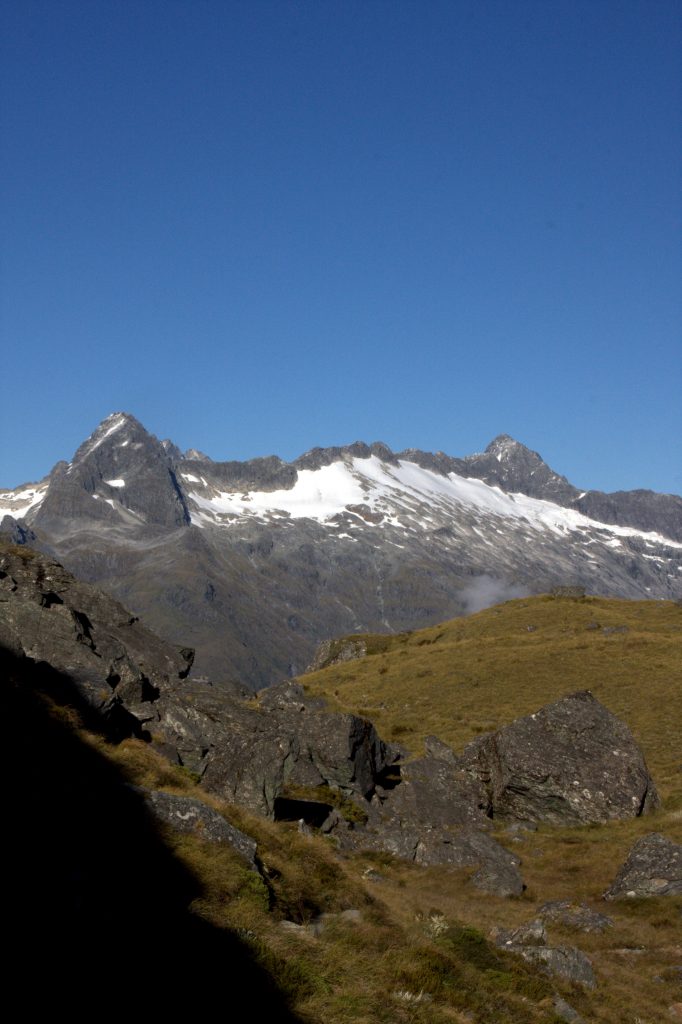 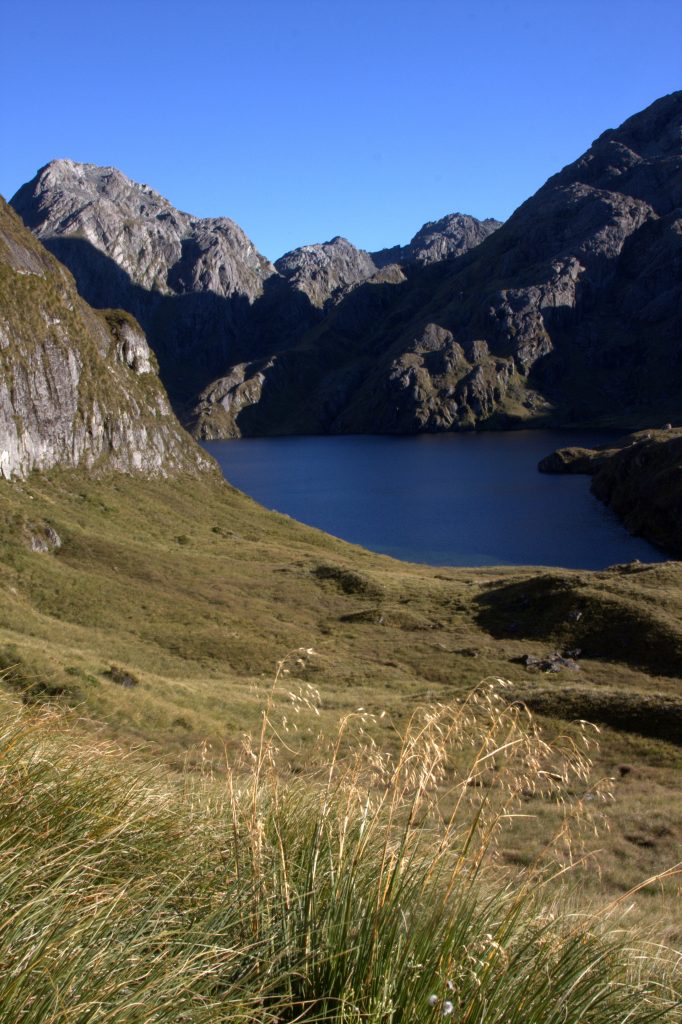 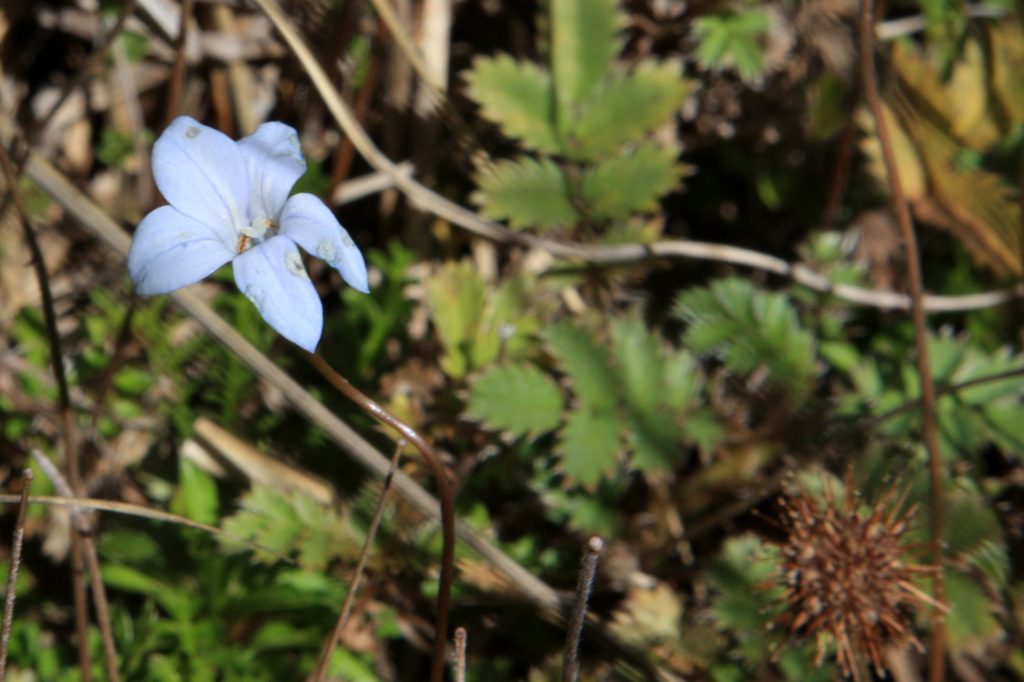 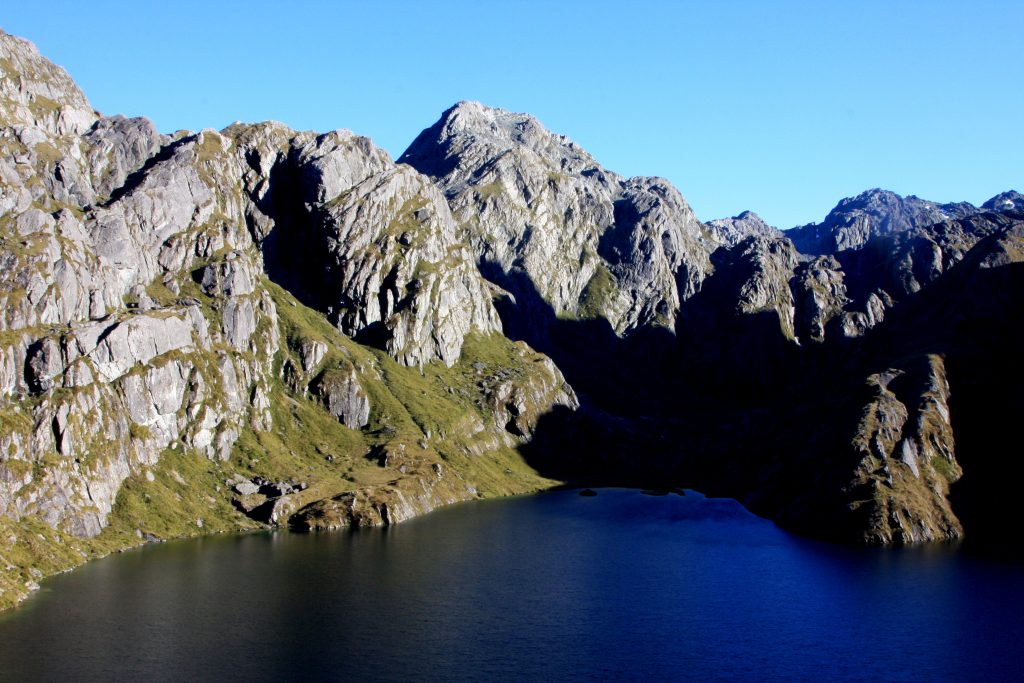 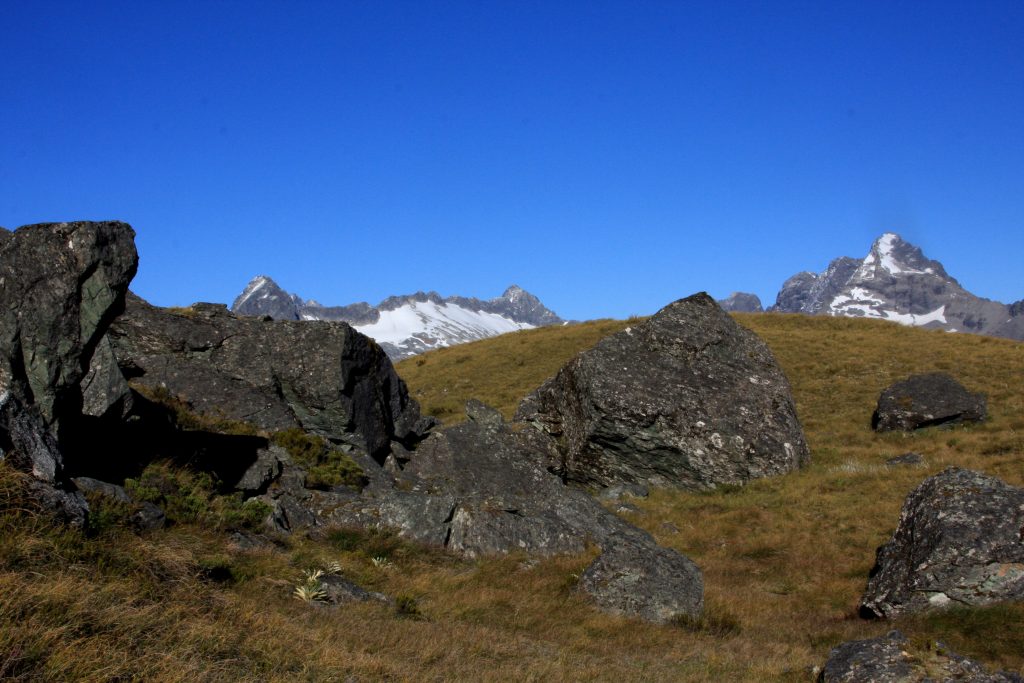 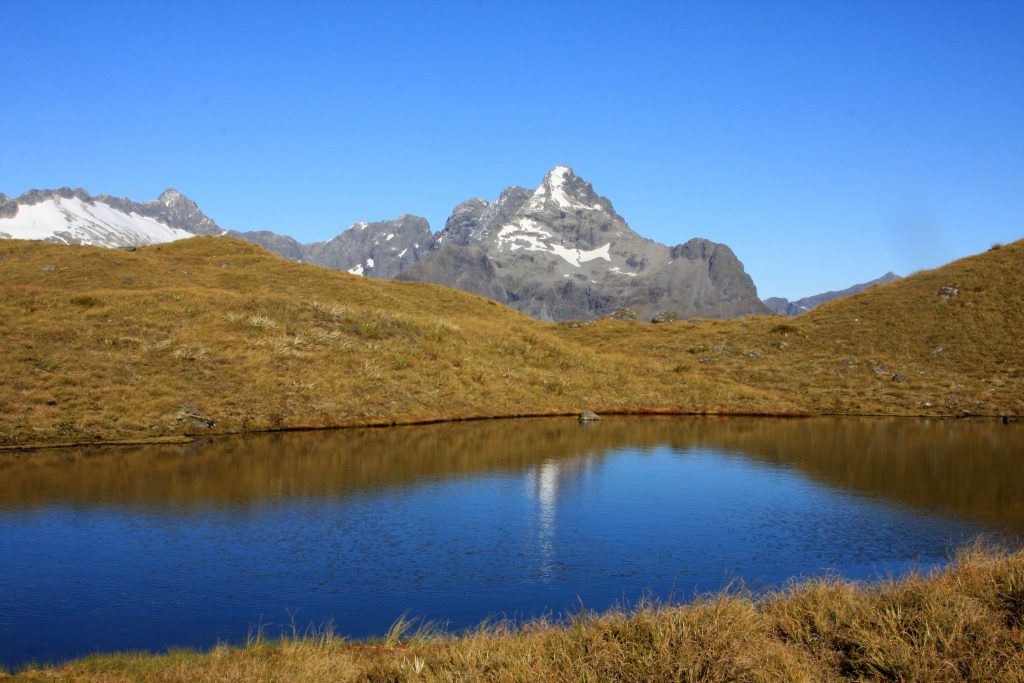 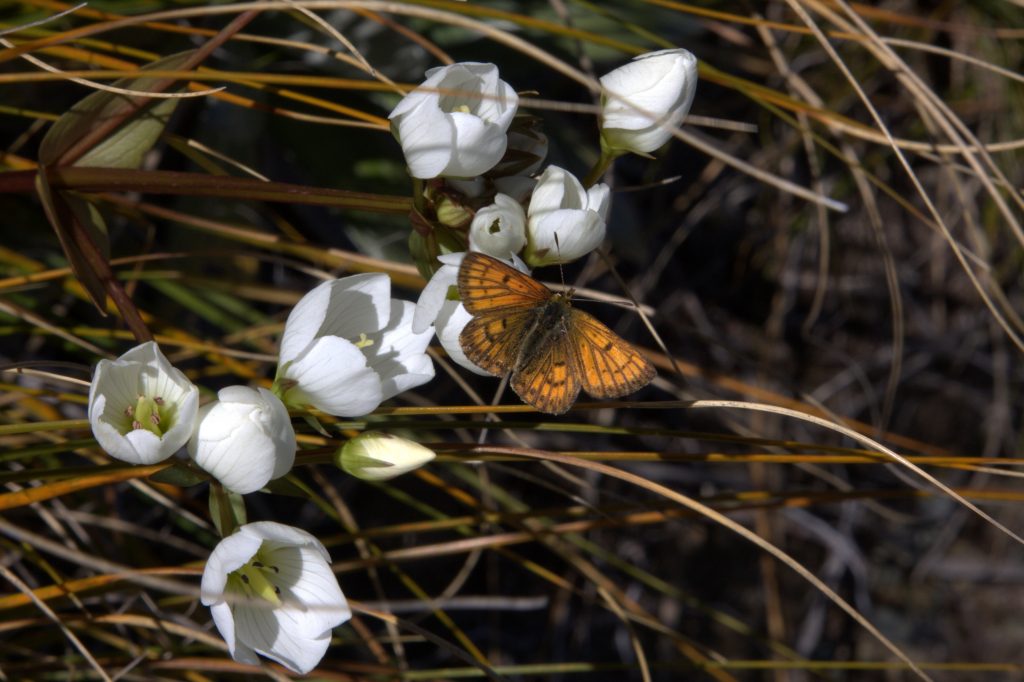 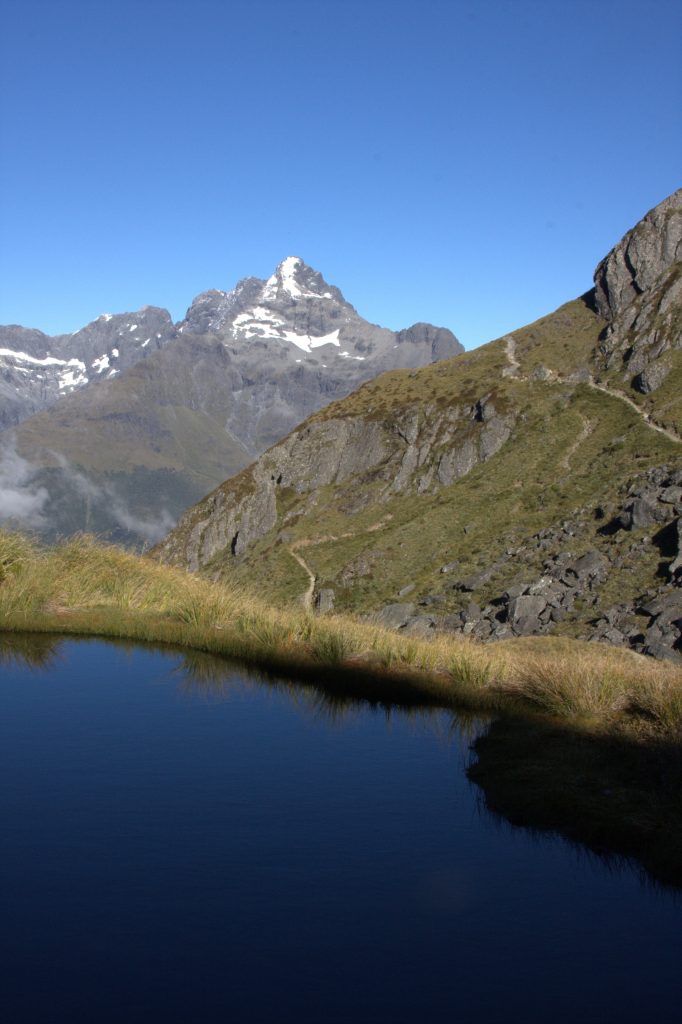 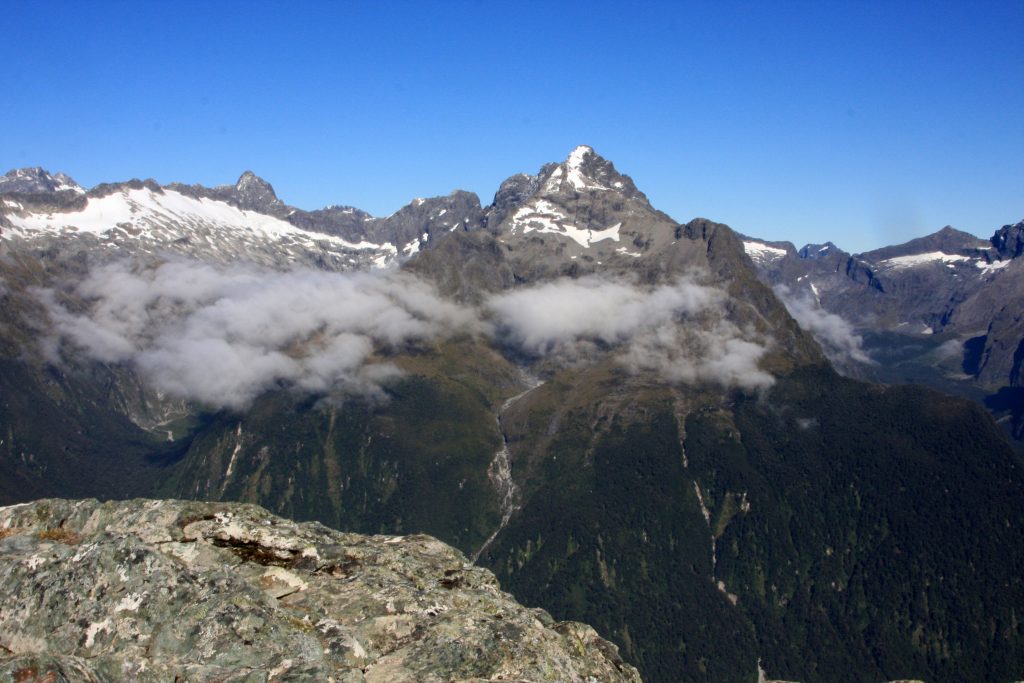 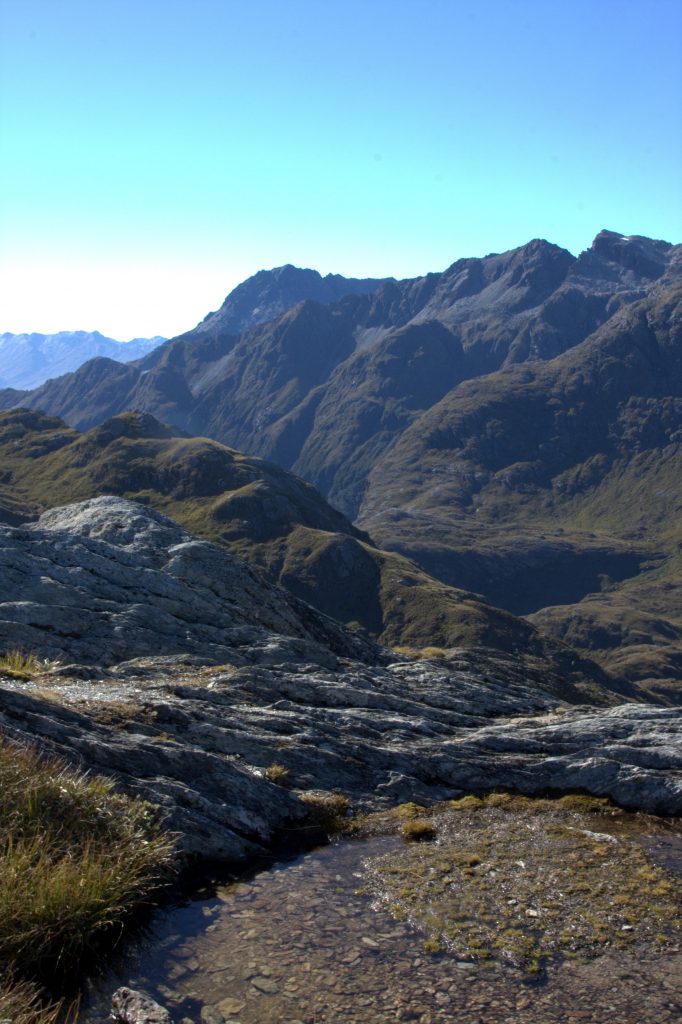 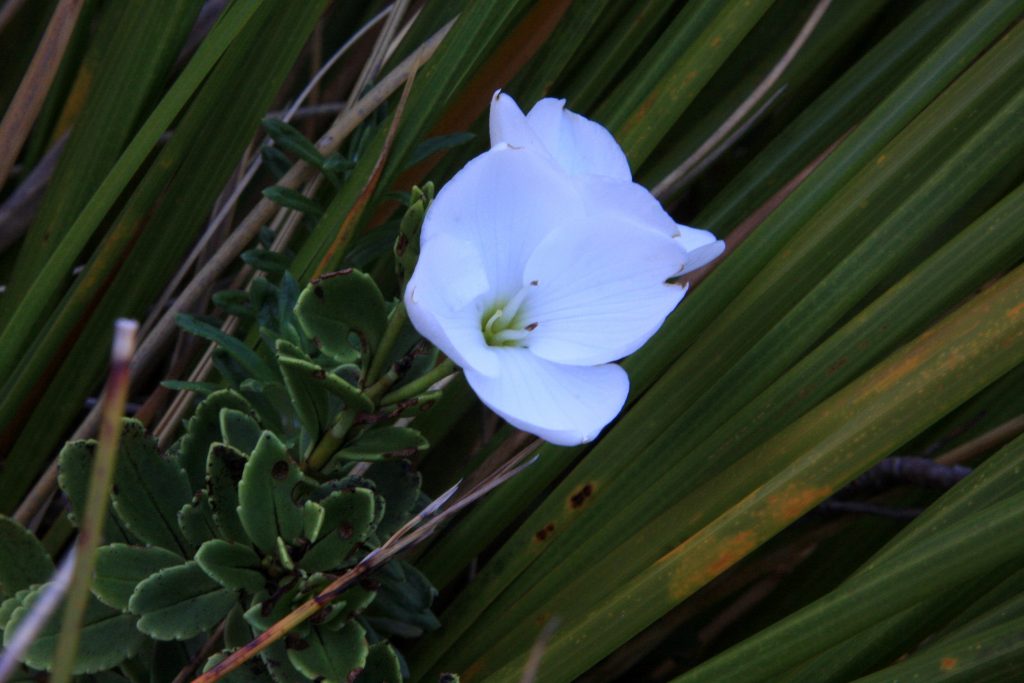 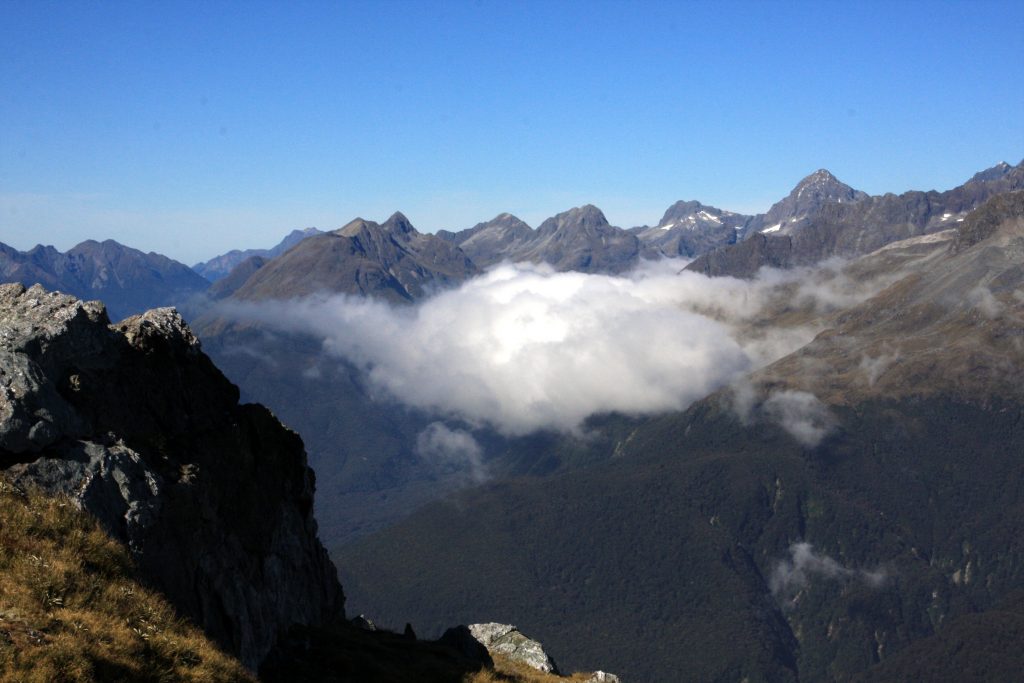 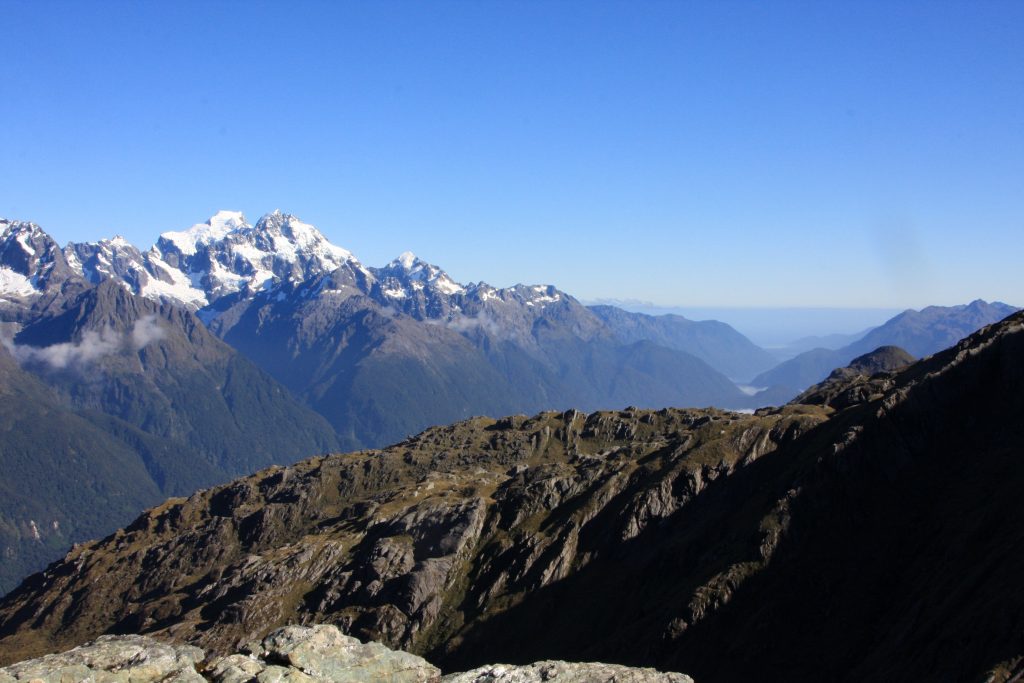 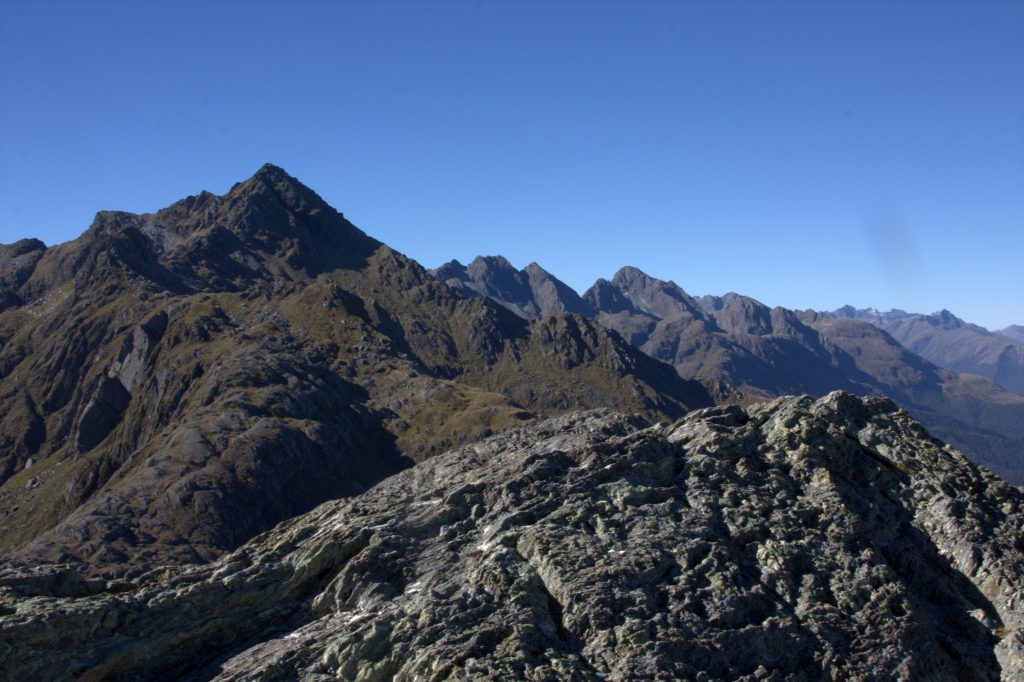 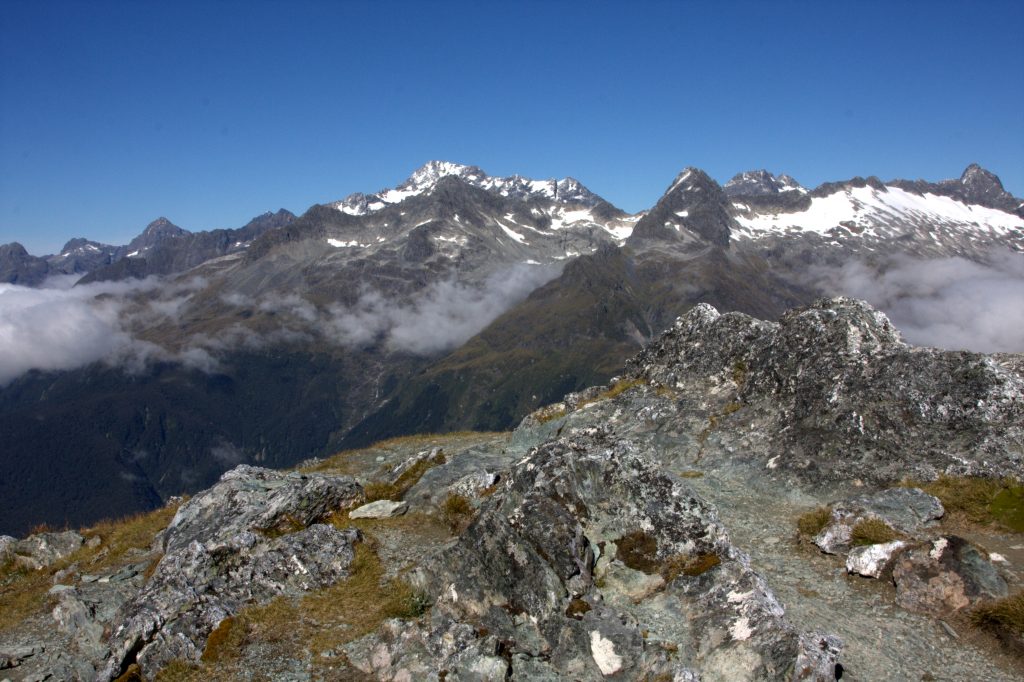 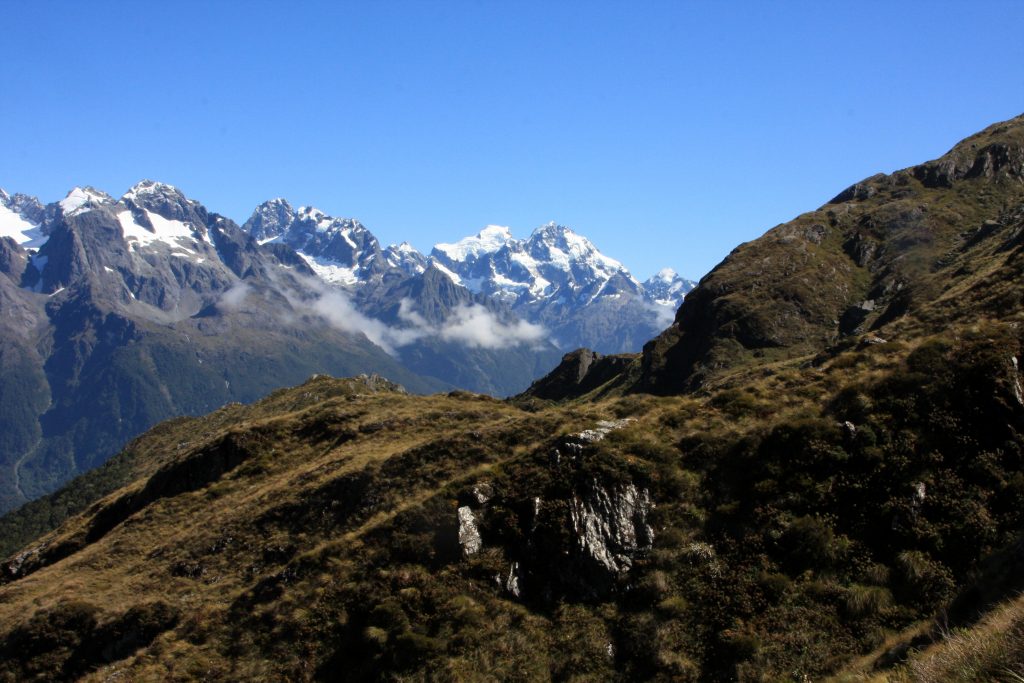 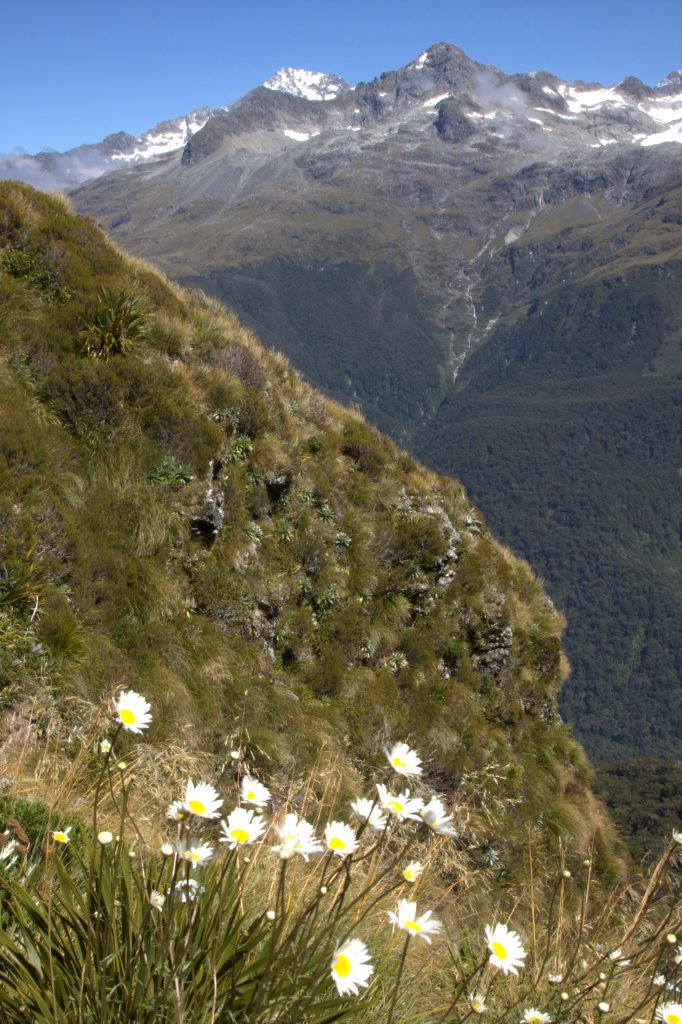 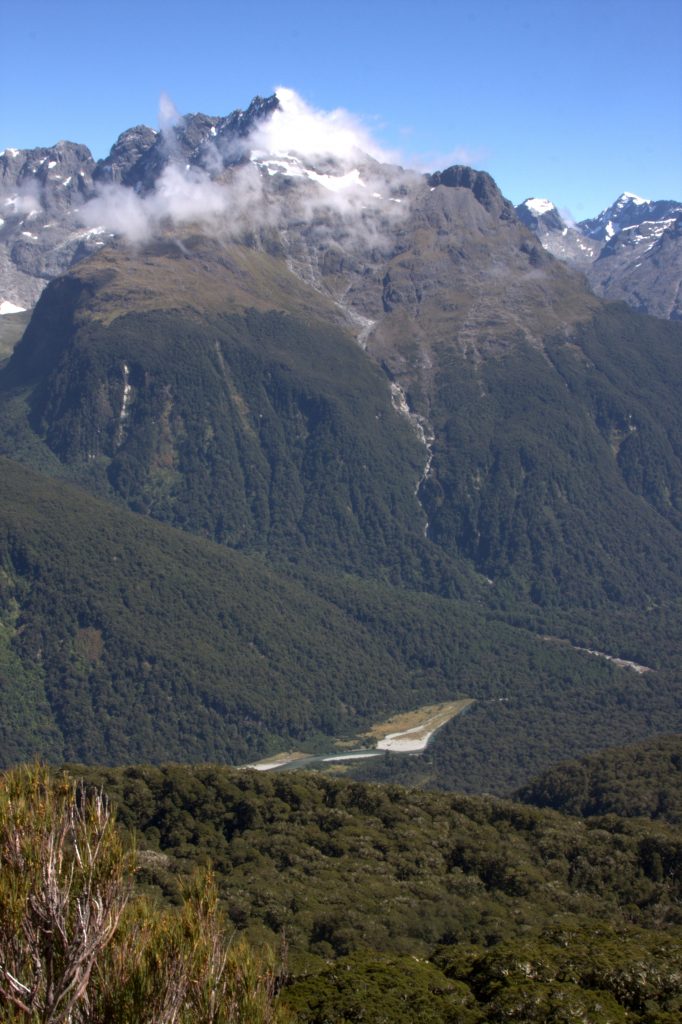 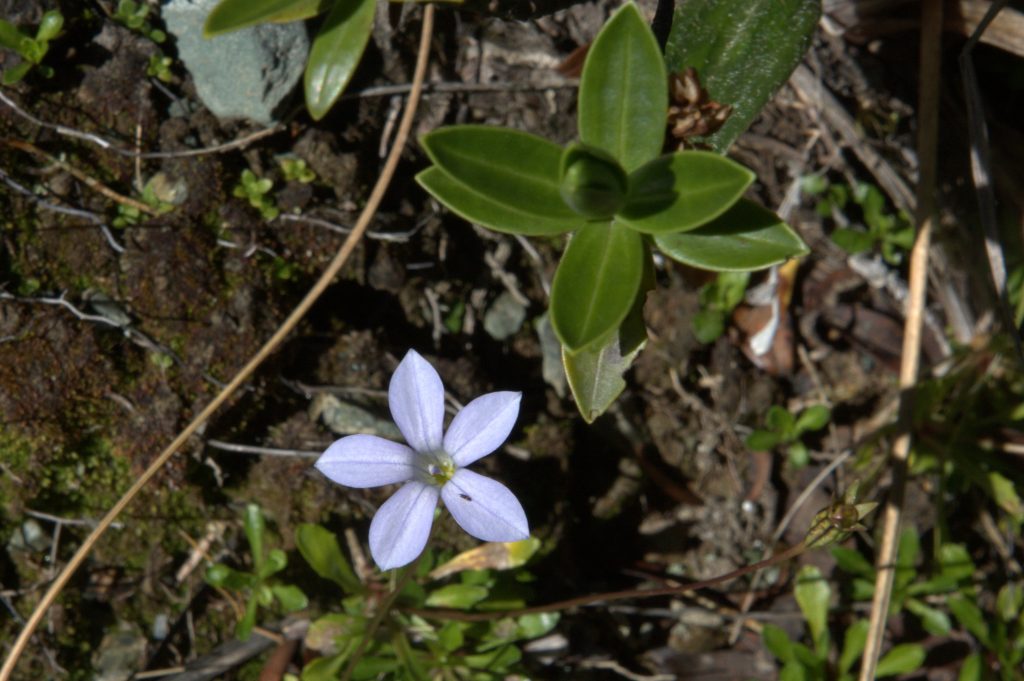 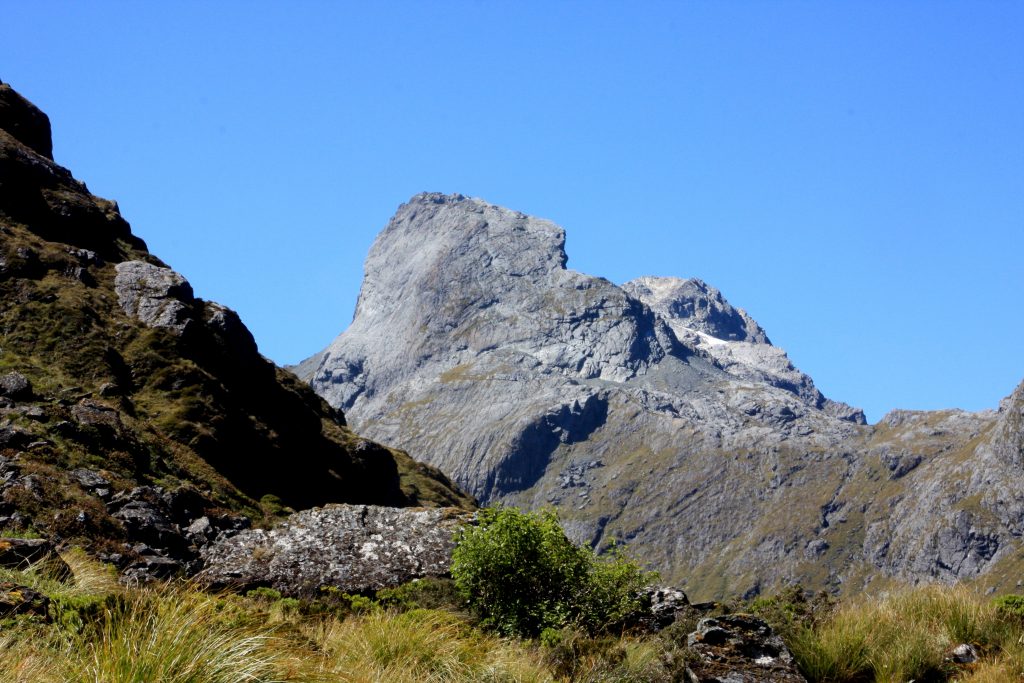 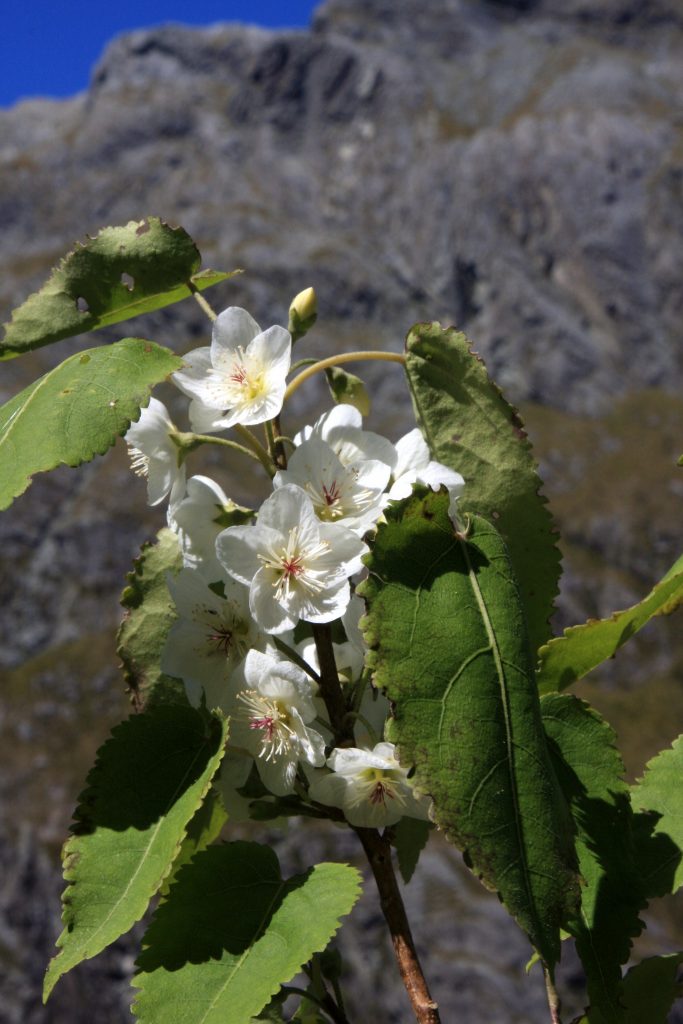 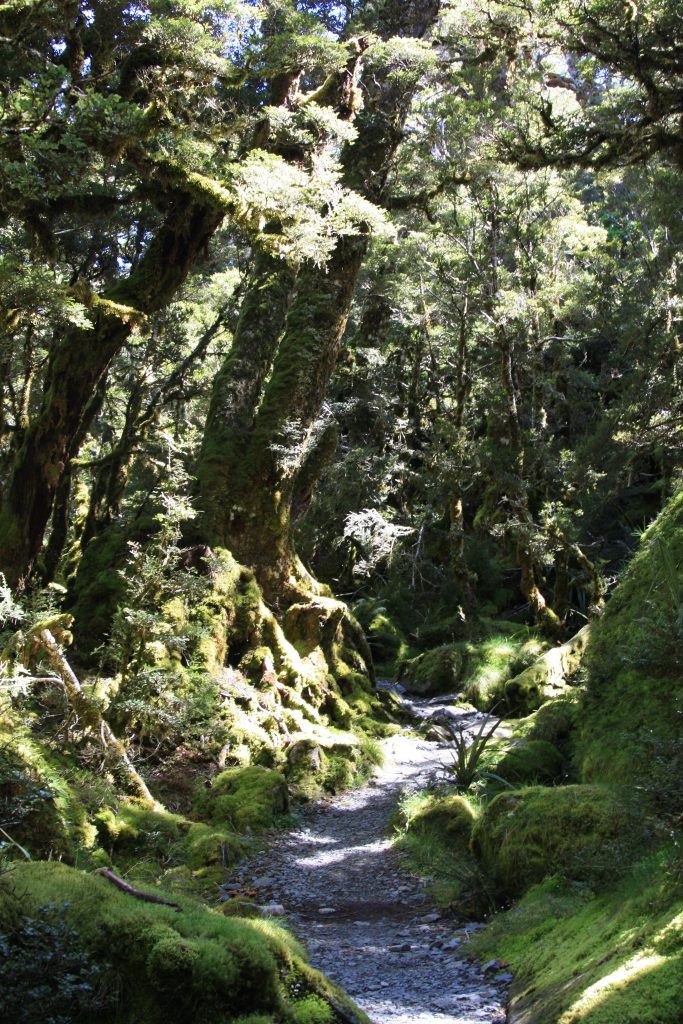