On the second day, we had to hike over ten miles and 1,200 feet of elevation gain to the Mintaro Hut.  We climbed up through the Beech forests and spotted various birds as we climbed, including the Fantail, the Tomtit and the New Zealand Robin.  We couldn’t see the Bellbird but could hear its beautiful song in the trees above us.  We saw a pair of Paradise Ducks and even spotted the endangered Blue Duck.  The ancient glaciers carved narrow, steep-walled valleys and sharp alpine ridges in the Fiordland terrain.  As we ascended very gradually, we could increasingly see mountains and many waterfalls running down the steep sides of the valleys.  The rainfall averages over 260 inches per year with more in some places and can rain as much as 10 inches in 24 hours.  Accordingly, the forests are lush, with moss covering many of the tree trunks.  We also passed through open, scrub country with many of the Makomako trees that grow in disturbed areas.  These open areas were the results of what locals call avalanches, which are slides of soil, trees, rocks and other debris that slide off the mountain sides when there are earthquakes, and New Zealand is very earthquake prone. There are common scars of open rock on the mountain sides with destruction below.  We crossed several large boulder fields that were the result of the avalanches.  At on there was a sign that told hikers not to stop on one of the boulder fields because of the potential for new slides.  We got used to seeing such signs all along our treks on the South Island. We stopped at two small lakes, Hidden Lake and Prairie Lake, each of which has waterfall dropping into them.  Near the end of the hike we spotted two Wekas, medium-sized flightless birds, in the undergrowth. The hiking got steeper later in the hike, and it got warmer in the afternoon.  When I got to the Mintaro Hut, I picked out a bunk and walked the short distance to Lake Mintaro and submerged myself in the icy water.  It felt so good, I did it again. 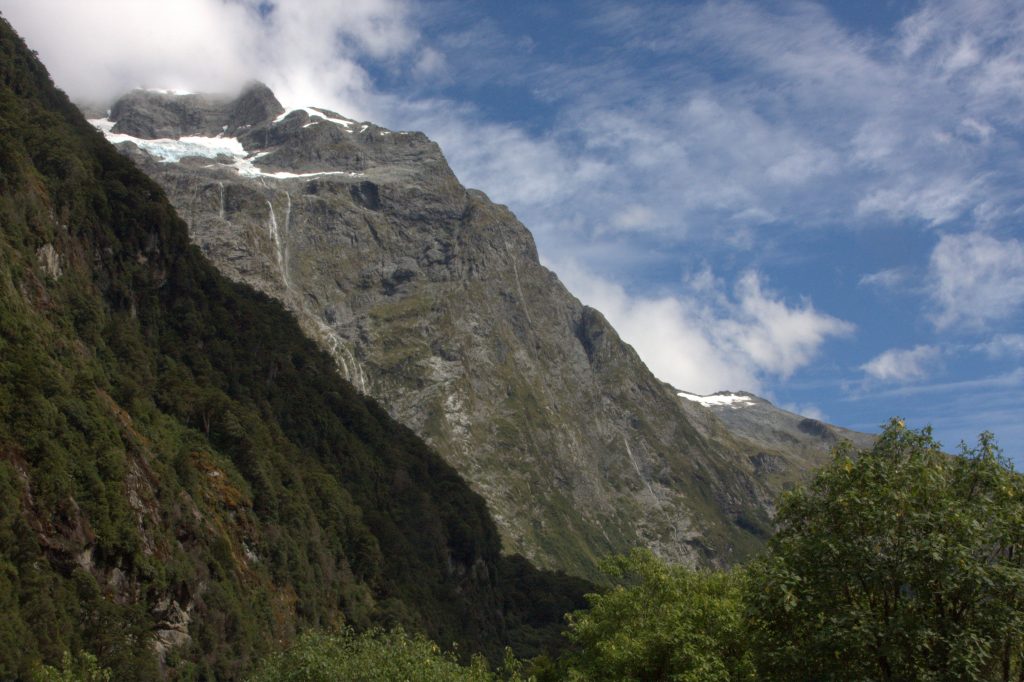 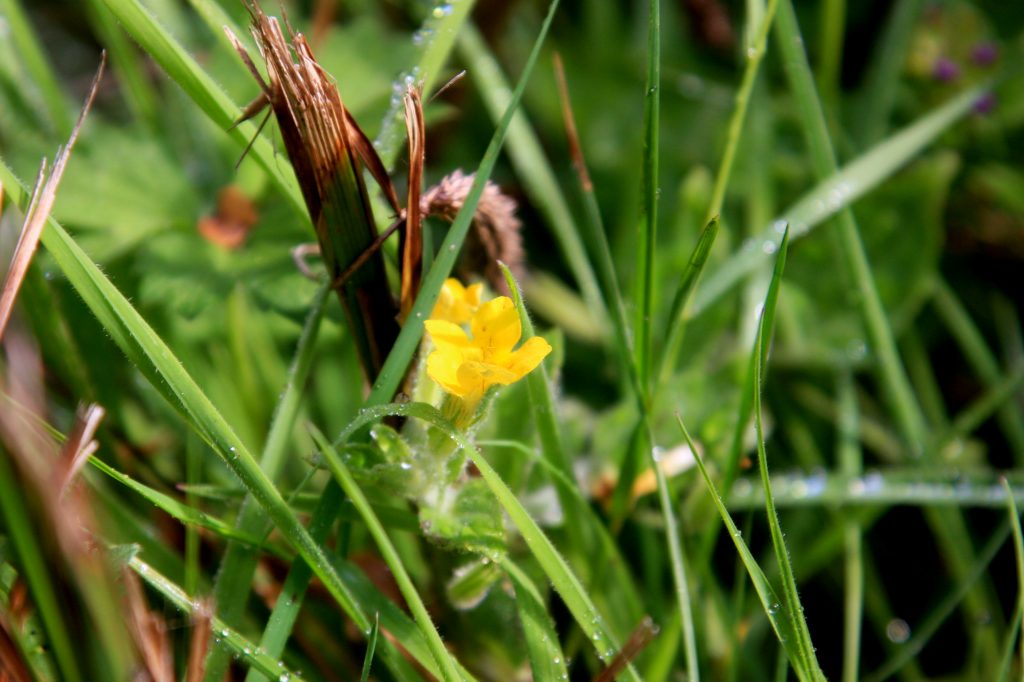 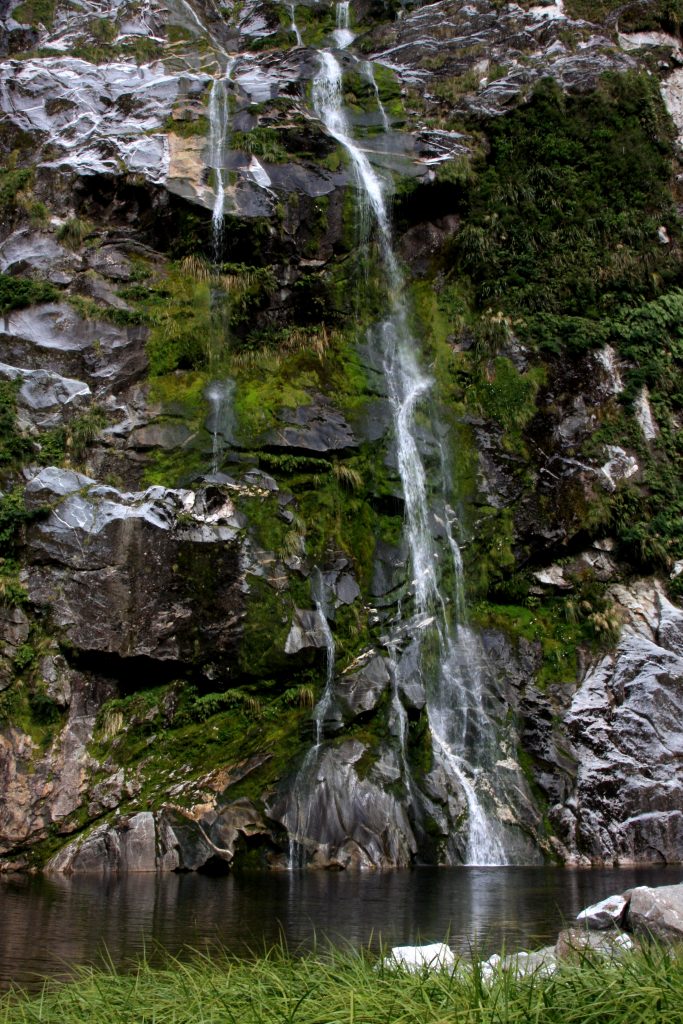 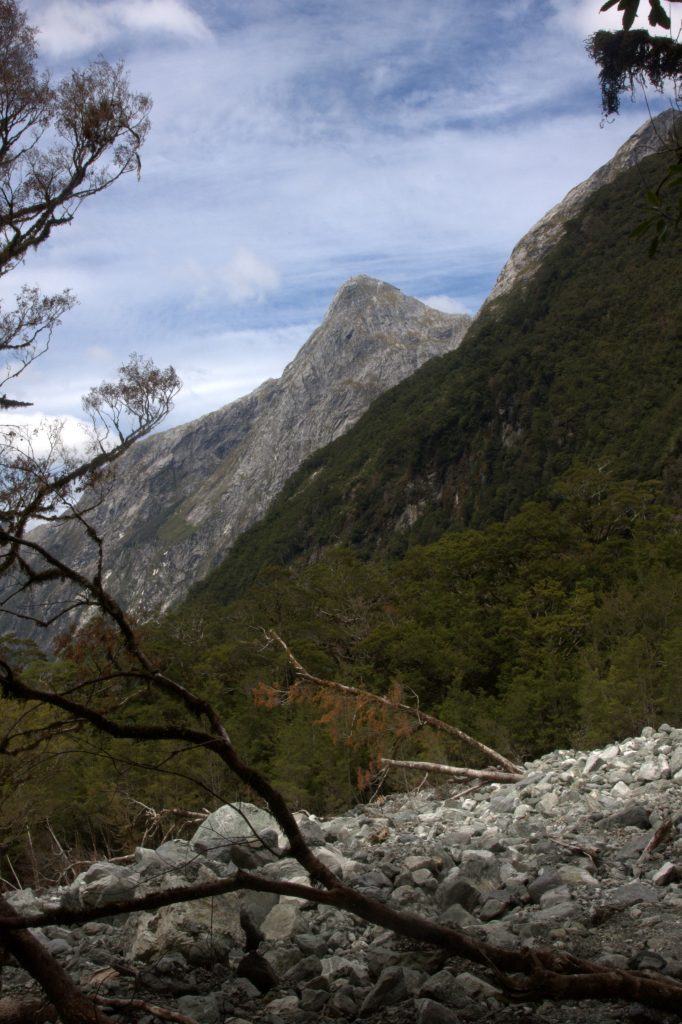 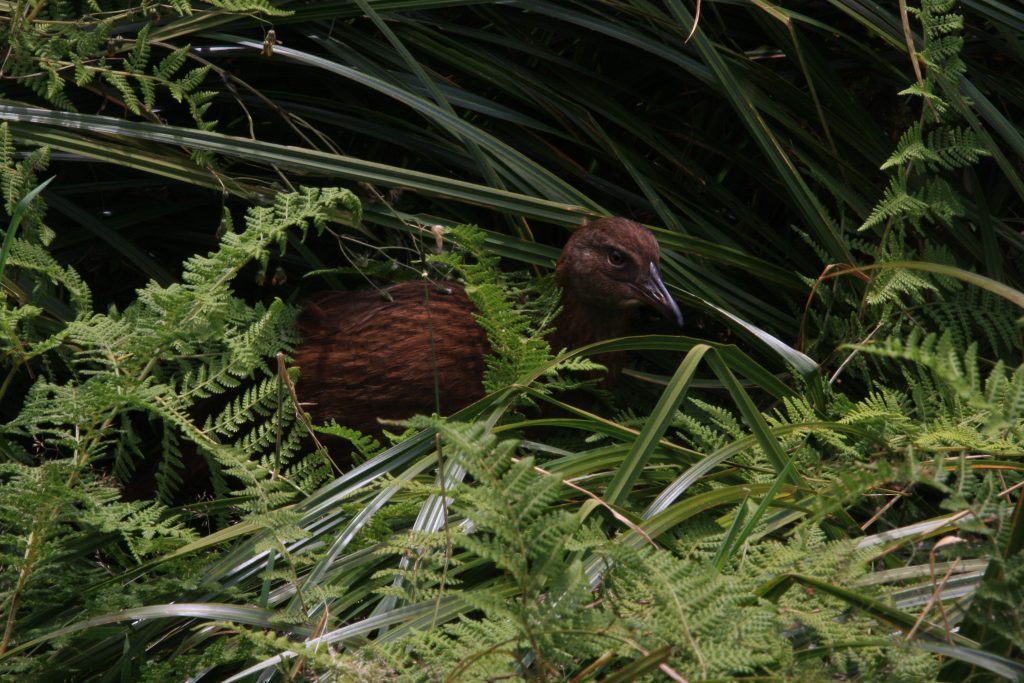