We descended into Auckland as the sun rose over the coast and immediately flew to Queenstown on the South Island.  We flew down the west coast.  It was cloudy over land, but sunny over the sea and over a strip of land along the coast.  We saw the volcano, Mount Turanaki, on the North Island, with its perfect circle of preserved forest around it, and the rugged coast of the South Island, rising to mountain ranges.  We descended into Queenstown amidst sharp ridges and through narrow valleys, over beautiful lakes.  We spent the first night at the hostel in beautiful Queenstown and the next day took a shuttle to Te Anau.  Like Queenstown, Te Anau is a resort town located on a beautiful, large lake.  After a lunch of meat pies, some of our group took a water taxi across Lake Te Anau to the edge of Fiordland National Park.  We walked for a couple of miles beside the lake on the level bottom of the Kepler Track, one of New Zealand’s nine great walks.  Along the trail, we had our first experience of New Zealand's unique, temperate rain forests with their tall trees and lush undergrowth including dense ferns and moss.  We saw a sign designating an area as a Kiwi zone but saw none of those birds. 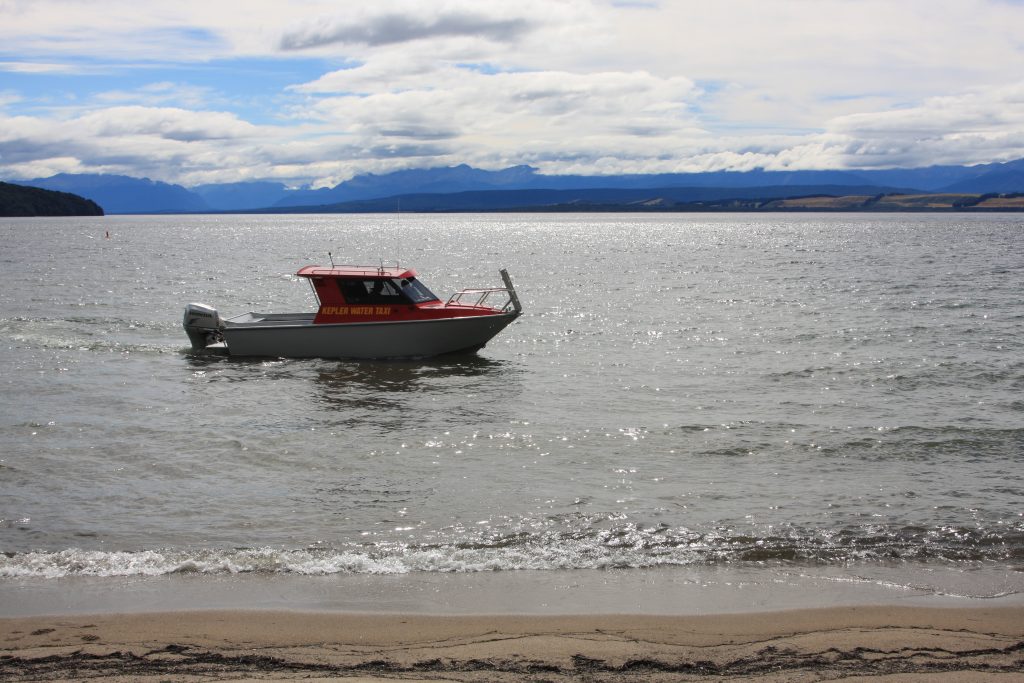 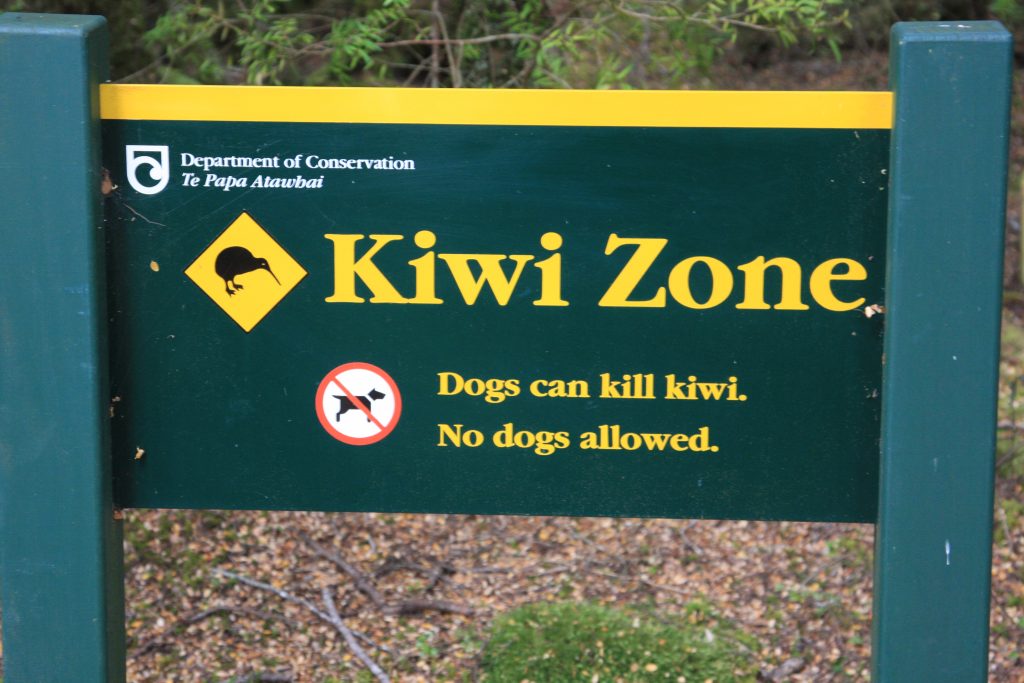 The next morning, we took a bus ride from Te Anau to a remote dock where we boarded a ferry for a cruise to the start of the Milford Track, another great walk.  There had been low clouds and fog that morning, and at the beginning of the cruise, we couldn’t see anything above the shoreline.  Gradually, the sun began to burn off the clouds and fog, and we saw there were steep and jagged mountains lining the lake, rising directly from the water.  The beauty of the scenery intensified as we traveled north on the lake. 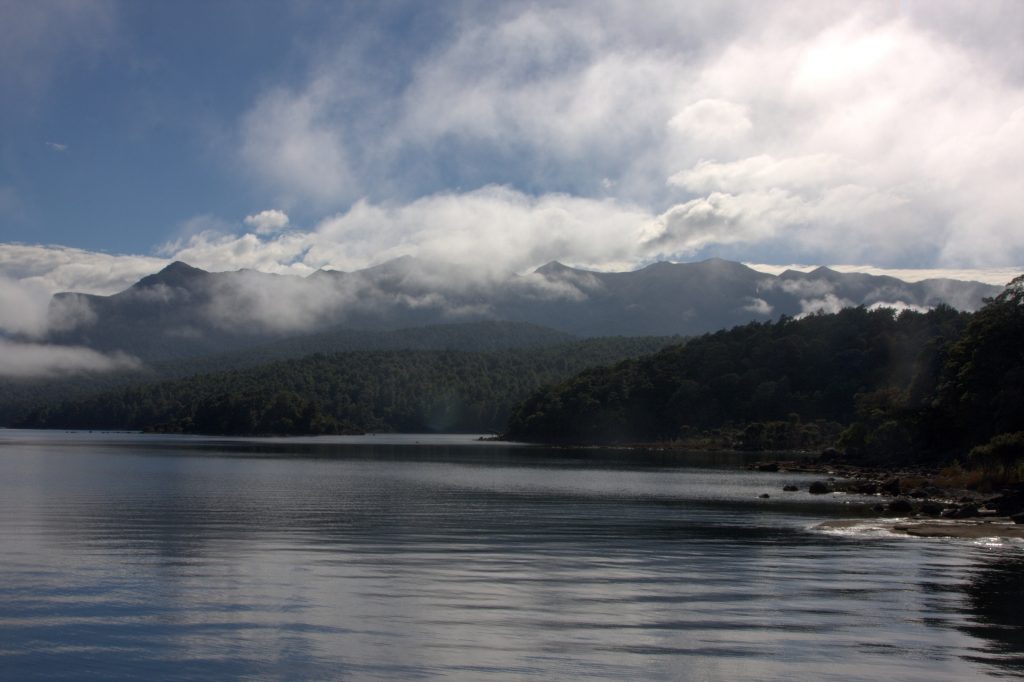 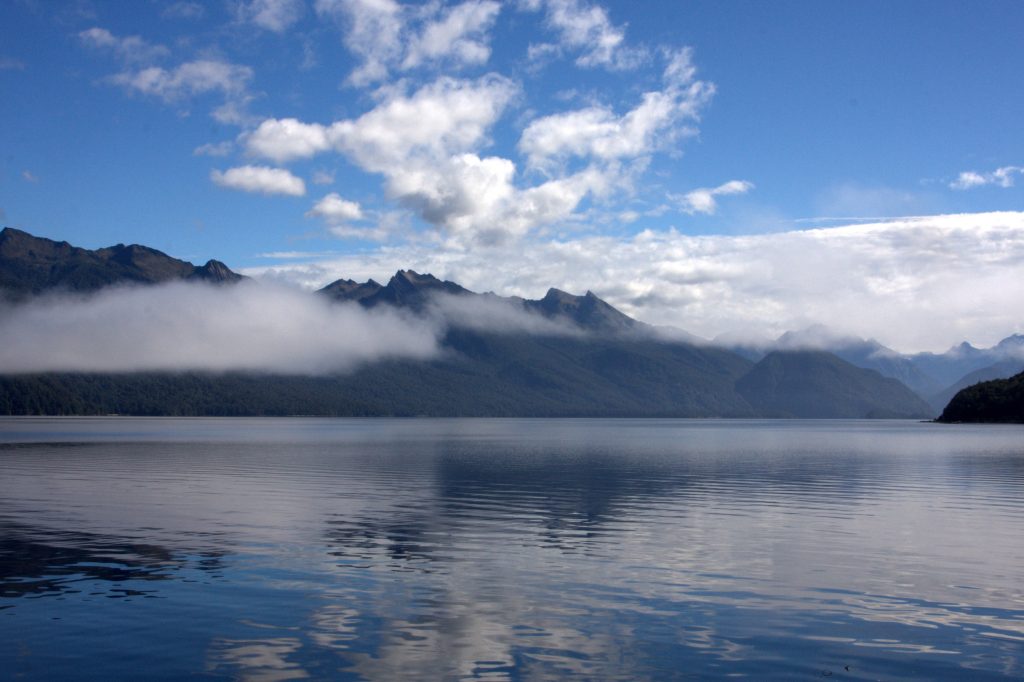 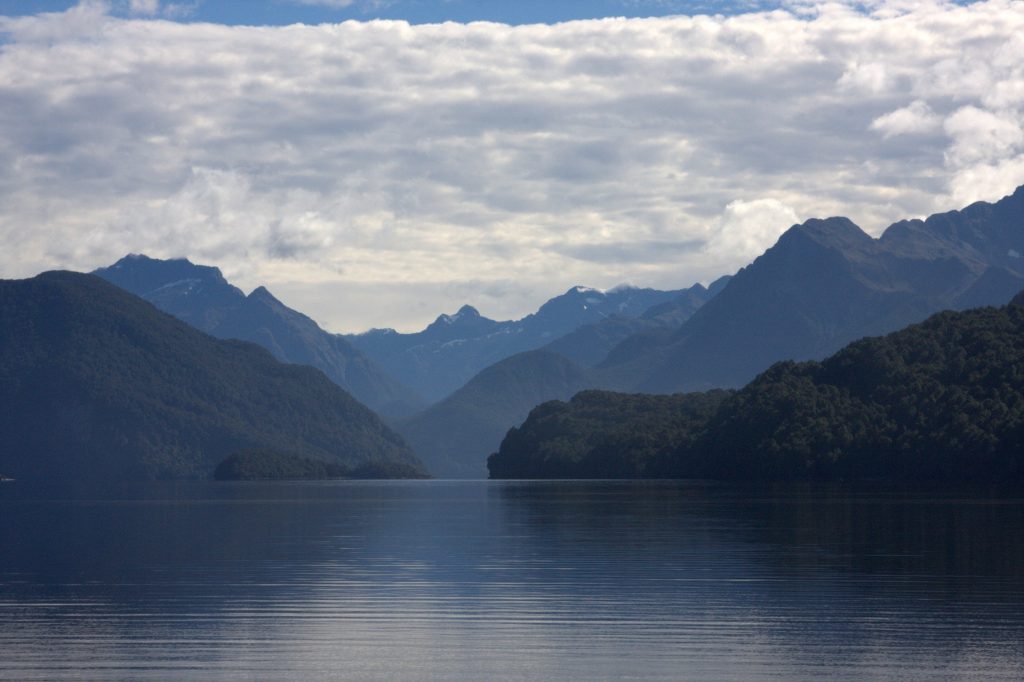 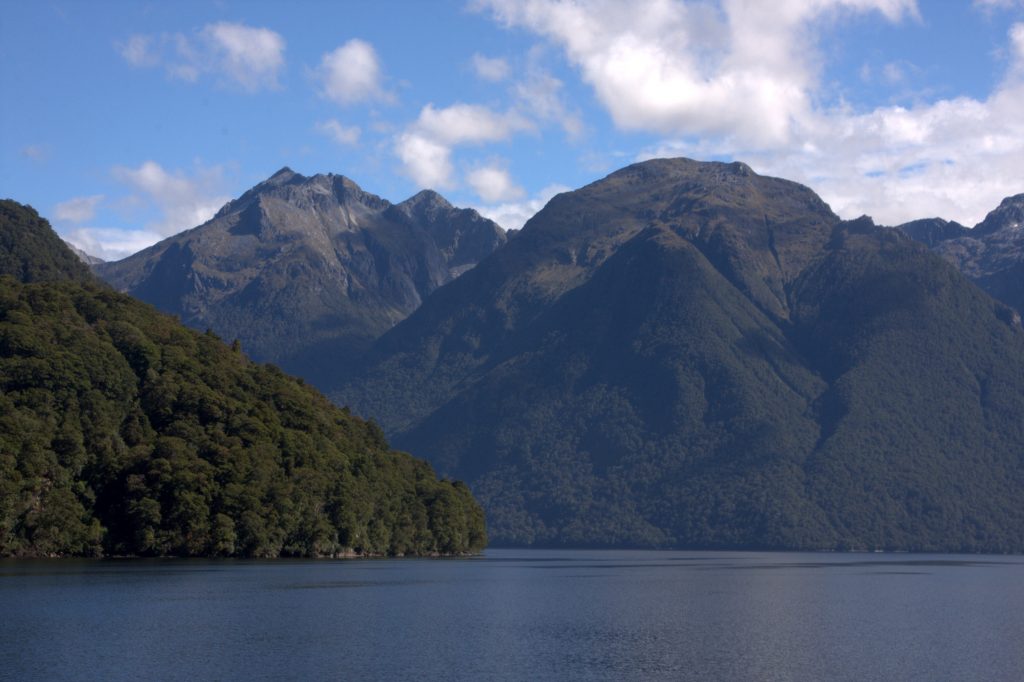 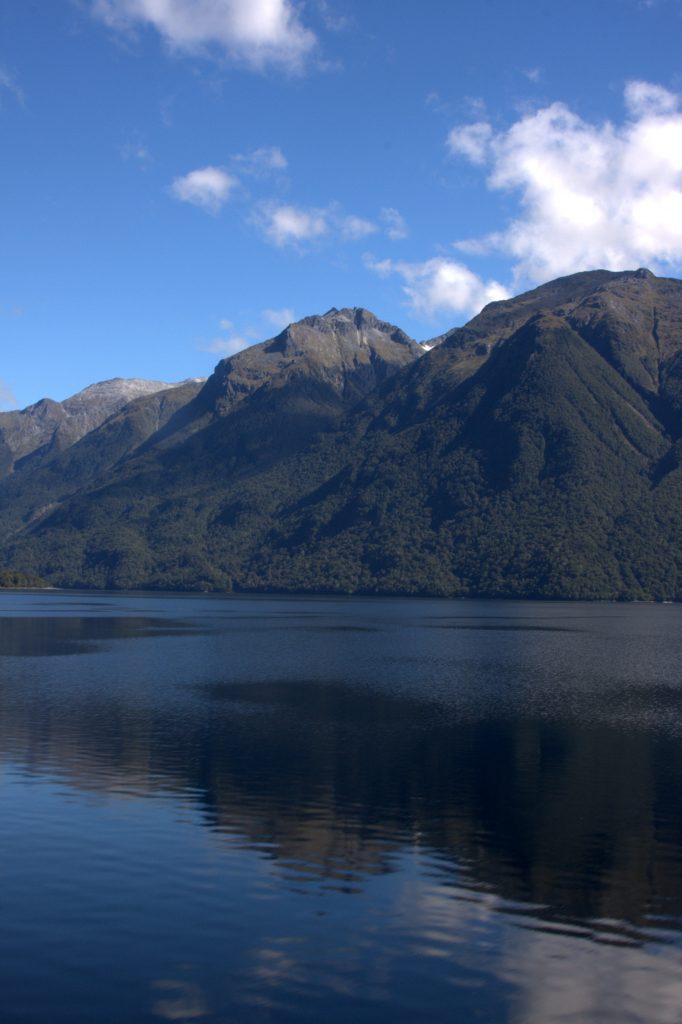