Our hike followed the Continental Divide through the high country, mostly above the forests, through a flowing landscape of peaks and rolling meadows. Labor Day weekend, we hiked from Spring Creek Pass up the Colorado Trail onto Snow Mesa.  The thirteener, Baldy Cinco was to our north, and we spotted a large herd of domestic sheep on the side of the mountain.  The Mesa was a enormous expanse of rolling tundra above 12,000 feet in elevation with no trees and scenic vistas in all directions.  We could see iconic Uncompahgre Peak and the Wetterhorn in the distance.  It took us a couple of hours to cross the mesa and begin a gradual climb on the side of a steep slope up to an unnamed pass above Rough Creek.  We next climbed up over the Continental Divide and down into the Mineral Creek drainage.  We crossed the top of the basin and down steeply to Middle Mineral Creek where we camped next to the stream.  In the evening we spotted a bull moose just a short distance across the creek and later he was joined by a female moose with her little one.  During the night we could hear them close to the camp and in the stream.

The next morning, we climbed over a ridge, heading toward San Luis pass.  When we climb a little bit above the East Mineral Creek, dark clouds began to move over the divide towards us.  We decided to wait and watch the weather and soon the sky was completely overcast.  We decided to go back and camp at a nice spot near East Mineral Creek.  After we set up camp, a rain storm went over, and the weather varied between clouds and sunshine the rest of the day.

The third day, we decided we were too far from San Luis Peak to attempt an ascent. So we climbed to the high point above San Luis Pass and admired the view of San Luis Peak and the mountains all around us.  San Luis Pass is at the bottom of a valley but is at the same time the high point between a stream valley descending to the west and one to the east.  It would have made a nice campsite with trees and water just below the pass.  Later, we hiked down the East Mineral Creek trail and bushwhacked for a while down the stream valley after we lost the trail.  Soon we found good trails which took us all the way out.  Part of the way down, we found interesting formations of highly eroded, conglomerate rock which formed vertical towers. 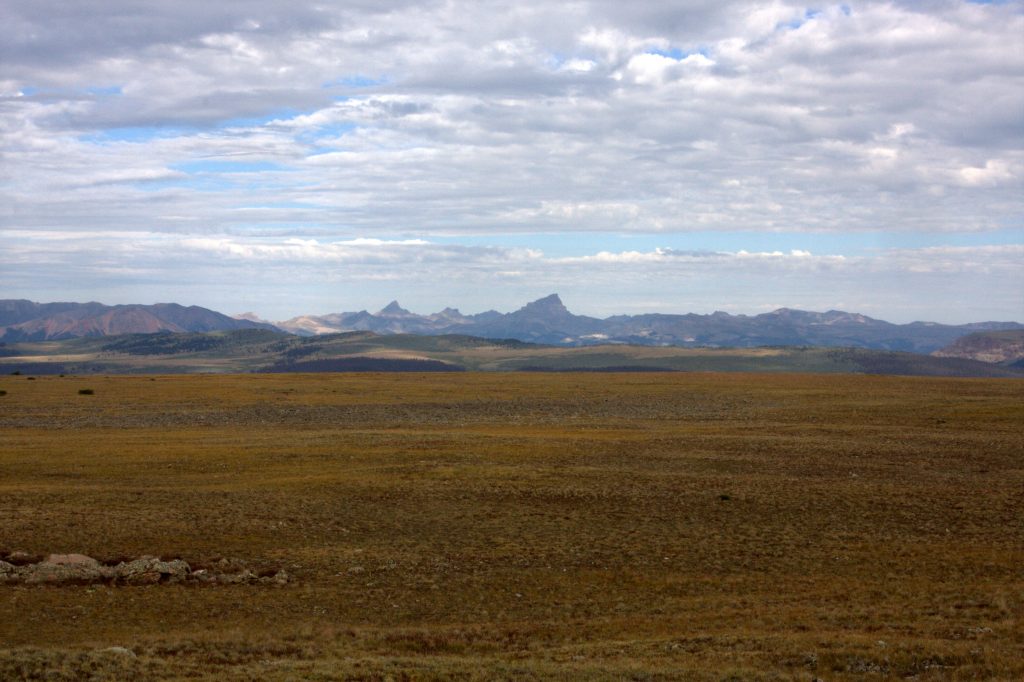 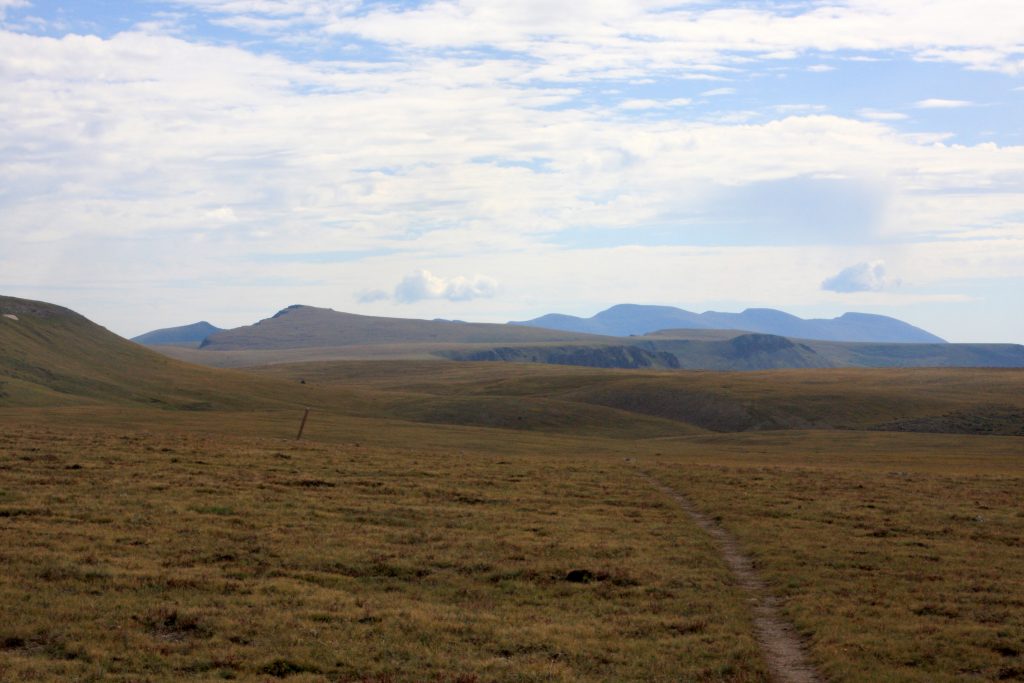 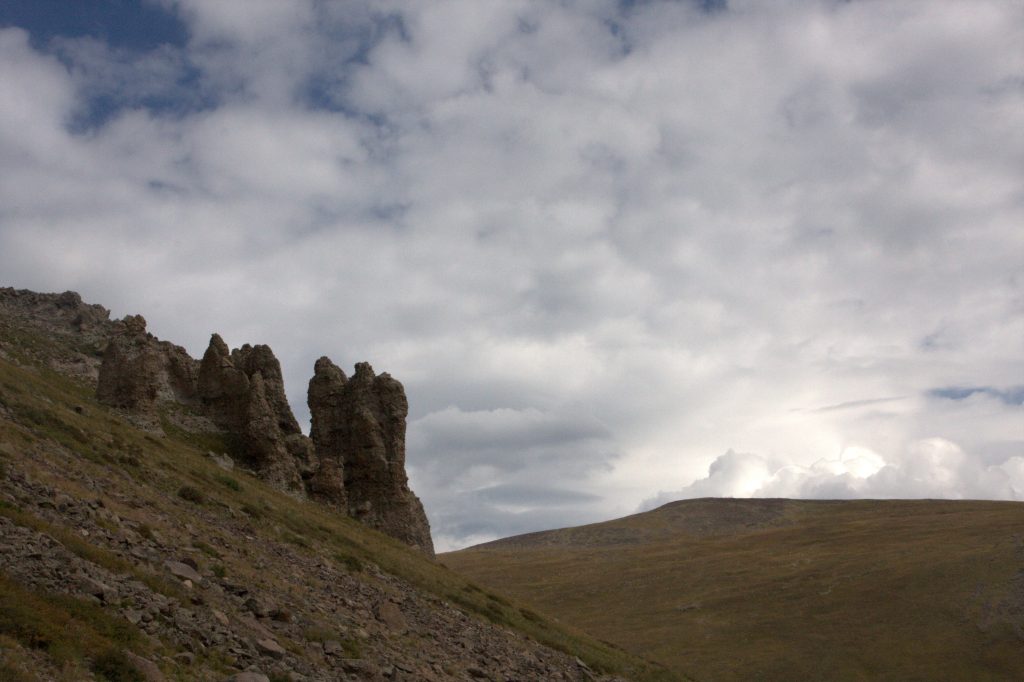 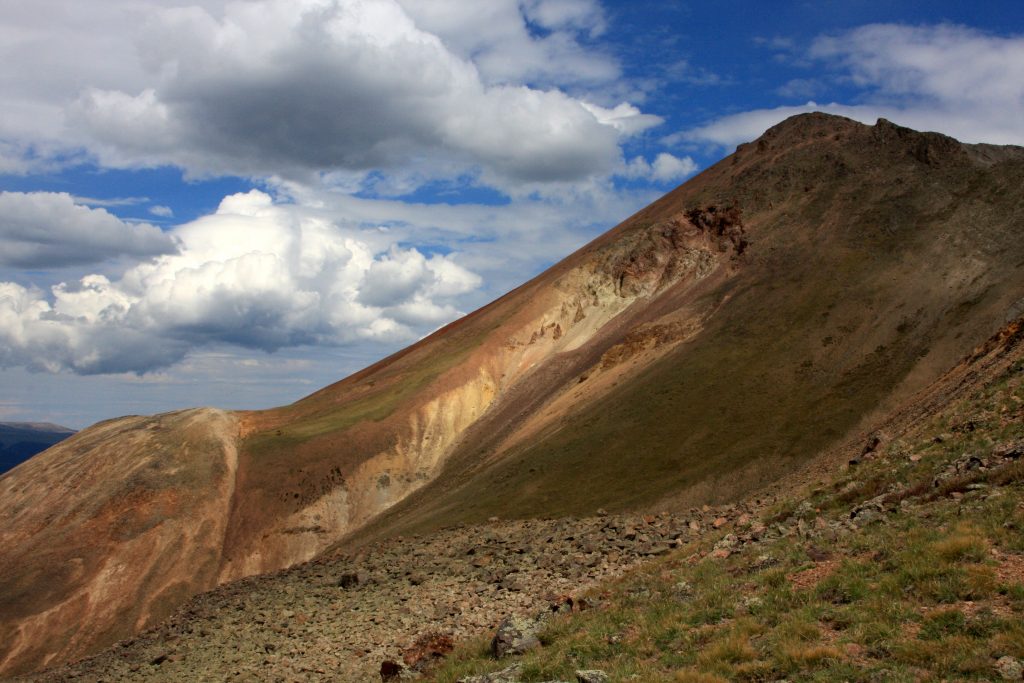 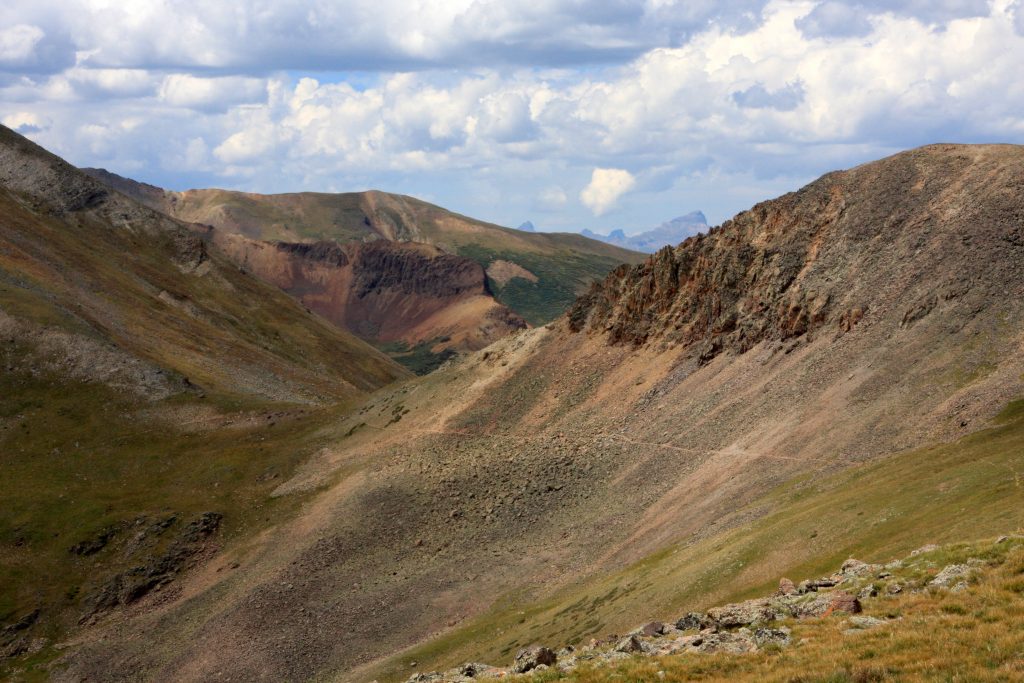 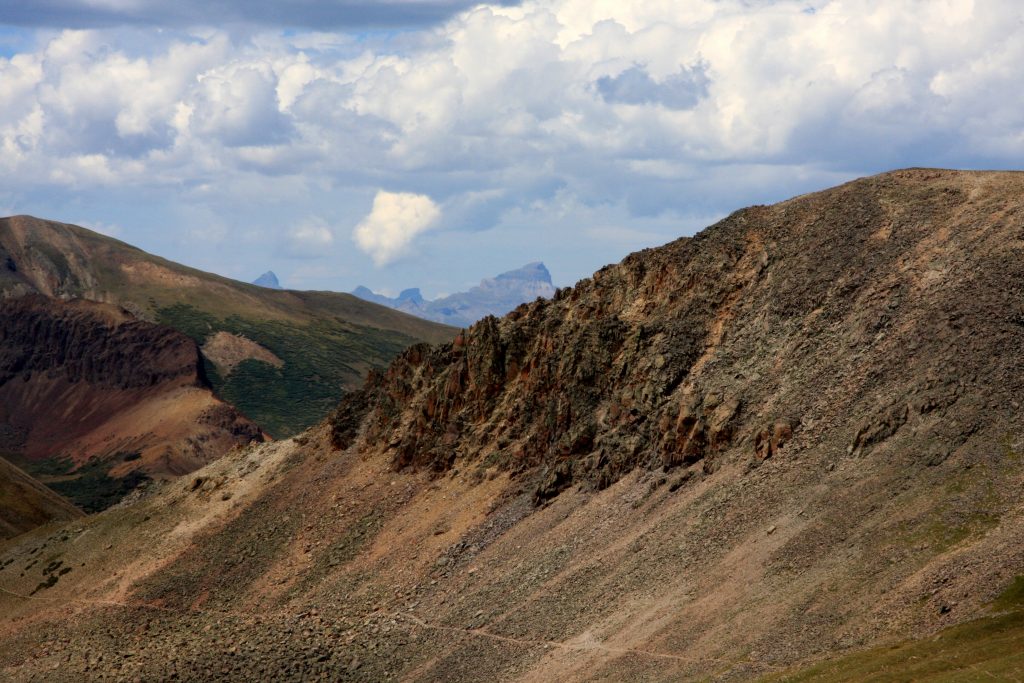 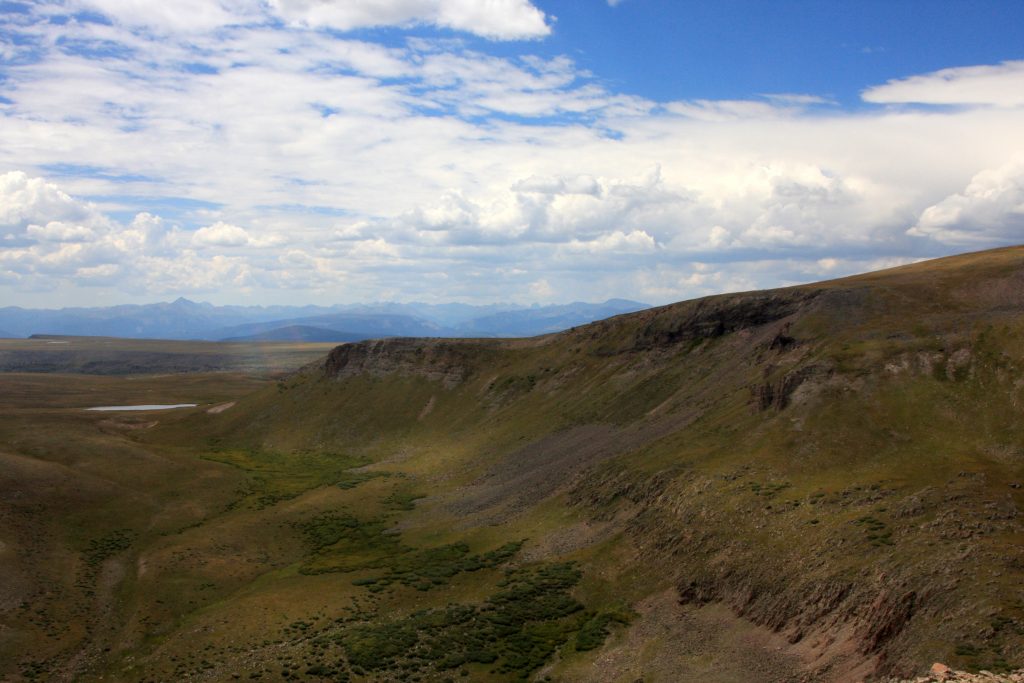 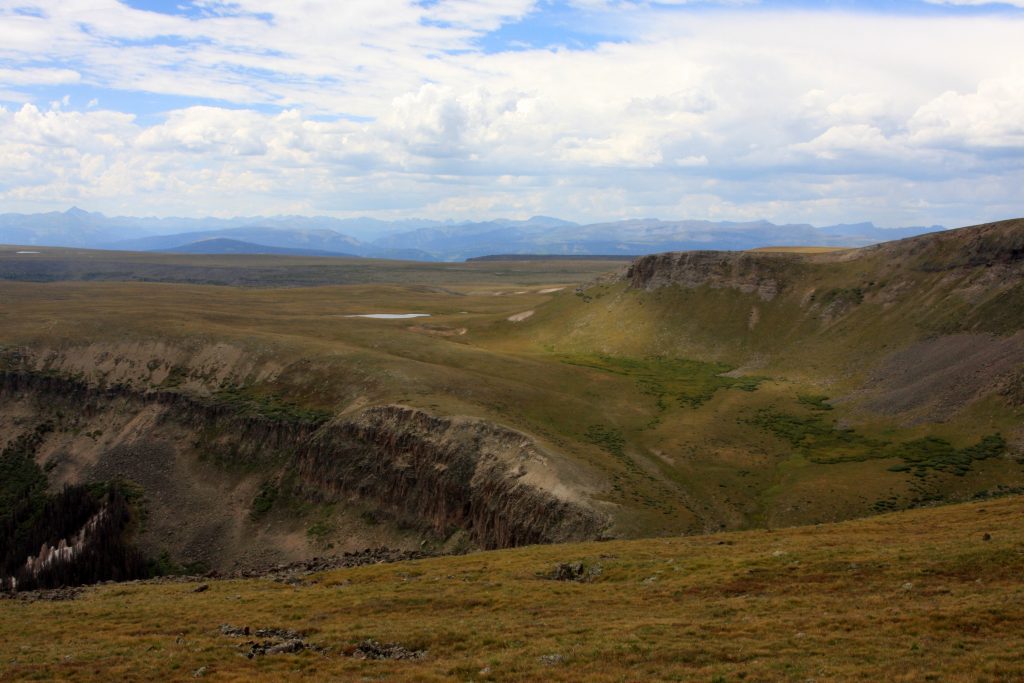 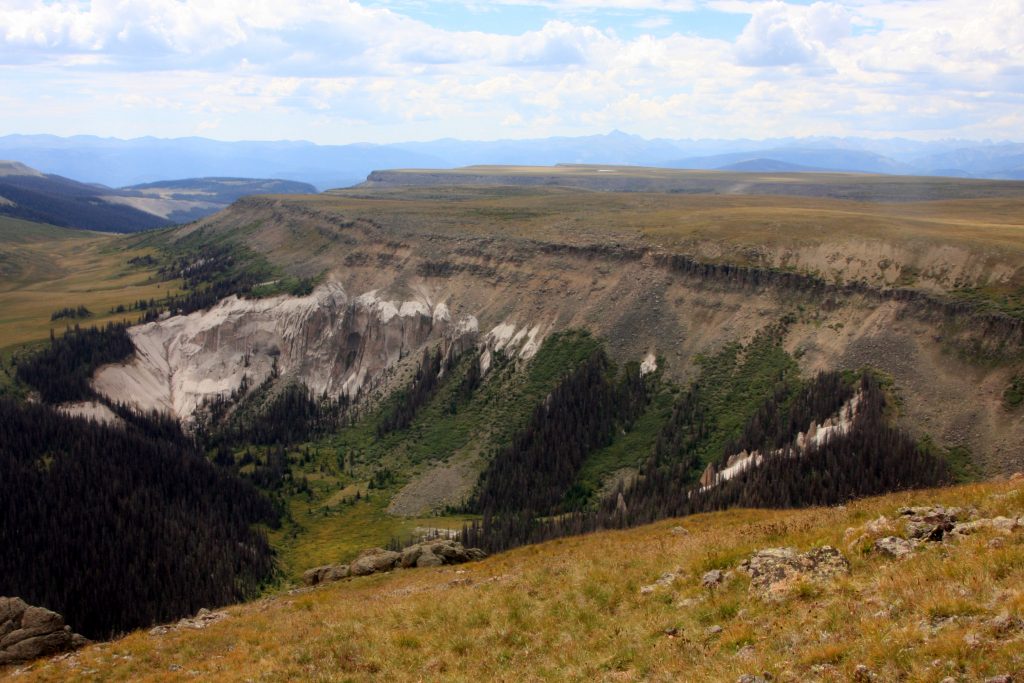 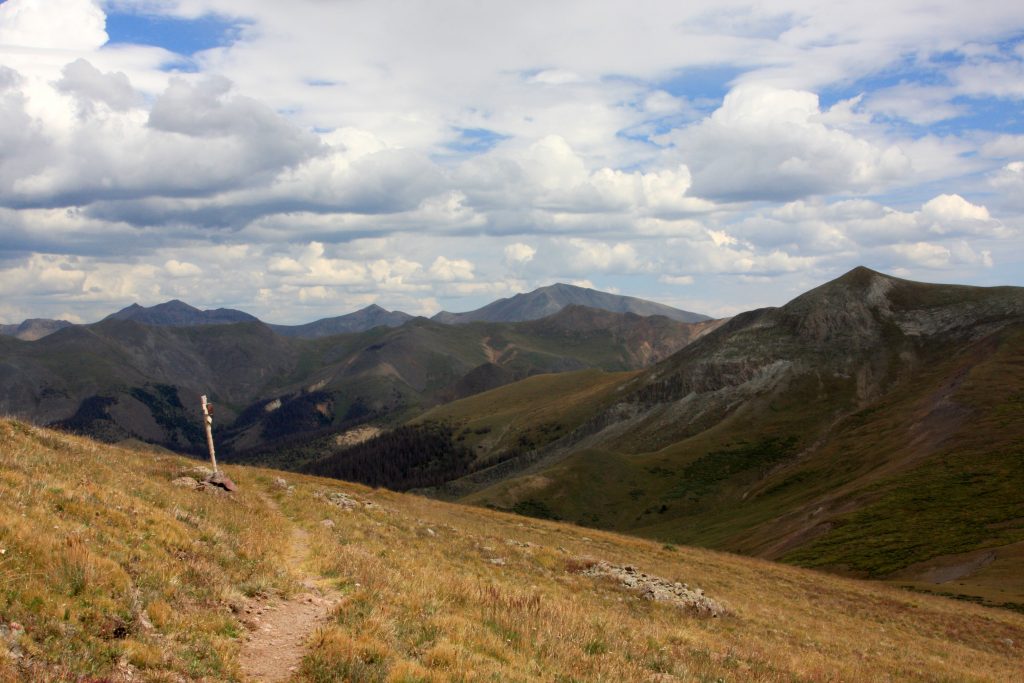 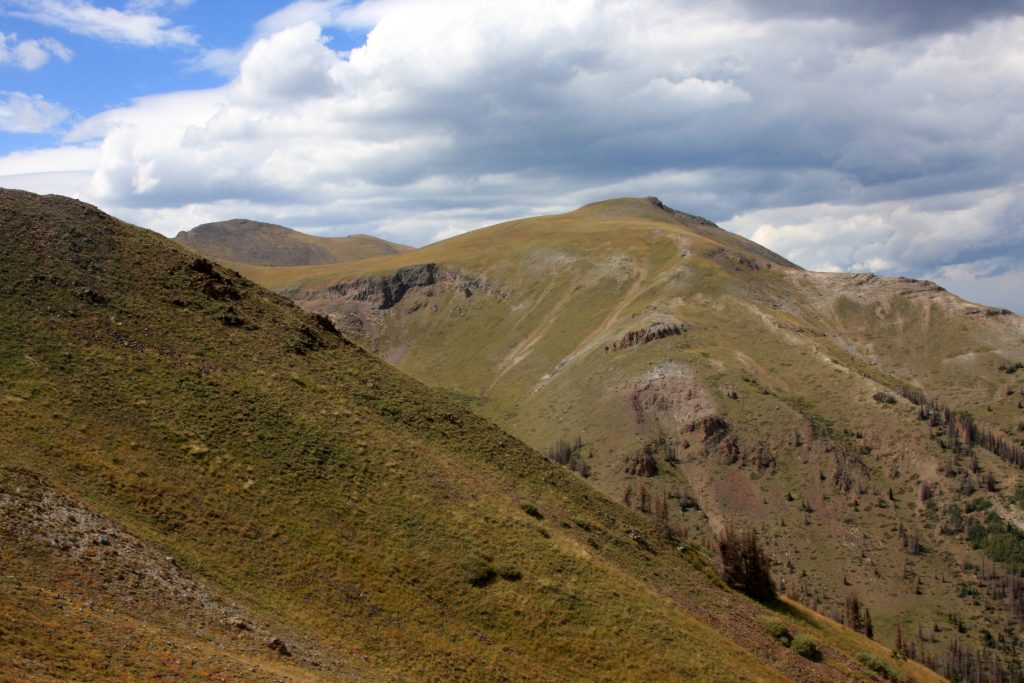 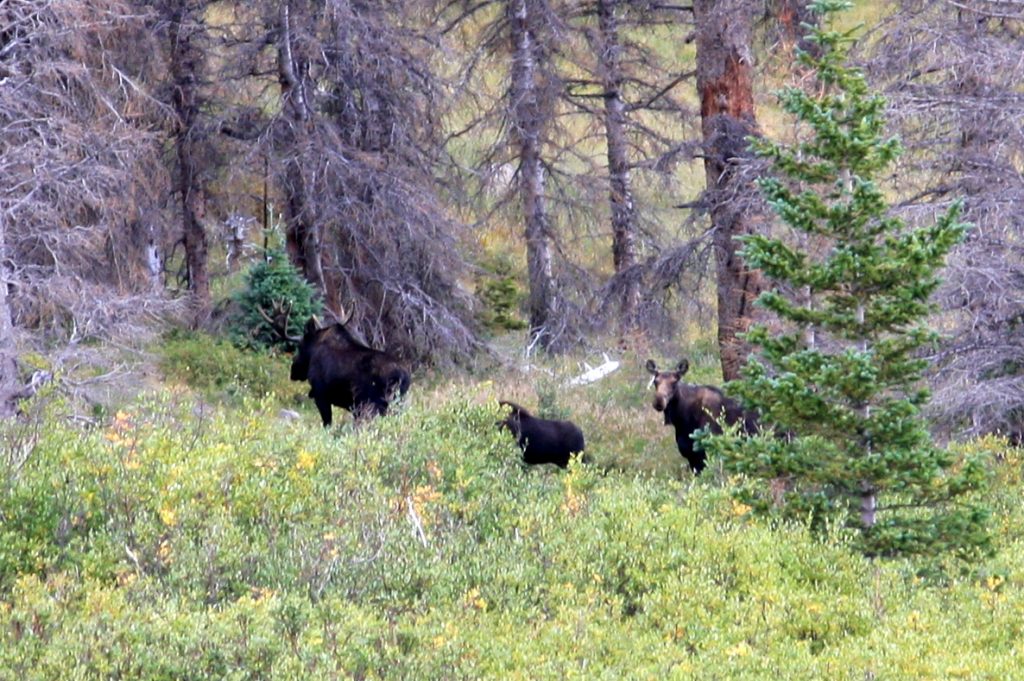 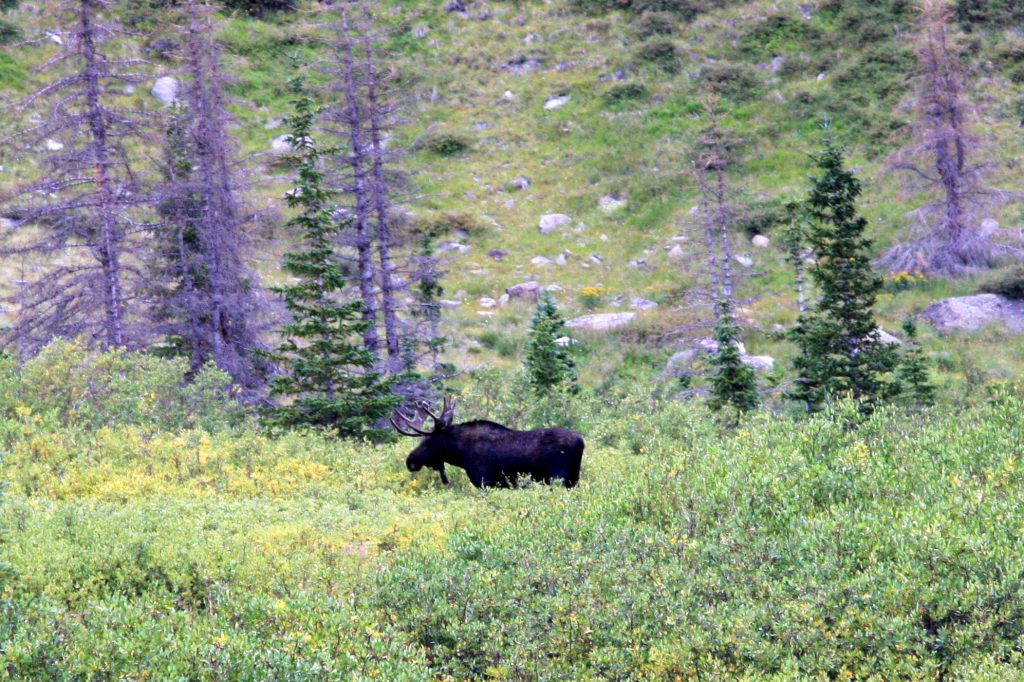 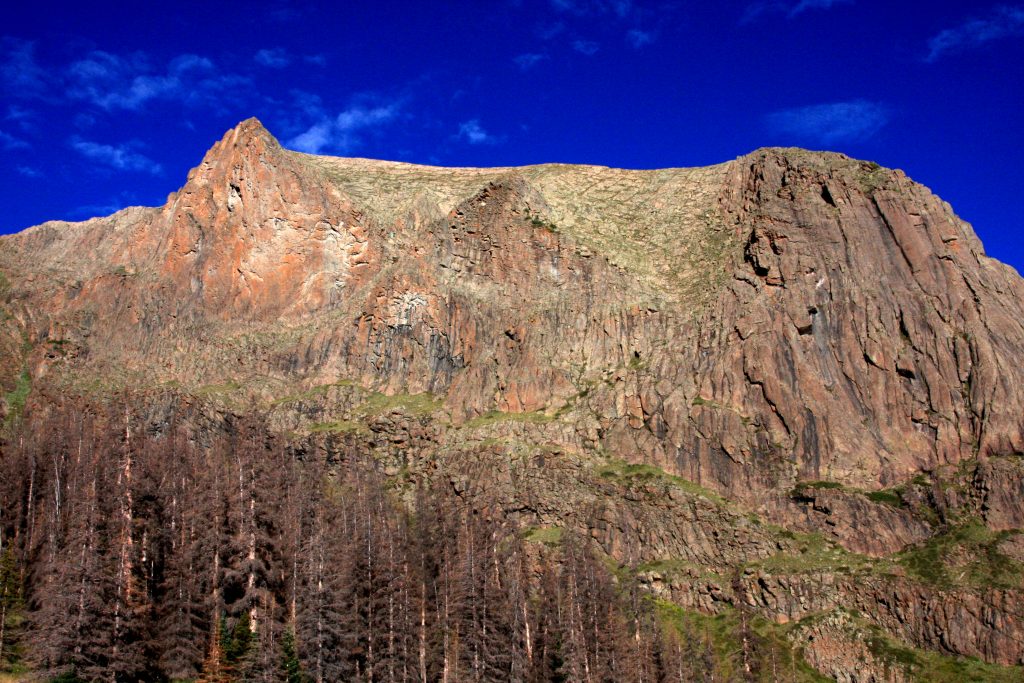 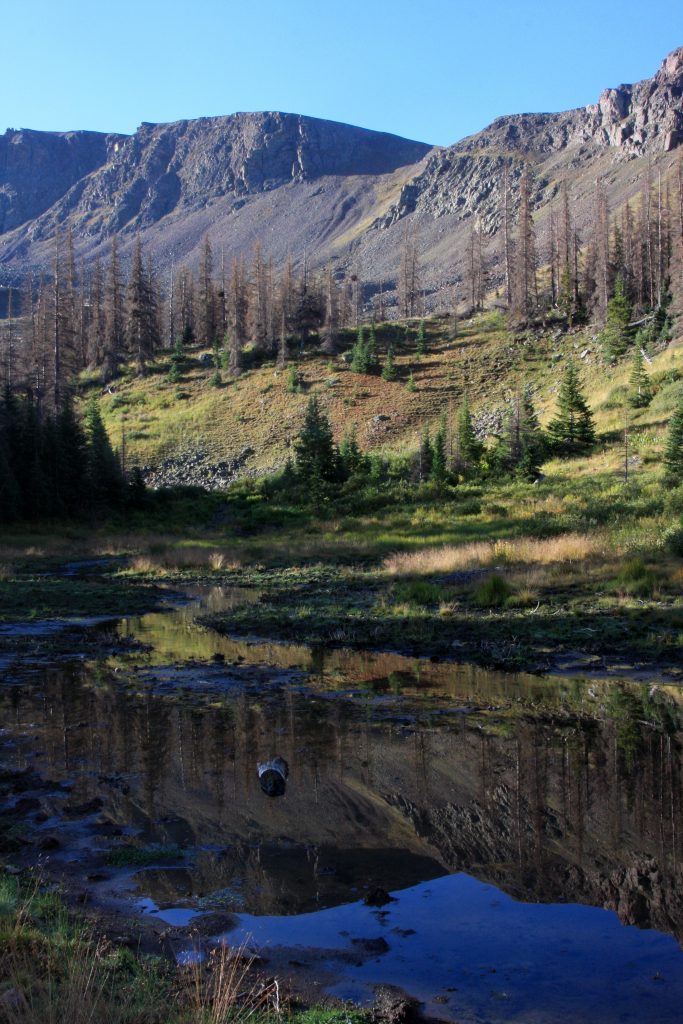 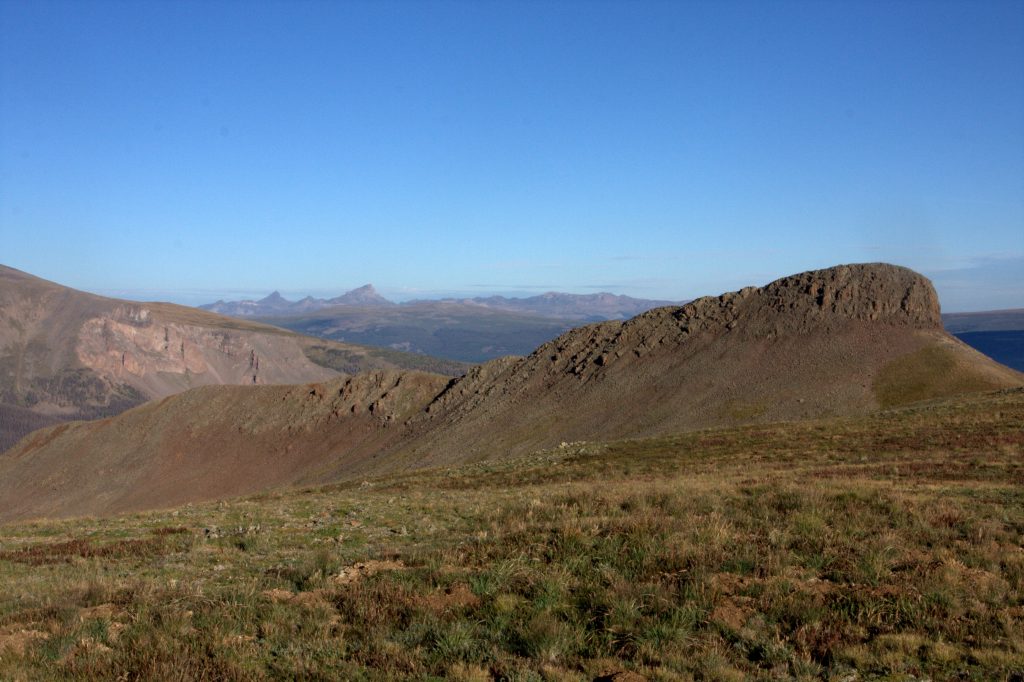 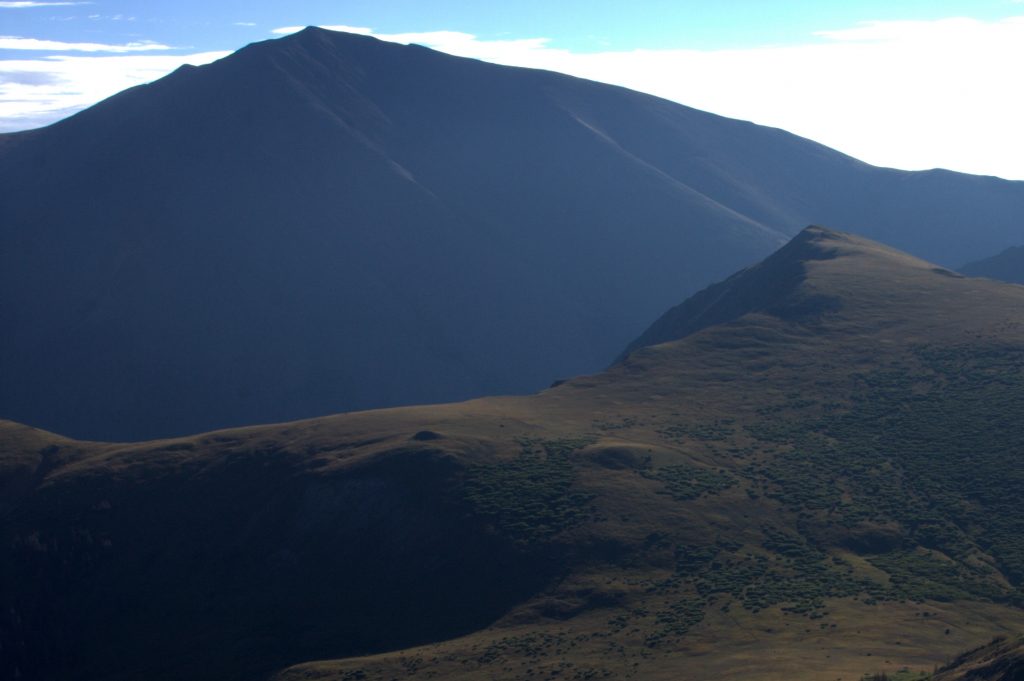 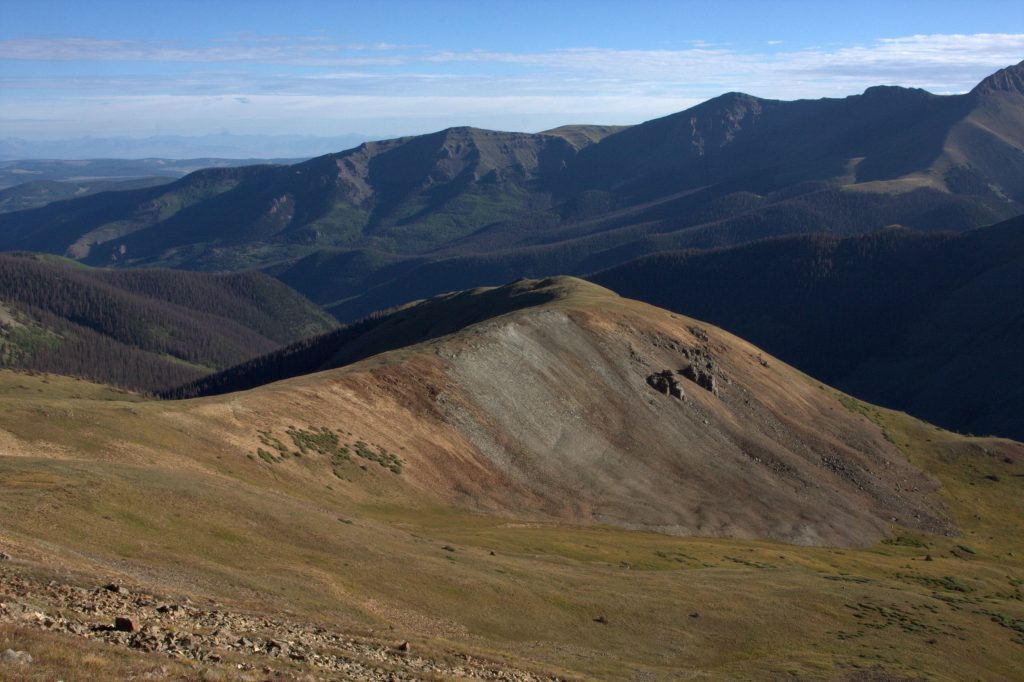 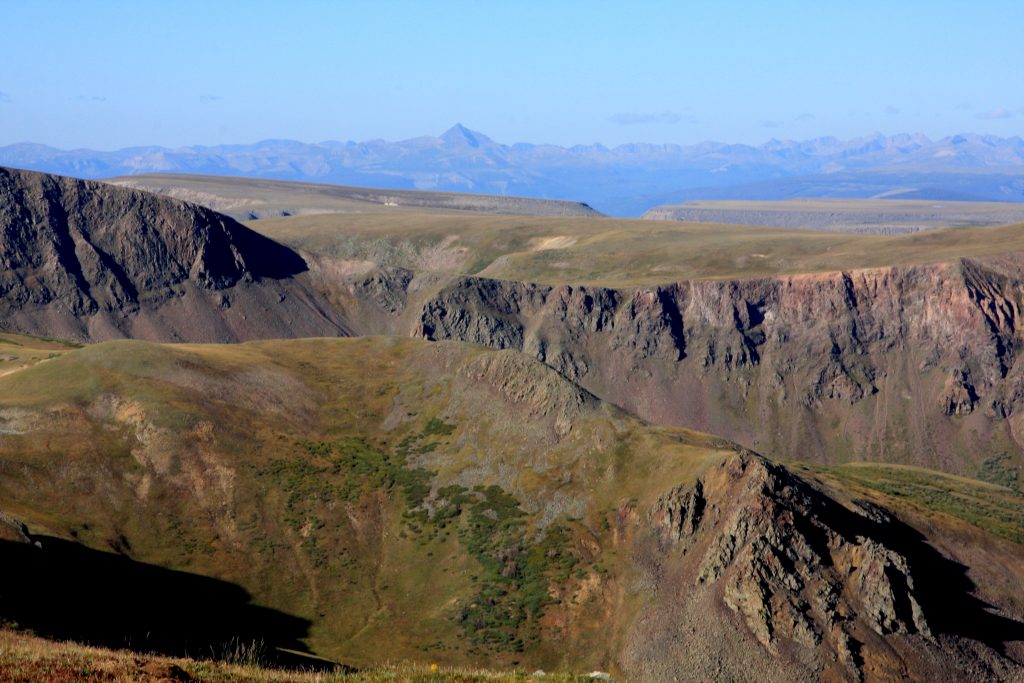 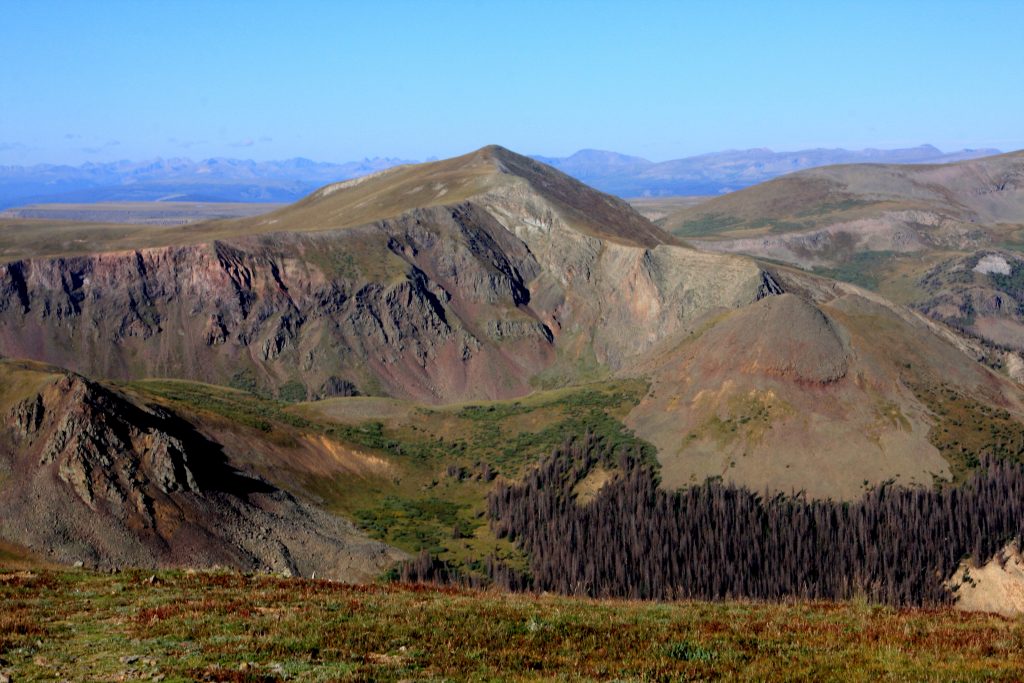 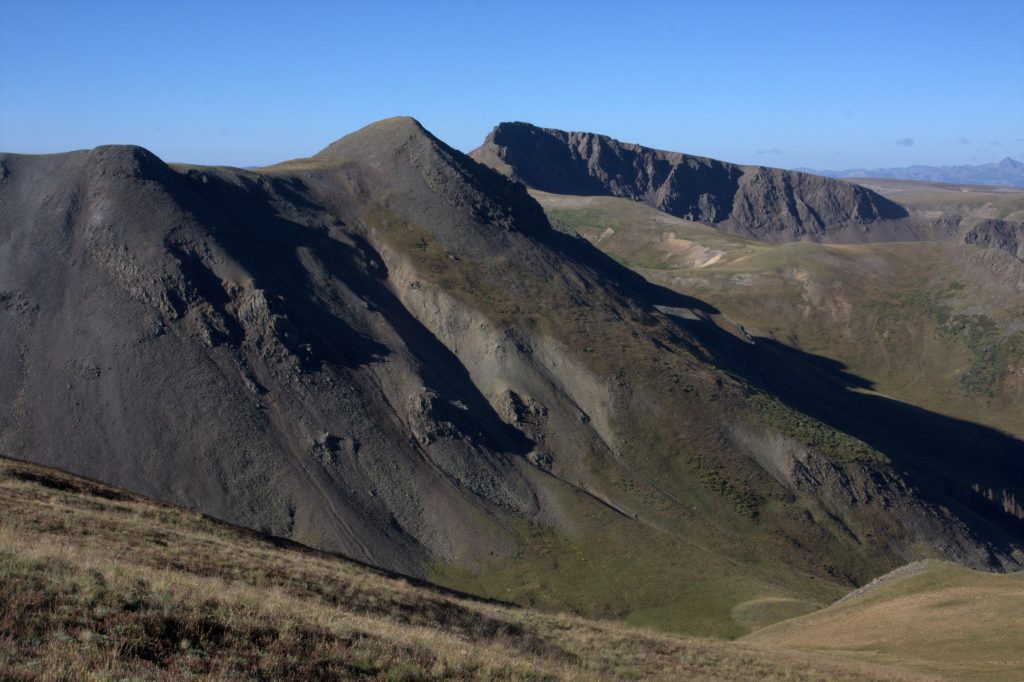 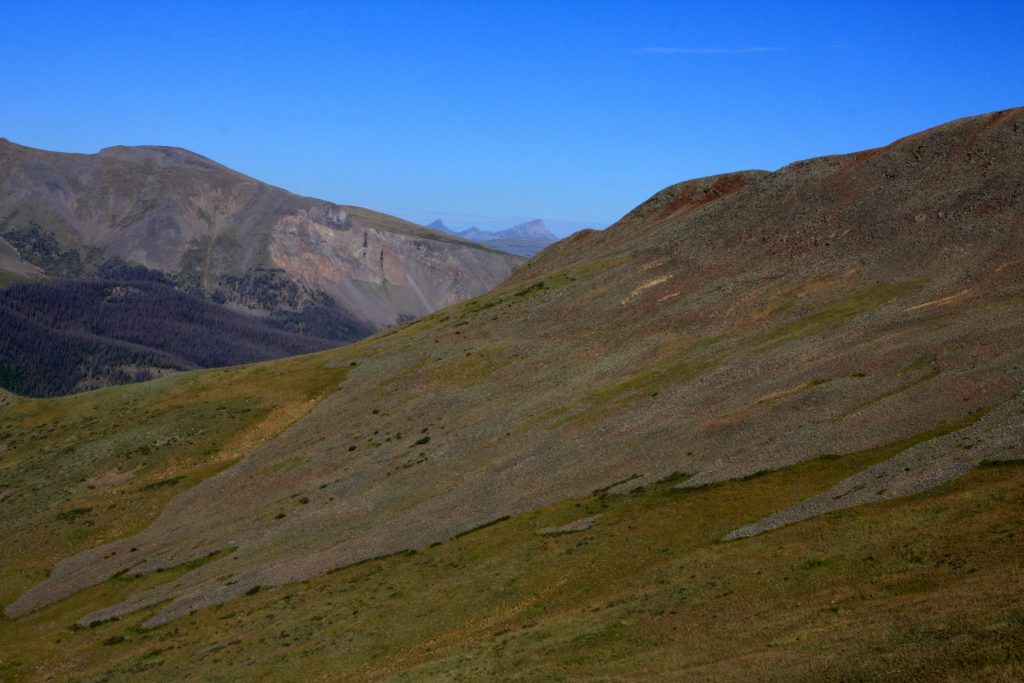 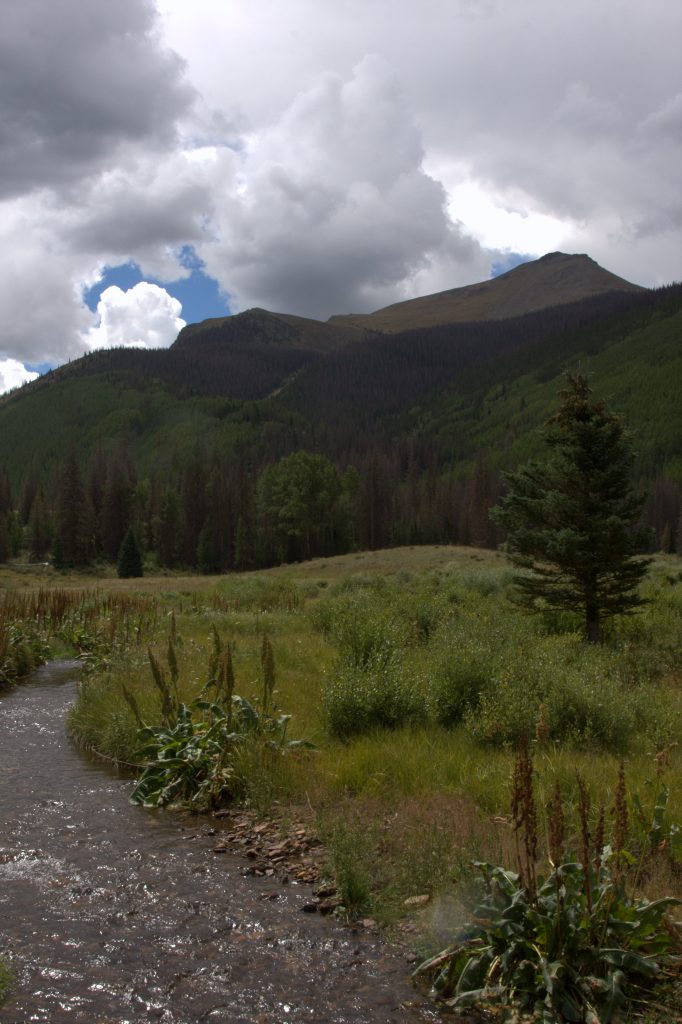 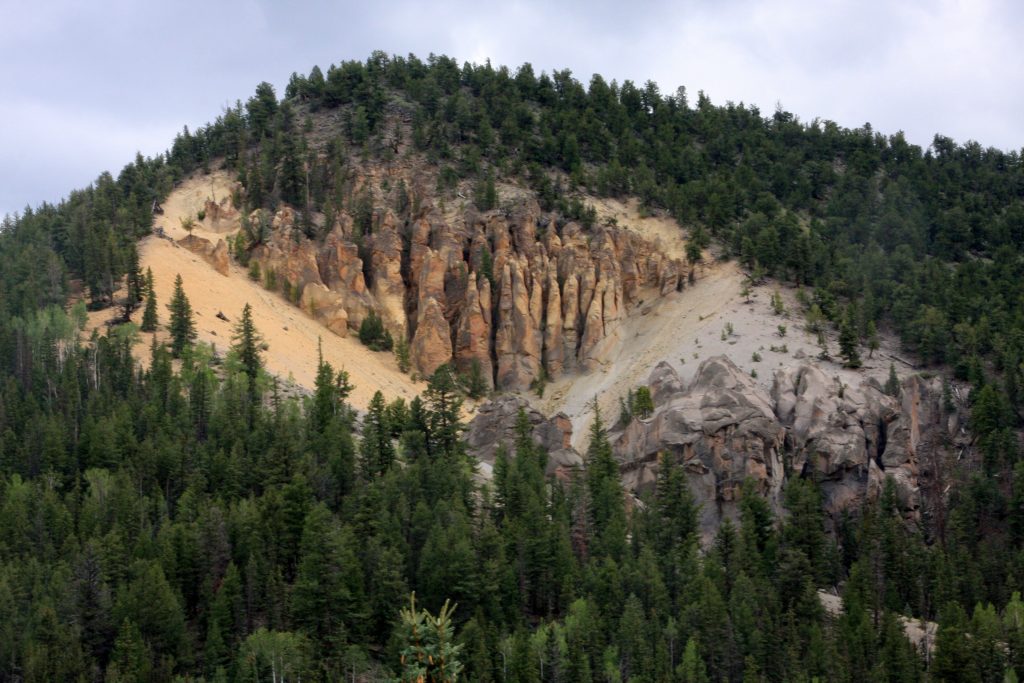