On day six, we did a short but steep hike over Willow Pass, traveling under North Maroon Peak.  From the pass, we looked northeast down the Willow Creek Valley and could see the beautiful dark metallic-blue Willow Lake with its sister ponds.  Willow Lake is set in a very open landscape with only a few dwarf trees. We hiked to the lake under clouds and set up camp by the lake. We spent quite a bit of time washing clothes and cleaning up, using a pot that someone had left at the campsite.  The wind picked up and several times strong winds and rain passed over while I napped in my tent, and when the rain stopped, we walked around the lake.  The ridges around the lake had jagged, striated formations.  The large boulders we walked over on the south side of the lake were uniformly red.

Two young men came by who were from Mexico City.  They were in a hurry to catch the last bus from Maroon Lake to Aspen, so they took a direct line, climbing steeply over a vertical ridge like mountain goats and then down into the unknown on the other side.  They were the only people we saw at Willow Lake.  In the evening, I saw two elk grazing on the other side of the lake. 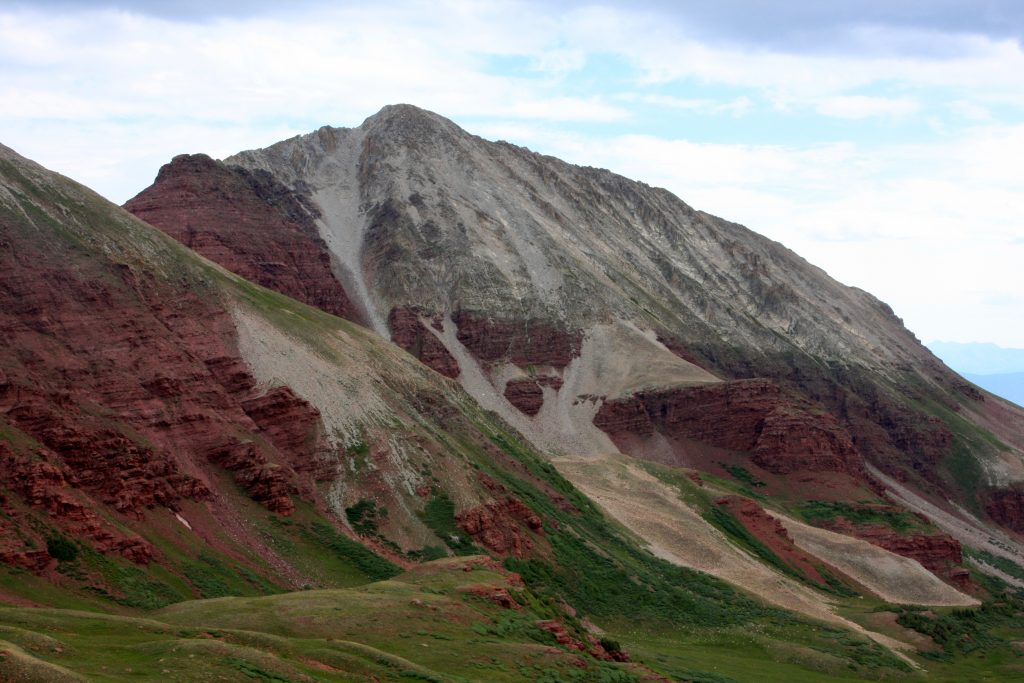 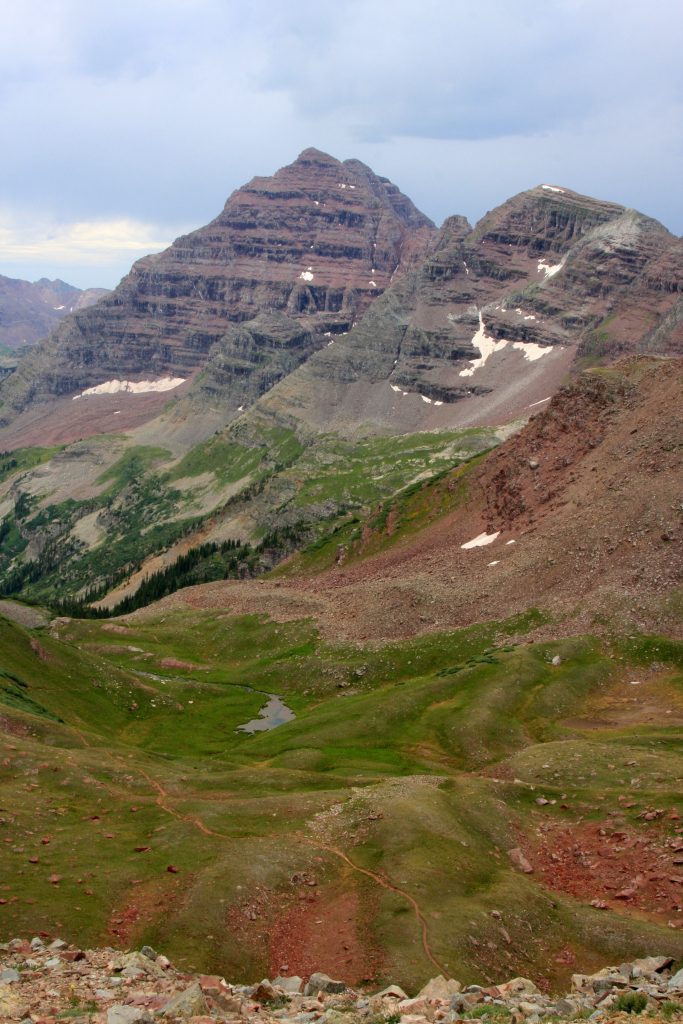 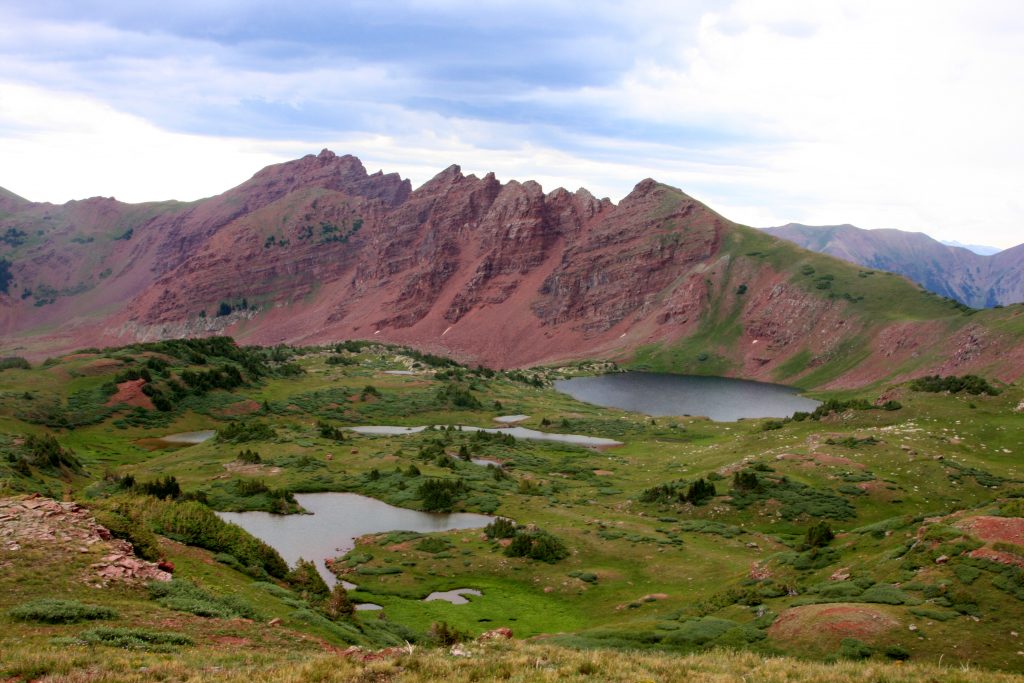 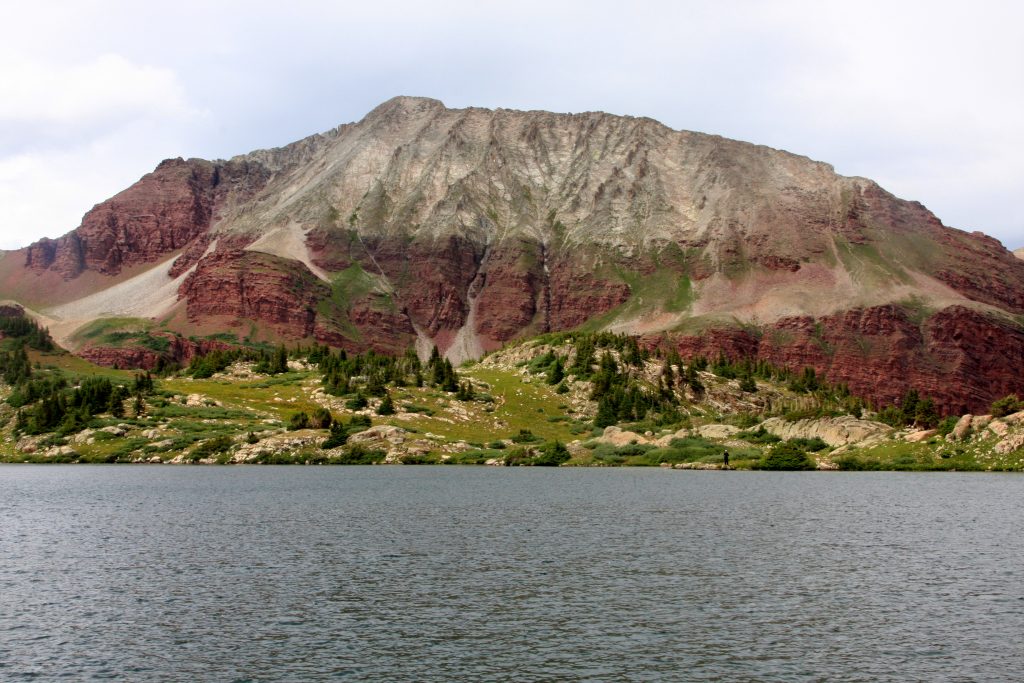 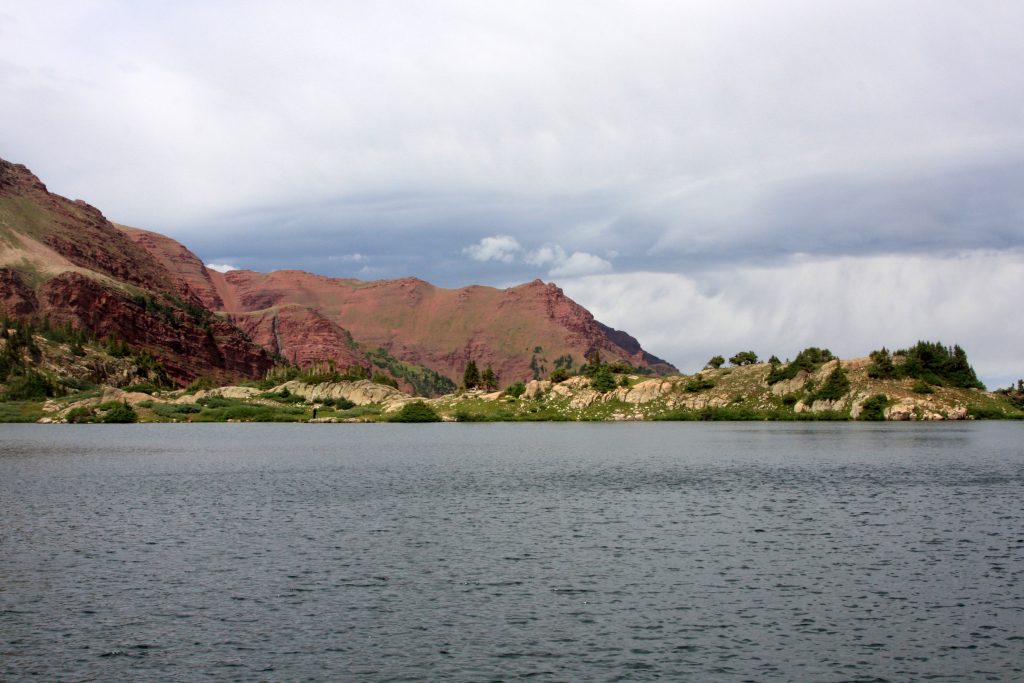 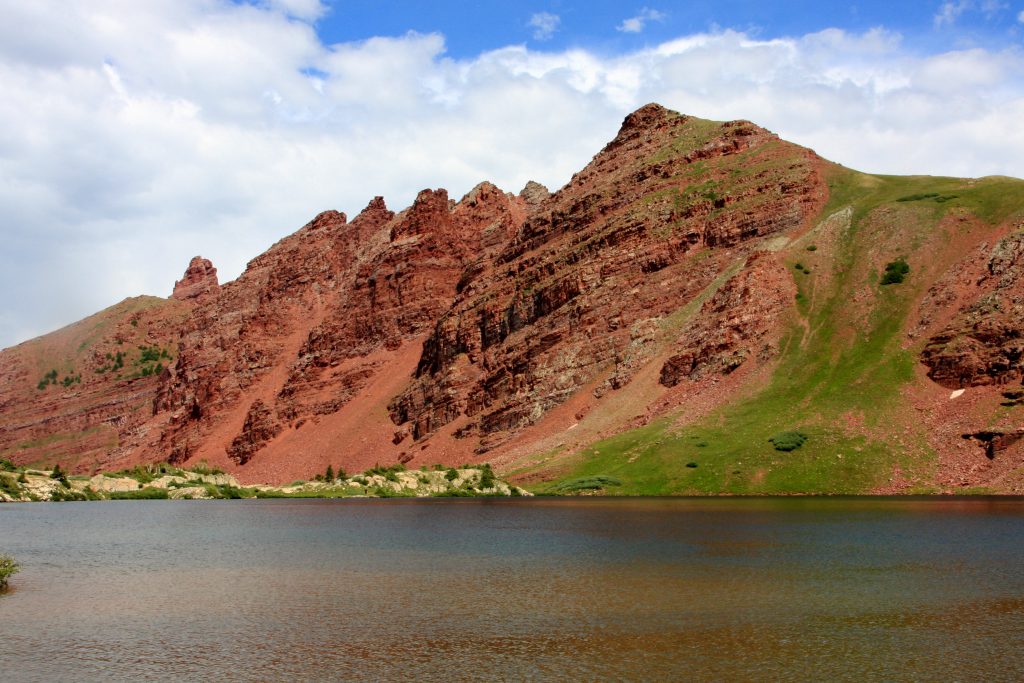 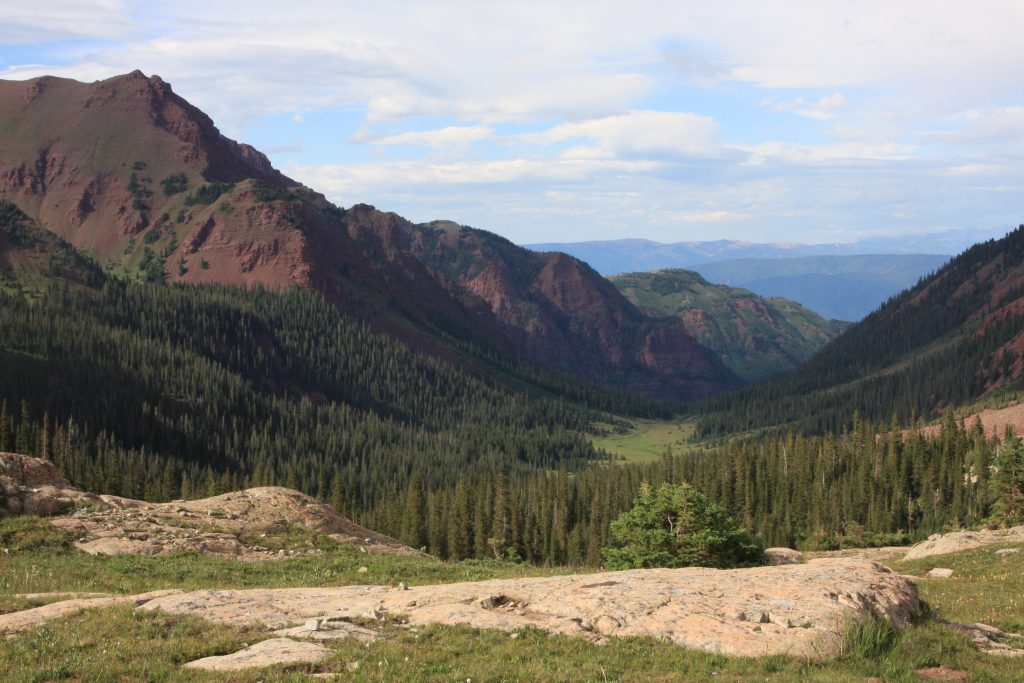 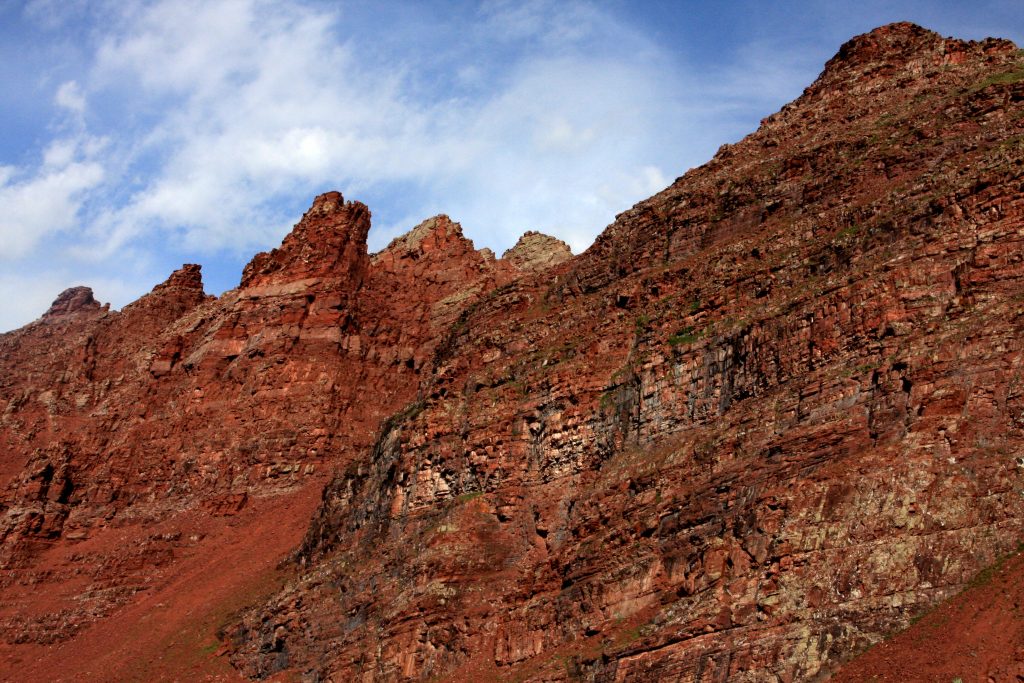 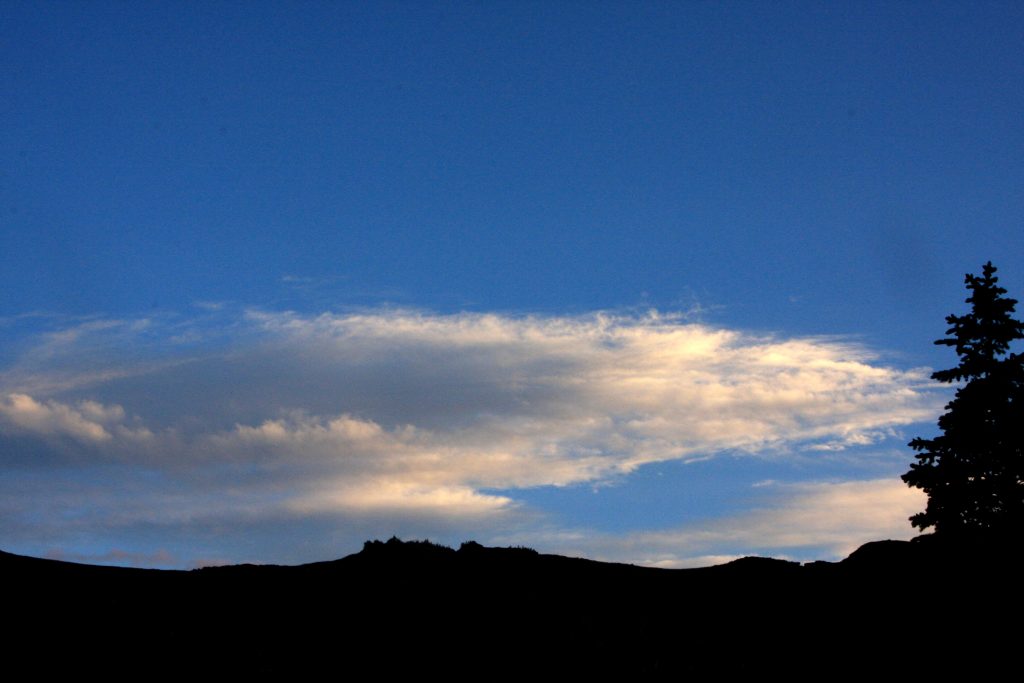 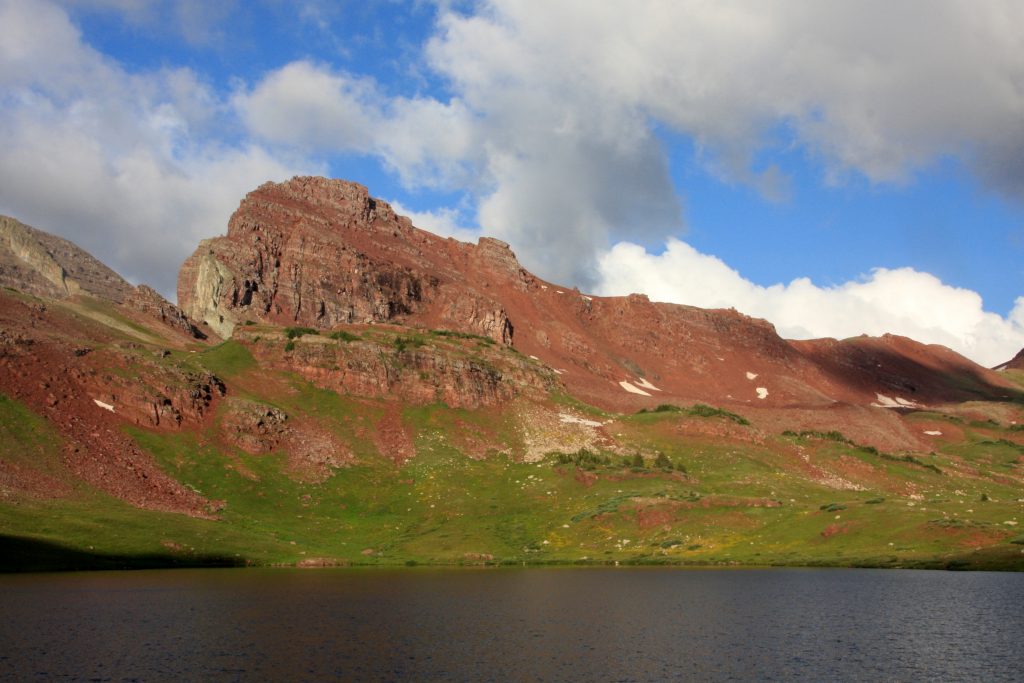 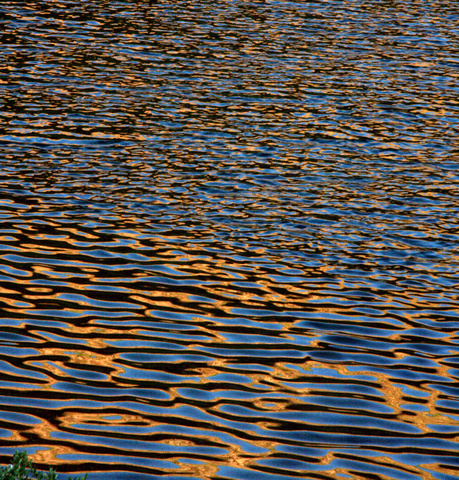