We left Snowmass Lake early on day eight and quickly hiked seven miles down the East Snowmass Trail.  At one point along the trail, we stopped at a viewpoint where we could see up into the nearly inaccessible Bear Creek Basin where Pierre Lakes and Capitol Peak were hidden from our view.  We had to remove our boots to ford ice cold Snowmass Creek and turned left onto the West Snowmass Trail.  We entered cattle country and almost missed our trail at a cattle camp with a large tent.  We met a couple from Nebraska who had stayed at a nice campsite just below the pass at the top.  They told us it took them eight hours of difficult climbing to get there.  We thought, based on their description, it would take us three hours from the cow camp.  I took us one hour and forty-five minutes.  By this point in the trip, our stamina and climbing speed had increased significantly.  We were headed for an unnamed pass below Haystack Mountain and camped just below the pass on a large, meadowed ledge where we had views of Mount Daly and many of the wilderness mountains in the distance, including the Maroon Bells and Pyramid Peak.  We thought we could see Buckskin Pass and even Willow Pass. 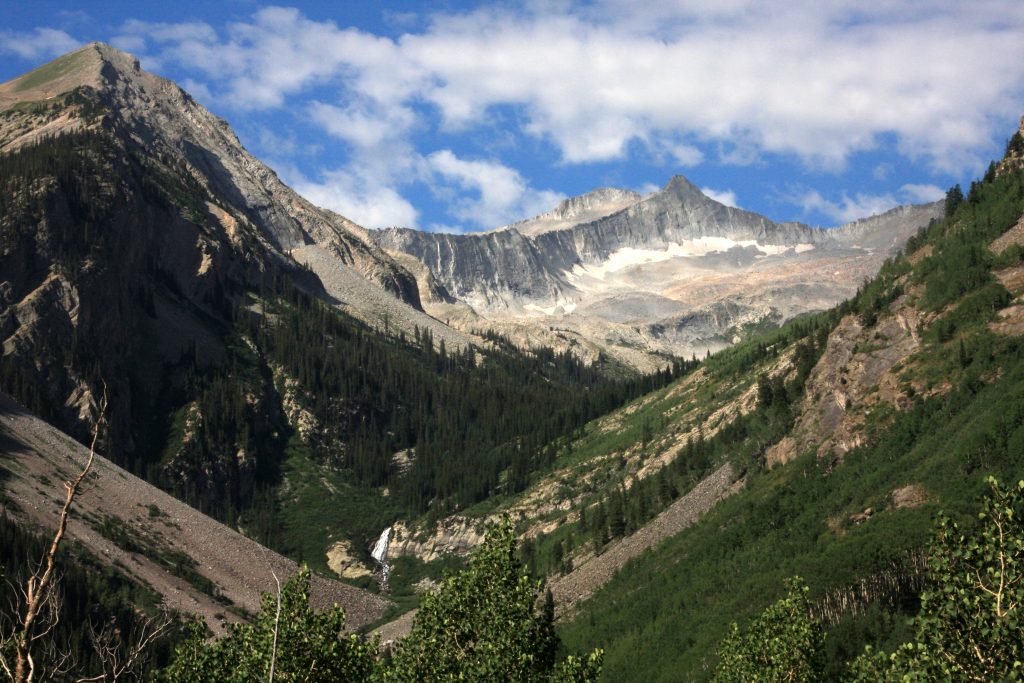 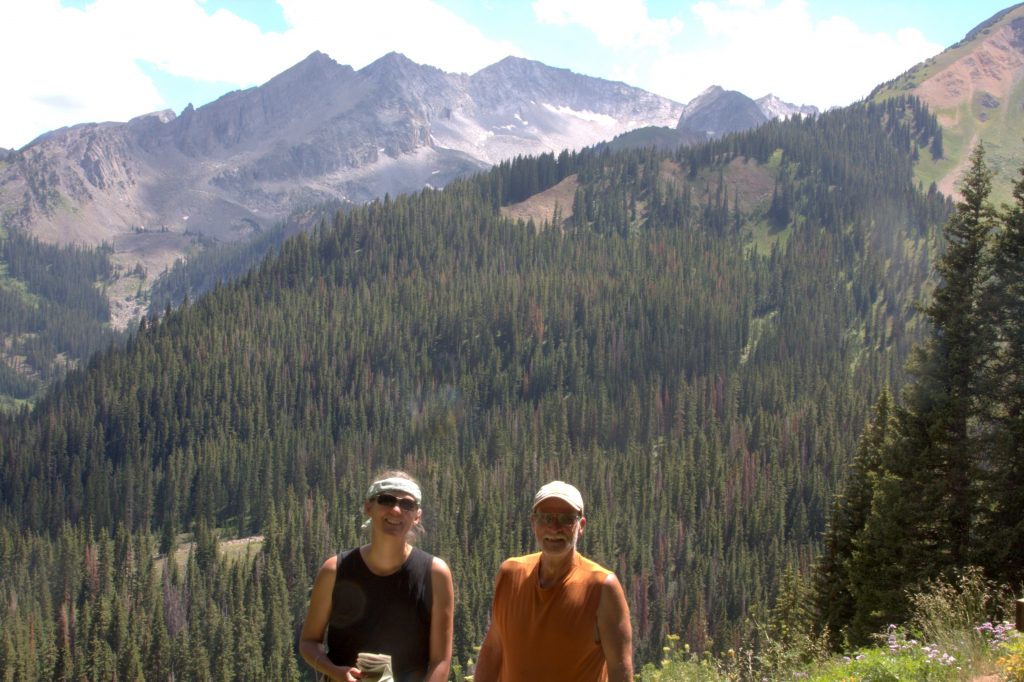 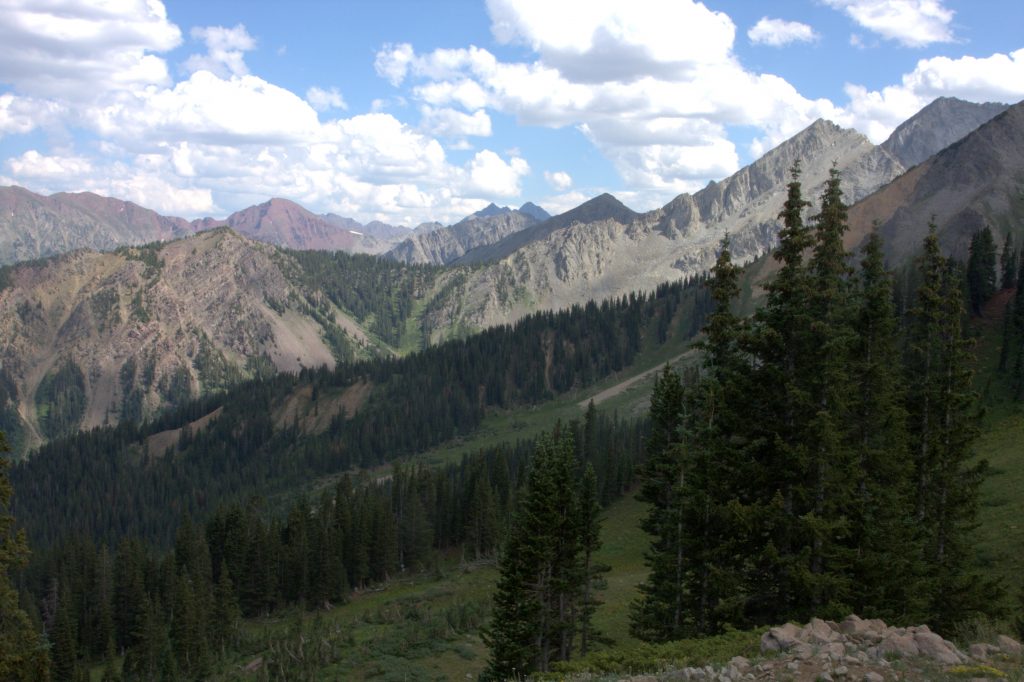 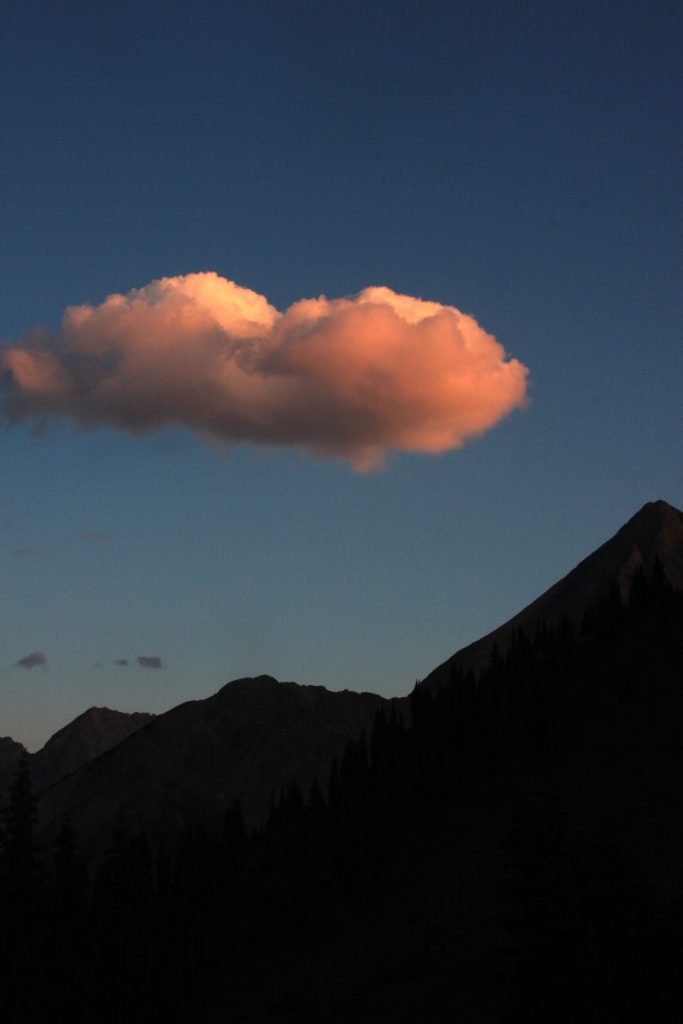 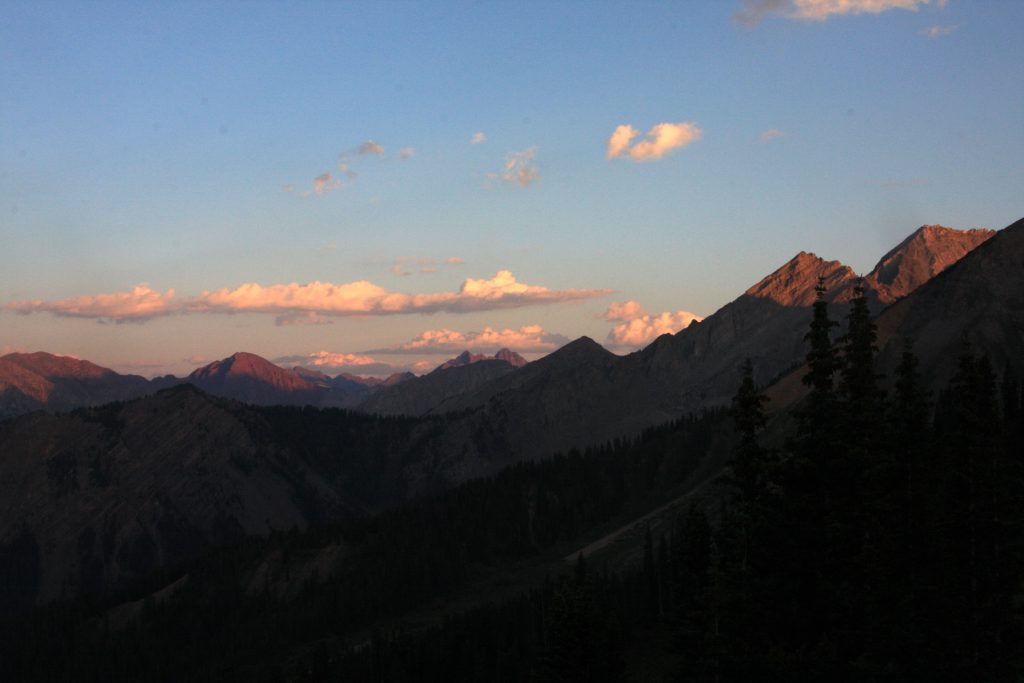 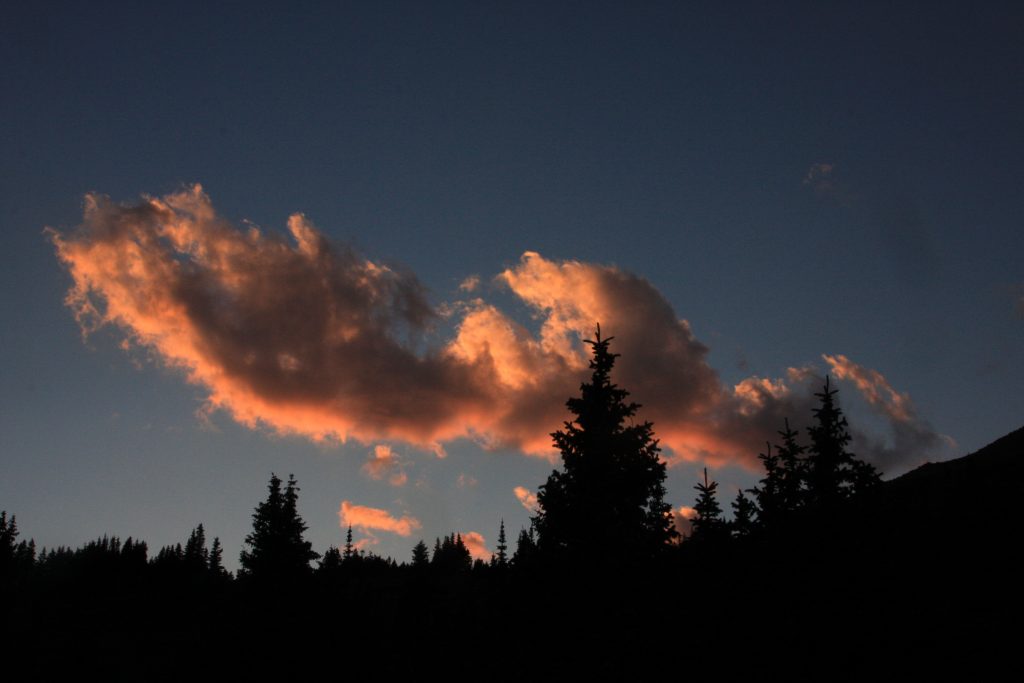 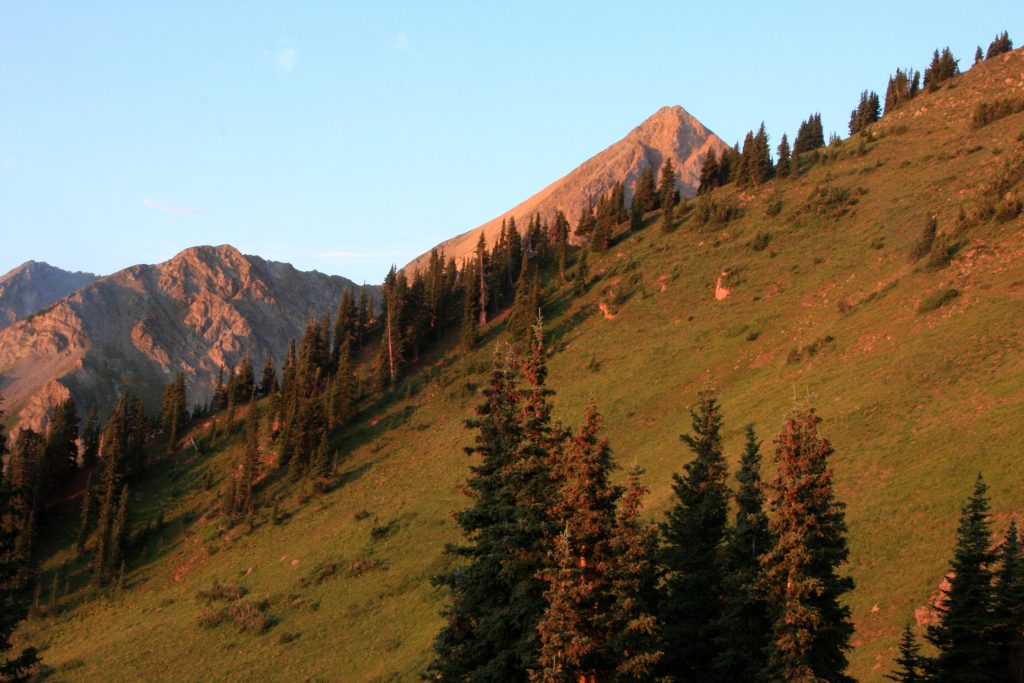 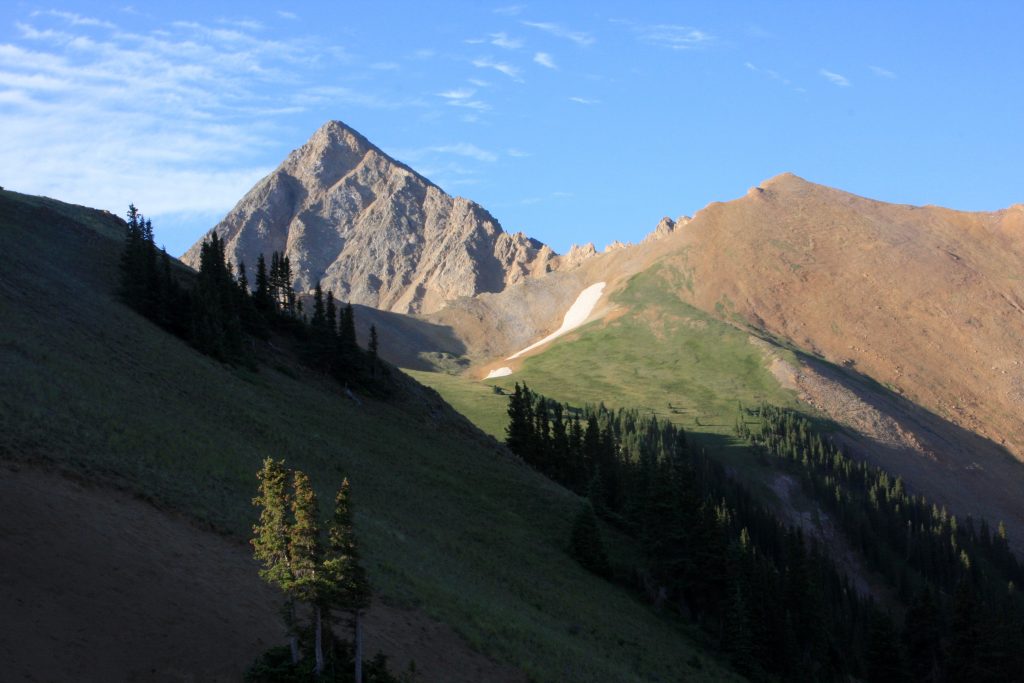 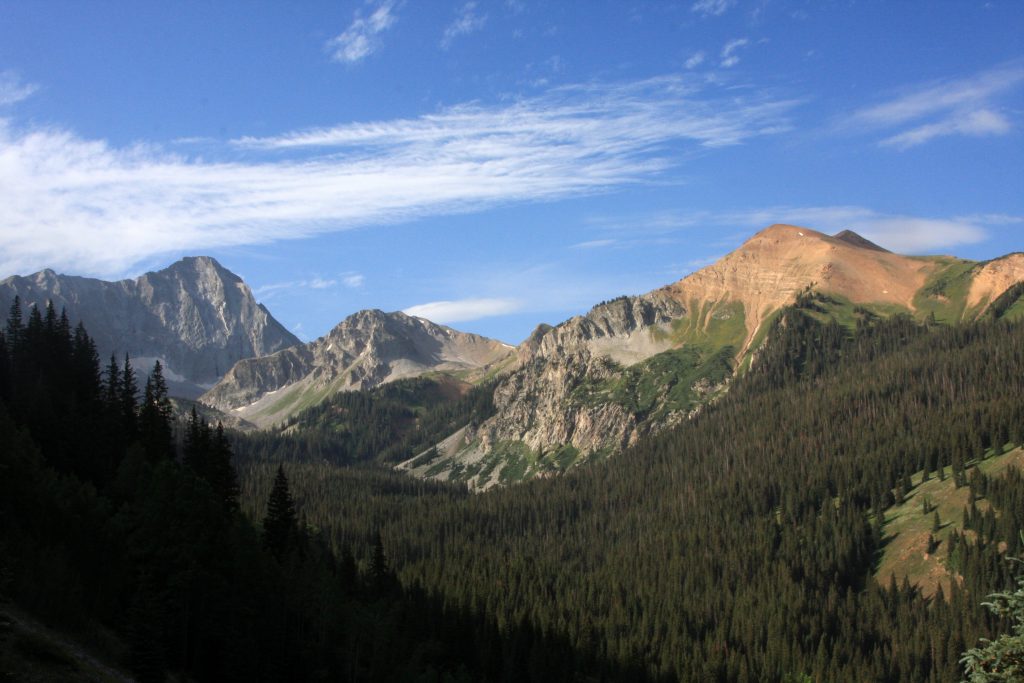