The next morning, we climbed from our campsite a short distance to the top of the unnamed pass, where we looked down on the Capitol Creek valley.  We saw cattle in the valley and the trail smelled bad in places, but after we came to a fence and went through a gate, the area became much more pristine.  We climbed to Capitol Lake which is a beautiful, aquamarine lake below the high walls of Capitol Peak.  We met some young men who told us that a climber had fallen and died there this last Saturday.   That day, when we were back in the Lead King Basin, we had seen rescue helicopters fly over, which were likely associated with the fall from Capitol Peak.  The climber had apparently tried to climb down the sheer north face of the mountain rather than return on the knife-edged ridge.  You have to respect the wild country or it will kill you.

From the lake we climbed over a pass, back into the Avalanche Creek valley where we had started the trip.  We stopped in the meadows below Capitol Peak to admire and take pictures of the wildflowers. We camped again at Avalanche Lake.  In the evening it started to rain and it rained all night, heavily at times.  When we arose in the morning, it was still raining.  We had to pack up our camp wet and skip breakfast.  It rained most of the morning while we hiked quickly down eleven miles to the trail head and the car.  At the trail head, we retrieved three cold beers that Dave had left in a bag in the creek tied to a tree root.  We toasted our success. 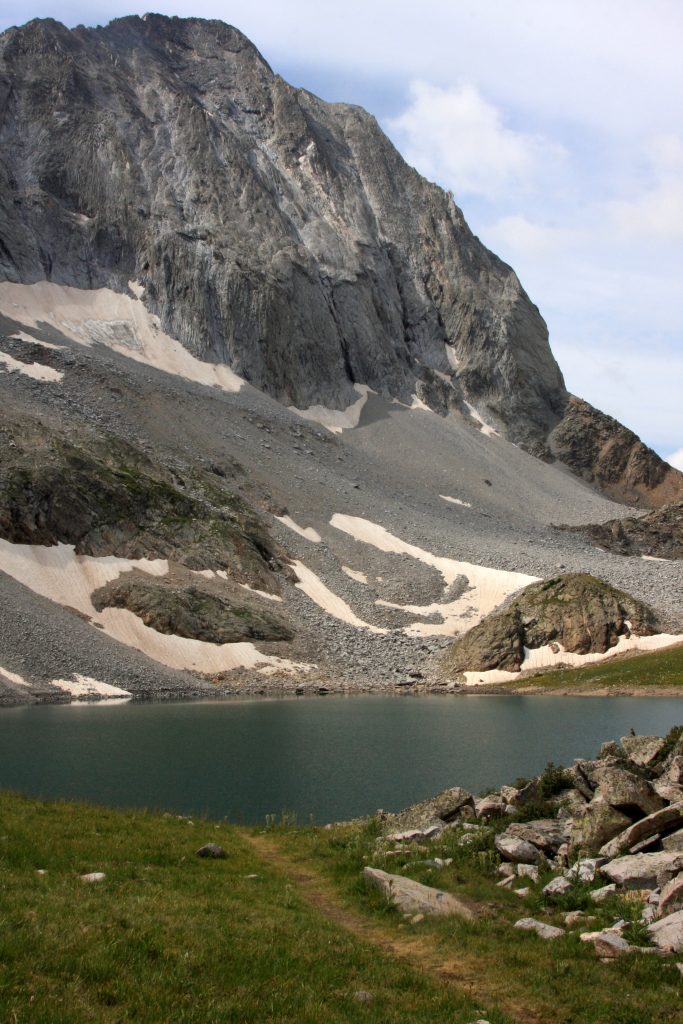 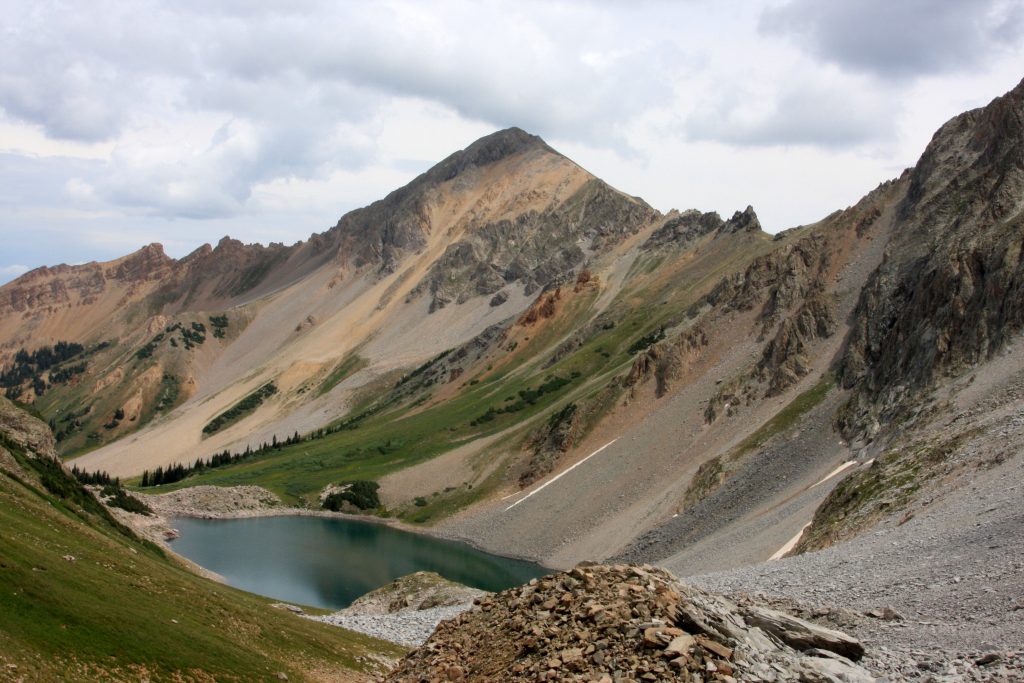 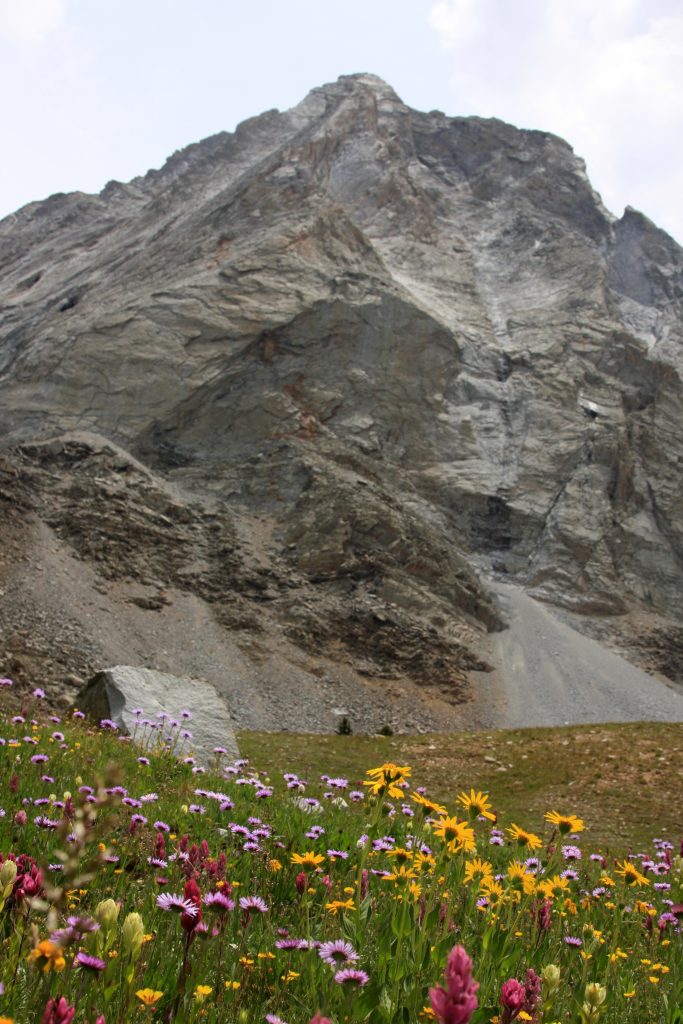 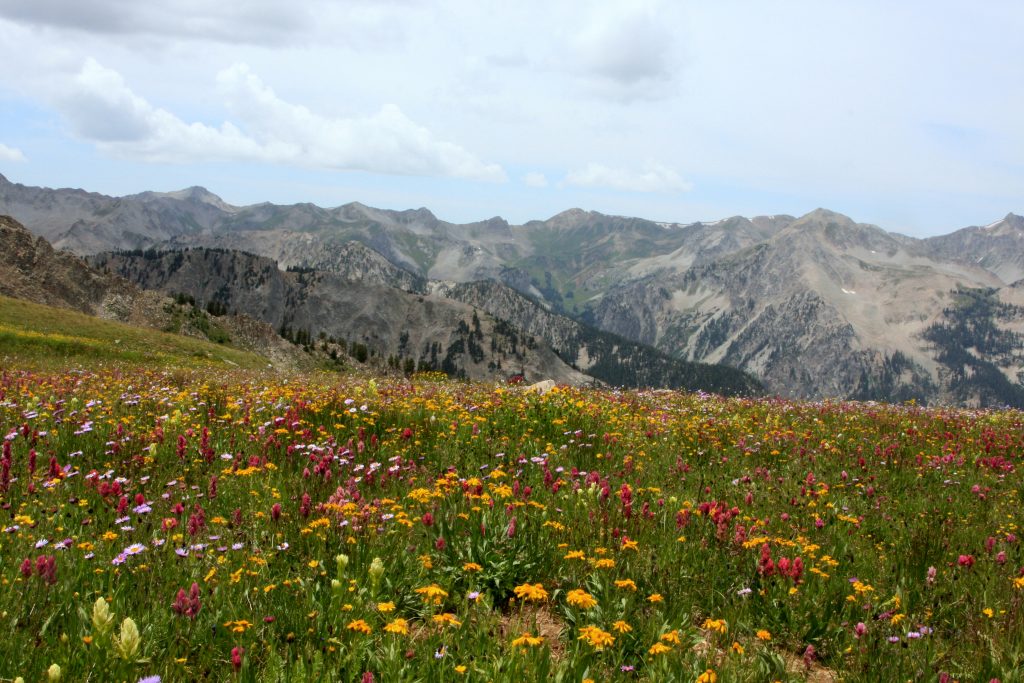 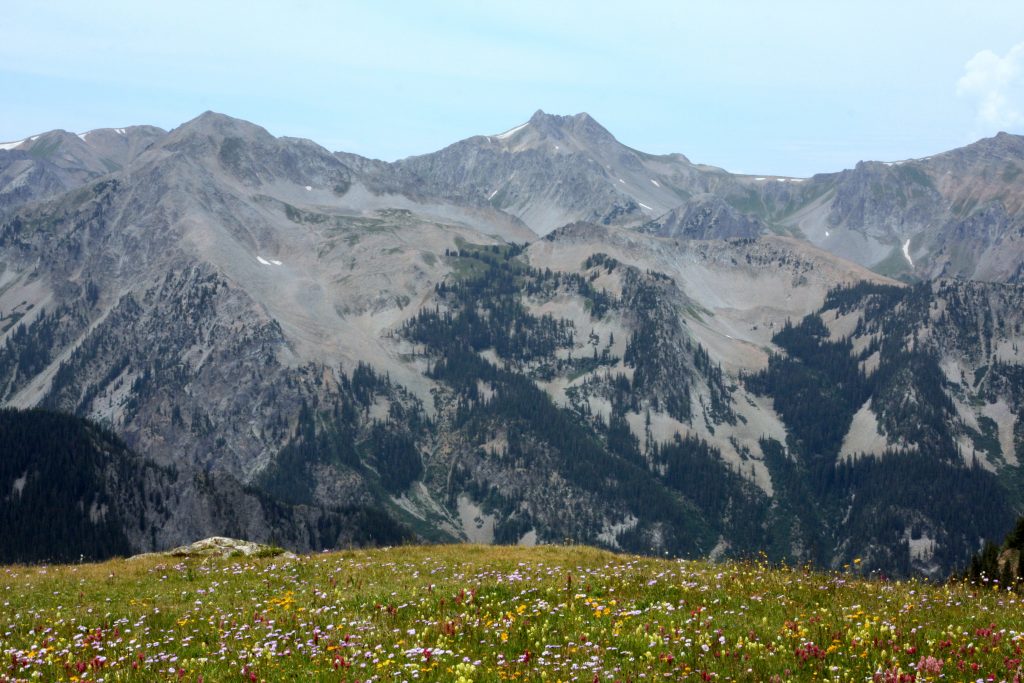 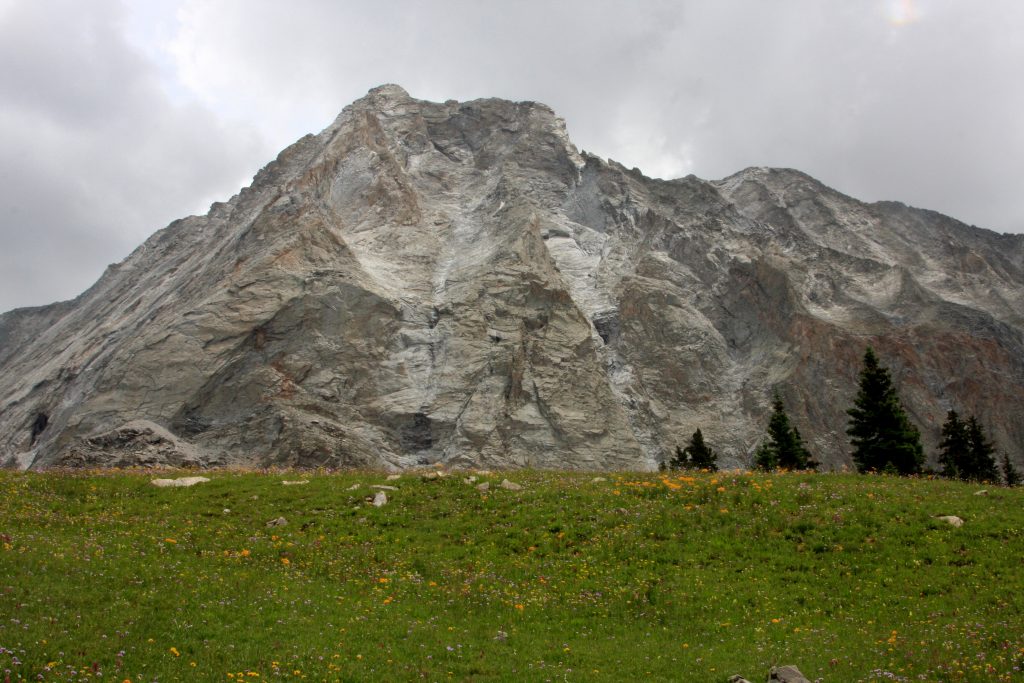 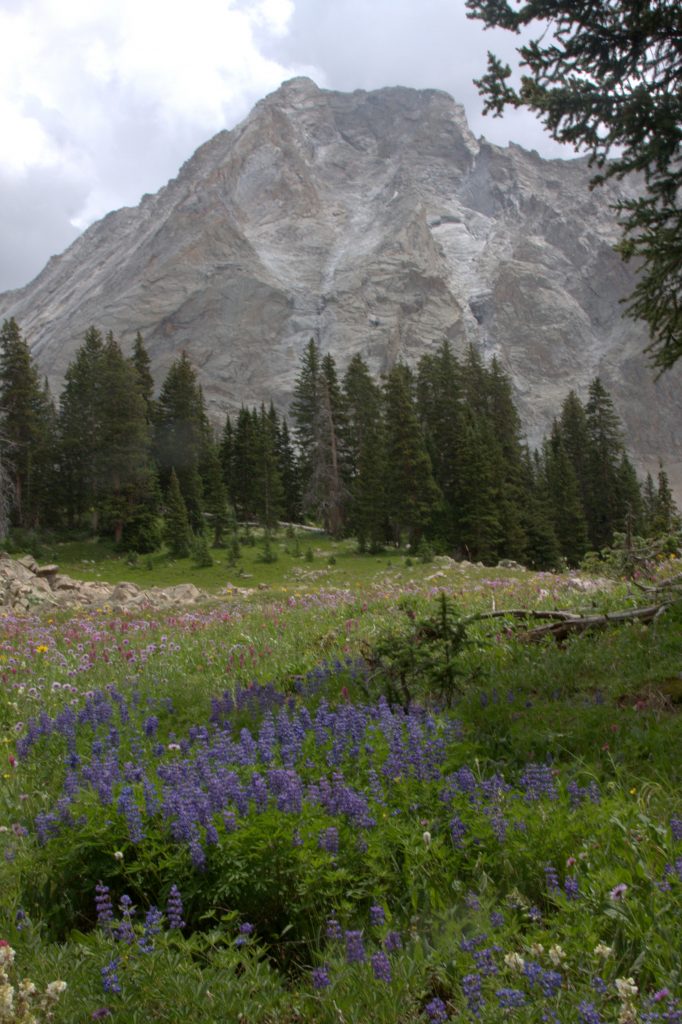