On Friday, July 19, we started a ten day backpack into the Maroon Bells Snowmass Wilderness, led by Dave Callais.  Four would hike for a full ten days and two would leave after five days.  We started from the Avalanche Creek trailhead near Carbondale and took two days to hike eleven miles up the valley.  The vegetation was lush and diverse in the riparian area with a rich mix of ferns and flowers.  There were asters, fireweed, geraniums, wild roses, monkshood and many others.  At one point along a tributary stream, we spotted yellow monkey flowers and golden columbines.

We found a large campsite that had been used previously by outfitters.  Unfortunately, they had left a large pile of discarded food containers along with gas canisters and other debris. Dave took pictures of the dump including a picture of a discarded cooler with the name of the outfitters to send to the forest service.

I spent much of the afternoon sitting by Avalanche Creek on the rocky shoreline watching the fast moving, clear water.  To me the stream represented perpetual motion, constantly moving and changing like the sky and even like the very canyon walls and high peaks above.  These harder structures moved beyond on our perception, but were in fact being carved by this same stream of water, clear as the blue sky above. 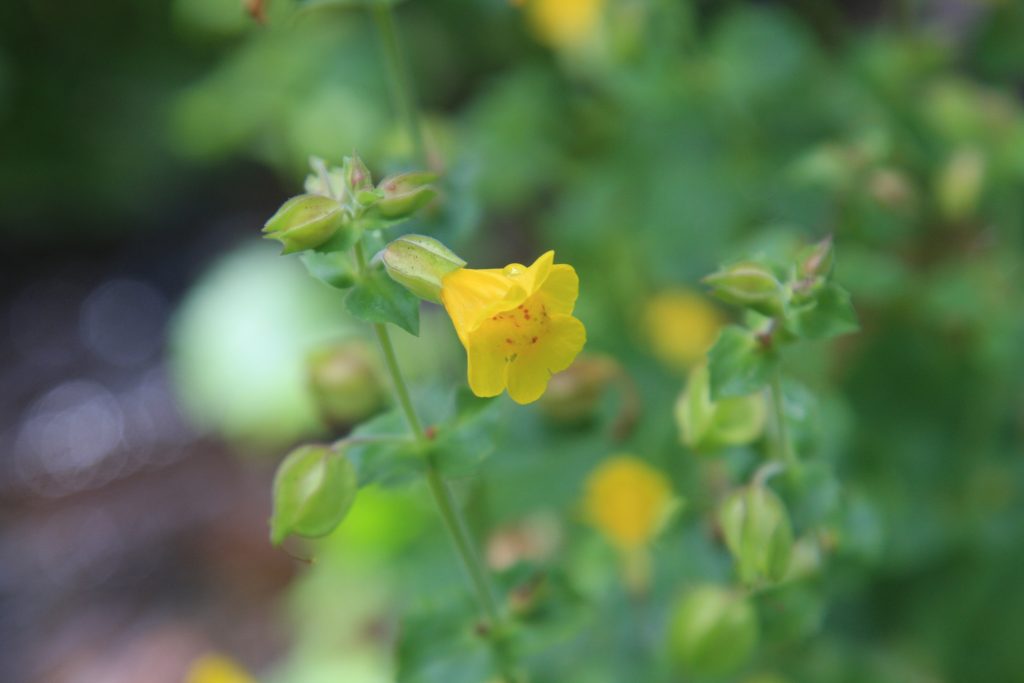 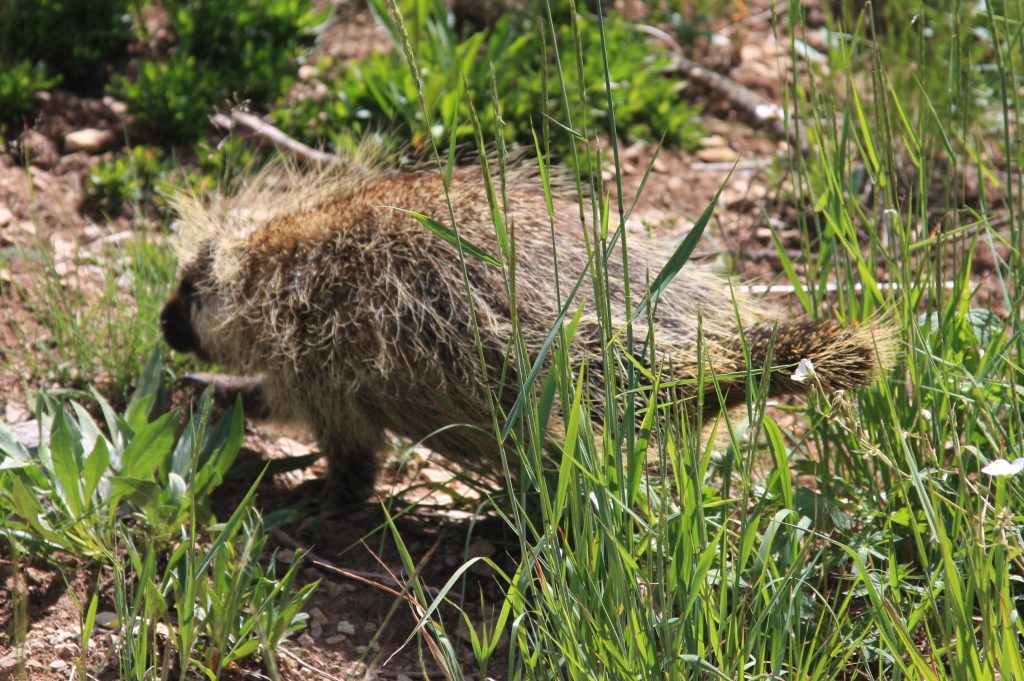 The second day we continued to climb up the valley and it became steeper closer to the top.  I used chanting in my head to develop a good climbing rhythm, and I generally climbed with two faster folks ahead and the rest behind me.  Near the top, in an open meadow, we turned to see Capitol Peak towering massively above us.   Next, we spotted a porcupine coming down the trail towards us.  It was clear he intended to stay on the trail and expected us to yield.  However, when we started taking pictures of him, he headed off the trail, into the meadow.

When we reached Avalanche Lake, we set up our second camp among tall trees.  Dave began fishing and eventually caught a sixteen inch cutthroat trout.  Some hiked up to the pass above Capitol Lake where four of us would return at the end of the hike.  I worked my way around the lake, across boulder fields and difficult terrain to try to get pictures of Capitol Peak behind the lake.  It turned out to be too difficult to get a picture framing both the lake and the peak.  On the far side of the lake, I heard strange screaming above me.  When I looked above, I saw large back birds flying among the peaks, calling to my solitude. 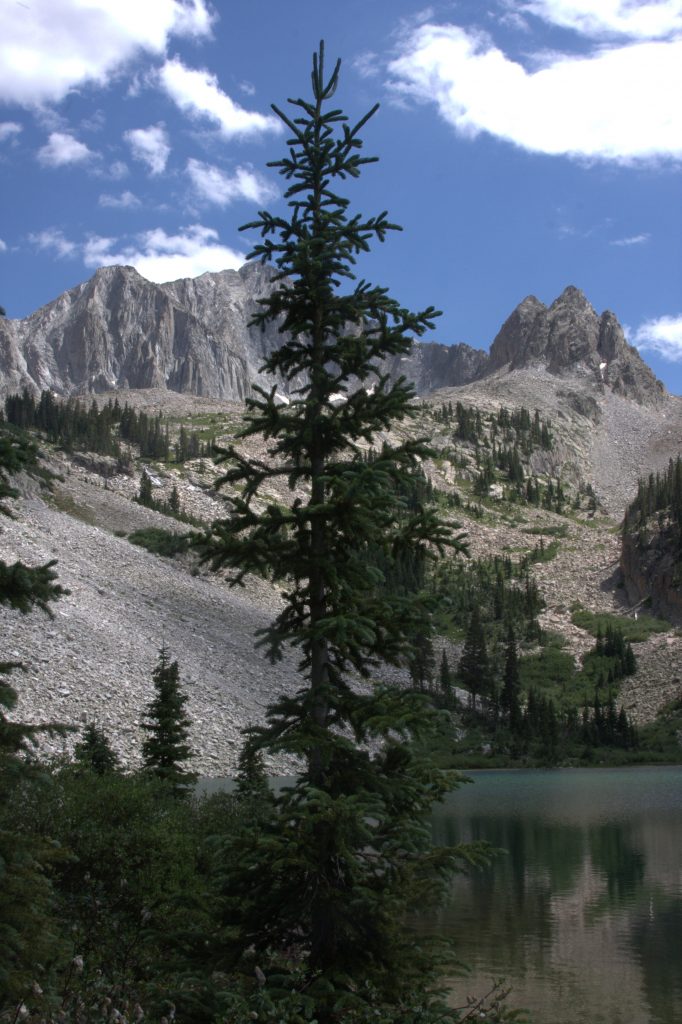 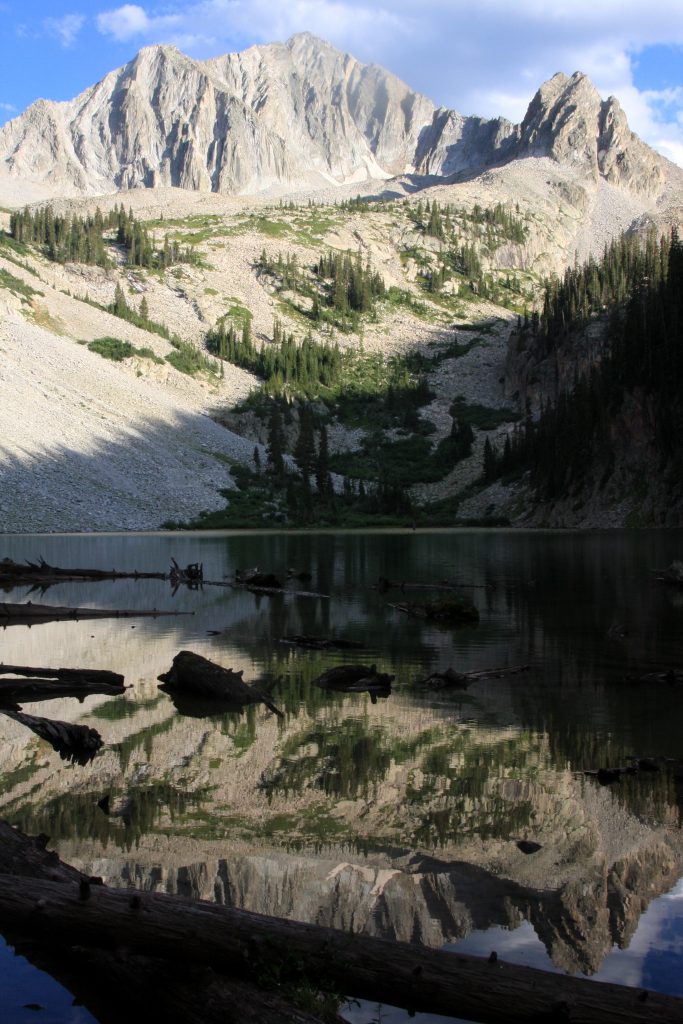 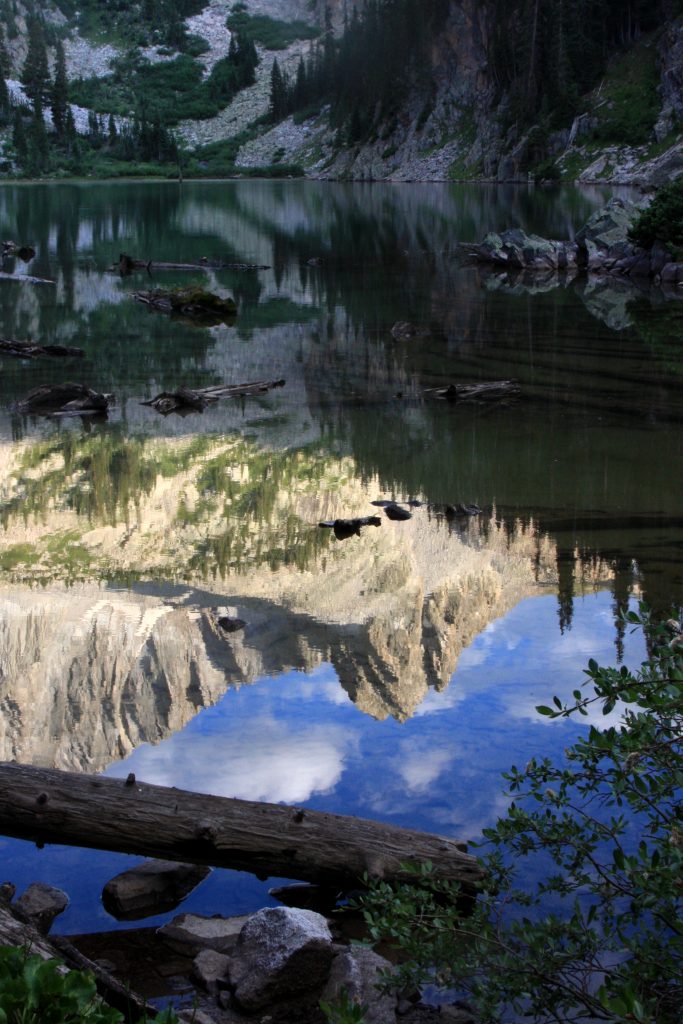 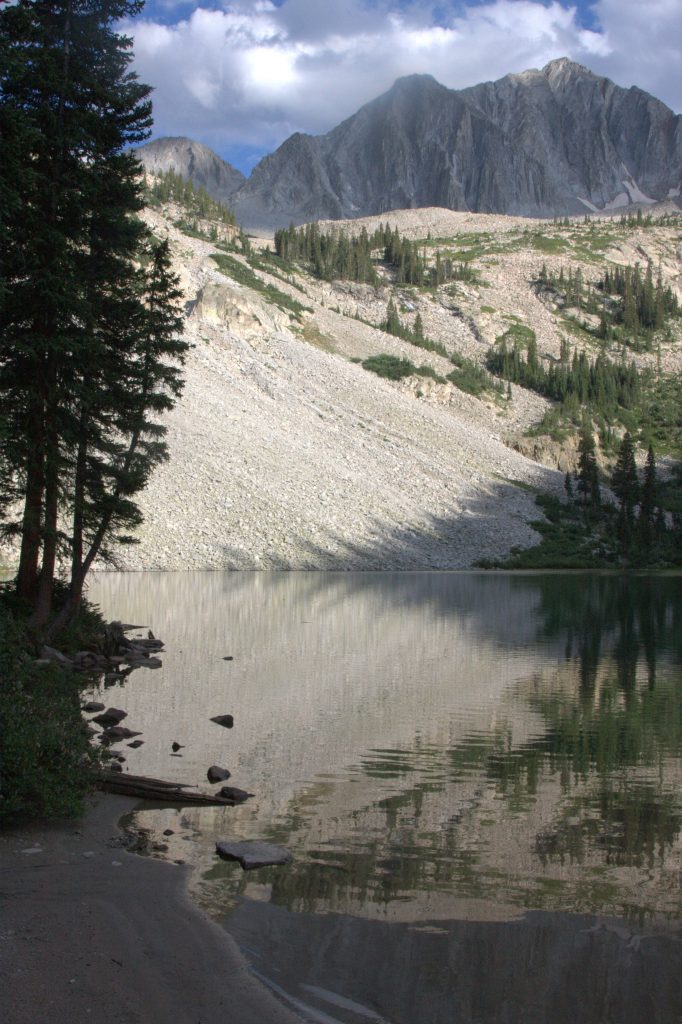 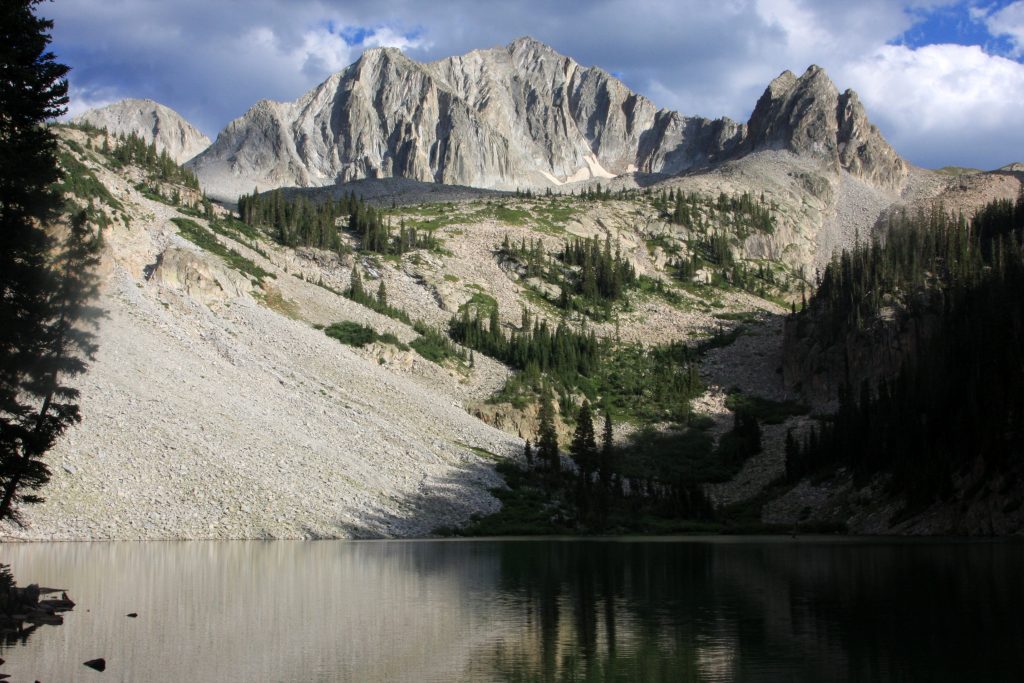 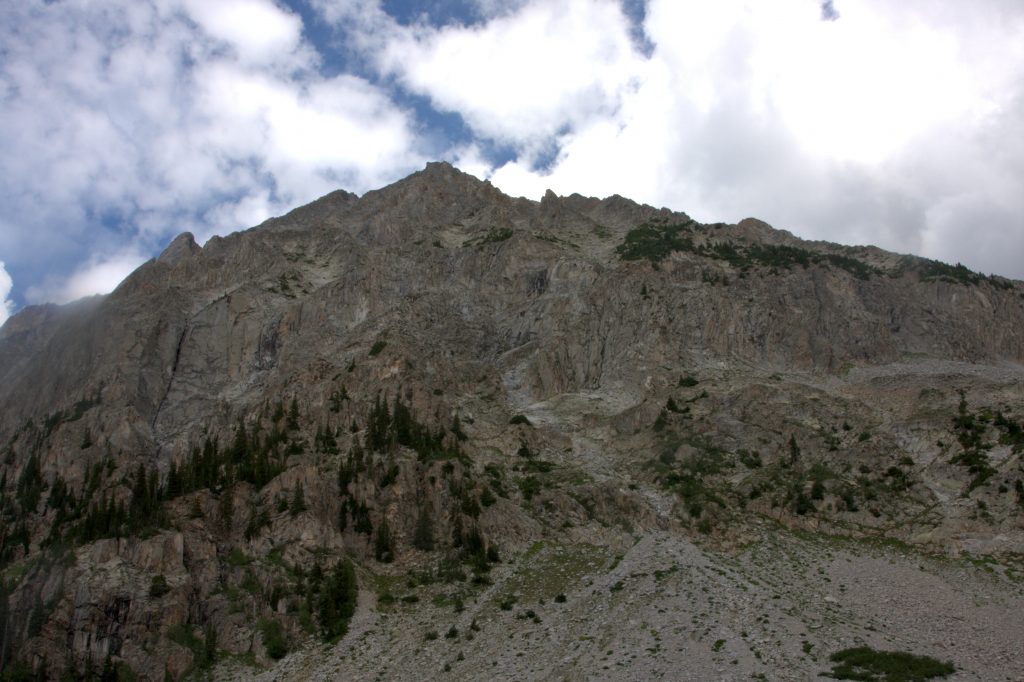 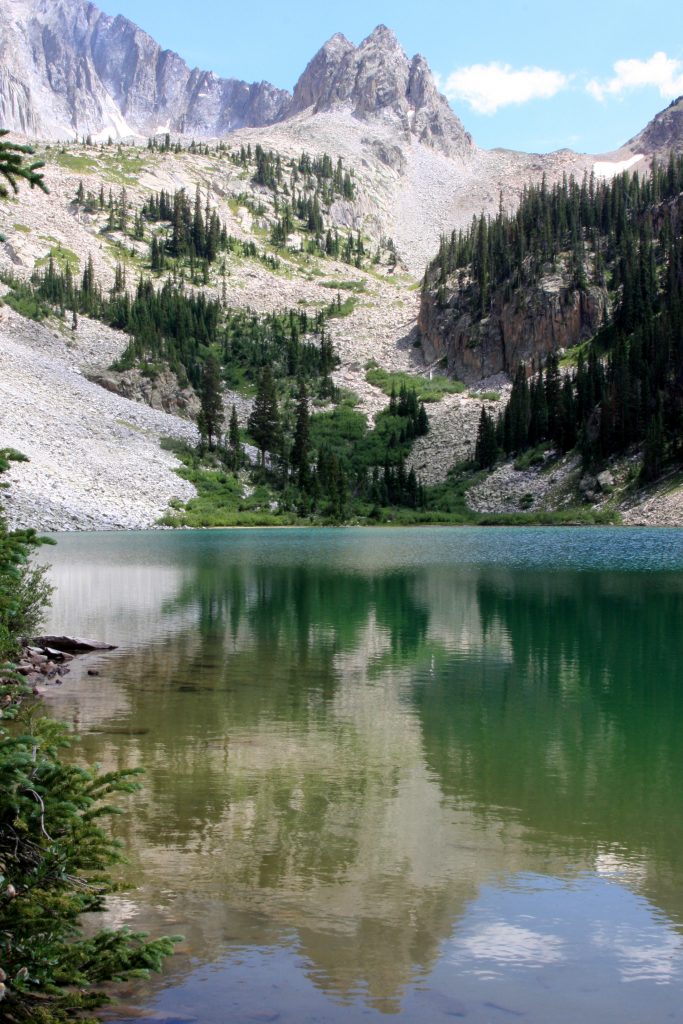 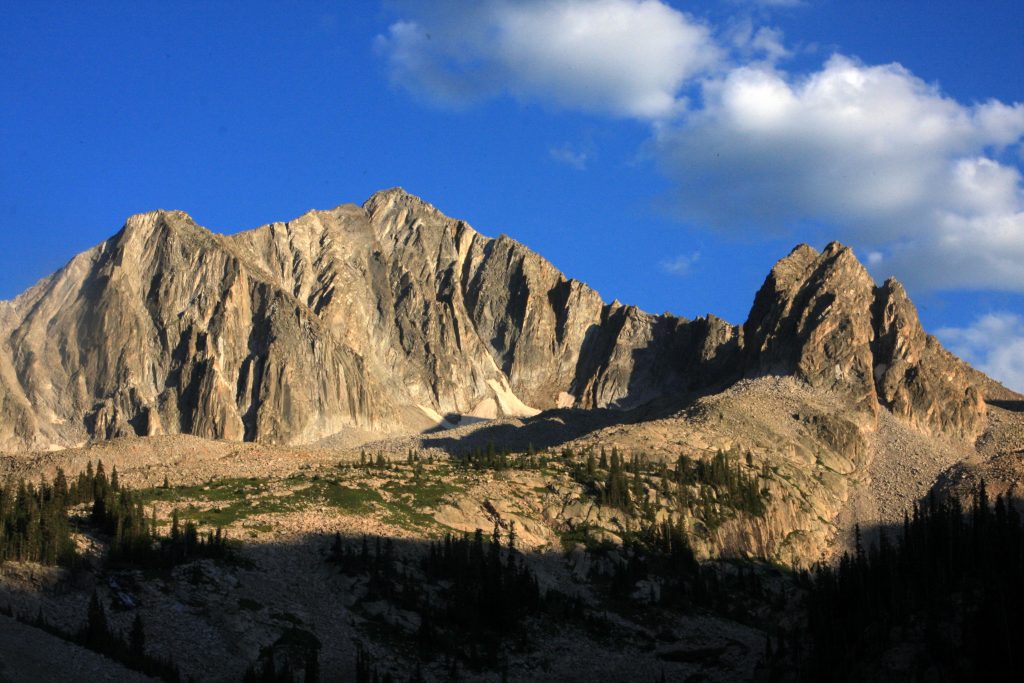