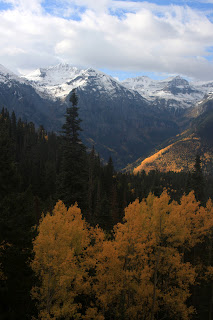 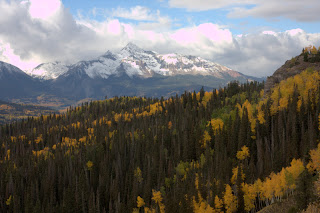 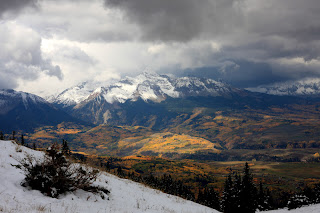 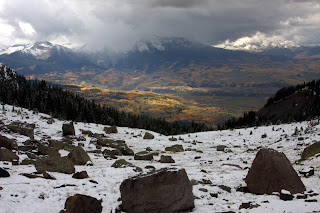 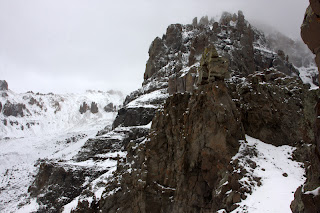 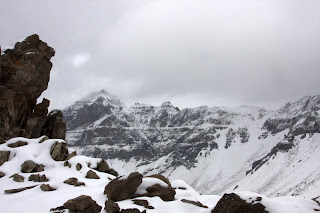 Next I hiked the thirteen mile loop that starts at Telluride and crosses into the Sneffels Wilderness for a few miles. It was mostly overcast on this hike.  The hike climbed for miles through the forest and finally entered the snow covered Pack Basin.  There were nice views from Pack Basin, across the San Miguel Valley to the fourteeners in the Lizard Head Wilderness. As I followed the snow covered trail, there were no human footprints.  However, for several miles I hiked over the footprints of a large cat that had been traveling in the opposite direction.  Because of the size of the prints, it was either a lynx or a small mountain lion.  From Pack Basin, I climbed switchbacks into the clouds to the top of a ridge at 12,250 feet and then down into Mill Basin.  From the top I could again see Dallas Peak.  There was a nice waterfall down in Mill Basin.  There were several short showers of grapple during the hike.  This was one of the best trail loops on which I have hiked. 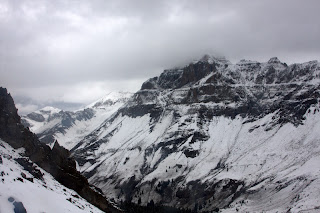 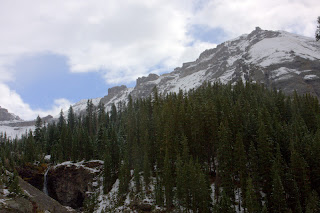 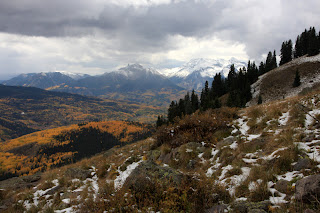 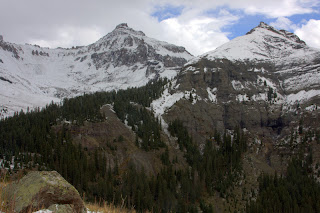 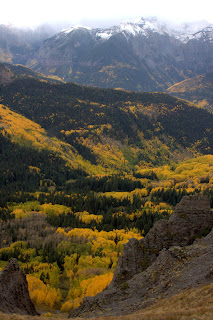 Karen
Beautiful place. Can I take Butch there?