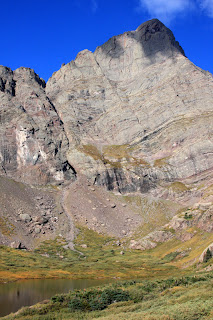 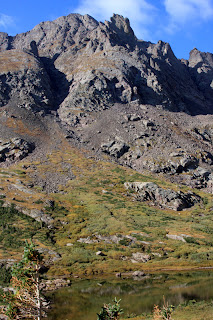 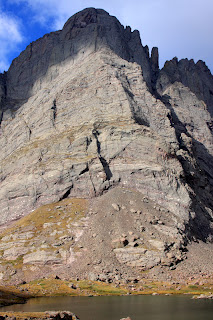 On last Saturday, September 8, the Colorado Mountain Club sent groups to climb all the public 14ers on the same day in order to celebrate the one hundred year anniversary of the Club.  I climbed 14,064 foot Humbolt Peak in the Sangre de Cristo Wilderness Area of Colorado with a small group from Pueblo.  We started with a long hike in the morning sunshine past the two Colony Lakes located under the tower peaks of Crestone and Crestone Needle.  As we started to climb Humbolt, we saw the fog of low clouds gather at the tops of the peaks.  After a long climb over tundra and boulders, we reached the top, surrounded by fog.  As we rested on the top, we saw various surrounding mountains appear and disappear among the clouds.  Sunshine and clouds alternated as we descended. 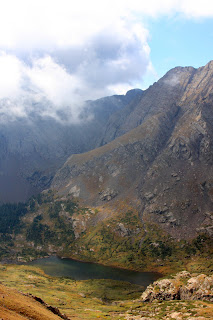 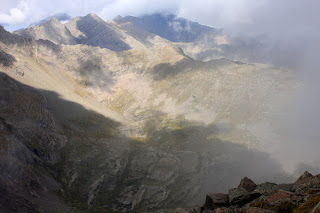 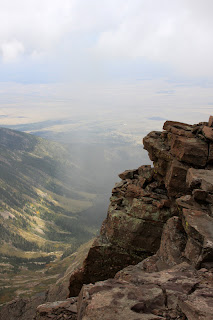 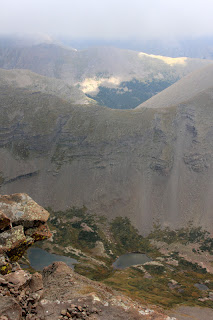 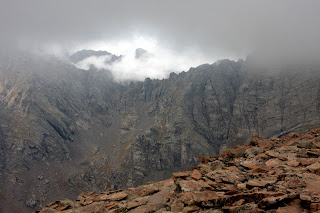 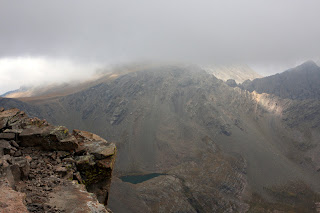 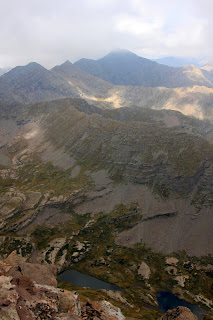 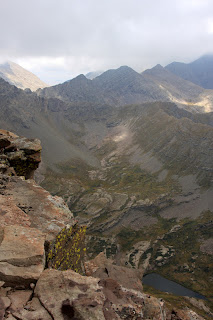 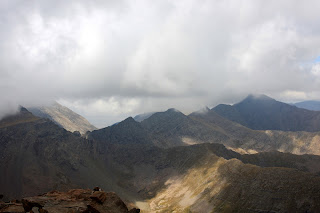 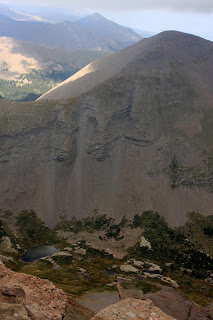 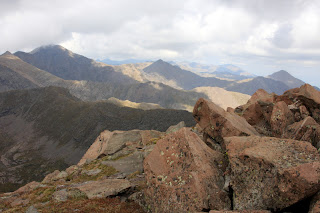 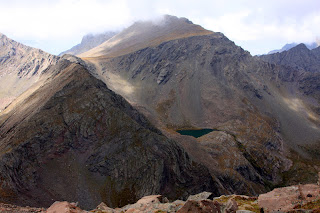 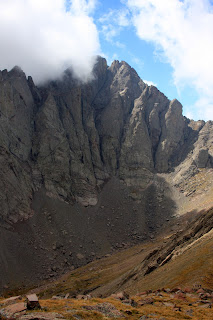 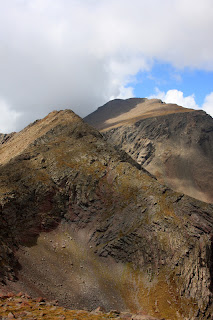 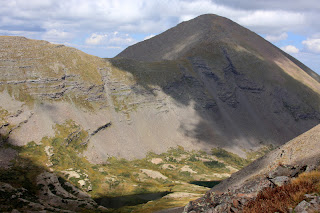 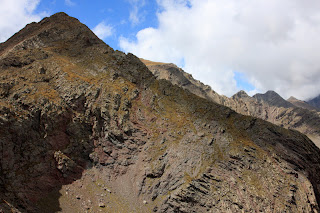 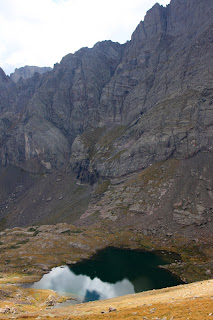 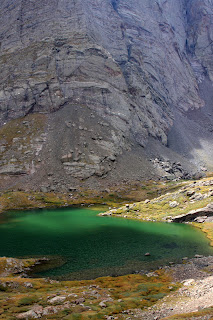