Last Saturday I hiked a mile and a half into the Mount Massive wilderness and set up camp at the junction of the North Halfmoon Trail and the trail climbing the south side of Mount Massive.  After setting up camp, I hiked up the Halfmoon Trail to North Halfmoon Lakes.  The trail ascended through the forest up the Halfmoon Creek valley.  I had some trouble following the trail to the lakes above treeline.  On the way down from the lakes, I learned I had missed a side trail that involved crossing the wide and shallow creek.  Instead, I followed the main trail which climbed up through the grassy tundra up onto a high knoll where I lost the trail. Looking around for the trail, I discovered that the lakes were below.  This was in fact fine, because the scenic way to approach alpine lakes is from above and it was an easy descent to the lakes.  The upper lake was located tightly among the steep walls of high peaks.  Descending to the lower lake, I could see pyramid-shaped Mount Elbert, the highest peak in Colorado, across the valley.  Across the lower lake from the south, I could see exceptionally long Mount Massive, the second highest peak in Colorado.  While I hiked and in the evening in camp, the weather changed rapidly as clouds raced continuously across the blue sky.  During most of my descent back to camp, it was sunny and quite warm.  In the evening, several short but intense rain showers moved over my camp. 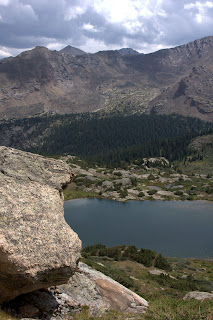 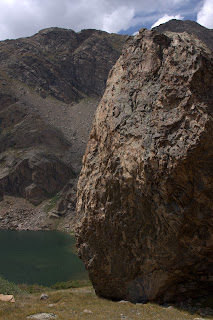 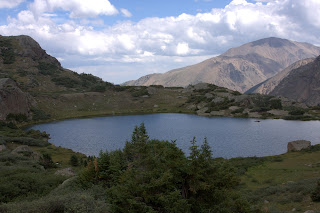 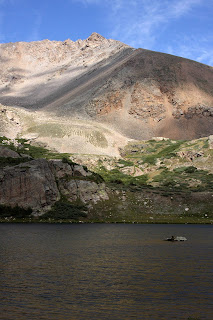 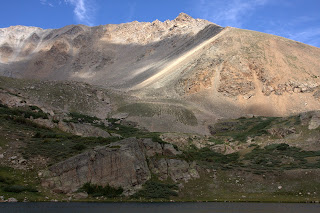 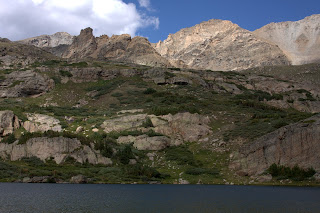 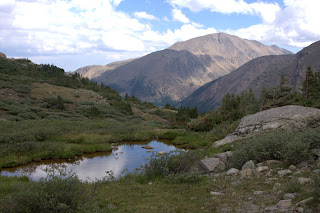 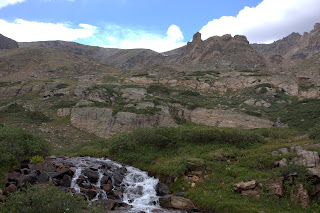 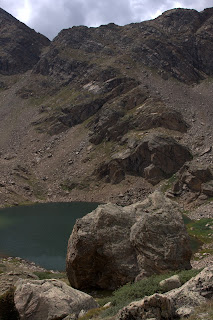