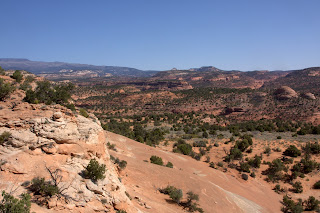 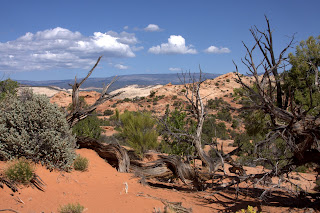 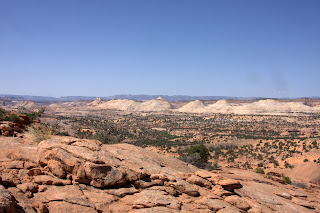 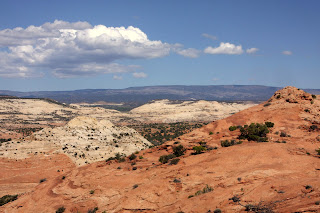 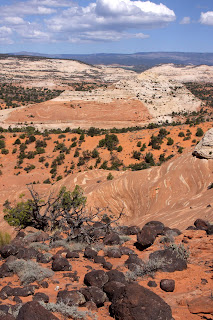 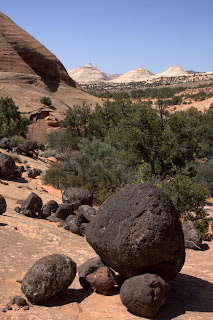 After a night of car camping, we climbed steeply up from the Gulch Trailhead, over loose rock, onto sandstone.  We hiked over a sandstone ridge covered with ancient black, round boulders.  From the top of the climb, we could see back to a number of mesas and domes and down to Long and Upper Gulch canyons. From the top of the ridge, we looked southeast to the beautiful white domes and fins of the Navajo sandstone.  We climbed steeply down the slick rock into an unnamed canyon.  At first, it was filled with cottonwood trees and dense undergrowth.  We had to work our way through the brush.  Soon it became very sandy and hot.  The sand was a very fine powder resulting in hot, tiring footing. Twice, we had to climb up the side of the slickrock canyou to get around pour-offs. Both pour-offs had pools at the bottom.  We hiked down into a lovely wooded area looking for a spring which we discovered had dried up. We continued to the junction with the Gulch Canyon which had a running stream.  We camped in a stand of tall cottonwoods. 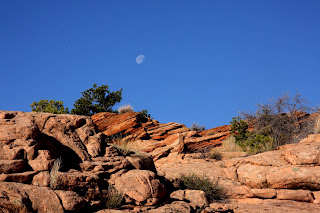 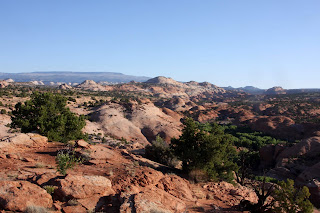 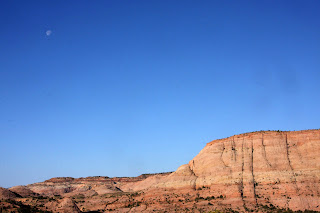 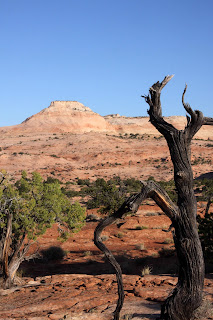 The following day we day hiked up onto the distinctive, white slick rock of the Navajo sandstone.  Early in the morning, before we left, I climbed up the slick rock behind our camp to a place with views in all directions.  That day, we hiked up a side canyon to a high point and then down into another canyon.  The broadly flowing landscape was very different from the steep sided canyons we had been in previously.  The hard sandstone fins and domes had curved lines and rectangular fractures.  We hiked down past several large water tanks or potholes some of which had water in them.  Several of the hikers got drinking water out of one small hole that contained very clear water because it was completely surrounded by stone.  Herb drank the water without treating it. We went down the side canyon to a junction with Deer Creek, which was in a narrow, deeply incised canyon with deep, rapidly flowing water.  There was no place to walk in that canyon but in the water.  We turned around and climbed over saddle to another canyon and went down it to another junction with Deer Creek Canyon where that canyon was wide, open and densely vegetated.  It was a warm hike.  On the return trip, we stopped at one of the larger tanks and had a swim.  It was nice to get back to our cool, shaded camp with its large stone wall.  After the hot bench above, our camp felt air-conditioned.  While we rested, the cotton seeds fell from the trees like snow.  The next morning, the hike up the Gulch to the trailhead was easy. 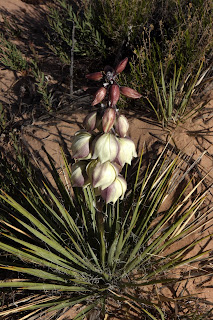 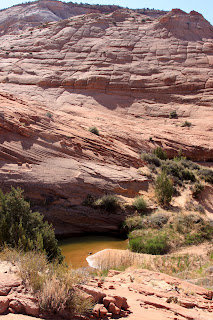 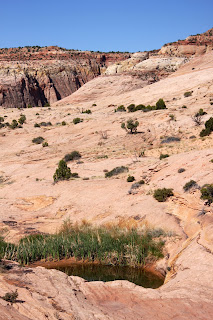 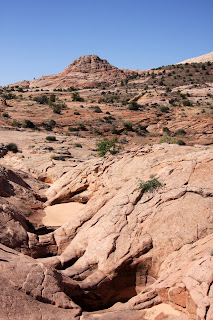 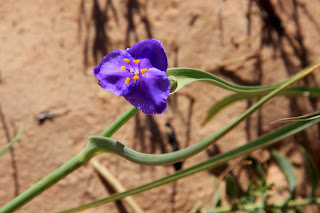 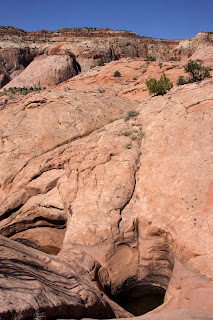 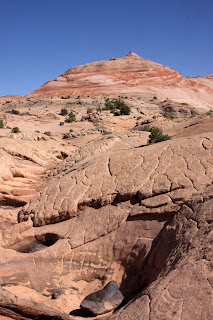 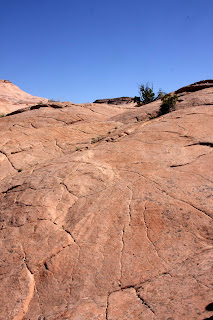 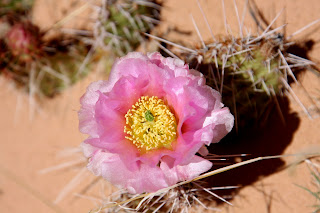 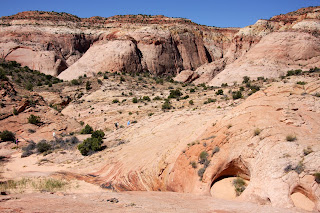 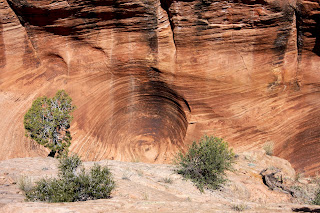 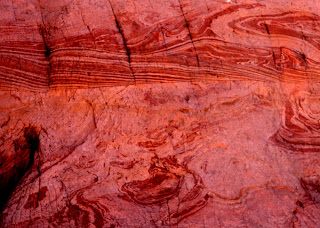 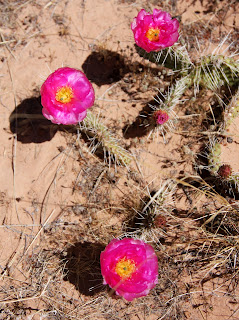 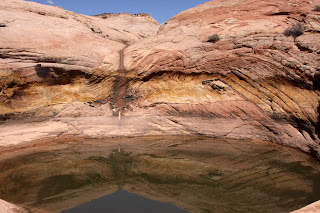 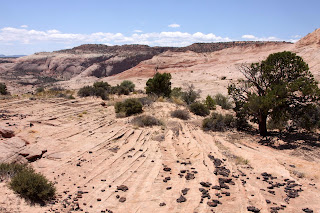 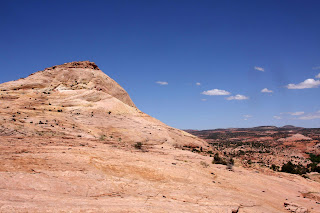 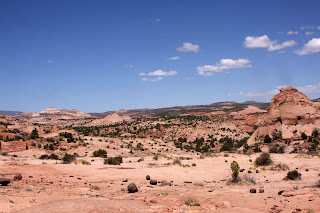 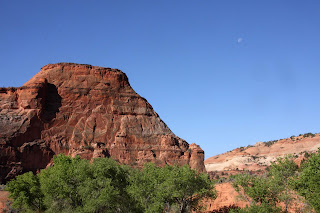 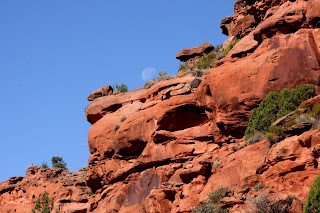 Joni
Great pics! The purple flower is called a Western Spiderwort Flower. Saw some today and looked it up.