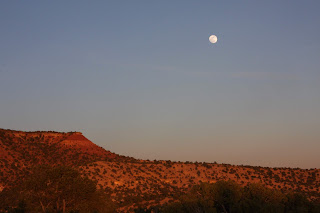 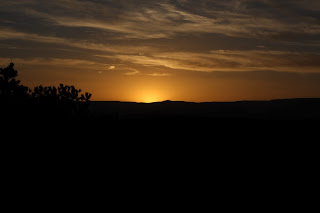 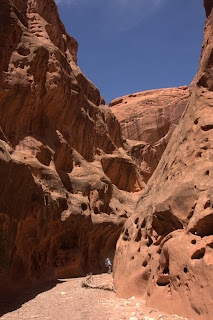 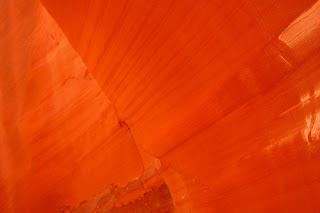 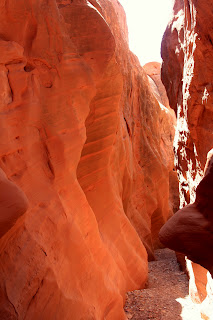 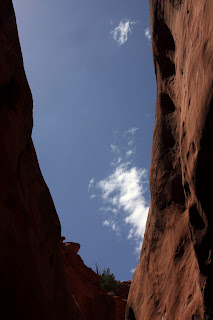 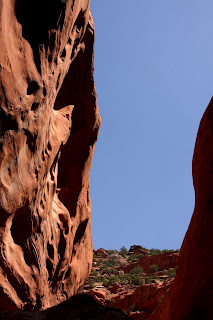 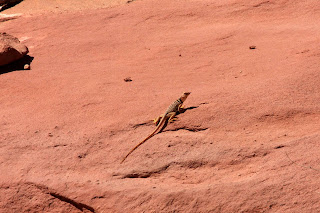 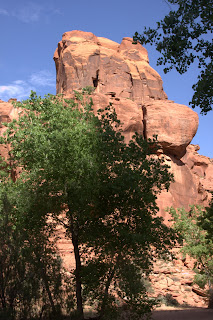 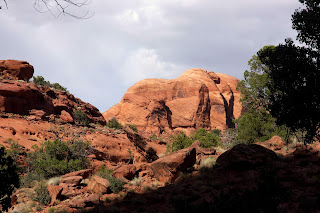 In the North Escalante Canyons Wilderness Study Area, on a five day backpack lead by Herb Taylor, we started down the Little Death Hollows canyon.  Herb had been warned about a dead cow in the narrows of the canyon, but we decided to go anyway. After hiking for over an hour, we started to descend into the narrows where often you could touch both sides and sometimes had to squeeze through. We in fact saw three dead cows that had gotten trapped in the canyon.  The first two were very desiccated and didn’t smell much.  The third cow was very large and had gotten trapped head first down a small drop off and smelled quite a bit. We climbed onto a low ledge to get around it.  We enjoyed the narrow canyon with walls sometimes as high as fifty feet or more.  At one point, we had to crawl through a hole under boulders on our stomachs, feet first, dragging our packs behind us.  Soon, the canyon opened and we reached the junction with wide Horse Canyon and camped a distance downstream on a sandy bench in a stand of cottonwoods. 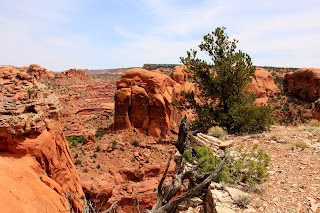 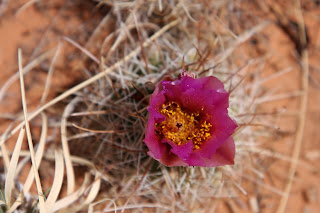 The next morning, under continuing bright sunshine, we hiked a mile down Horse Canyon to the junction with the Escalante River.  We found the river to be unusually high and rapid. Herb tested the crossing and found it to be difficult.  We decided it would be prudent to not continue with our plan to follow the river, crossing it a number of times.  Instead, we returned to our previous night’s campsite to stay another night.  We climbed steeply up a rocky, rugged couloir  located near camp up onto the King Bench and there viewed outstanding vistas containing canyons, mesas, buttes, and domes. We had a very nice day hike over to the Gulch Canyon side of the Bench.  We saw a bright red flower of the Claretcup cactus. 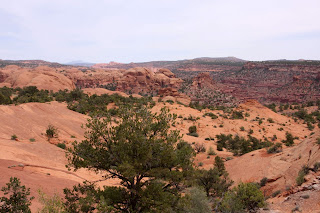 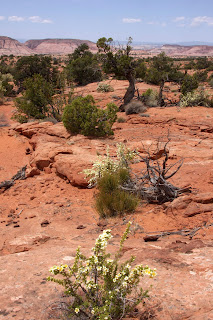 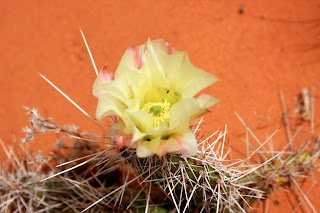 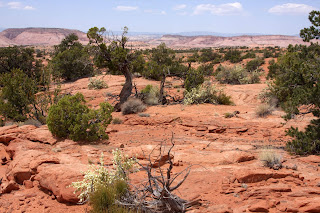 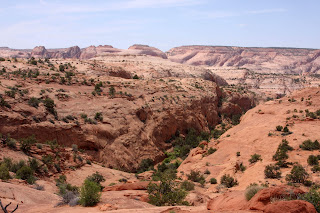 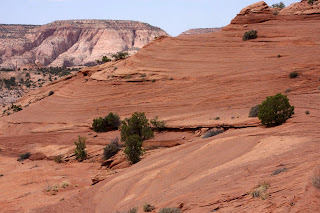 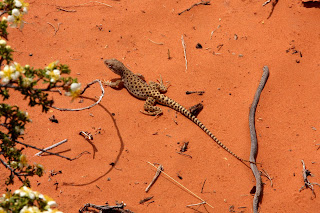 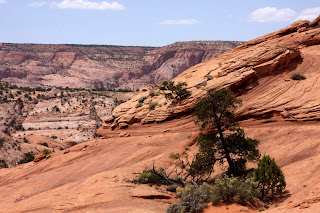