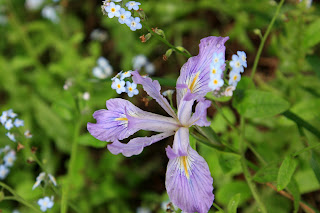 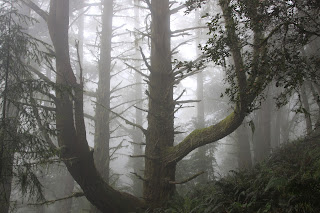 While visiting my Mom in the East Bay Area of California, I took a part of a day for a wonderful hike in Marin County.  Starting in the Town of Stinson Beach, I hiked up the Matt Davis trail in a forest of alder, thimbleberry, bay and buckeye with a carpet of ferns underneath.  When I started it was misting and overcast, which seemed perfect for the verdant, dense springtime vegetation. Throughout the hike there was a great diversity of wildflowers. As I ascended the trail, Douglas fir began to dominate the forest followed by redwoods. 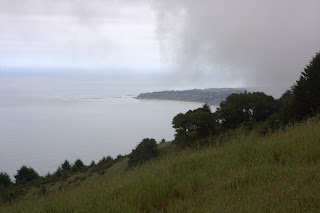 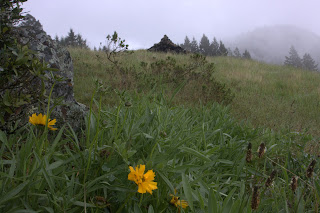 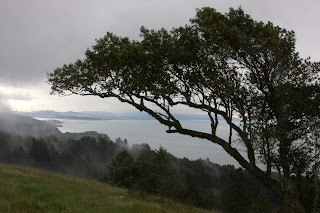 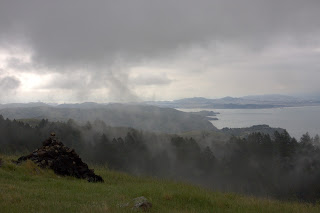 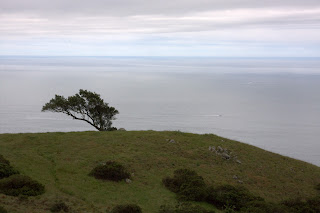 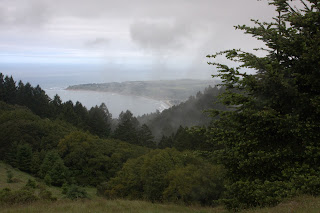 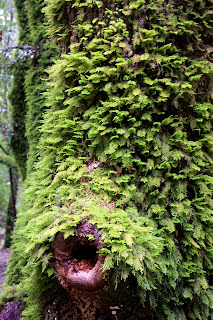 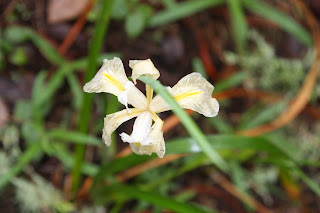 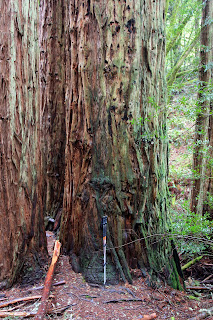 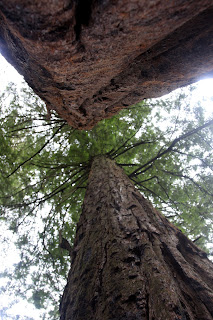 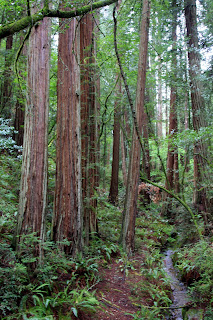 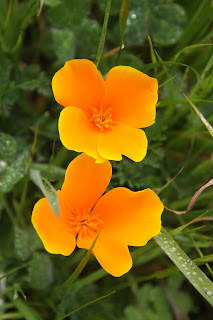 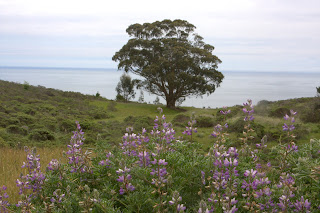 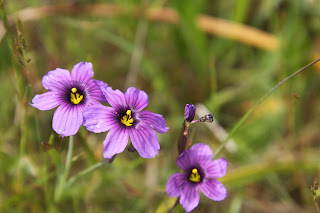 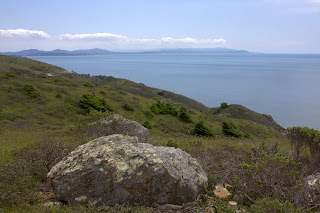 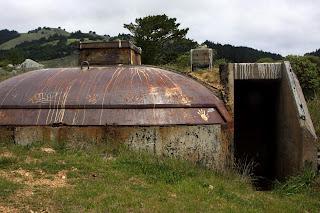 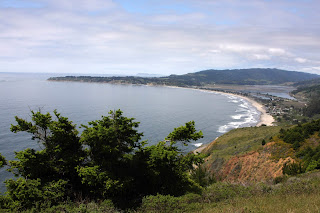 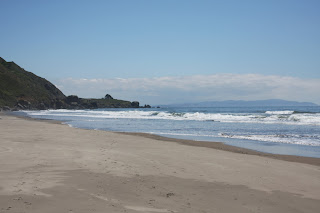 After about an hour of climbing, I left the forest and began to cross high, grassy meadows.  It was foggy there above the forest.  I left the main trail and hiked a short distance west to a high knoll overlooking the Pacific Ocean, which I viewed far below through streamers of fog.  I continued down through meadows and forest to a picnic ground where I started descending the Steep Ravine Trail which went through a steep-sided canyon, following a stream.  As I descended, the sun came out and I began to walk under large redwood trees.  I turned right on the Dipsea Trail and climbed through the forest to a highpoint in a meadow, overlooking the ocean.  From there I descended and left on a side trail for a short distance to find a beautiful spot for lunch with an ocean vista.  I ate lunch on top of the old World War II bunkers that dot the coast.  From there, I descended through meadows and forest back into the Town.  I went down to the beach to soak my feet in the cold Pacific Ocean.  On the drive home, I turned back into the park for a short distance and climbed a knoll to photograph some final ocean vistas in the sunshine. 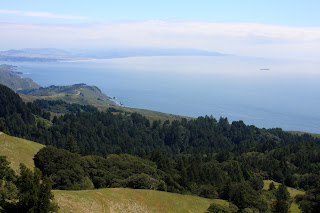 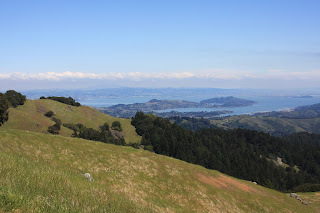